We can look back now and understand stories like this as simply expressing the mechanics of middle-school culture. They become written off as natural to the age, and ultimately something we grow out of. As we mature, we acquire the skills to combat those powerful forces that aim to shape and define us and we instead define ourselves based upon some truer, more authentic set of standards—truer, we say, because of experience, education, and maturation.

Socrates, the Ancient Greek Philosopher, was interested in understanding more about this “truer sense.” He would travel around Athens asking lawyers about justice, soldiers about courage, artists about beauty, and lovers about love. Surely these people who defined themselves by these virtues could explain them with certainty. However, after leading these men into a series of logical contradictions, conversations always ended in a state of aporia, a Greek word that means an impasse, and the smartest men of Athens were left with doubt. So what do these “experts” do when the solid foundations of their personal belief systems were destabilized? They put Socrates on trial and sentenced him to death. 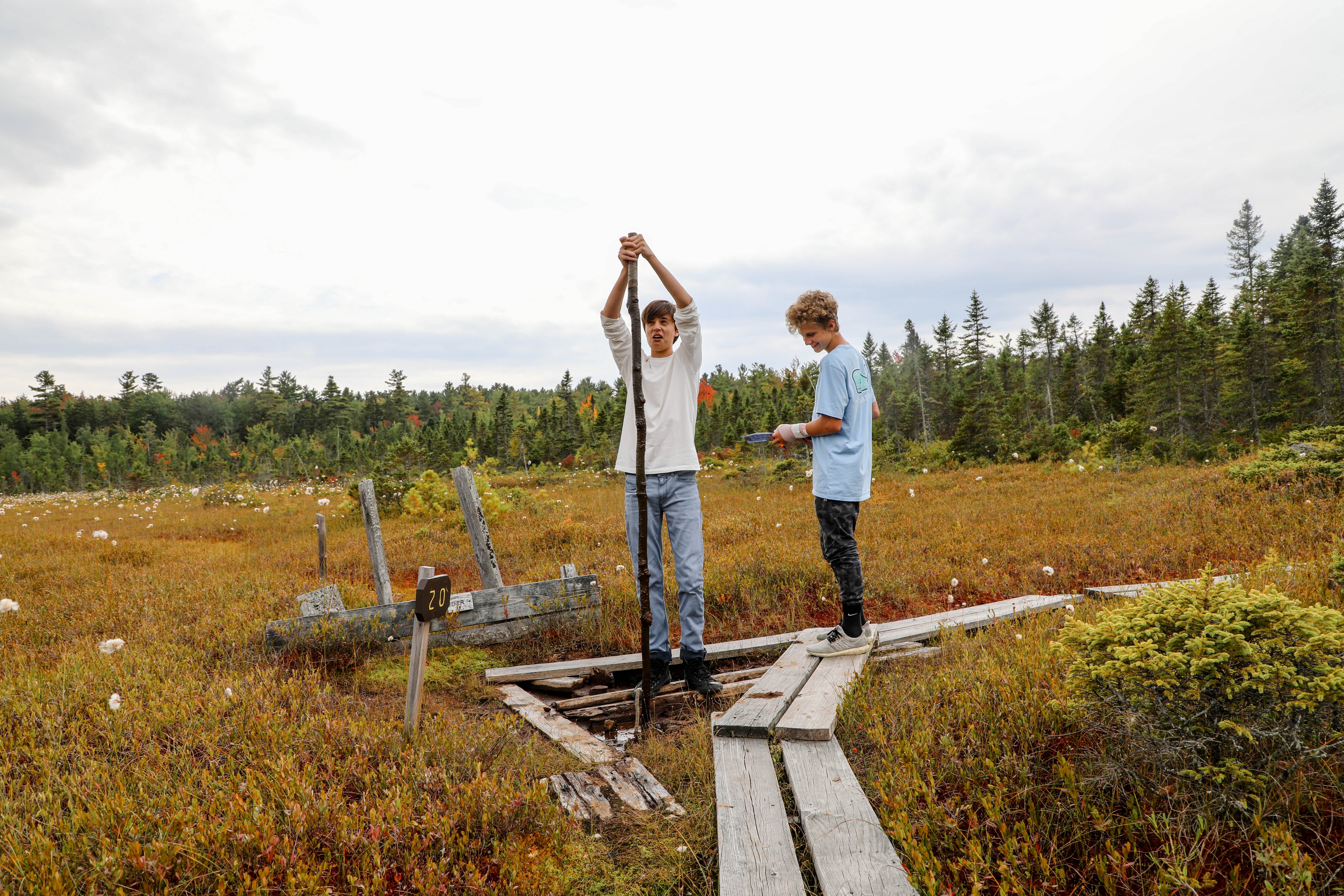 We seek self-definition and social stability and when a threat emerges, our reaction is to reject it, ostracize it, close up, or seek something to reaffirm our beliefs. Many of our younger students are coming to Proctor desperately trying to avoid the anxiety that comes along with this kind of instability—and the powerful forces of consumerism, social media, and traditional education are all too willing to help provide definitions.

An advertising campaign from the early 2000s that asks “what kind of Volkswagen are you?” is an example of explicit identity-targeting, but any parent who has met resistance at the mere suggestion of purchasing an off-brand piece of clothing over the “real thing,” knows just how strongly branding is tied to identity. Scott Allenby has written about various external forces of manipulation here and here and here—in the third he specifically references a Hidden Brain podcast on the influence of brands on our identity. A traditional educational approach, one heavy with rules and definitions, where students are asked to memorize and regurgitate, and are offered promises of a world with definite answers, can also be a manipulative force. While a definitive worldview may at first glimpse relieve some of the anxiety of the unknown, Socrates would claim that it is far from living close to Truth.

Last Monday, two of my classes had the pleasure of listening to Professor of Philosophy Emeritus at Trinity College, and esteemed Plato scholar, Drew A. Hyland speak. Most recently, Hyland has published on aporia not as a state of impasse, but as a way of living. He says Socrates shows us that definitions are rarely definitive and when we try to construct our self and our understanding of the world with too many definitions, we close ourselves to whole realms of possibility. We may be safe from the wolf in our solid house of bricks, but we miss out on the opportunity to smell the flowers, to meet a kind neighbor, or to spend a term sailing aboard a schooner from Boston to Puerto Rico. Aporia is a state of acknowledging that you don’t know; but in the process of reaching that awareness, one has to question and listen, think and react.

Hyland describes this state as one of open responsiveness. The author of many texts on the Philosophy of Sport, Hyland explains the etymology for competition is to strive or inquire together; the ideal player is playing with, and is open to, both his teammates and members of the other team. He likens aporia to that of a point guard who dribbles with her head up and can see both her defender and her teammates; she is one who knows the plays, but also knows how to deviate when the situation calls for it.

Hyland writes that ideal games are not those in which the outcomes are certain (blowouts), but rather those in which the outcomes are uncertain. Proctor’s mission statement supports a life of aporia, where students live and learn within a community that values the individual and recognizes the potential of each member to stretch beyond what was thought possible. A community embedded with adults who understand and appreciate that the potential and the stretching of the possible can only happen through questioning, critique, and reflection.

Every year I give my Philosophy in Literature class a short Bertrand Russell piece entitled “The Value of Philosophy.” In it Russell says to the person who doesn’t question, the world becomes “definite, finite, obvious; common objects rouse no questions, and unfamiliar possibilities are contemptuously rejected.” Both identity and our worldview stagnates and solidifies; we close-up, stop learning, and stop growing. Unfortunately the effects of this “solidification” are all-too-easily seen in growing racist and anti-immigration sentiments, the resurgence of nationalist ideology and the increasingly partisan political divide. Russell continues:

Philosophy, though unable to tell us with certainty what is the true answer to the doubts which it raises, is able to suggest many possibilities which enlarge our thoughts and free them from the tyranny of custom. Thus, while diminishing our feeling of certainty as to what things are, it greatly increases our knowledge as to what they may be; it removes the somewhat arrogant dogmatism of those who have never travelled into the region of liberating doubt, and it keeps alive our sense of wonder by showing familiar things in an unfamiliar aspect.

It is true, in some ways my experience in middle school was a phase. I found passions in high school and college and my “John-strut” faded away. Thanks to some great mentors and teachers like Professor Hyland (my advisor and teacher in college and current grandparent of a ’21 Proctor student who happens to also be my advisee), I learned, yes, to question myself and my core beliefs, but to also be okay when those questions fail to yield definitive answers.

I feel lucky to work at a school that supports this ethos in its mission and in structures like non-hierarchical dorms, gender-neutral bathrooms, teachers on first-name basis, interdisciplinary classrooms, and of course our off-campus programs. I feel fortunate to work with colleagues who embrace failure, and work with students on their journey. By not only teaching students to assess the things they know to be true, but, perhaps more importantly, allowing them to be okay with uncertainty, we are positioning students best for aporia. In doing so we are pursuing our mission by developing open and responsive individuals who will become life-long learners and compassionate community members.