Our two-month adventure in Europe started in the United States, specifically in Boston after we said goodbye to everyone’s parents and Kayden. There was obviously a very indisputable sense of excitement among us that night. We left Boston that evening and after hours of flights and layovers, we finally found Dave and Jen waiting for us at the airport, along with Fifi and Liv. At last, we were all united. 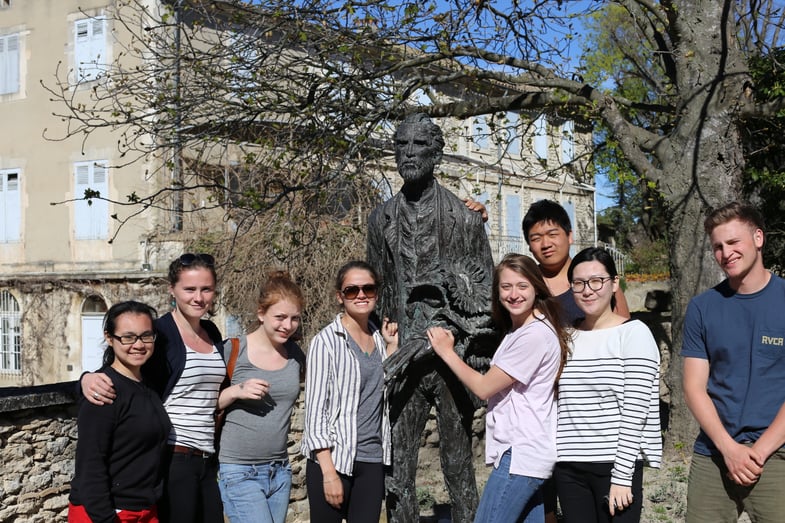 So we left the airport and decided to go for lunch in downtown Aix, where we stopped at a salad restaurant promptly after Dave and Jen introduced us to the main features of the area. Even though this was just our first day together as a group getting to know each other, there was clearly no holding back in our interactions with each other. 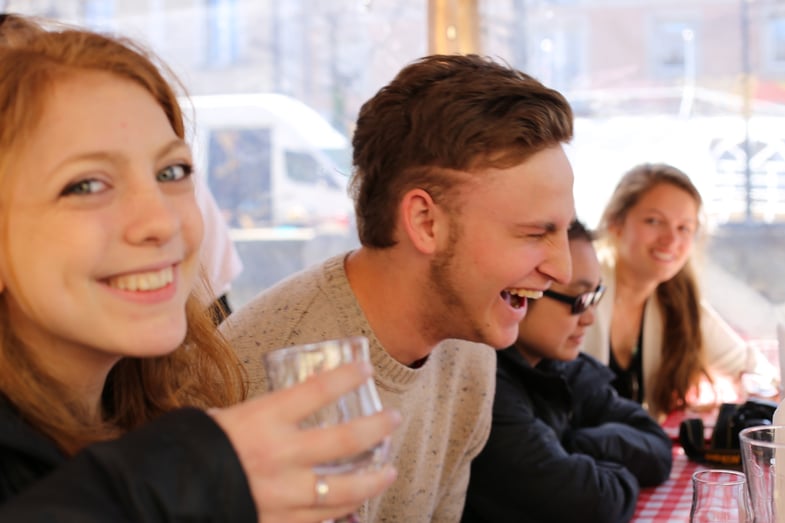 There was no need for ice breakers at all because we all talked so openly to each other and laughter exploded out of our conversations every once in a while. 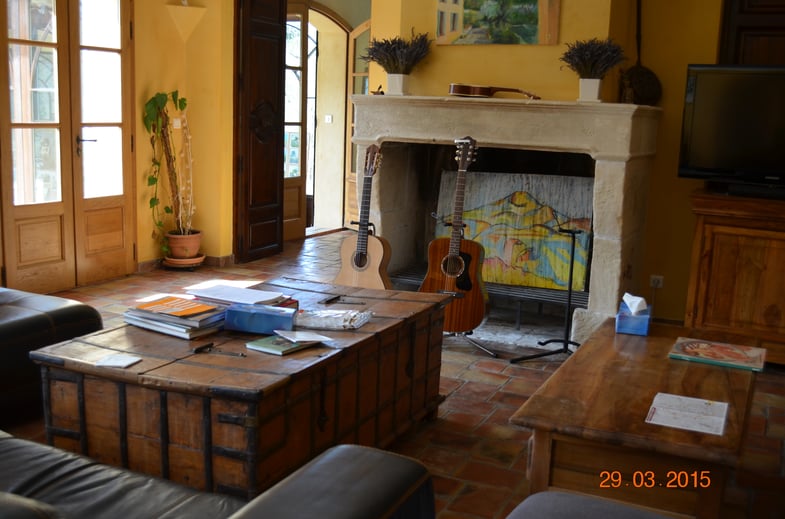 So after lunch and another long walk around town, Dave drove us home, which was a house on the side of a magnificent mountain that we were going to call our home for the next two months. After a long day of traveling and exploring, we were ready to just settle down for dinner and a long rest. 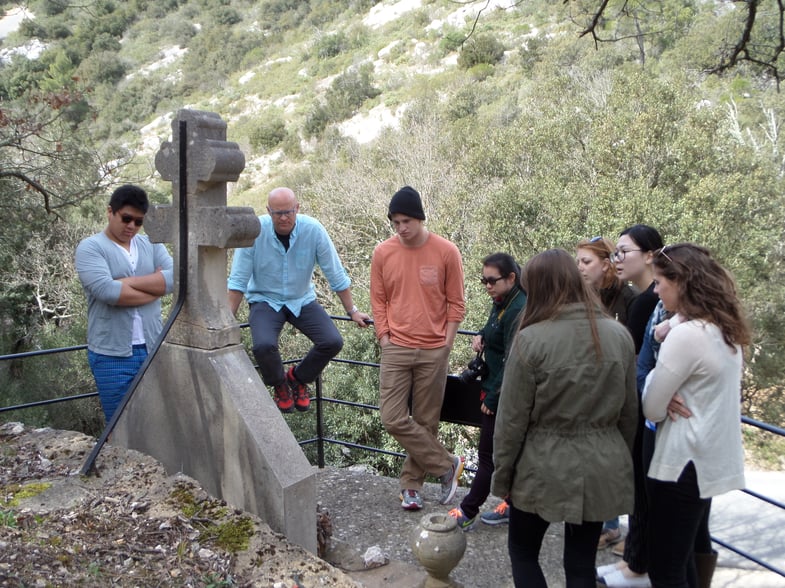 One of many roadside memorials to fallen French Resistance fighters, "le Maquis" during WWII and the German occupation of France.

We took another trip into town the next day to explore some more and came home to our first painting session with Dave. This was the first day that we were on our own and had to find our way around town, but since the majority of us had taken French before, that initiated our journey of immersing ourselves in the culture and language rather well. 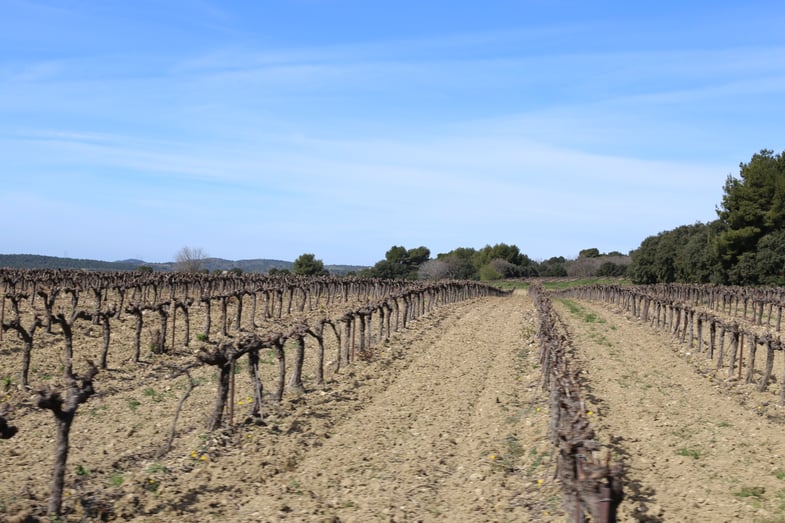 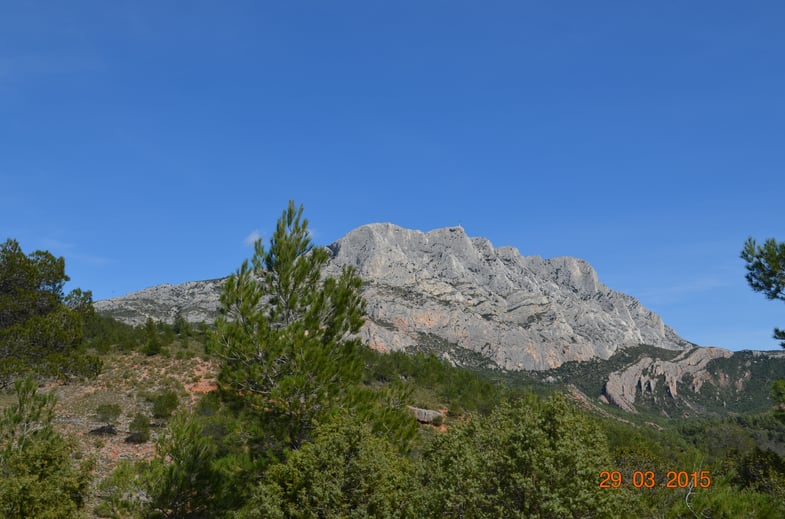 We had our first excursion the next day where we drove to Mont Sainte Victoire for our first picnic and official outdoor art session. We stopped at Domaine de Saint Ser winery on the way to learn about the special wine that comes from the smallest wine appellation in all of France. The view of the mountain was just glorious, the rocks in the distance reflected the sunlight perfectly on a day where the weather was our friend with just the right amount of cool breeze and wind. After a picnic and a nap, we went off in our own little corners and focused on capturing the beautiful scenery on a little page in our carnets de voyage.

The next few days were the first week of our official business in France, with classes every other day and excursions in between. 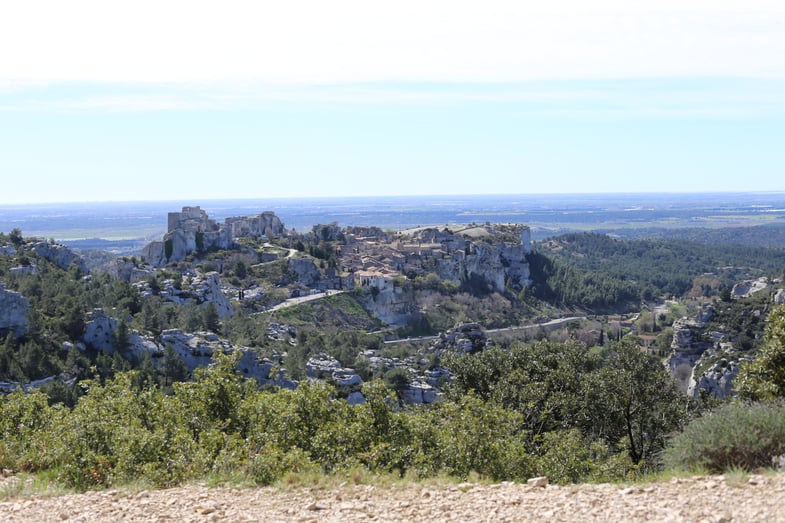 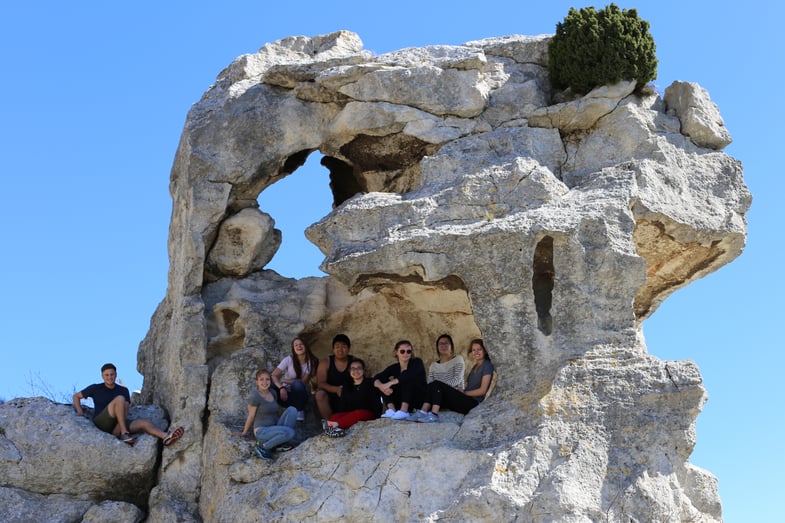 We visited a château area called Les Baux de Provence to have our picnic and painted the scene. On our way, we stopped at a Carrières de Lumière place to see the artworks of Leonardo da Vinci, Michelangelo and Raphael, but in a very very special manner. It was basically an enormous cave with huge pillars inside that serve as screens for a multi media show of these significant artworks, assisted with some kind of eery, religious music playing in the background. 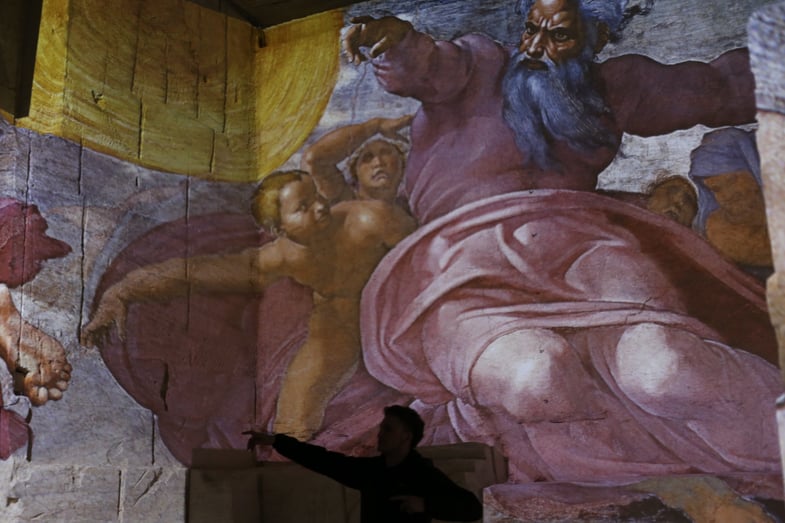 The pictures that moved around on the old quarry walls and crossed the floor gave me sort of an adventure back in time to glimpse a part of life back then. It was truly breathtaking, and especially for me, because my Catholic background, helped me create a connection to some of the paintings with a deep meaning and depiction of my religion. 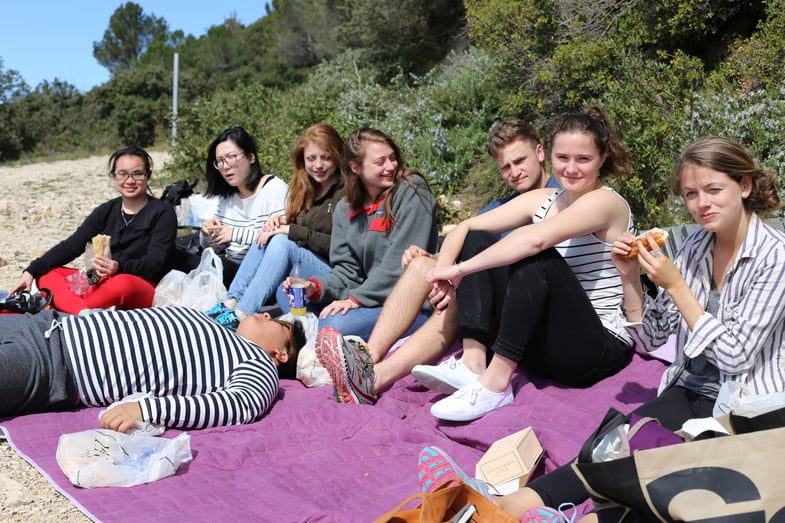 We had our picnic on a hill overlooking the ancient village of Les Baux de Provence, which seemed to be a perfect scene for an oil painting. But for some bizarre reasons, my painting experience took a weird turn after the wind knocked it down and turpentine spilled on the ground. Luckily, my painting wasn’t ruined but it turned out to be completely different from how I envisioned it. 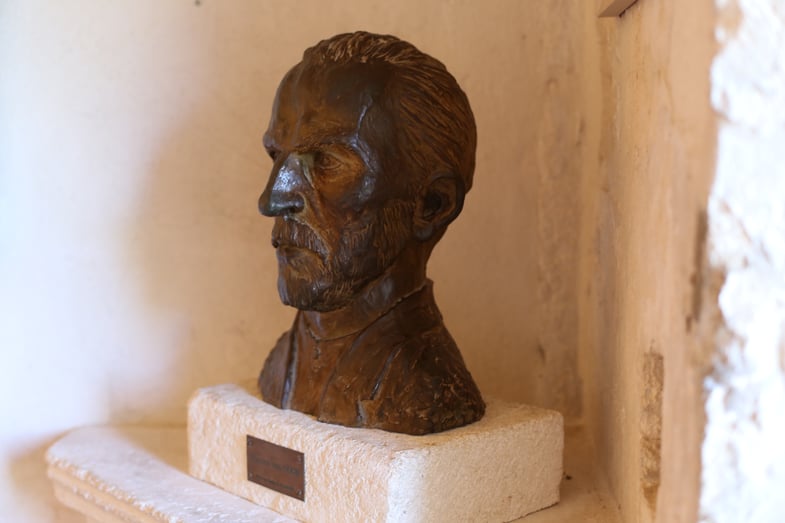 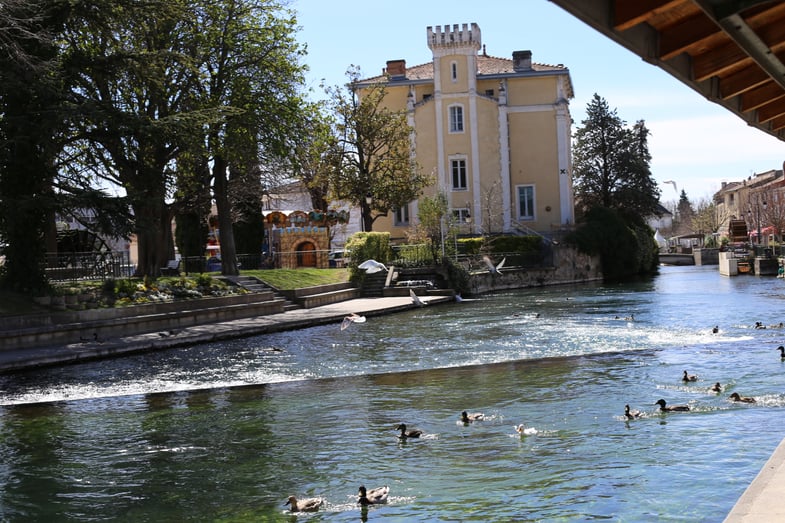 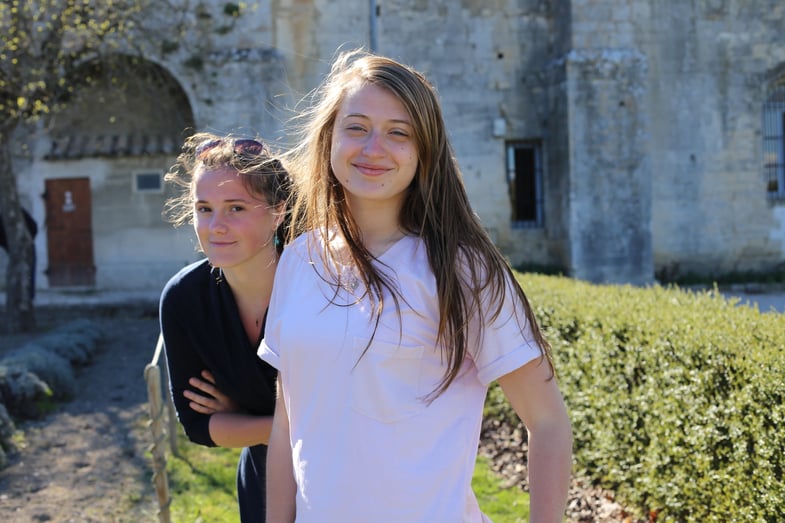 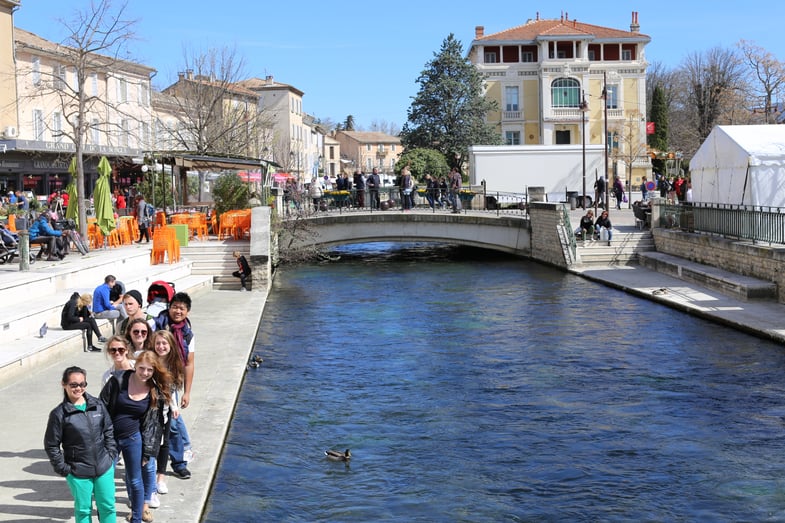 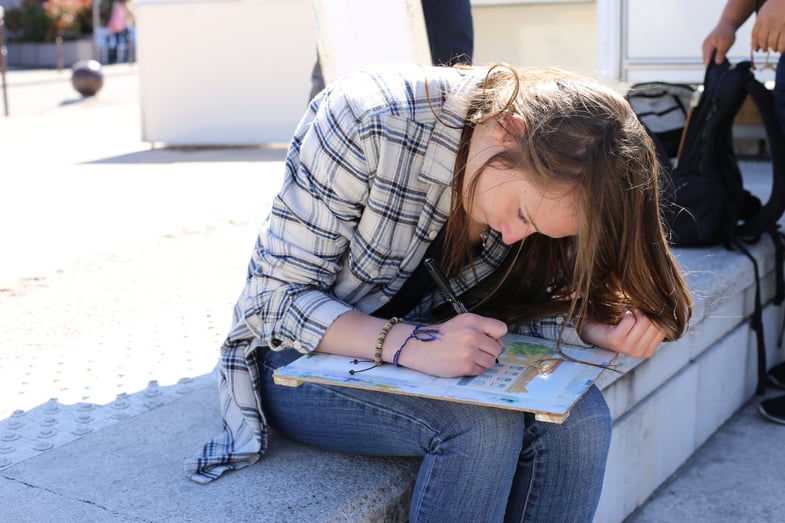 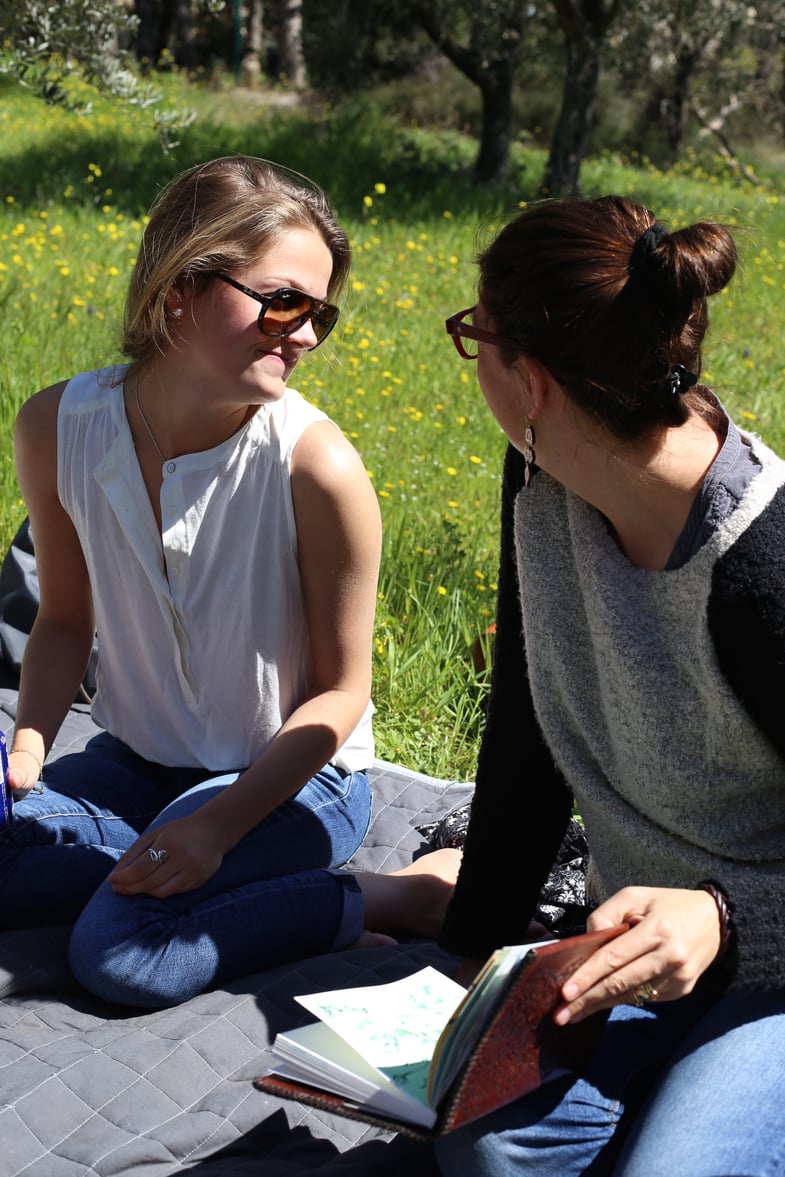 Our other excursions included a trip to a château in Lourmarin, a castle surrounded by vast green fields, and to the hospital where Vincent Van Gogh stayed, and to the Domaine de Turcan next to the Château d’Ansouis. 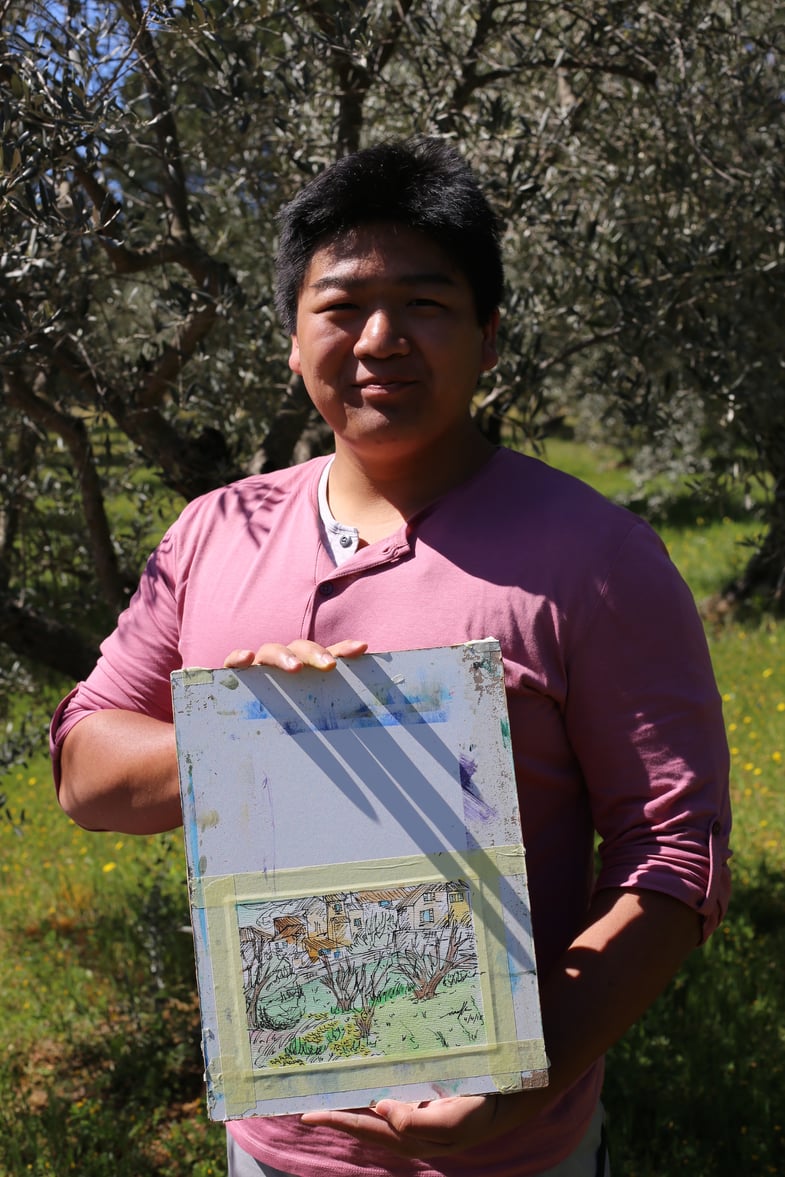 Our lives in Europe aren’t limited to just the things we do on our adventures outdoors, but also back at our home and in our little van. Paired cooking is a great bonding experience as well. Who knew pounding chicken breasts with a hammer could create such a special moment? 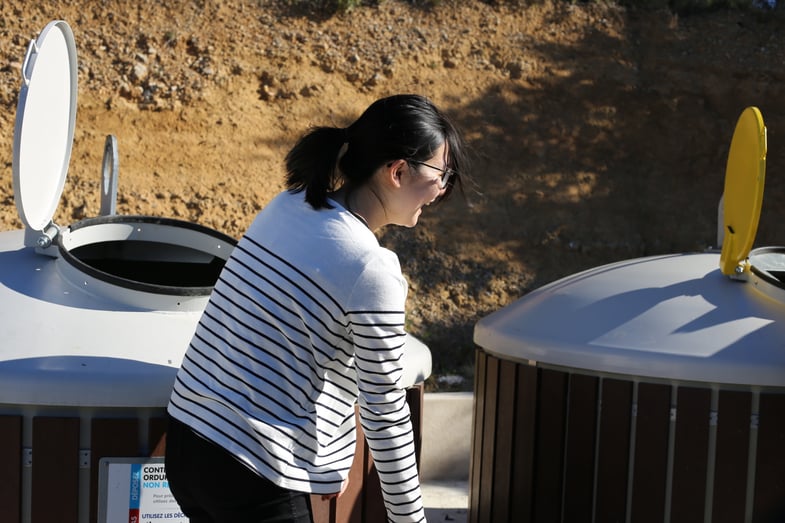 Who knew that late night boar hunting could generate so much hilarious nonsense and so many inside jokes? And who knew that singing along to silly songs with absurd lyrics played on French radio stations could make such an impact on our memories? 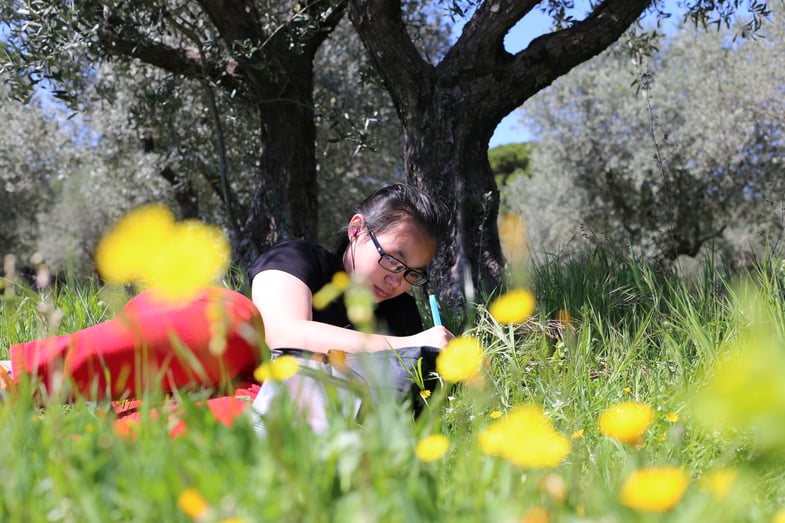 Now that this week is over, I am ready to explore new places in this next week, improve day by day with my art and French, and prepare for our first major trip to Paris. I can’t wait!