As mid-term quietly passes, we had a special  guest coming from Proctor-- Jill! As Dave jokes “New Hampshire people always bring New Hampshire weather with them…” Jill arrived on a cloudy day in Provence. 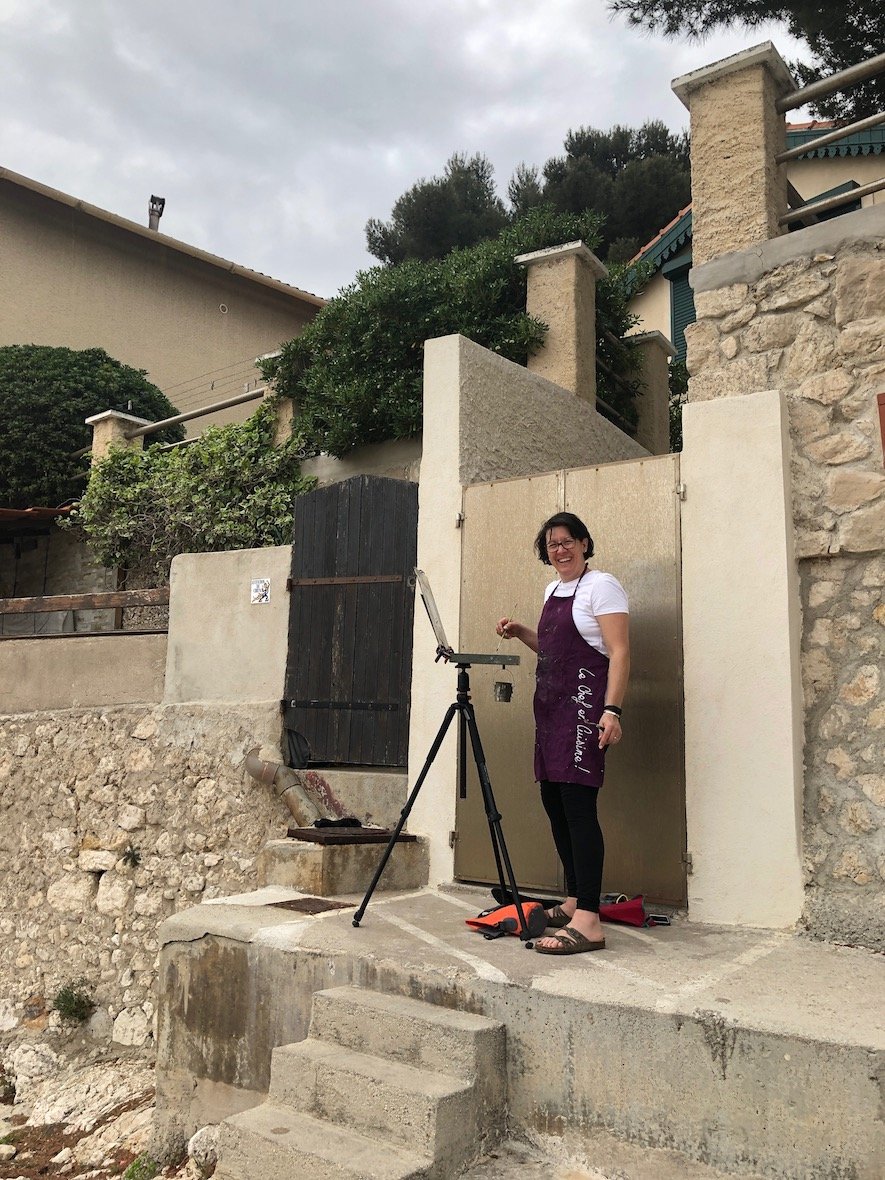 Although Jill was tired from flying, we didn’t let her rest, and brought her on our excursion to Niolon- a coastal village. The sea was turquoise up close then slowly descending into a dark navy blue. It was a windy day yet we still painted and Jill did her first painting with us. The wind blew so hard at times though that some of our easels fell on the rocks. 10/10 for perseverance!

Just as we were finally ready to be back on our regular schedule, heavy rain hit us. Being flexible, Dave decided to take us in town to visit Musee Granet. Musee Granet used to be an art school in which Paul Cezanne was once rejected. Some of the highlights were several Cezannne paintings, two Rubens, and a small Rembrandt. A greater surprise came as we went into Chappel Granet. The collection go art in this place consists of multiple Picassos and a Monet Painting. 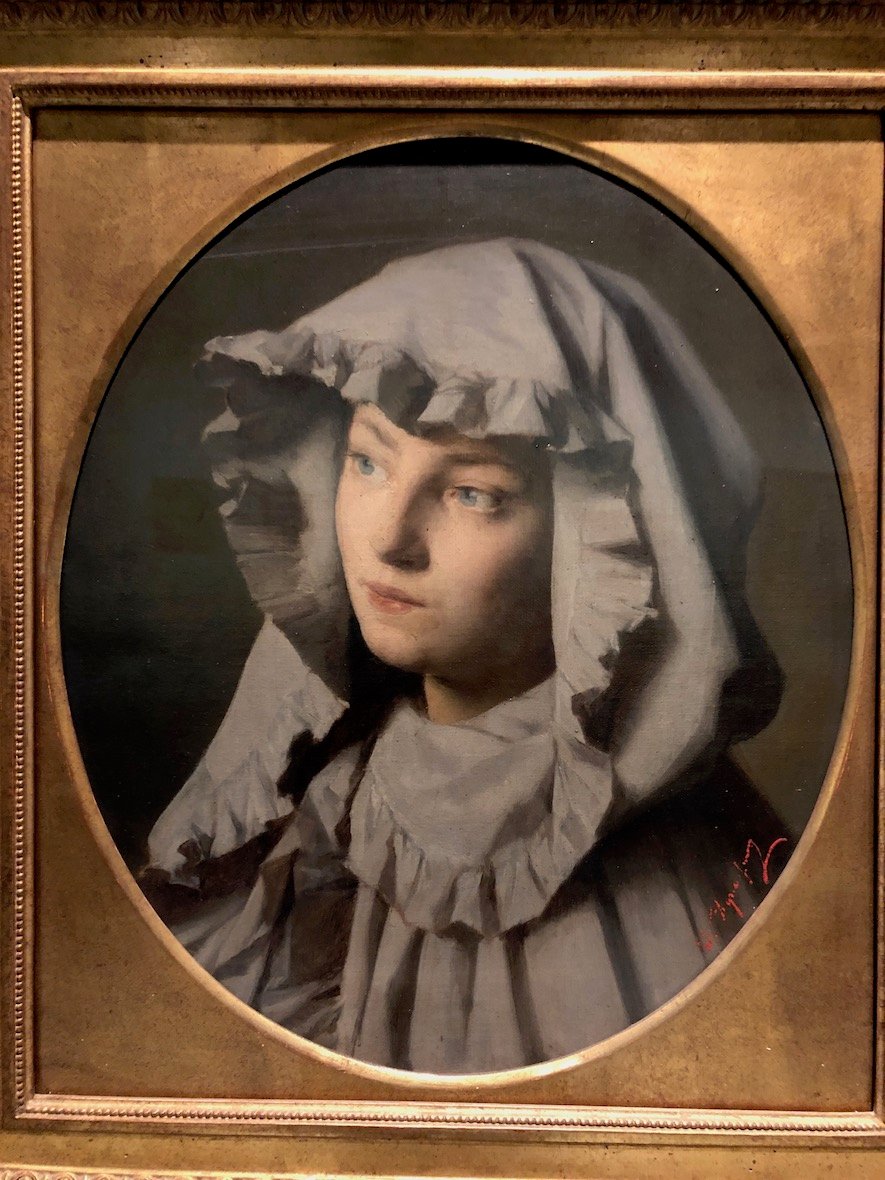 Art didn’t stop there though. Two days later, we found ourselves reliving Van Gogh’s life. In Carriere  Lumiere, we saw huge cave projections of Van Gogh’s paintings along with some Japanese works. 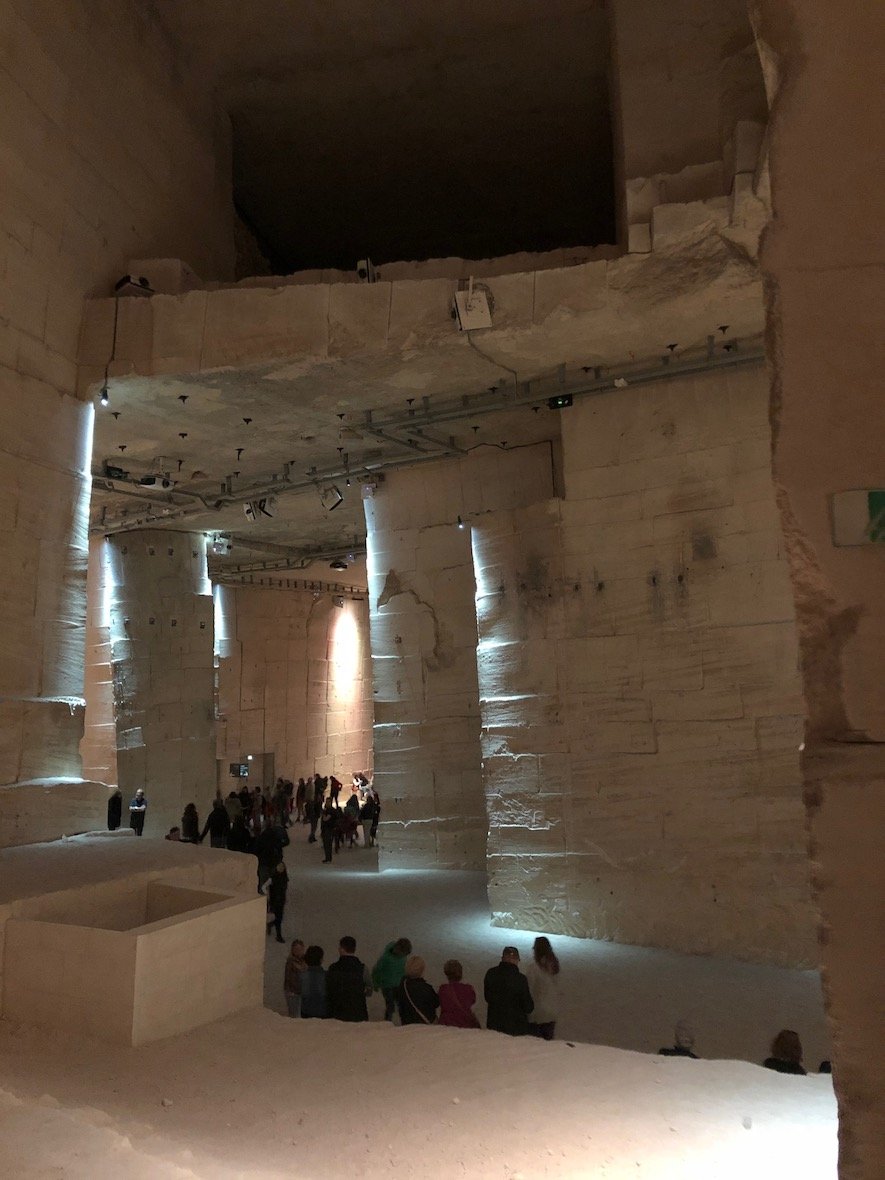 We had a picnic on the top of a mountain overlooking Les Baux, and its visitors. Later in the day, we found ourselves painting and touring the mental hospital where Van Gogh stayed. 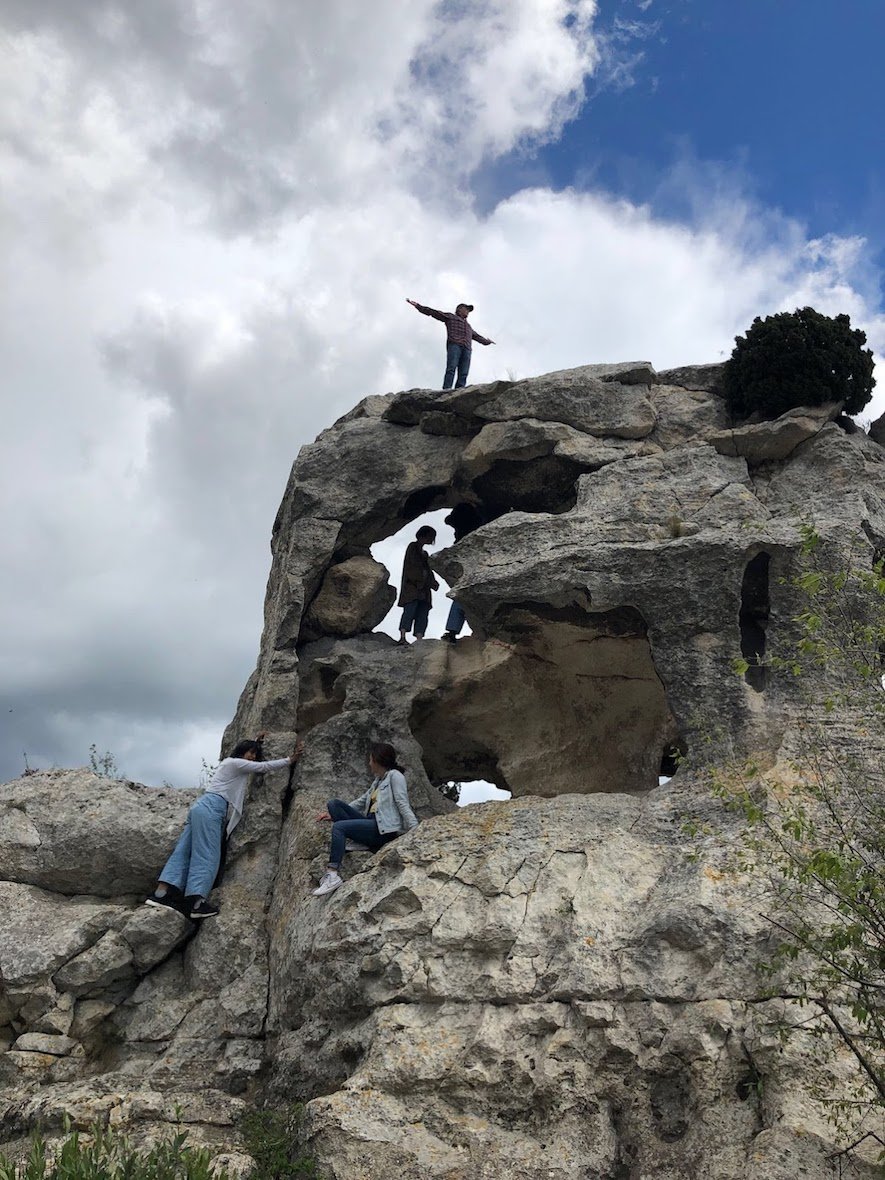 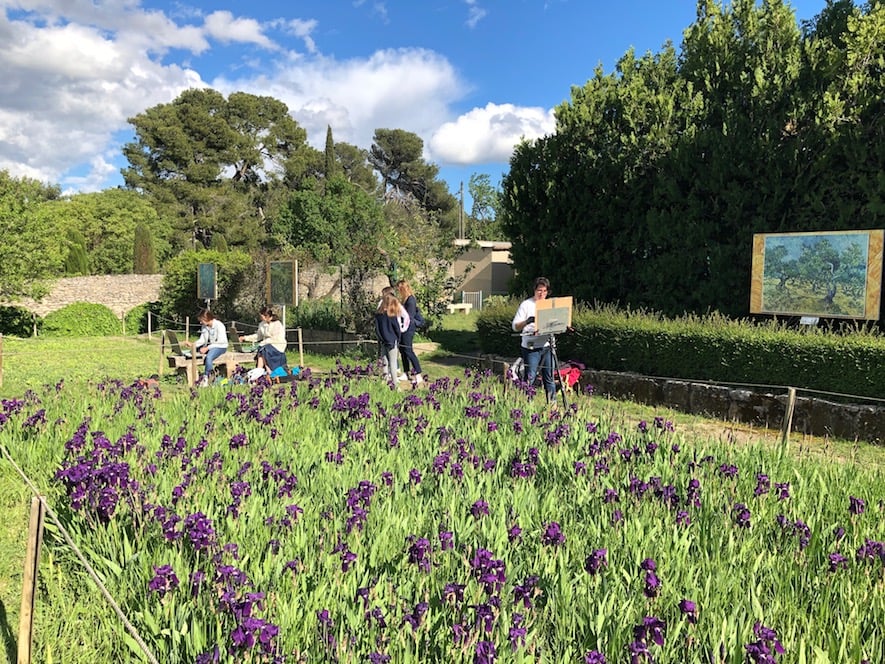 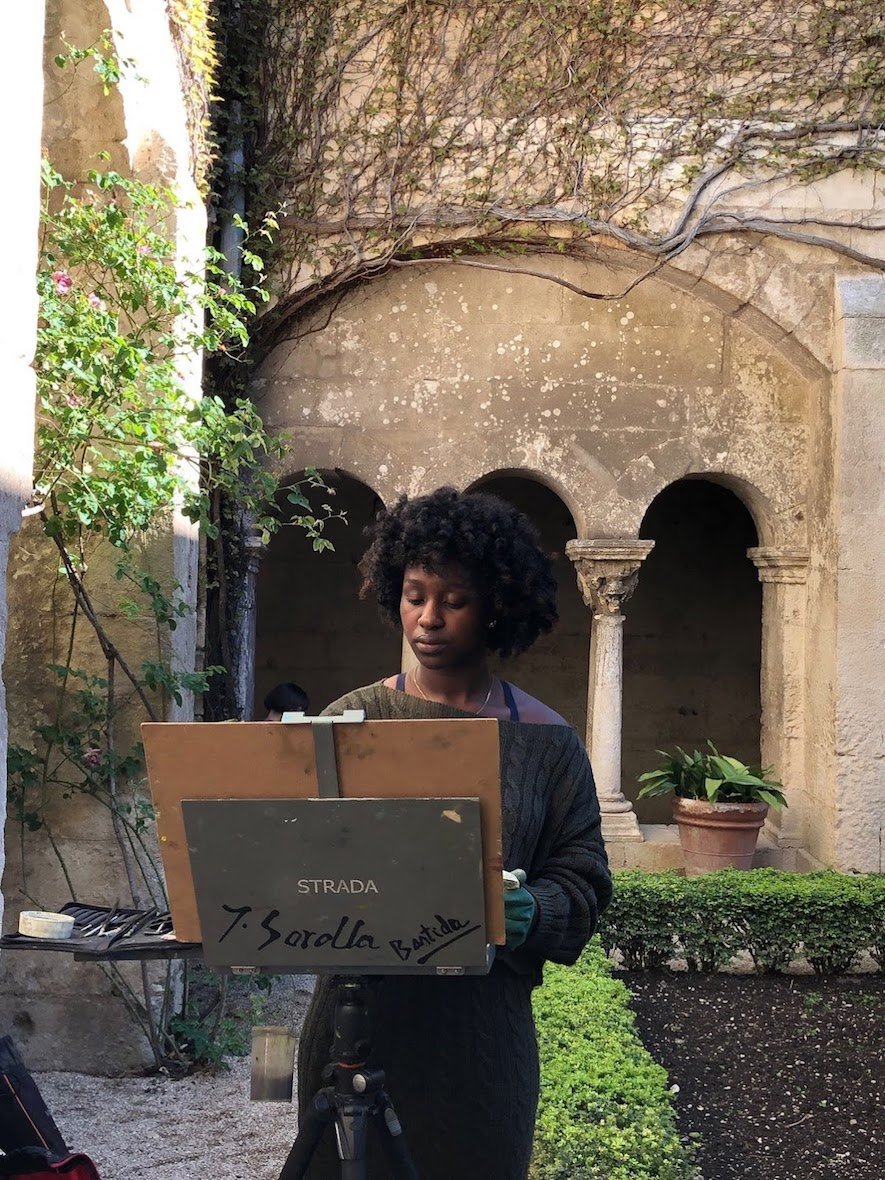 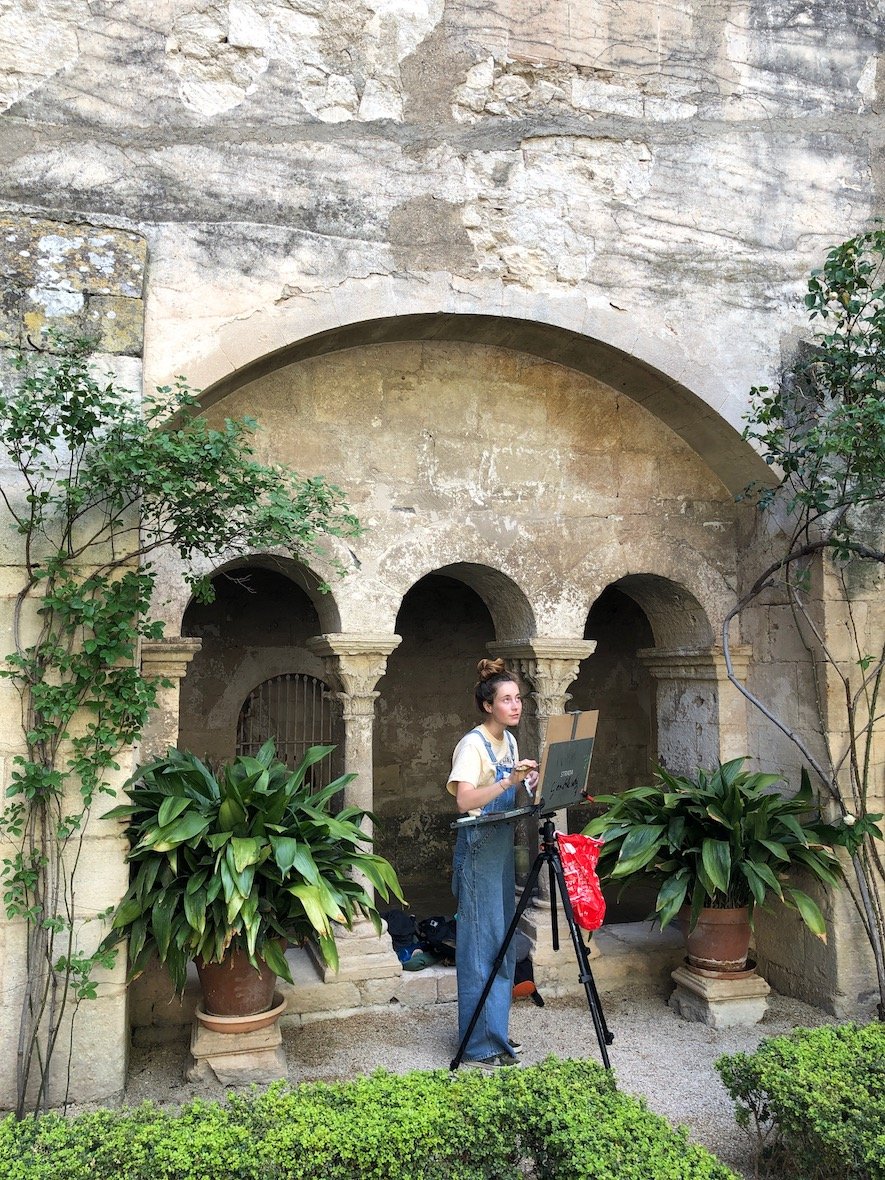 While everyone at Proctor was at prom, we had some fun dressing up and going to Le Festival de Paques to listen to an Orchestra. The theme was Beethoven. Later that evening we sent notes to our friends at Proctor with Jill who would be leaving in the morning. Safe travels, Jill! 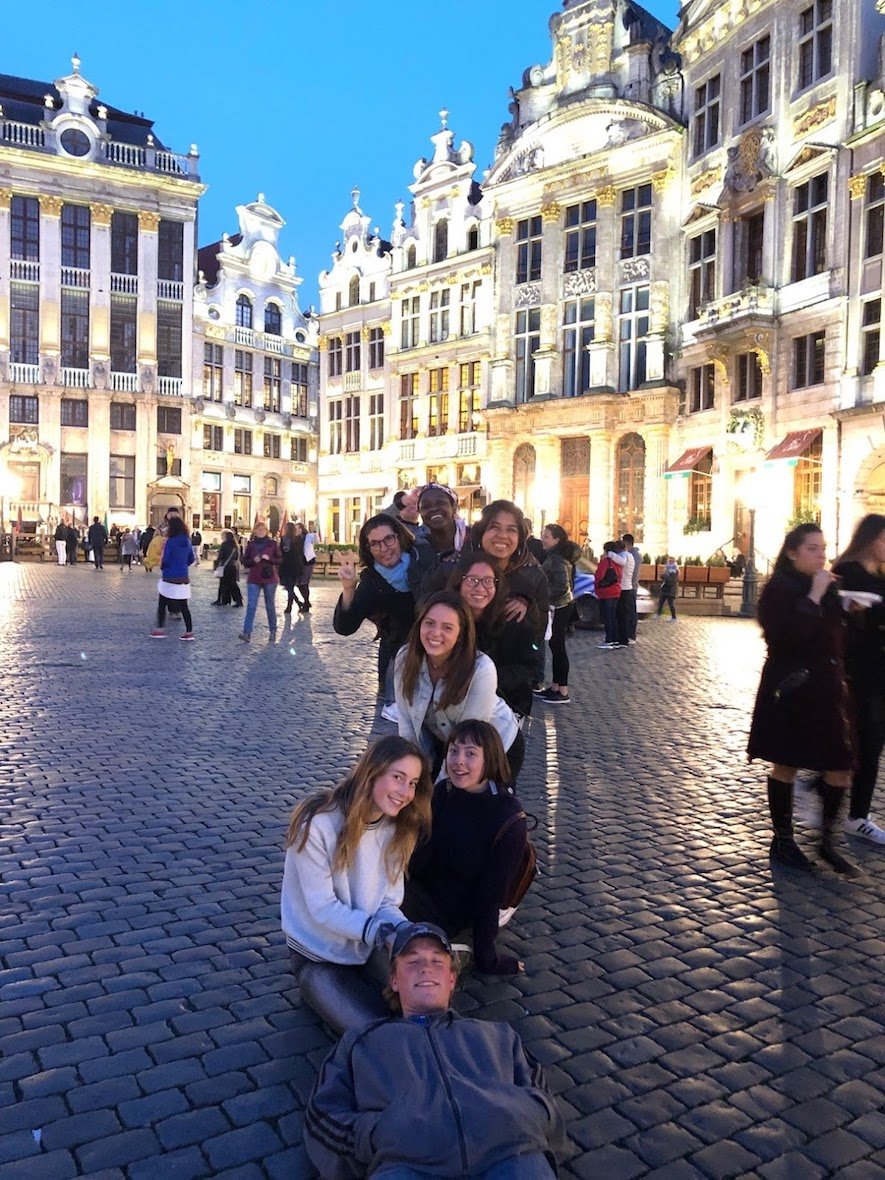 Being in our new month of May, we went on our second long voyage to Belgium: the land of chocolate, handmade lace, and waffles. The Grand Place in Brussels was surrounded by Gothic and Baroque Buildings and within this beautiful surrounding we had dinner at a place called Cave Du Roy (Cellar of the the King). 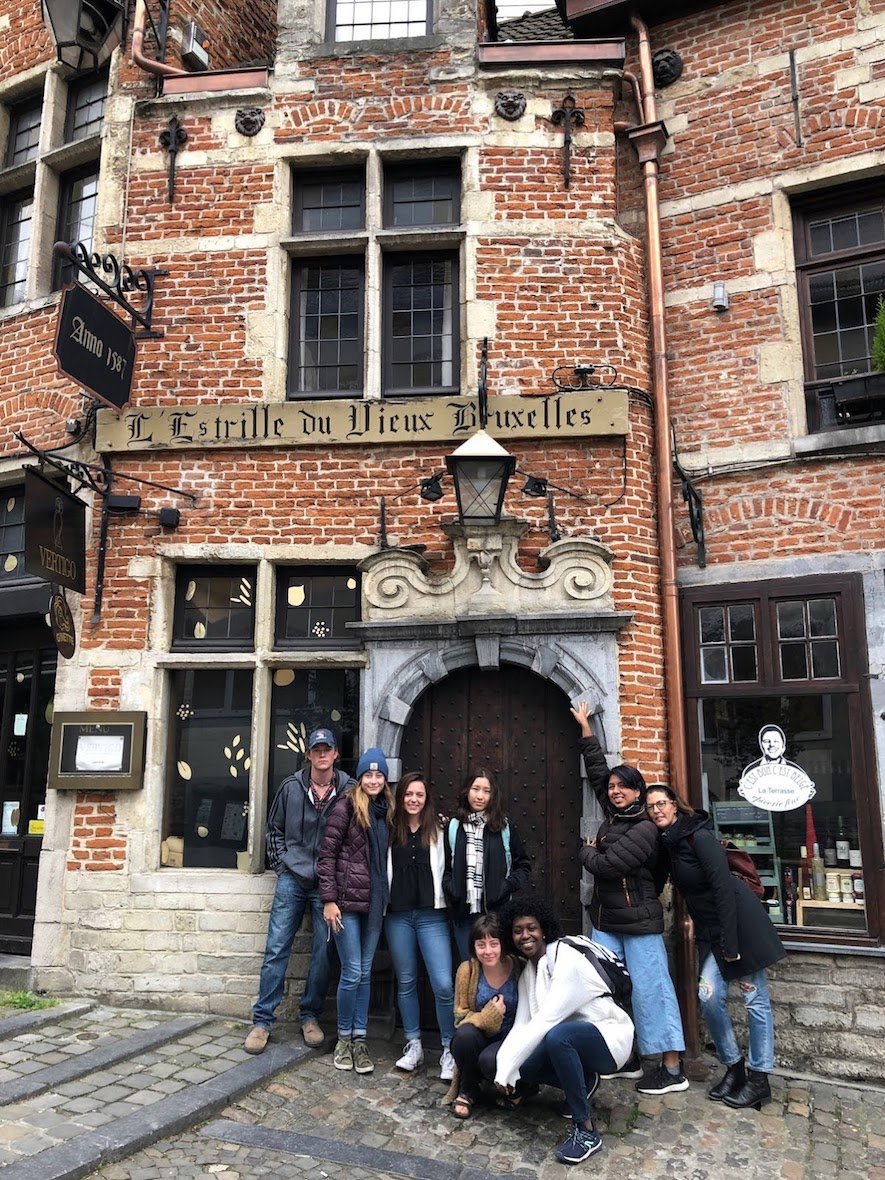 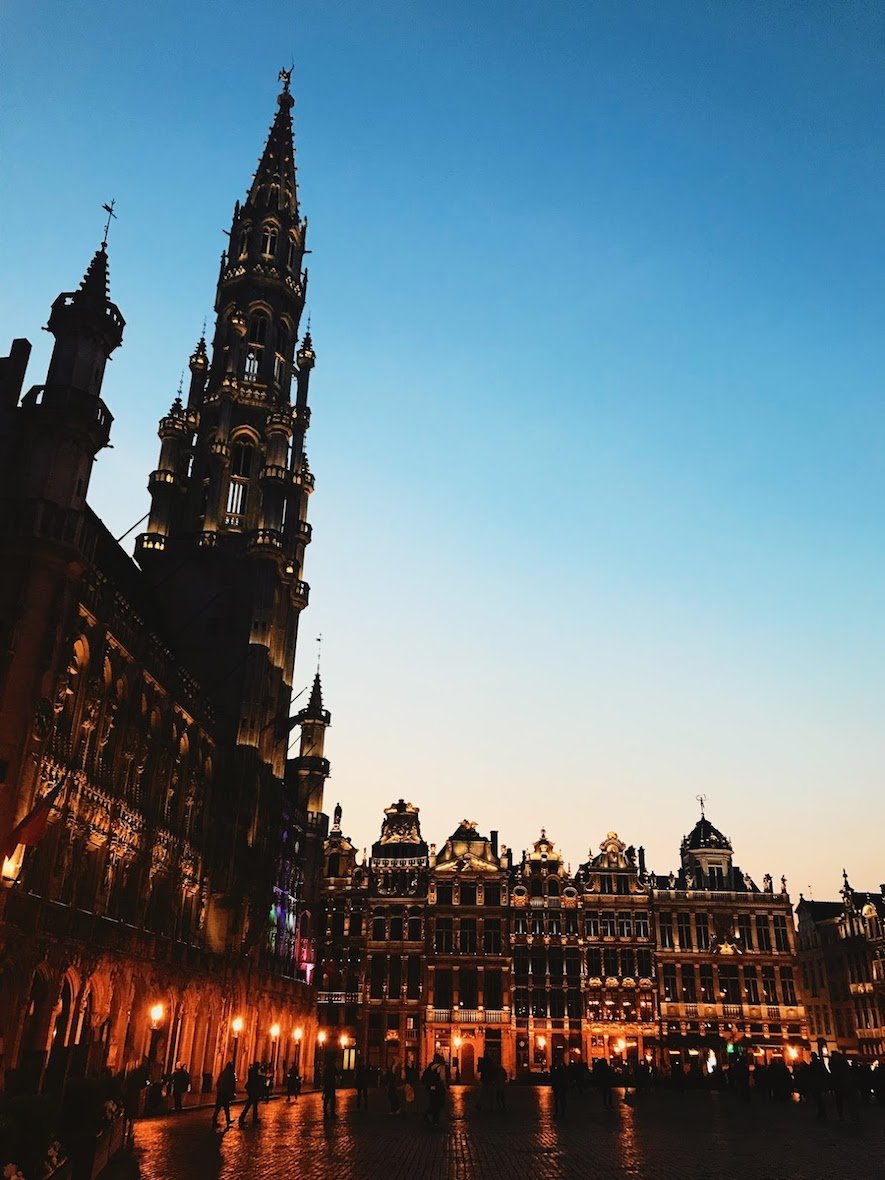 Unlike Aix en Provence, Belgium was all cloudy and humid during our visit. However, the clouds did not darken our excitement as we set off on a trip to see a real life fairytale town - Bruges. Bruges is the best preserved medieval town across Europe, perhaps even the world. 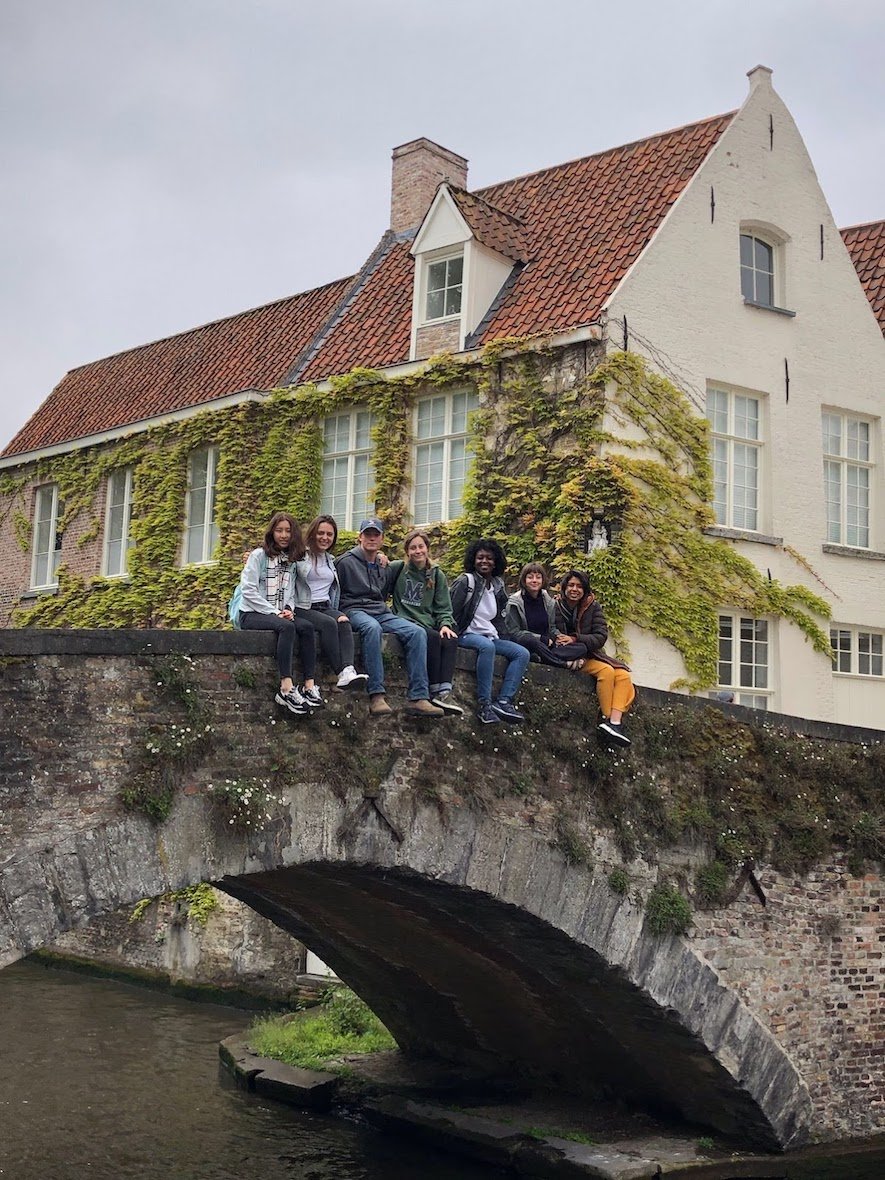 As we entered Bruges we saw churches with tall steeples and pointy arches. Buildings that were lining sides of roads were tilted and unlevel due to the loose bases of soil, and underground rivers. The above ground rivers intertwining with the town reminded me of Holland and sometimes Venice.

In fact they call Bruges the Venice of the north.  Catching a boat ride from one side of town we got to see all the buildings that surround the river system, and we also saw the second tallest brick steeple in the world. 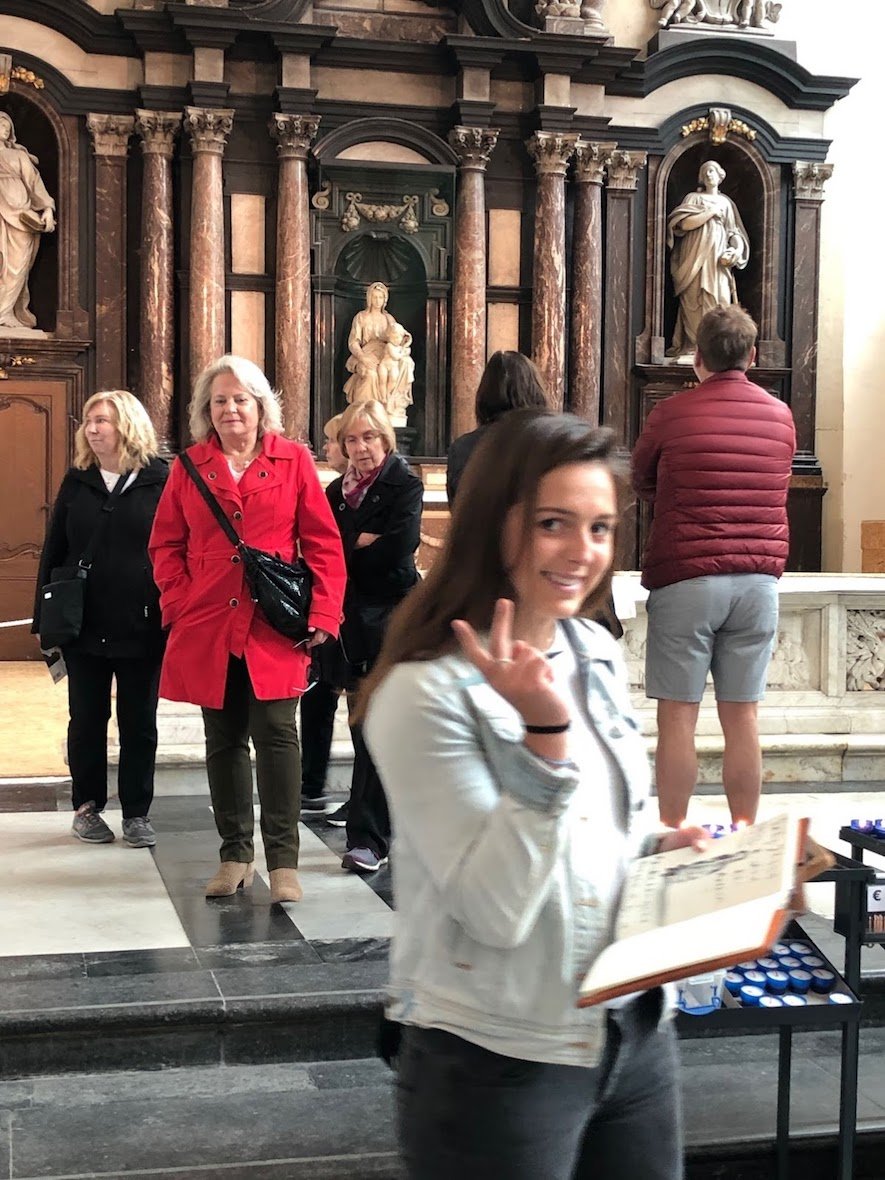 In Bruges we saw a masterpiece by Michelangelo - The Madonna and Child. This beautiful sculpture was the only piece of his art to ever leave Italy during his lifetime. 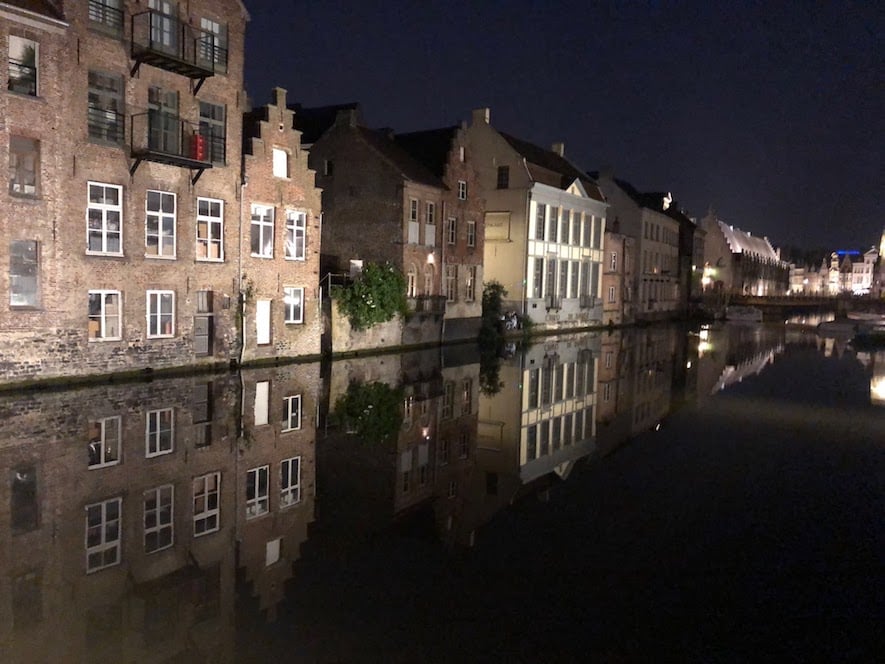 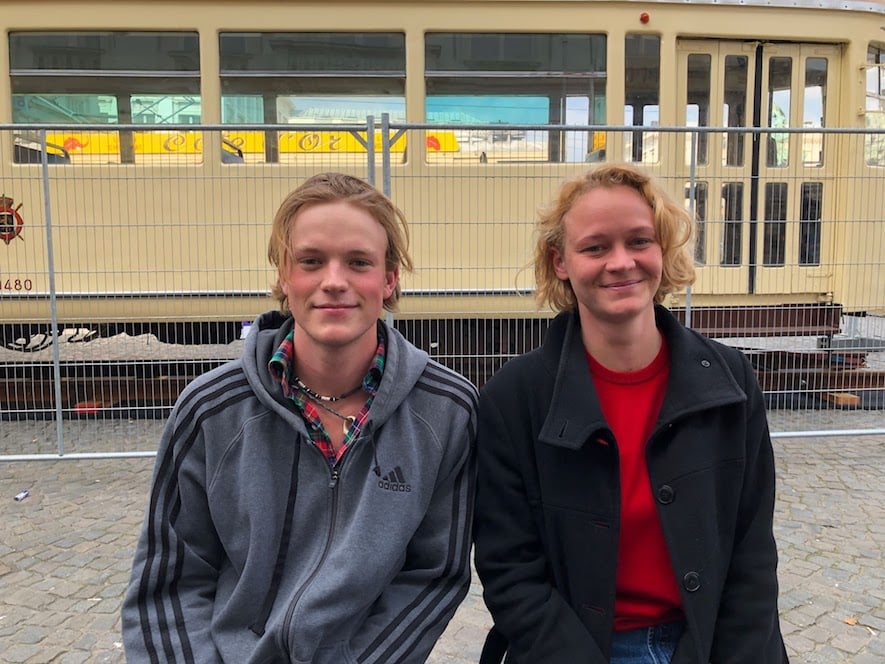 Some of us found our global twin. Serendipity after looking at great art. 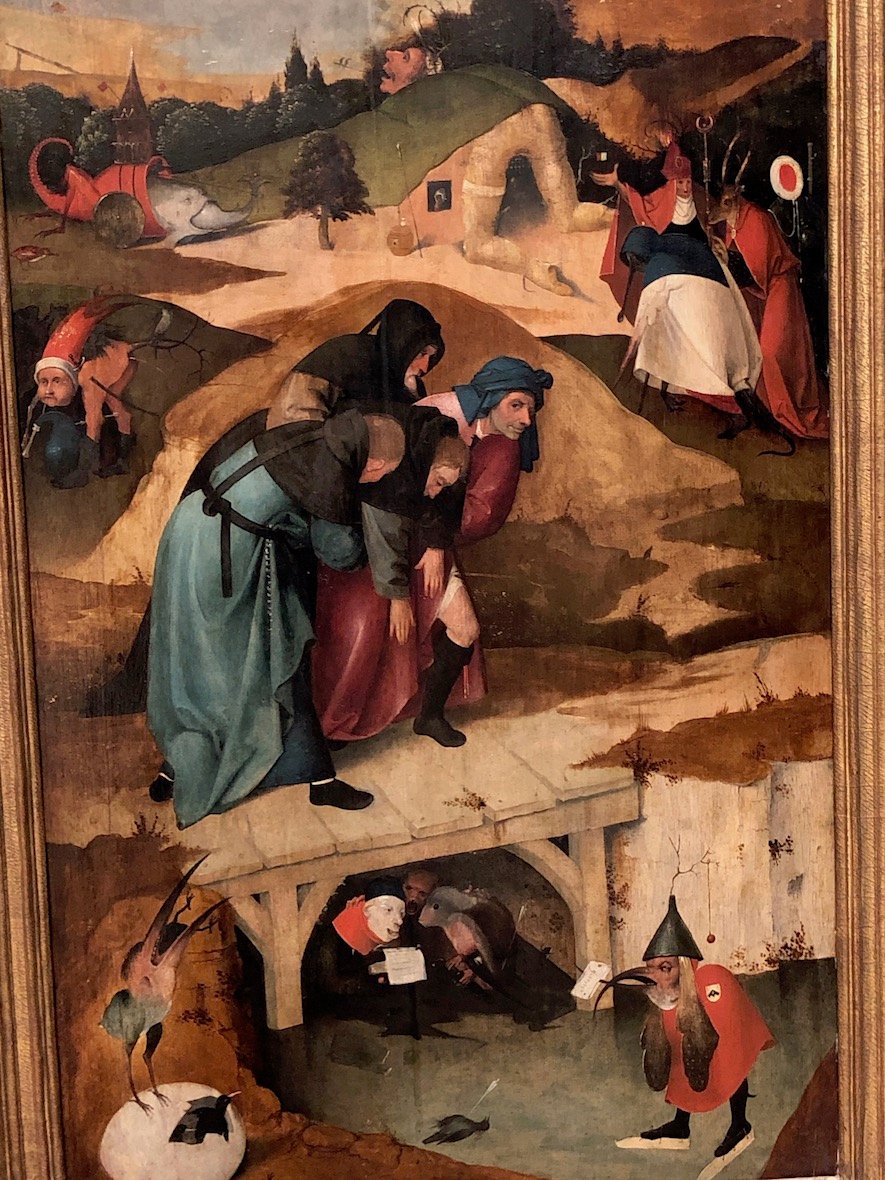 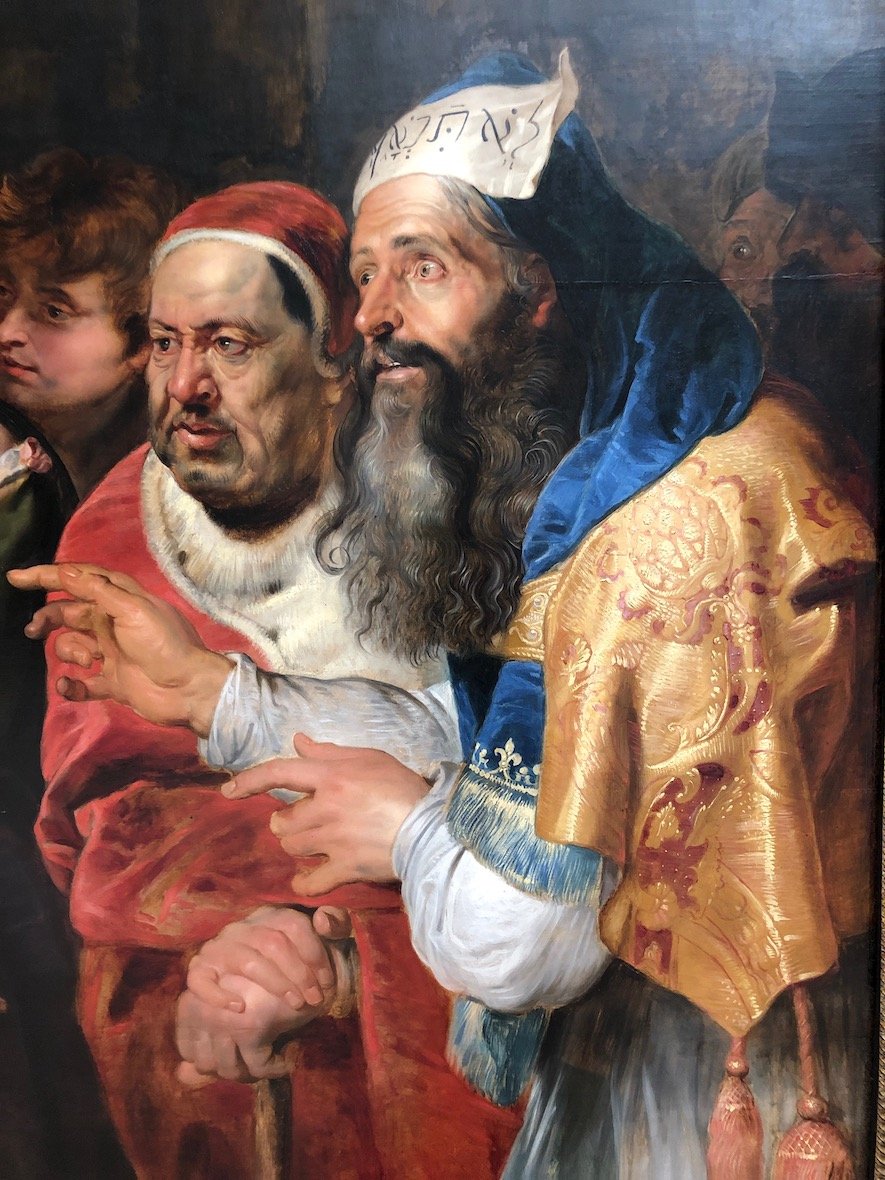 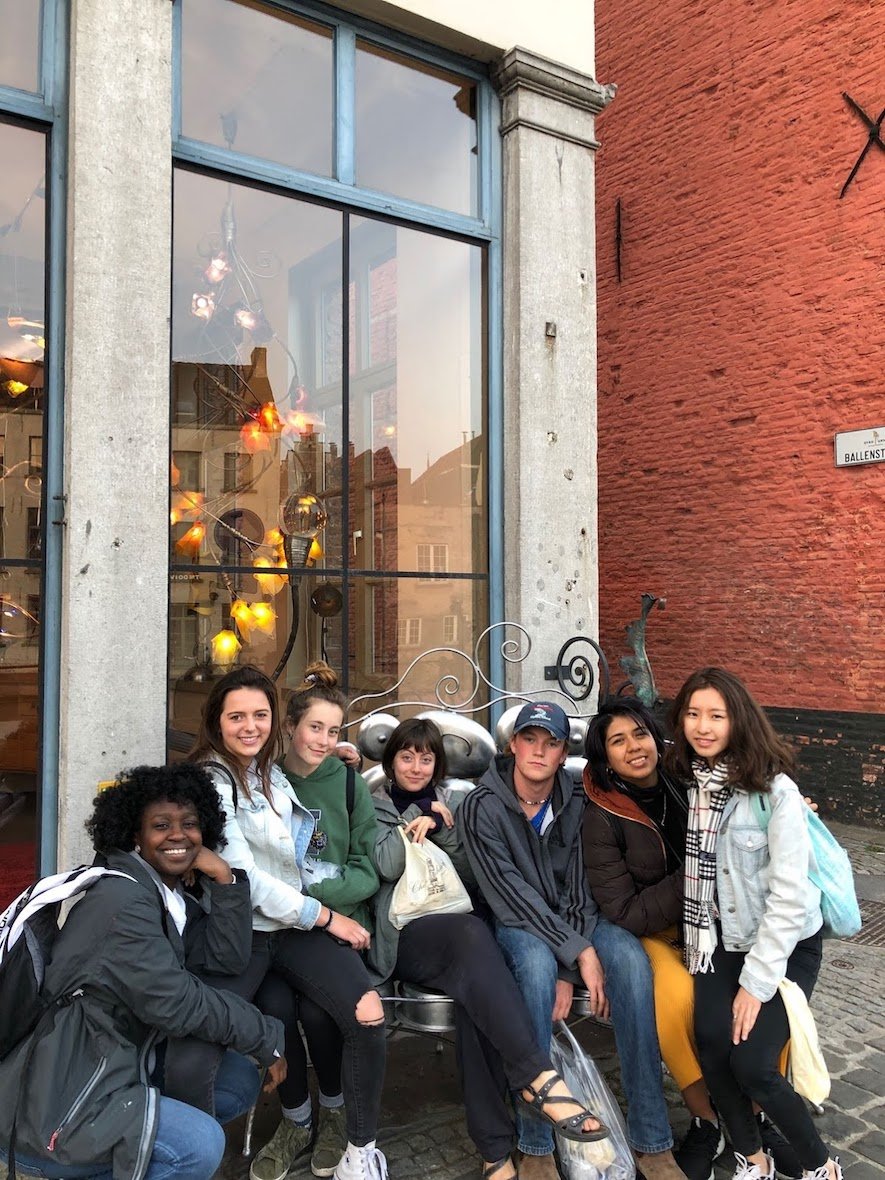 There is nothing constant in this world but inconsistency. The next day was bitter and sad, some of us had to leave yet the rest of us had to move on. Modern technology allows us to connect in many ways even though we may not be together physically, and despite the distance between all of us our hearts are together. 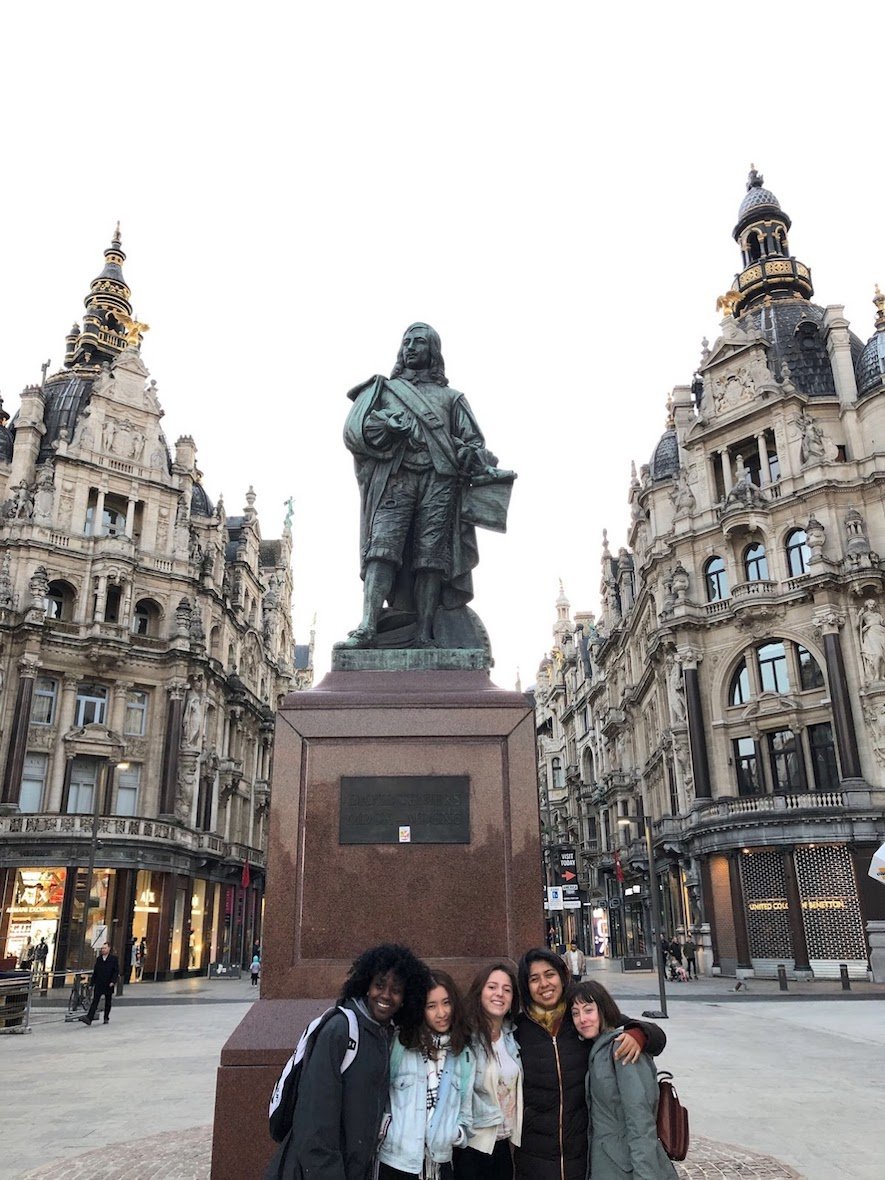 The rest of us ‘voyaged’ to the city of diamonds and the great Flemish painter Peter Paul Rubens - Antwerp. 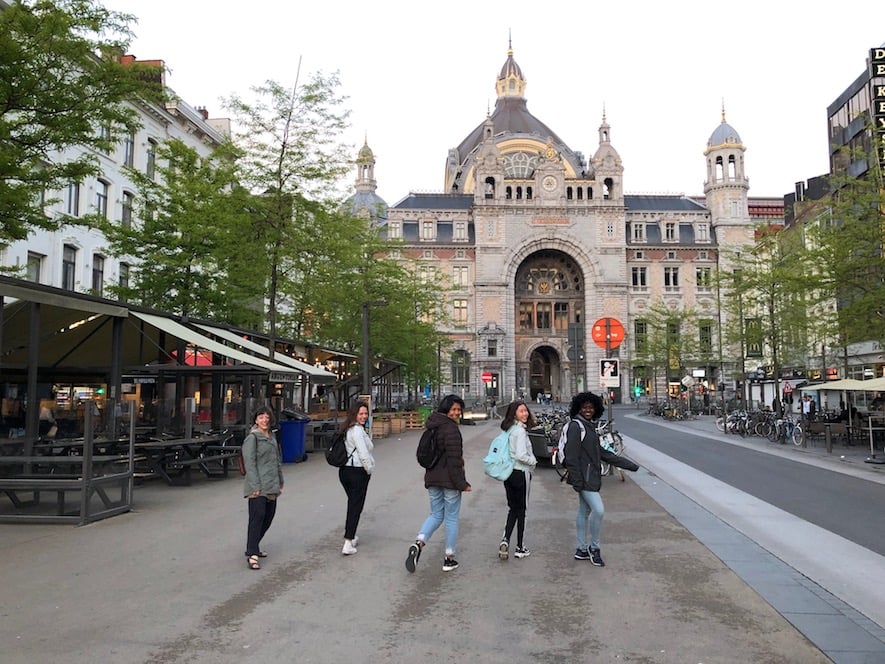 The Antwerp Central Station was a dream: it looked like Hogwarts with red arches and stone columns capturing our eyes. A part of the story yet mentioned is that we went on three different train rides before arriving so we were starving for food. 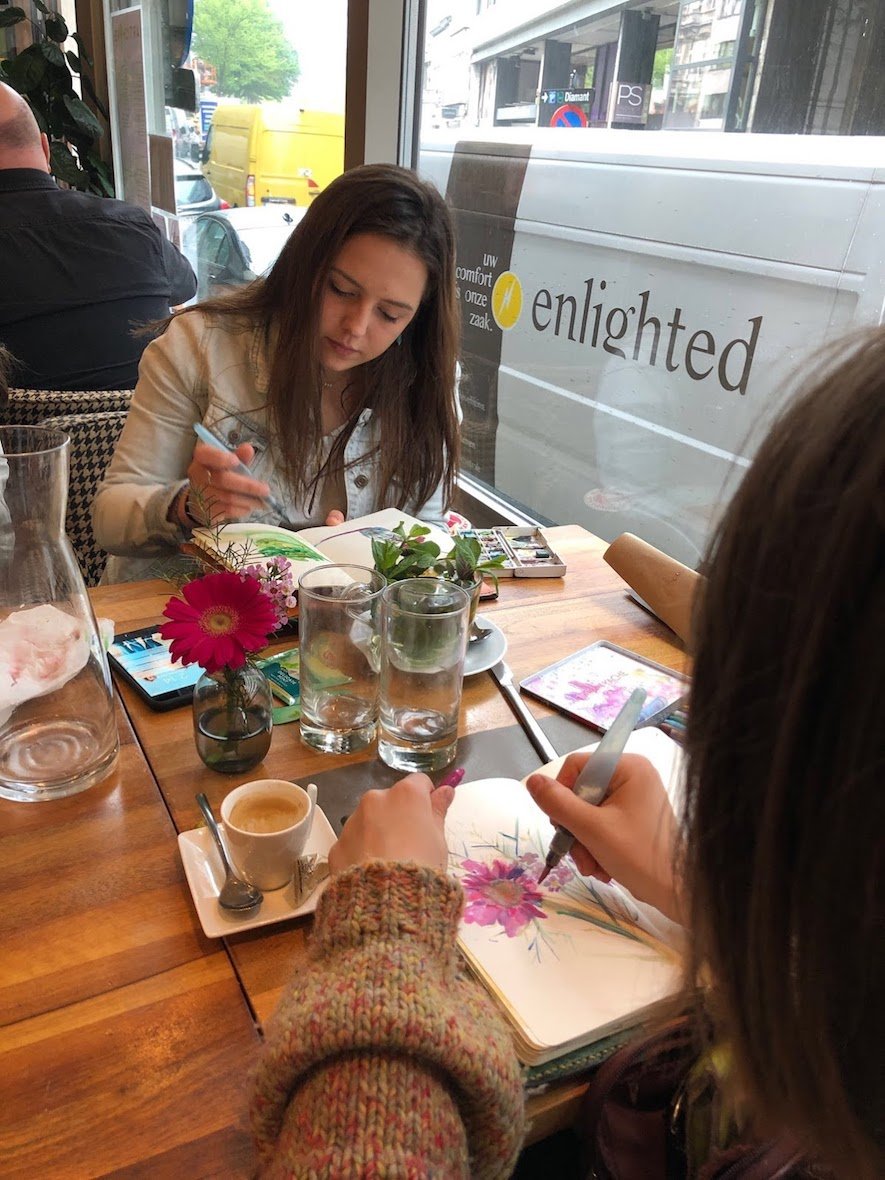 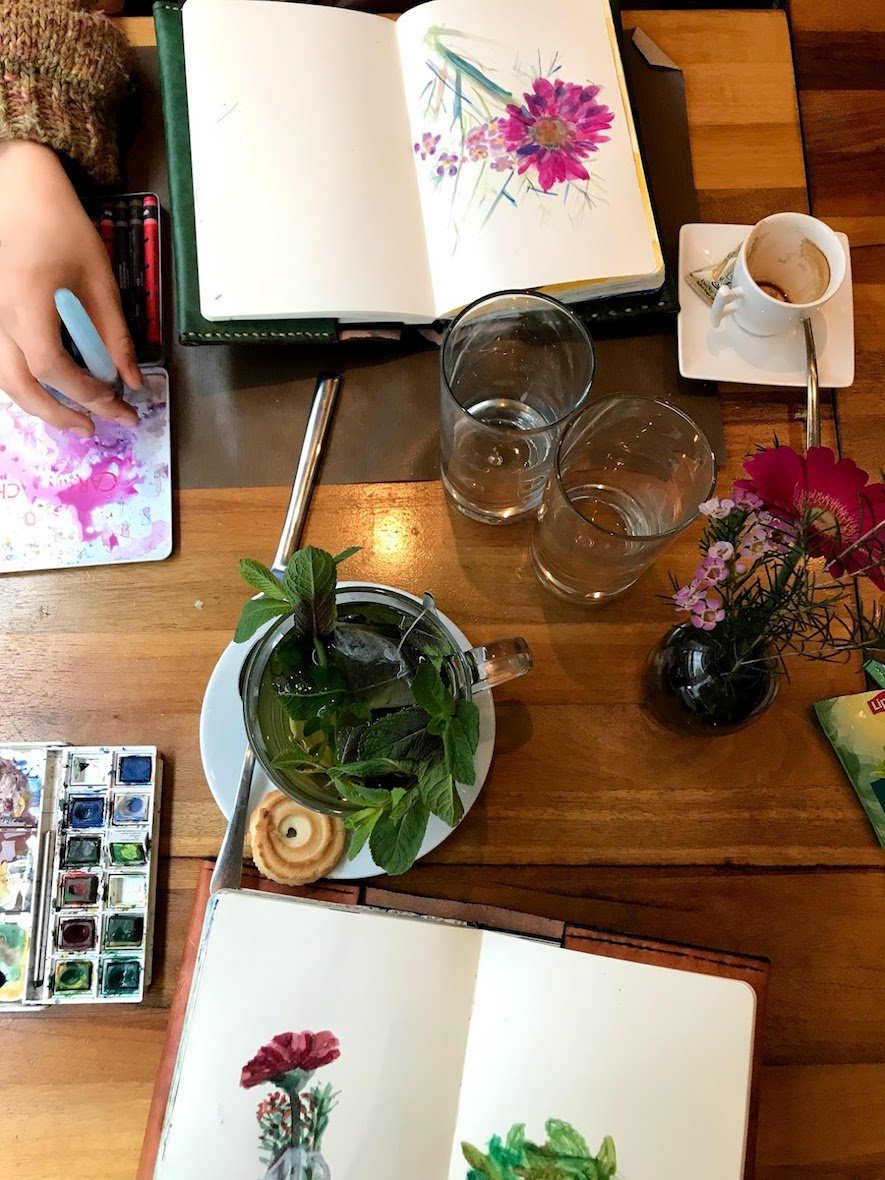 Wandering down a side path, just as we thought we would never find food, we found a Kosher Restaurant. We extended our ‘stay’ in the restaurant due to rain, but then we had to leave for Rubens’ house. 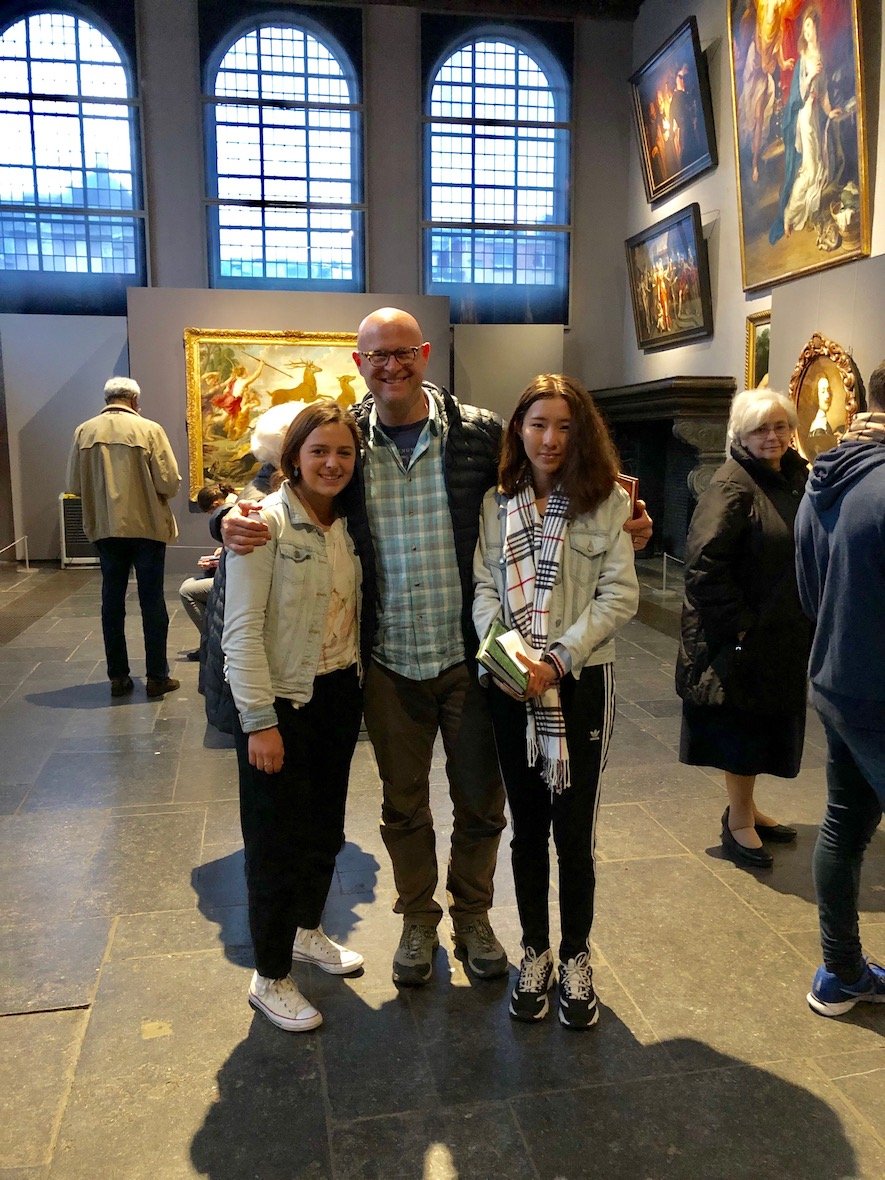 Fast forward, it took us another three rides before we could get back to the Youth Hostel.  Another highlight of the trip was the Horta Museum. Victor Horta was an architect of the Art Nouveau movement and the museum is pretty much his house. Horta’s house was covered by an embroidery of flowers and curves. It has narrow staircases and large rooms.

All day on your feet and after rain and farewells, a treat was needed.

We then watched the new Avengers later that evening in which half of the group fell asleep leaving the other half crying because of the sad ending.

Alas, we are now back in beautiful Provence and we dive into our last week of classes and final projects before we head off for our capstone trip: Portugal. Until then. - Jennifer '19