The past week was filled with both excitement and exhaustion that Paris brought to us. We had a tight schedule and a lot of moving but it didn’t stop us from having fun and studying the artworks. 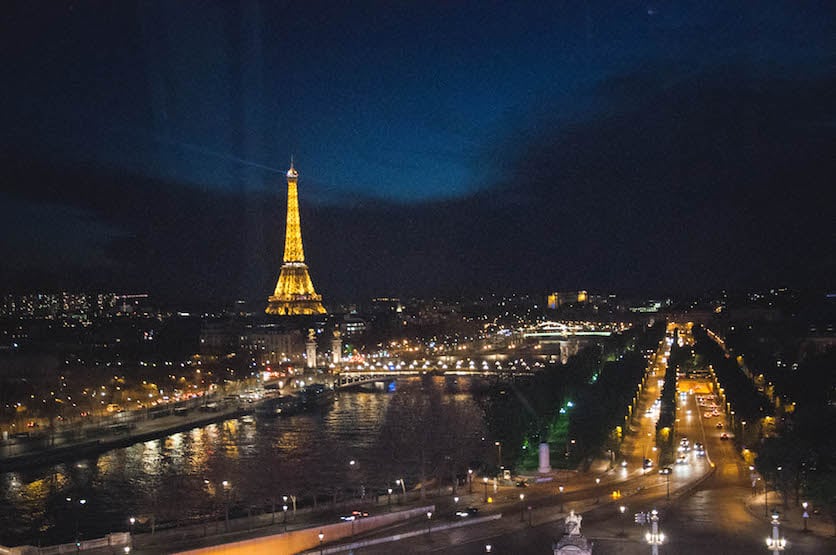 Our group started off week 3 in France with the train ride to Paris early on Monday morning. After  spending two weeks in Aix, finally we could get out of the countryside atmosphere and have the smell of the big city. We were excited to get on the train because of Jen’s advertisement of how fast the train’s high speed is and its snack bar. On that train, 3 hours felt like nothing because we were busy enjoying the scene outside and sketching each other. It was easy to notice the change outside the window as the train got close to Paris. 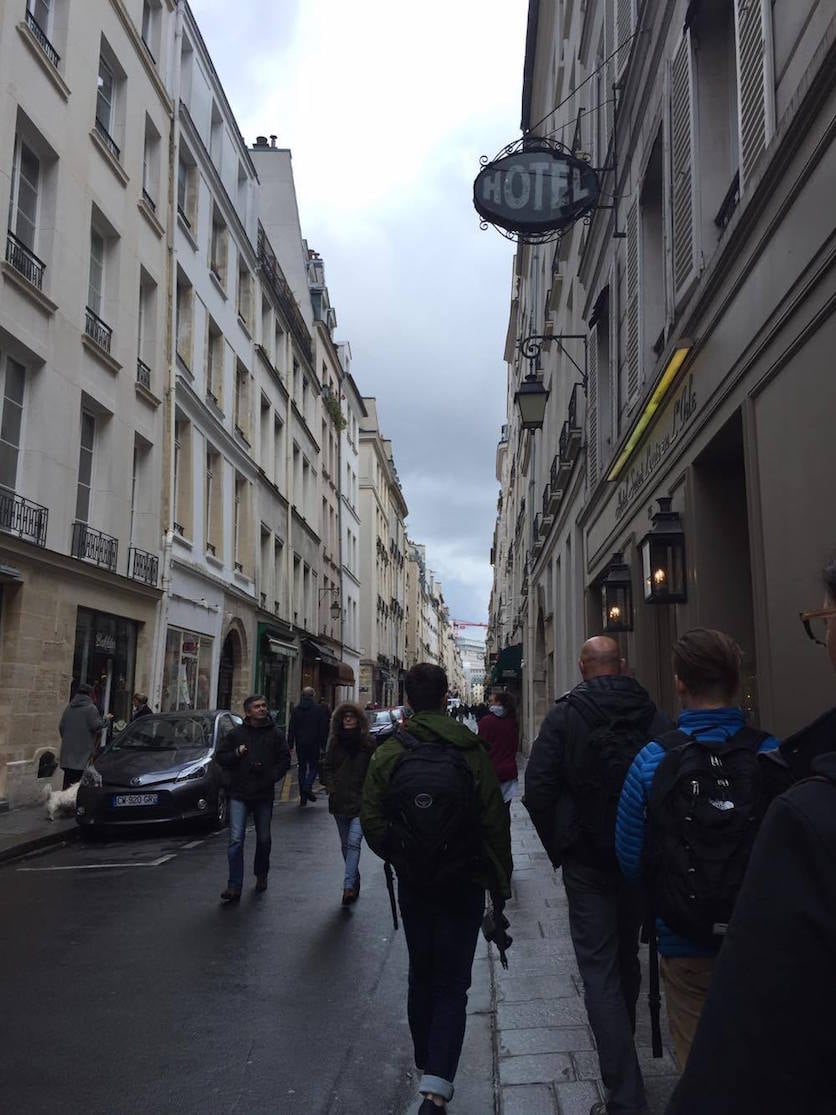 As we got to Paris, our first impression was amazement because Dave took us around the train station, Gare de Lyon, and saw the restaurant Le Train Bleu with all the original paintings on the walls. He said it was the perfect place to bring our lovers and propose to them. Then our group wandered around the street and ended the first day in the hotel near the train station.

From day 2 until the last day in Paris, time just flew by because we traveled constantly everyday and we hardly had rest during the daylight. There were a lot of places that we went to like the Opéra, Notre Dame Cathedral, Arc de Triomphe, etc and each of them was impressive with its own unique characteristics. We were unlucky that the main stage of the Opera was closed because it was used to prepare for an event but the outside was beautiful. We made some sketches here and shared with the group afterward.

Aaron’s wonderful sketch of the Opéra 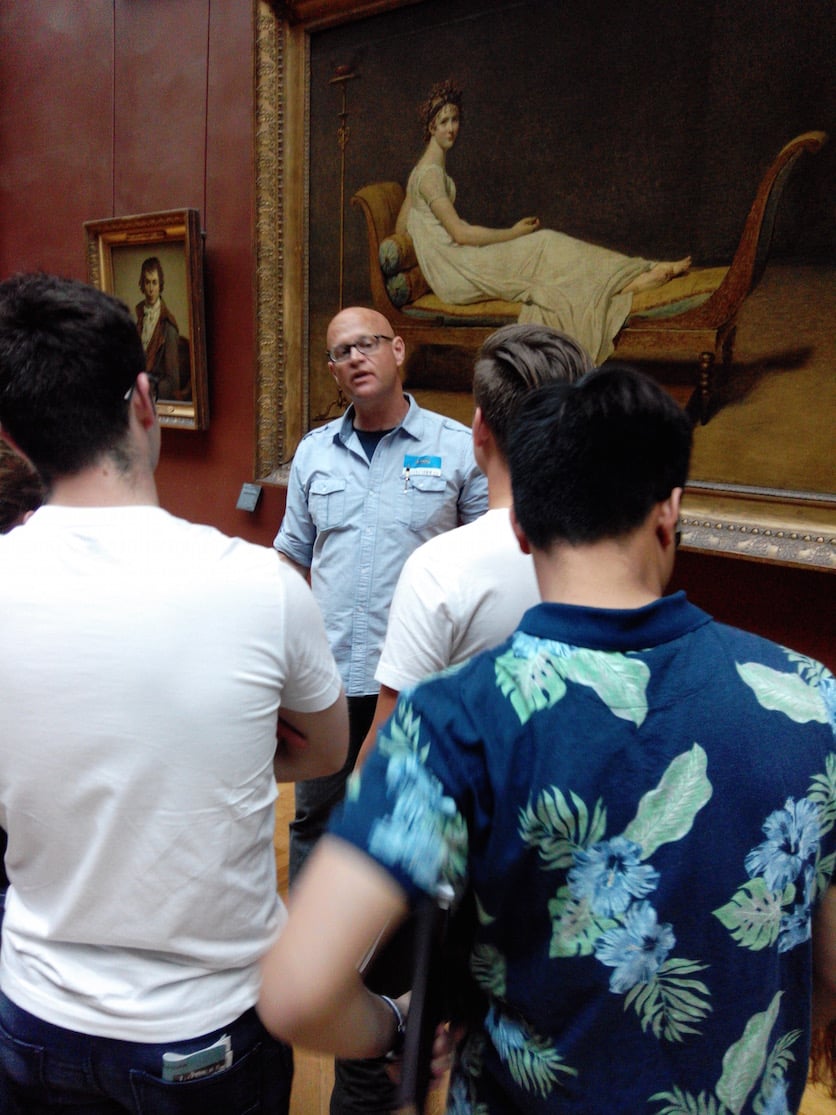 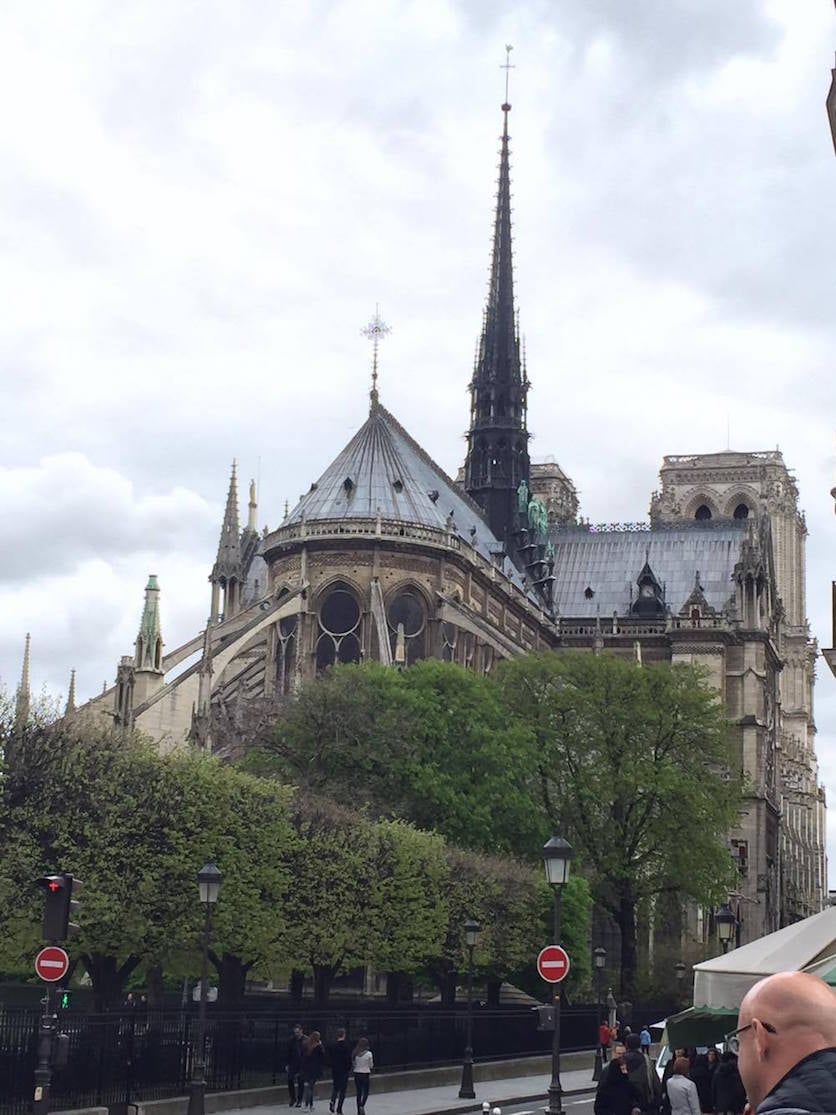 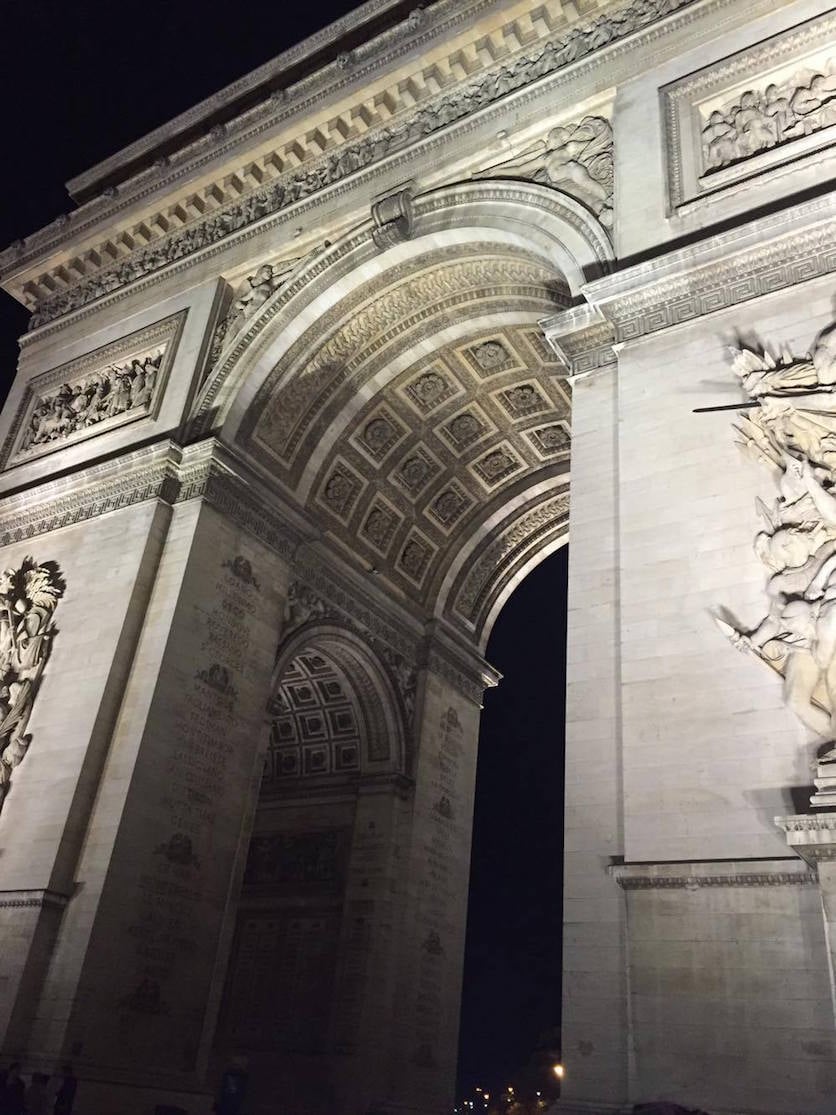 We couldn’t get to the top because the rule had changed since last year. It was unfortunate but we saw the city from the ferris wheel in the night time instead of from the arch. 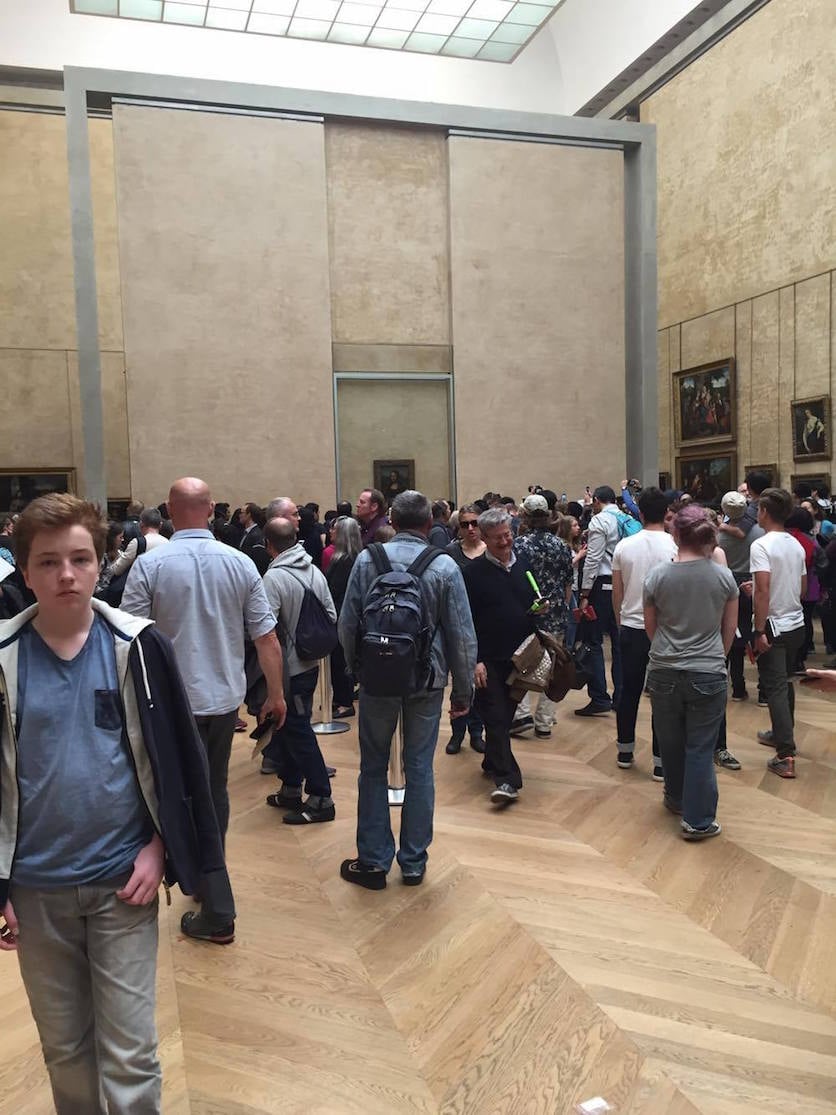 After that, we spent most of the third day in the Musée du Louvre to see and study the artworks of the masters. Everything went well except for the inconvenience we met because there were many people there and it was hard to stand and look at a painting peacefully. 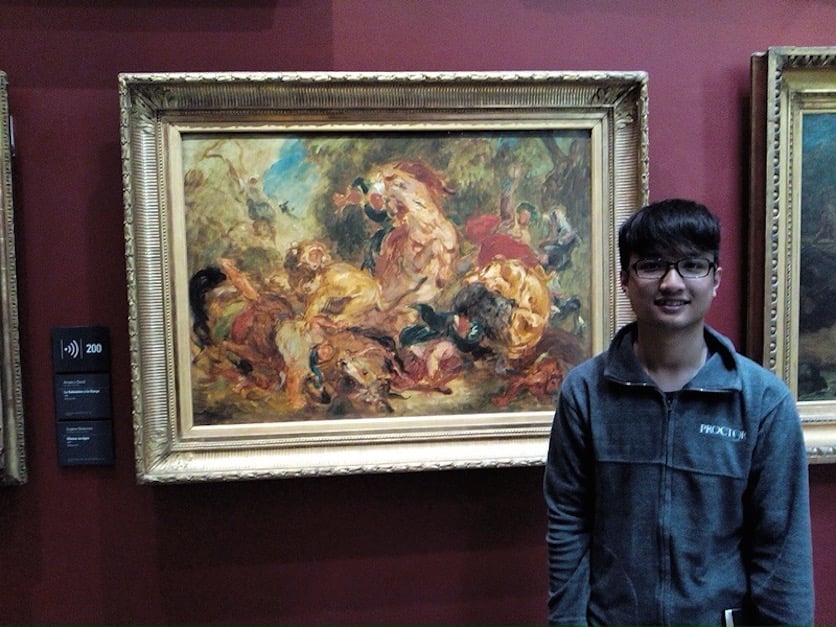 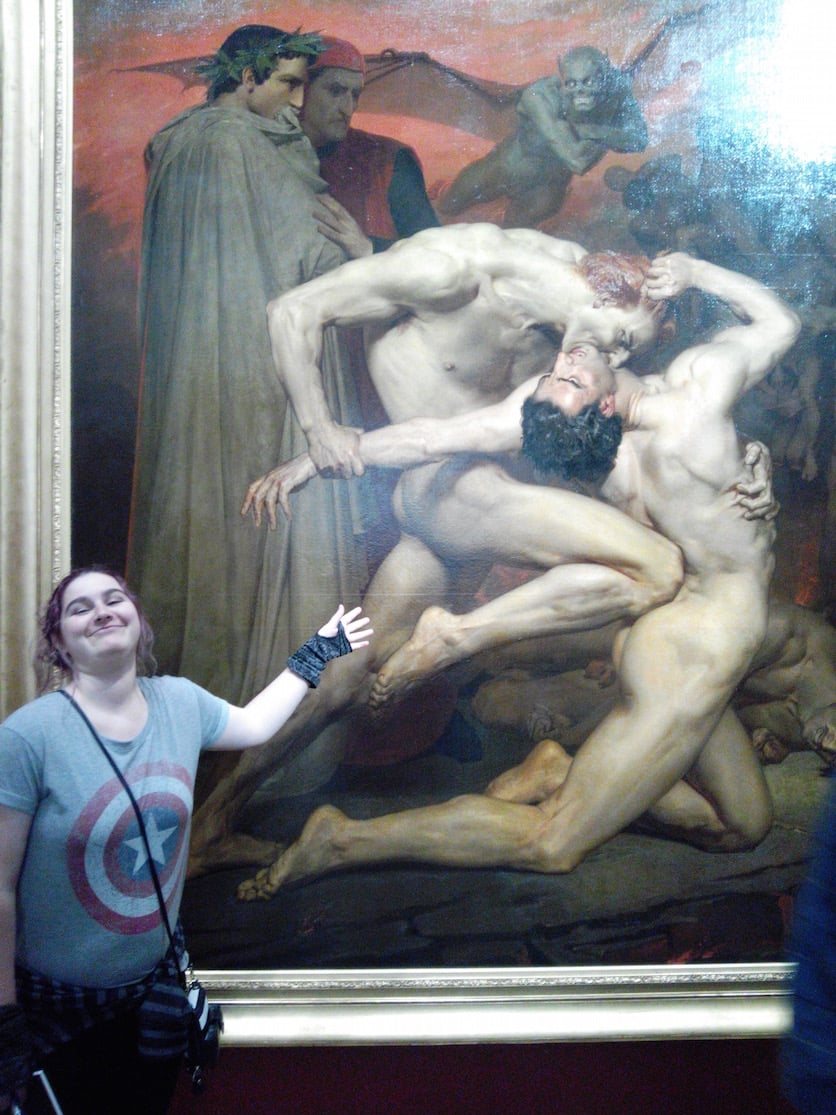 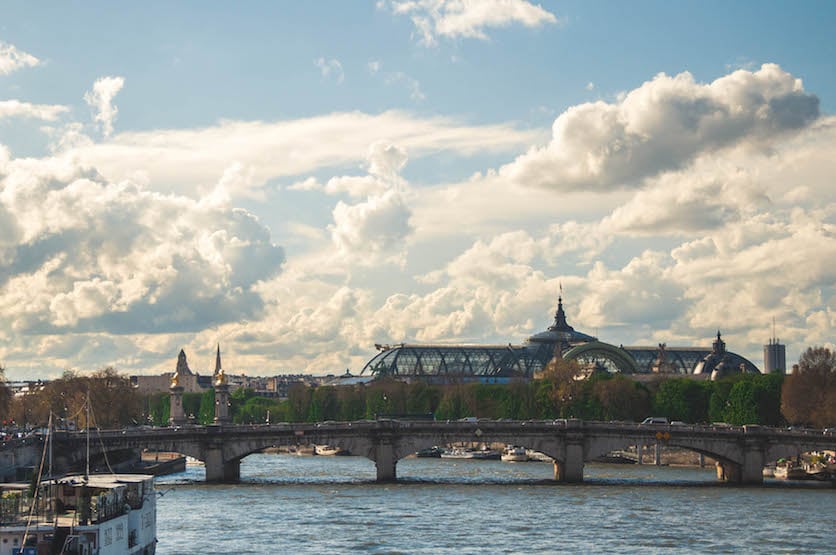 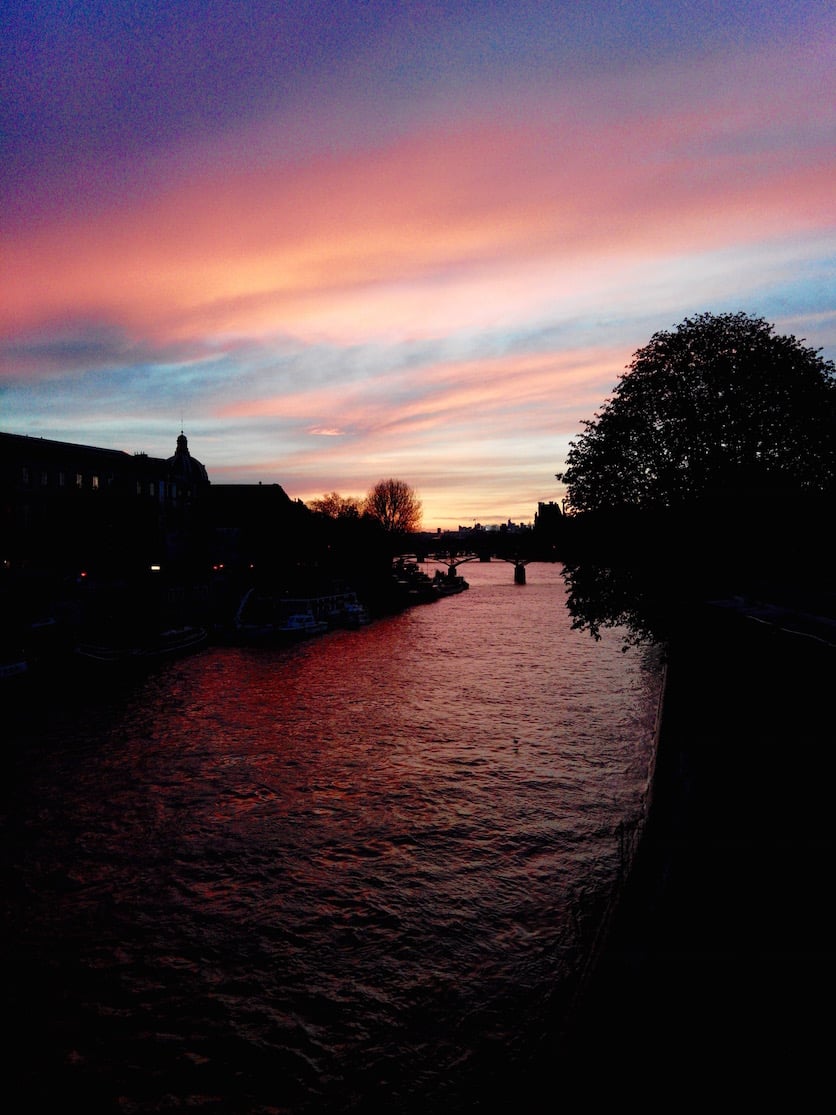 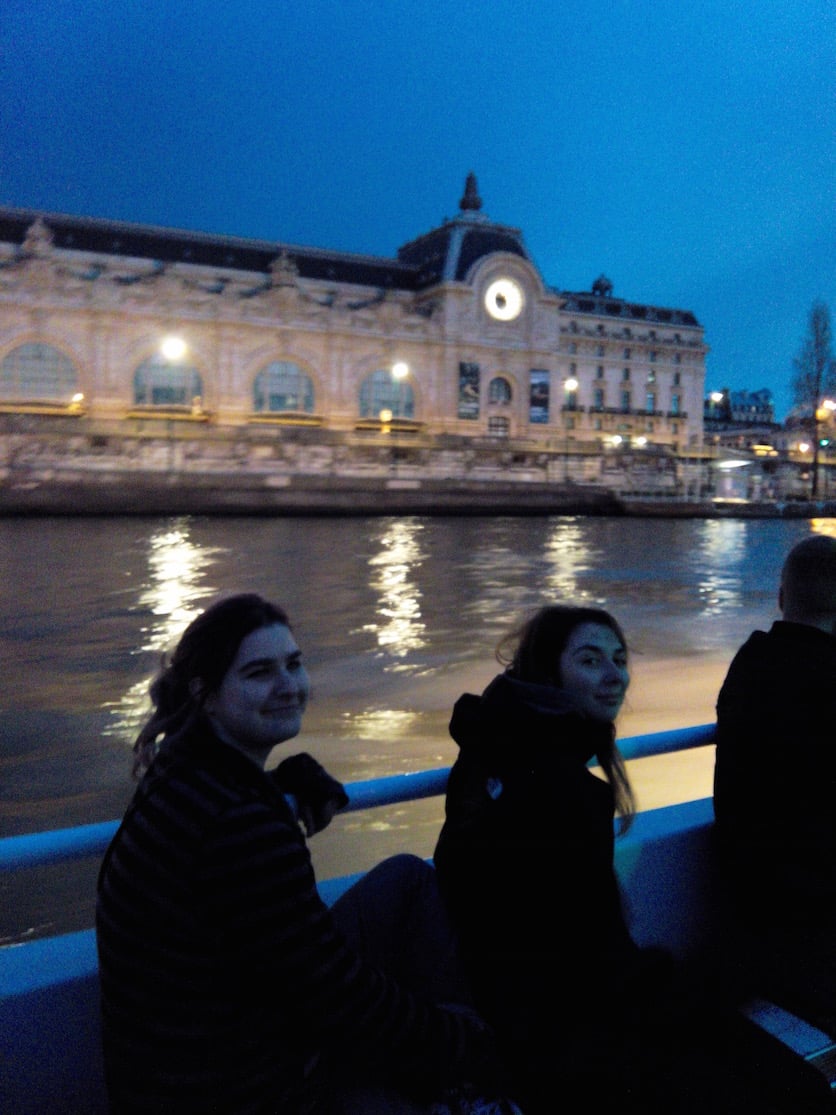 Then we went on a night tour on the boat. Paris is most beautiful at night and we had the chance to go by the Eiffel Tower.

On the next day, we went to Auvers-sur-Oise where Vincent Van Gogh spent the rest of his life and committed suicide. For me, it was a break from the big city and a chance to recover my strength. We took a tour to Vincent’s room above the restaurant then headed to the field where Vincent painted “Wheatfield with Crows”. Dave decided to do a group painting and each of us had 6 minutes paint the famous wheatfield in our own styles on the canvas. 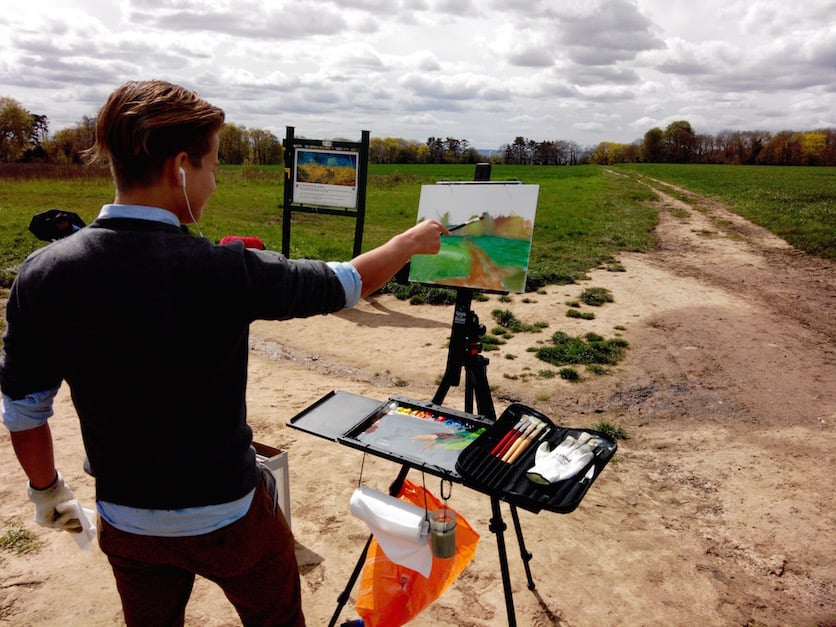 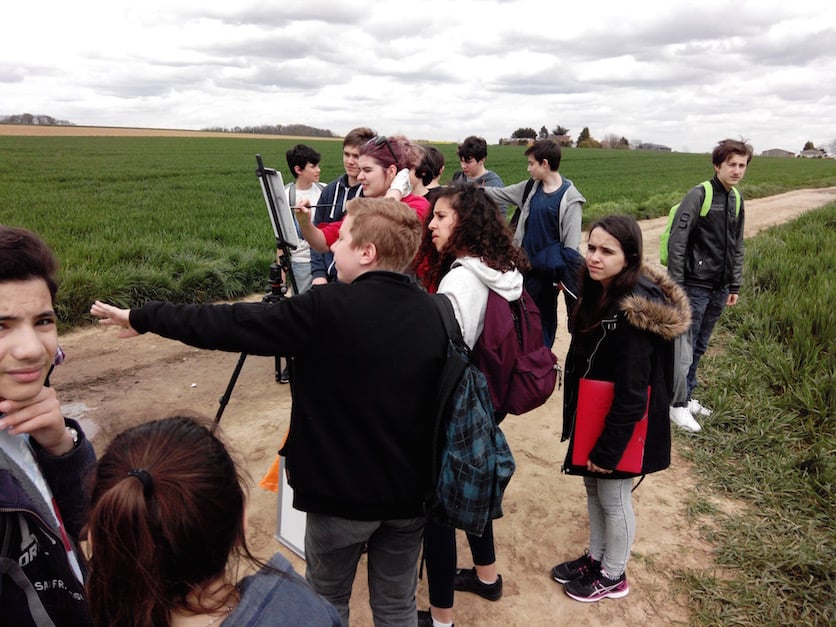 Erin is surrounded by a French school group. 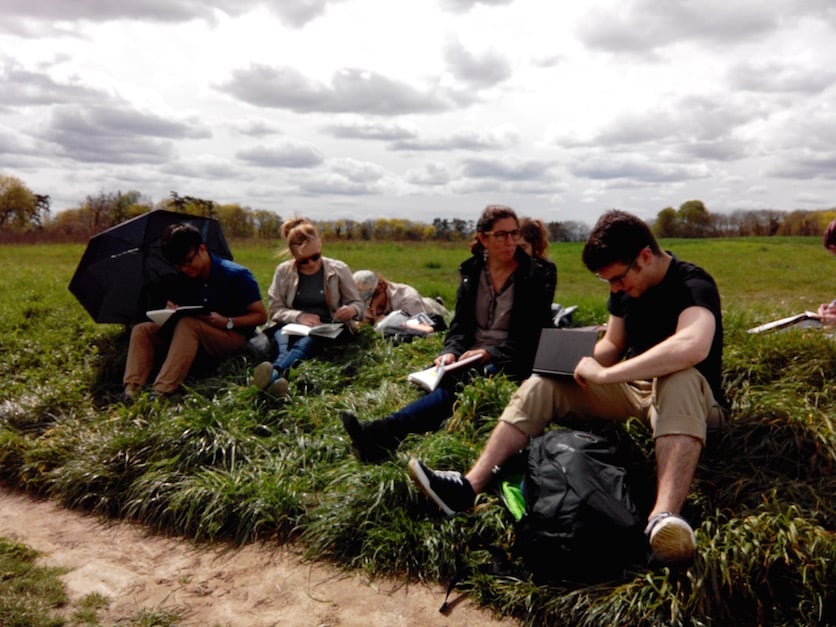 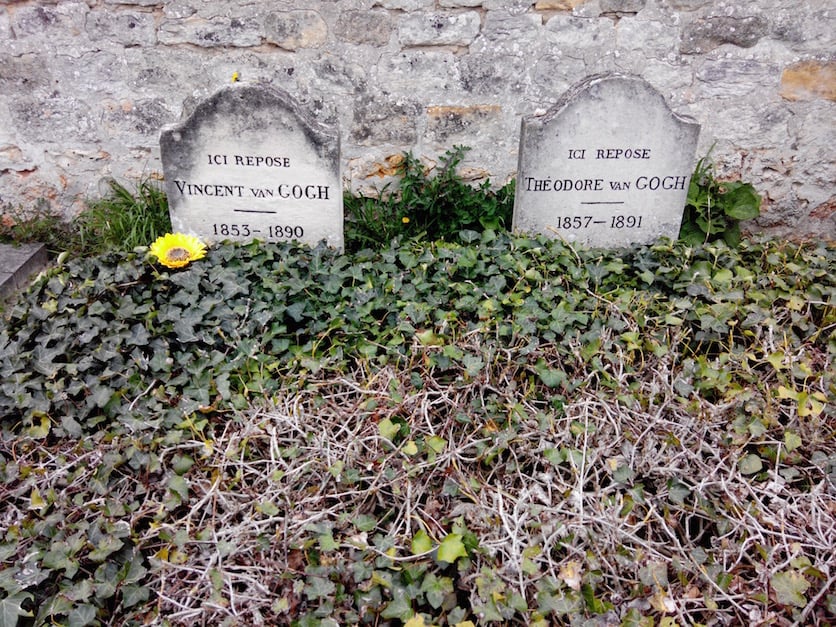 On the last day, we went to Montmartre and the street square where the artists hung out and painted. We were all exhausted and ready to go back to our lovely house with the swimming pool. 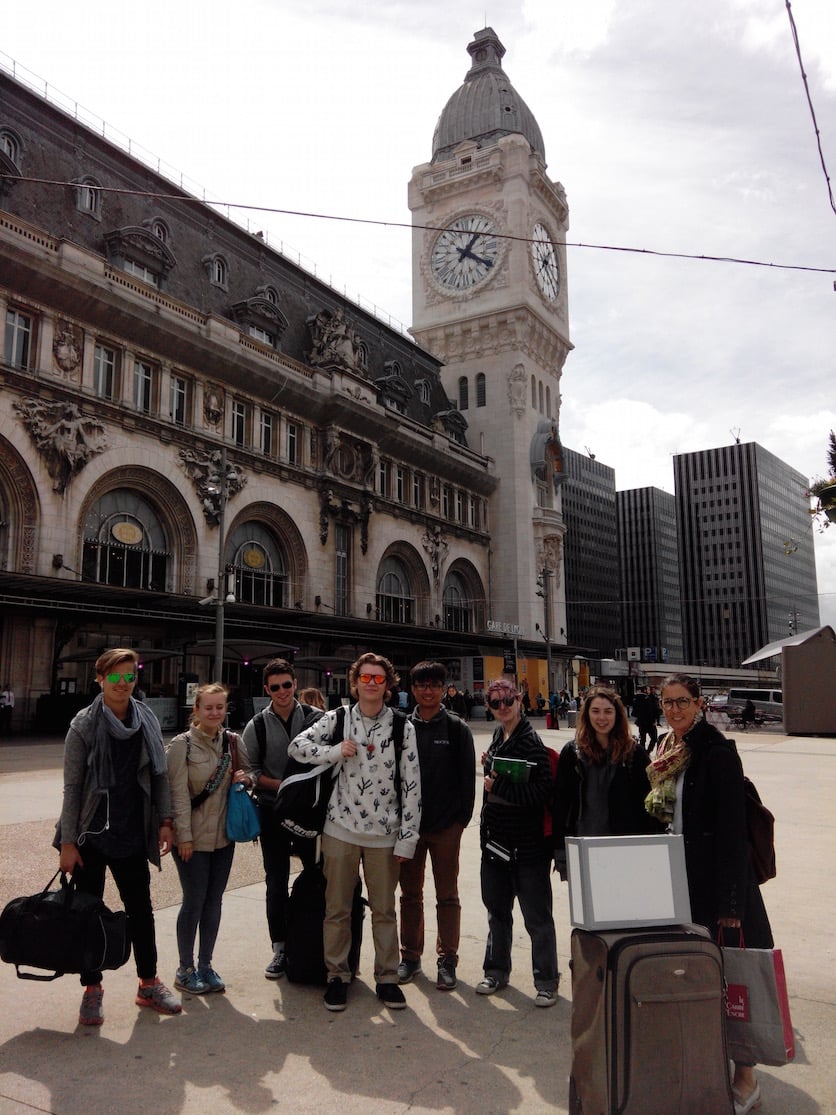 Travelling to Paris with Jen and Dave was a fantastic experience for me and the group. Even though it was tiring and we had major change, we still had fun afterall. One thing I know for sure is no one would forget this event and we are looking forward for the next 6 weeks in Europe.