As the TGV sped along the French countryside under a darkening sky, I sat back and thought about the past week, a week we’d spent in Paris. Even on the train ride back to Aix, none of what I’d just experienced seemed real. 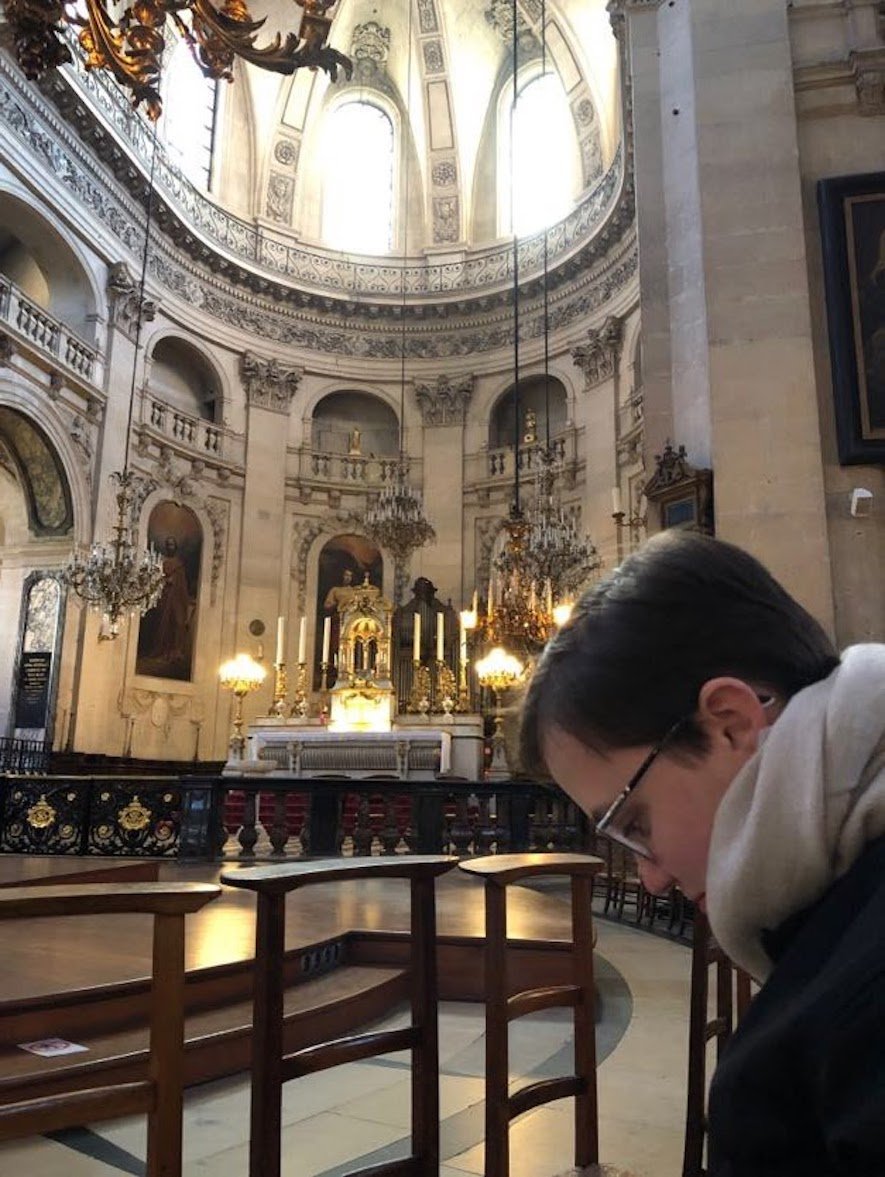 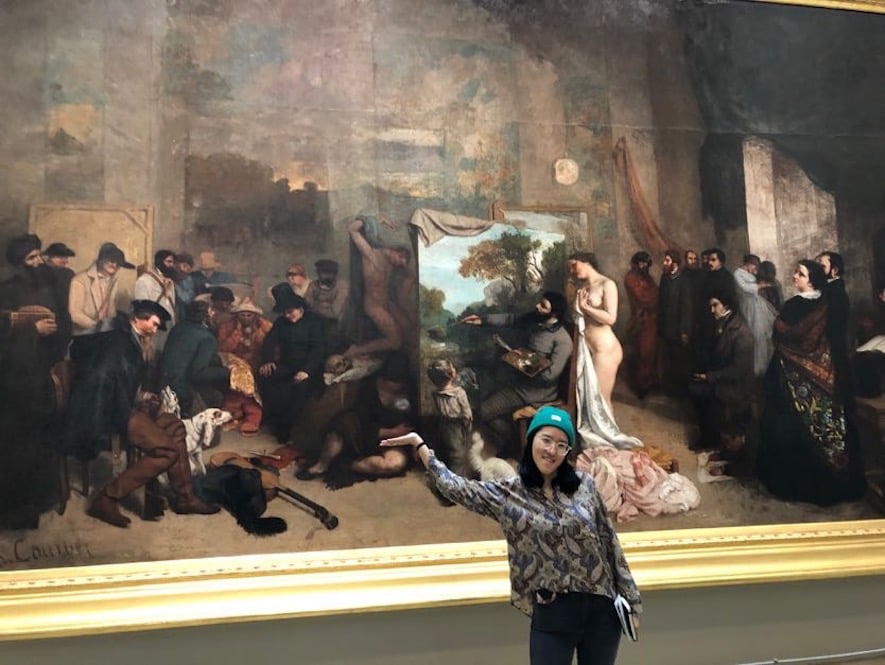 As a group, we’d seen artwork more famous than the people who’d painted them, visited landmarks most of us had only dreamed of seeing, eaten some truly iconic French food, and walked around the city until our feet ached. It was a week I don’t think I’ll ever forget, and I know my sentiment is shared throughout the rest of the group. 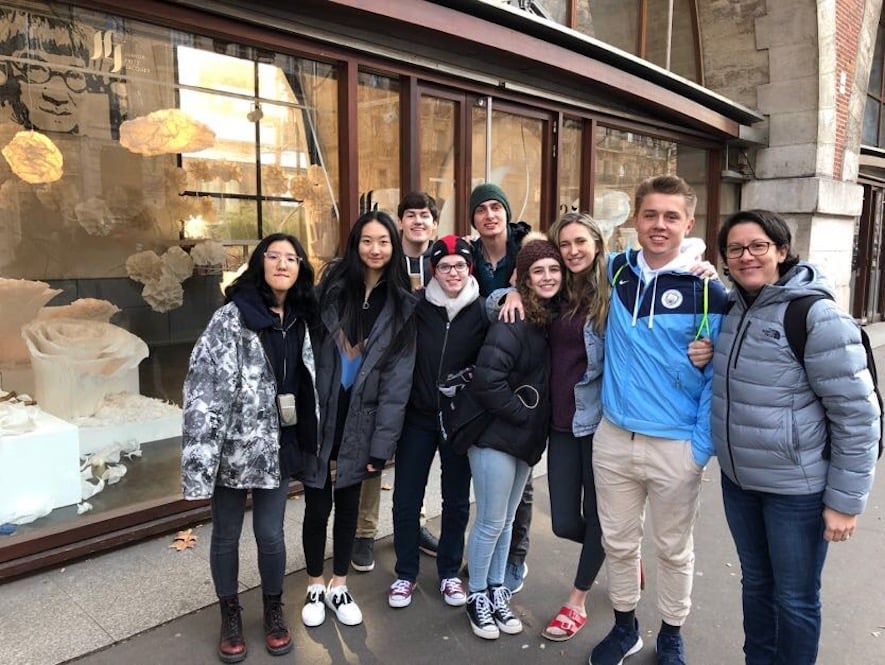 Upon our arrival to Paris, we checked into the hotel and met up with Jill, who brought news and letters from the Proctor mothership. After a quick lunch, we set out through the streets of the city, ready for an introduction to our home for the next few days. We saw the Bastille monument, commemorating the days of the French Revolution, before embarking upon what I can only describe as a ‘Greatest Hits of Parisian Churches’ tour. 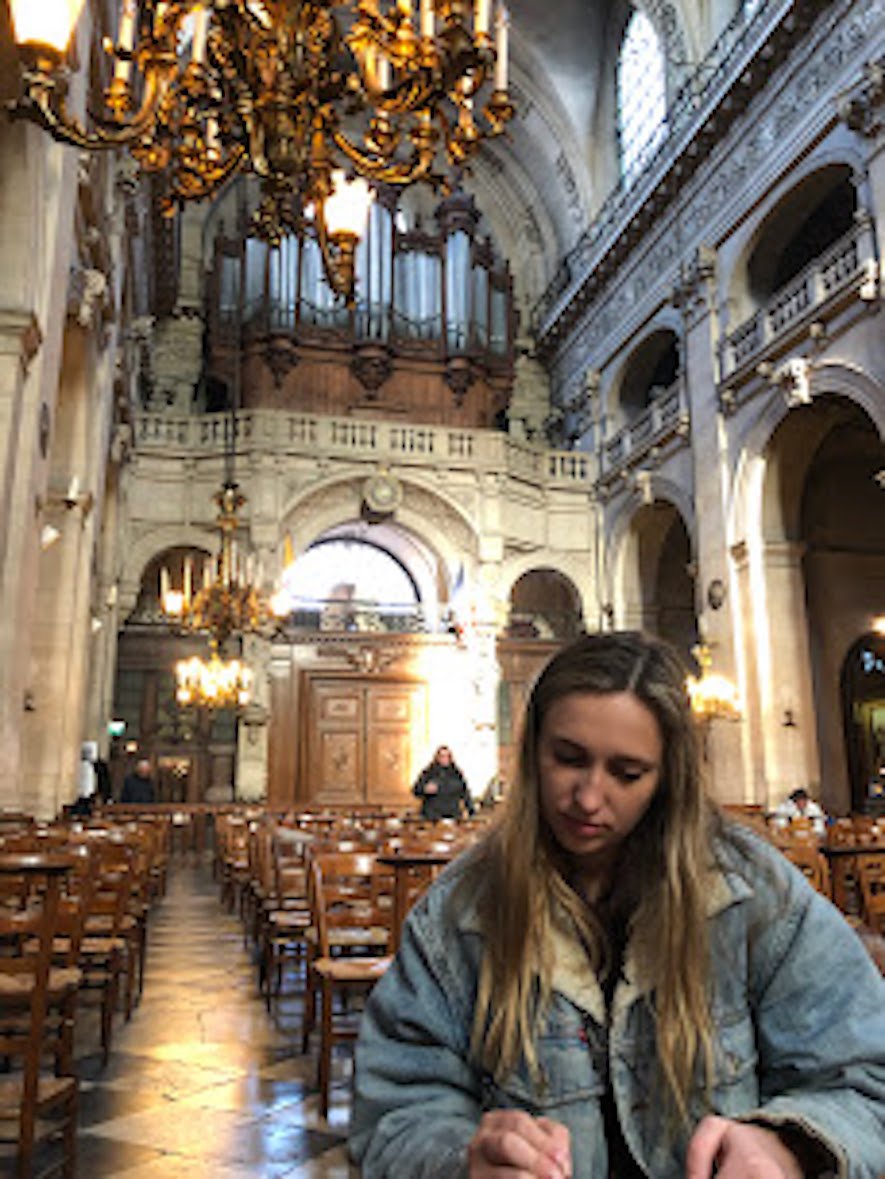 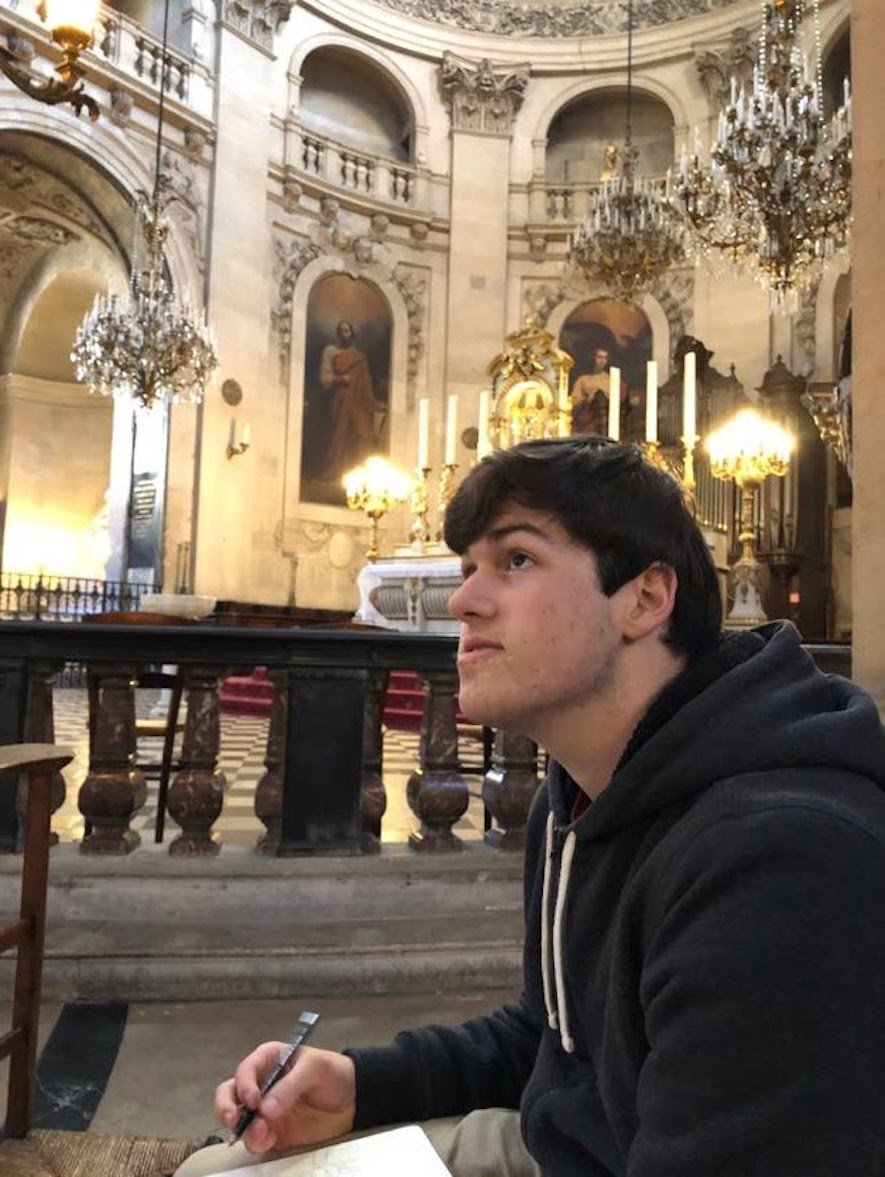 We saw the magnificent facades and interiors of the churches of Saint Paul-Saint Louis, Saint Gervais, and of course the spectacular Notre Dame cathedral, which is just as magnificent and as awe-inspiringly beautiful as all the pictures, books, and movies have told us. 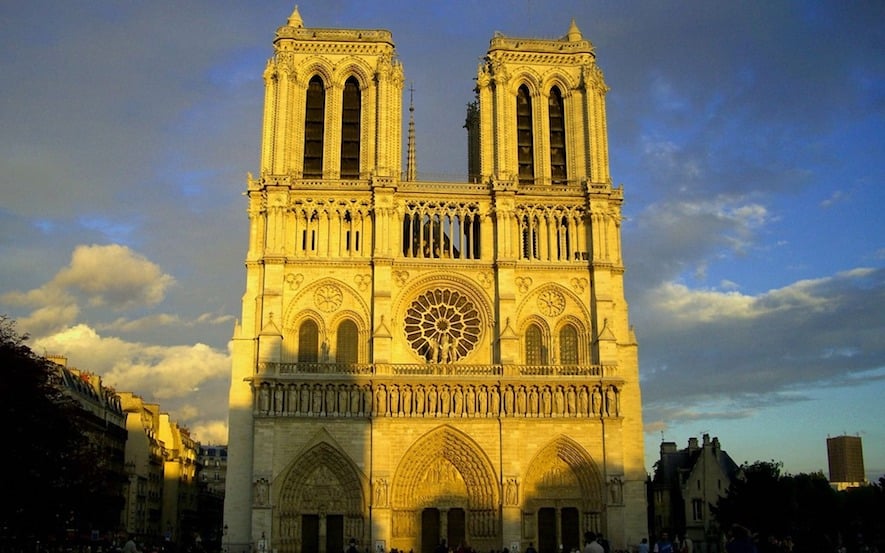 I’d be lying if I said I didn’t have music from The Hunchback of Notre Dame stuck in my head for the entire time we were there. I figured there would be no better time. 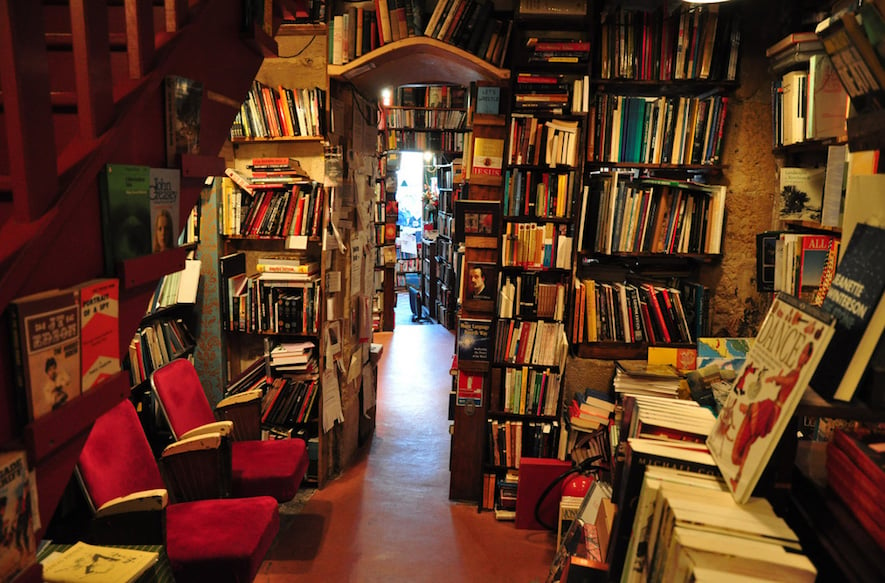 From the cathedral, we moved on to the decidedly more modest building housing the famous Shakespeare & Company, the bookstore frequented by authors such as F. Scott Fitzgerald and Ernest Hemingway during the 1920s. I can best describe the shop as a book-lined maze, with rickety staircases, hidden reading corners, and high shelves stacked with volumes of every conceivable make and measure. I could’ve spent another few hours in there, but unfortunately we had to move on. 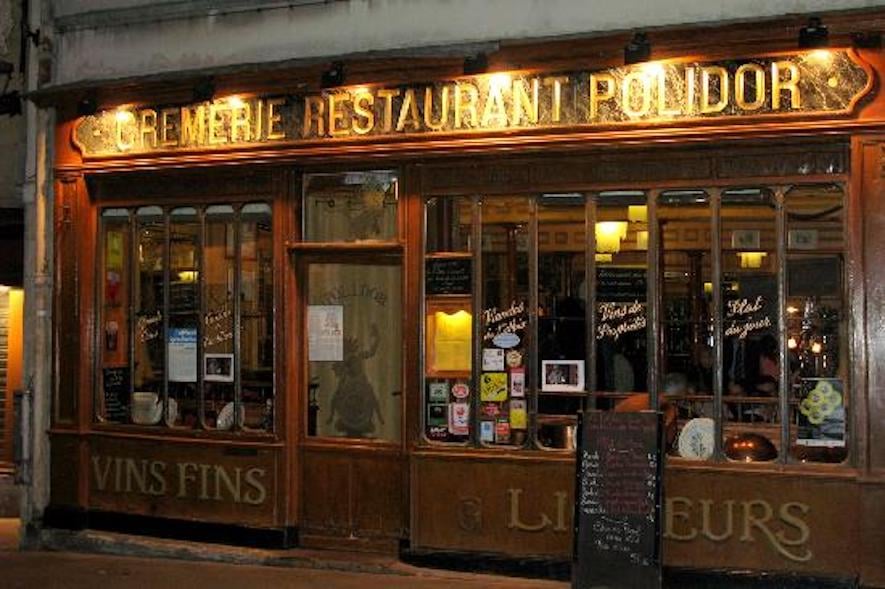 We stopped for dinner at the historic Polidor restaurant before turning in for the night, already buzzing with anticipation for the days to come. Tuesday was our first major art day. Bundling up against the Parisian cold and heavy grey skies, we took the Metro to Palais Garnier, the famous old Paris Opera house. 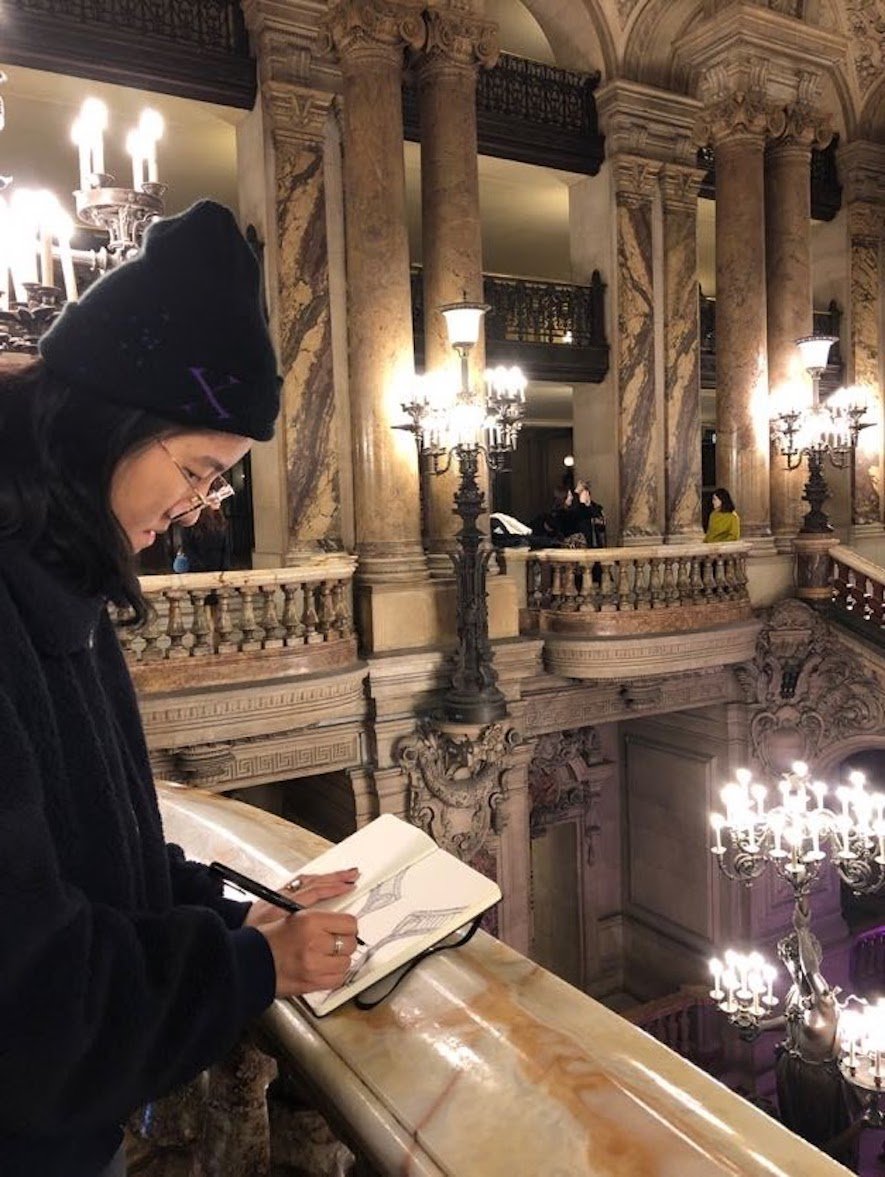 Those familiar with theatre may recognize it from The Phantom of the Opera, and neither the show nor the movie underestimate its beauty. The ceilings are high and painted, and the rooms are decorated with Corinthian columns, gorgeous marble, and enough gold leaf to impress even the most jaded of individuals. It follows the idea that “nothing should go un-decorated,” and strictly adheres to that motto. 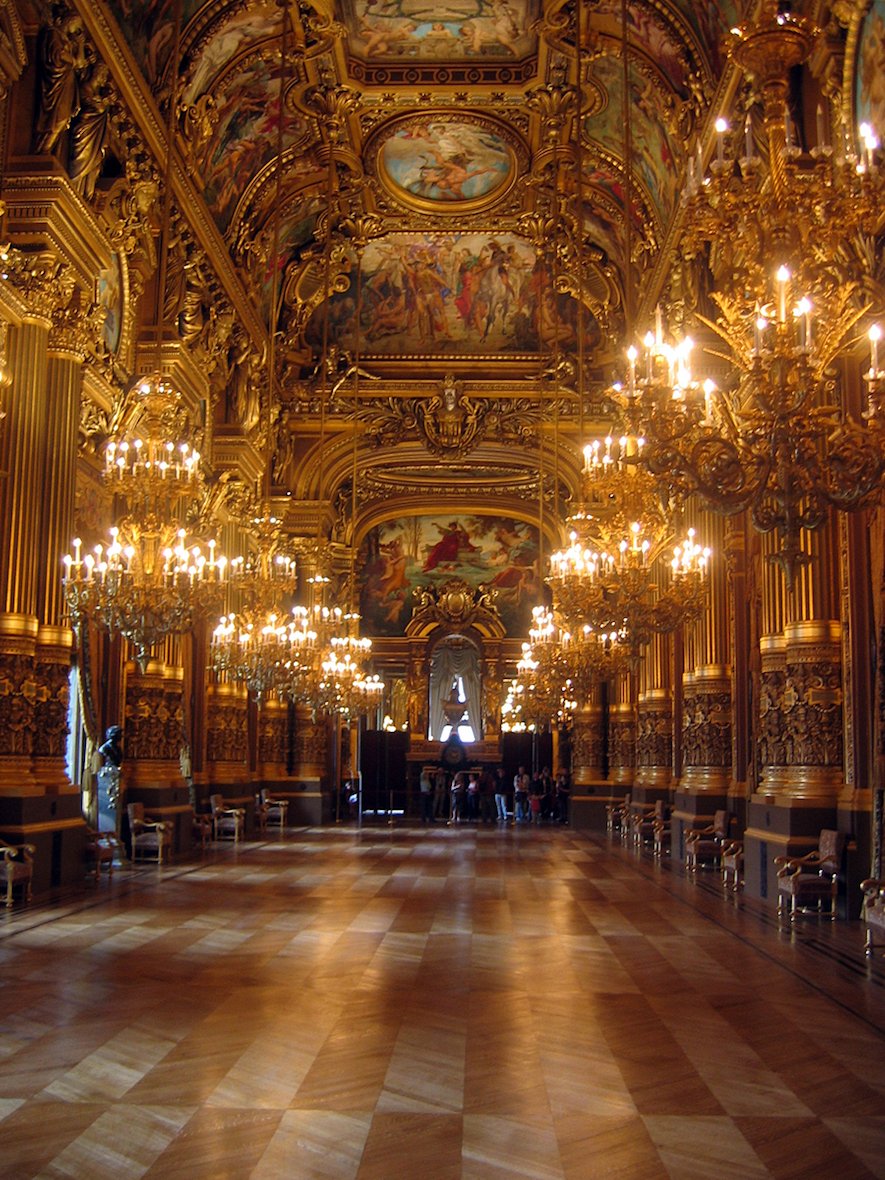 Everything is beautiful almost to the point of being overwhelming. From the opera house, we traveled to the Musee d’Orsay, located across the river and the Tuileries garden from the Louvre. 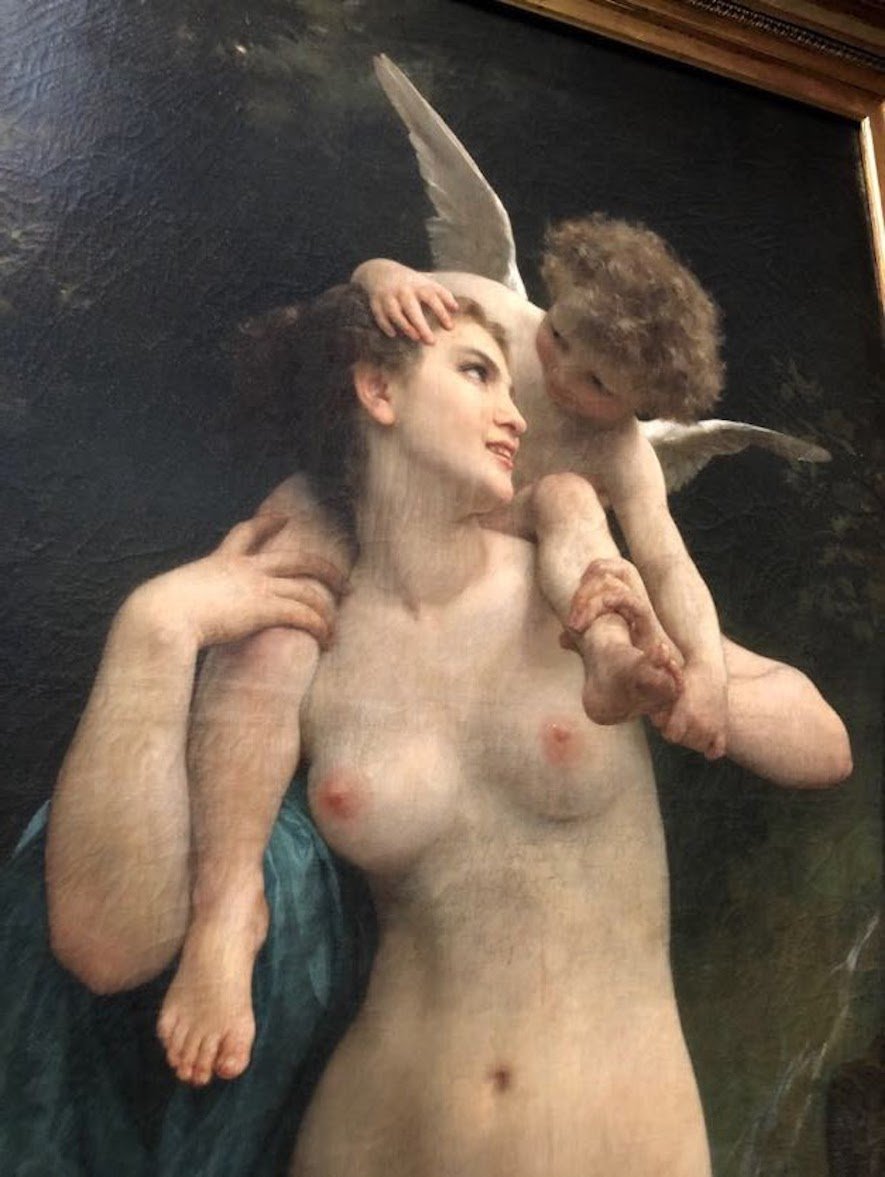 It is home to some of the most beautiful and famous artworks in the world, painted by masters such as Monet, Manet, Van Gogh, and even our local Aixois impressionist...

Paul Cézanne. It was truly a sight to behold, and I had to pinch myself more than once in order to remind myself that it was real. Coming out of the museum, we were all tired, but the day was not yet over. Jen and Dave still had one major surprise in store. We took the Metro to the Champs-Elysses, the most famous street in Paris, and took the stairs to the very top of the Arc de Triomphe to look out over the city. The clouds were low and the rain was falling, but it was still incredible. We could see the Eiffel Tower from where we were, albeit only the bottom half. At the second viewpoint, it vanished without a trace into the clouds. It was surreal, beautiful, amazing, and a hundred more adjectives I was too stunned to think of. Wednesday was our big day. Our Louvre day.

We entered through the Denon wing and Dave took us on a tour, showing us three of the most famous works of art in the museum (and maybe even the world): Venus de Milo, Winged Victory of Samothrace, and the most famous of them all, the Mona Lisa. We battled the crowds to reach the iconic Da Vinci work, diving into the teeming mass of humanity that seems to surround the painting at all times. I was lucky, being small enough to slip through the mob, even getting right up to the barrier that keeps the people from getting too close. The painting is small, especially when compared to the wall-sized Wedding at Cana on the opposite side of the room. Despite its size, however, the Mona Lisa carries that strange alluring beauty that has made it famous. 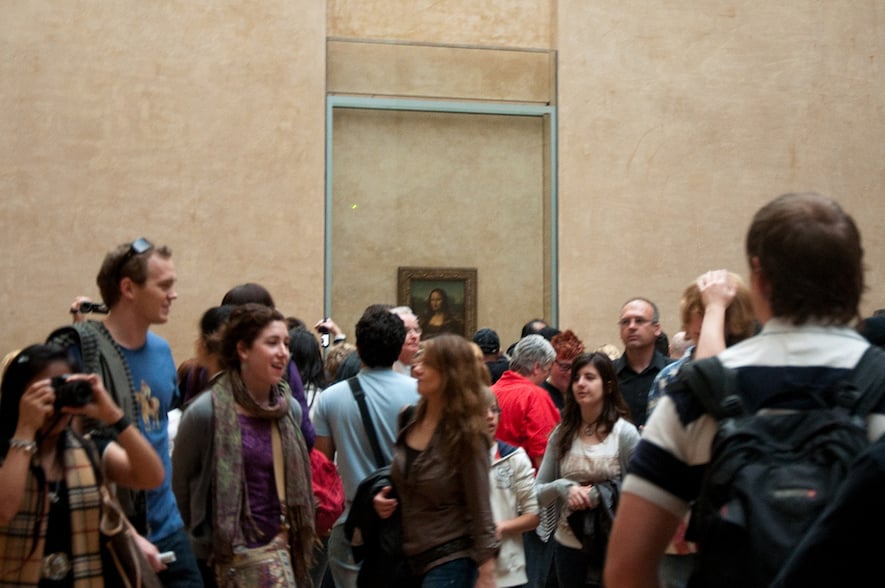 After the museum, we went down to the banks of the Seine for the highly anticipated boat ride down the river. While it was undeniably beautiful, it was also bone-chillingly cold. Braving the temperature and the wind, we the group went atop the boat, encountering a birthday celebration, yelling every time we passed under a bridge so we could hear the echo, and huddling together for warmth. 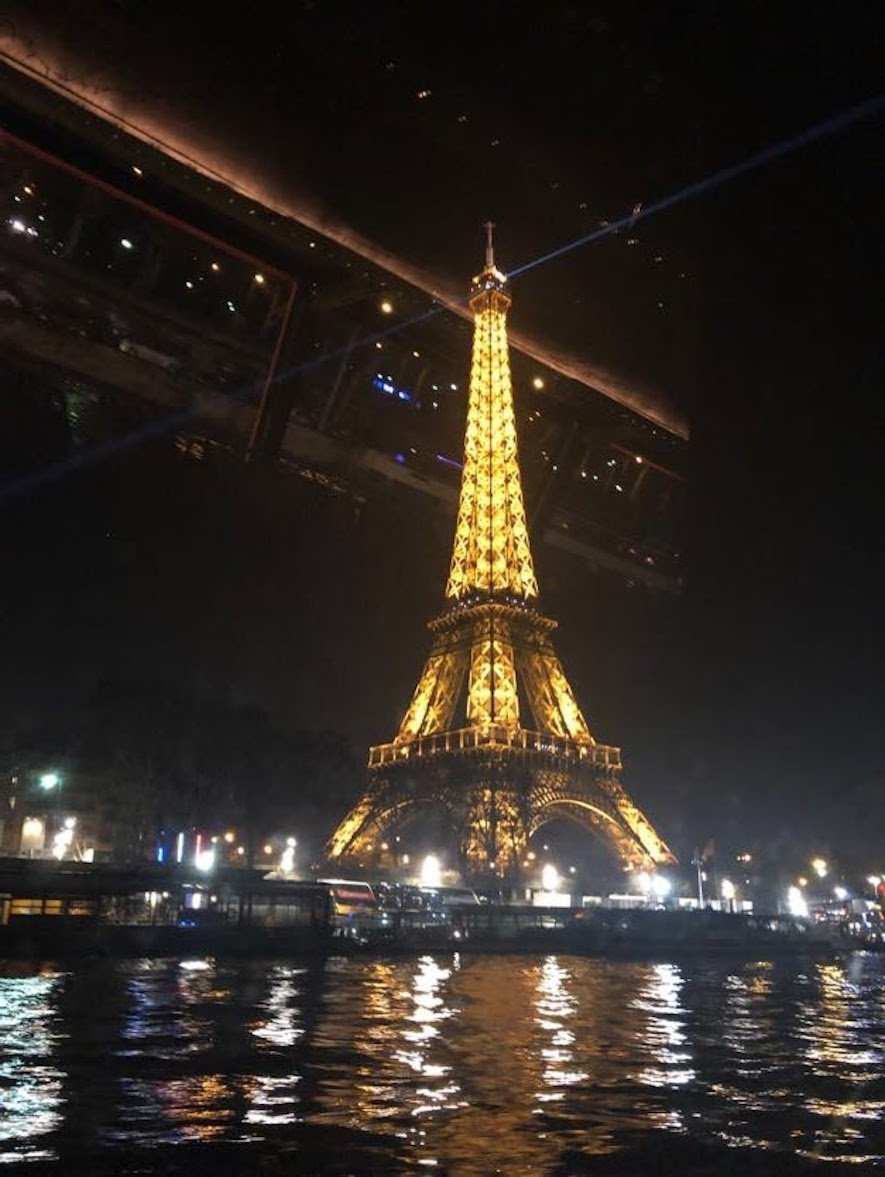 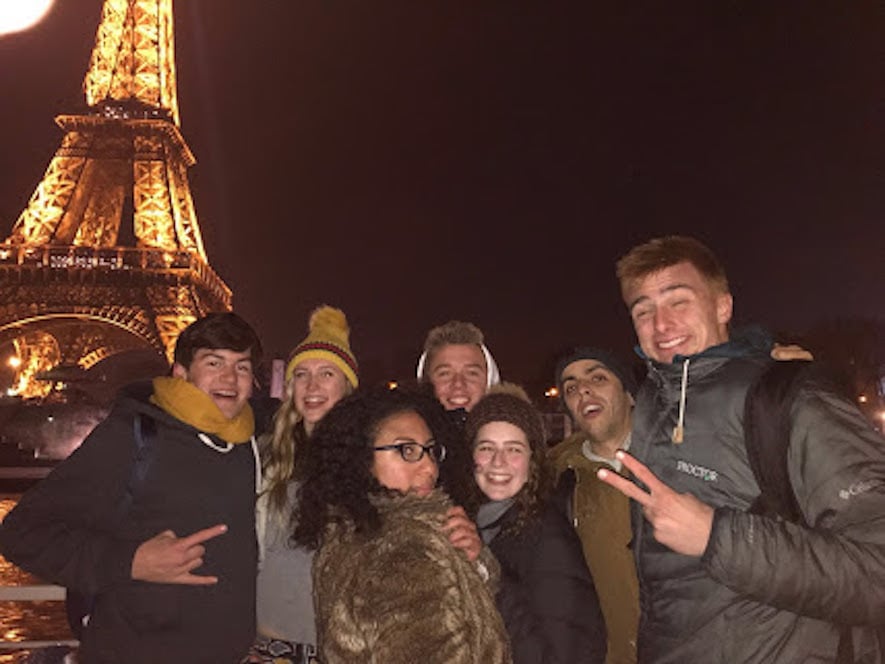 As we rounded a bend in the river and passed by a cluster of trees, the Eiffel Tower appeared, every inch of it glowing with golden light. Unlike the night atop the Arc de Triomphe, the whole tower was visible, shining through the night unhindered by any clouds or rain. Even as we sailed away, the tower suddenly seemed to burst to life, glittering with hundreds of moving white lights that waved us goodbye as we traveled back down the Seine and out of sight. Thursday was a quieter day, but no less interesting. Boarding a train at Gare du Nord, we headed into the countryside, eventually coming to a stop at Auvers-sur-Oise, a town famous for having been Vincent Van Gogh’s last residence, as well as the home of famous French painter Charles-Francois Daubigny. We visited Van Gogh’s grave, an interactive museum devoted to the impressionist movement, and the Musee Daubigny, a smaller museum celebrating his works. Following this, we boarded the train back to Paris and got on the Metro to travel to where we would be having dinner. Partway through the Metro ride, Sydney came across a startling discovery: her phone was missing. Someone had stolen it while we were in Gare du Nord. Making plans for her to visit the Apple store the next day, we went off to dinner, enjoying some fine French cuisine and celebrating Caitlyn’s birthday two days early with a (hopefully) rousing chorus of ‘Happy Birthday,’ and a fizzing sparkler stuck in a cake. After dinner, we bid goodbye to Jill, who would be leaving for her flight home in the early morning, and went to sleep for our last night in Paris. Our last day, Friday, was our free day. Throughout the week, we’d been brainstorming what we’d want to do with our four hours of free time, and after breakfast, we scattered to the winds. Annie, Matilda, and Sydney went shopping, Lucas and Caitlyn went to meet up with friends, Ian and Patrick went to find the soccer stadium (which ended up being closed), while I took the Metro to Les Invalides, the location of Napoleon’s tomb and a museum home to an extensive collection of medieval, revolutionary, and Napoleonic armor, weapons, and history. Even with four hours, I didn’t have time to visit everything the museum had to offer. Maybe next time?

We capped off our visit with a trip to the Musée l'Orangerie, which houses Monet’s famous (and massive) Water Lilies painting, one that wraps around the room and allegedly took Monet two years to complete. The museum also holds several gorgeous Reniors and Cézannes, one of the former I sketched. 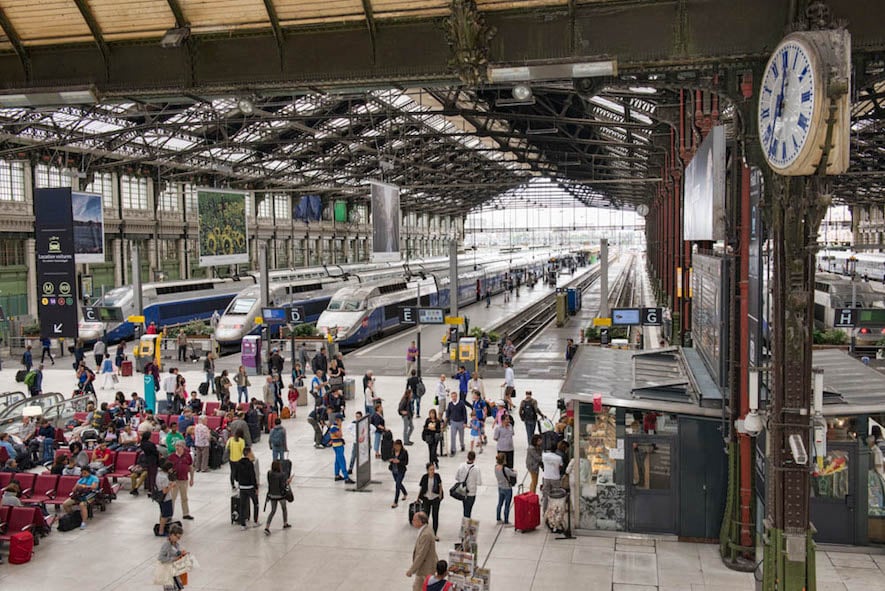 Then, we were done. We picked up our luggage at the hotel, walked back to Gare de Lyon, and took the TGV back to Aix-en-Provence. As the city fades away behind us, so too does our time there, but as the train speeds forward, so too do we, off to the next week and our next adventure.