One of my favorite books, The Man Who Planted Trees, is a fictional account of shepherd who lives in a ravaged and wild landscape in a simple hut with his dog and the acorns that he sorts, soaks, and carries with him to plant each day as he tends his flock. A young man who is hiking to escape the tangled destruction of an overly industrialized world encounters the shepherd. The hiker befriends the shepherd and visits him over decades, witnessing the growth of a forest, sees a water table restored, and notices an abundance of species returning to the hills. He marvels and is inspired by the work of a single planter of trees. 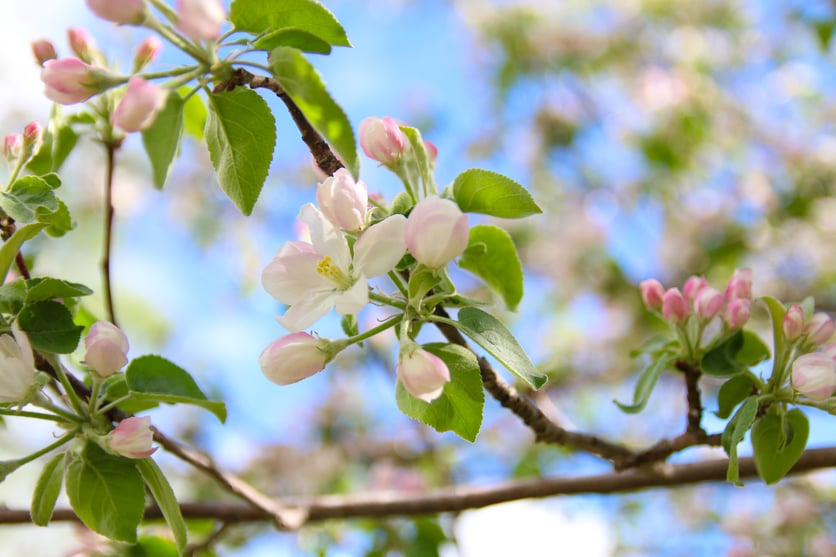 I remember being taught how to plant trees by a man named – and this is not fiction – Forrest. He had two fingers missing from his left hand, played bass guitar in a country and western band, and he planted trees with the gentlest of touches. He taught me how to spade a hole, making it wide enough. He taught me how to spread the roots and protect them from the sun in burlap during the planting. He taught me the importance of watering after the tree was transplanted. Always the watering. I planted trees with him over two summers, and I watched those trees grow over years and then decades, and it has always been a source of great satisfaction. Sometimes, even today, I visit them when I am in Maine.

Recently I embarked on an apple tree project that reminded me of both the books and Forrest. A long skinny box arrived from the Fedco company with six young apple trees and one pear: Cox’s Orange Pippen (2), Esopus Spitzenburg (2) Northern Spy (1) Williams Pride (1) D’Anjou (1 – pear) Their roots were wrapped in damp, shredded newspaper, and each one had to be gently lifted out and placed in a carefully spaded hole with composted soil. I planted these trees last weekend (with significant help), tamping down roots, carrying water buckets, and worrying about insects and deer. Hopefully in five years they will start bearing fruit, in twenty there will be a bounty, and the trees will produce for generations well beyond my time. 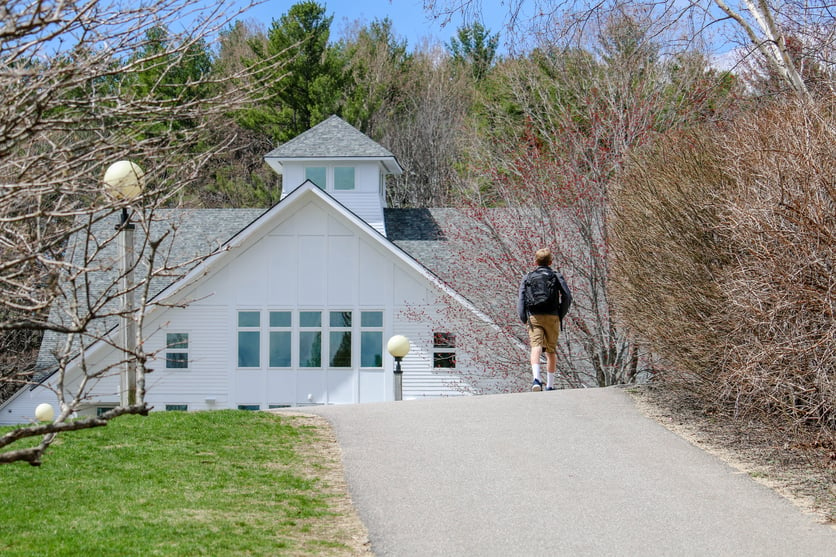