Mike's Notes: The Forge - Good for the Soul

Corby Leith '92 and I were talking Thursday morning in Slocumb, reviewing some of the charcoal work of this fall’s art students, some of the framed work in racks that had been in a summer show, and then he checked his schedule and realized he was supposed to be in the forge teaching. We scooted out through the ceramics studio and headed around to the backside of the Shepard Boat House to the shuttered door of the forge. I thought I would tag along to see how the class unfolded. 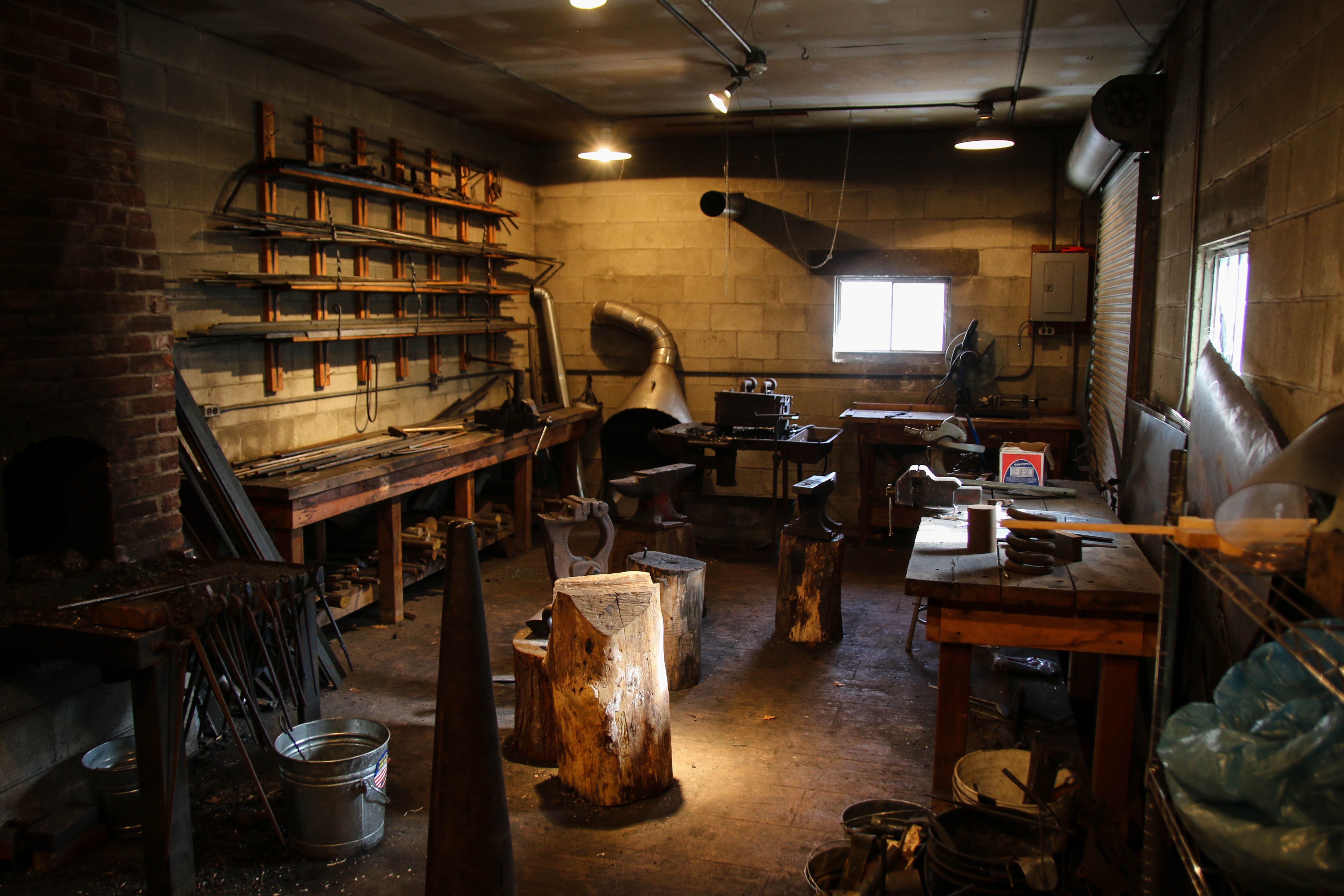 A half dozen students crowded outside the forge as Corby unlocked the shop. They donned their aprons (no synthetic clothing allowed, no fleece, nothing that might melt) and circled around the cold forge. Corby scrunched up paper, lit a piece, and piled wood shavings on top of the paper. He asked students about the next project they were going to work on. Did they have their sketches complete? Had they thought about the materials they would need? He adjusted the blower fan, piled on some coal, got the flue drawing, and soon there was a cheerful, hot blaze in the hearth. The pungent smell of coal smoke wafted through the room. 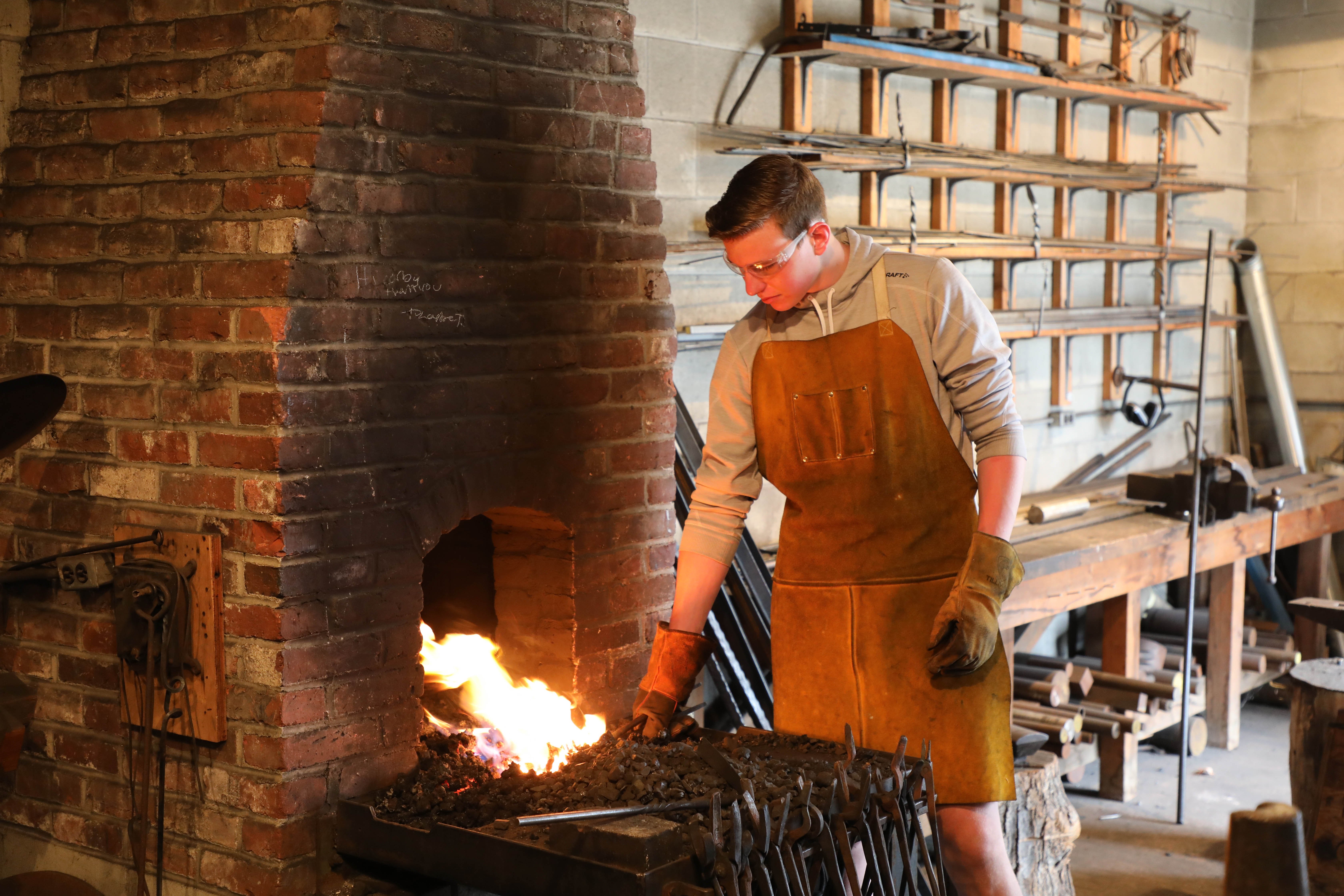 Not a lot of schools that I know let students pound metal, use a plasma cutter, or weld as part of a class. Metal Engineering affords that opportunity to a handful of students each term at Proctor. When I sat back and watched students Thursday morning - some of them finishing up a hook project, some designing their next piece, all of them moving between the hot glow of the forge and heavy anvils or vices to hold and shape their metal - I thought about how good this class is for the soul. You work up your idea in sketches. You take a piece of stock metal off the wall rack,  flat or round, and gauge whether the thickness will work for your project. You go to work. You measure the stock, cut it with the plasma cutter, heat it in the fires, and start bringing your vision into being. Mistakes are made. Metal has to be reshaped. It has to be ground with a grinder. It goes in and out of the fire and is hammered thin, held up for inspection, and pounded again. Corby offers advice, moves from one station to the next. He helps when needed, guiding the process, but he makes sure he doesn’t drive it. 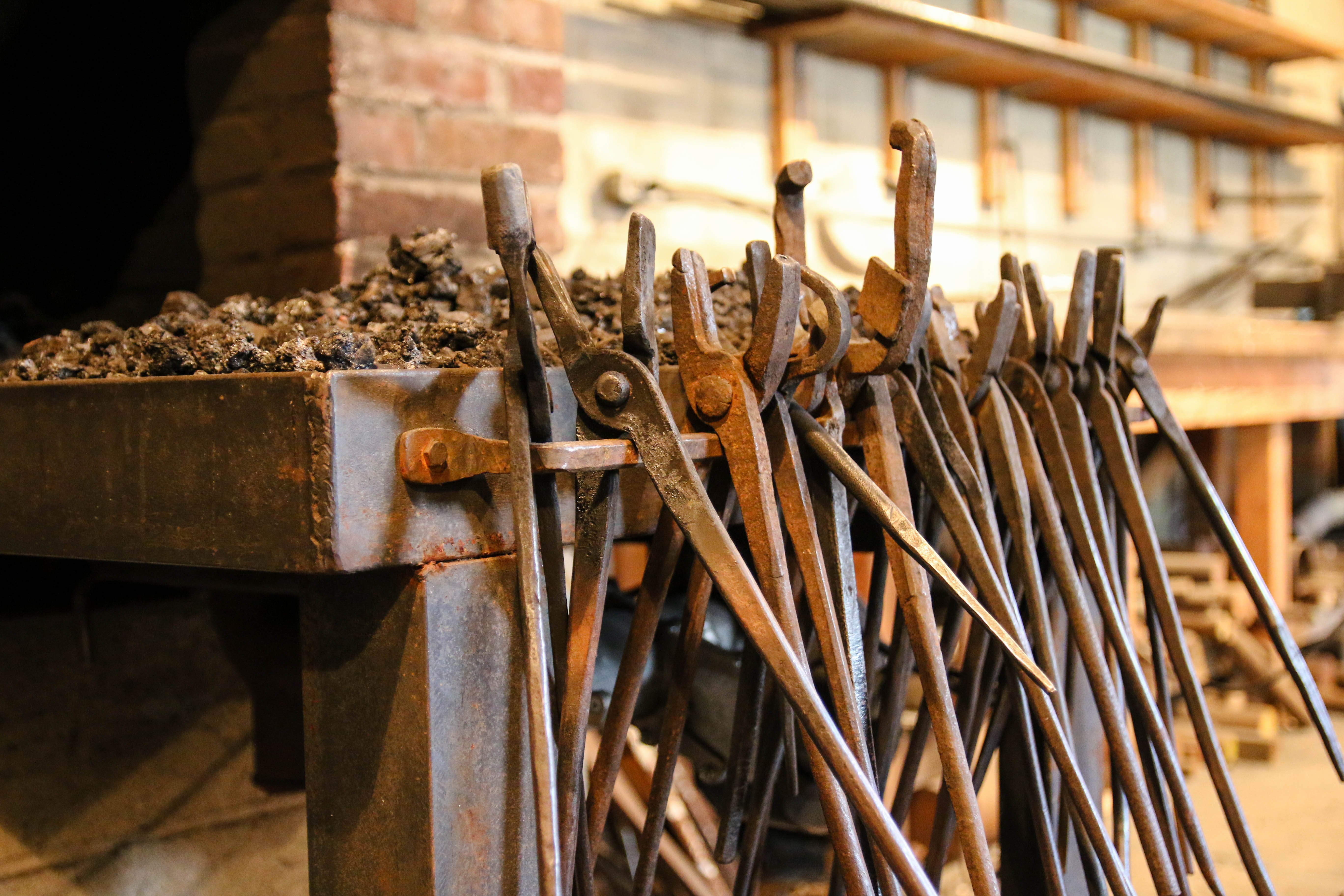 I listened to the tinging of hammers against the steady whirring of fans pushing smoke. There’s a feeling in that forge. It’s a smudgy kind of place with the racks of tongs and hammers and welding helmets and the heavy aprons that all the students wear. The feeling is a mixture of wonder and pride, something that the elemental aspects of this kind of learning and work elicits so well. That sound of metal being shaped on an anvil reverberates in the same way it did generations ago, the weight of the hammer is similar, the glow of hot metal the same, the same kinds of tongs used. All of this, I believe, is both immensely steadying and inspiring to students. Centering. 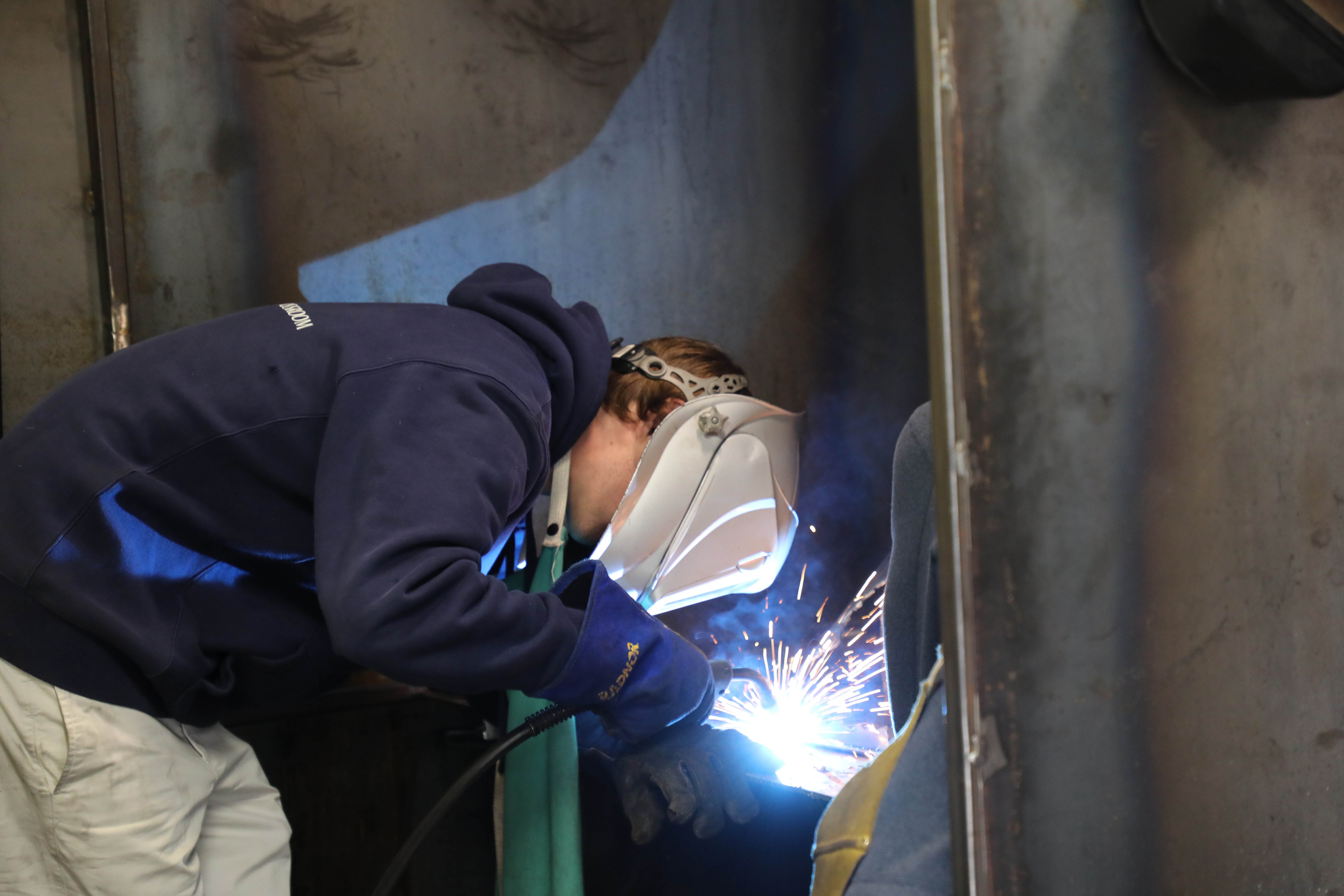 You want to know what makes Proctor different from most schools? Well, the forge is one of those places where you can find the Proctor answer. It’s worth a visit, and Corby and his class made my Thursday.