Proctor graduates are collaborative, ethical individuals, ready to contribute productively to their communities. At least that is what we have written in our aspirational Profile of a Proctor Graduate statement. But how do we get them there? Well, part of the answer might be found in last night’s end-of-the term “Innovation Night.”

Research into a lost Revere bell in the old Congregationalist Church turned Proctor infirmary, a business plan to turn plastic trash into lego like building blocks in India, scuttling robots picking up styrofoam squares and controlled by iPhones…all of this was on display by Honors US History, Social Entrepreneurship, and Engineering classes last night. Fiona Mills, Gregor Makechnie, and Josh Norris shepherded their students to these final projects, and what had been happening behind closed classroom doors all term suddenly boomed into the open. It was an affirmative display of collaborative, creative, Proctor “profile” work. 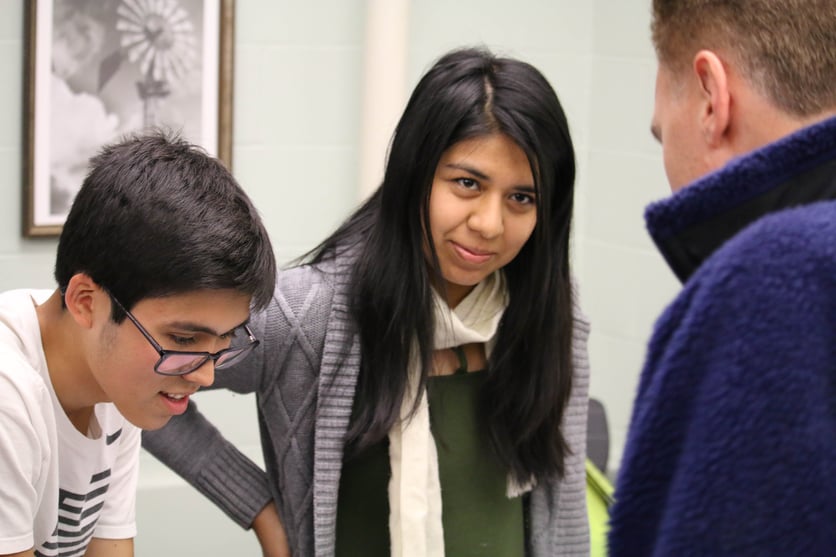 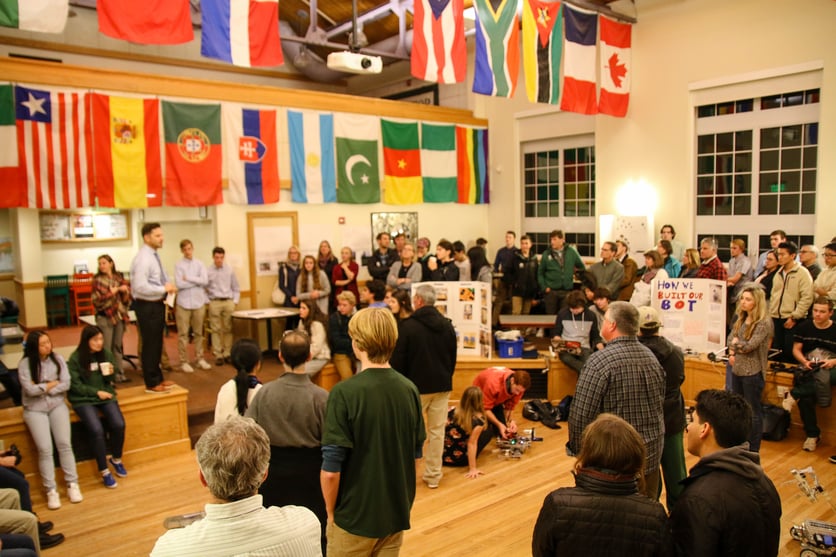 Scattered throughout the Wise Center and English classrooms, groups of students presented research projects, pitched social entrepreneurship ideas, and toggled robots through intricate tasks as part of this end of term Innovation Night. There were timed presentations with feedback from outside experts, opportunities for onlookers to “invest” using Monopoly money, and the vibe of friendly competition and pride. And, yes, just like in the game Monopoly, the five-hundred dollar bills were prized. 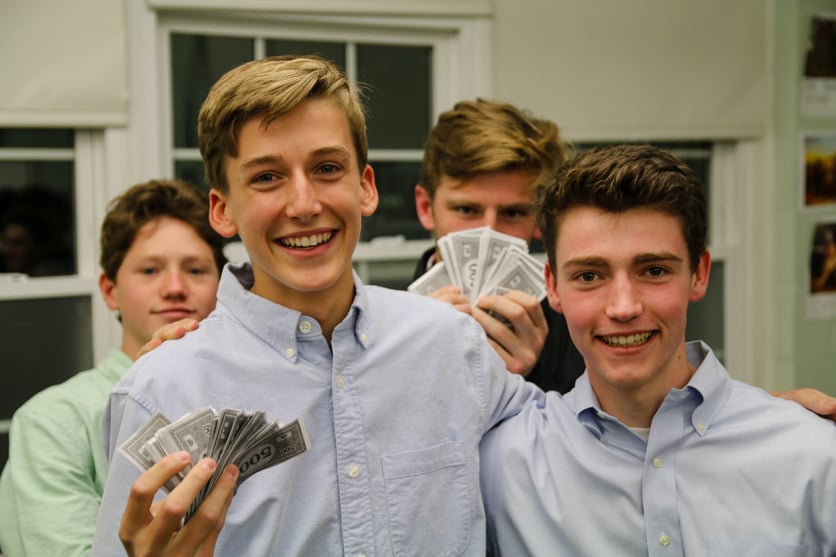 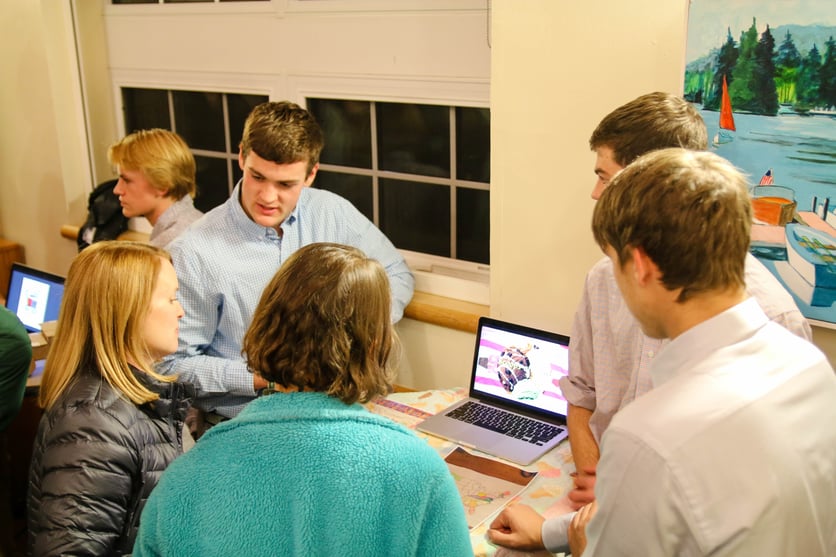 I spent a good bit of time talking to students in Fiona’s U.S. History class.  Among the projects, the old Ski Hill behind Leonard Field had been researched and there was excitement about the prospect of bringing it back to turn it into a free-ride facility. Such can be the infectious power of research. Another team looked at the history of hockey at Proctor and the various rink sites on campus where it has been played (there have been at least three). 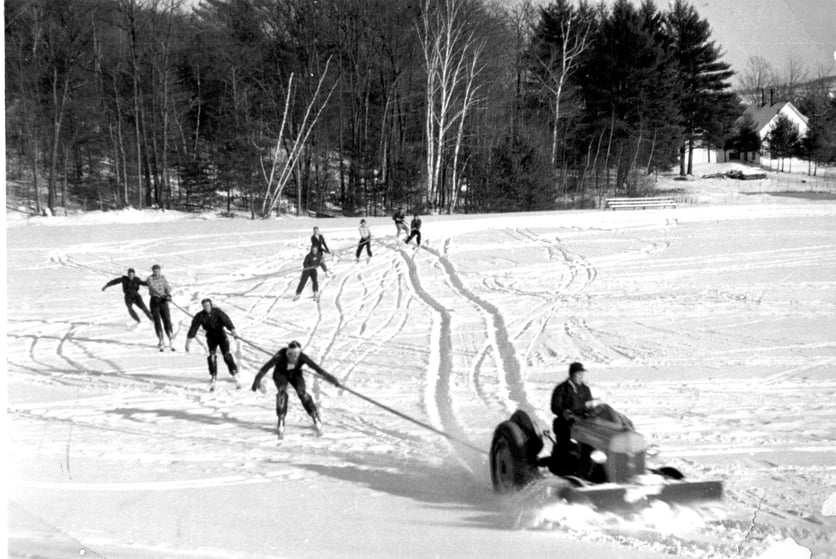 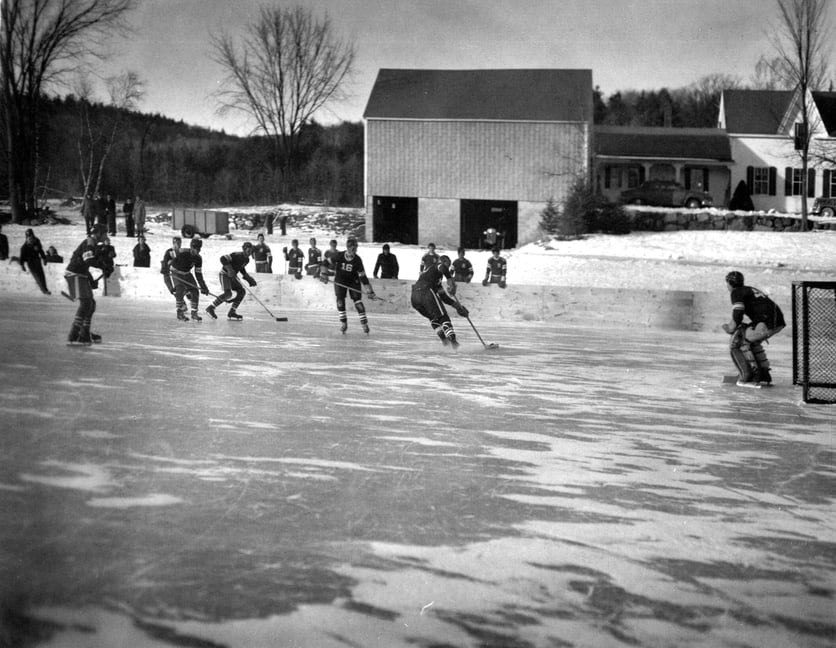 Archival photographs were uncovered. Students interviewed local historians. They visited sites. This research into history - primary in its nature - deepens understanding of place, and one has to get to know place before one is ready to invest in place. Whether it was the regionally famous haunted cemetery on the other side of Carr Field or the Wilmot Town Pound, community became more real, more multi-faceted, and less abstract for these historians, entrepreneurs, and innovators. 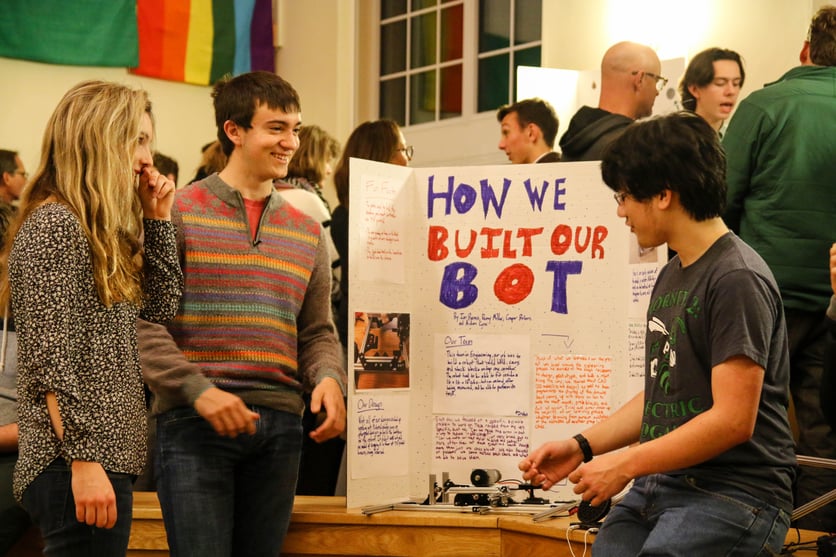 And there’s something about listening to presenters who want to solve for clean water, create cheaper building materials with trash, engineer and program robots, something about that that kindles hope for the future. These are students who not only know they want to make a difference but who have practiced the steps that making a difference requires. They collapse that distance between the theoretical and the doing.

Collaboration. Engagement. Creativity. It was all part of last night’s Innovation Night.