I have been in Chicago since Wednesday and flew back Friday afternoon. These are wild times in the windy city. Chicago hasn’t won the World Series since 1908 and Cubs regalia can be found on every street, white “W” towels and flags are ubiquitous, and people whisper about tickets. Who has them? How did they get them? They sell for thousands of dollars. There are whispers of forty- thousand dollars for a seat. A seat. Bars out near Rigley Field plan to charge a 200 dollars cover on game day. For that price you get to watch the game on a television close to the ballpark. That’s it. The lions outside the Art Institute of Chicago wear big, blue Cubs hats perched on their majestic heads. Clearly this city wants to roar. Is roaring hard.

It's a fascinating team. 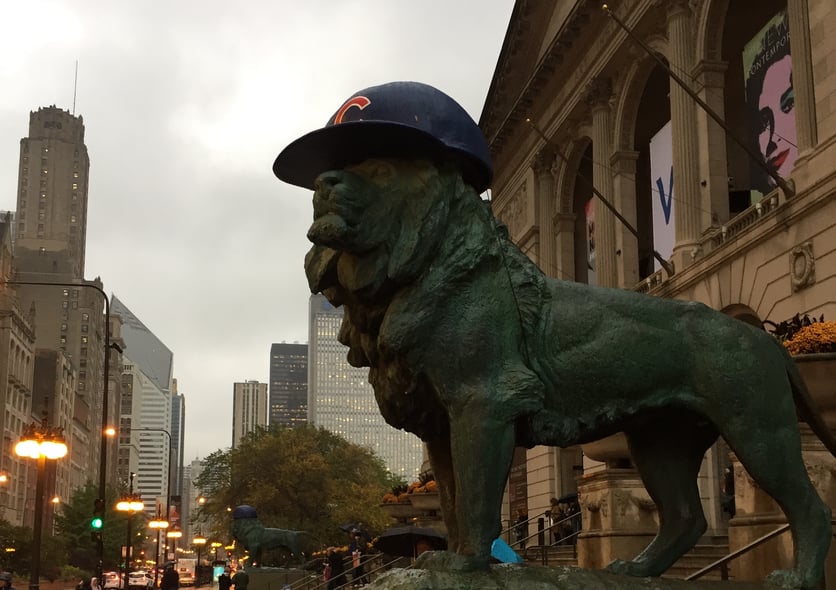 Last Saturday I stood on the sidelines of a boys’ JV2 soccer game, and watched play roll back and forth. It was raining, windy, and cold. A couple of supporters lingered under the shelter of the east entrance to the rink; no one was on the sidelines. Players hopped up and down. They shivered. No one was dry. Cheers broke out sporadically, mostly from the players themselves. There was a free view of the field and the sidelines were open. At half time I followed the players inside, then back out. The game wasn’t Livestreamed, so to watch it you had to be at the field. The trees roared in the wind. It rained hard.

The World Series is split, tied one game apiece, and play moves to Chicago tonight. There will be millions of people in the city watching or following the game. The JV 2 soccer team lost last weekend, their only goal called back: offside. The JV2 team hasn’t won a game this season: 0-9-0. The Cubs won 103 games in the regular season, the most in the Major Leagues. One team is living a dream and the other team is dreaming of their first win. One team has learned to cheer for themselves while a whole city raucously supports the other. Which is more important? One team plays in the moment without the weight of history; the other has to play with the weight of a city and all of history. Who plays for the simple joy of the game? 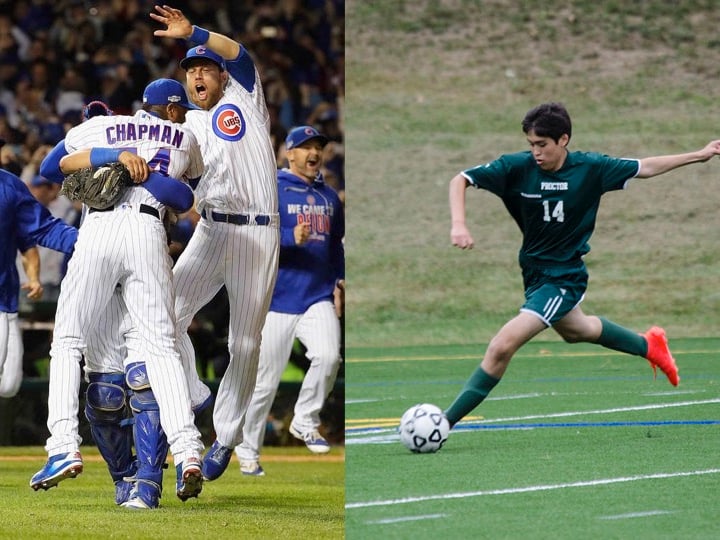 I am cheering for the Chicago Cubs to win the World Series, but I am a fan of the JV2 Boys Soccer team still looking for their first win. The difference is profound.