Mike's Notes: The Light of the Journey

Taking an early evening tour around campus Thursday in the spectacular light of a mid-May evening, I happened to pass the woodshop where Greg Allen holds “extra help” sessions on Tuesday and Thursday. The pool of light spilling out, the sound of the bandsaw and table saw, the hum of the vacuum system for dust mitigation, exerts a kind of gravitational pull. 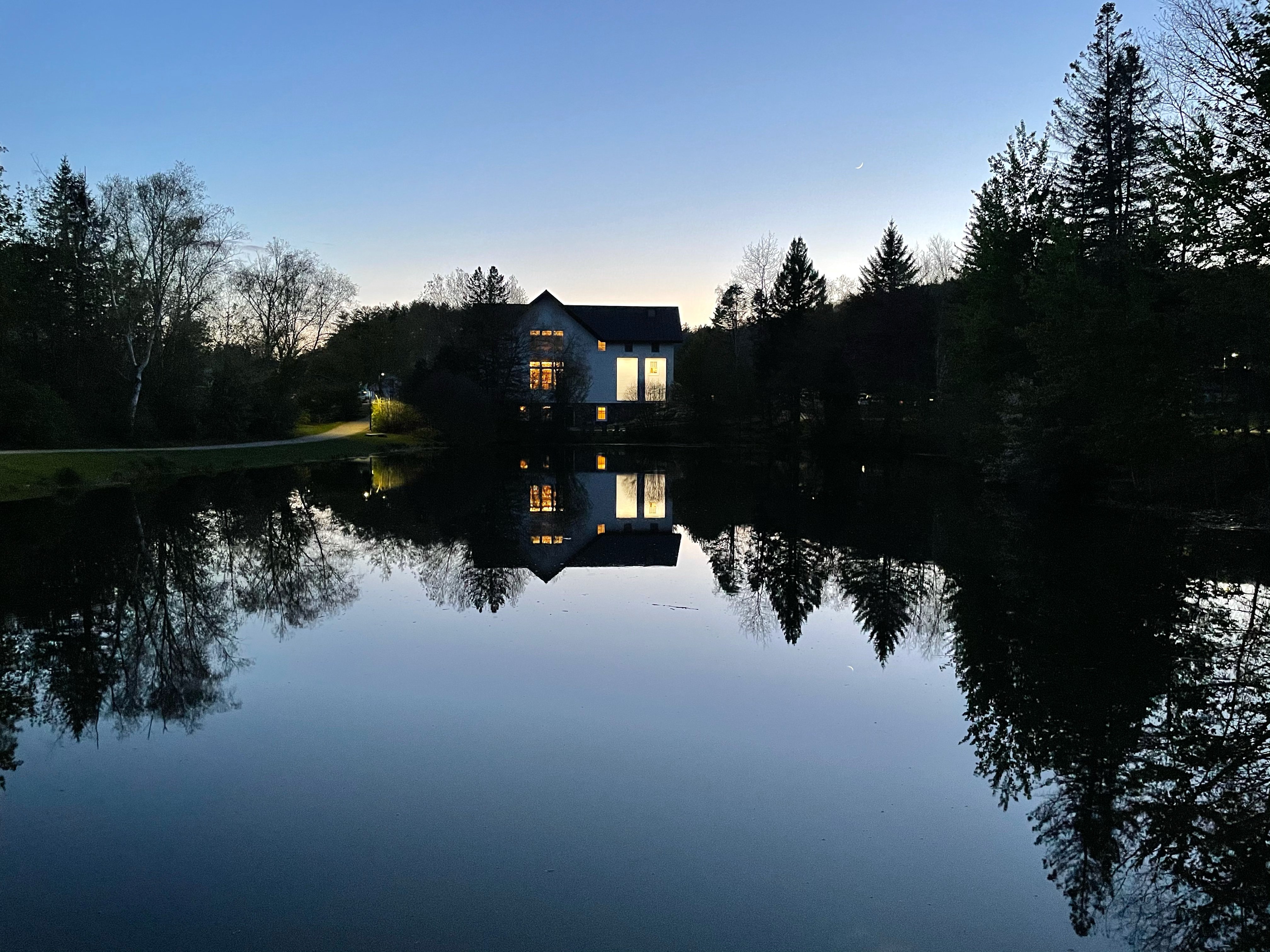 A handful of students worked on projects from jewelry boxes to porch swings to game boards. There’s not a cell phone in sight. Everyone is dialed in to what they are doing. Grayson running a piece through the bandsaw was totally locked in and focused. Cha sanded. Saul and River mapped out their game board. On Thursday evening it was a place of “flow.” And then there was the skiff.

It’s been a fixture in the boatshop for the last three years, a project of Oliie Weiss ‘21 chipped away at in between two off-campus programs, Covid-19, a busted leg and surgery on his arm. It’s been a constant for almost his entire Proctor journey. Close to 16 feet long, the flat-bottomed skiff has come together slowly, a project requiring patience, persistence, meticulous attention to detail, and grit. In chatting with Ollie he shared that it’s become a bit of a delightful obsession. ”It’s something that I think about all the time. Before I go to sleep I think about what I am going to be doing the next day.”  Hundreds of hours of audio books and podcasts tempered the hundreds of hours of sanding. He’s used gallons or resin and hardener, yards of fiberglass. This week, because of Senior Projects, Ollie can work until dinner after breakfast. Lunch is a distraction. He’s definitely in a flow state. And while he’s been following design plans throughout this process, over the years he has gained enough confidence to tweak the process, following paths that make sense to him and seem to be paying dividends. He’s becoming a true craftsman.

What’s also clear is that through the process of working on this skiff, Ollie is pursuing a passion both for the building of boats and life on the water. Will he build another one? “Absolutely,” he says. He already has a prospect picked out, another flat bottomed boat that will be much lighter and can ply the shallows for striper fishing. He will also pursue more career opportunities on the water. Right now he already works as a captain on the Cape, shuttling visitors around the waterfront and out to beaches for a resort. But he has his eye on procuring his 100 ton license. The world is opening up to him. 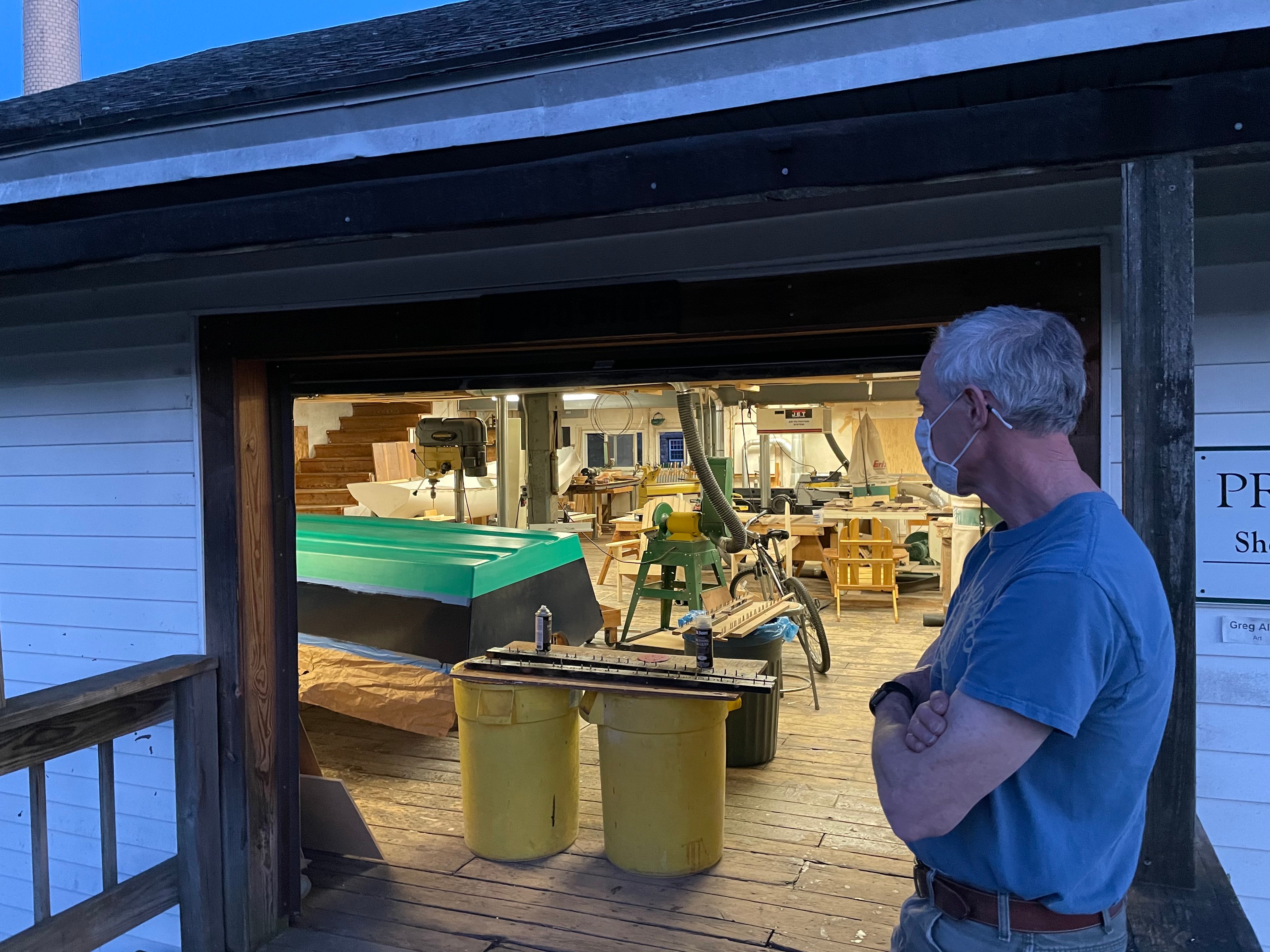 Greg Allen leaning against the railing outside of the woodshop, let me know that in all his years at Proctor he has only seen maybe one other student with Ollie’s level of stick-to-it-ness on a boat project. He showed me parts of Ollie’s boat, and commented, “I don’t think I could have done what he did here.” The respect and admiration for the work ethic and the craftsmanship is clear. But Greg also reflected on all the students that circulate through his sanctuary, developing skills they did not think they could develop, finding ways to bring shape to wood with tools they never knew they could master. As I I left the woodshop and looked back to the open door with yellow light spilling out, I thought to myself, “What beautiful thing.” The light of the journey, what a beautiful thing.