Mike's Notes: Sports and The Planting of Hope

We’re obsessed with sports. So many fans, so many teams, so many opportunities to lose oneself in a quarter, a half, or a period. I’m not saying that it is a bad thing, and truth be told it might be one of the few distractions that can push the dire din of news off to the side. At least temporarily. One can only imagine that having the Washington Nationals in the World Series is a good thing for D.C. How could the first two games played in Houston and won by the Nationals not bring needed distraction and cheer to the beltway region? It’s just the nature of the beast. 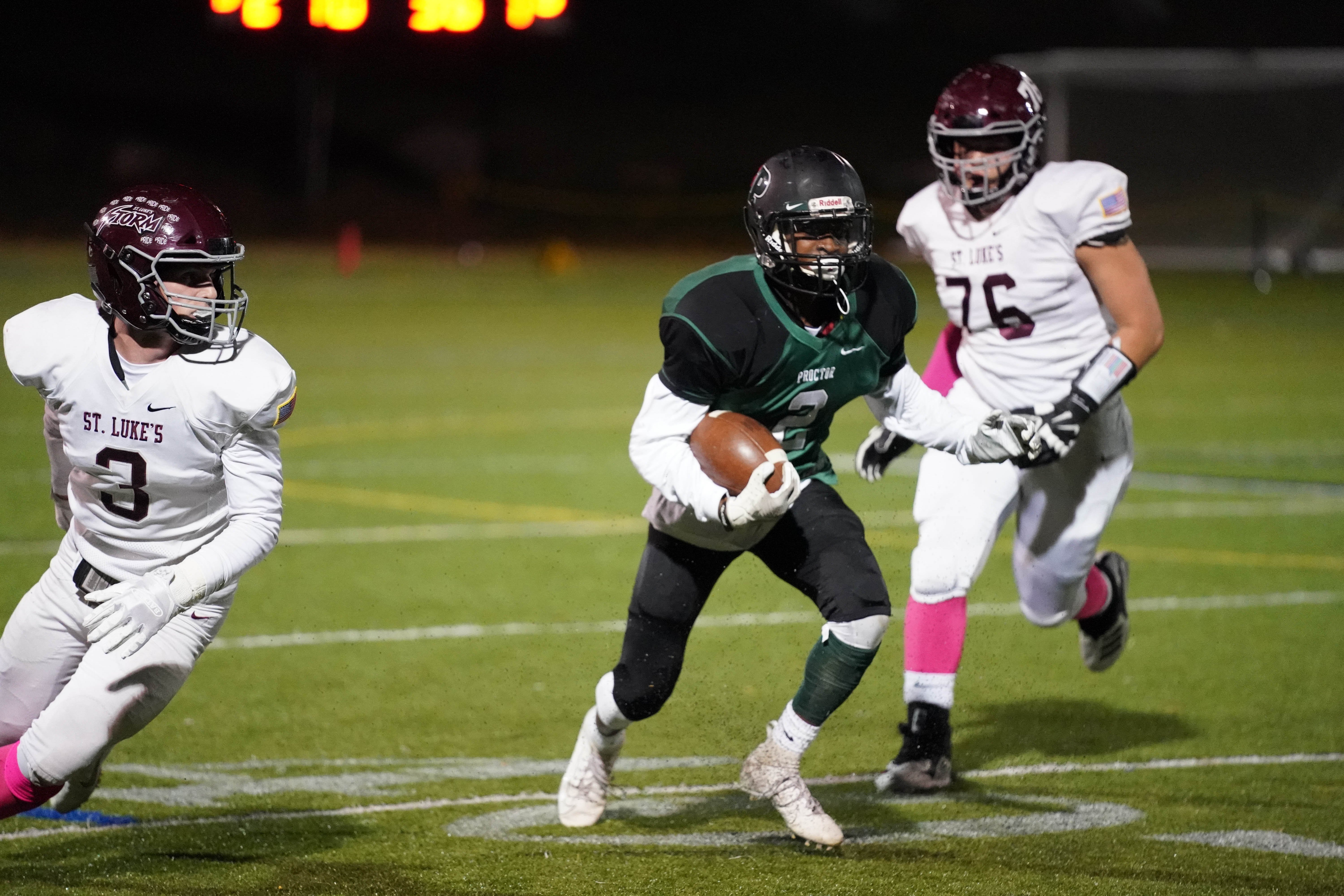 We pick our teams and give away our hearts. It’s no different here. Sports fill that missing piece, giving us a sense of belonging to a group, a tribe, and the last week saw a couple of highlight reel moments and the character of sports at its best. It doesn’t always have to be that way. Sports can divide and bring out the worst, turn us into hooligans, can blind and bias us. At their worst, they can create the kind of partisan gridlock we all know too well today. But at their best?

A couple of the most thrilling community moments played out on the turf fields last weekend. Electrifying, uniting, hopeful, and astounding. One unfolded in the last play of the Friday night football game, after the opposing field stormed the field believing that they had won the game. But there were still seconds left on the clock and time for one more play. The other team was herded back to the sidelines and the ball was snapped one last time. Jake ‘20 rolled left, rolled left some more, and then shoveled a pass to Hunter ‘20 in the end zone and just like that the momentum flipped and Proctor and its fans stormed the field.

What a way to end Friday night of Fall Family Weekend. Down 9 with under 4:00 minutes to play, Varsity Football has an unbelievable comeback and with :01 left on the clock scores a TD to win it 32-28 over St Luke’s! #proctoracademy

Another was an impossible save by Massimo ‘21 on a penalty kick in the last seconds of a game against Brewster, preserving the 2-1 victory. A third occurred at the varsity field hockey game, senior day, when the seniors on the Proctor team presented flowers to the seniors on the opposing team in a moment of connection and recognition: we are on this journey together even as we play against each other. (Yes, the girls went on to win that game.) This is sports at its best, its most uplifting. 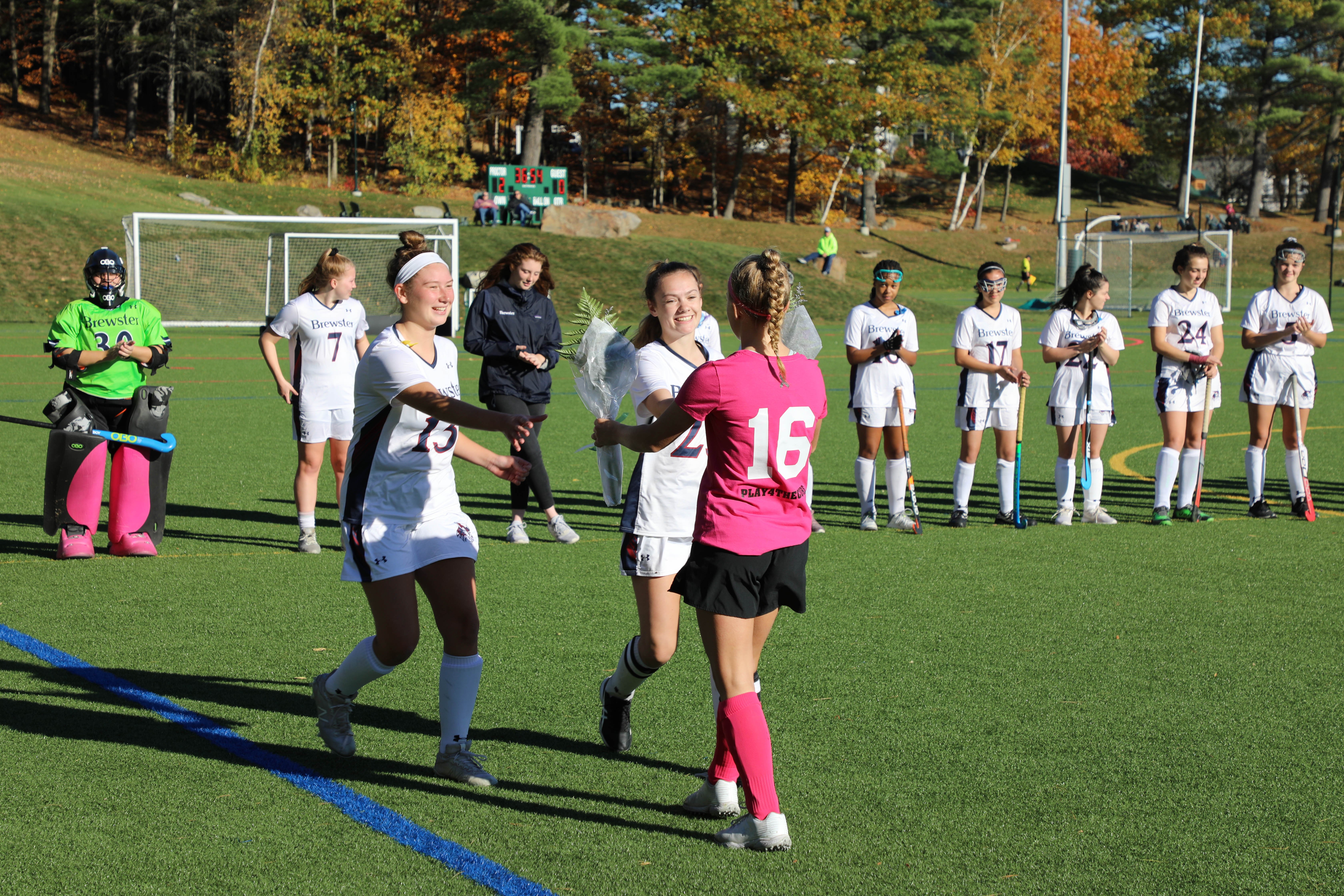 One of the books I used to teach, and one of my favorites still, is the novel Going After Cacciato by Tim O’Brien. It is set in Vietnam during the war, and thematically it explores the power of the imagination to overcome the adversities of reality. Part of it is about basketball, and the games (real or imagined) that are played against the backdrop of the battlefield. The games provide a respite from the war’s horrors for the soldiers who play, and they play as often as they can in fierce, but fun competition. At first it works, but the respite is only temporary as reality stalks the sidelines of the court, then creeps inward. The games become increasingly vicious, the escape from the war increasingly temporary. Sports ultimately fail as escape.

But there is something that happens in sports that is not temporary. There is something permanent, if delicate. In those moments that we experienced last week at Proctor, in those thrilling displays of athleticism and character, a kind of hope is planted. The tiny tendrils sink and grab hold. The rules matter, character matters, effort matters. In those transient moments of clarity, everything clicks into place and the universe coalesces into something cogent and cohesive. And that we can carry forward long after the games have ended.