The publishing of THIS TED Radio Hour (republished last week after its initial release in April 2017) coincided with my wife, Lindsey, winning the lottery to Hamilton in Boston over Thanksgiving Break (yes, it lived up to the hype!). Among Lin-Manuel Miranda’s lyrical genius throughout the musical is the line in Aaron Burr - Sir, “If you stand for nothing, Burr, what’ll you fall for?”.

The challenge Hamilton throws at Burr hits close to home for me as I search for that internal fortitude to act against injustice, and not just share my feelings about it with those I trust. What is it about our internal makeup that empowers some of us (Alexander Hamilton and the other speakers in the Ted Talk Radio Hour linked above) to speak up, while others of us struggle to take a stance, fearful of what peers and society might think, worried we may find ourselves on the wrong side of the implicit tug-of-war for power that constantly surrounds us?

Social psychologist Adam Galinsky explores the science behind this age-old struggle of moral conviction in his Ted Talk above. There has always been, and will always be, injustice in the world, it just feels more visible now that media has penetrated all areas of our life. For better or worse, it is impossible to hide from the uncomfortable: racism, inequality, climate change, poverty. Name the struggle, and a select few of us are doing everything we can to shift the direction of the world around us. None of us want our grandchildren to have to say, “My grandfather knew about this issue, but did not speak up about it,” yet our inaction persists.

Heroes of history are often those who spoke up for that in which they believed, ignoring the risks of their voice extending beyond what society deems an acceptable range. Martin Luther King, Jr. , Sojourner Truth, Dietrich Bonhoeffer, Nelson Mandela, Mahatma Ghandi, Malala Yousafzai, and countless others each defied the power double bind, but how? Galinsky’s research suggests those who possess moral conviction (the willingness to speak up even after rational analysis determines a danger of doing so) do so because of a combination of innate moral obligation, the expertise they believe they have to share, and, most importantly, the support they feel from their peers and allies. In short, feeling a part of a supportive community is the single greatest factor in our willingness to speak up for ourselves and those around us.

As we navigate our way through the first week of the Winter Term, a group of five students and two faculty have immersed themselves in the NAIS People of Color Conference in Nashville. Mikel ‘19, Hailey ‘19, Essence ‘20, Zina ‘19, Neal ‘19, Fiona, and Lori (below) have joined together with thousands of other students and faculty from around the country to explore the challenges and opportunities that surround being a student of color at an independent school. 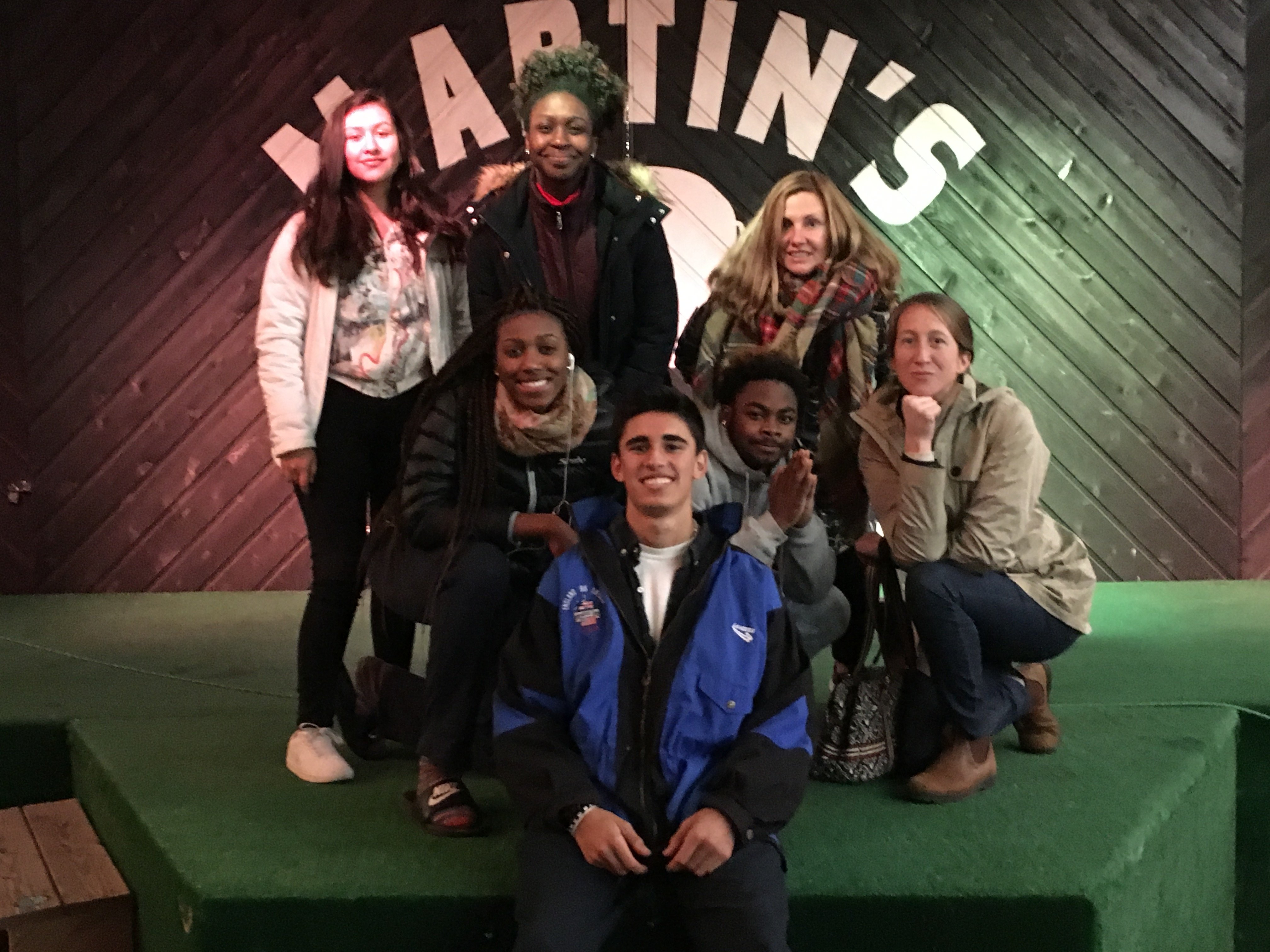 As this group of students feels the support of the Proctor community and the greater independent school community surround them during this journey, they hopefully widen their range of acceptable behavior. We cannot wait to hear about their experiences upon their return, to see their confidence effect change within our Proctor community as they help us all realize speaking out doesn’t mean you have to shout, it simply means you need to be there for someone you see experiencing injustice. Advocacy doesn’t change people’s mind or behavior, relationships do.