Proctor Academy's Mountain Classroom program just completed a weeklong adventure in Big Bend National Park during which they studied wilderness first aid. Students practiced scenarios where first aid skills necessary to respond to backcountry ailments and injuries were required. Check out some stunning photography from the five day trip alongside student reflections in today's Mountain Classroom blog. The group next heads out for a rafting trip up the Rio Grande! Enjoy! 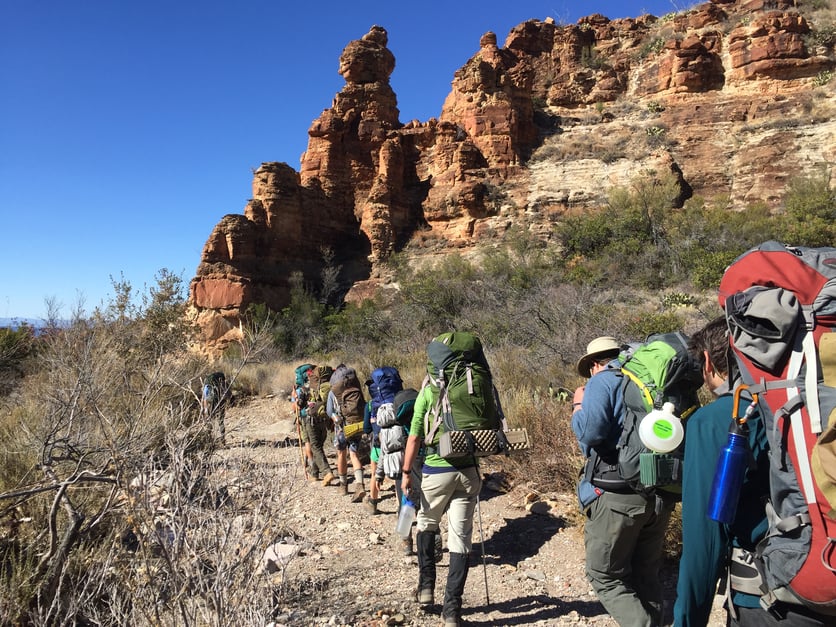 With each step we took to ascend the mountain our packs pushed down deeper into our hips and shoulders. Undeterred, we pressed on to Emory Peak in Big Bend National Park. We slowly rose above the landscape and saw the valley opening below us. Looking down we were able to see the Chisos Mountain lodge and Juniper flats, where we slept the night before.  During a packs-off break, the clouds parted like slow-moving tectonic plates causing the valley below us to expand into buttes, mesas, and then another mountain range.  Looking beyond the valley we realized how small we are. However, as Proctor’s Mountain Classroom, and as humans, we can add beauty to the landscape.

A light flurry of snow descended as we turned the last corner in our climb.  We could not believe that snow was falling in the desert.  The majority of the students were hiking in shorts and a lightweight, upper layer. Snowflakes landed on my sleeve and I brought them closer to my eye. I could see that they had no lattice structure. They were just beads of snow.  Upon showing this to everyone else, we decided that while falling they had melted and refroze.  Snow in the desert was astonishing. As we hiked on we were treated to more breathtaking vistas and whispering grasses. 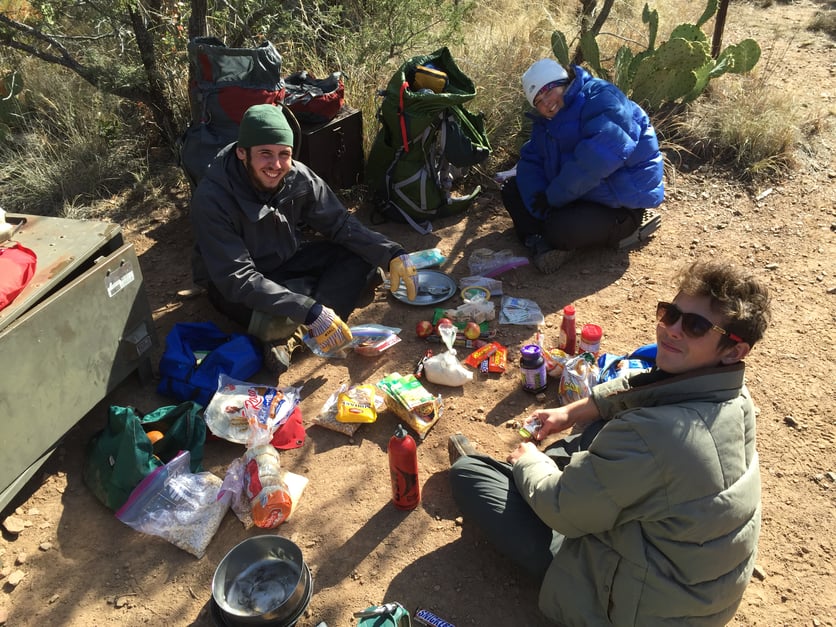 Hiking in Big Bend was full of amazing sights and locations. My favorite was a little cave we ventured into after English class one morning. It was the third day of our backpacking trip and we stopped on the side of the trail where there was a hardened tent site to have class. We were discussing a chapter of Devil’s Highway by Luis Alberto Urrea where he talked about stories of dehydration and heat exhaustion in the desert. Urrea’s descriptions and imagery were compelling and he made me reflect on how harsh the desert can be, even if you think you are well prepared.

After class, though, is when the adventure began. We had seen a cave above us ever since we stopped for class and we were dying to explore it. It was a steep ascent, so Timbah went ahead to check if it was safe and we proceeded up the hill. As I entered, the scent of an old attic filled my nostrils and I realized that the cave was much bigger than I had initially thought. I walked deeper in and my eyes widened in awe; it was crazy to see what nature and erosion can create. I reached the end of the cave and saw an impression in the back wall and I thought to myself, “this looks like a perfect seat.” I sat down, and as I gazed out at the ravine ahead of us, I felt as if I was king under the mountain, sitting on my throne and looking down over my domain. It was surreal to be so high and literally inside a mountain. The view we were presented with were the icing on the cake. We hung out before we headed back down to our packs. Although we were only up there for twenty minutes, I can still vividly picture the view from the cave and it always brings a smile to my face.