Proctor Academy's Mountain Classroom winter 2019 reunited in Texas after the winter holiday break. Kicking off the New Year, this intrepid group of ten students and two faculty instructors set out on a six-day river trip on the Rio Grand through Big Bend National Park. Read Charlotte's '19 account of their adventure below.

Our first expedition back from break was an exciting yet relaxing canoe down the Rio Grande in Big Bend National Park on the border of Texas and Mexico. After hours of intense preparation, we picked up our fabulous guide Billy at Desert Sports in Terlingua, Texas. 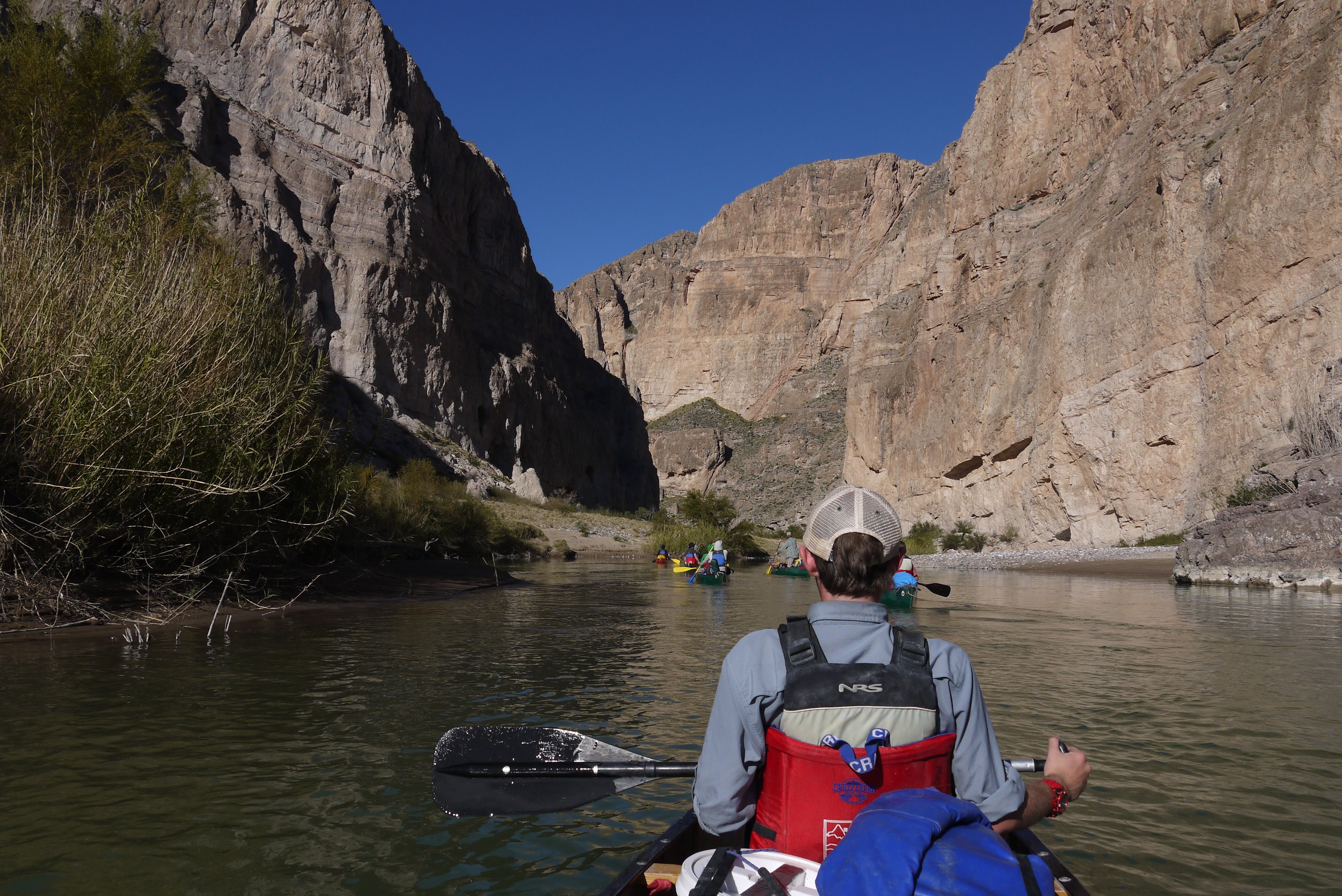 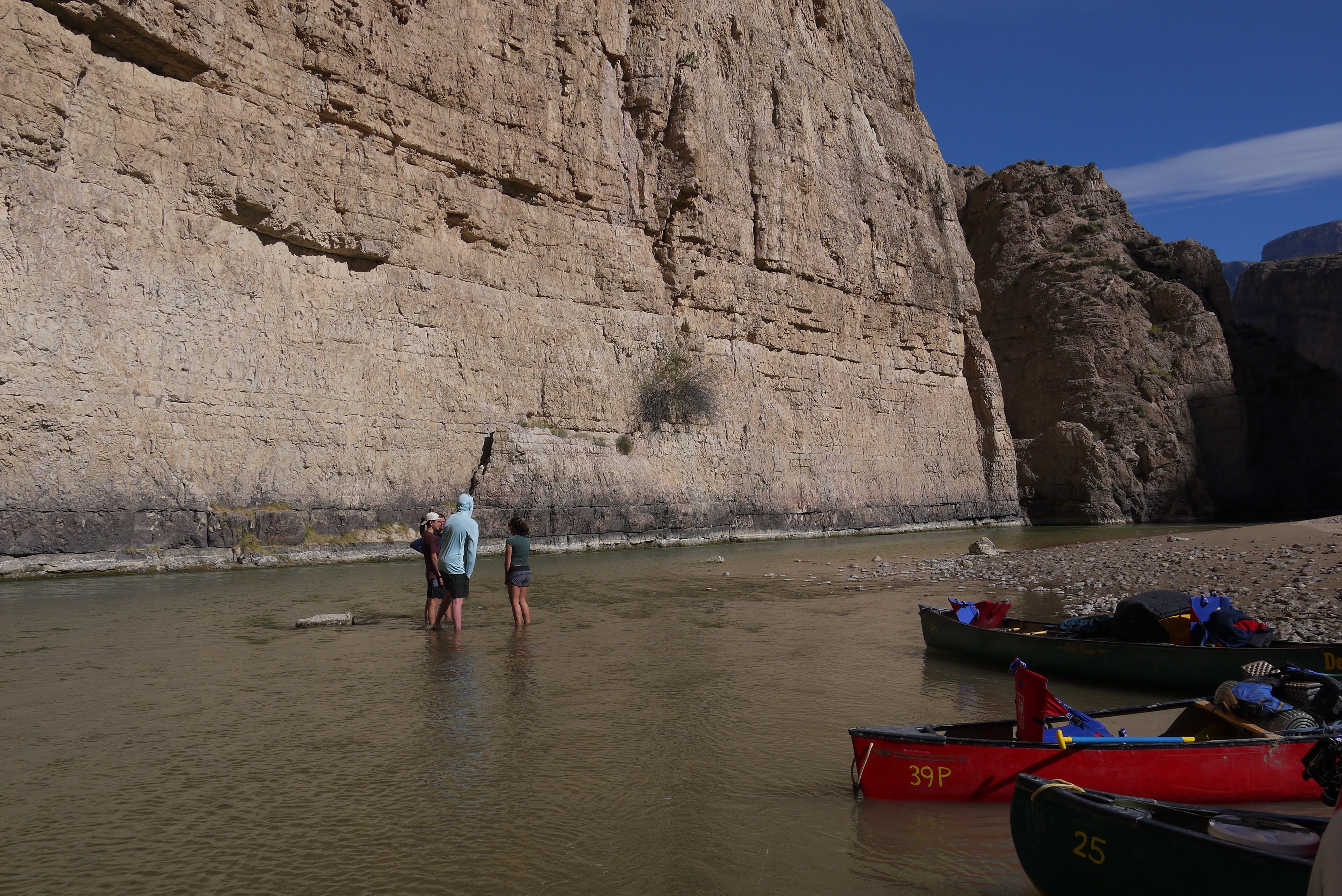 We then packed up our canoes and set off down the river. It was a beautiful day; skies bright blue and the sun shining. As Jane and I (the canoeing dynamic duo) were flying downstream through white water, going at what felt like 50mph, we came to a sudden halt finding ourselves stuck on some rocks. We eventually escaped the rocks, but still managed to take a refreshing dip in the water when we capsized our boat. Shortly after we stopped in Mexico for a quick break and had the opportunity to converse with some Mexican residents in Spanish (the little Spanish I had remembered) and pet their horses. We ended our first day with some delicious chicken and rice for dinner and singing songs by the campfire. 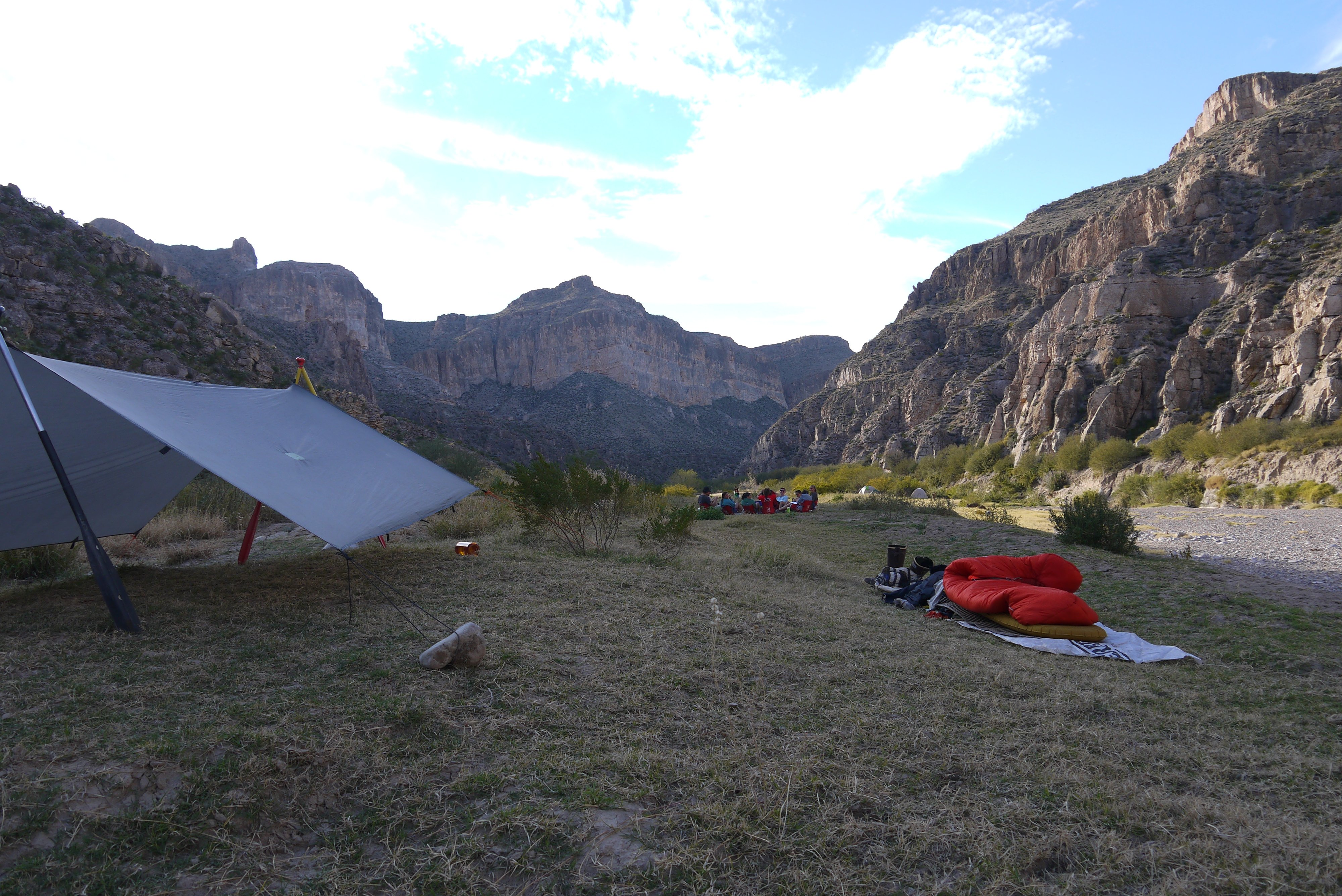 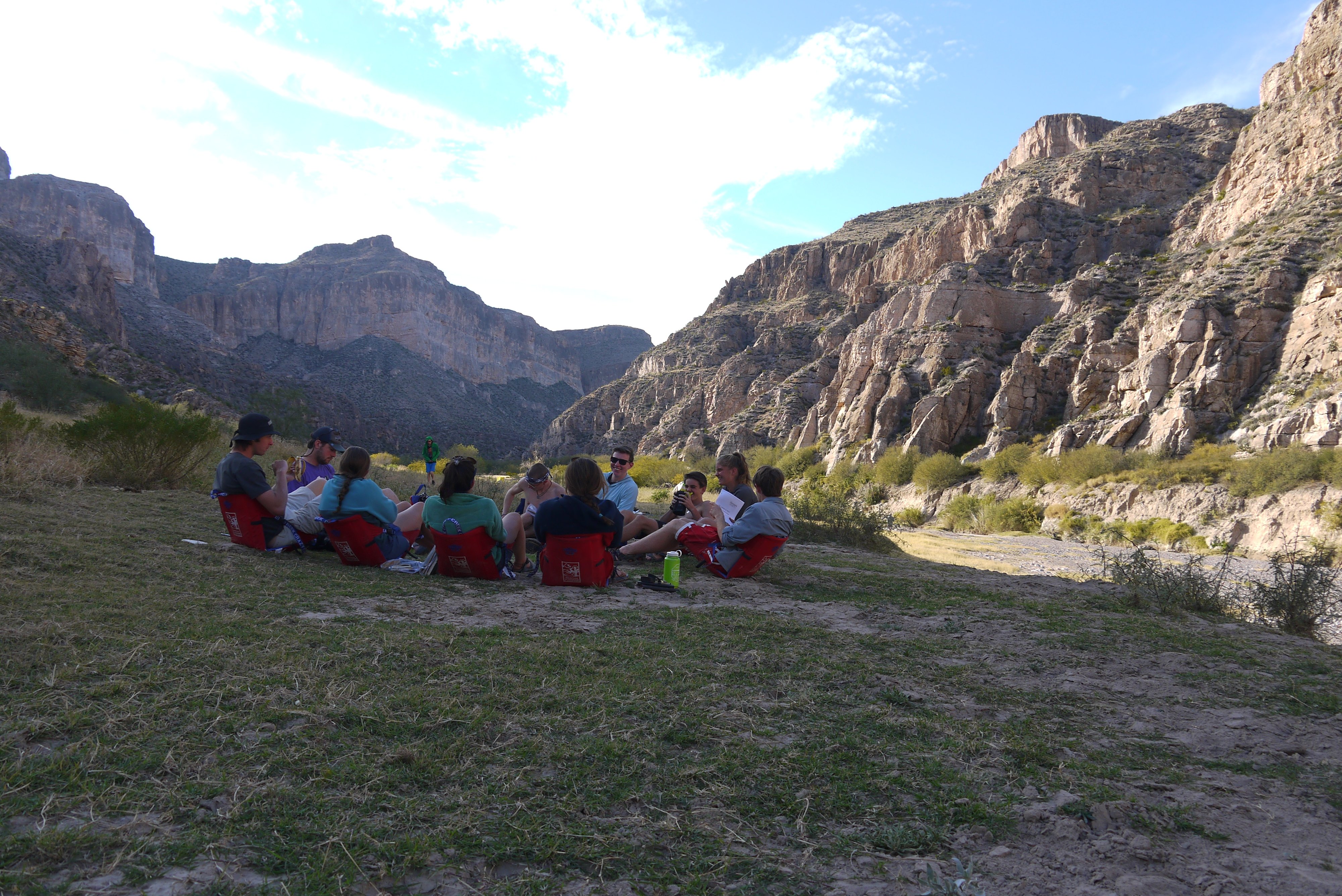 The next day we slept in till 8:30am and were all woken up by gorgeous cotton candy skies over the canyons. We gathered up our boats and started paddling. Later in the day we stopped to get out and hike some canyons. This was a lot of fun. We ran around screaming, laughing, we climbed into little caves, and played a fun game of protect the president which led to us all dog piling Timmy to the ground. After hiking we took some nice mud baths and washed off in the bitting cold river. When arriving to camp we had a science class with Quinn, followed with some free time for water color, journaling, and drinking mate with Kate. 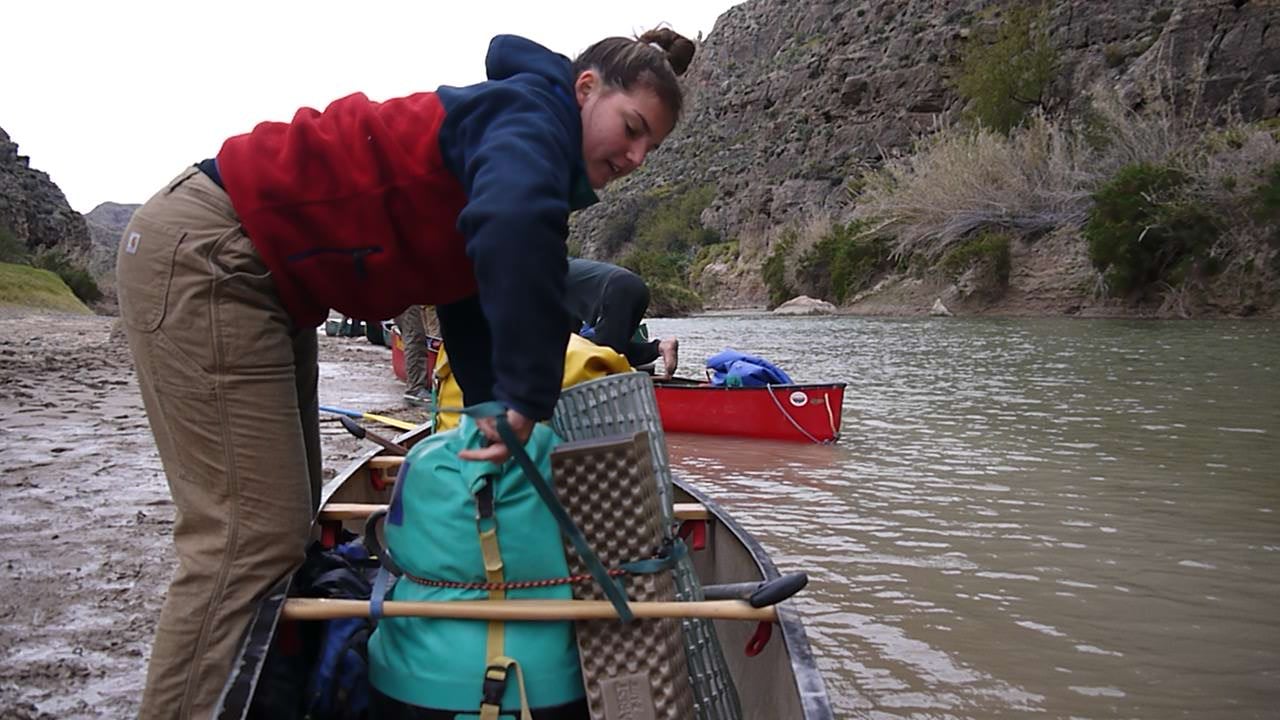 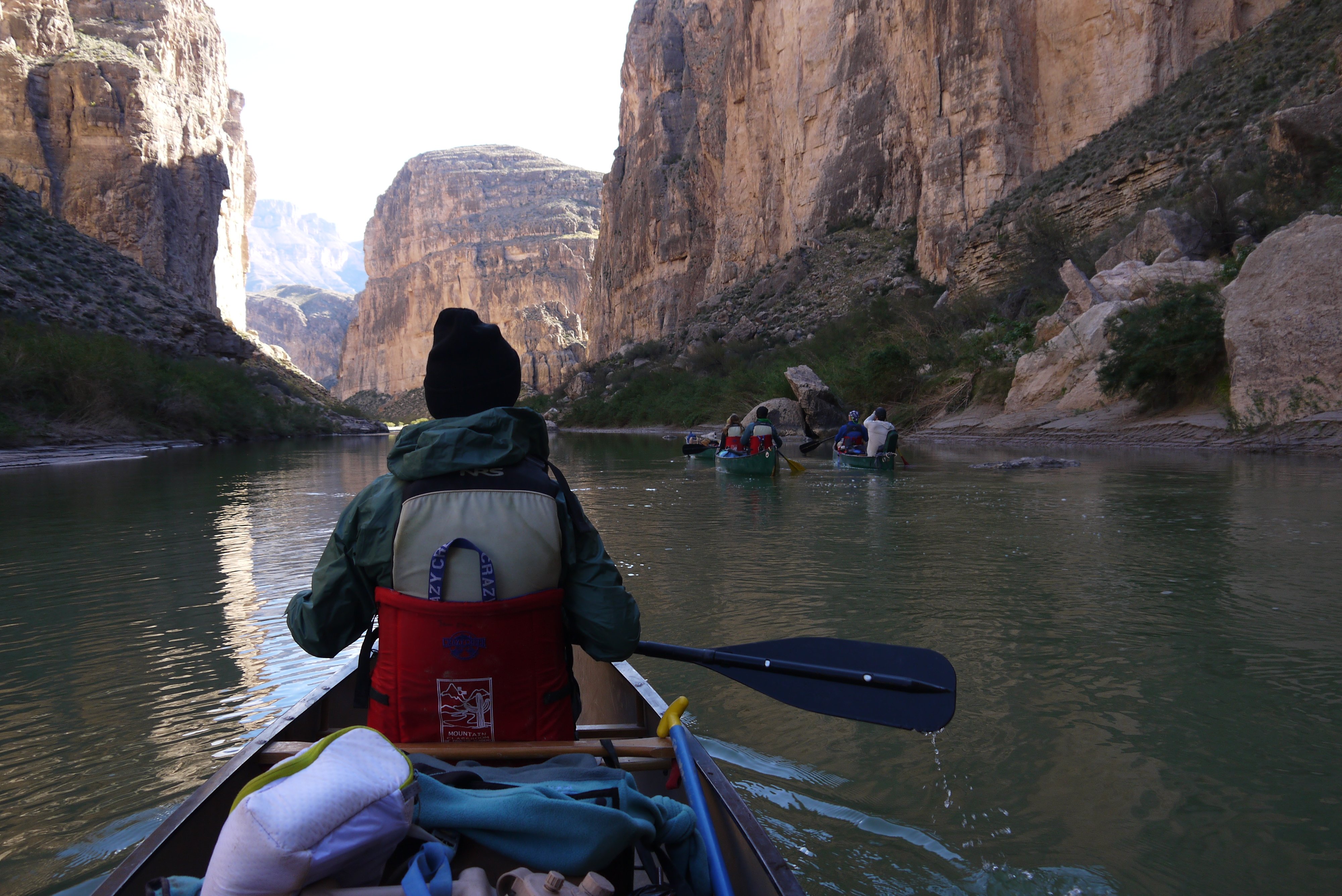 Later on that night, as we were all hanging out in tent city (made by Lulu and Vienna) looking up at the stars, a mysterious figure with a headlamp off in the distance, on what seemed to be the river flowing towards us. Tensions heightened, Will drew a knife, Sean curled up into the fetal position, as we all started chattering out of fear and excitement, under the impression we weren’t alone on this riverbank. As the figure got closer, we called out in quiet desperation…. “Quinn?” Expecting a canyon monster to respond, we heard “Yeah”. Immediately with our minds at ease, we asked “what were you doing over there”, he responded with “I was going pee?” Our cuddle puddle bursted into laughter and relief, as we returned to stargazing. 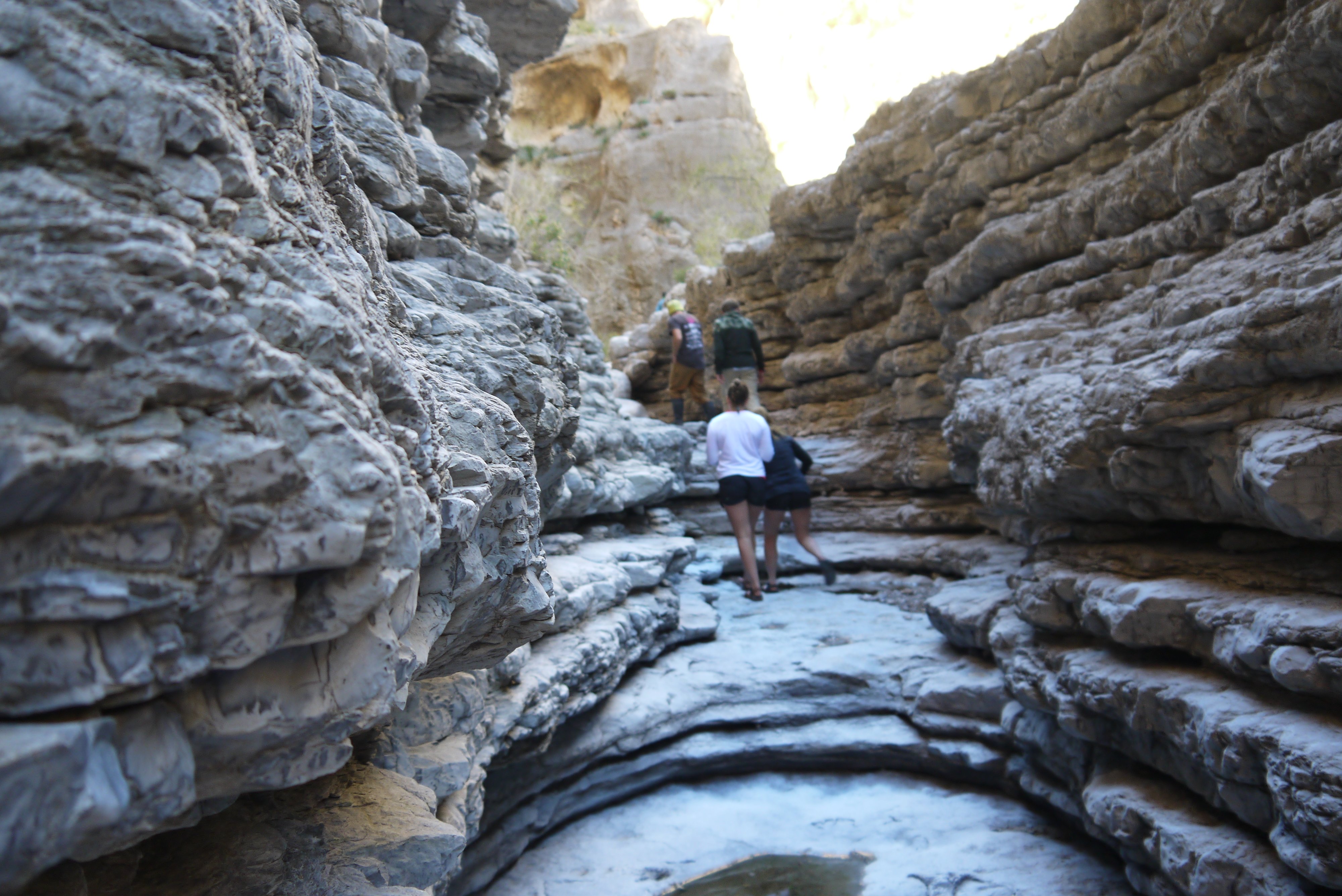 As our journey continued we started to face more and more challenging rapids. After already having flipped their canoe earlier in the day, Kate and Quinn decided to brave the next rapid that came about, whereas most others chose to walk. They raced through the white water almost making it, but taking a turn and hitting a rock at the last second. They were not going to quit now. They went through again and were successful! Timmy and Jane decided they wanted to try and face the rapid, so they hopped in the boat with Kate and Quinn. After a few screams and almost tipping, they came around the corner upright with bright smiles and feeling accomplished. 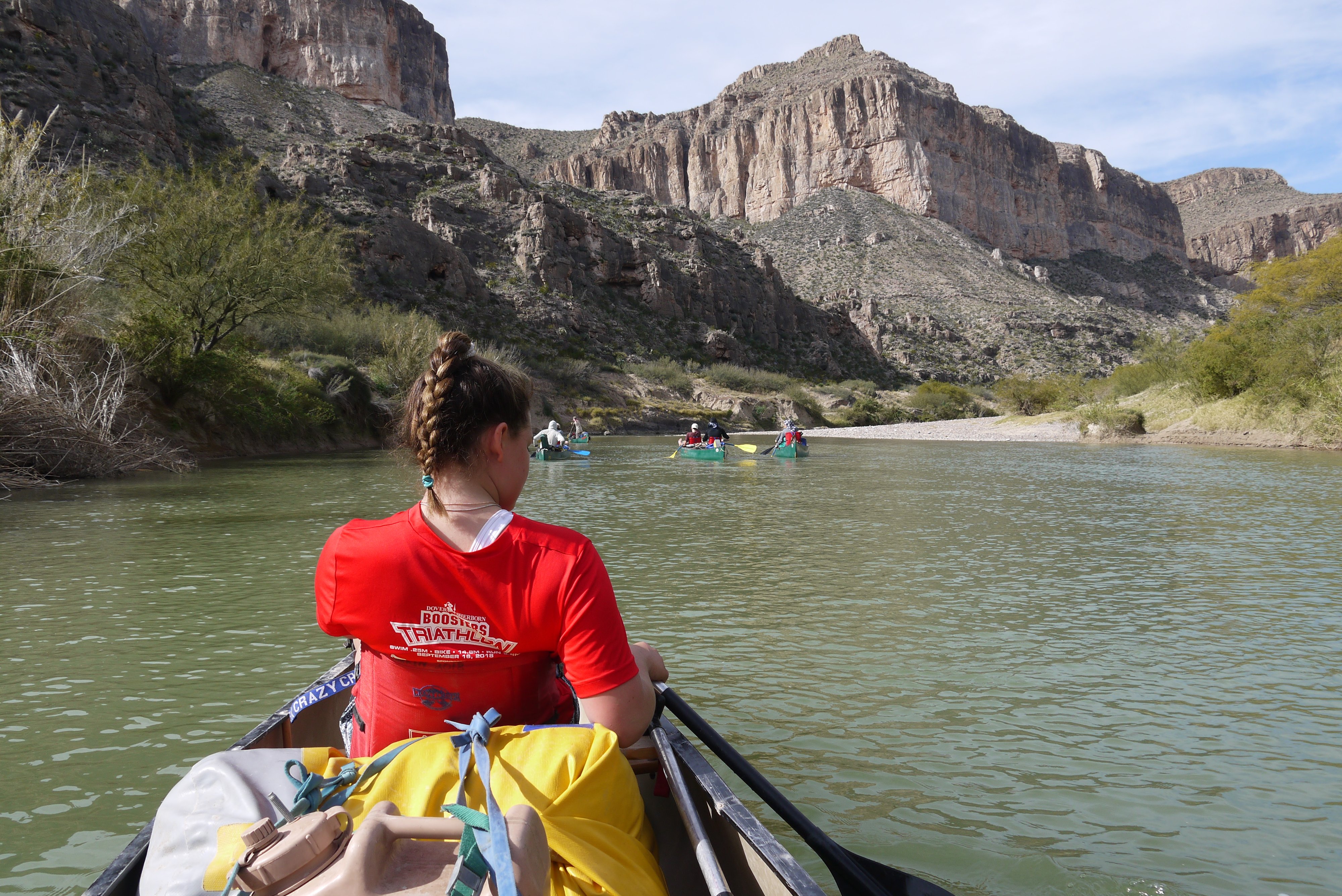 Over the course of six days we enjoyed stargazing, roasting marshmallows, singing canyon songs written by Drake and Zack, having a Taylor Swift dance party in a grocery store parking lot led by Marshall, and swimming in the Rio Grande, making our river trip really enjoyable!