Last week Mountain Classroom immersed ourselves in the West Virginia hills on our 4-night solos. The days were filled with sun and nights with rain with solos giving us time to reflect, catch up on sleep, and enjoy personal reading. Since then we have been driving north as we investigate small-scale, sustainable farming. In Virginia we visited Joel Salatin’s Polyface Farms, made famous by Michael Pollan’s Omnivore’s Dilemma. Our next stop was participating in the Run Like the Wind 10K in Ellenville, NY before arriving at Sparrowbush Farm in Hudson, NY. Sparrowbush Farm is owned and managed by Ashley Loehr, Instructor Coco Loehr’s elder sister. We finally had the opportunity to get dirty while helping Ashley prepare for the growing season. Now Mountain Classroom is moving onto Vermont where we will be taking finals at Ned’s Place at the Merck Forest and Farmland Center in Rupert, VT. 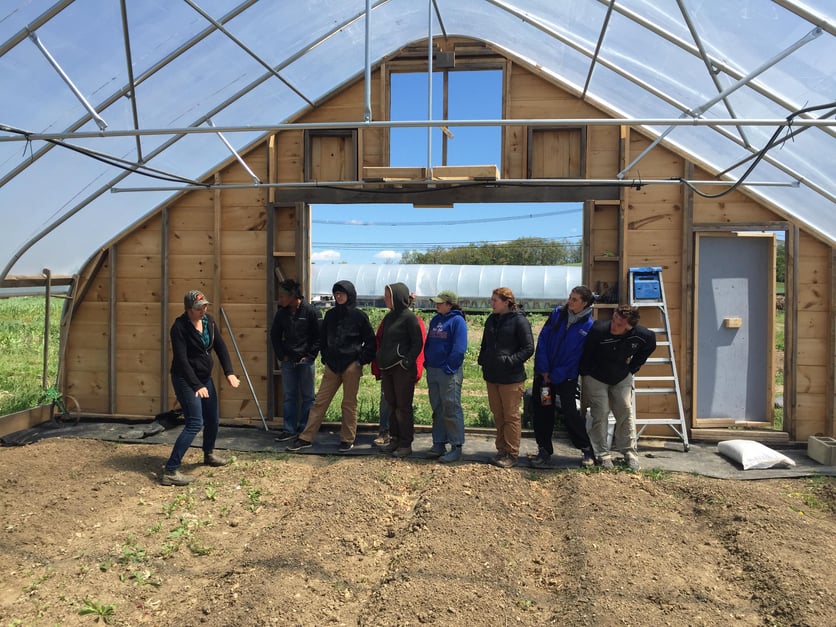 The days on my solo went smoothly. Each morning I would walk over to a tree to switch the orientation of my flags so that Coco and Timbah knew that I was doing well. Most of the excitement would happen during the night. The first night it rained and I woke up when a large tree fell less than a hundred yards away from me. The second night we had an even larger storm with rain pouring down. I would open up my eyes because there would be a flash of lighting, nine seconds would go by, and then I would hear the roaring thunder. The third night was the most interesting. After dark I started to hear tapping beneath my hammock on my ground tarp. I tried to see what it was but it was too dark to see anything, so I just laid back in my hammock. The tapping continued and even got louder. I realized that it was a rodent, probably mice or rats, looking for food. Instead of trying to scare them away I waited it out because I knew they were trying to bite a hole through my food bag which was right below me. I knew they would fail because all of my food was in a metal mesh bag that was made for rodents. This went on for another ten minutes and then I heard a quiet scream from the rodent, probably from frustration and then they, or it, left. That same night I was once again woken up by rain and once again on the last night. Even with all of the rain I had an overall good solo experience and at some point in the future I would like to do another one.

Individual Moments of Discovery from Solo in West Virginia:

Jamie ’16: “I learned a lot about my relationship with food. I put my food bag near me, just outside of my tarp where I could see it easily while I fasted. I read this one book Fit For Life, which stresses the value of fruit in one’s diet. It made me so excited because I had so much fruit with me. I fasted for the first four days and when I started eating last night I realized how little I need to fuel me. It was an opportunity to reflect on needing to eat when I am hungry and stop when I am full. This morning I ate one banana while hiking out and it was eye-opening to feel how much energy it gave me.”

Allie ’16: “I had a couple moments when I would get really bored of reading, really bored of looking at the ground, really bored of making fairy houses, really bored of just everything. I would look at the sun and say, ‘Can’t you move any faster?’ And, I would wonder, why am I telling the sun to do anything? It’s a sun and it can’t hear me and that’s silly.  Then I realized that I was making it worse and that I had to use the now to be okay with slowness and being bored. So, I learned to just sit and be okay with that.”

Gracie ’16: “I’ve been in denial about the fact that I don’t like bugs. On solo it was just the bugs and me for four days. The first morning I went to put my shoe on with no socks and there was a huge millipede inside. I decided to just dump it out, and after that we got friendly. The millipedes are charming in their bumbling manner, so we ended up getting along. Once a spider crawled into my sleeping bag where I was reading. I actually said out loud, ‘C’mon, I just want one moment by myself.’ And the spider promptly scampered off. This morning when I checked my boots there was another shiny millipede. Me and the bugs are actually pals now.”

Maggie ’16: “I set a work out plan for myself at the start of solo that felt like too much. Every morning I woke up and would say, ‘I’m not doing it today’ and then by the time it got dark I would end up doing it, which I feel really good about. But, it was also a pain in the butt.

Cassie ’16: “I learned that I have things I have to deal with in terms of anxiety. I have this really cool technique where if I am scared I do not move at all. That poses an issue when I want to get anything done. Basically from 3 or 4pm until the next morning I would not move. I knew that at any moment it could get dark and that the dark anxiety was coming. I ended up spending a lot of time in my hammock trying to get deeper into my sleeping bag, and those were hours that I could have spent having a good time. I do not know how I am going to do it, but I have to figure out my anxiety.” 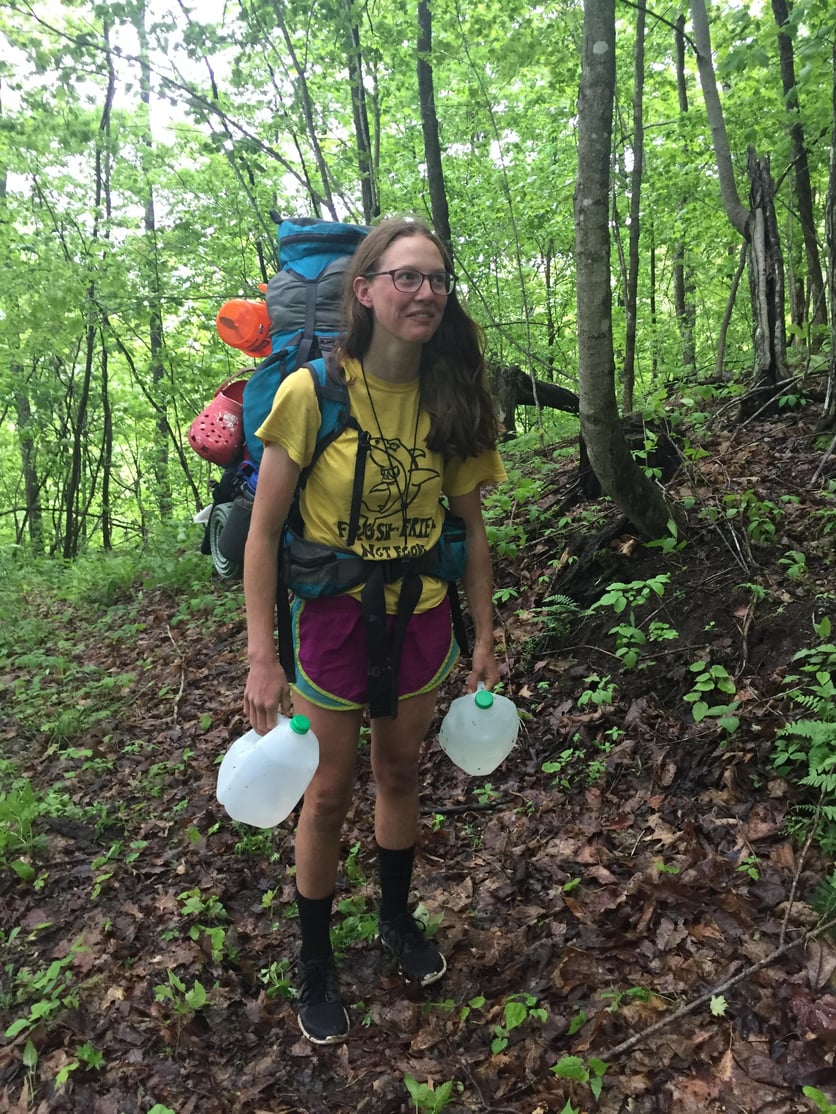 Katie ’17: “One really cool moment happened the other morning when I was having a really nice time hanging out in the sun and then this huge cloud started to come in. I looked over the trees and could not see an end to it and was like, ‘nooo’ because it was going to be cold. I was really sad that the sun was going away. And then I started bobbing up and down, then I started humming a whole bunch of songs, and then singing ‘Don’t Stop Believing’ and ‘American Pie.’ Then I got my bowl and started beating on it and hopping around my hammock, and the clouds went away! I am not going to take full credit for that, but that was a really cool moment where I think a positive attitude made a difference.

Hal ’16: “ I found myself staring off into the distance a lot—not doing anything—not writing, not thinking, just standing alone with myself and the rest of the world. I found letting go of everything that I have to do to be incredibly relaxing. And then I would become conscious ten minutes later with, ‘Oh, wow I was just out.’ It’s nice to be free of everything else and just be.”

Keith ’16: “I realized on solo that I am never alone. There are so many insects and little rodents around. With that said, I realized that it is nice to be around people. It is so much better being around you guys.”