Ocean Classroom is now a full week into their time in the U.S. Virgin Islands. Sunshine, warm waters, and continued transformational education aboard the Schooner Roseway! Enjoy these images and student reflections from Logan Marcus '16 and and Christian Takahashi '16. 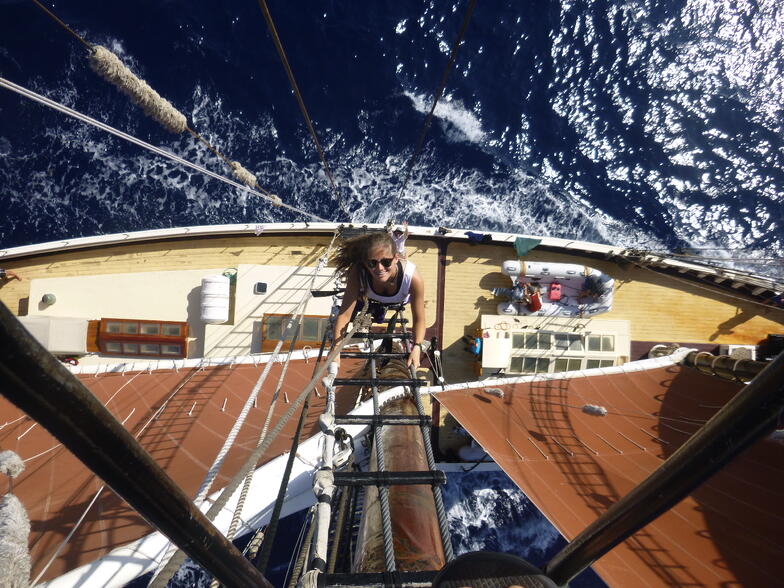 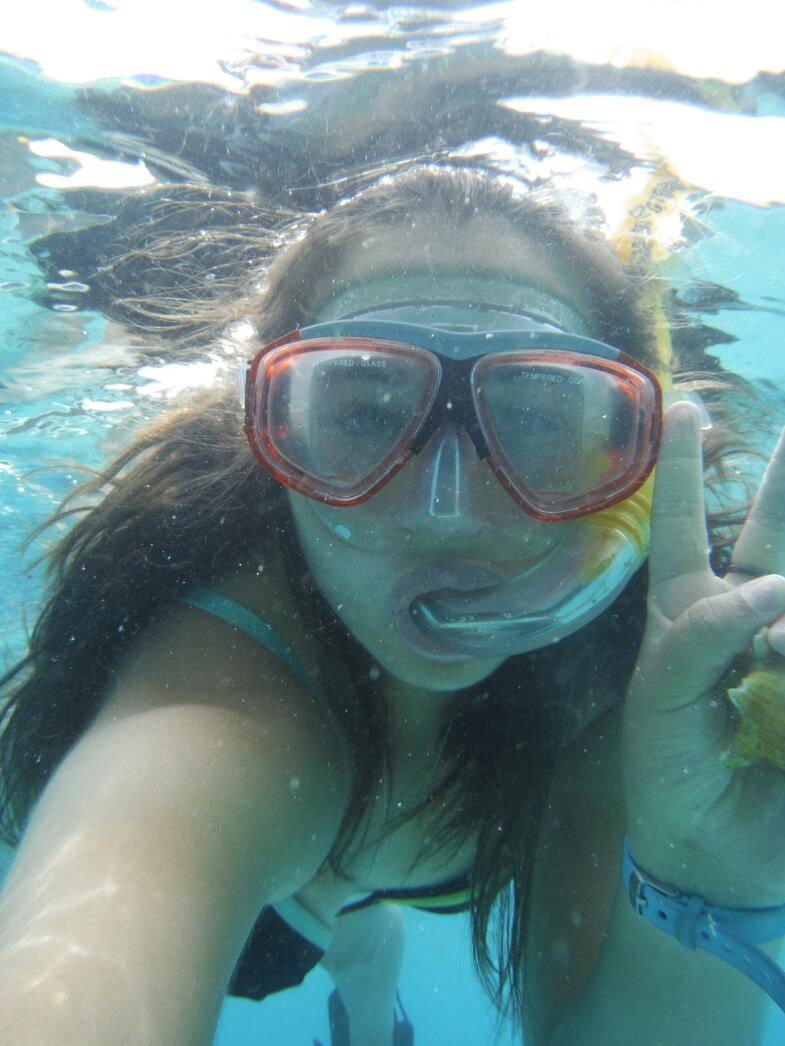 Time and Distance By: Logan Marcus

We have just sighted land. It is amazing to think that we have come all this way in a boat! It seems as though we have traveled so far so fast, but when we compare it to other modes of transportation, such as planes, it is eye opening to know how fast those machines really are. Although time is one of the driving forces that turn this modern world, it is important to shrug off the constraints of time and consider the journey itself. Over this transit alone, I have changed as a person, learned many new things and had many wonderful experiences. Were I on a plane, I don’t think I would have undergone many of the changes, or even considered the distance I was covering. And that is one of the many special things I have found from traveling on a boat: an appreciation for time and distance. 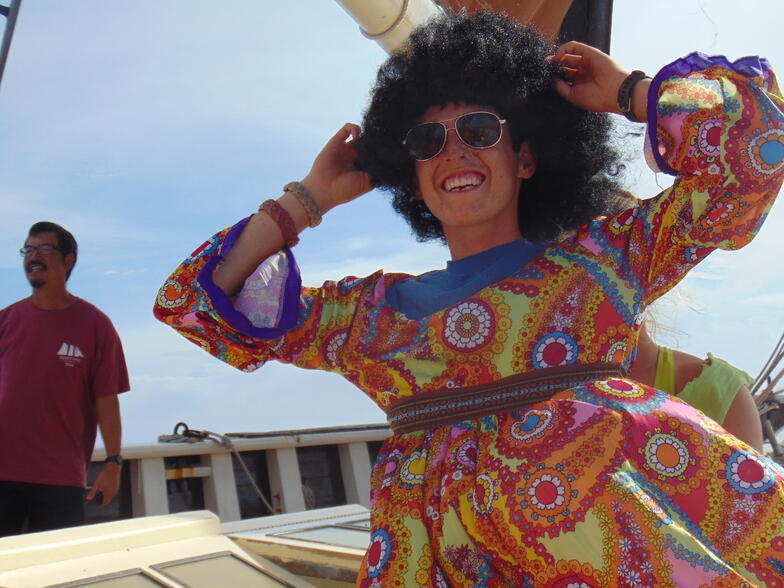 In Maritime Literature  just finished reading The Old Man and the Sea. As a creative writing assignment, Christian wrote the following account of an inanimate object in the book.

I had been briefed on my mission. The high command needed me to find this fish and take him out using any means possible. He had been a thorn in our side for 85 days now and I, the very best hook, was being sent in to do the dirty work. The plan was simple. I was to be lowered by line from the rail of our unit’s skiff. Speaking of our unit, we were a crack squad nicknamed “Santiago’s Soldiers,” and we were made up of a line, two oars, a mast, a harpoon, and a sail, Santiago himself and me, the hook.

It was about 12:30 and the mission was a go. I assembled my equipment of sardine to cloak myself and gave the ready sign to Santiago. He ordered for me to be lowered 600 feet down. Within seconds, I was plunged underwater sinking like a stone. There was no way to communicate with Santiago apart from pulling on the line that I had hooked the target with, and there was no radio aboard the skiff to relay my status to. I was not concerned, however, as I was fully confident in my ability to complete this mission successfully. I did have a feeling in my gut that this mission would be like no other mission I had ever done before. I wasn’t exactly sure what that meant, but I was tingling with nervousness and anticipation of a big catch.

It was 13:22, and I had been searching, probing the ocean for the target for over 45 minutes. So far everything was calm, most likely the calm before the storm. I didn’t like the quiet. It was eerie and unsettling. Then, out of nowhere and within seconds, there he was. He was the biggest fish I had ever seen and as the distance between us closed, I knew that not only would this battle make or break my career, it would also be the fight of my life. 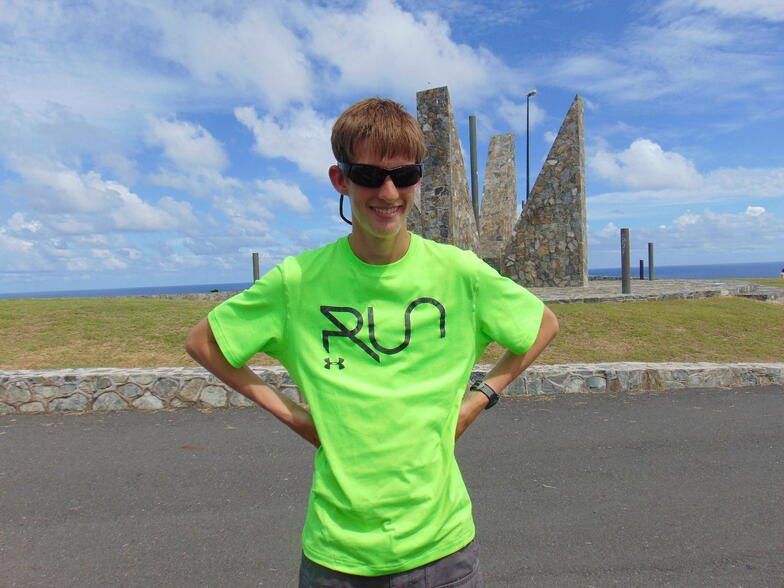 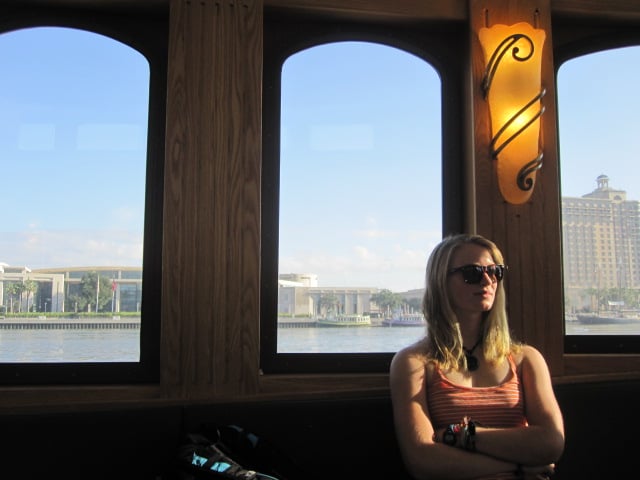 With less than two weeks remaining in the adventure of a lifetime, Ocean Classroom students are relishing their final days together as a crew. We can't wait to hear all of the stories from the term when they get back to campus; one of the things that makes living at a high school focused on experiential learning so valuable!