Ocean Classroom: Voices from the Sea

Ocean Classroom concludes its term-long adventure aboard the Schooner Roseway this week. Sailing from Gloucester to St. Croix is most certainly an experience of a lifetime. When students (now sailors) return home next weekend, parents will see transformed adolescents; individuals filled with confidence, a passion to learn, and an appreciation for hard work. As the sun sets on this term on Ocean Classroom, the power of learning at sea is only just beginning to filter back into the Proctor community...and THAT is what makes our off-campus programs so exciting!

This video clip provides a window into the intensity of the sailing experience. Enjoy! 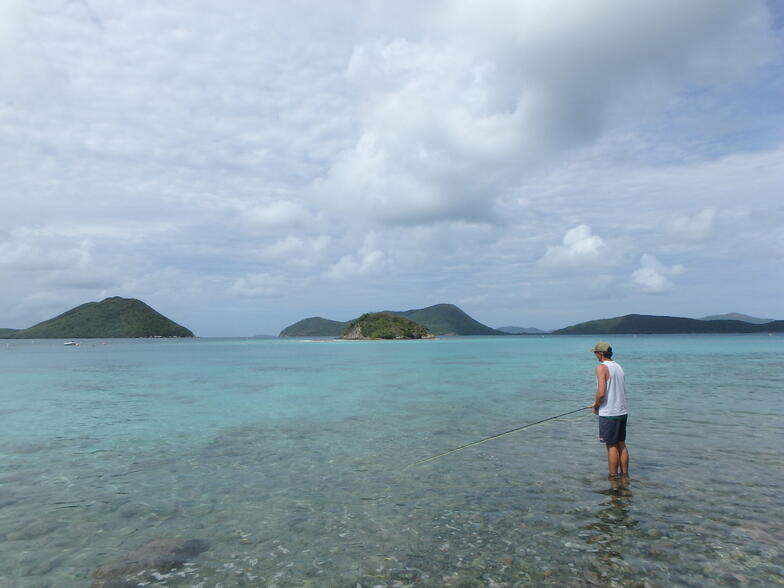 The other day we visited the baths on Virgin Gorda. It was definitely one of the cooler spots we have been to. There was unbelievable snorkeling and really cool rock formations. Everyone was shuttled over in the small boats, but our ride was shortened because of shallow rocks so we all jumped overboard and swam to land. We had a nice walk to the snorkel spot that brought us through super cool rock formations. The rocks formed little enclosed tubs of water, almost like a cave but much bigger. Once we got to the snorkel spot everyone was blown away by how nice the sand was. It was very smooth with no sharp rocks. Everyone picked a snorkel buddy and set out to explore. Everyone seemed to find some cool little arch that we could swim through. After snorkeling, we were let loose to explore the island. Many groups went back to the baths to go rock climbing and swim in the ocean. The day finished with everyone jumping off a rock into the ocean and swimming out to the small boats where we were picked up and brought back to Roseway. 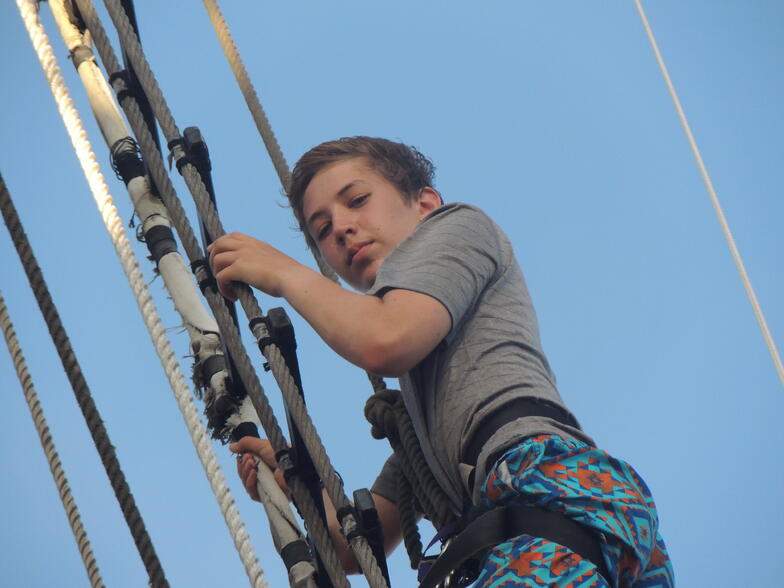 As I sat idly in the main salon making a twine Turks head, Captain Tom walked up, asking me if I was on watch (no) and if I was in the middle of some work (also no). I thought that he was going to tell me to clear out and make room for the active watch, but instead he told me to follow him onto the deck. When he told me to put on a harness, it slowly dawned on me that I (along with Burke) was going to go aloft. Burke went up first, and I followed, belayed by the topsail halyard. The beginning was easy, but the higher I got the sketchier the shrouds became, thinning and shaking wildly.  Once I reached the cross trees, I had to crawl between two boards, unclip and re-clip. The view from the top of the main mast was astounding. I could see the entire Roseway from above and the perspective was surreal. I could also see the horizon, which stretched on for miles on end. Meanwhile, the entire mast shook with the slightest gust of wind or waves. This was definitely the experience of a lifetime, and probably one of the coolest things I’ve ever done. 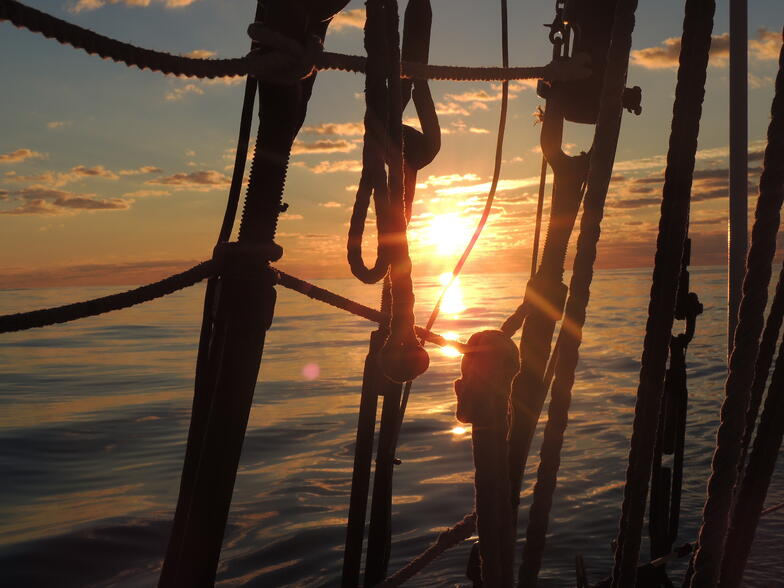 The Colors of Roseway: Abbie Young '15

Roseway is known for its beautiful “Roseway Red” sails, hence the color of Roseway is a Nantucket red. We must hold true to our standard. However, I have realized over the course of these two months that Roseway is much more than what you see at face value.

She is the warm sunshine yellow that embraces you, like a caring friend or loving sibling. She is the beautiful, cool teal water that she slices through. She is the vibrant, loud and brilliant pink that shines in the sky while the sun is setting. She is the deep, Nantucket red that is strong and empowering. She is the light blue of the fo’c’sle and fish soles that we use to support us and we trust in to keep us stable. She is the dark black of the anchor chain and anchor that holds us from moving but keeps us steady. She is the royal blue that holds its head high and embraces all. She is the white stations that keep us safe at all times, holding the rail and supporting us no matter what. This is everything she is and more, but most of all, she has been my home for the last two months. Both she and the colors on board have been what kept me floating. 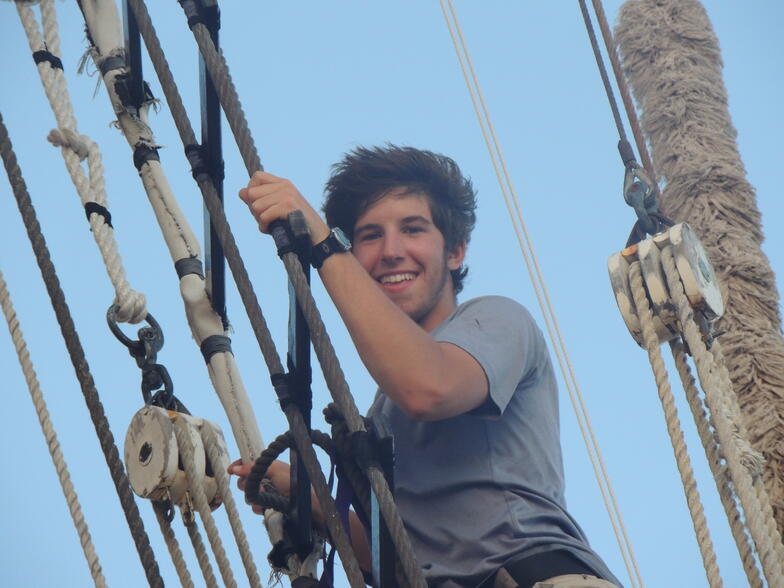 I have always loved the color blue. As silly as it sounds, I felt like blue was my color. My shirts are blue, my room has blue walls and my eyes are blue. But blue was always just a part of the color spectrum that I liked. Now, suddenly it has become so much more. It has become part of the place I am calling home, the ocean. It is a pattern of the surface, that fact that I can never identify every shade of blue the ocean has. And each of these shades became either my friend or foe. The light, calm reflective blue is my companion promising me no rough seas and a good night’s sleep. The dark stormy blue is the one I fight with, since he always throws off my center of balance making me look like a ragdoll in his rough seas. But no matter what blue the ocean throws at me, I am still captured by it. I am sitting here with its ever-changing colors, and the creatures it holds waiting for my blue highway to take me to my next destination.

We leave you with original shanties written by the students as part of a creative writing assignment: