Proctor’s five term-long off-campus programs provide remarkable cultural immersion experiences for more than 70% of Proctor students. These programs, along with Proctor’s summer service trips, are fundamentally transformative for each student. Some students, however, choose to use the summer months to have additional immersion experiences.

Ross Kesselman ‘17 shared the following blog post from his summer adventures to Thailand with The Experiment in International Living, a Vermont-based world education non-profit. Ross’ words capture the impact of his experience, a similar experience more than ninety students will have studying off-campus during the 2015-2016 school year at Proctor. He stepped outside his comfort zone, was challenged, and gained valuable new perspectives through the relationships he built while in Thailand. 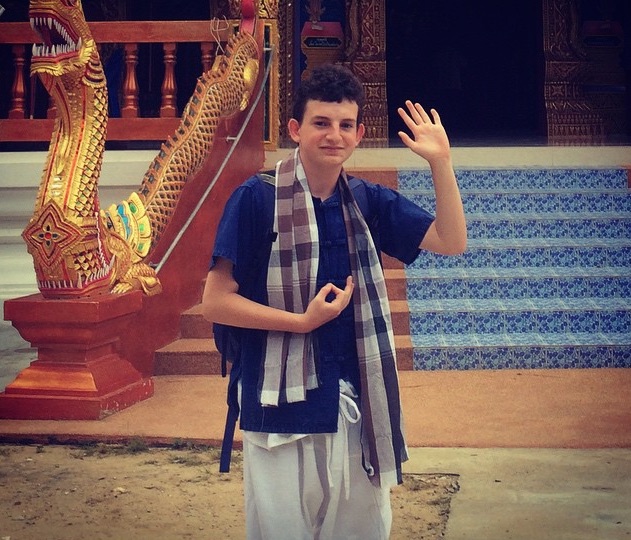 Thailand has delivered to us a truly unique experience. Whilst staying in the village we were summoned to the local school to teach English to the Thai students. I cannot speak for everyone but to say it was a new experience would be an understatement. Nothing in my 11 years of education in the US could prepare me for reversing roles and becoming the teacher. We taught a wide range of ages with varying success, what we learned from the endeavor will stick with us for the years to come. I personally gained a newfound respect for the art of teaching. Throughout the lesson I became frustrated, disheartened, confused and hopeless, but it was worth it. Teaching English to foreigners is one of the most rewarding jobs one can do. I felt as if I had a torrent of information about grammar, vocabulary and sentence structure that I had to filter and fit into a straw. When any of the students absorbed any of my teachings the feeling of satisfaction and elation were uncomparable. Many say that sharing of ones language is the best way to break down cultural barriers, and I believe that to be true now more than ever. When my students spoke the language I taught them the classroom took on a more intimate feel as they began to feel more like peers of mine than students living on the other side of the world.

The main purpose of this program is cultural immersion, which I believe was at it’s height at the end of the homestay which included a ceremony followed by a dance. The ceremony was quite touching the height of the ceremony was when all of the village members tied thin white bracelets around our wrists with each bracelet came with a blessing in Thai. Never more did I feel as is if I was a member of the village, a cog in the elaborate machine of daily life. Each of the bracelets was a fond memory I would take with me on my journeys, a small reminder of my second home in a small village half way around the world.

At that moment, the USA and Thailand were closer than ever before as we shared our culture and gained a piece of theirs. I truly felt immersed when I performed the traditional Thai dance. We were all wearing traditional Thai clothing listening a Thai song and carrying out a key part of the Thai culture. I had released my inhibitions and fully submerged myself in Thai culture and felt as if I was truly one with my surroundings and the people. As we left the next morning, tears were shed from the families and the experimenters as the deep connection we had formed in eight days was abruptly severed. Neither party would ever be quite the same. We were a part of their village and they were our caretakers and protectors. We all promised to visit if we returned as we left the village. A short, but poignant chapter was written, the memories we made were sealed, and the connections we forged will remain with us for years to come.