Project Period 2017 is a wrap as we jump through the icy puddles around campus on this cold, rainy opening day of classes. This morning, we published a Flickr Album with over 350 photos from the 35+ projects that immersed themselves in small group learning opportunities around the country. Key to the success of Project Period each year are the alumni who partner with faculty to explore their area of expertise.

This year, we had ten (non-faculty/staff alumni) involved in Project Period 2017. The individuals listed below helped to make this year's Project Period a huge success! 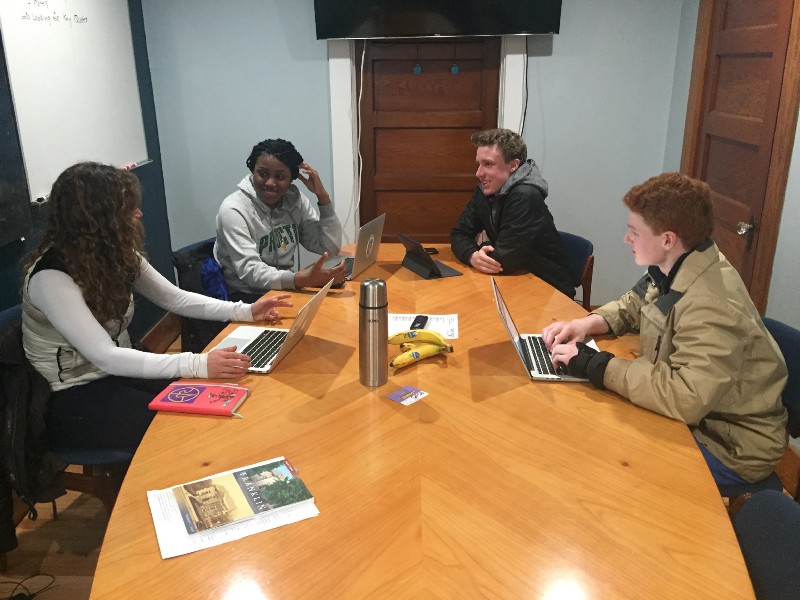 Ali Berman ‘07 returned to campus this fall to share her work with Singularity University and her journey since Proctor. When Tom Morgan asked her to join him in leading his project, Telling True Stories, she jumped at the opportunity to re-engage with students. Over the course of the four days, Tom, Ali, Essence ‘20, Ryan ‘20, and Jack ‘20 dove into the local nonprofit Permacity Life to tell real stories of those involved with the Franklin-based program. They worked to synthesize their stories into a beautiful website linked HERE! 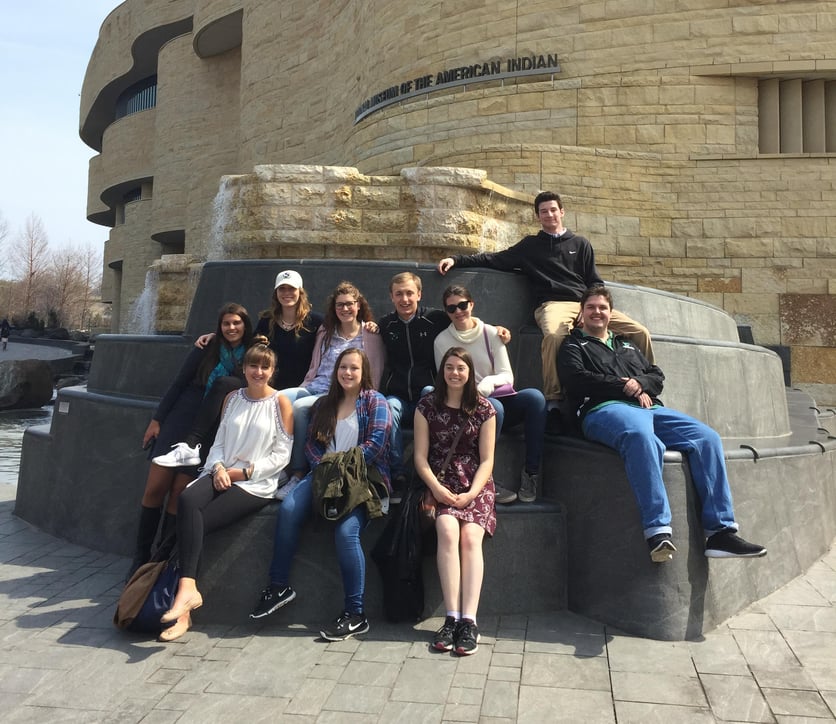 While his work as a Chief of Staff for the U.S. House of Representatives has kept him extremely busy over the past few months, Oliver Schwab ‘02 remains a great role model for how to stay engaged with Proctor. We see this through his work on Proctor’s Board of Trustees and as a co-chair of the Development Committee for The Campaign for Proctor, but Oliver went above and beyond this year to help organize our Civil Rights Project’s visit to Washington, DC. This project included a behind the scenes tour of Mount Vernon and the Capitol, and admission to the brand new National Museum of African American History and Culture. 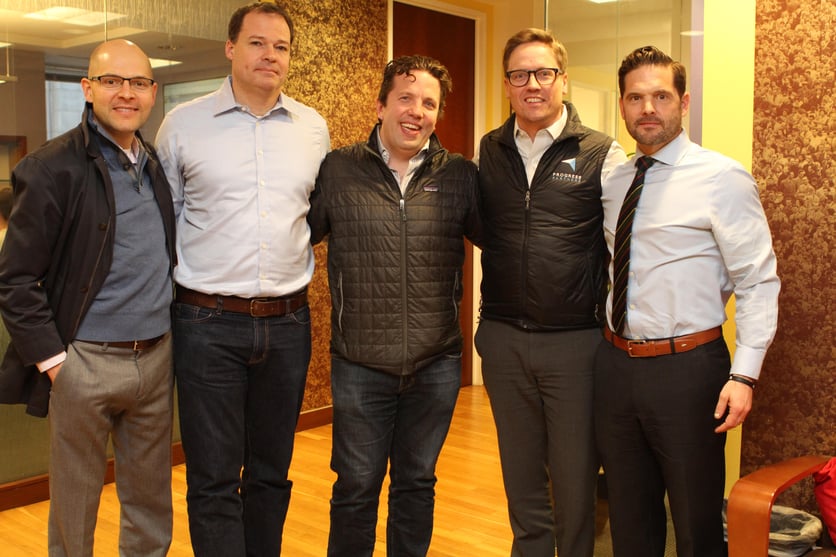 Brendaen Makechnie ‘92, Chad Jackson ‘89, Dimitri Vlochus ‘92, Sam Thompson ‘92, and Gregor Makechnie ‘90 (above L to R) have repeatedly crossed paths over the past 25 years since their days living in Rulon Miller and Carr House. Most recently, Chad, Sam, Dimitri, and Brendaen’s work in the innovation space in Boston has reunited the group over the past few years. Gregor and Scott Allenby's entrepreneurial Project Period provided the perfect opportunity to reconnect while simultaneously engaging with current students. As Dimitri shared his academic journey with dyslexia (watch video clip here!) with Phil ‘19, Hitch ‘20, Nils ‘20, Tommy ‘20, and Cole ‘20, you could see the powerful impact that shared experiences can create between alumni and current students. 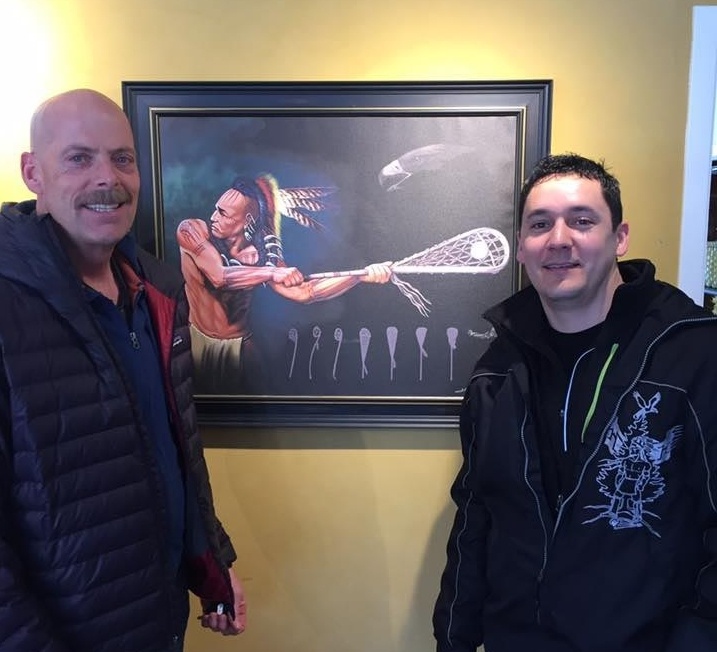 Jordan Thompson ‘01 returned to campus earlier this year as a guest artist, and eagerly worked with Peter Southworth and Tucker Prudden’s project, Mohawk Nation, over the past week. Through sharing his artwork (note the piece above is not Jordan's artwork) and the Mohawk culture with students, Jordan continued to build important relationships with current students through Proctor’s Native American Connection. 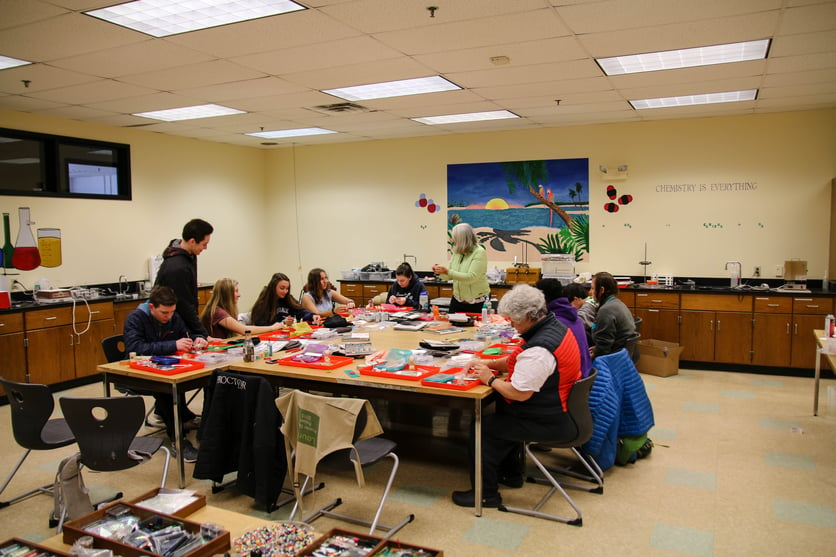 Gina Pettengil ‘83 once again teamed up with Alex Estin ‘83 and Laurie Zimmerman to share her artistic talents through their Glass Fusion project. Gina’s willingness to engage with current students through Project Period is always appreciated, as is the beauty of the work her group created this week!

Alumni engagement comes in many forms, and projects like the girls’ mountain biking group, could not travel long distances (to North Carolina) without the support of local hosts. Seth Buddy '90 hosted this group of female mountain bikers plus faculty members Jen Summers and Josh Norris ‘92 in North Carolina, and Matt Williams '05 (head cycling coach at Warren Wilson) provided amazing trails to ride, while Mark Wyatt ‘93 provided a much needed pitstop at his home in Virginia for the group on their trek back to New Hampshire.

Our hope is to continue to grow our alumni participation in Project Period in the coming years. If you are a Proctor alum who would like to be a part of Project Period 2018, be sure to email us at alumni@proctoracademy.org!