Karen Hoskin ‘86 left the comforts of her rural Maine milltown in the fall of 1985 and arrived on Proctor’s campus as a first year senior. Familiar friends, coaches, and family, were replaced by countless unknowns, but she was confident the journey on which she was about to embark would change her life. She was right. As her 30th Proctor Reunion approaches, Karen reflects on her journey since Proctor; one that led her to Williams College, to working in an enlightening, albeit unsuccessful, political campaign, to living off the grid with her husband for ten years, to a successful career as a brand builder, and most recently, to starting her own craft distillery in Crested Butte. 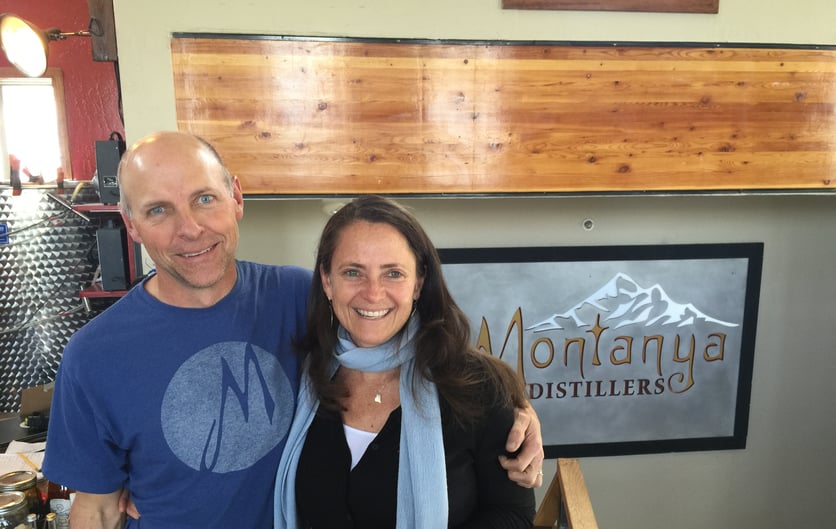 In 2008, Karen and her husband, Brice, decided to take a chance starting a craft distillery. Brice had already started his own business, Mountain Boy Sledworks, and their instincts told them the time was right for Karen to make her vision a reality. She notes, “Brice and I almost began a craft brewery in 1991, but didn’t pull the trigger. When we got the same instincts about the craft distillery market, I told myself, ‘I’m not going to miss the train this time!’ Everything we felt instinctively right about the craft distillery world has come to fruition.” Their company, Montanya Distillers, was an early player in this space, and their award winning rum has experienced remarkable 35% growth each year in a traditionally slow growth market. They now have two locations in Crested Butte and distribute to 42 states and seven countries around the world.

Taking this type of leap of faith takes incredible confidence and courage; two traits Karen acknowledges blossomed in her during her year at Proctor. After a good friend (Wendy Chambers Brown ‘86) told her about Proctor, she decided the time was right to expand her academic horizons and leave home in pursuit of new opportunities unavailable in her rural hometown. The path that lay before her was filled with unknowns, and this was the power of her Proctor experience, “There were so many risks I took that year. Coming into a new school as a senior, going on Mountain Classroom, living in a dorm with underclassmen. There were so many moments during that one year that I pushed myself outside my comfort zone, and a byproduct of that mindset was to not allow myself to be invested in popularity and other superficial issues that hold so many teenagers back.” 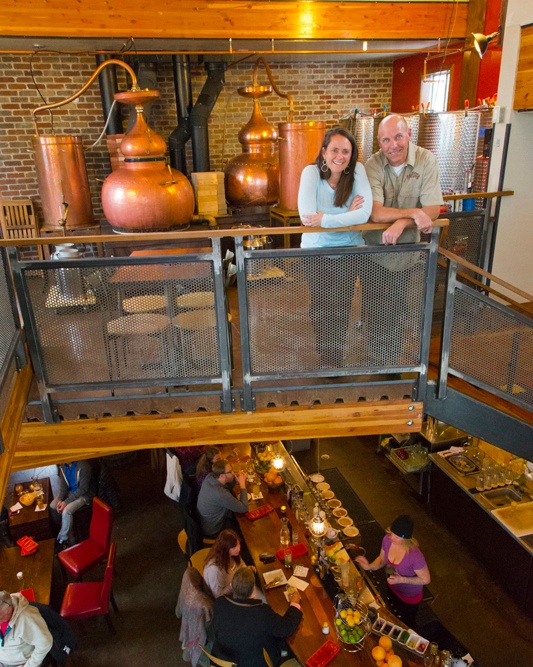 Expanding her academic resume was a key driver in her decision to attend Proctor, however, as her year at Proctor unfolded, she began to appreciate the whole of the Proctor experience. A star on her hometown basketball team, Karen was elected a captain on Bert Carvalho’s girls’ basketball team and helped lead the squad to their first winning record in school history. Proctor also afforded her the opportunity to play the alto saxophone in the Jazz/Rock Band under the guidance of Paul Silverman. “I genuinely appreciated a group of teachers and classmates who welcomed me, a potential outsider as a first year senior, with open arms and gave me the confidence to share who I was with the community.”

In the spring of her senior year, Karen embarked on Mountain Classroom led by Peter Southworth and Annie Woodard. Karen reflects, “Our Mountain Classroom trip was epic in so many ways. It was soon after the Hopi and Navajo Land Relocation took place in the 1970s and 1980s, and as our group traveled to the reservations in Arizona and studied about land relocation, I was deeply impacted. Canoeing the San Juan River, doing a solo in the bottom of the Grand Canyon, I realized how few people were able to have those experiences we were having.”

It wasn’t only the experiences that proved transformative, but the mentors who entered Karen’s life at the time as well. “Peter Southworth has provided me with a massive amount of inspiration in my life, both then and now. He introduced me to the west both on Mountain Classroom and on Project Period when we backcountry skied in Colorado. Mountain Classroom, through Peter’s guidance specifically, pushed every comfort zone I had. I loved that and have craved it ever since.”

It has been this refusal to live within her comfort zone that has inspired Karen to live life in pursuit of her passions. As she reflects on her son’s recent college application process and the stresses she sees adolescents facing today, her appreciation for Proctor’s approach to learning continues to grow. “We spend so much time trying to package ourselves for colleges that we forget to live passionately. Putting yourself together as a human being, as a passionate human being, is so much more important than all of those numbers. Those numbers flow once you discover your passions. We have to help young people feel the freedom to discover, and opportunity to pursue, their passions.”