Proctor Arts: Fiddler on the Roof 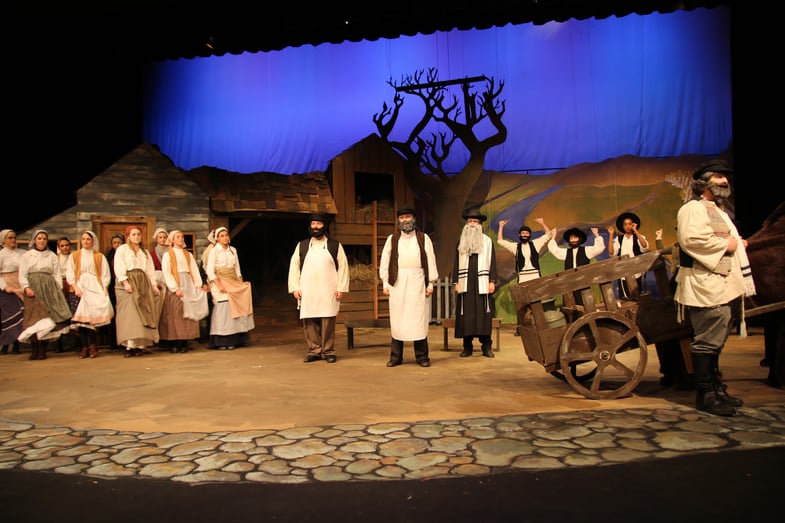 Tonight the cast and crew of Fiddler on the Roof put on an open dress rehearsal for the community. While a week ago they may not have had confidence they would be able to pull it off, tonight they illustrated they could! When the lights came on and the curtain drew back, well developed characters commanded the stage. Set changes flowed between scenes. The students in the sound booth made sure mics and lights were on at the right times, and the cast recited lines flawlessly. 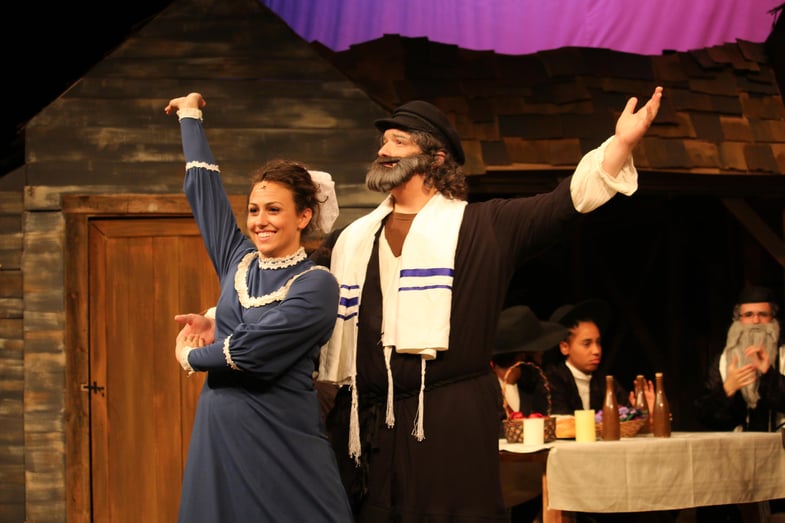 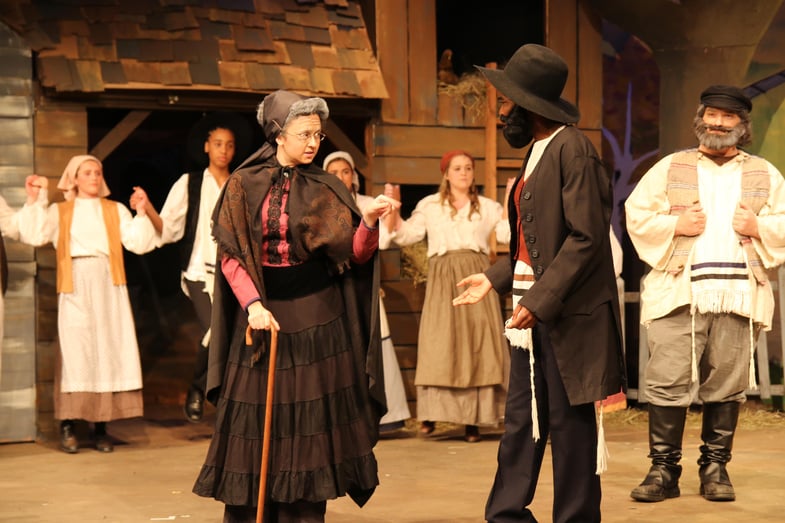 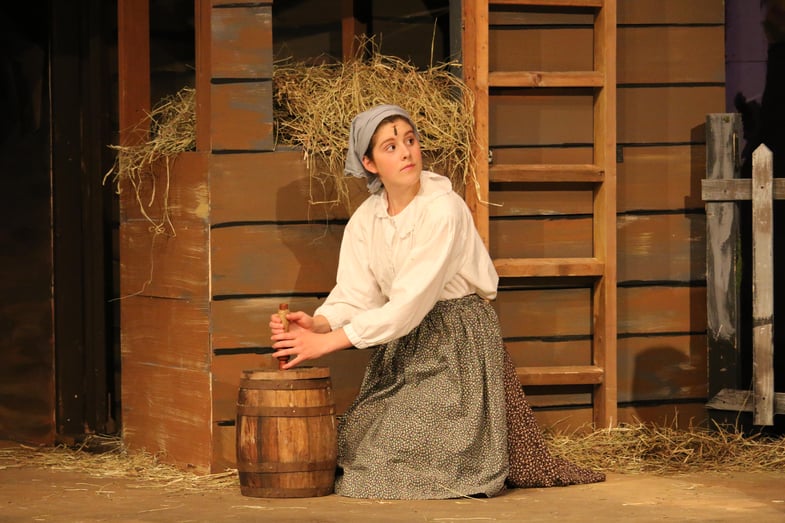 The story of Fiddler on the Roof follows a Jewish peasant in pre-revolutionary Russia. Tevye (Morgan Rosengarten ‘15) contends with marrying off three of his five daughters (Bailey Rymes ‘15, Stefanie Schechter ‘15, Cope Makechnie ‘17, Linnea Saunders ‘17, and Madison Clarke ‘17) while growing anti-semitism threatens his village. For the cast of twenty-eight students and faculty, a story set over one hundred years ago still speaks to lingering racial tensions around the world. 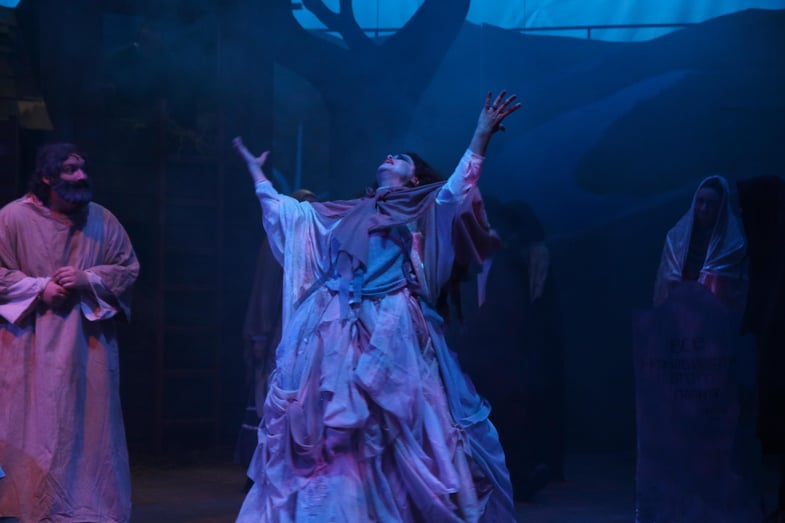 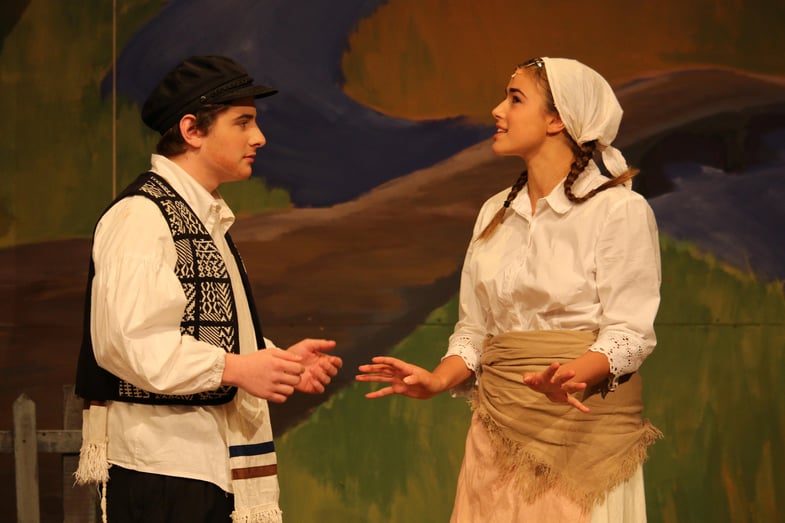 To the casual observer, the show was a success, but to those who have been a part of the creative process from the beginning know how much time, energy, and collaboration took place behind the scenes. Congratulations to the cast and crew for another wonderful performance on the Proctor stage! 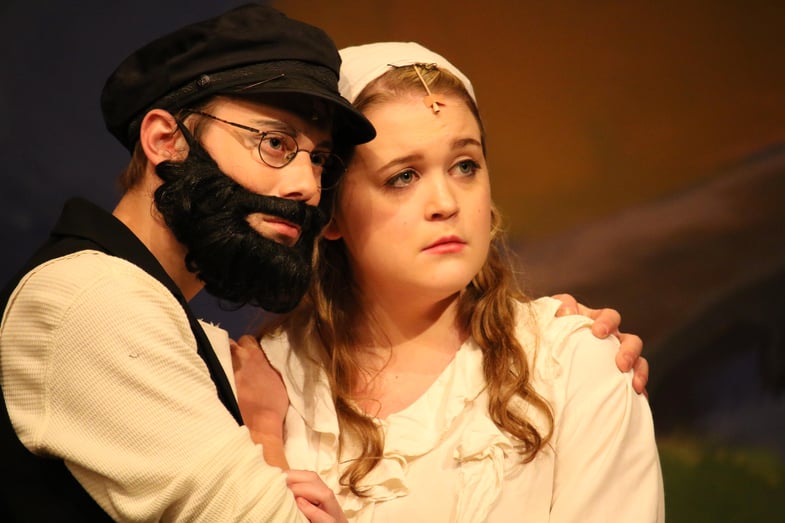 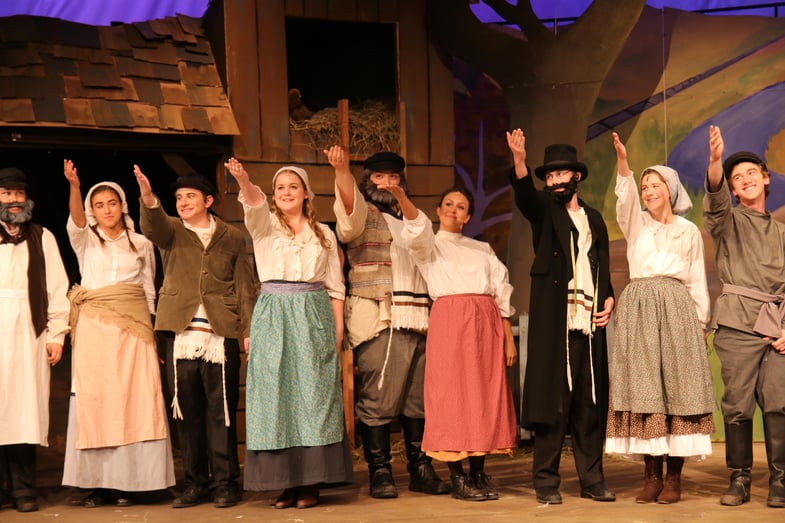 Be sure to reserve your tickets for Friday night’s show at 7:00 PM and Saturday’s show at 7:00 PM in the Wilkins Meeting House by clicking HERE. Also be sure to arrive at the show early on Friday to see the Spring Term Art Show beginning at 5:30 PM.