After hours of traveling in trains and buses, we entered the city different from all others, Sevilla. I say that Sevilla is different from all other cities for quite a few reasons. First I will describe the people. In most cities we have traveled to, people are very rushed and will walk right through you if you let them; for example, in Madrid if you don't keep your head up on the sidewalk you will be tossed around the pavement as if you were in a football game. In Sevilla there is a much different feeling. Most of the people are more than willing to take a minute to help you if you are lost. The people shift along the sidewalk so that everyone is moving in a rhythm, flowing like a wave. The Islamic phase of Spain's history (al-Andalus) is evident in Sevilla, often just below the surface. Admiring the arabesque design in the interior of the Alcázar de Sevilla.

The second reason, something that I was struck by soon after arriving, has to be the character of the city. The people living in Sevilla all seem to hold their city to very high standards. People who own the shops along the street will happily greet you as you pass, and they keep their stores very clean. The city’s river, the Guadalquivir, brings nature to the center of all the madness going on around it, which makes it a very calming place to be. 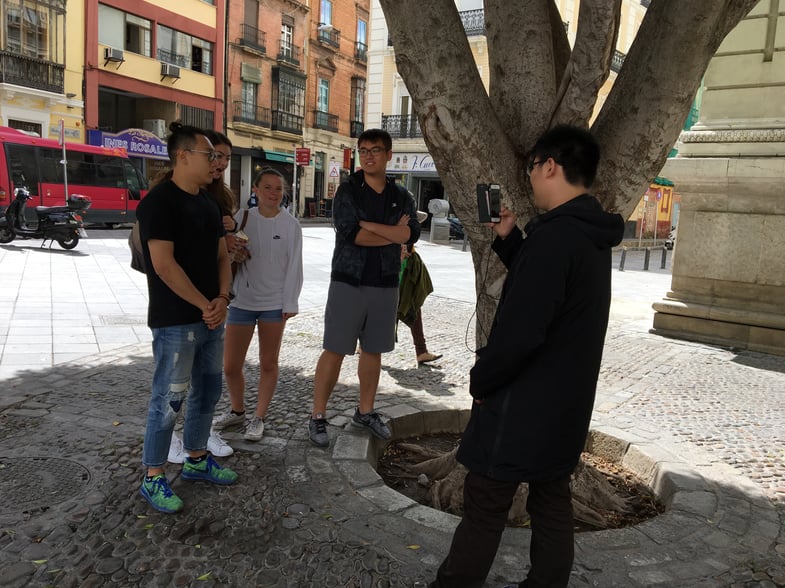 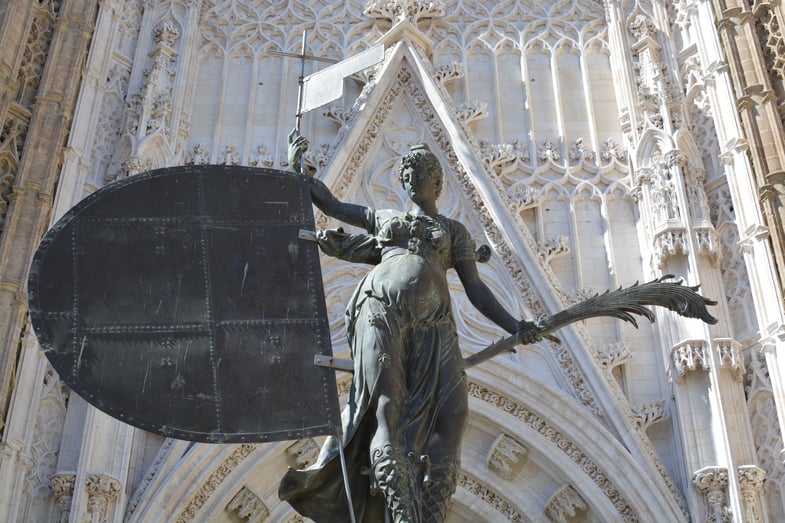 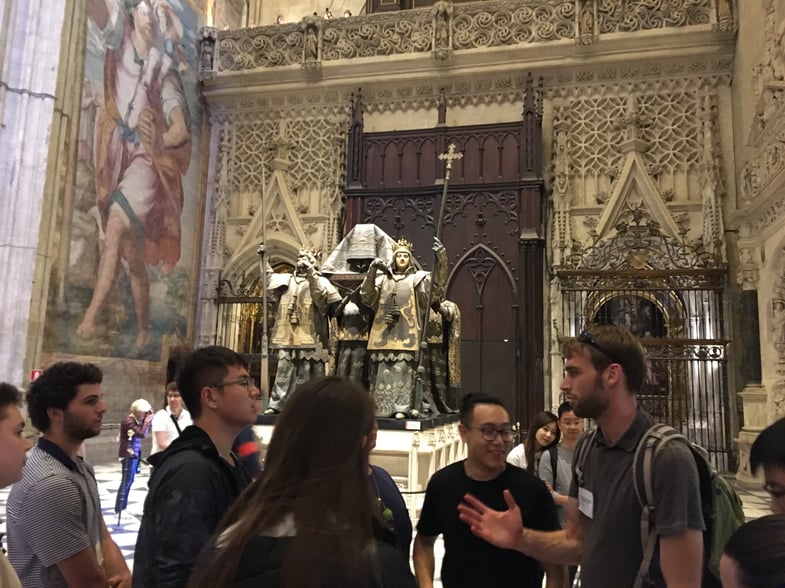 Inside the Cathedral of Sevilla the final resting place (perhaps) of the controversial Christopher Columbus.

Every time I walked across the bridge, above the deep river, there were many things going on: fish swimming, boats flying through, and people relaxing on benches surrounding the river’s edge. This is not to say that the rest of the city is not lively. All throughout the city the bars flooded out into the streets with people of all ages eating amazing food as they danced under the street lights. 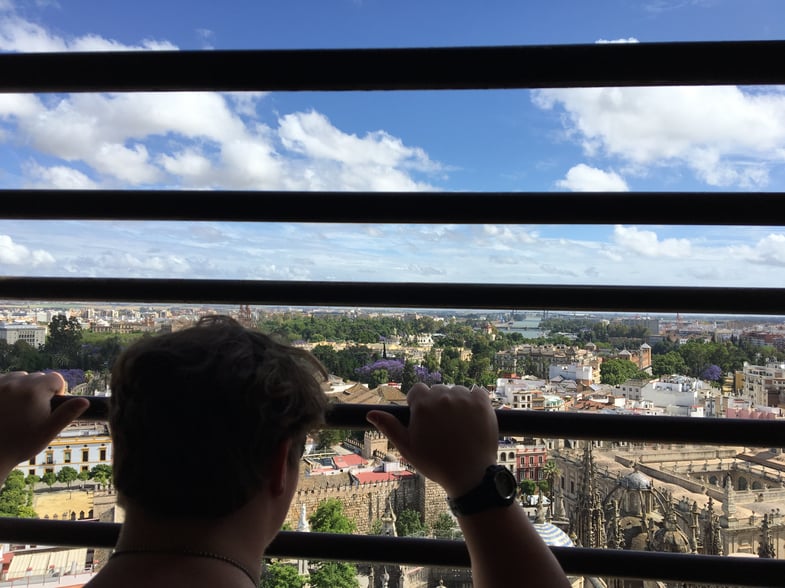 Atop the Cathedral’s bell tower, The Giralda, formerly the minaret of a mosque! The Guadalquivir is visible in the distance. 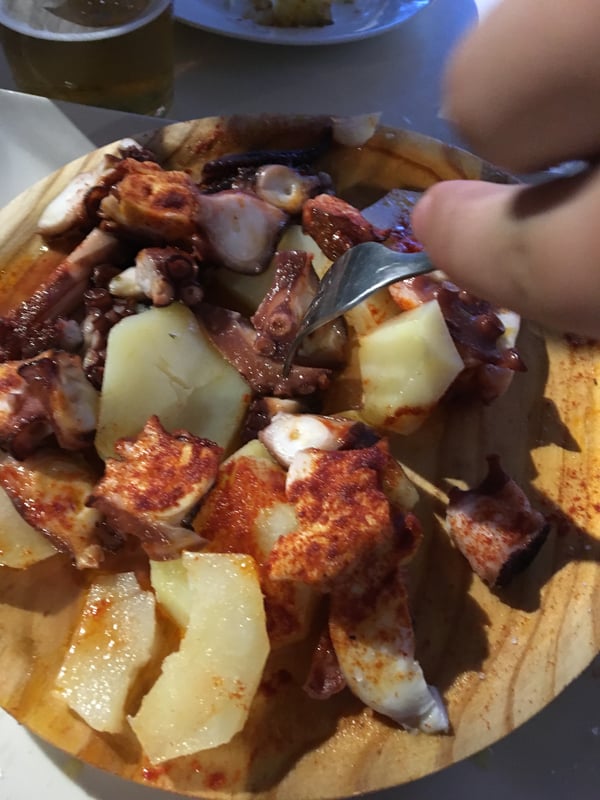 Our group went to a flamenco dance performance that truly shocked me and many other students as well. The music was live, made with only a guitar, a voice, and the clapping of hands. Blending with the sounds of the music there were two people dancing, one at a time, staying up on stage until they would toss sweat against the quiet crowd every time they whipped their head around. 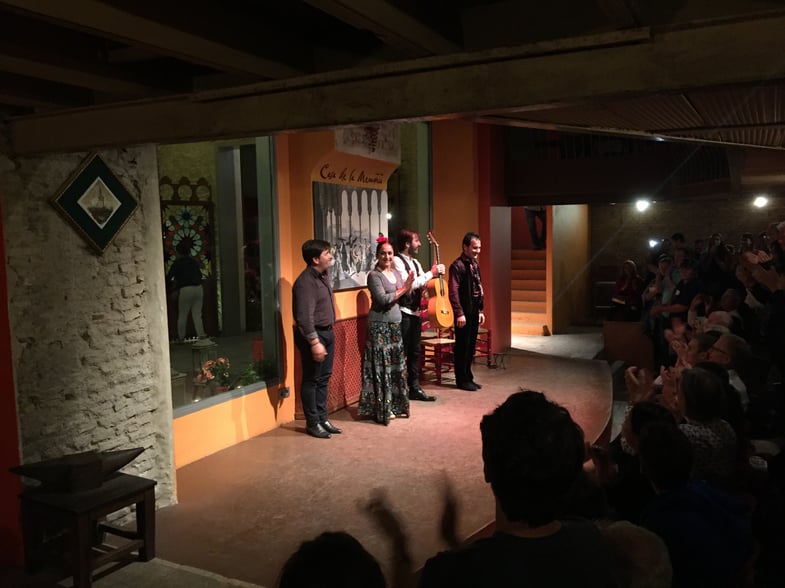 This city struck me as different right away and I was sad to leave, but this was not the end of our adventurous excursion. We rented two small cars, packed our things, packed our selves in the cars, and took off to find our next piece of excitement. 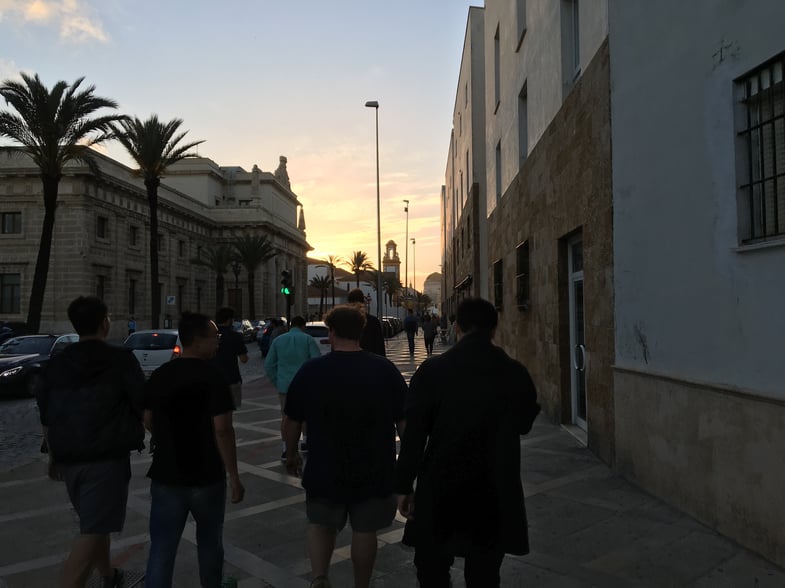 We continue our journey in Cádiz. We drive from Sevilla, about an hour drive. We unload the car and catch a quick look at our beautiful house. The house has four bedrooms, three bathrooms, and one huge kitchen. Myself, George, and Brother Rouss all slept in a triple. The group took a quick nap as we were all a little tired from traveling. Ryan woke us up so we could have enough time to figure out dinner plans. As a group the majority wanted Italian. A few wanted to walk around and see what other options were out there. We walked from the house into the town. At first I had no clue where we were going. We walked by the beautiful coastline seeing fishermen fishing and older people feeding the seagulls. We all ate a beautiful dinner. Pizza, pasta, and fresh seafood, just a great meal to finish the night.

The next morning I woke up covered in bug bites. We never found out how the bugs got it or what kind of bug it was but my thoughts are mosquitoes. We had breakfast in the house and on this day I had kitchen dish duty.

Dennis finished his final presentation on Andalucían food in the covered central market of Cádiz. George and I walked around In search of places to eat lunch. We ate at a local restaurant outside of the market. Little mini-hamburgers and potatoes, complimenting the food with some cokes. We relaxed outside finishing our drinks listening to live music. After that we walked down the coastline and met some locals who had been fishing. These guys knew what they were doing; they were using live shrimp bait, bread stuffed with shrimp. The older gentlemen explained that he put shrimp in the bread so that when he would cast in areas where the school of fish were eating the shrimp would spread into the water. We sat with him for about an thirty minutes and he caught three fish. George was a little upset he forgot his rod. We met back up with the group and explored the Torre Tavira. We went all the way to the top of this merchant watchtower building and saw some amazing views. We also scoped some new fishing spots. When we got back to the house we changed, grabbed a snack, and then went to traditional Spanish restaurant. 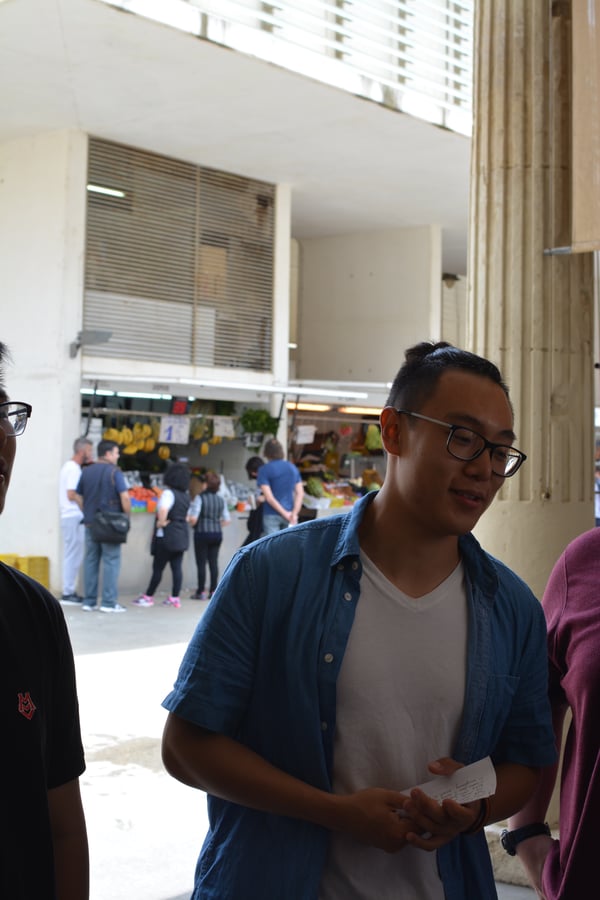 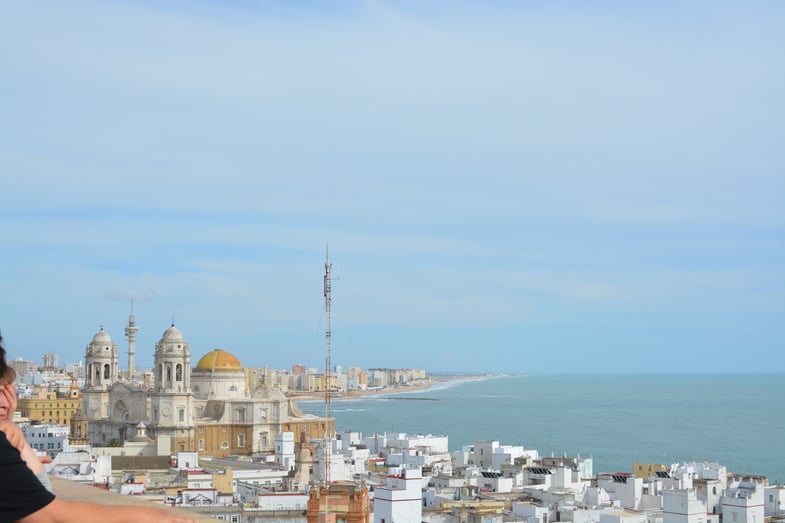 The view from the Torre Tavira featuring Cádiz’s multi-style Cathedral (baroque and neoclassical) and the Atlantic. 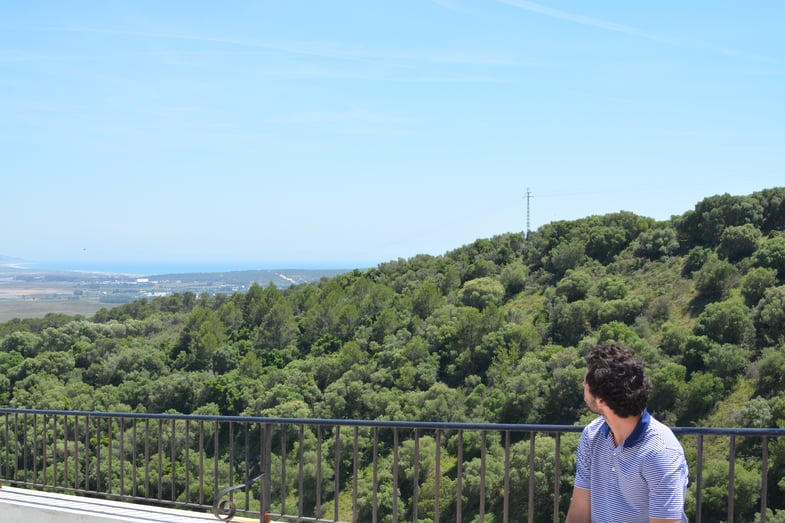 Catching our first glimpse of the Strait of Gibraltar (and the continent of Africa)! 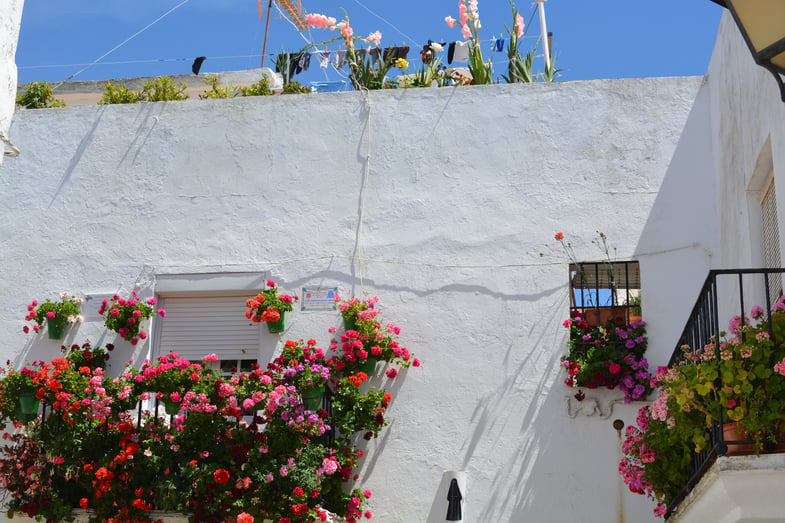 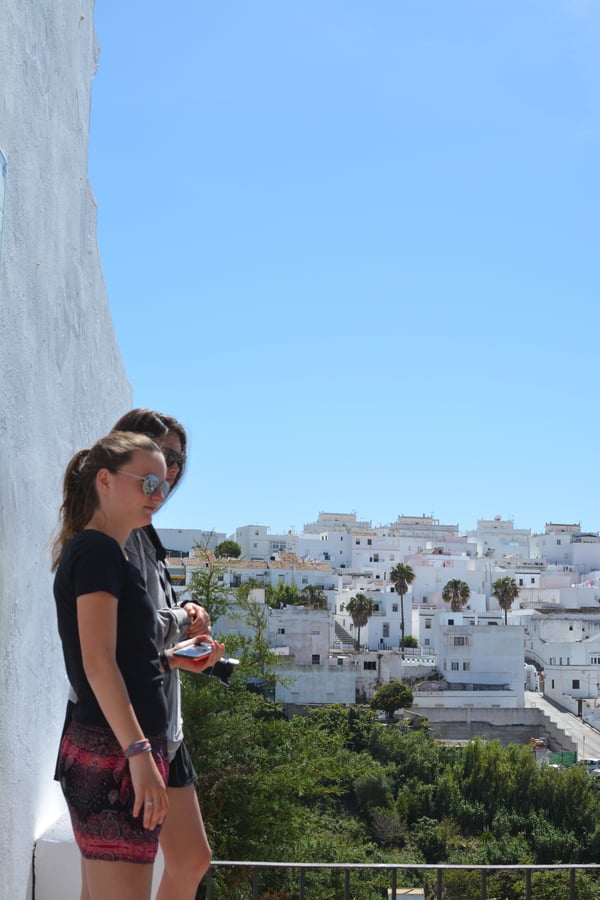 The next morning we traveled to Betis. We lived in this beautiful house, with many widows to look out to the mountain and see parts of Morocco in the distance. We visited a local beach and played soccer on the beach. We met some locals who started playing with us. It was absolutely gorgeous; we played soccer with an awesome view of the water. The next day we hiked a small mountain in the morning, visited a few beaches and cooked dinner in our house to top off a good day. My thorn of this trip was not being able to fish, my rose was playing soccer, and my bud is to one day return. 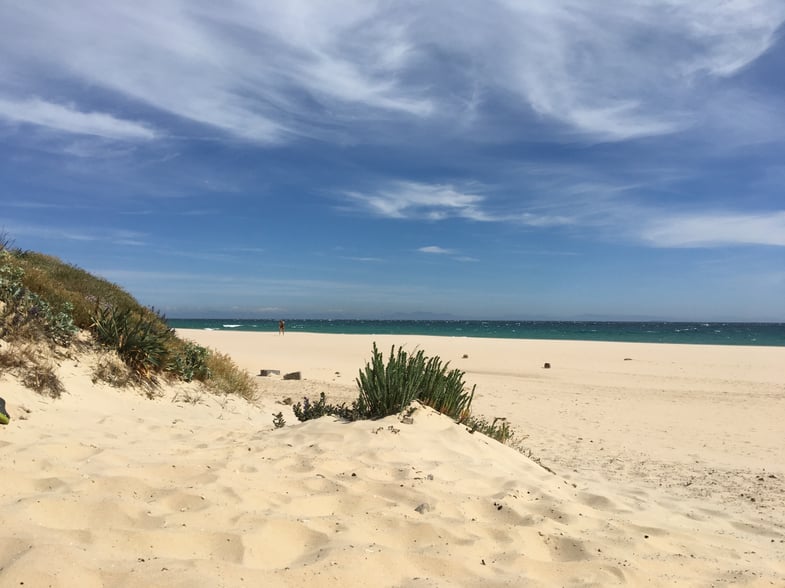 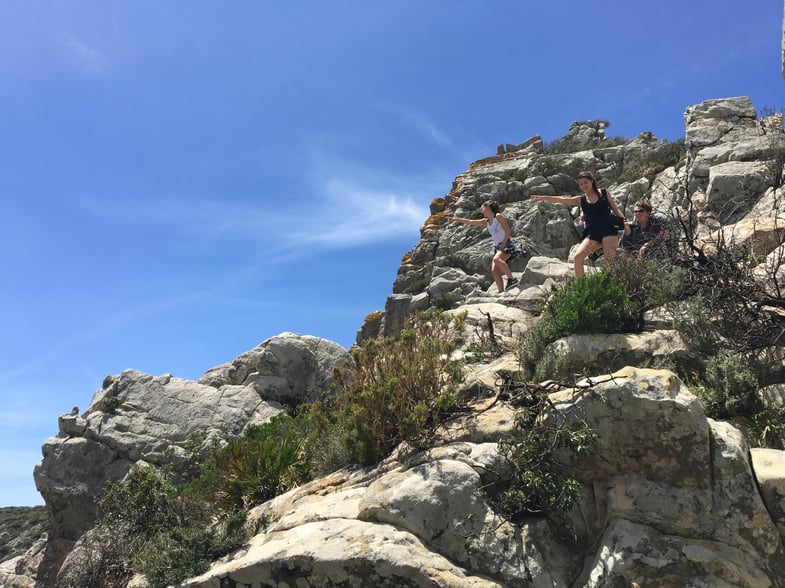 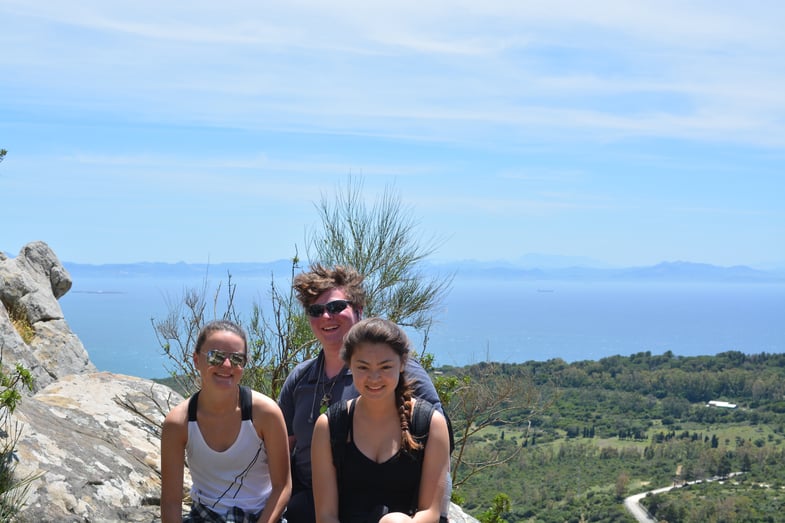 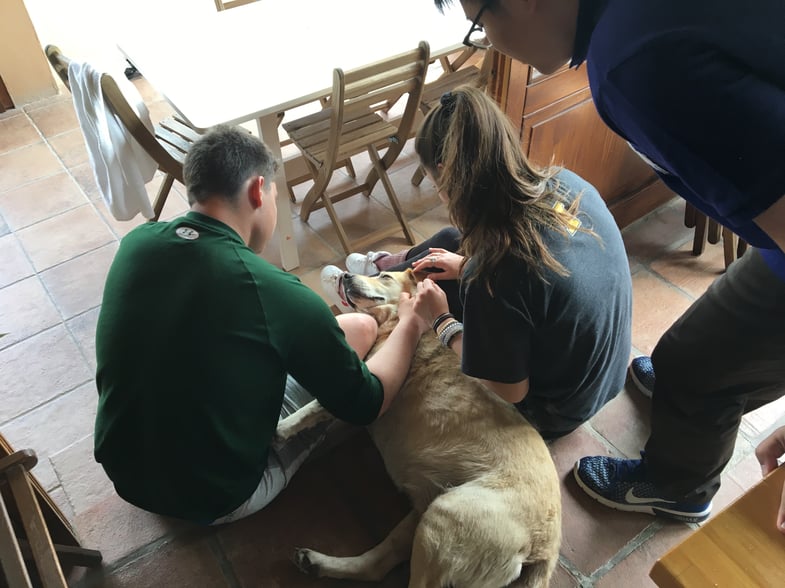 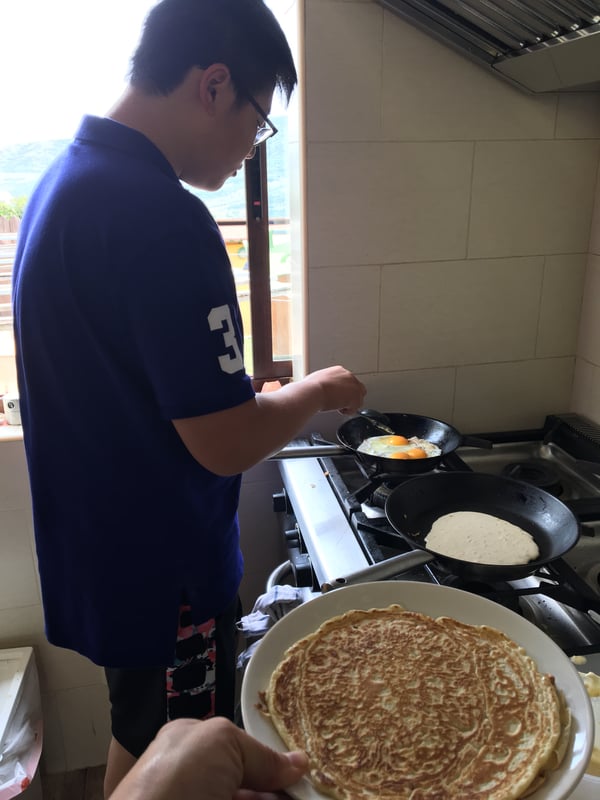