Our group completed the part from Santiago to the coast in order to experience the different culture that Galicia (the region in northwest Spain) and the Camino has to offer. We started our journey by visiting the endpoint for many other pilgrims, Santiago de Compostela cathedral. The cathedral is said to hold remains of Saint James (Santiago), the patron saint of Spain, but is also a very beautiful example of Romanesque architecture. 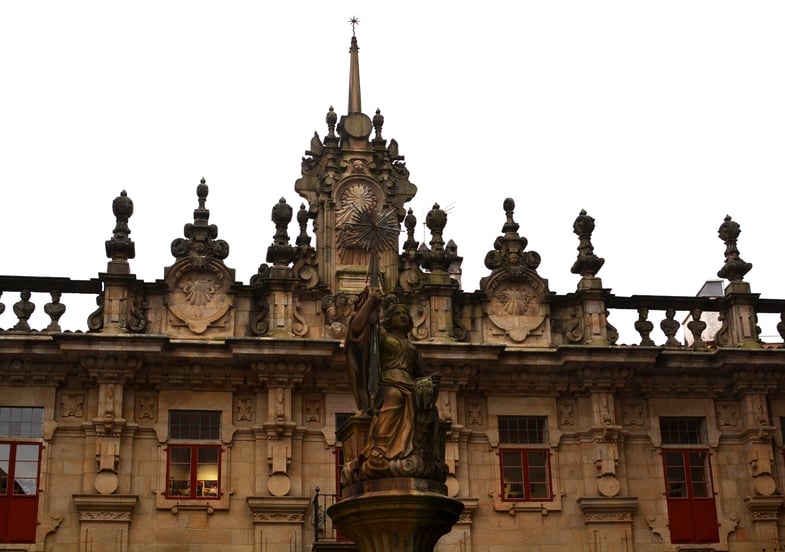 The Cathedral of Santiago de Compostela set on the beautiful Praza do Obradoiro. 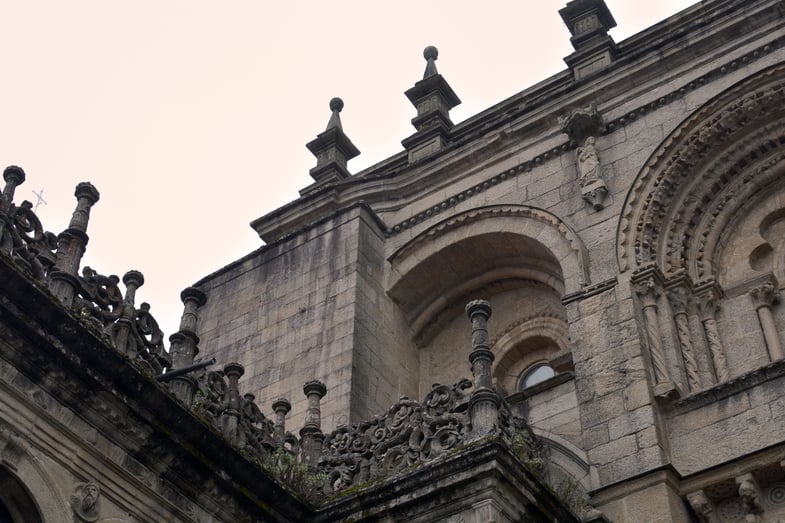 From there we started our first day long walk (roughly 13 miles) to Casa Pepa, a hostel commonly used by pilgrims on the Camino de Santiago. Our walk on the first day consisted of many beautiful views, animal sightings, and stopping to snag some of the best grapes in the world from the vines growing along the way. We arrived at the hostel hungry and anxious to rest our feet. They fed us well and we continued to relax by playing cards in the common room. 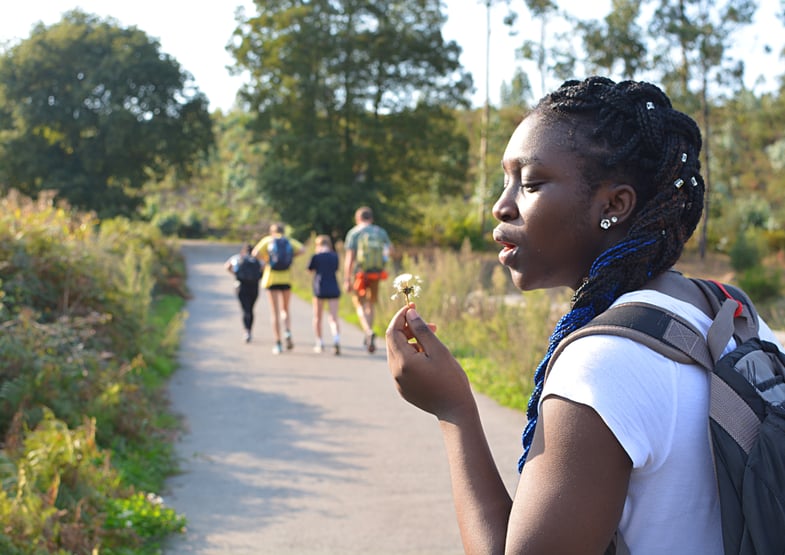 Stopping to admire a diente de león on the Camino.

The next morning we started our longest walk of the trip (roughly 18 miles) along the coast to a lovely hotel on the beach. We befriended a nice Portuguese couple that helped us tremendously with our bad navigational skills, and who we saw many times again along the Camino. Four of us, Chloe, Michael, Matt and Caitlyn, arrived at the hotel thinking we had drastically beaten the other group, Zina, Mila, and Laura (our Spanish navigator), only to find out that they had miraculously passed our speedy crew via hidden shortcuts unbeknownst to us. After humbly accepting our loss, we headed down to the icy cold water of the Atlantic ocean and just chilled on the rocks while making some snail friends. The Ría of Corcubión (and Atlantic beyond)!

The spectacular approach to Fisterra (Finisterre).

The final day, we stopped at a lighthouse at the “end of the world” before we started our shortest walk (only 10 miles) to the end of our journey. The lighthouse had an incredible view from the top of many rocky cliffs looking out over the Atlantic. There were many personal items left by pilgrims scattered amongst the rocks, consisting of everything from journals, to shoes, to pictures, to stickers, to walking sticks, to cigarettes. For most of us our inner mountain goat kicked in and we descended down the rocky cliffs in order to get closer to the magnificent waves crashing upon the monstrously large rocks, only to later realize that we then had to scale back up the slippery monstrously large rocks to get back to the top.

A horreo, a typical granary for corn and grains, standing up on stone stilts and shaped like a small chapel, sometimes crowned with a tiny cross. Controversial eucalyptus plantations are common in this part of Spain.

We eventually made it out alive and continued from there on our walk to our final place for the night in Galicia. That night we ate like real pilgrims at a fantastic restaurant feasting upon delicious seafood and steaks (because Matt and Michael don’t eat seafood). The next morning we headed for our train back to Segovia with our Camino passports full of stamps from our stops along the way, sad the journey was coming to an end but happy we could now truly rest our feet, and legs, and backs, and shoulders, and every other part of our aching bodies.

Our final evening on the Camino, the sun sets at Punta da Barca in Muxía. The universal Camino greeting, regardless of native language, from one peregrino to another: “buen camino.”