Thursday morning we began our long journey to the province of Andalucía in Southern Spain. A bus, metro, and train ride later we got to the city of Granada. We had just enough time to shower and change before being thrown into the Andalucían culture in one of the most traditional ways, a flamenco performance. 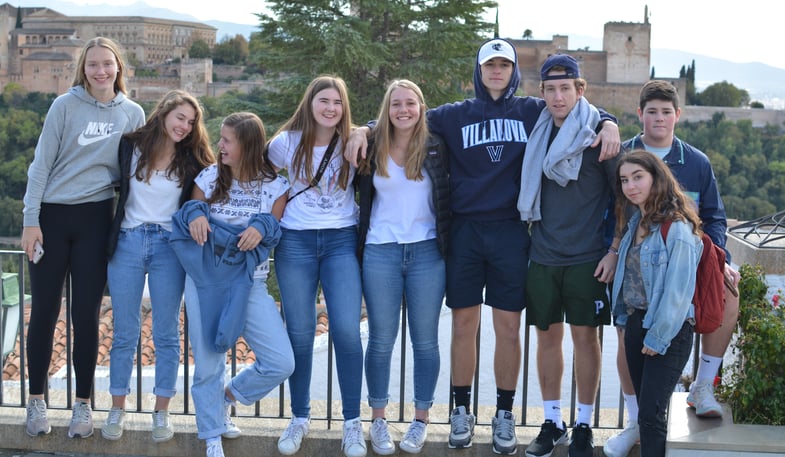 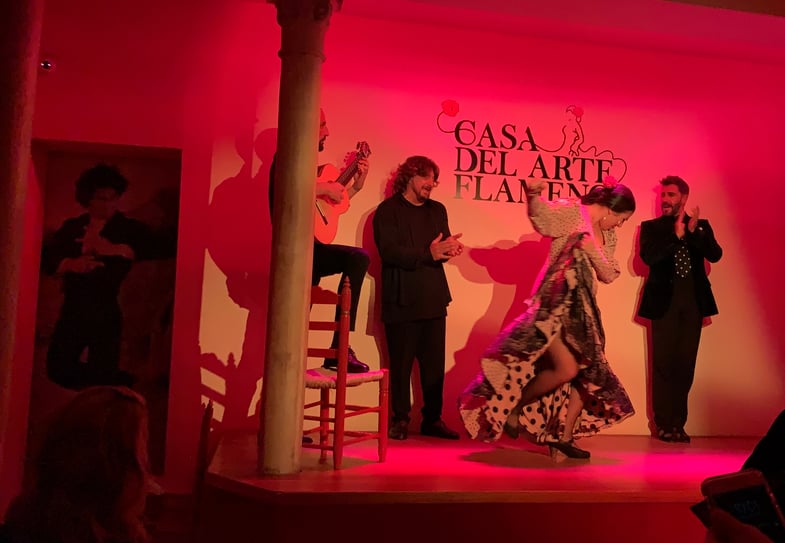 We were led into a small dimly lit room with wooden chairs and a stage at the front. On the stage stood a tall skinny man wearing all black; he held a guitar which he strummed softly filling the whole room with a sweet melody. Behind him stood another man, wearing all black as well, it looked like he was preparing for something but we weren’t sure what. Suddenly he opened his mouth and out came a sound like nothing we had ever heard before. His singing was unique, to say the least. Meanwhile, a woman floated out from behind the stage wearing a ruffled dress that carried her into the stage. The lights flicked off for a second and when they came back on she was standing, holding herself like a bull in the arena, ready to fight. She danced with a force that was honestly mesmerizing. Her hands were like lips moving to tell a story. The flamenco performance lasted for about an hour, and then we went to a restaurant where we ate traditional Andalucían food (pork, beef, seafood, vegetables, bread). We finally got back to the hotel at around 11:30 exhausted and ready to hit the sack.

The next morning we had a delicious breakfast in the hotel and then had time to do some homework. We all worked in groups to prepare presentations on different aspects of the Andalucían culture. Later that morning we walked through the city of Granada and up to the Albaicín neighborhood. The neighborhood was on top of the whole city, and we were able to look down and see incredible views. Because Granada was the last city to be conquered by the Christians it still has a lot of Islamic influence which was especially evident in this neighborhood. It felt like we could have been in Morocco.

The Alhambra suddenly appears on our climb up to the top of the Albaicín quarter from Plaza Bibrambla and the Catedral. 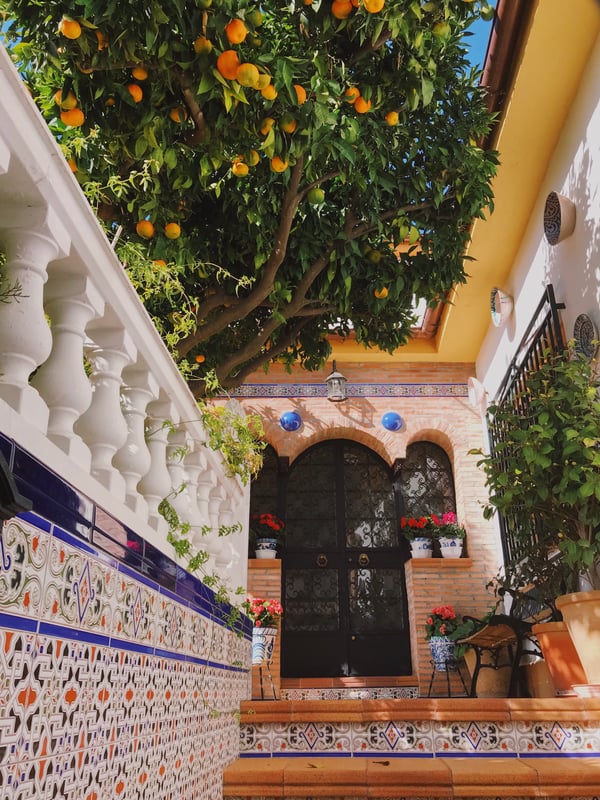 Afterwards we had time for lunch in small groups, and then met back up to go to the Alhambra. The Alhambra, a Muslim palace, was built in the mid 13th century for the emir of Granada. The architecture of the palace was so intricate it was hard not to spend hours admiring the designs. We were lucky enough to walk through the gardens of the palace during the sunset which was gorgeous. For dinner that night we got sushi followed by gelato! The next morning we had a few hours to explore the city before packing up and heading to our next destination, Las Negras in Andalucía’s Almería province. 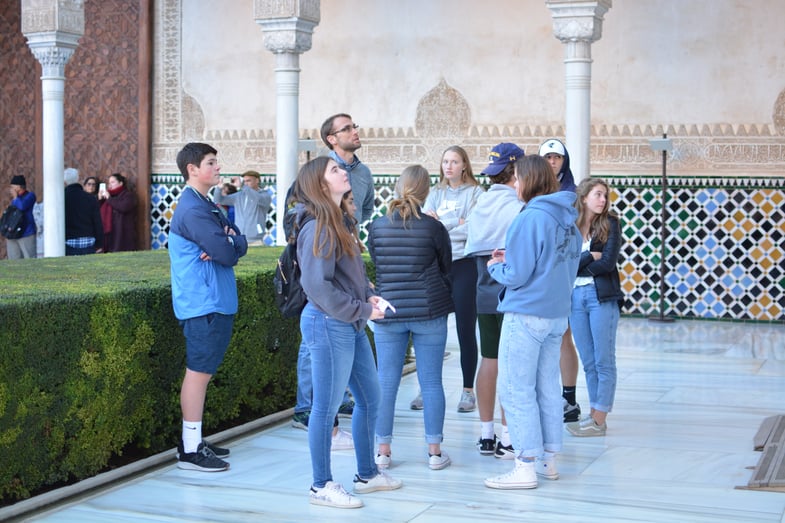 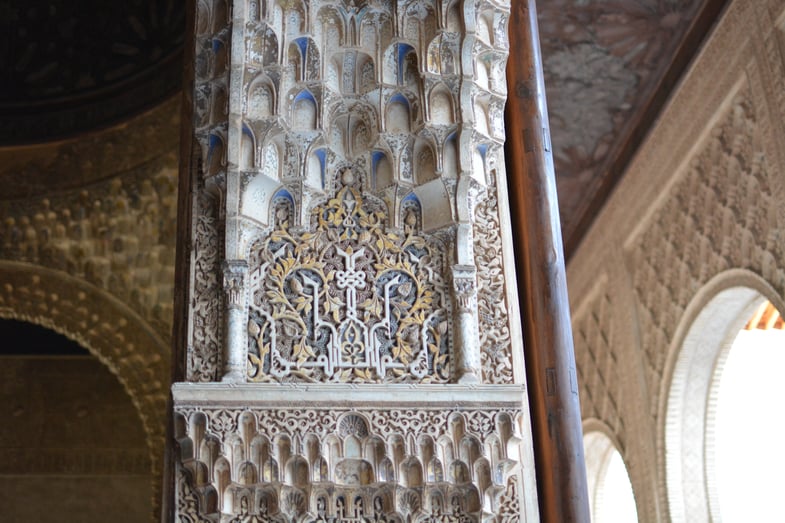 The last full day in Andalucía was a blast filled with many adventures. On Thursday afternoon, we took a thirty-minute drive to a small ranch that had many stables with all different types of horses. Once we got to the ranch, we grabbed helmets and waited to be assigned to a horse. Some people on the trip had a lot of experience with horses, while others were afraid. However, everyone got on their saddles and rode with the group on an hour loop. The route was flat with some subtle hills, and, on the ride, we saw a lot of wild horses munching on the grass. Once the trip was over we came back to the barn and said goodbye to our new friends. Everyone in the group seemed to like the experience and many said they would like to ride horses in the future. We headed back to the house for lunch, where we made bocadillos (sandwiches made out of baguettes). 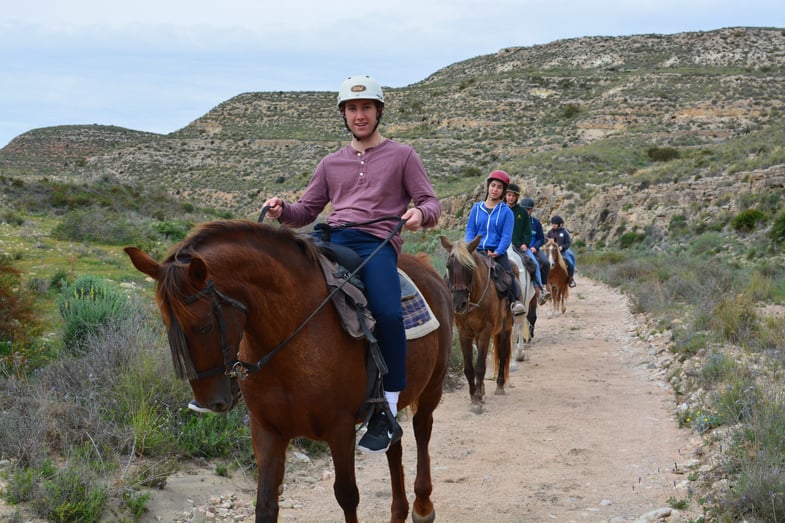 Horseback riding in Almería province’s Cabo de Gata National Park. We are thankful to be able to enjoy this protected, largely undeveloped stretch of Mediterranean coastline only a few kilometers away from the “mar de plástico” or “sea of plastic” greenhouses where much of Europe’s produce is grown. There is a growing awareness of the damaging and effects of development and intensive agriculture in the region as demonstrated by a recent protest by 55,000 people in Cartagena (a city of 213,000 inhabitants). 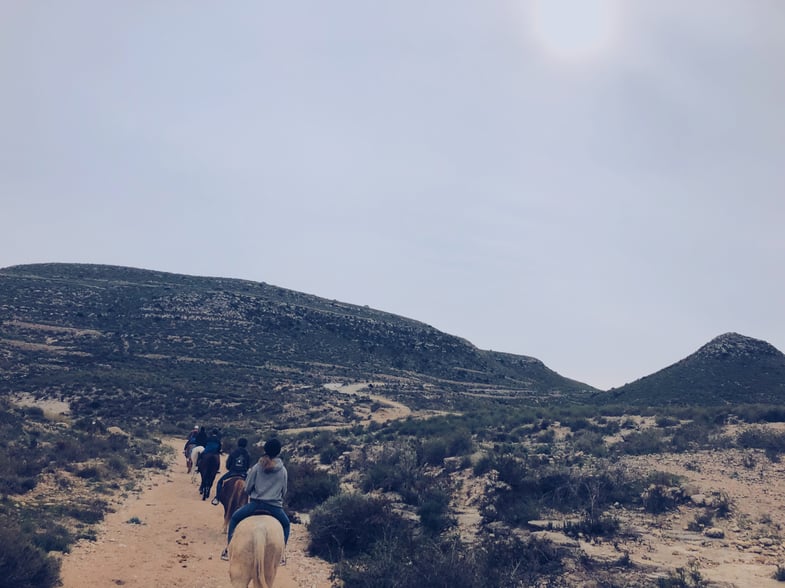 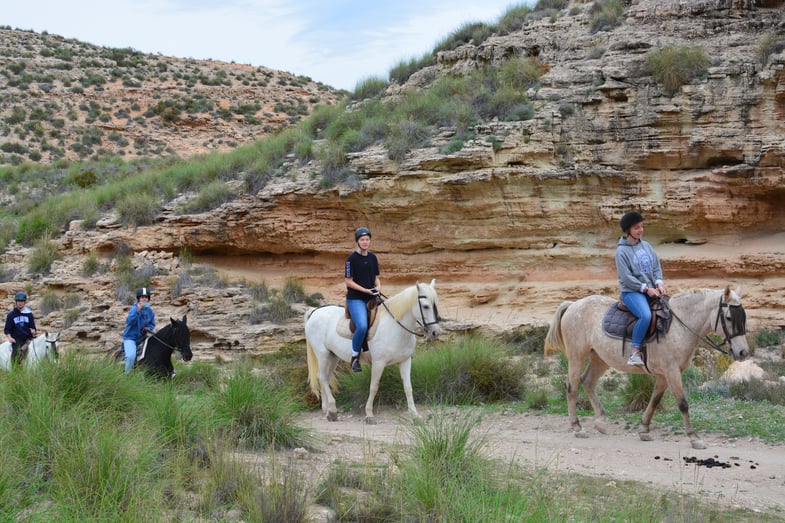 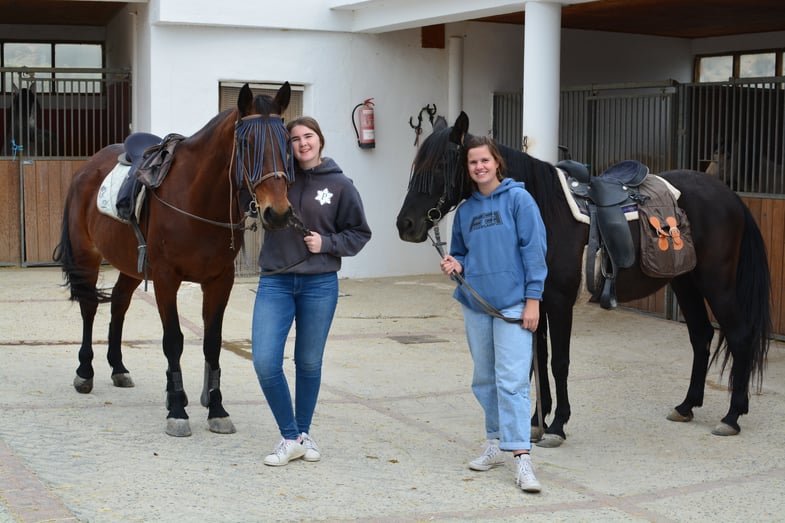 After the much-needed lunch, we got into the van and car to go to the beach for the last time in Spain. The beach is famous because it is where one of scenes of Indiana Jones and The Last Crusade was filmed. The shore is long and flat with rocks to the left and right, acting as borders. There is a gigantic rock centered in the middle of the beach, which was used in the Indiana Jones movie. We all climbed up the big rock and took many pictures and videos of the beautiful setting. We then hung out on the coast for a while, enjoying the sound of the ocean before saying goodbye to the Mediterranean for good. 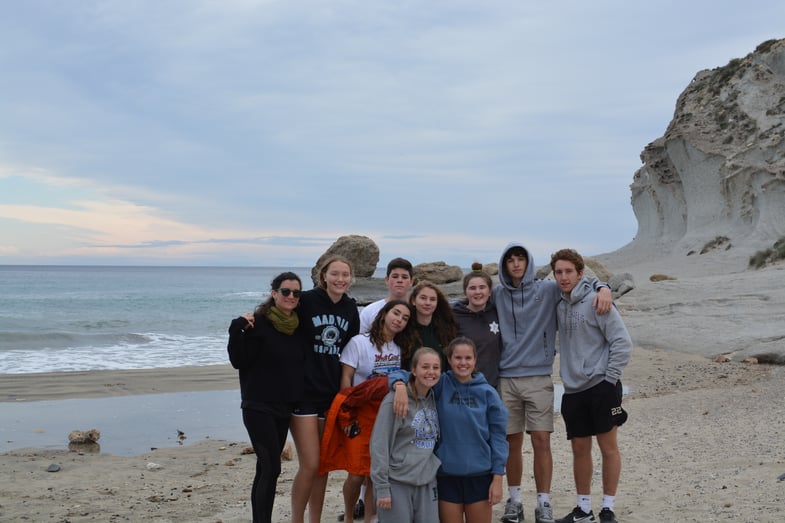 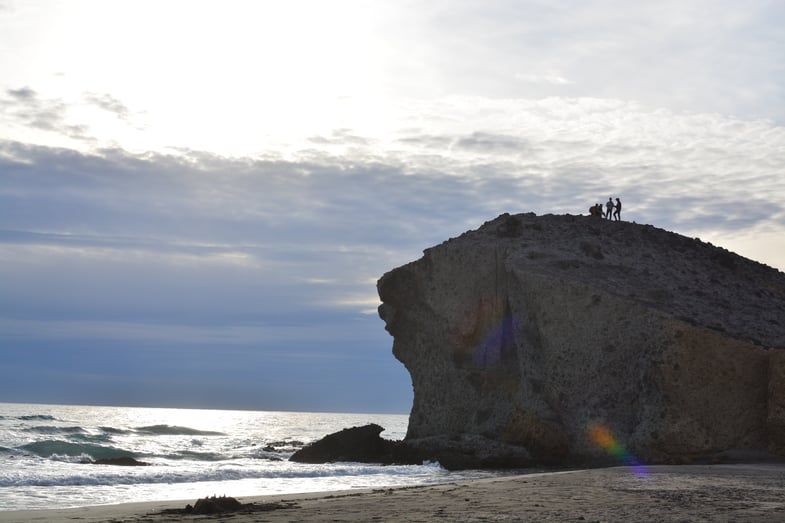