After a challenging 2018 season that saw Proctor’s Varsity Field Hockey team struggle to a 1-14 record, the 2019 version of the team sits with a 2-1-2 record as they enter the month of October. The squad is proving a long-term impacts of a foundation of hard work, determination, and positivity forged through the hardships 2018 season. With a goal of extending this season into mid-November, coaches Kate ‘01 and Trish Austin's ‘01 have their team laser focused being the best version of themselves each and every day. 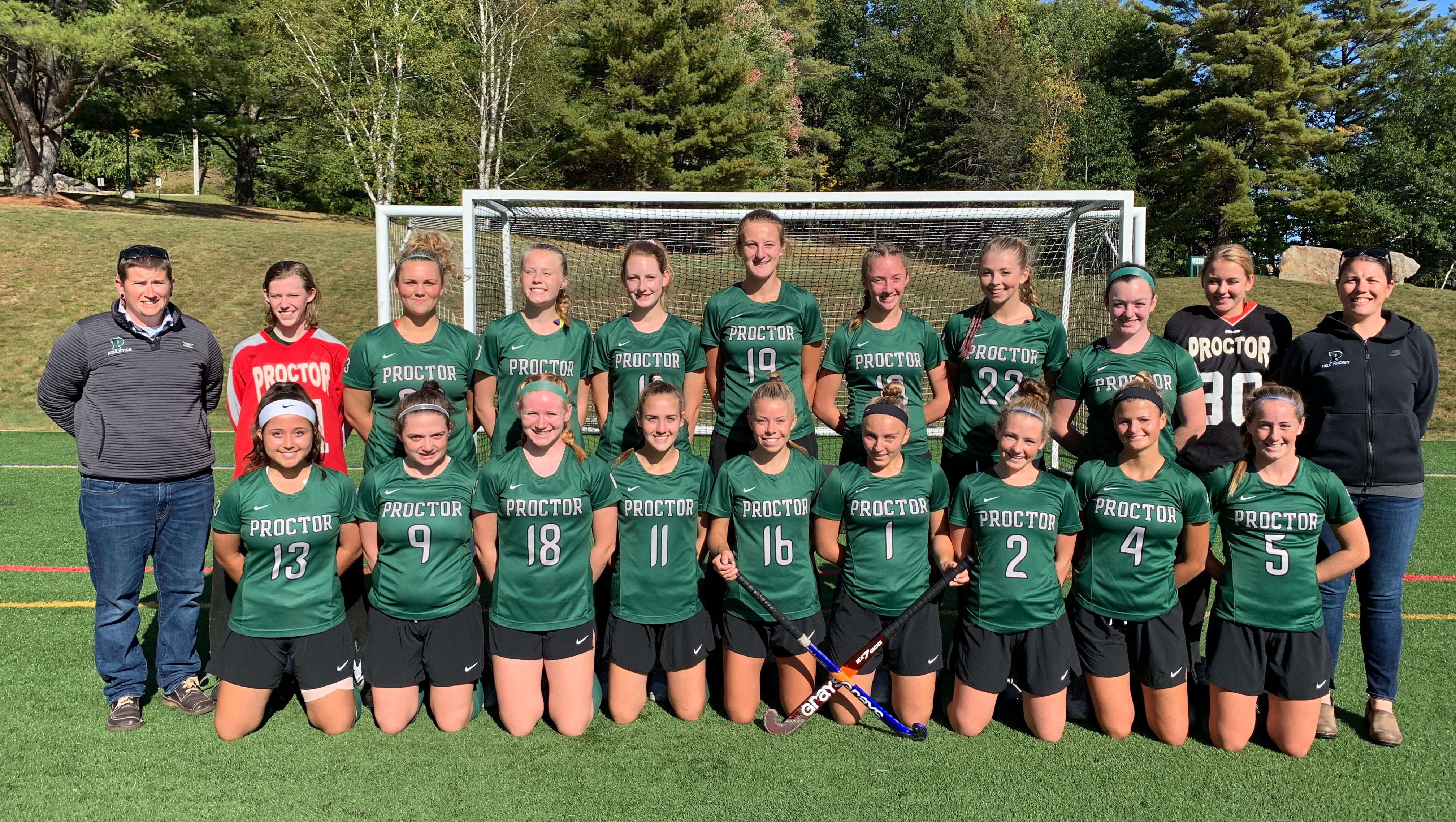 Kate notes, "Our number one team goal this year is to make it to the postseason. We tell the team every day we are working hard to extend our season into the middle of November. Our second team goal is to continue building the program back up. Last year's squad worked hard to lay down the foundation, and this season we must continue to build on it. Our third team goal is to improve our team culture on and off the field. We want to be the team people talk about when they think of sportsmanship.” 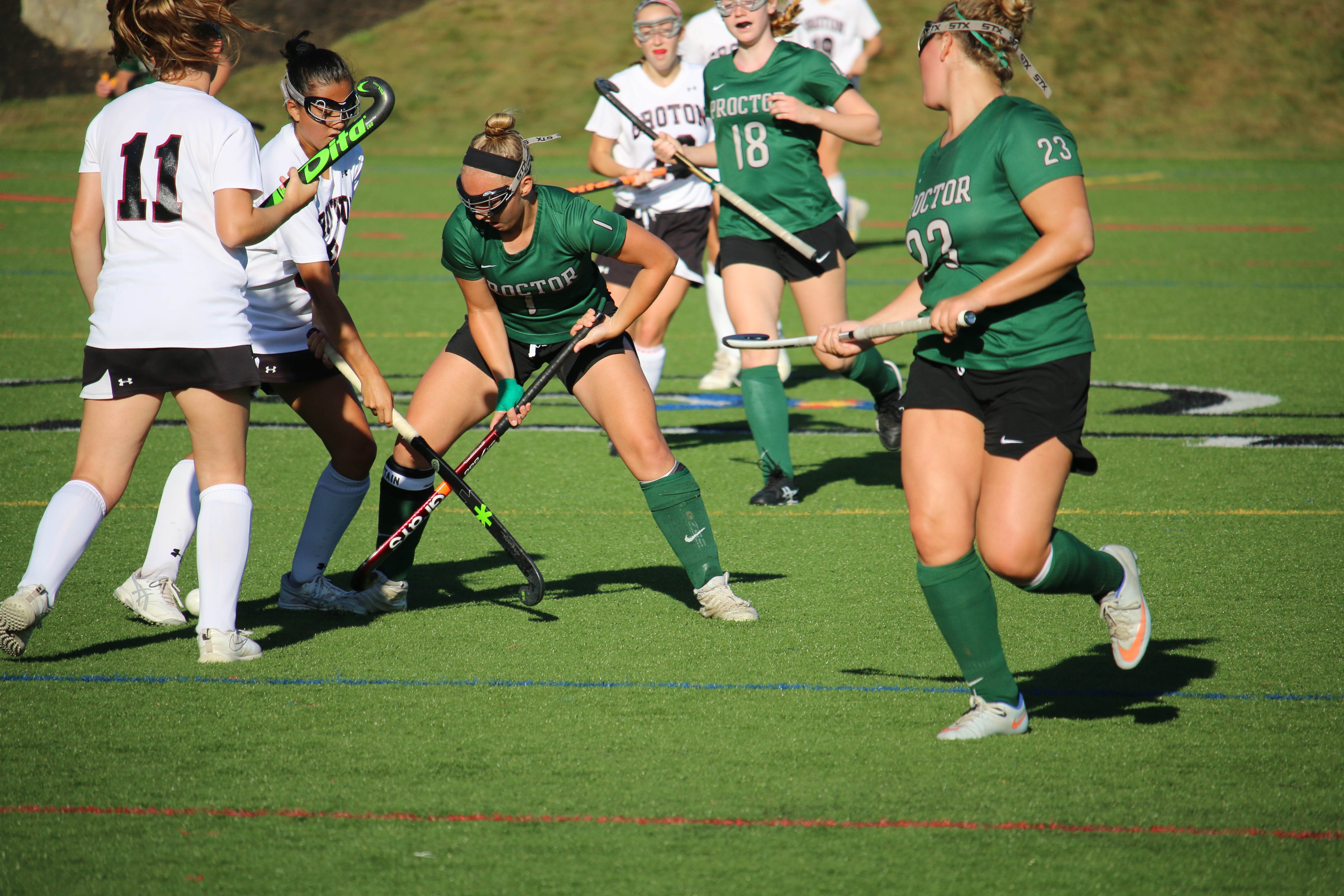 Captains Sarah Hearns ‘20 and Pernilla (P.J.) Shaw ‘20 lead the team through the "work hard, play hard, have fun" philosophy that the coaching staff expects. Hearns notes, "I love leading this team. They are an amazing group of bubbly, energetic, and hard working girls. They make our job as leaders very easy and enjoyable. I couldn't ask for a better group of girls to lead. They are so respectful and always excited to develop their skills." 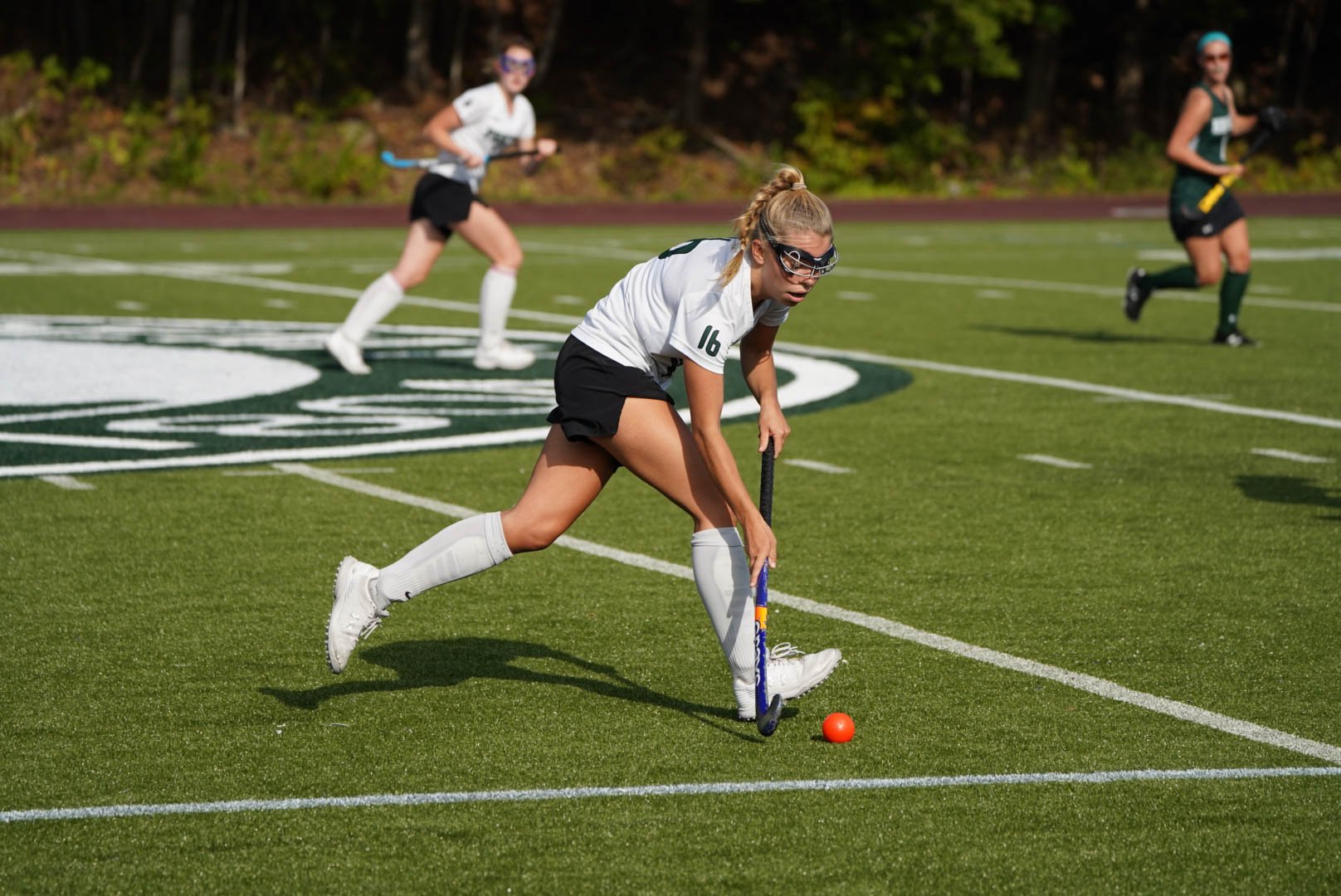 Both Hearns and Shaw bring years of field hockey experience to the field and set the bar high for their fellow teammates. As Kate explains, "Not only are Sarah and P.J. top performers on the field, they are great role models for the rest of the team. The younger players look up to them and feed off their energy. Together, each of them brings their own experiences to our team while holding the group together - working toward creating a family on and off the field." 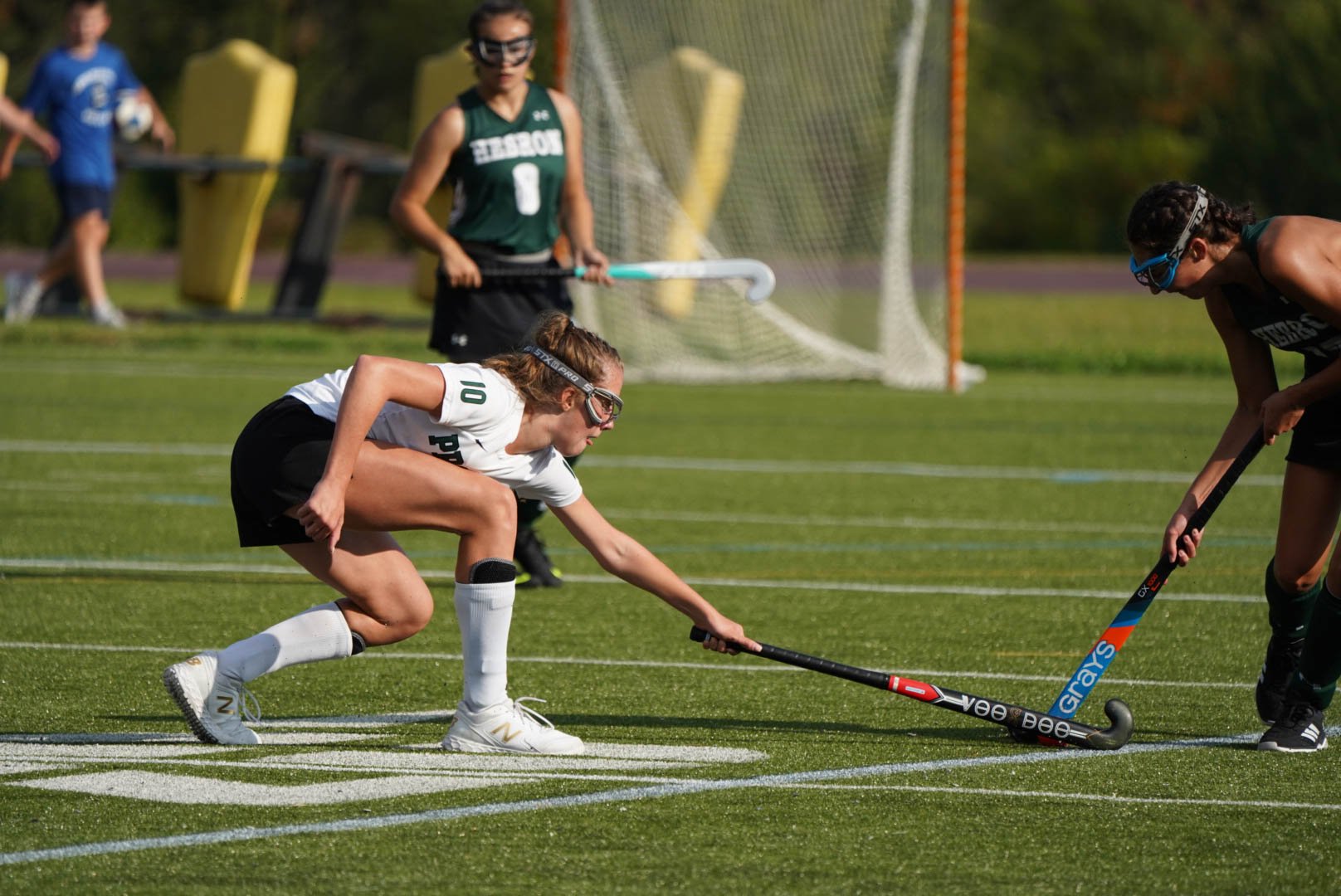 Playing in the highly competitive Lakes Region League, every game is a welcoming challenge. Currently, the team is 2-1-2 with a victory over Kimball Union in the opener and an impressive draw against rival and defending NEPSAC champion Holderness School last Friday evening. Even the lone loss this season had the team feeling positive about their performance as Captain Sarah Hearns noted, "The one game we lost was against New Hampton. Even though the outcome was not what we wanted, we played so hard and were ultimately proud of our performance." The coaching staff echoed their captain's insights by adding that in the overtime tie with rival Holderness the team realized after the game that they must battle every single game and put it all out there to have a chance at victory.

As the calendar flips to October, the team looks to build on the strong start to the season by making daily progress toward their goal of a post-season appearance. The team hosts Kimball Union today (Wednesday) before traveling to Tilton on Saturday and to Concord for a battle with new Lakes Region foe St. Paul's School next week. The game that every member of the field hockey program has circled on their calendars is the rematch with Holderness School on November 9 during the Proctor-Holderness Weekend. The team knows they must face to the best to achieve their goals, and they feel fortunate the Lakes Region League provides such fierce competition all season against which they can test their progress. Best of luck to the field hockey team the rest of the way!