As I write this, Roseway has finally entered the trade winds and is making way towards St. Croix, with an expected arrival sometime later this week. The passage from Cumberland Island to St. Croix represents the longest offshore leg of our Ocean Classroom program (anywhere from 12 – 14 days) and encompasses so much of what voyaging is about.

In many ways, an offshore passage is a time of being in the moment. What is going on right now with Roseway that needs the attention of the crew? What sail changes are necessary right now? What can I do to be of service to the ship and my shipmates right now? Is there more that I can do right now to enhance my working knowledge of the ship? 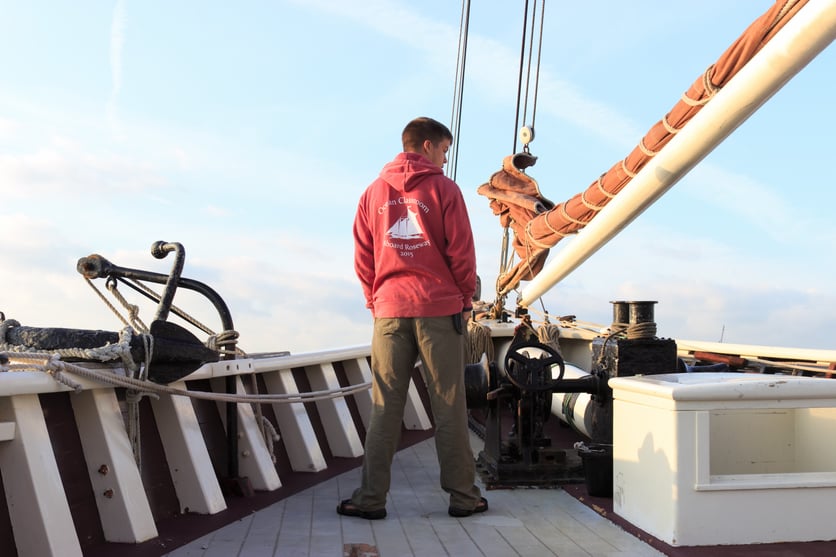 An offshore passage also has an element of anticipation sewn into it. What will it be like when we finally raise St. Croix? What will the water look like? What will the land smell like? 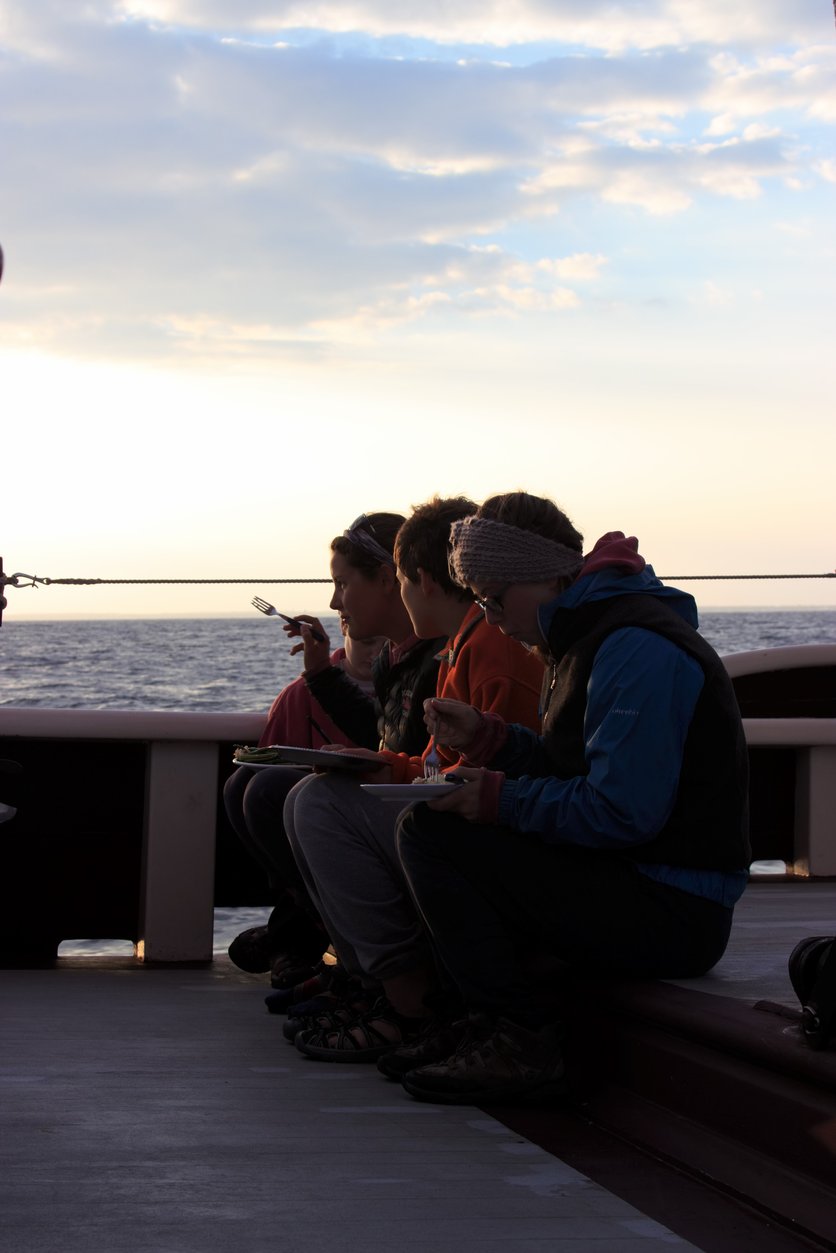 Each and every member of Roseway’s crew is feeling a wide array of things. Of this I am certain! There is the inevitable tiredness of standing watch and the flow of 24-hour schedules. One day flows into the next and it’s hard to remember if it’s Tuesday or Wednesday… There is this feeling of being in a time and space bubble. Roseway is your home and refuge in the wide open sea. And this sea is all around you. And you see so many reminders of the immenseness of the ocean. Sargassum weed with its own ecosystems floating by… Oceanic bottlenose dolphins bow riding during the 0000 to 0400 watch… The sky illuminated with a thousand stars (more!) and no city lights to diminish any of it… 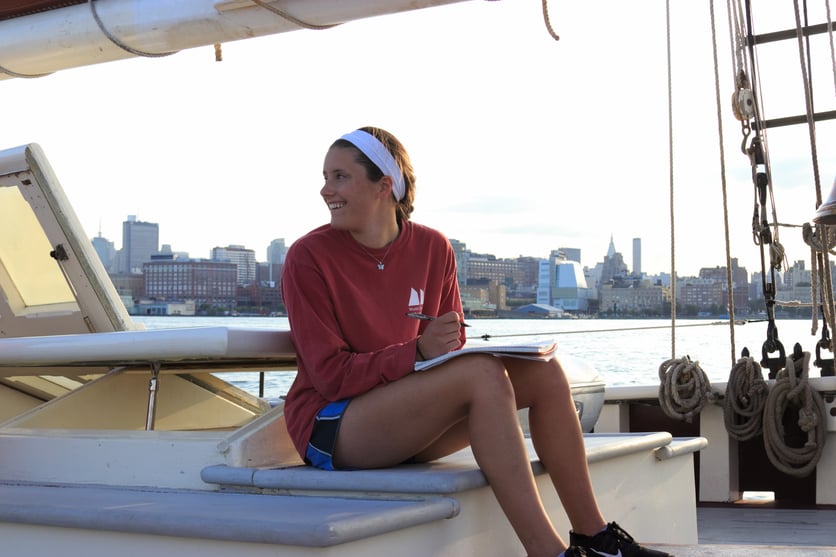 Ocean Classroom has so many elements incorporated into it. There is skills development. Yes, your kids are becoming competent schooner sailors to be sure. There is the exposure that each kid is getting to different regions and cultures. There are opportunities for pushing one’s limits and realizing that you are stronger and more capable than you could have ever imagined. Ocean Classroom is challenging. No doubt about this! Ocean Classroom is also incredibly fun! Just look at some of the pictures that have gone out via the World Ocean School and Proctor’s Flickr page. Great stuff! Huge smiles!

There is also the inherent value of stepping away from technology (this said with the full understanding of the irony that this letter is published on Proctor's website!). In this day and age, any chance to put aside technological connections and replace these with baseline human connections has incredible value. Roseway is its own community. It is a spaceship traveling in a universe that is the ocean. Yes, Abby Kidder at the World Ocean School and I maintain contact with the ship for safety protocol reasons. However, make no mistake. Captain Pao and all the others aboard Roseway are in the midst of a voyage that is uniquely their own. We may be watching from afar (and wishing we were there!), but it is their voyage, not ours.

So, again, thank you for allowing your sons and daughters to be part of Ocean Classroom 2015. I know that you are proud of them. More importantly, I dare say, I believe that they are proud of themselves!