Tucked into the middle of New Hampshire, the Blackwater River winds 37 miles through fields and woods and towns from nearby Pleasant Lake to the Merrimack River. Here at Proctor, the kayaking team is fortunate to be just a short drive away from the Blackwater, which allows the team many opportunities to learn and train.

During Spring Term, with a wide variety of different waterways available because of the thaw, the team spends time on a number of different rivers such as the Pemigewasset, the Contoocook, and of course, the Blackwater. However, in the fall, the waters are typically low, so the coaches are mainly focused on introducing new students to the sport. “Water levels affected our range this year,” said Gordon Bassett ‘96, one of two kayaking coaches. “The rivers we choose to go to are really more dependent on the drought, as well as the overall experience level of our team.” Although white water kayaking is one of the most bracing activities Proctor has to offer, being on the water every day and feeling the immense sense of community with other paddlers is one of many aspects that makes the kayaking program so special. Following these rivers leads the team to many different parts of New Hampshire, and provides an up-close-and-personal look at the natural beauty of New England.

Perhaps unbeknownst to many, the kayaking team has been a part of Proctor’s afternoon activities program for a very long time. Dating back more than forty years, the team was originally led by coach Bert Hinkley, one of the most prominent figures in the team’s history. Not only did Bert introduce the exhilarating sport into the Proctor community, but his legacy is the primary inspiration behind the way the team is run today. 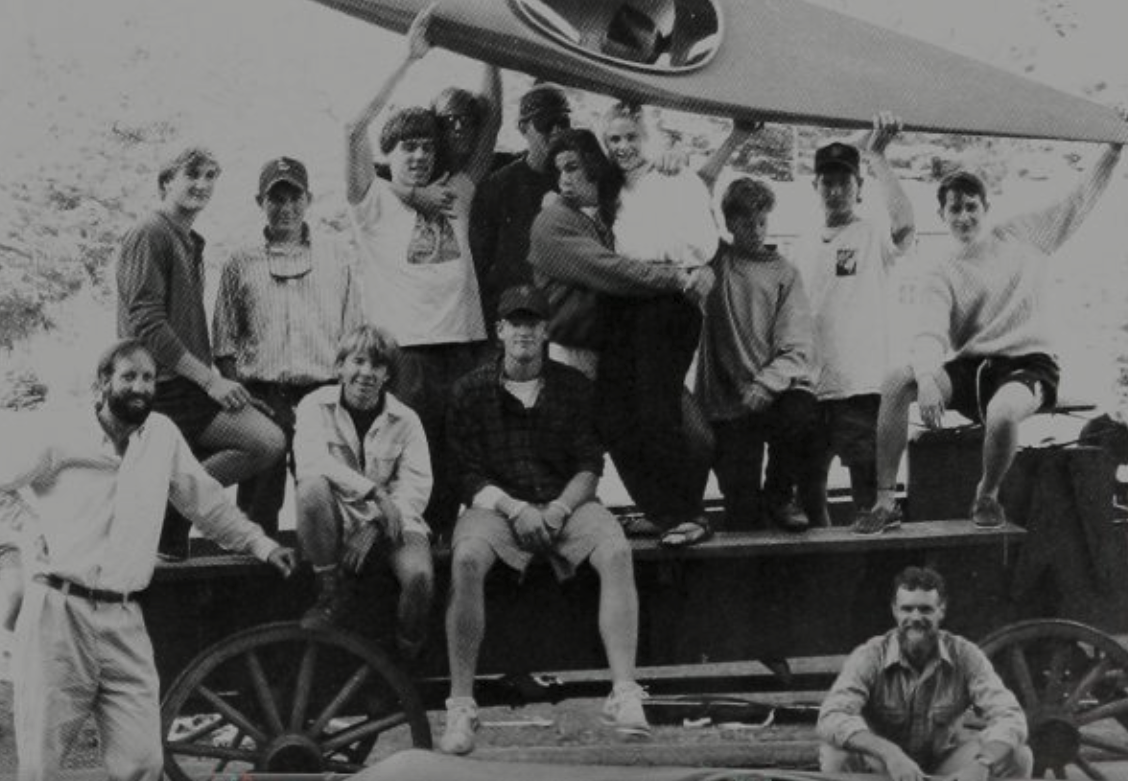 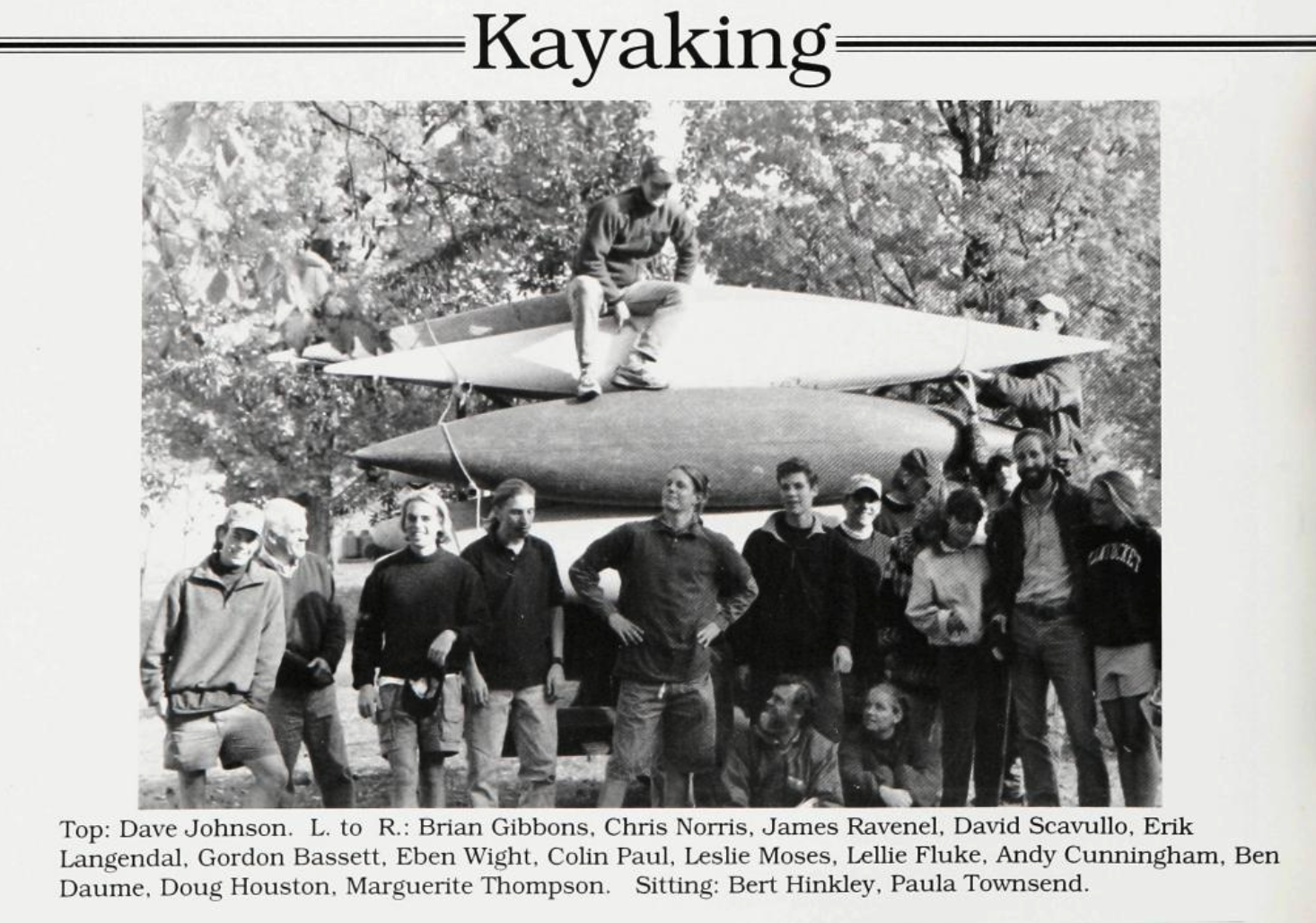 After Bert retired in 2007, the team was on hold until current coaches, Corby Leith ‘92 and Gordon Bassett ‘96, revitalized it in 2014 with the goal of modeling the program after Bert. “He’s our idol,” said Corby. “Bert taught me most of what I know. Of course we want to improve and evolve the program, but he set the foundation for what we’re doing now.” The influence Bert had not only as a coach but as a mentor is an outstanding example of the effect faculty and staff have on the student body and the Proctor experience. Because of an instructor like Bert, these coaches continue to spread their love for the sport every afternoon.

The kayaking team represents a common theme found on this campus: whether it is the miles of river snaking through Merrimack County, the mountain biking trails throughout the Proctor Woodlands, or even the walkways which bring us from classroom to classroom, every path students take inevitably lead us right back to the heart of who we are as a community.