Nurturing Independence: On Being a Proctor Parent 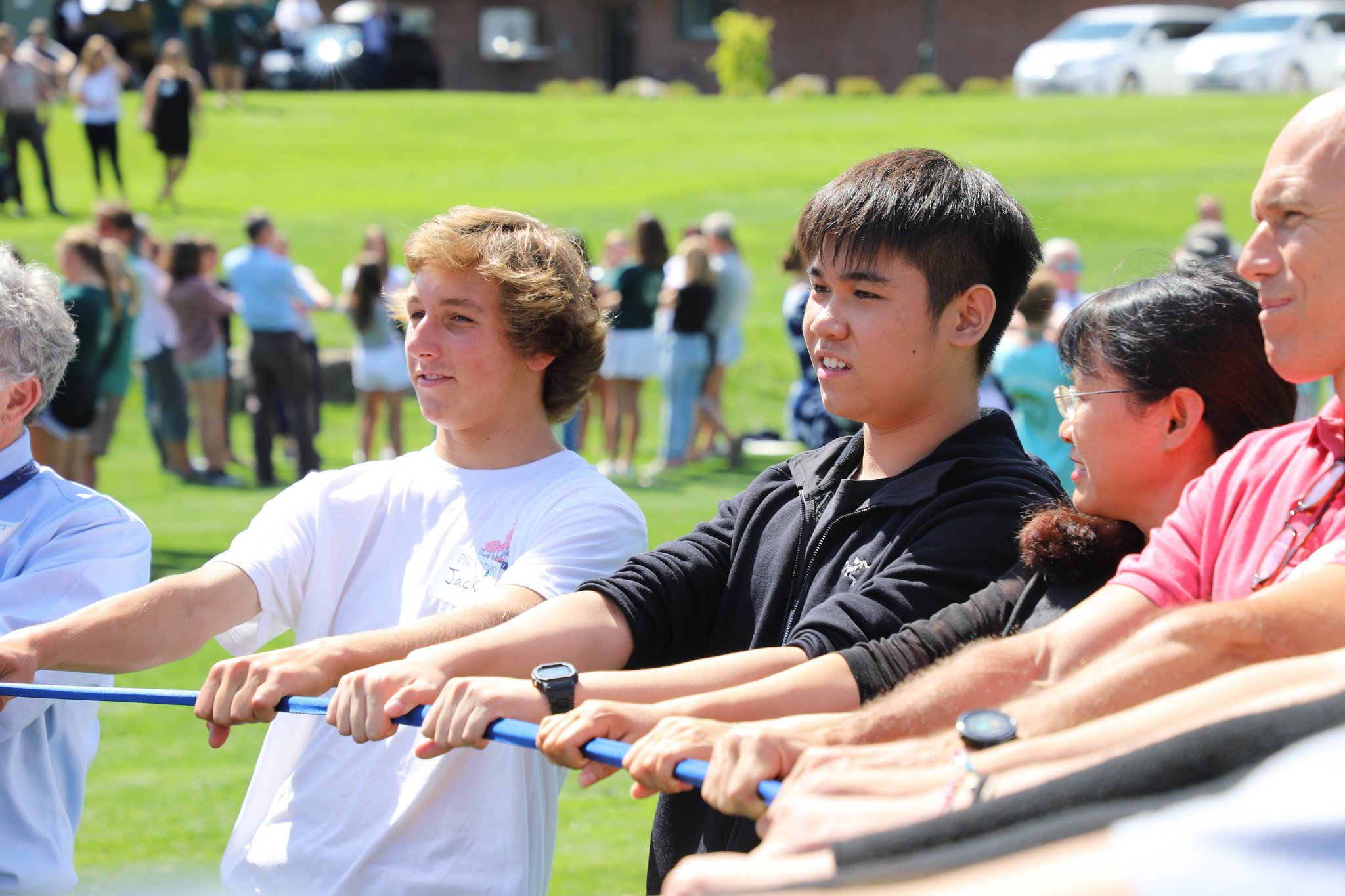 Later this week, Proctor’s campus will begin to bustle with students arriving for the start of the 2021-2022 school year. The majority of these students will be returning to Proctor, while 117 new students will be commencing a journey at Proctor with Wilderness Orientation. As we prepare for the arrival of our students, we share thoughts on what it means to be a Proctor parent because we all know the transition for parents is far harder than our students! 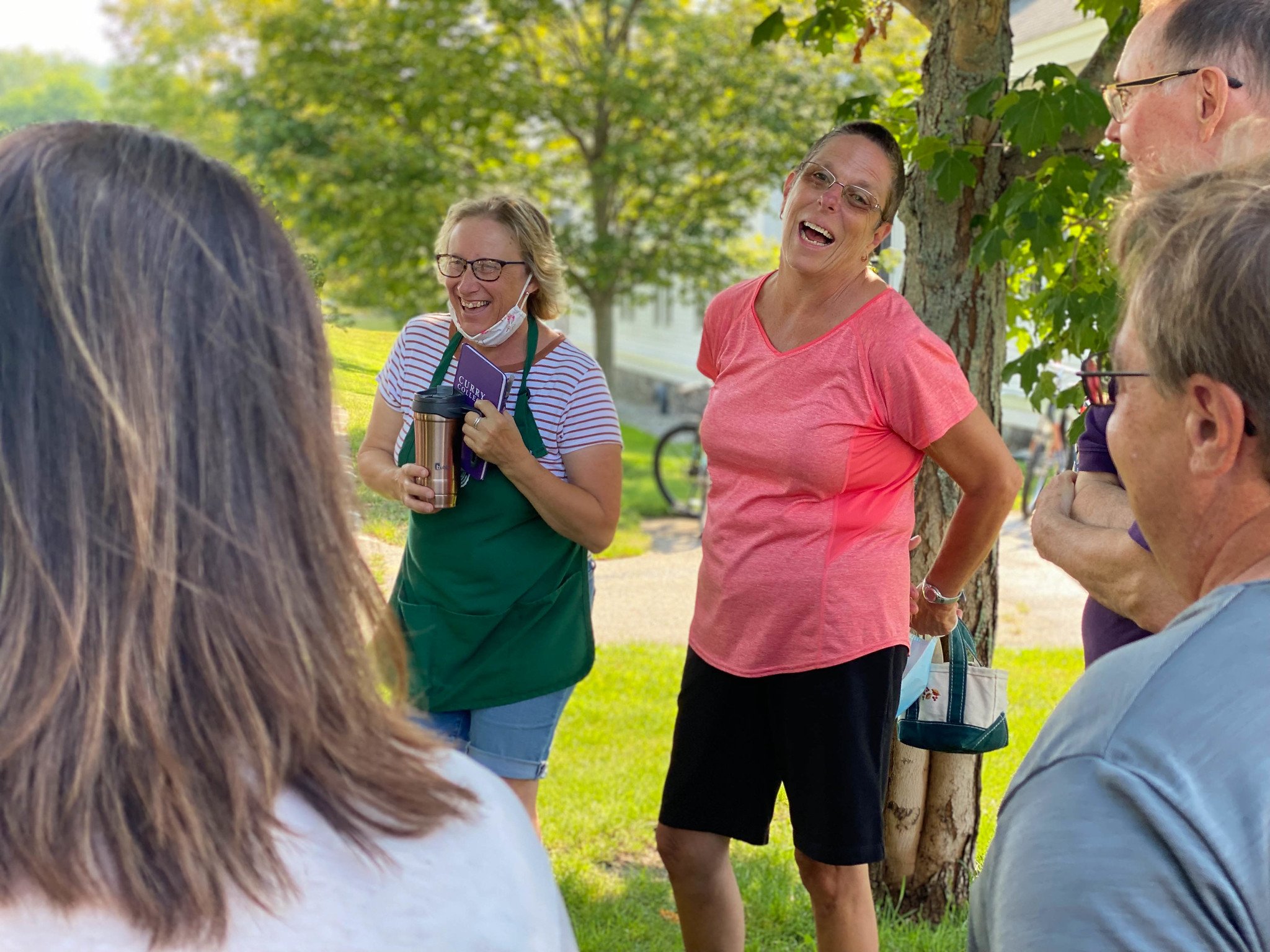 As we prepare for our first international students to arrive this weekend, our excitement for the year ahead builds. Our work becomes more real, more tangible. The theoretical of summer reading and professional development gets to be put into action during opening of year meetings. This morning was the first time we have been all together in the same space in two years. Hanging on the wall in the Norris Family Theater where we gathered is a banner that reads TOGETHER. A version of this banner has adorned the wall of our meeting space for generations, but it has never felt more important than now.

When you love snow, you do just about anything you can to find it. Proctor’s USS/FIS Ski program engages in annual pre-season training camps around the globe, and this August found a group of U16 and U19 boys traveling to Saas-Fee, Switzerland for two weeks of training. The relentless pursuit of training opportunities for athletes has yielded remarkable results on the hill each winter, but the on-snow training is just a small piece of the overall experience afforded these students. Team bonding, dry land training, and cultural immersion are equally important to why our coaches, Athletics Department, and parents support these ventures. Read more from the coaches and students in Saas-Fee below.

Welcoming New Faculty and Staff for the 2021-2022 School Year

As Proctor prepares to welcome new and returning students to campus for the start of the academic year, our community also welcomes new faculty and staff to Andover. This group of educators has been working hard to get to know Proctor during new faculty orientation. Please welcome these new community members to Proctor. Learn more about them below!

Wilderness Orientation: Why We Continue to Hike After 51 Years 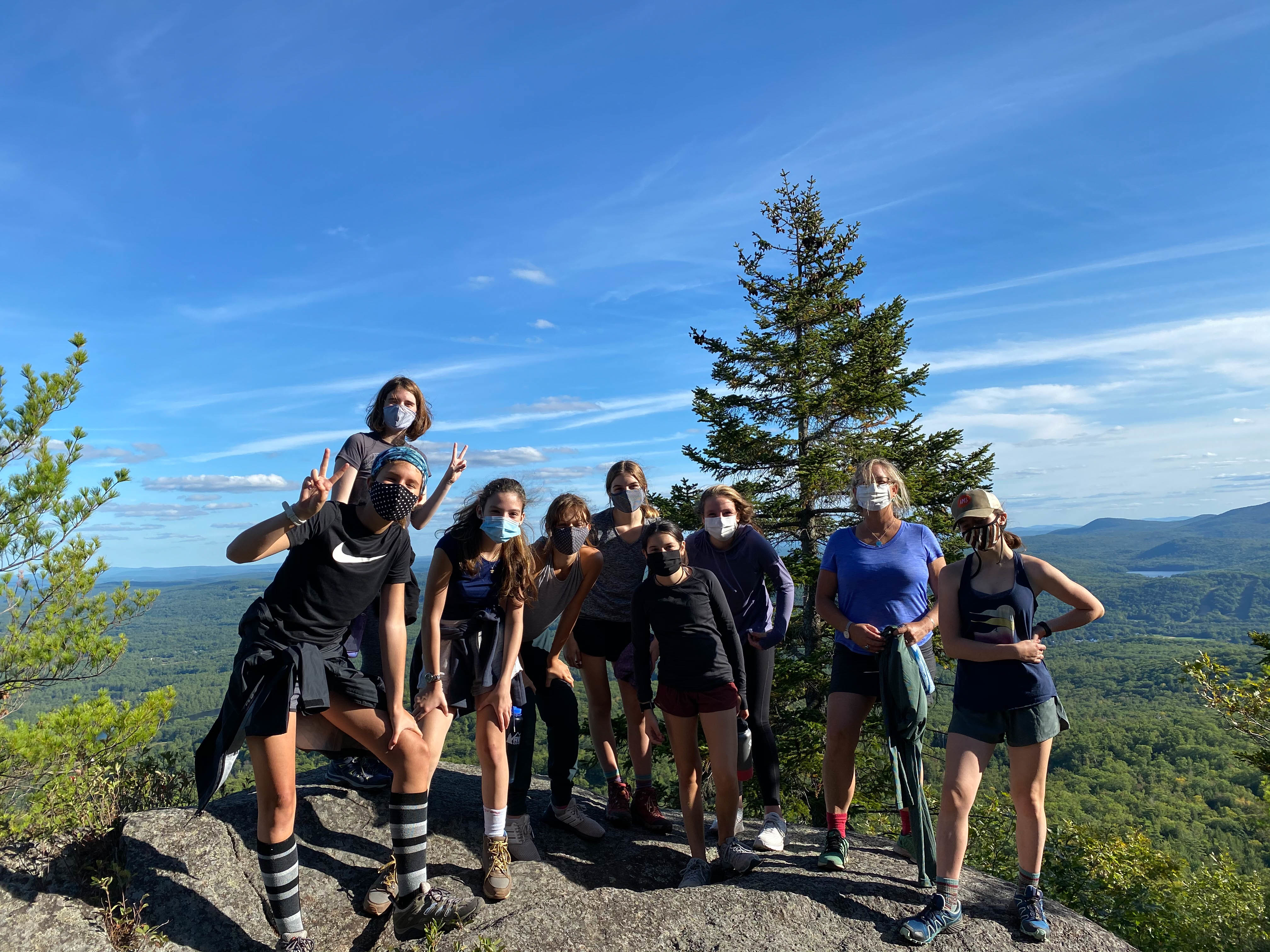 For the past 51 years, the first week of September at Proctor Academy has been synonymous with Wilderness Orientation. While last year’s Orientation program had to be altered due to COVID-19, Proctor’s 118 new students are set to head into the wilderness of the White Mountains for five days once again. The experience that awaits them - the vastness of the wilderness, the challenges of hiking high peaks, and the relationships forged with classmates and faculty leaders - will lay the foundation for their Proctor journey

The Proctor community (all faculty, staff, students, and parents) embraces the shared responsibility necessary to keep our school and local community healthy. Proctor’s goal for the 2021-2022 school year is to create the healthiest school possible by doing our best to create an environment that allows our students and employees (and their families) to thrive.

Trusting Relationships and the Role of the Advisor 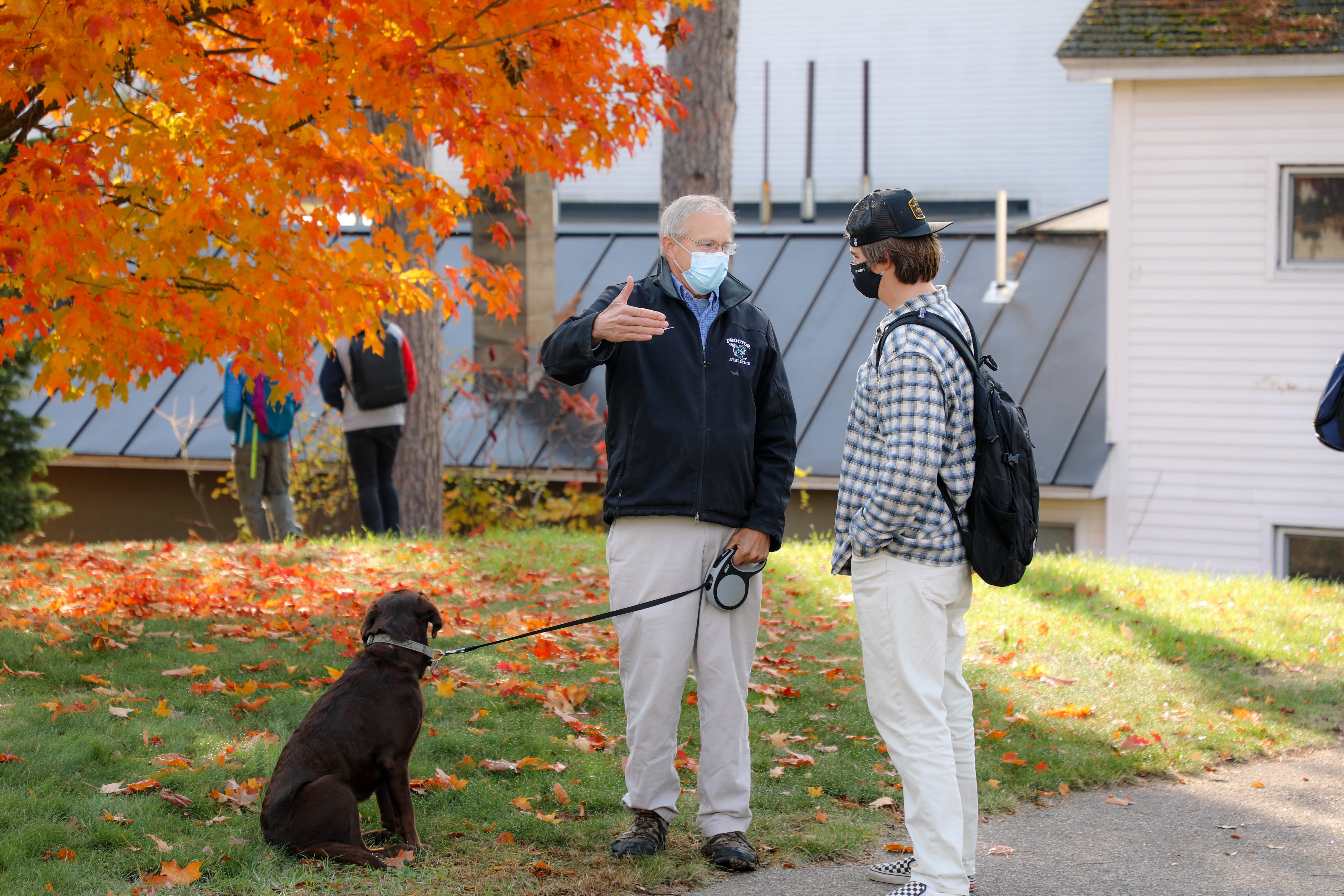 We all have that person in our lives. The one who is our first call when a major life event happens. The one who we can call in the middle of the night without a second thought. The one whose hug is the best medicine. For many of us, our parents or our best friend serve as that person. At Proctor, the advisor doesn’t seek to replace the parent or best friend, but becomes another person for each of our students.

The Journey: Time and Place 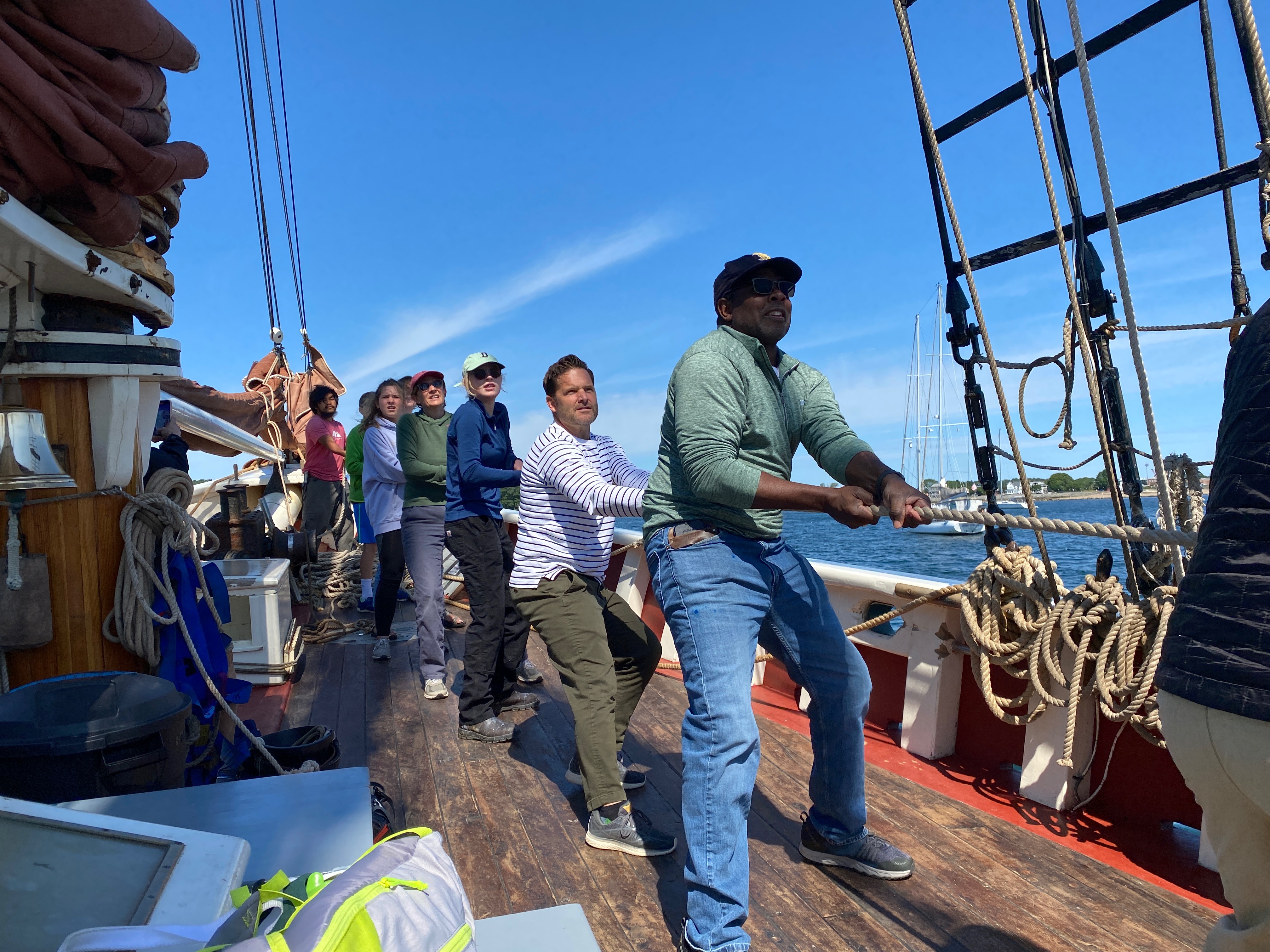 Before stepping onto the Roseway, I gulped down a non-drowsy dramamine, taking a swig from my water bottle so it wouldn’t get stuck in my craw; all of this “off stage” action was completed outside of the last public restrooms at the dock before boarding our vessel for the day. The Roseway is the schooner that our Ocean Classroom students use as their home away from home each fall trimester. On the last Saturday in July, a group of Proctor people and their families were getting an “amuse bouche” - a little taste - of what it was like to voyage on the same open seas that Proctor Ocean classroom students get to behold. 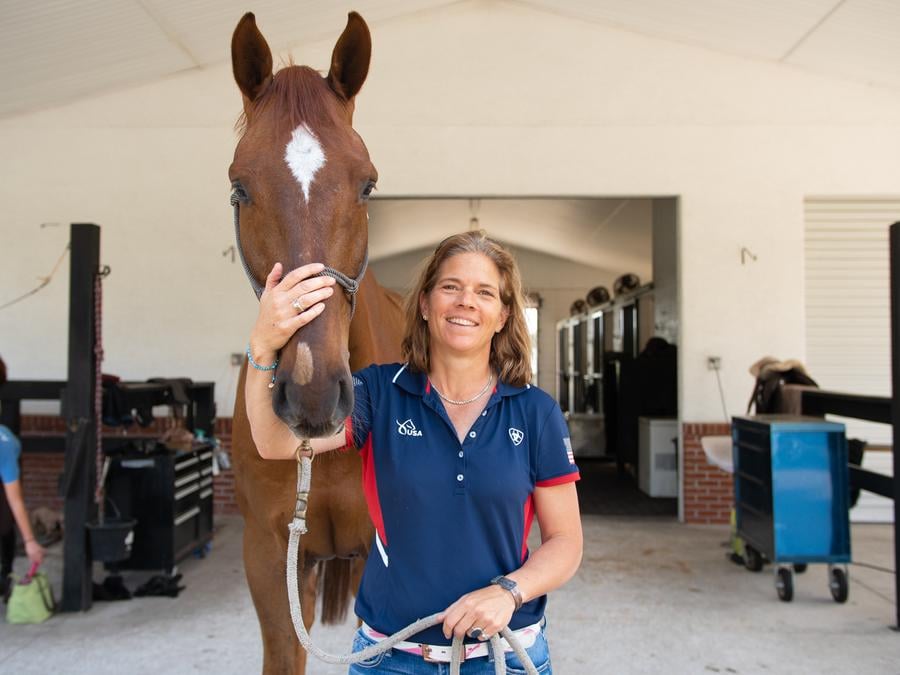 Honoring Our History Through Our Work

Each day, we watch the sunrise over Gannett House and the east end of campus and track across the sky until it sets over the Farrell Field House. These summer days are filled with a balance of planning, meetings, problem solving, fun, and adventure, as well as time to reflect on the trajectory of a school over time and our place in that arc.

Living with a Roommate and Lessons from Dorm Leaders 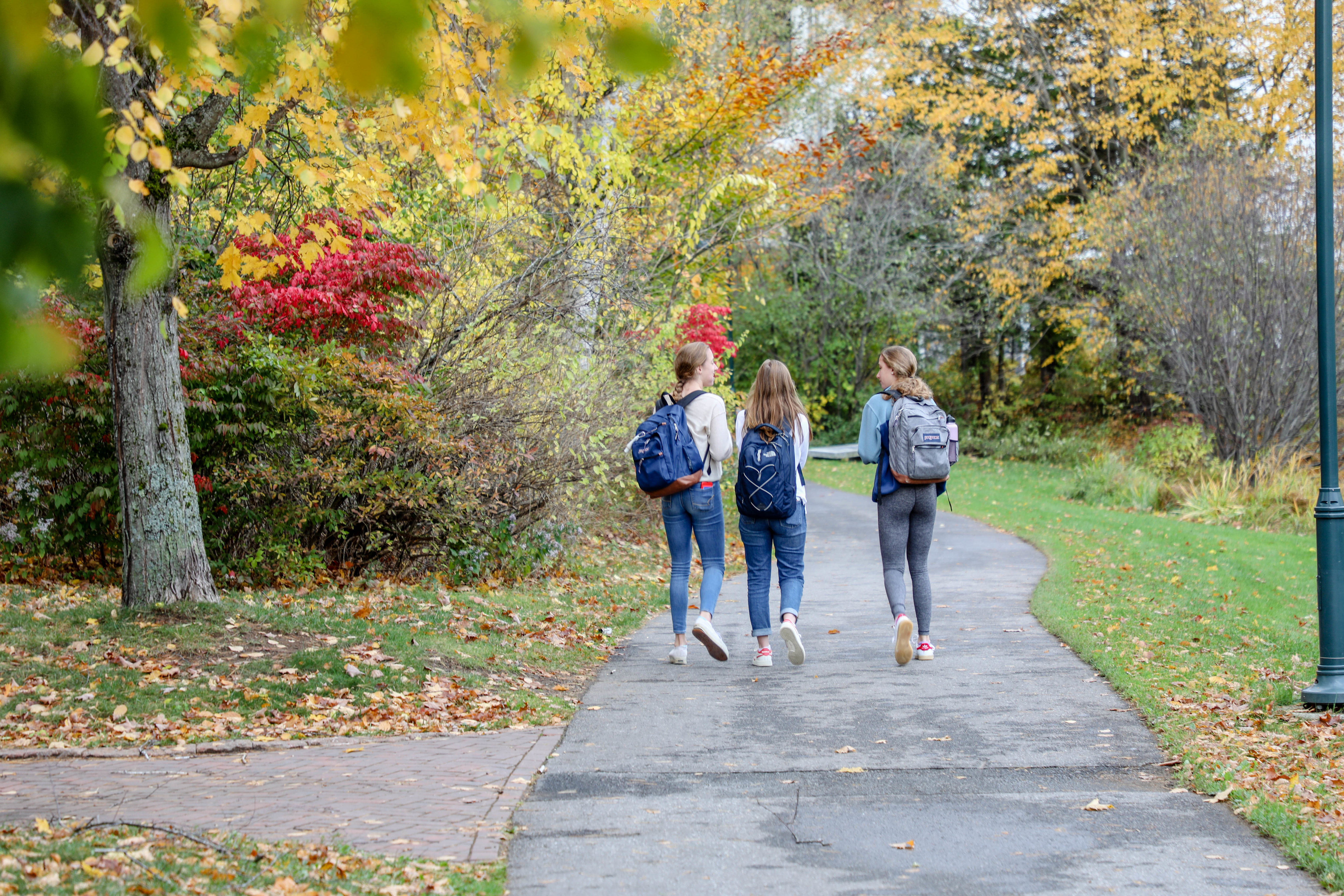 The anticipation of sharing a room with a roommate can be one of the more stressful parts of starting at a new boarding school. Will they snore? Will they be messy? Will they like a different kind of music? What if they like to stay up too late? The answer to these questions may be yes, but we want to reassure each new boarding student that the opportunity for personal growth and formation of deep friendships makes having a roommate one of the most valuable experiences you will have at Proctor. Here are what a few of senior dorm leaders have to say about the benefits of living with a roommate.