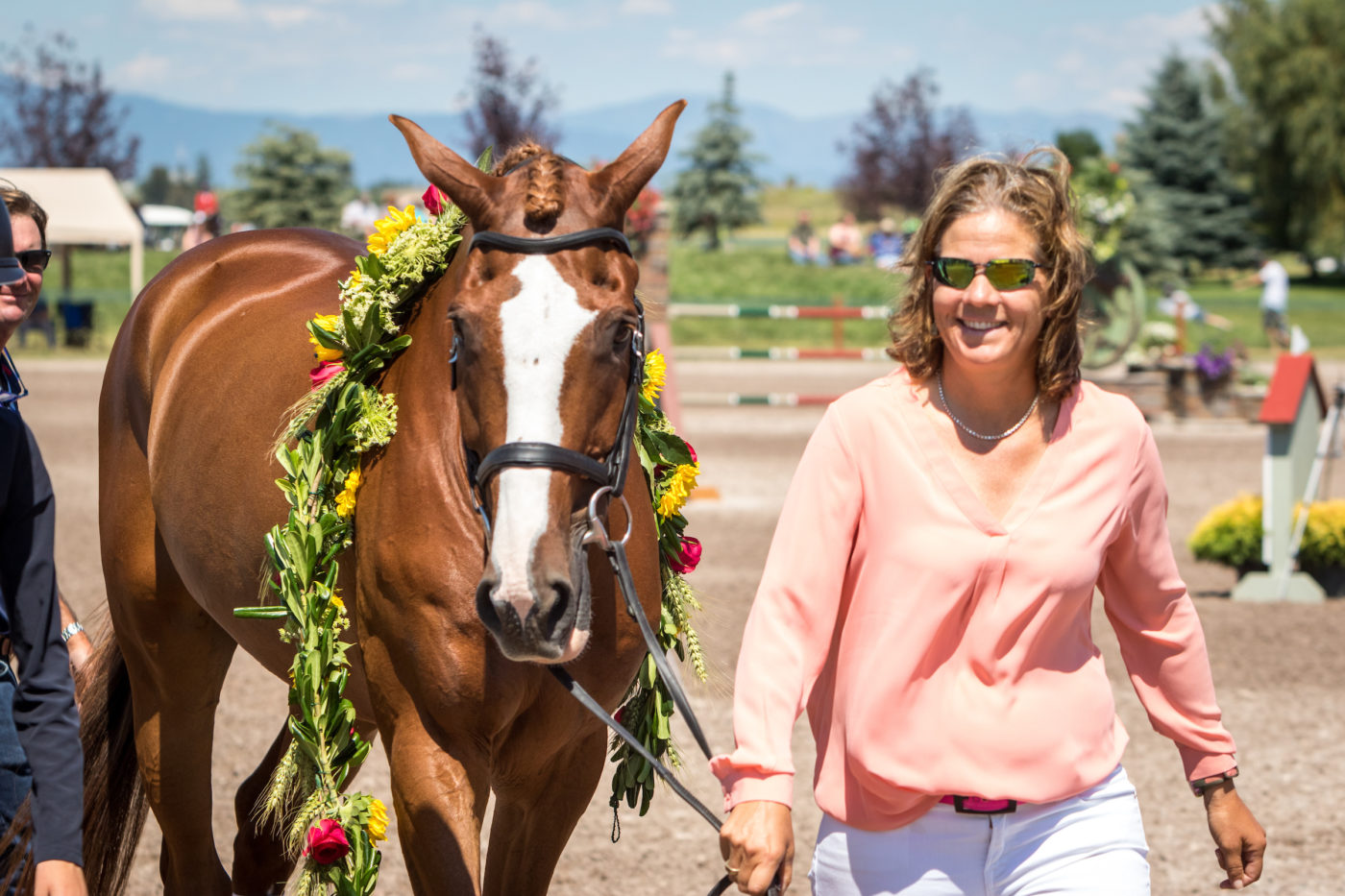 Max Corcoran '90 with Mr. Medicott at his retirement ceremony at the 2018 North American Youth Championships at Rebecca Farm. Redbaystock.com Photo.

From an early age, Max was exposed to riding and the equestrian world in Manchester, Massachusetts. She started fox hunting with Myopia Hunt out of Pine Grove Stables in South Hamilton, Massachusetts, and continued to compete at Novice and Training levels in Eventing throughout her time at Proctor. Max's experience at Proctor was one that many of our students encounter, gaining insights on how she learned through the support of talented educators, forging lifelong friendships with classmates, and having fun competing in multiple sports. 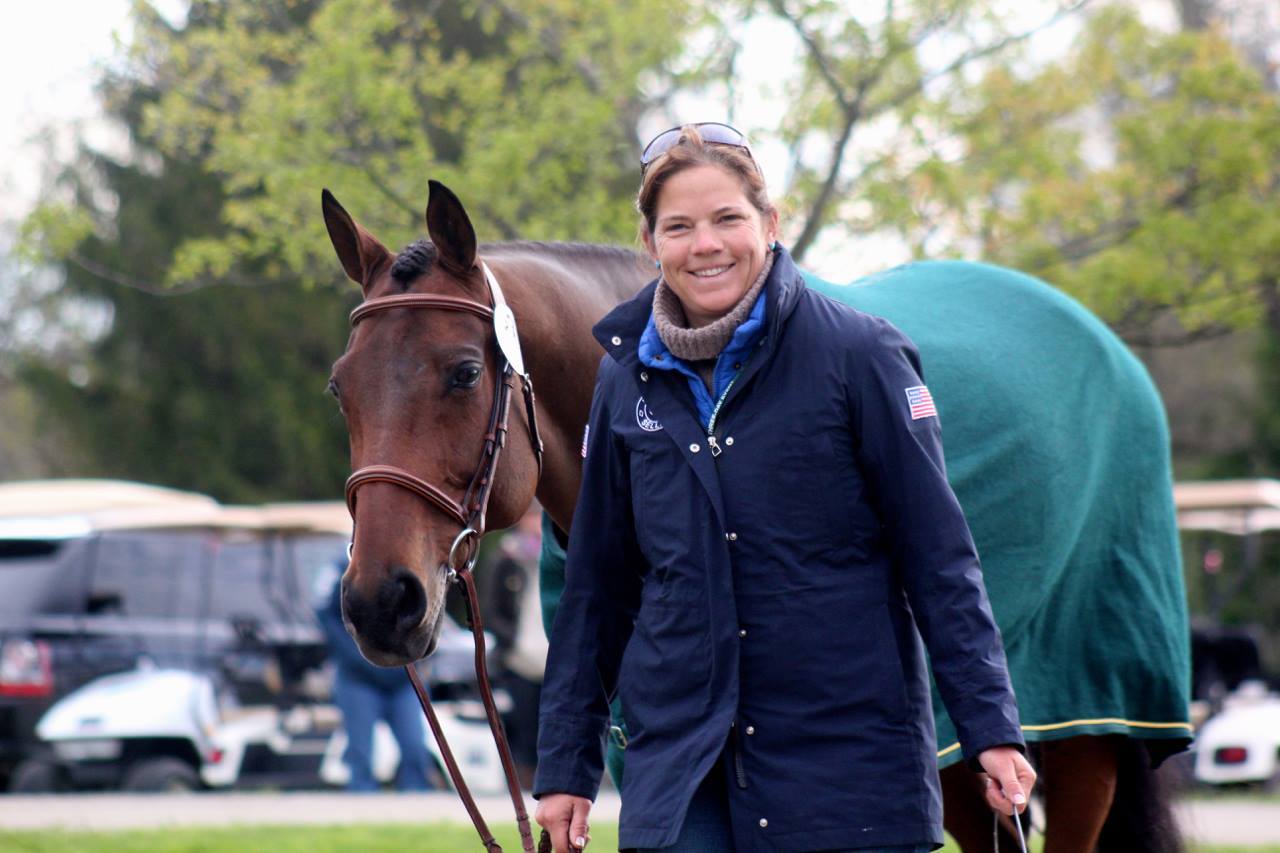 In 2020, Max was inducted into the Proctor Athletic Hall of Fame. Today, she serves as the President of the United States Eventing Association and is one of the most sought-after Groomers in the profession. 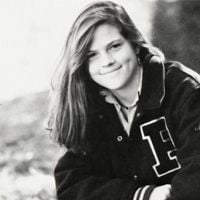 An ongoing series in Eventing Nation asked prominent members of the equestrian world to write letters to their younger selves. Here is a highlight from Max's letter that reinforces the transformative experience Proctor provides. You can read the full letter HERE. "Your high school experience will be ever important – the foundation of your core soul will be created there – not only because of the age that you are during that time but because of the people there who will never give up on you. You will find yourself … it will be a bit blurry at the time, but that is life. It always makes more sense after the fact. The friends you make in high school will remain your friends 30 years later. This is something incredibly rare, so be sure to cherish all of your moments with them." 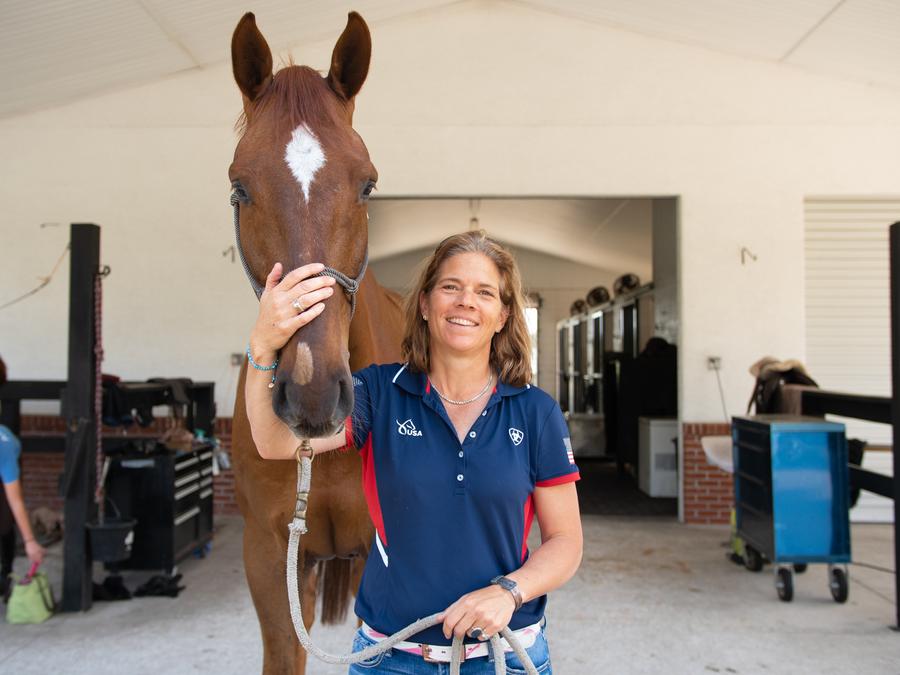