There is no way to sum up our entire Paris experience in just a few sentences. Our fully scheduled history filled days, spur of the moment chocolate viennois and pomme frites to help warm us up, rides on the metro, and a million laughs can’t be recreated. 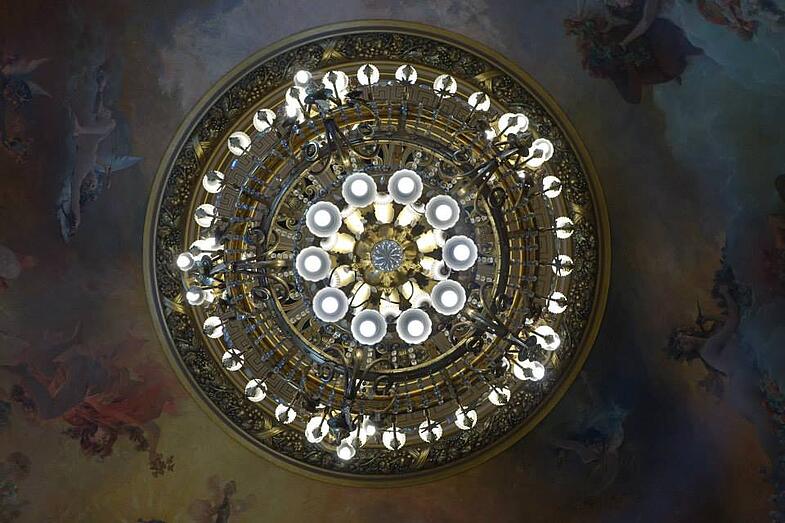 As we stepped off our high speed train into the bustling streets of Paris we were quickly reminded of the fact that we were no longer in our peaceful countryside house in Vauvenargues in the calm valley of Mont. Ste. Victoire. We were now in the capital of France.

We knew we needed to play it safe and use smart travel skills, especially with recent events with the Charlie Hebdo shooting, however, not once did we feel unsafe in the large city. We quickly fell into our new routine for the week and got comfortable in our new setting. 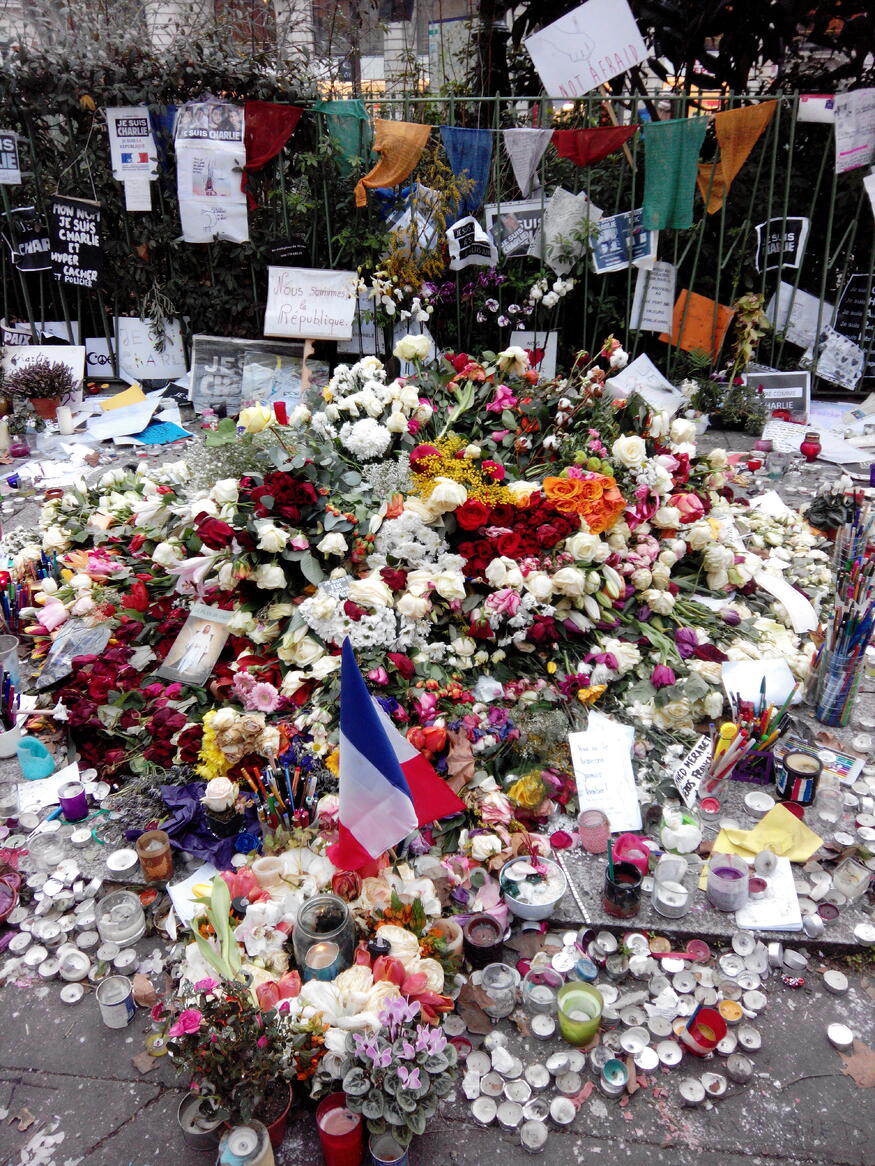 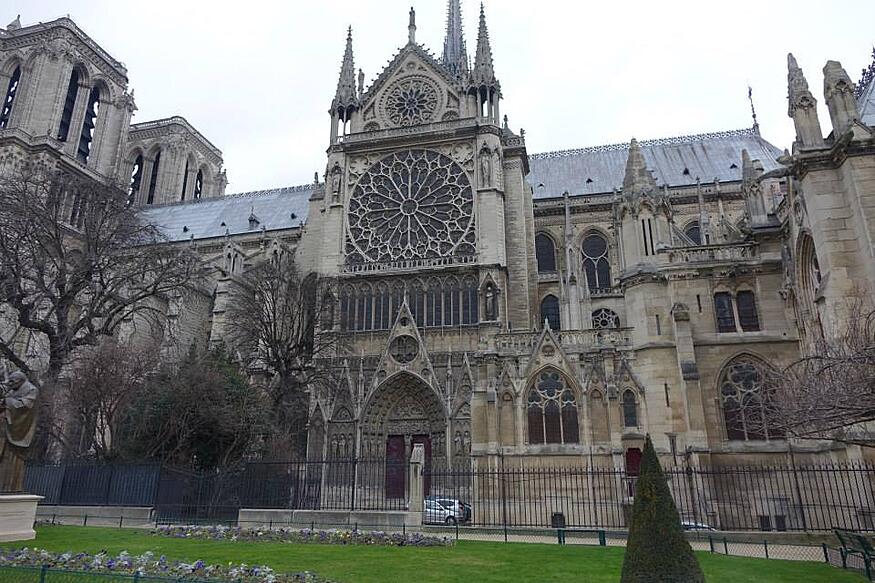 After dropping our bags off at the small hotel we began our long walking tour of Paris, starting with the July Column at the Palace de Bastille. Our tour included three cathedrals, including the most famous of the three, the Notre Dame cathedral which impressed us by its size and age as we walked through the historic site. 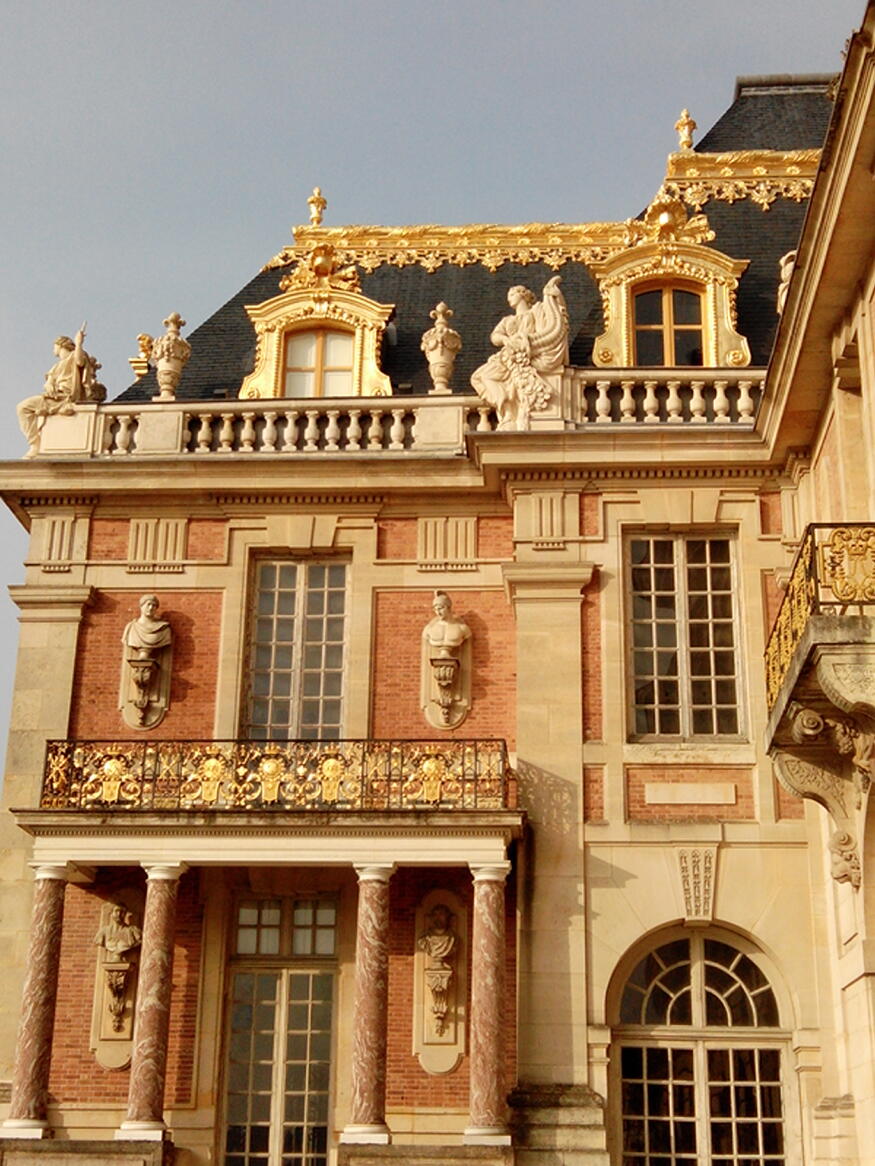 That night we rested our legs and had one of our favorite dinners as a group at a traditional Italian restaurant called Marinara’s and even made friends with the theatrical owner and a waiter who I am sure enjoyed the attention he received from some of the girls in our group. 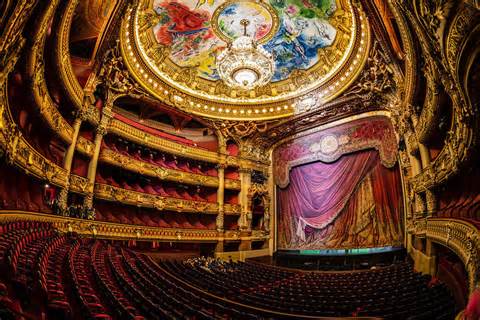 We began our second day in Paris by visiting the Opera National de Paris, an opera house which is home to the Paris Opera Ballet, the oldest national ballet company in the world. We toured the beautiful building leaving enough time to sketch our favorite details in our carnets du voyage feeling the arts all around us. We split into groups and went our separate ways for lunch and met up afterwards to head to the Museé D’Orsay to study the art of some of our favorite impressionist painters and artists.  One of my pre term artists was the Spaniard Joaquin Sorolla, as seen below. 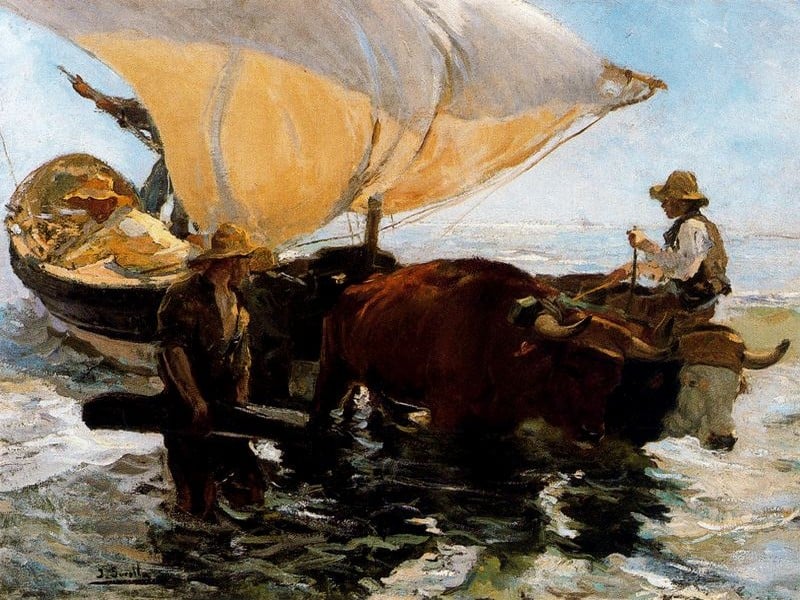 Finishing off the evening we braved the harsh Parisian cold and got our first taste of the city of lights at night time on a river tour boat. Some of us were more brave than others and stayed on the deck long after our fingers and toes went numb.

Wednesday morning we left the busy city to visit what we called “Van Gogh town”, or as Jen and Dave called it Auvers-sur-Oise.  Seeing where he died, where he is buried, and visiting the locations where Vincent Van Gogh stood and painted many of his most famous paintings provided a break from the fast paced city life and reminded me of the excursions we go on when in Aix.

The Auberge where Vincent van Gogh died in 1890.  His room was in the attic under the one small window. 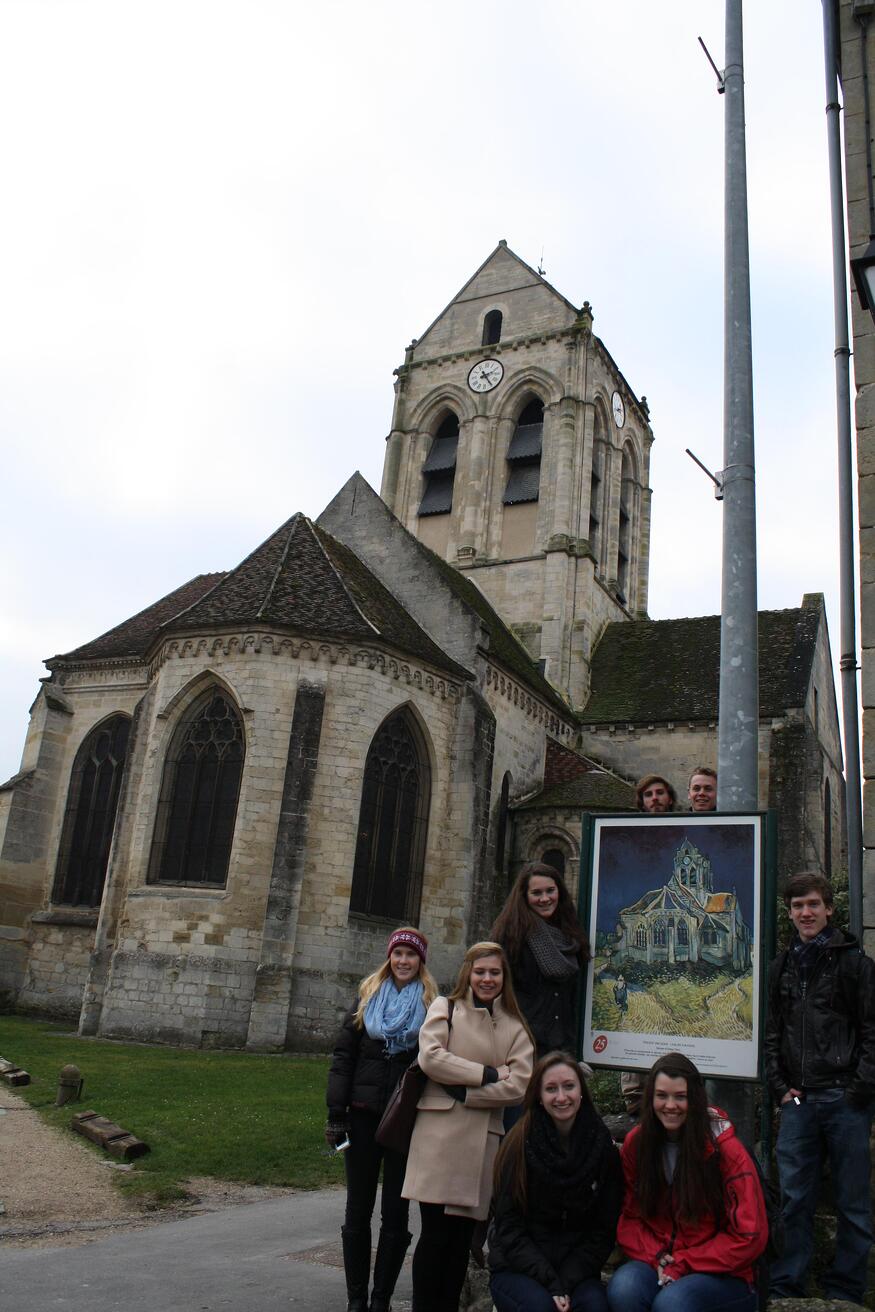 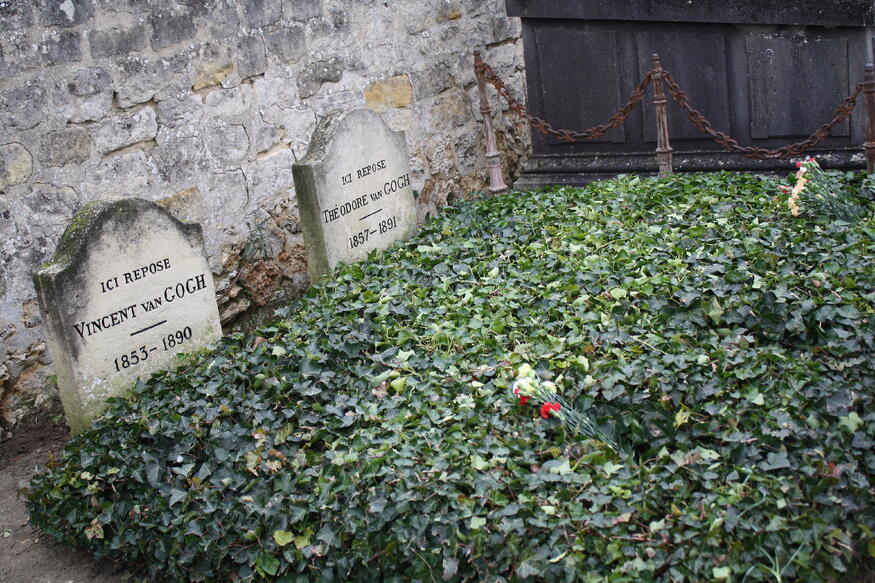 It was a cloudy day, everything felt ominous and cold which added to the dark history of Van Gogh’s death in the wheat field where we now stood. I looked around and felt like I was transformed through time, breathing the same air that Van Gogh once breathed, hearing the seagulls as they circled above us. 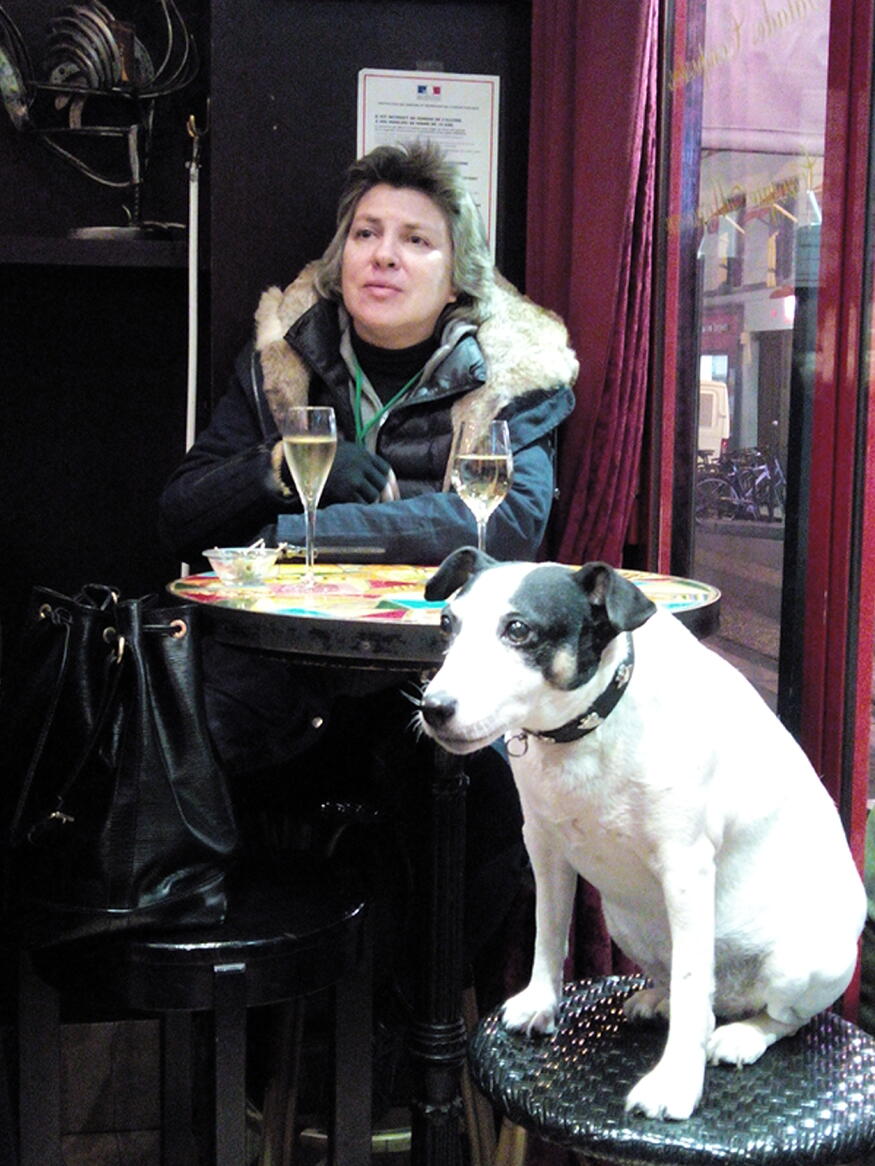 After returning to the heart of Paris we went our separate ways and ate dinner on the Champs-Elysées, even with hundreds of options to chose from each group coincidentally crossed paths in the same Pizza restaurant. After we did some shopping on the bustling street we met at the end in front of the Arc de Triomphe. 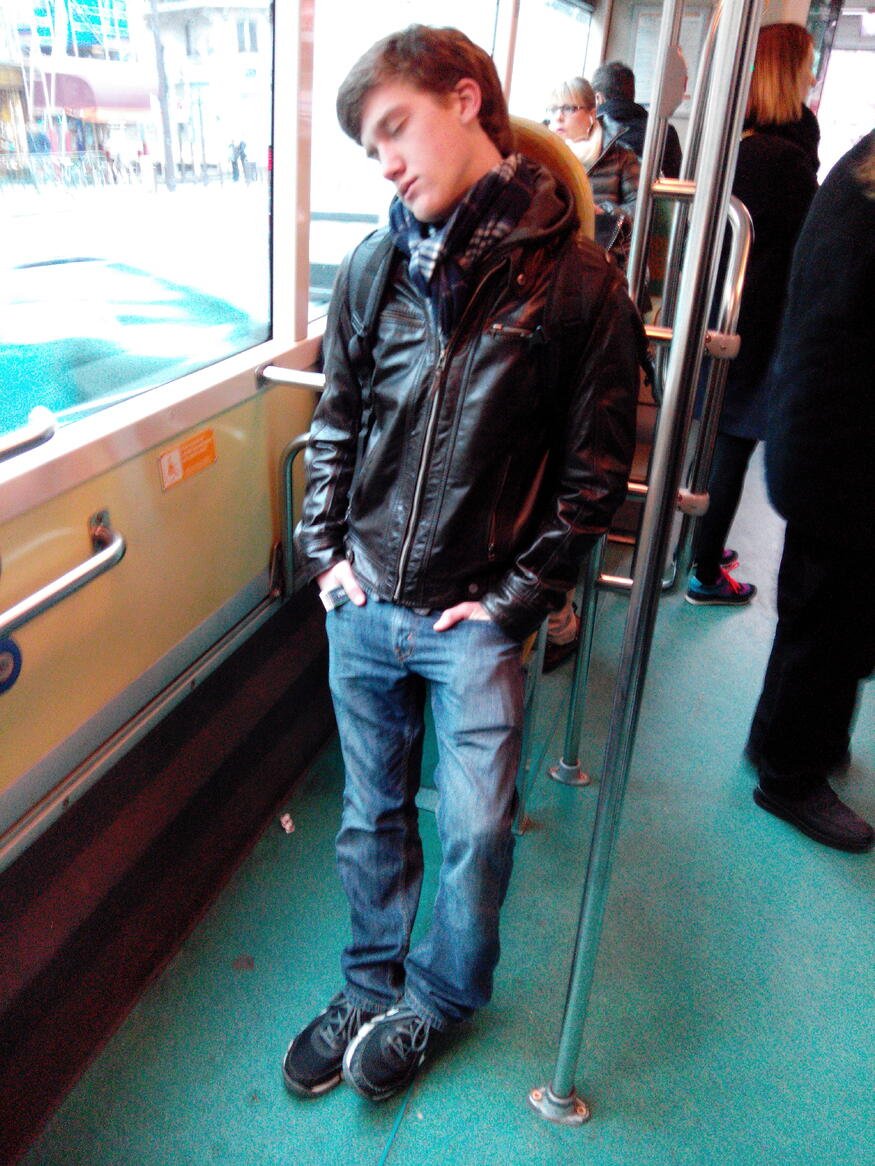 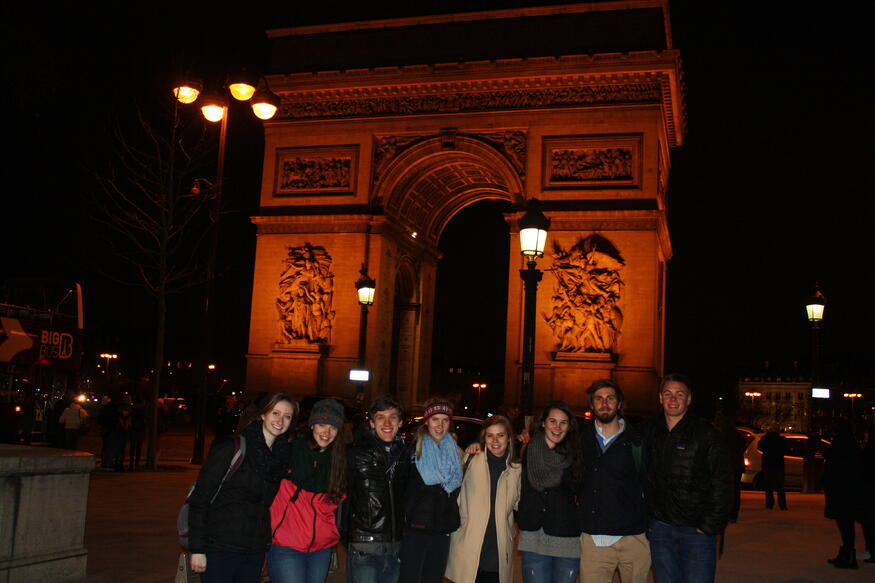 We worked up the strength to begin ascending the over two hundred steps of the arc and we were not disappointed by the view we saw once we reached the top. The city of lights poured out around us down Champs-Elysées to the ferris wheel, over to the Eiffel Tower, and all the way to the horizon line. We braved the wind and cold once more and waited until the top of the hour to see the Eiffel Tower turn on its five minutes of twinkling lights before descending the endless staircase. 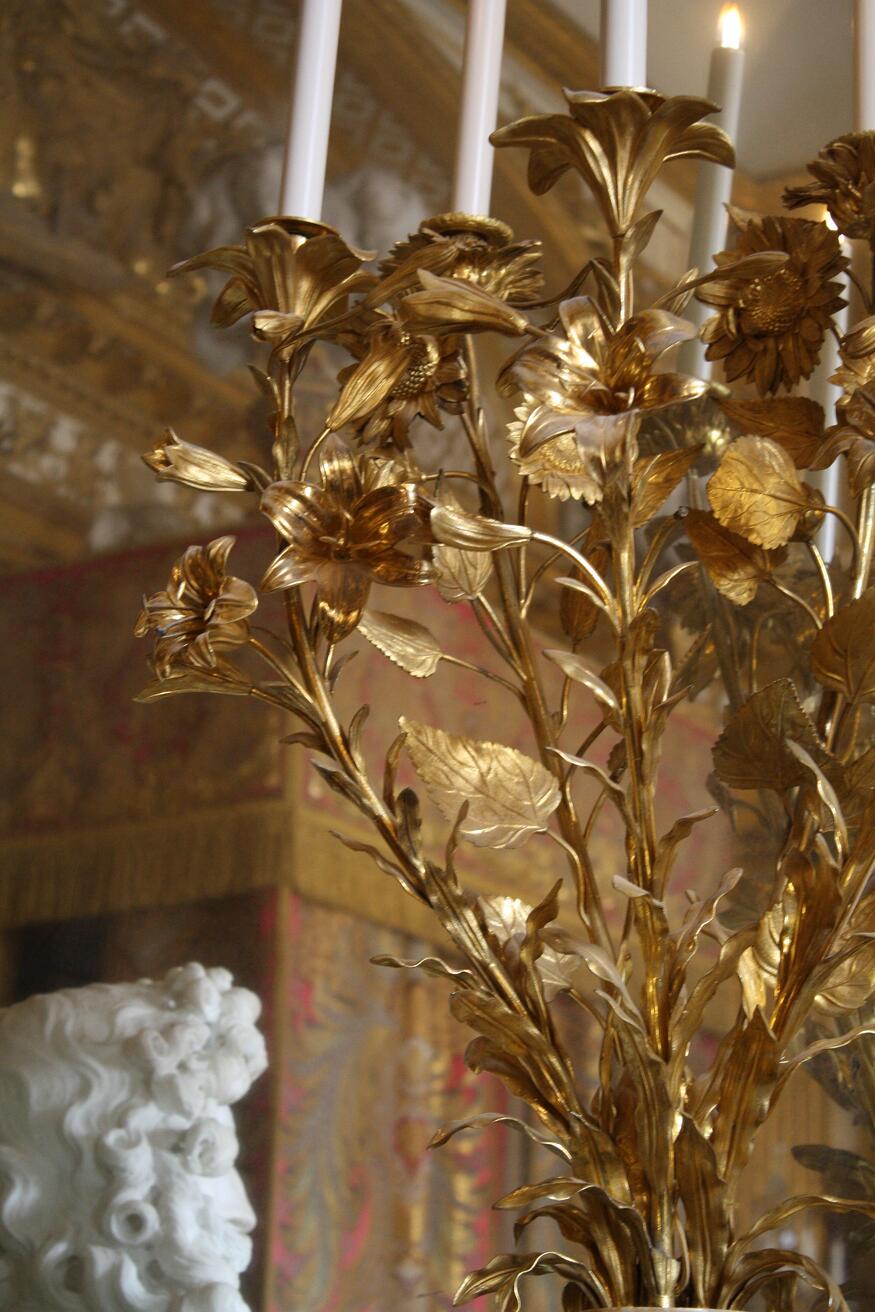 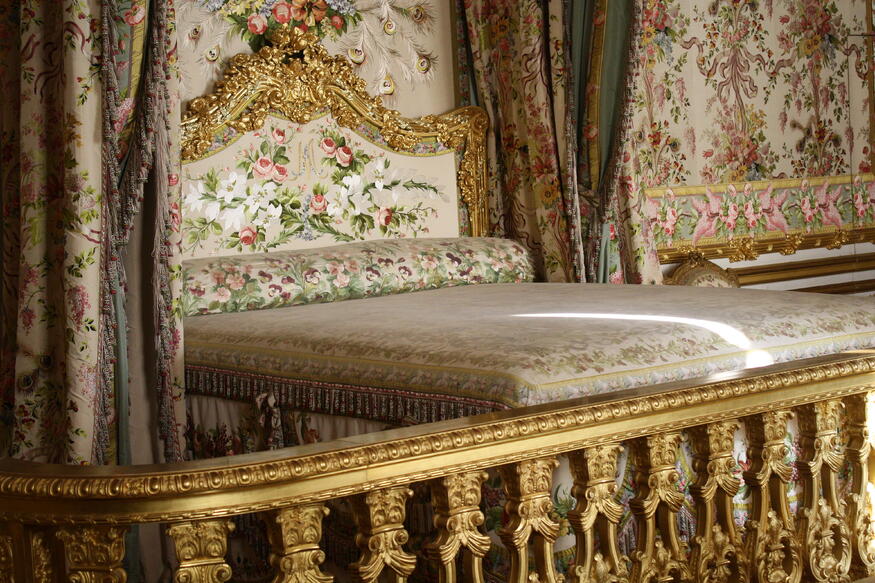 The next morning we woke up and again had our traditional french breakfast of croissants and our choice of café, chocolat chaud, and or tea at the hotel. We set off to the Chateau de Versailles and connected our knowledge from the movie Marie Antoinette from our movie night back in Aix to the sights we saw. Walking through just a small fraction of the massive castle, we saw a vast amount of furniture, decorations, chandeliers, flowers, gold, mirrors, and tourists. 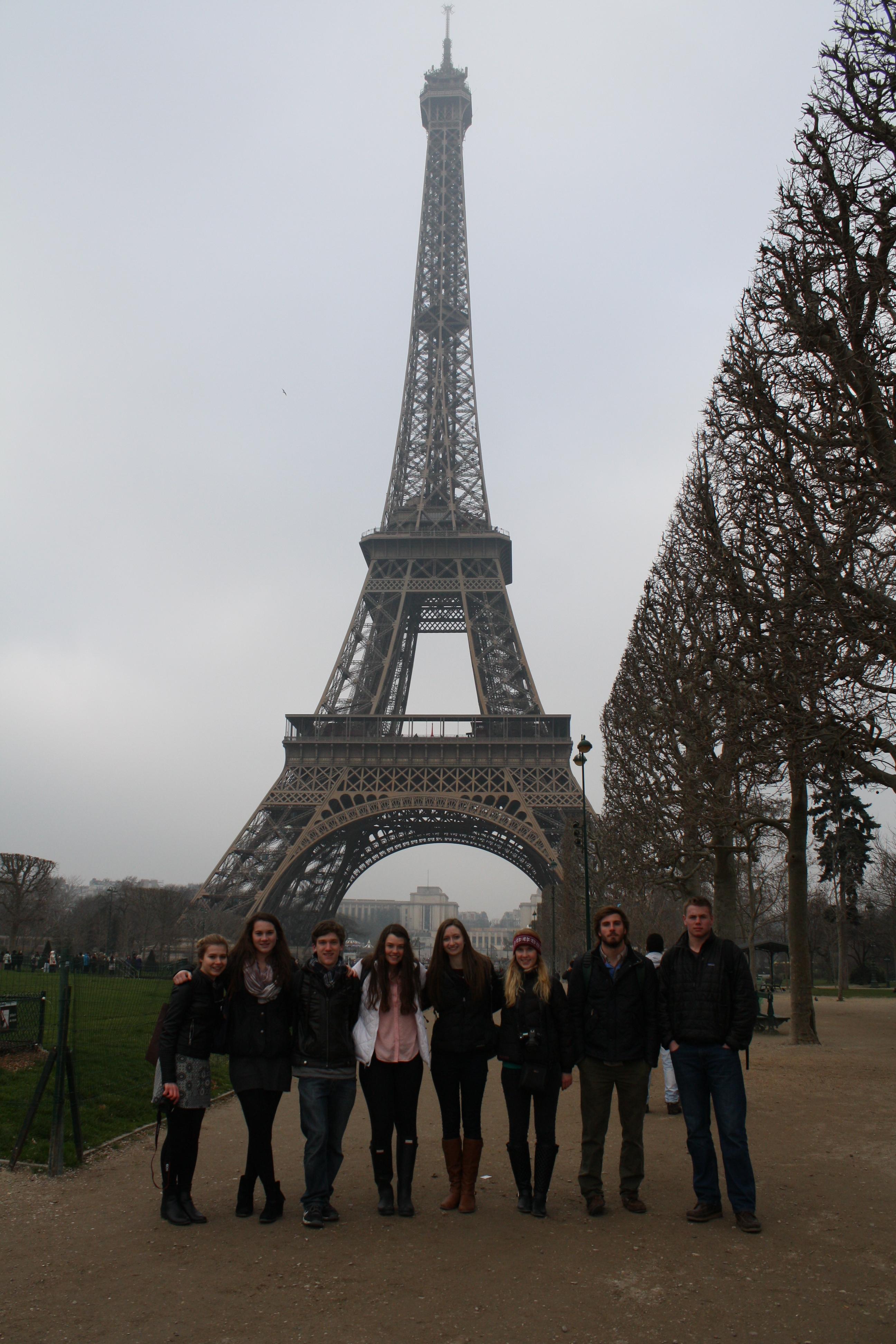 After the chateau we took our turn at being just a titch like stereotypical tourists and we took a quick trip to the base of the Eiffel tower for some group pictures. We finished off Thursday with a special dinner at the Chartiers restauant, a fun loving place with fancy food but a relaxed atmosphere. 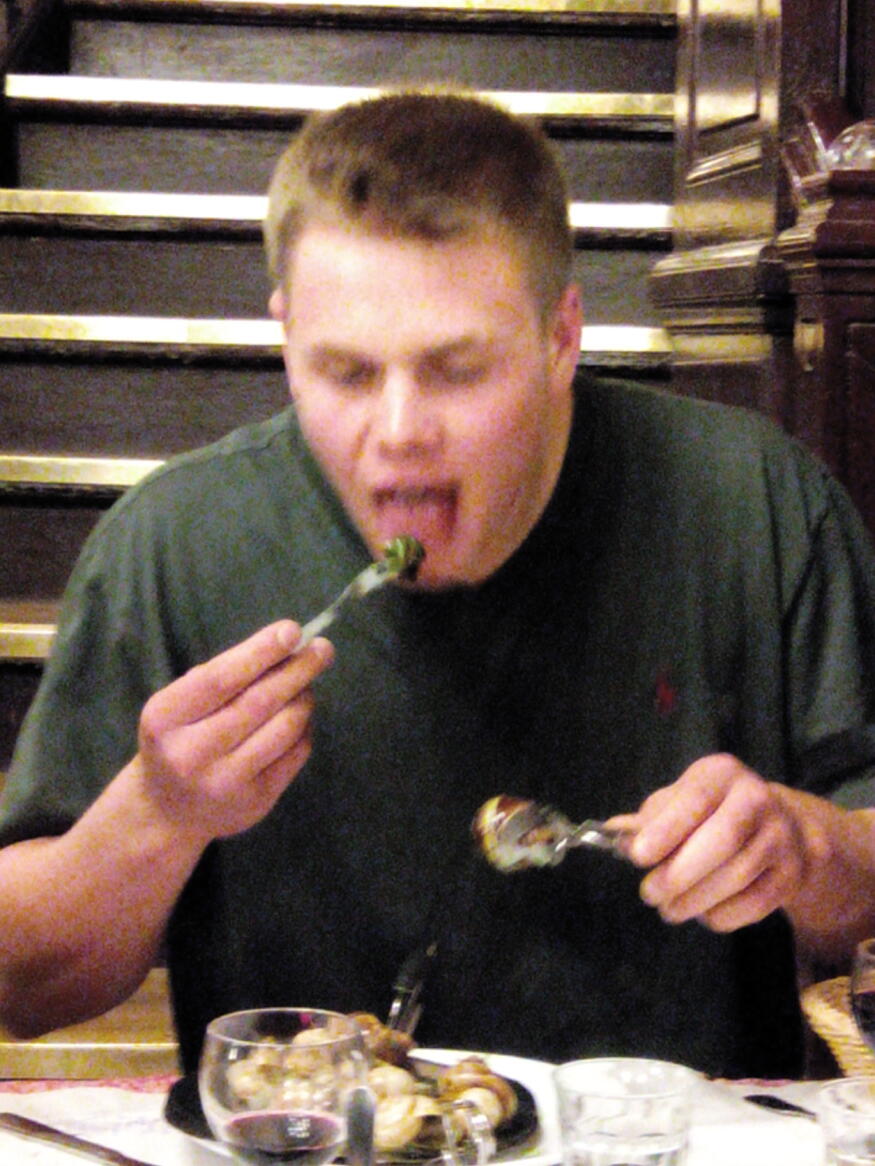 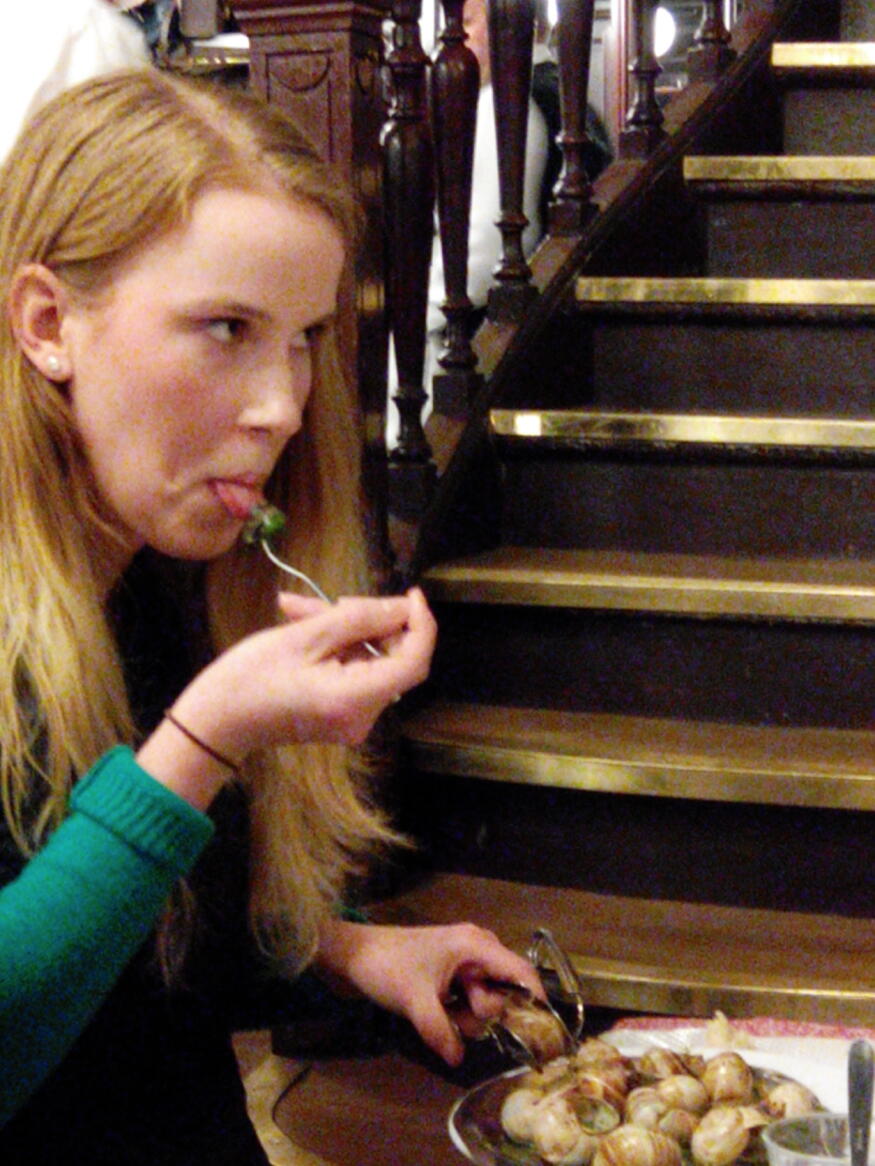 This is where we left our comfort zone behind and tried traditional French cuisine like escargot, and goose pate. I personally only tried my luck with the snail, making the table erupt with laughter after seeing my reaction to the chewy creature. 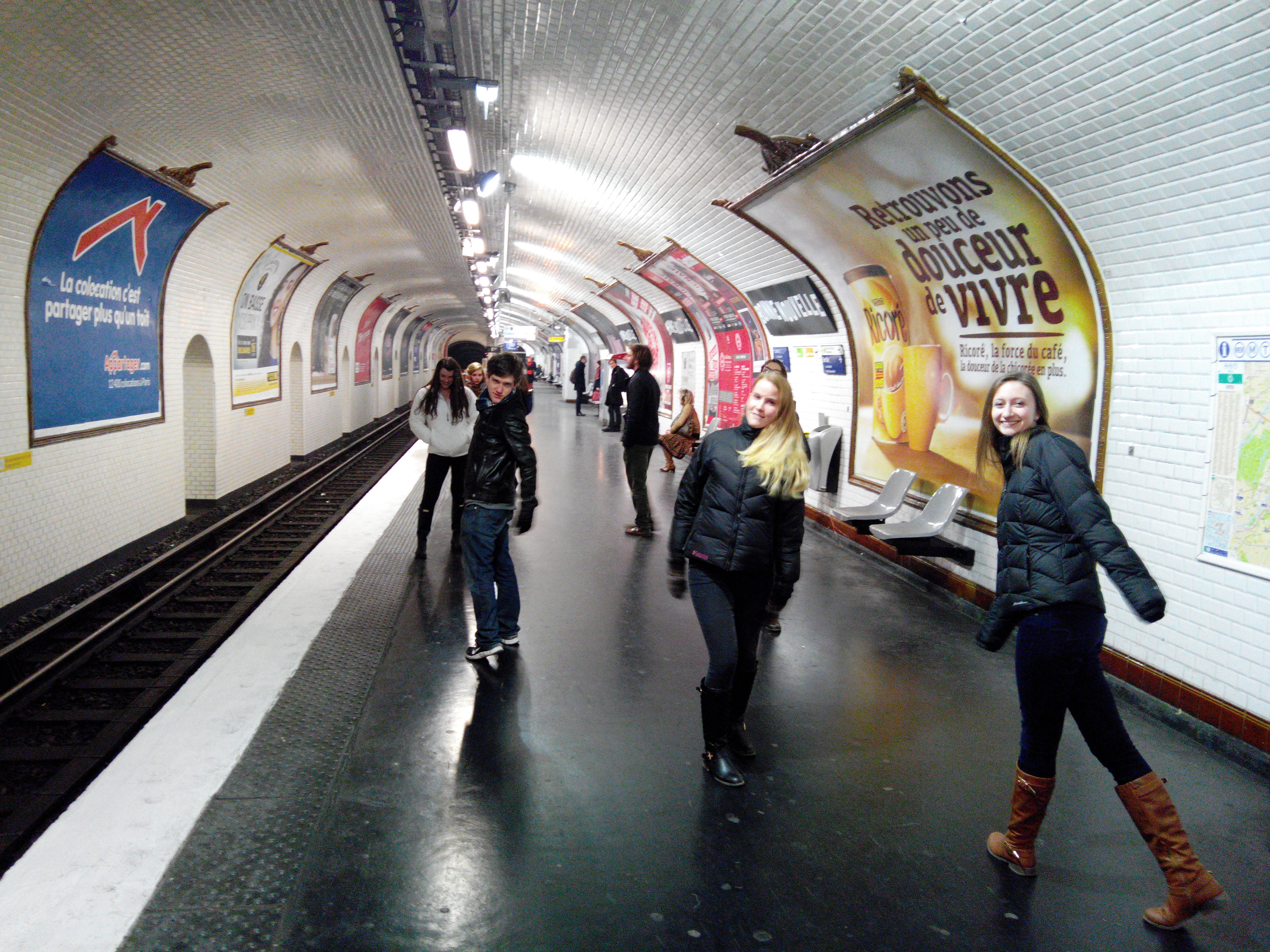 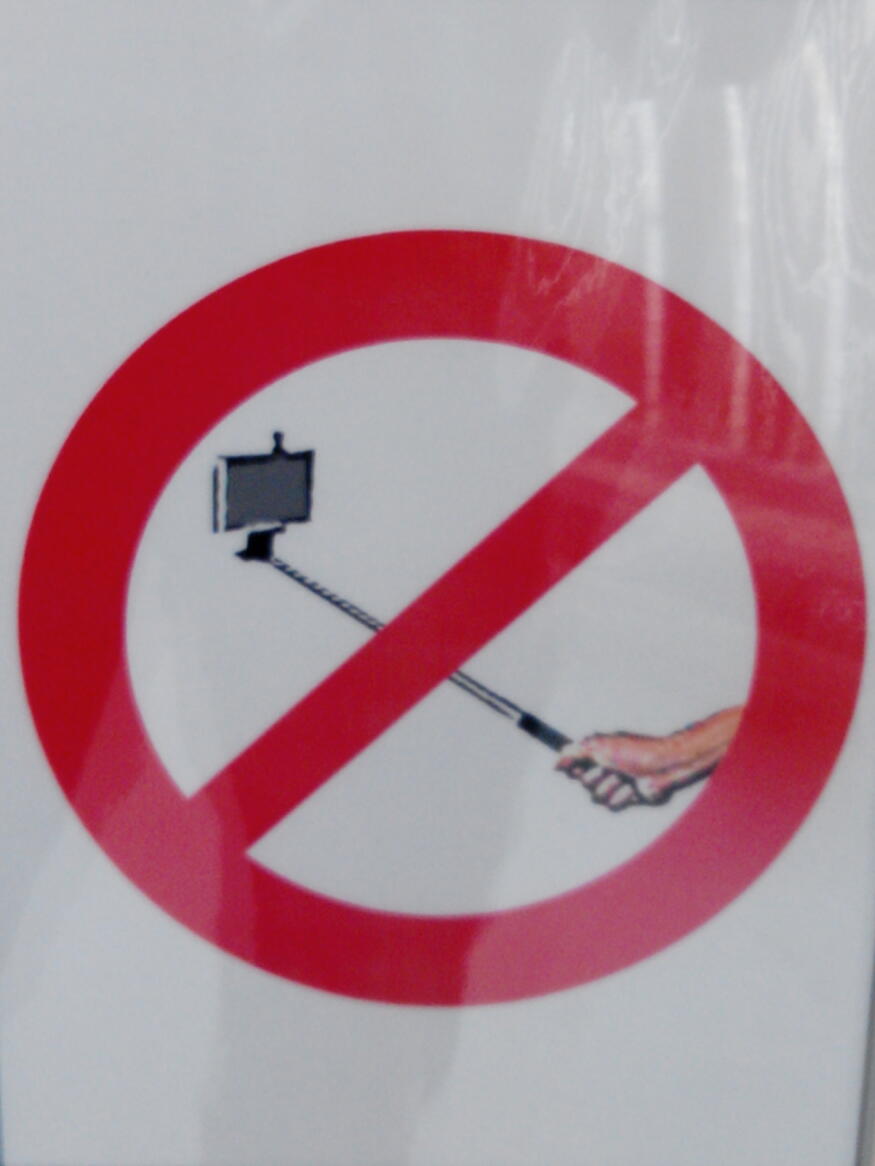 Friday came all too fast and as we left the hotel for the second to last time to visit the Louvre we knew we would need to soon say goodbye to this city. We didn’t let the large crowds get in our way at the Louvre and after standing in line for about an hour we began our tour of the most famous museum in the world.

Soon after our day at the Louvre we were on the train heading home with the lights of the city behind us. Saturday and Sunday have been used as relaxation days to get caught up on work, art, and uploading our pictures. As I took a break from writing this blog earlier I set up my easel and canvas outside to capture the light on the mountain behind our house. It is such a privilege to have the time to pursue our own art in such a beautiful setting like this one, listening to the birds and breathing in the warm air. After a fun and fast paced excursion to the capital it was nice to sit back and relax in our own provincial sunshine.

Watch our art evolve as the term goes on: