A fickle New Hampshire winter grips us. Rain this week, record December and January warmth, tendrils of snow instead of banks – these are not promising signs. Global warming? El Nino? Pinning the blame doesn’t lift spirits of the powder hounds. We know it’s bad when the Weather Channel’s “mixed precipitation” forecasts look…well…promising. 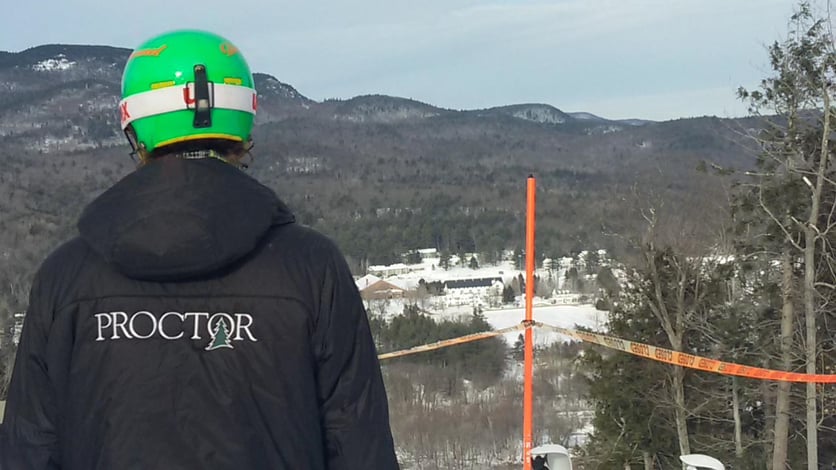 What does lift spirits in a school that skis, is skiing. Training gates, running Nordic trails, jumping - the thrill of gravity’s ride on a blue-sky day. But in the midst of an anemic winter like this one, where does one turn in New England? If you are at Proctor, you turn down the Proctor Ski Area’s muddy driveway and pull into the parking lot. Check out the new solar panels as you pull in, then look up to see the alpine team running a slalom course, the Andover Outing Club jumping off the 38, the Nordic teams skating homologated trails. The snow is deep, even after all the rain, and the surface is impeccably groomed. Always. Sometimes it is like passing through a magic doorway, begging the question: what pixie dust created this?

This week alone there have been more than a dozen different programs at the facility, in addition to the UNH Nordic team using the Bill Paine trails for training. Last week there were members of the US Ski Team (Nolan Kasper and AJ Ginnis) training on the same afternoon that Nick Fairall '07, participant in the Sochi Olympics, passed through to offer words of advice to up-and-coming jumpers. The U.S. Team coach, Josh Applegate, took it all in and shook his head after an afternoon on the hill and said words to the effect, “The alpine hill conditions are incredible, you’ve got Nordic skiers all over the place, and ski jumpers…it’s unbelievable.”

We like to think of our little area as having a big attitude. 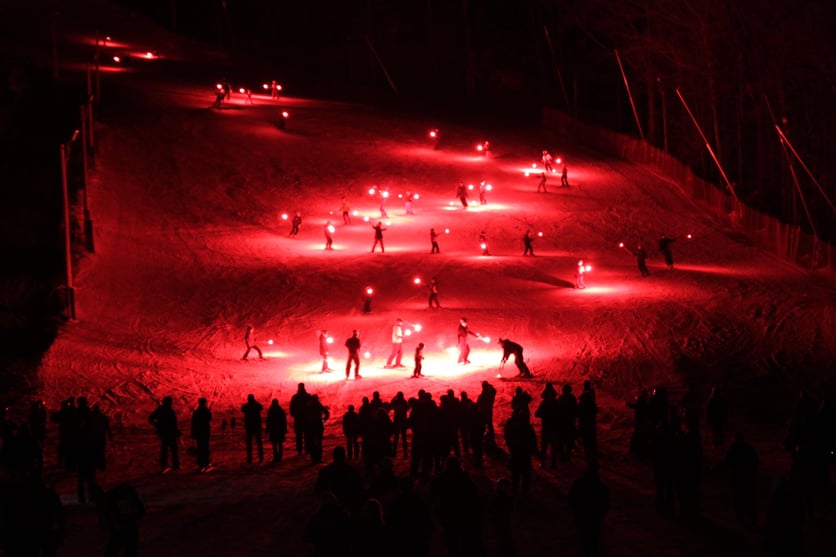 This weekend, we will pause on Saturday to invite the community to gather for an afternoon of skiing, a torchlight parade, good food, and an opportunity to recognize all those who have made this little pocket of winter happen: Garry George and his snowmaking and grooming crew, the coaches, HKD snowmaking, the families, the trustees, the athletes, and ski patrol. Snow magic doesn’t happen without vision, investment, hard work, and belief that what is built serves not only the Proctor community but also the greater communities of snow sports. 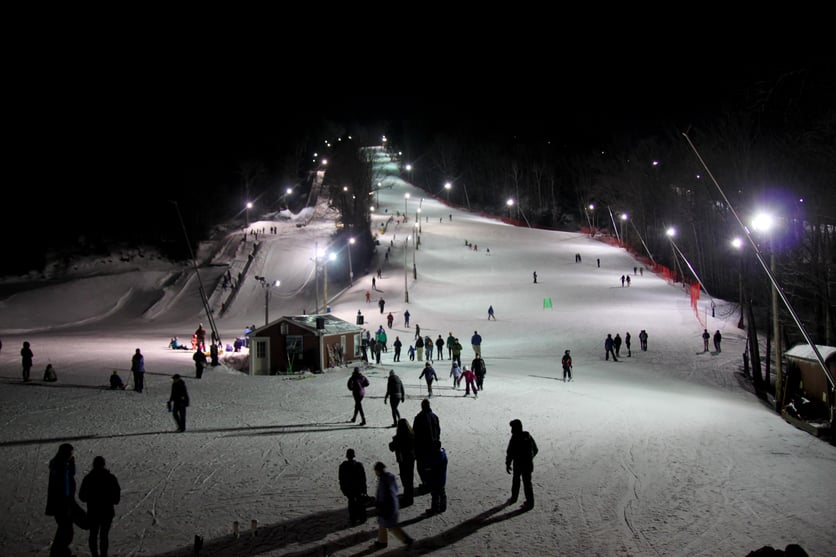 Got snow? Proctor does!