Mike's Notes: 3% Lessons and a Letter to Spring

In this time of everything-always-now, of streaming content and the new next, it can be remarkably centering to step into a sugar house in March where there is fire, sap, and patience - an antidote for the age of hurry. The sugar maples and the weather conspire to pick the timing of the season, and however much you want that first thimble of syrup to come out of the evaporator, there’s no hurrying the process. You are not in control. There’s no overnight shipping. No Prime. You move in the rhythm of the season or do without. 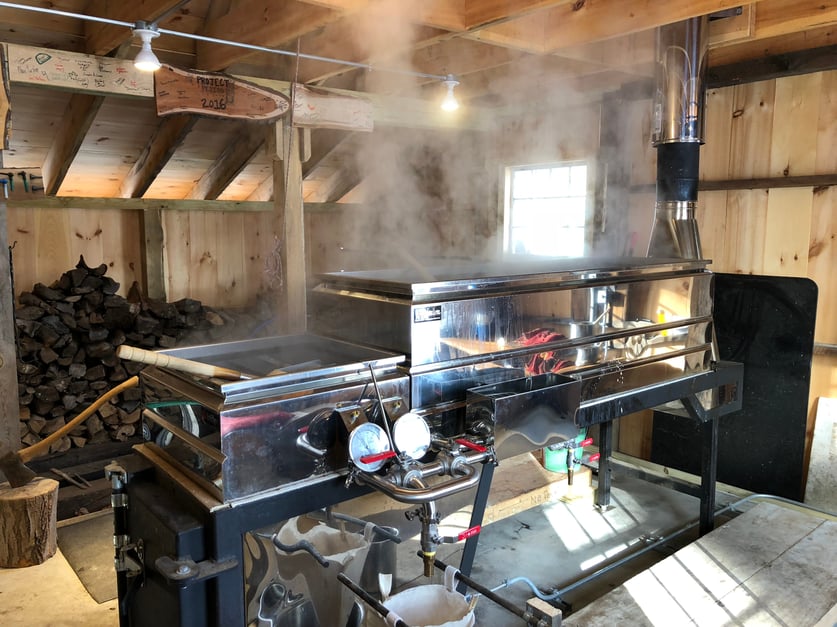 This is Project Period week on campus, our foray into a Spring Term when students return on Tuesday, then scatter with faculty for the rest of the week. They are in Gettysburg, Boston, Provincetown, northern Maine, and in Andover. They are touring battlefields, making quilts, cooking, sugaring, sculpting concrete, dog sledding, and backcountry skiing. Everything they do this week aligns with the experiential tenet in our mission, and while on the one hand it is a messy, logistical nightmare of a week, on the other it frequently yields some of the best Proctor memories and life lessons. 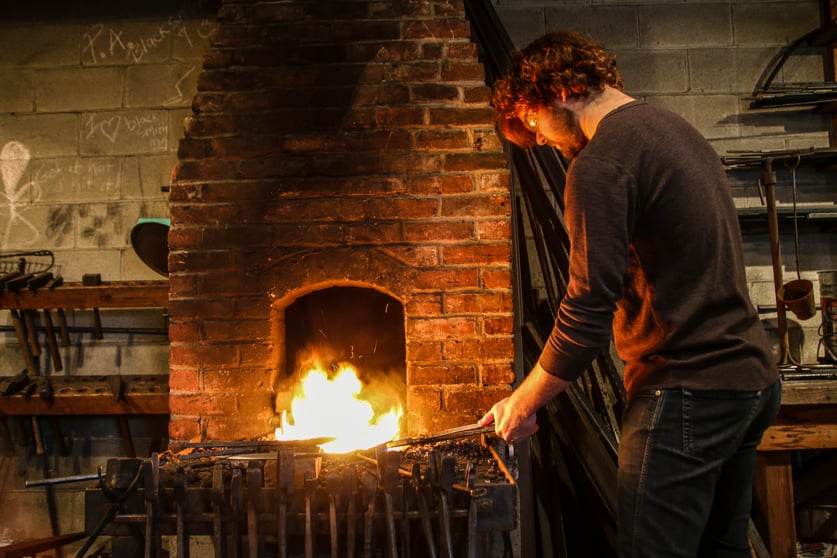 The 3% lesson. Yesterday, when Dave Pilla handed over the gauge that measures the sugar content in sap he says, “Three percent? That’s good.”  That’s enough to be able to taste it in a dipper raised in a collecting bucket, and it’s also enough to remind you that you don’t get from 3% to Grade A without envisioning the possible. 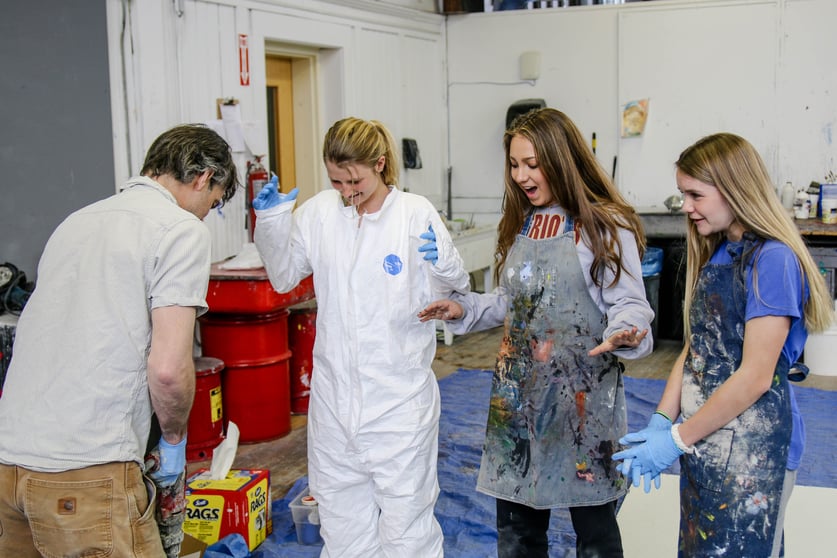 Life lesson #1: Getting from here to there requires vision. Next step? The evaporator doesn’t run without wood, split and stacked the year before. There are trees to tap, buckets to hang, tubing to run, collecting tanks to place, filters to wash, jugs to order - a year of preparation for a season that can last just weeks. 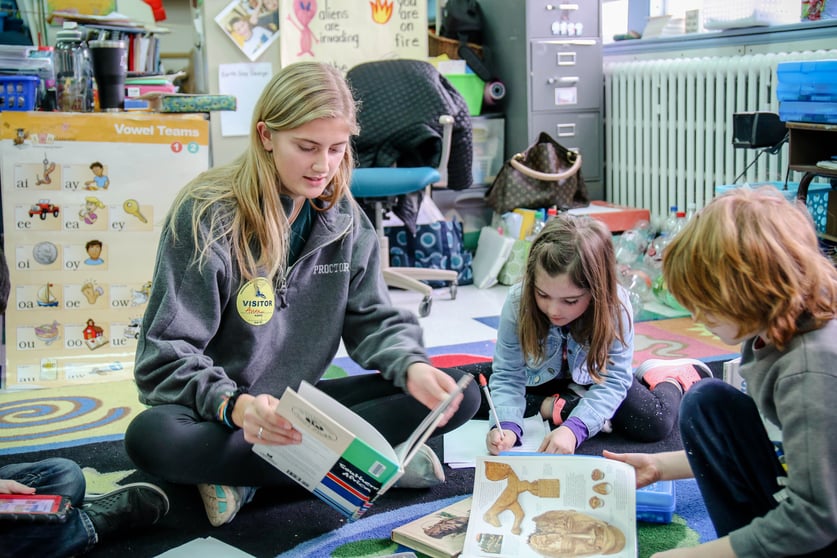 Life lesson #2: Lay the foundation. And finally, sugar season can be fickle, stopping and starting with a few degrees freezing a collecting line or a windy day shutting the trees down. A moose might rip through tubing lines. Spring thaw and flood might prevent getting to a collecting tank. 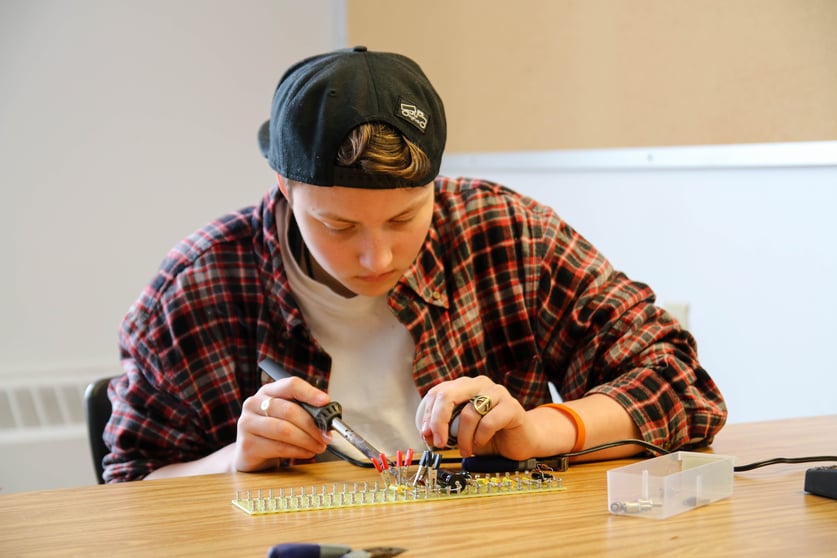 Life lesson #3: Nothing is certain. It’s not just about the sugar house romance, and yet it’s all about the sugar house romance. Years ago when I was a student I hauled buckets, stacked a firebox, and stood, shuffling and waiting in front of an evaporator in a sugarhouse that still operates a few miles away from campus. The steam billowed, the evaporator hissed in its boil.  A thimble of syrup was handed to me and I lifted it, tasting syrup for the first time, real syrup, and all those different pieces clicked, the mechanisms of the world coming together and transparent in that moment, transportable through time. That’s what a Project Period experience can do. 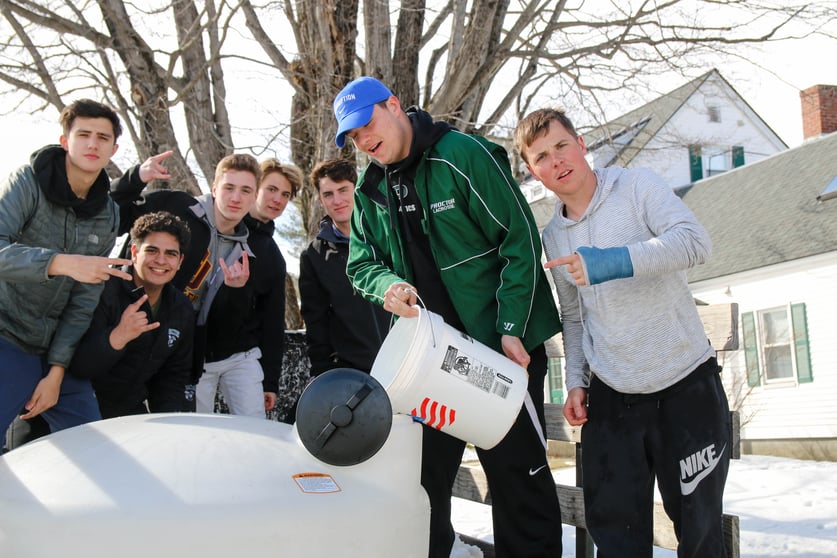 Lesson #4 from the 3% lessons: The memories matter.