On April 29th, 2015, the Baltimore Orioles played the Chicago White Sox. Ubaldo Jimenez was pitching for the Orioles, who would go on to win the game by a score of 8-2. The April day was perfect - blue sky, crisp air. It was an historic game, a strange game. There had been looting around Camden Yard, unrest in the city, and for the safety of the fans, the game was played in an empty stadium. It may be the only game played under such conditions. And it relates, of course, to Fall Family Weekend. Naturally.

Earlier this week, the Red Sox closed out their season with a final loss. After the game David Ortiz took his final walk out to the mound, slowly pivoted in a circle, his hat tipped. The Fenway faithful roared. With that turn, the memories for legions of fans around New England were loosed, all those moments from his 14 years hummed in the background. Magical. The specifics of a ball strike count in a specific game might fade, the opposing pitcher forgotten, but David Ortiz had a way of generating expectation, of creating that electric moment: something’s gonna happen. And it did. At least enough times to make him iconic and beloved.

That game in Baltimore went 9 innings, and was baseball in its purest form, but it wasn’t a complete game. Yes, it was broadcast, yes there were people watching on television, but without the rustle of applause, the chants and cheers, the spilled popcorn, the hotdog wrappers scuttling like crabs under the seats, without the fans in the stadium it was less than whole. No matter how old, how young, how delirious or how reserved, fans matter. They complete the game.

In this week, when David Ortiz clapped his hands and swung his bat for the last time for the Red Sox, it has been the fans as much as the player to consider. Sure, fans don’t swing the bat, make the play, or strike out, but every player knows the role of fans in completing the game. In the series with Cleveland, both stadiums rocked. Ballparks shuddered. The trumpeted cheers rose into the October evening skies, dispersing somewhere high in the jet stream. Every player – certainly at the MLB level – has enormous intrinsic drive to elevate the level of the game. It’s the game itself, not the money or the fame, and always the cheering or cajoling fans that complete the game. 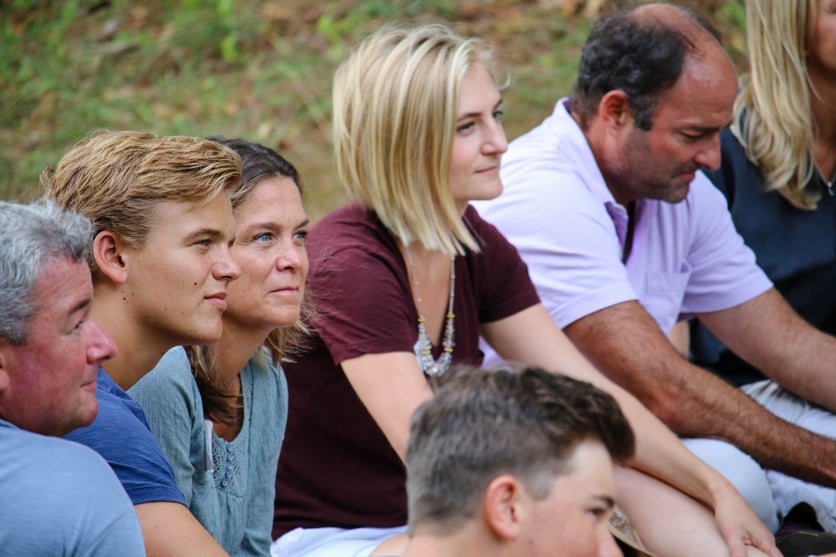 Just like a ball player, no student goes through learning in a vacuum or they play in an empty stadium. They can’t. Even the most focused, confident, self-possessed student – and most aren’t at this age – needs to play in a filled stadium. They are trying to find an intrinsic love of the game, their game, even as they are trying to manage the din of the crowds. It’s a delicate time. They need coaching. They need to be pushed. They will make mistakes. They can’t silence the voices they hear in the stands. They know, as we know, that no player or team rides to the World Series on a chorus of boos. They need the cheers.

Ortiz knows this. We know this. As we move into Fall Family Weekend, I am thinking of October baseball, stadiums filled, and what that reveals about the context needed to complete learning.