The Road to Character – not a novel – has a chapter on struggle and Doris Day’s life journey towards faith. A couple of sentences caught my attention and I’ve been rolling them over, particularly in light of last night’s stunning project presentations from various classes highlighting the hard work that goes on in the arts, in robotics, in psychology, and in social entrepreneurship classes. Fewer people today see artists as oracles and novels as a form of revelation. The cognitive sciences have replaced literature as the way many people attempt to understand their own minds. What? The novel and art dismissed by the cognitive sciences? No more fictional worlds explored, no more self-understanding deepened through characters? The arts unnecessary? Should the dismantling of English Departments begin tomorrow? 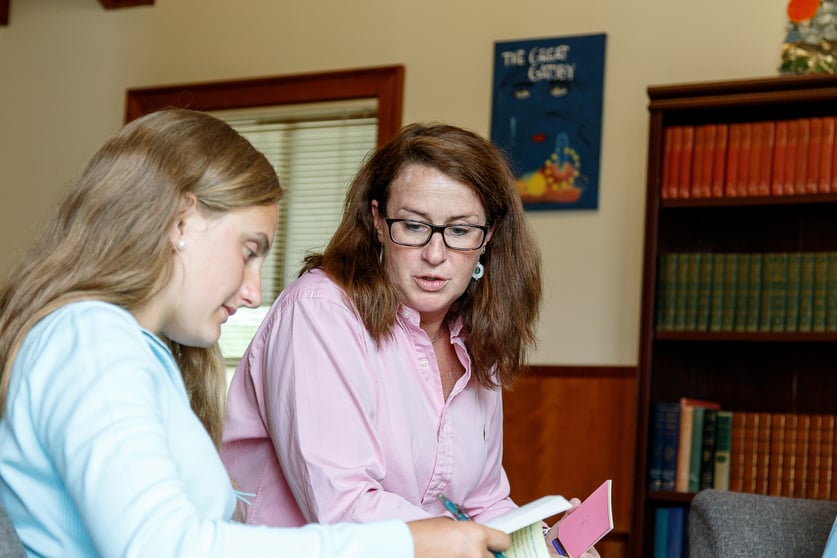 Hold on. Sure, the cognitive sciences have brought wonderful revelations about learning, but are they the antidote to the pace of the world today? The wretched march forced upon most adolescents (and adults) by the onslaught of technology comingles the new and the now to create constant cool. The new now is a cultural clock, always ticking. Just walk into any Apple store to get a strong, thrilling dose. What’s to parse the illusion? The alarming rush of information bombarding the senses form the various platforms of social media, what’s to protect us? Steady us? The cognitive sciences?

What better form to reveal change, consequences, and character? When so much of today suggests character and accomplishment springs full-born from some Zeus-like head or can be found and downloaded at the App Store, something has to stand in opposition. It’s possible that that something is the novel. Whether Toni Morrison’s Beloved, Ken Kesey’s Sometimes A Great Notion, David Mitchell’s The Bone Clocks, or Joseph Conrad’s Heart of Darkness, the novel has a deliberately constructed life pace to reveal dimension and not simply backlit screen. The novel offers variety, possibility, and the chance to see through the eyes of the other. Life’s complexity is unwound in the spool of its pages. If the novel requires exhaustive effort to parse, that in turn can teach great patience, a useful trait. Could the novel still be the foundation for all? 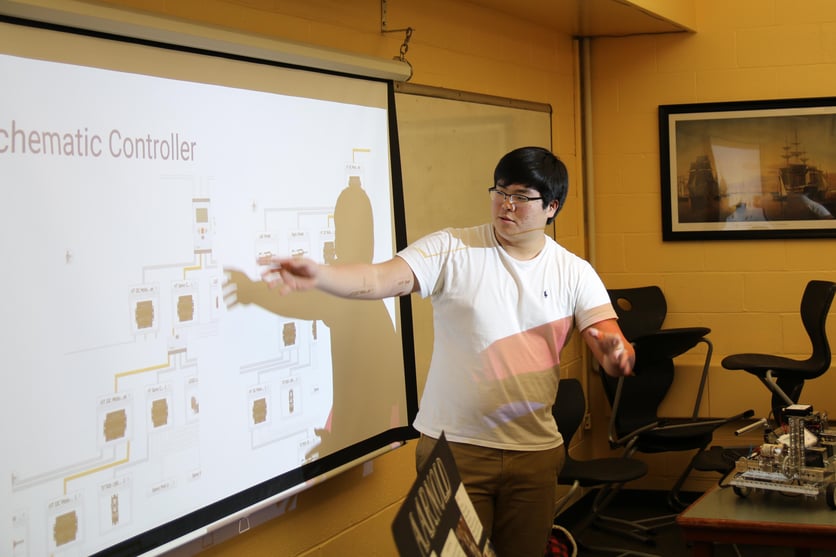 When I walked through lower Maxwell Savage on Thursday night and saw and heard the projects and presentations – the artwork, the robotics, the psychology research, the social entrepreneurship pitches - I could see the novel still playing a pivotal role as ancillary teacher, as a kind of necessary character coach. It still cups a part of the imagination’s flame. And while no one was presenting about reading novels, or writing them - not in the robot designed to do a pull up, in the surf-board fins made out of recycled plastic, in the five panel art display tied together with red yarn - the whisper of pages was everywhere. Could it be simple coincidence that the English classrooms were the setting for last night’s powerful presentations?