We teach to the truth in schools, and we also teach to passions. Emotions. We talk about students “finding” their passion, getting to that sweet spot where the drive become intrinsic, where the 10,000 hours of practice to become an “expert” are not a burden but a delight, where time melts in the doing. The Talent Code, The Tipping Point– how many times over the years have these books and their authors been referenced?

When the first compact fluorescent lights (CFL’s) came out, they were the bee’s knees. The curly-cue bulbs popped up everywhere energy savers and environmentalists resided. Save money and the environment? What’s not to get gung-ho about? Tree-huggers - and I count myself one of them - got fired up. Sure there were a few questions popping up about breakage and mercury, but most people scoffed at the concerns. Only later did it become common knowledge that while the overall amount of mercury released into the atmosphere is significantly reduced by CFLs because they reduce the amount of coal burned to generate electricity – coal that contain mercury – CFLs do contain mercury. Local mercury. Mercury screwed in to light fixtures. Mercury you don’t want to toss out with coffee grounds, old chicken bones, and orange peels from breakfast.

Does the truth matter?

I keep hearing about entering the “post-truth” world, the world where facts matter less and less, where manipulated emotions drive groups to desired outcomes. Educators are no strangers to bumping into emotions in the adolescent landscape, but when a dominant strand of news is about “fake” news and sites like Breitbart News spreading incendiary stories or cabinet nominees willfully tweeting false conspiracy theories, we worry that adolescent behaviors have gone mainstream. Adults, who should know better, toy with emotions to game the truth and effect outcomes. This intentional manipulation by news sources or public figures is recklessly irresponsible and runs antithetical to everything that educators try to uphold. It’s dangerous. When 1984, that harrowing cautionary tale by George Orwell, has the potential to become even a marginal reality, we’re in trouble. Just like we’re in trouble if we ignore the mercury in CFLs.

We can’t ignore the truth.

Ours is a careful line to walk. Emotions – good ones – surround educators all the time. On Wednesday I watched a hockey game Proctor played against KUA. I could see and hear emotions in the stands and on the ice. Proctor scored, KUA scored, and emotions rolled through the fans and players. They didn’t run too high, but the venue was charged. At the end of the game, at the end of the contest, there was a final score: KUA 7, Proctor 4. We lost the game, and no amount of emotion can change that truth. But one wonders about scores like this in the future. Could there ever be a time in the Orwellian world when that KUA victory might not be so ironclad and definitive? Much as we love to win, the notion is a harrowing one to contemplate. 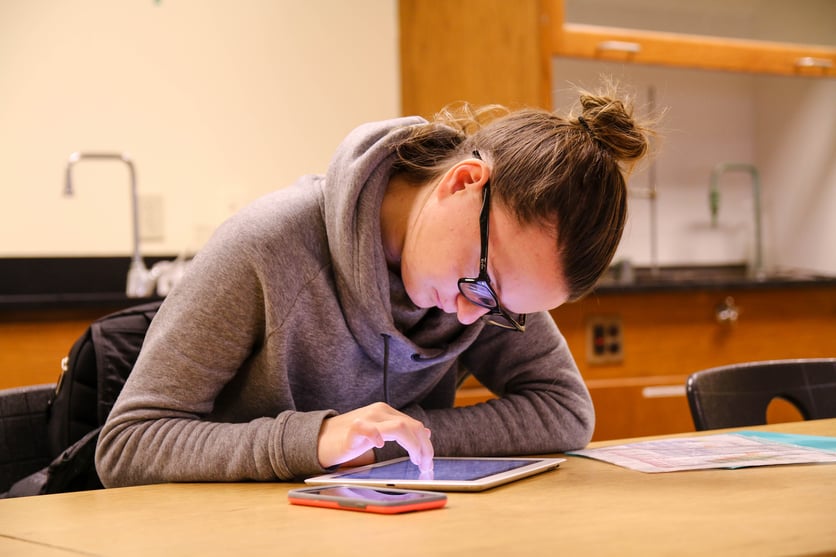 At Proctor we believe the truth best guides us to unlocking individual and collective potential.