Watching the teams on campus this fall, talking to coaches, hearing the bell ring on Maxwell Savage after victories are all reminders of all the contests that are happening most days during the week. It’s not just Wednesdays and Saturdays anymore. Mondays and Fridays are roped into schedules, and buses are always pulling into and leaving campus. Uniforms are handed out, cleats are knocked clean before entering buildings, the training room ice bags are everywhere.

I still recall those days as a high school athlete, and there is something about the smell of fall leaves and the way the grass green deepens that pulls me back decades. I still remember Coach Hinman, the Athletic Director when I was in high school. I can see his burly figure and the way he clamped the cigar between his teeth and looked across the playing fields. At 14,  I thought he could see everything, knew every play that was unfolding on every field. Behind him, bolted to the athletics building, there was a plaque etched with the saying: “It’s not how you fall down that matters; it’s how you pick yourself up.” Coach Hinman reminded every athlete of that saying with just his eyes as he locked them on the distant football field. His cigar twitched. 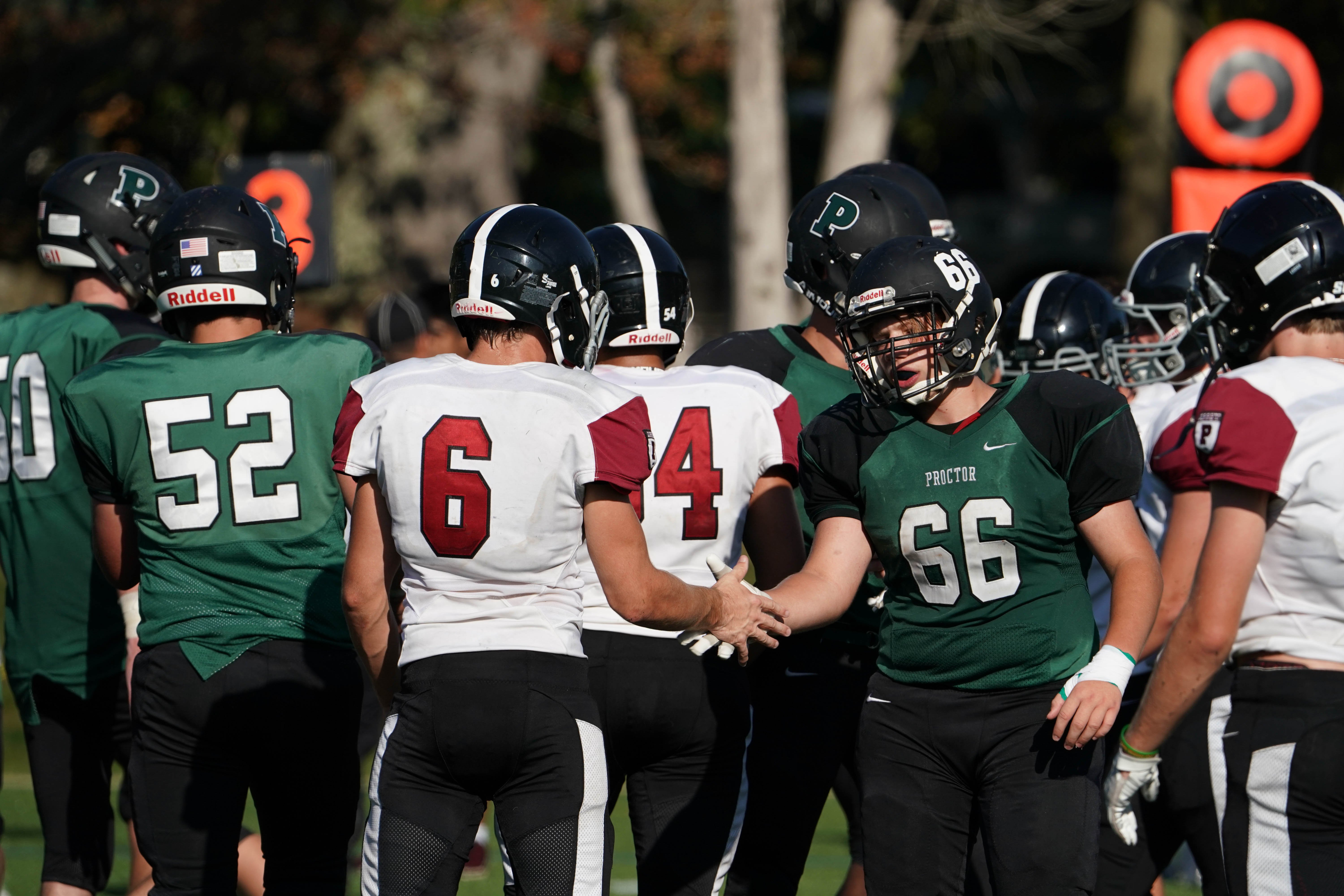 Gregor Makechnie ‘90 gave a talk in Monday’s assembly about sportsmanship, reminding us that when we step onto the field and square off against an opponent, there’s no license granted to let emotions run rampant. How we conduct ourselves reflects how we honor the game. It reflects who we are as individuals and who we are as a school. Yes, whatever the game, score always reveals a winner and a loser, but there is a second score. It’s about how the game was played: the character score. Contests are like tallying mirrors, reflecting and capturing certain truths and keeping a separate score. A rant to a ref or taunting an opponent, a late hit or an intention trip, it’s not sloughed away by the heat of competition. It contributes to character score. Oh, if we could only tally that score and have it contribute to the win/loss record. How many games would we have won that we lost? Or lost that we won? 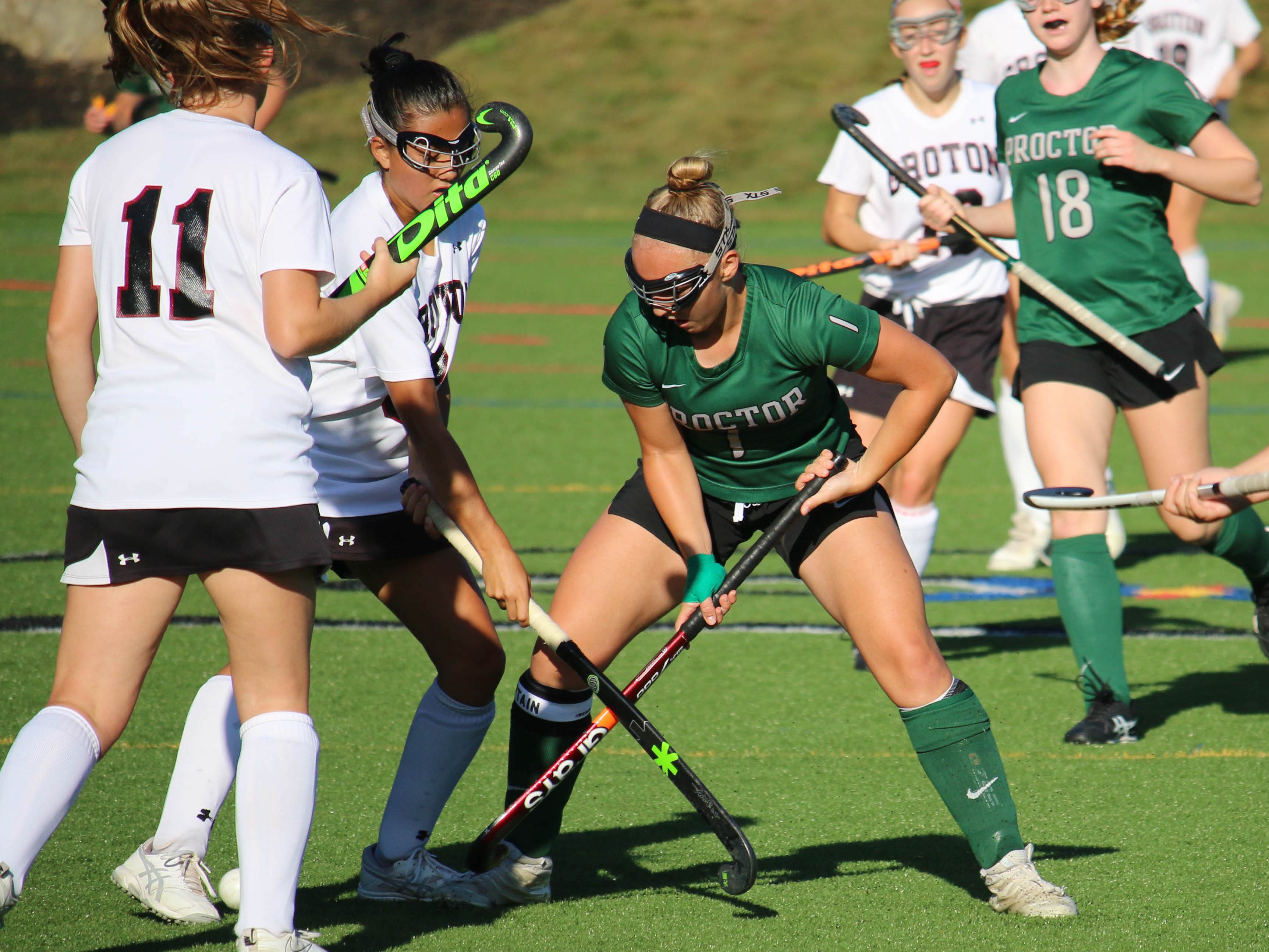 Games played fiercely and well are pure and good. They uplift. We see the better side of character, the potential of a group, a reflection of the community. We are teammates and opponents in the contests of sport, but more importantly we are humans. We cannot just cast the other - opponent or referee - as evil to be vanquished. I think Coach Hinman always had that at the back of his mind. I think he contemplated and calculated the character and community score while he gnawed at the cigar, and hoped for a win. Score and sportsmanship, he kept the real score. Sometimes when we did well, I imagined a tight lipped grin and the cigar shifting a little to one side. “That’s it,” he seemed to say. “That’s the way you play to win.” As players we would feel affirmed and proud. 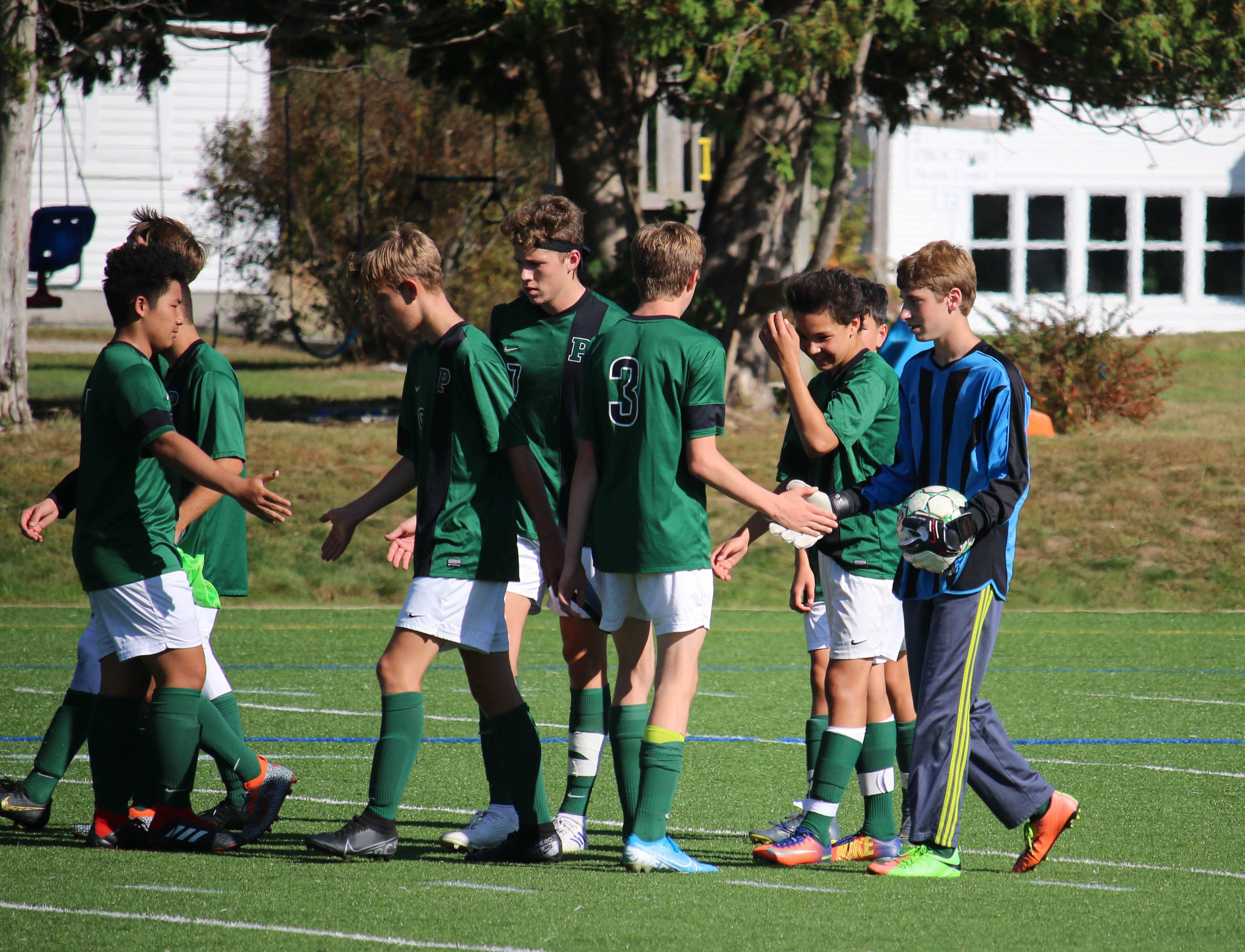 As we head into a spectacular fall weekend, I look forward to seeing many of the home games and I will keep my eyes on the score. Both scores.