Proctor's winter Mountain Classroom group continues their journey westward, spending the past week in West Texas and visiting Annunciation House. Proctor's relationship with Annunciation House dates back over a decade as students meet with and hear the stories of immigrants seeking asylum in the United States. In this week's blog post, Lulu '19 and Sean '20 share remarkable insights into their experience at the border, offering each of us a human window into what has become a largely dehumanized struggle in our Nation.

While standing on a step-stool, you lift your right arm above your head, stacking a can of black beans on the top of the isle shelf in a tiny grocery store in Honduras. Suddenly your apron tugs at your neck, and your eyes fall down below to a man, twice your size and twice your age. He has a belt of armed weapons and the classic tattoo on his neck representing the gang in your town.

Sounds spill out of his mouth that contains his raggedy teeth that have never seen a dentist once before in his life. His words overpower the rights that a person, with a beating heart and a spinning brain, are born with. You can tell by the way he speaks, he most likely dropped out of school in 3rd grade. He dehumanizes you and suddenly gains the power to change your life. This morning you woke up thinking you were going to be promoted to store manager, and your son would be continuing 4th grade. Now, you are faced with three options, all of which will leave you miserable, and all of which will change your life forever. 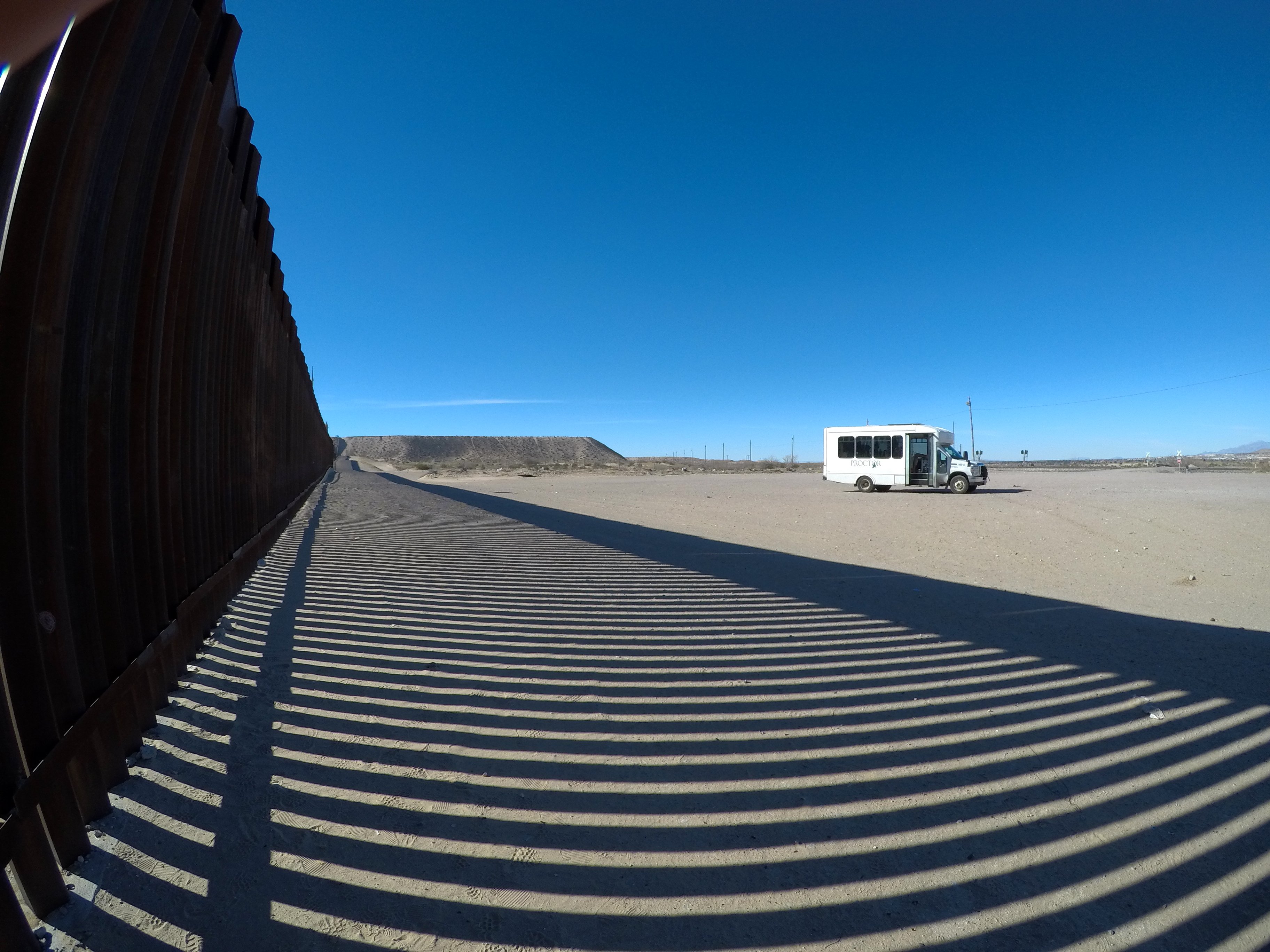 Option 1) You tell the man yes, giving permission for him to recruit your 9 year old son into the gang. Associating him with rapists, drug dealers of heroin or  meth, home invaders, and murderers.

Option 2) You do not give permission for your 9 year old son to join the gang and you are given 15 days to leave home and seek safety in another country. You have  to travel 16 days, with your son, $500, buried in a truck bed full of sand, with a tube coming out the bottom of the truck for your lungs to breath. You have to leave  everything behind; your home, your family, your friends, and your job.

Option 3) You do not give permission for your 9 year old son to join the gang. You do not flee your home. And you put you and your son in a position where you both  will be murdered.

With an educated guess, I would say 99.99% of you would choose Option 2) to seek asylum.

Tears stream down Ruth’s soft, caramel cheeks, while she shares her life story with Proctor Academy’s 2019 Mountain Classroom, under the cross hung up on the wall above her head. This is Ruth’s reality. After 16 days of traveling through countries and deserts, Ruth knocked on the door of the Annunciation House where she was given shoes, a bed and food for her and her son. They plan to be in the Annunciation House for the next 6 months, hoping to obtain asylum and become an American citizen. 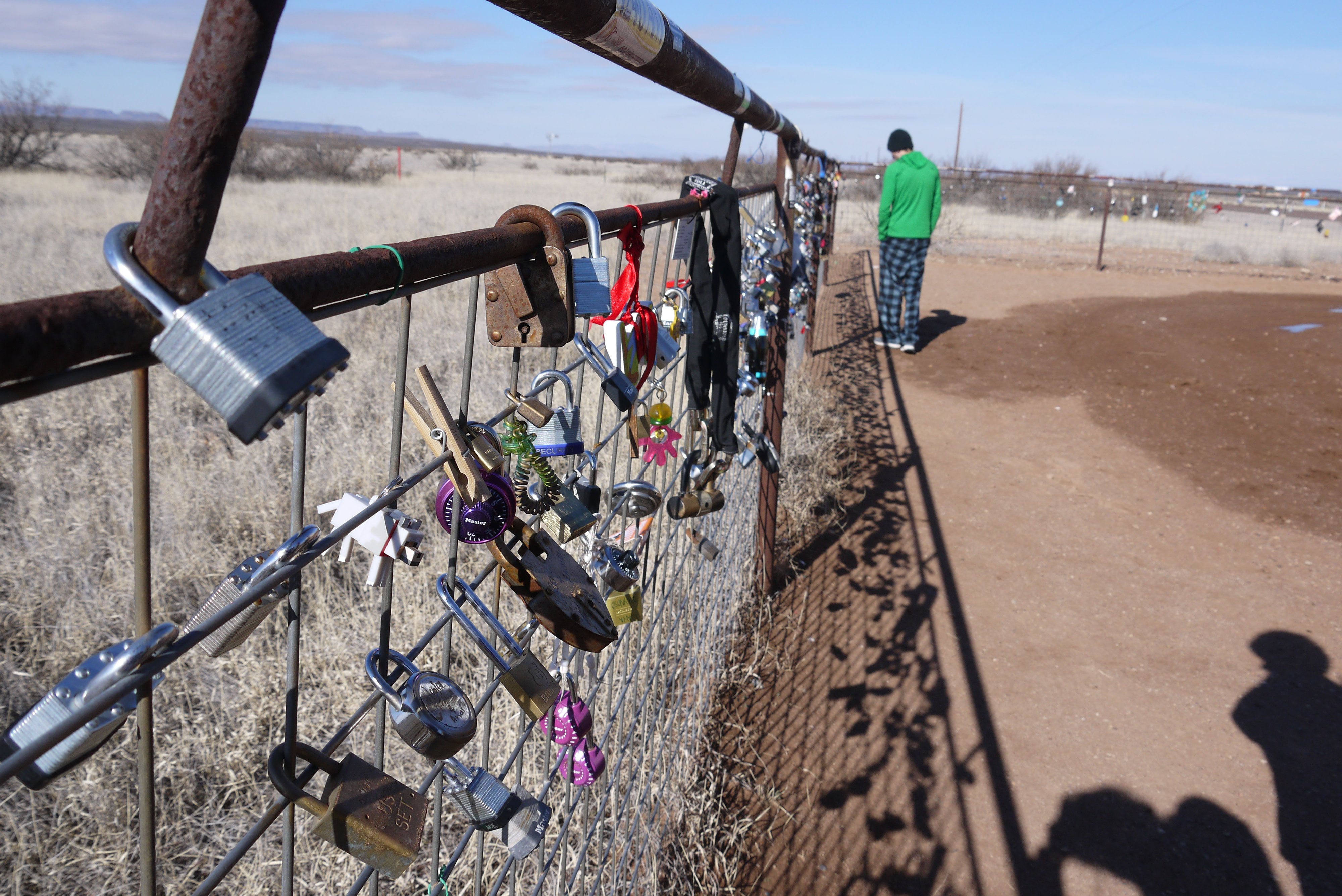 Mountain Classroom did not sleep in the original Annunciation House building. We slept in a small three story apartment named Casa Vides, an extension of the Annunciation House. Casa Vides had bright green, neon orange and vibrant blue walls. I noticed that painted on the walls there was a pink stripe on every wall of the first floor, pouring down the stairs into the basement. As my eyes zoomed in, it came to my attention that within the pink stripe there were thousands, 300,000 names to be exact, representing every person who was assassinated in the El Salvador’s Civil War. Names are still being written to this day. Similar to Ruth, 3,000 other people seek asylum here in the United States of America running from the dangers in Central America.

Our last night in Casa Vides, was not spent stuffing our faces with authentic tacos or rice and beans made by the migrant guests, like all the other nights. Our last night was spent cooking lasagna and chili, blasting Spanish music, laughing, smiling and dancing in the kitchen, with all the occupants of the house. It is remarkable that there were smiles from ear-to-ear on their faces, while 4 feet below their smiles, clung electronic monitors suffocating their ankles. To travel miles in a desert and wait for weeks in a detention center for safety, it takes a certain desperation, and yet they are still able to smile. They are so strong.

I am not sure how educated you are about the immigration system or what Annunciation House is, but before this I had misconceptions. A stereotype in my head from what the television had given me, a stereotype of what our President gave me, because I was unaware. It is hard to learn about the border and understand why people come to the United States of America. Even though we stayed at Casa Vides and worked in the Annunciation House, we only got a small fraction of the experience. Jorge, a visitor of the Annunciation House who arrived from Honduras just a few days ago said, “no es la misma contarlo que vivirlo”. Or translated, “telling it is not the same as living it”. He explained that the only way to truly understand the journey that these people go through, is to leave all your money, all your papers and your phone; go to Honduras and try to make your way back to the US.

I learned that before you can make any assumptions or decisions about politics, you have to live the hardships on either side. The Annunciation House taught me to be thankful for the house or dorm you are in, because other people were forced to leave their house for their safety. Casa Vides taught me to cherish my bed and shower, because people traveling through the dessert have neither. And finally, the people I met in El Paso taught me to love the people around you because other people do not have their family or their friends around them.

“The most important thing is to love people, no matter what religion, if poor or not. Just love everyone.” - La Ticia, a lovely great grandmother I met in Casa Vides from Mexico

The Wall is the centerpiece of our national media and the divider of our country and government. The Wall, or in Spanish, el Muro, is a towering eighteen foot structure and extends for miles, only taking breaks at mountains such as Christo Rey. There is a large stone monument on top of Mount Christo Rey that signifies the border split between New Mexico, Texas, and the city of Juarez, Mexico. The Wall has rustic metal dividers each spaced just a few inches apart from each other. On one side lies the city known as Juarez, Mexico. Juarez and El Paso were divided in 1850 during the Treaty of Guadalupe. Juarez was once run by the cartel but is now a recovering community. The Wall is commonly talked about for its impacts on our nation and our people. Mountain Classroom experienced the conversation centering around The Wall and so much more. We were able to see it, touch it, and talk to the children of Juarez through it.

Events and memories all of us will forever cherish. Seeing the smiles of two boys on the Juarez side who were beyond happy to talk to us and share there stories. A 10 year old named Victor who talked with us and shared some basic, but interesting facts about himself also sharing with us that his favorite animal which was a perro or in English a dog. Victor even welcomed us with a little puppy, who was not even a week old, and was just beginning to open its eyes. He passed the puppy through The Wall and let us admire the palm sized fuzzy dog. When we asked his brother, Geraldo, what he thought of the border he said, “I don’t like the border because its ugly”. However, beyond that the general consensus from those we talked to through The Wall (which were mostly children) was that they didn't really care.

We all had our own time to walk and reflect on all the crazy and chaotic thoughts rushing through our heads as we starred down the United States side of The Wall. I was amazed as to how much disconnect I felt from what I saw on television and what I experienced in person. My preconceived visions also proved to be wrong, at least at this portion of the border that we got to visit. As director of Annunciation house, Reuben Garcia, said in his speech to us, “It is only when you get to the border and interact with the people on the other side that you can form an opinion.” I kept referring to this quote as we traveled around the El Paso section of the border and as we met the countless people who shared their experiences with the border to us. This border experience proved to be a very powerful and emotionally exhausting expedition for us all, but it proves to the core everything that Proctor is about.