Proctor Community: The Power of Grace and a Tribute to Mr. Rogers

John Bouton (English, JV girls’ soccer, JV boys’ tennis) shared the following message with the community during Monday morning’s all-school assembly. Thank you, John, for modeling the vulnerability and courage we seek to instill in each of our student’s lives.

For those of you whom I’ve not had the pleasure yet to meet, I’m John Bouton, and this is my second year teaching English at Proctor and my second assembly during the last month. At that last gathering, I encouraged us to think about Brene Brown’s research that suggests that being vulnerable is the best way to authentic connection. Depending on how you heard my musical performance that morning, you’ll likely either be glad or sorry that I’ve left my guitar at home this morning. 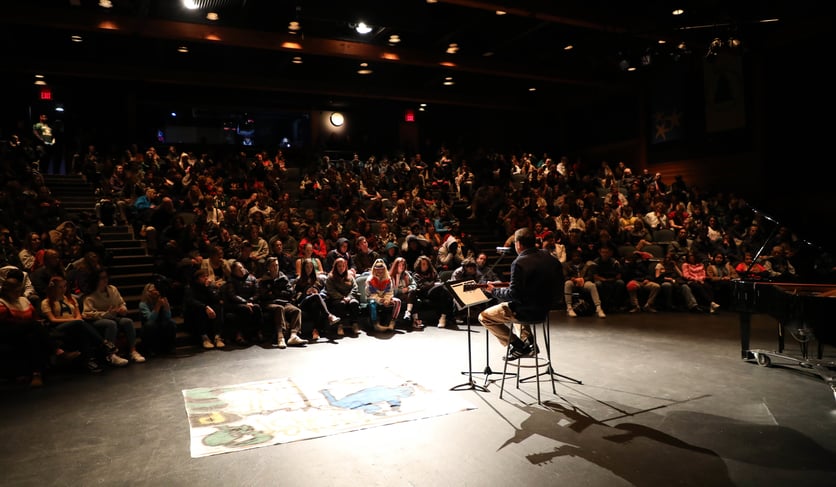 Instead, I’m going to be vulnerable by offering what many might initially see as an awkward video moment and then making what I consider an awkward confession. I want to introduce you to someone I’ve come to regard as heroic, Fred Rogers.

True confession: when I was your age, I mocked Mr. Rogers. That’s right: Mr. Rogers, the sweet, endlessly patient, nonjudgmental PBS TV host in a trademark cardigan sweater and blue canvas Sperrys was the target of my scorn. I know this might not seem like much to regret, but here’s the thing: Fred Rogers was the epitome of sincerity, of earnestness, of believing in creating an atmosphere that allows people to be comfortable enough to be who they are.  In other words, Fred Rogers showed me the best version of myself as a teacher, and as a teenager I fought it, as I have spent my adult life resisting a vocational call to ministry. I’ve never before said that in public. 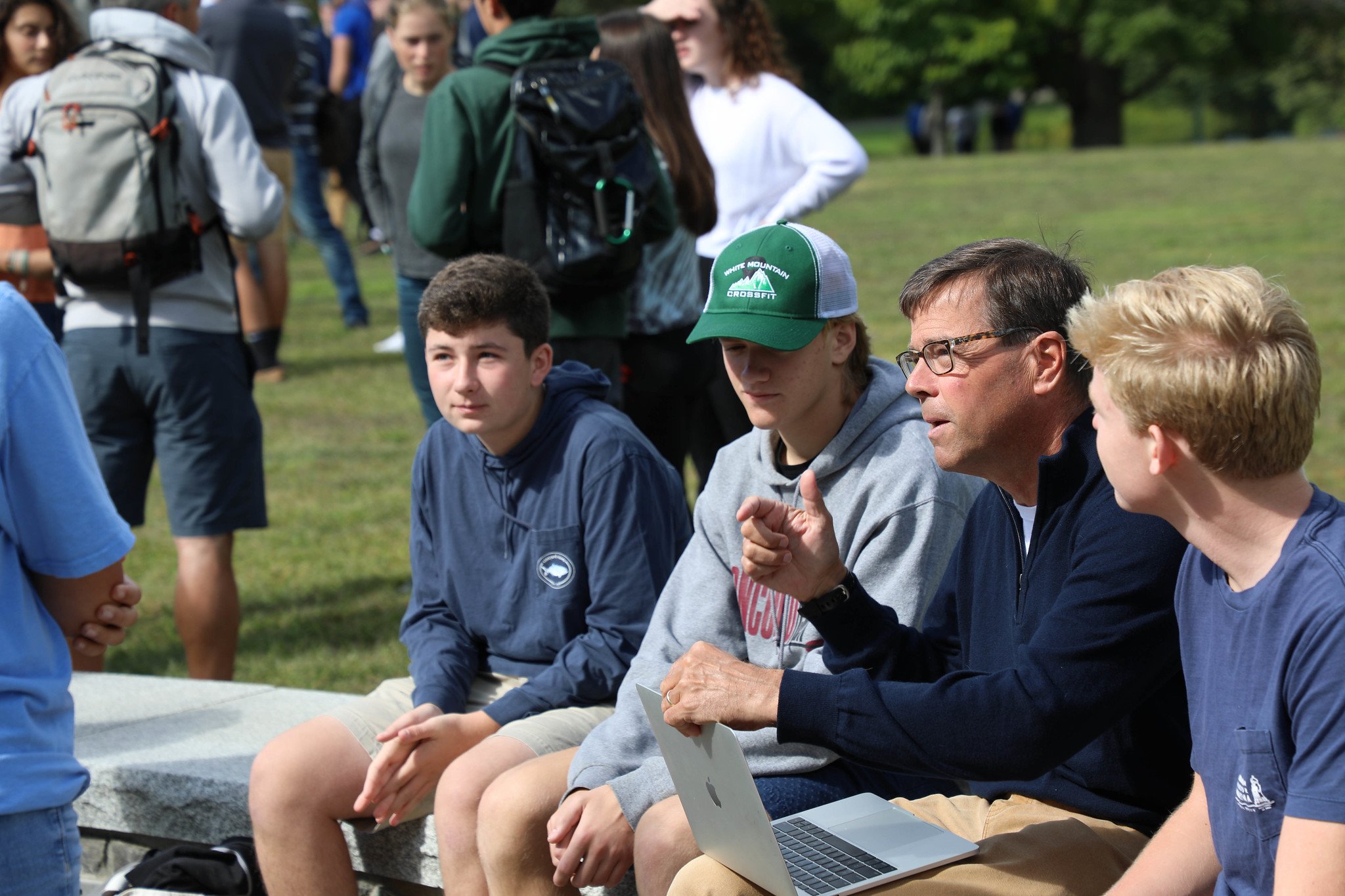 What troubles me about easily laughing at Mr. Rogers is that I’ve recently discovered that my mockery covered an insecurity – sarcasm and boorish behavior usually does – and it is this: in my adult life, particularly in my vocation as a teacher, I have come to try to embody what Mr. Rogers stood for. I was loathing a model of kindness and love that I now know to be our best hope to repair a broken world. I was secretly mocking what I now aspire to, the ideal, best parts of myself.

This was all brought to me on Saturday night as my wife, Carrie, and I watched the new wide-release film, A Beautiful Day in the Neighborhood. In hopes that some of you may decide to check it out, I’m going to reserve my summary to this: a hard-nosed reporter, working on his own anger and resistance to Mr. Rogers, is reluctantly assigned to profile this secular saint for an Esquire magazine issue devoted to heroes. If you know Mr. Rogers’ kind and patient disposition, you can guess the rest of the story.

What was beautiful about Mr. Rogers? In his professional life as a minister and artist, he saw TV as a way to “broadcast grace throughout the land” and fight TV’s urge to “consume the very things he tried to protect”: childhood and silence. He wrote all the scripts and broke new ground in inclusion in his casting and topics. He made puppets and gave voices through them to children’s fears and unmentionable topics like dealing with death. Mr. Rogers’ conviction was this, “Anything that's human is mentionable, and anything that is mentionable can be more manageable. When we can talk about our feelings, they become less overwhelming, less upsetting, and less scary.” Mr. Rogers’ vocation was to have us realize that whoever you are right now is OK, that whatever you’re feeling now is OK, and that you are not in a race to become cogs in the machine, producers and consumers of capital. In one of the famous parodies of Mr. Rogers that I loved as a young man, comedian Al Franken said, “You’re good enough, smart enough, and doggone it, people like you.”

I say believe it. Grace, a religious concept, allows us to accept ourselves, warts and all, as worthy of love. That power of self-love, perhaps buoyed by gratitude for others and wonder for what you discover, is yours for the realizing. It’ll make you better. Accepting yourself as you are, Mr. Rogers adds, is the first step to accepting others, thereby entering into the work of repairing the world.

Trusting that you are willing to be vulnerable as I myself am vulnerable here, I want to ask you to join me in an act of seeking grace, of realizing that you are loved. It’s my act of faith in you. I invite you to close your eyes. All of us have special ones who have loved us into being. Would you just take, along with me, 10 seconds to think of the people who have helped you become who you are…Ten seconds of silence.

If you found that experience of silence and gratitude to be the gift that I did, you might find the Mr. Rogers movie worthwhile. If you found it awkward, or it made you laugh, or your couldn’t contain yourself, that’s OK, too: I’m sure I did the same when I sat where you did in high school. Still, it’s worth reflecting on your approach to silence. Silence is the gateway to reflection and to acts of gratitude and restoration. We are all of us so full of promise, so full of excellence waiting to be made manifest, but we are also, in Mr. Rogers’ words, waiting to be made better: “I wonder if you don’t have somebody in your life that just the very thought of that person you make feel better. It would be wonderful if you could take a minute, at least a minute every day, to think of such a person.”

As we prepare for Winter Break, recognizing that there are a variety of feelings about the holidays, all of them valid, just as they are, I’ll close with my wish for you, from Mr. Rogers’ own holiday card, homemade, which read, “May you be blessed with moments of silence and hope at Christmas and always.”