A famous architect once said; “nothing is art if it does not come from nature.” This specific architect created the plans for one of the most beautiful buildings I have ever seen. The famous architect responded to the name Antoni Gaudí. 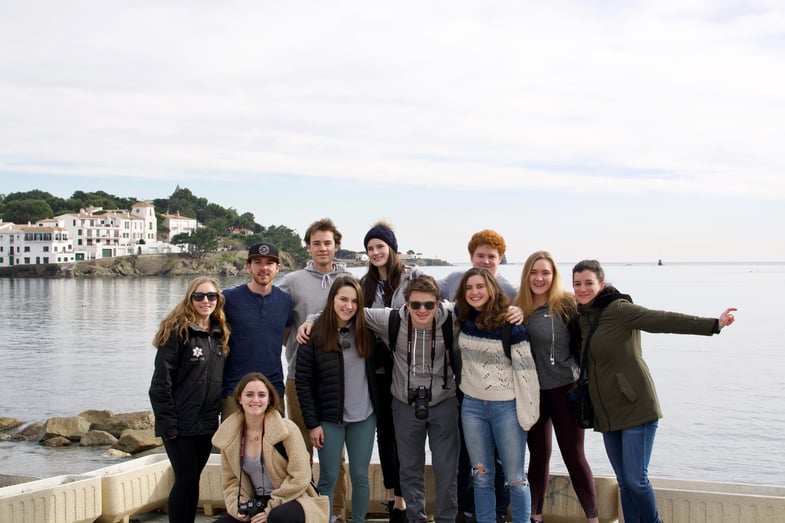 He undoubtedly created one of the most incredible pieces of art from nature. The beautiful building is known as the Sagrada Familia a Basílica in Barcelona which began construction with Gaudí as the lead architect in 1882. 136 years later the Basílica is still not complete. Upon arriving at the Sagrada Familia we were informed that the beautiful and breathtaking Basílica would not be finished until 2026. At least that is the plan, the year has been pushed back before. If the Sagrada Familia is completed in 2026 it will be on the 100th anniversary of Gaudís death, and what a perfect way to commemorate his death. 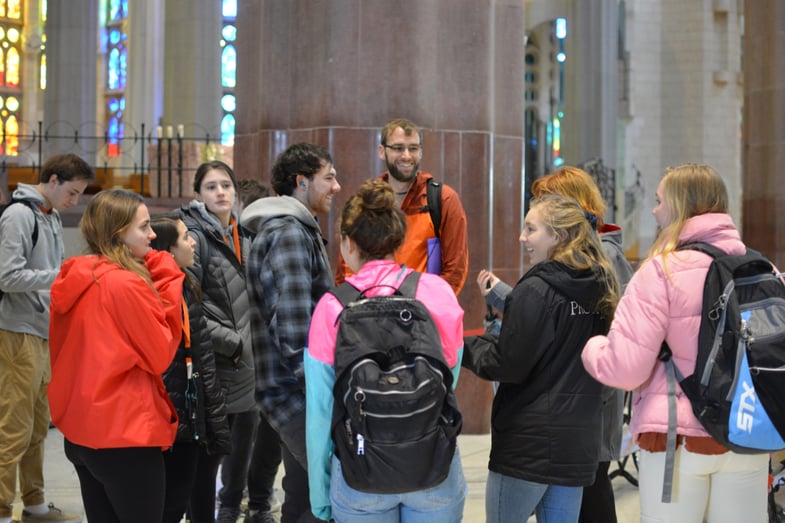 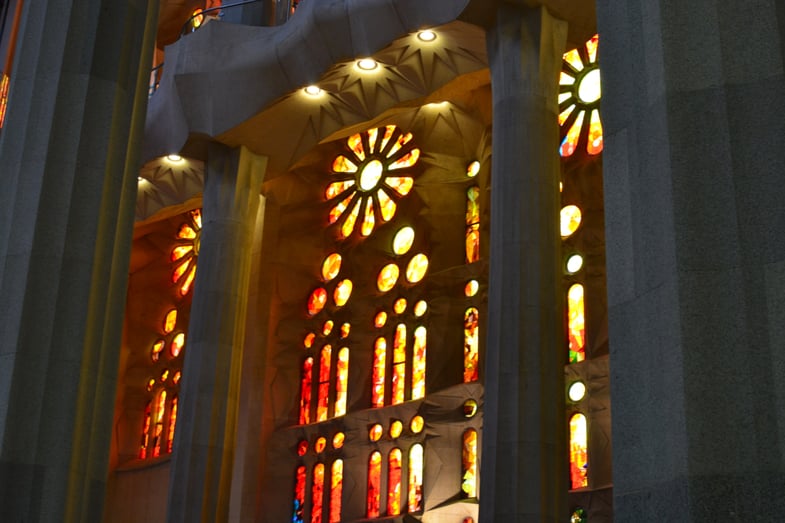 As we walked inside the stunning place of worship all colours of the rainbow flooded our vision. The stained glass windows lit up the inside despite the dull and rainy day outside. The rain, however, did not ruin our spirits and we were still able to enjoy our tour around the unbelievable Basílica. 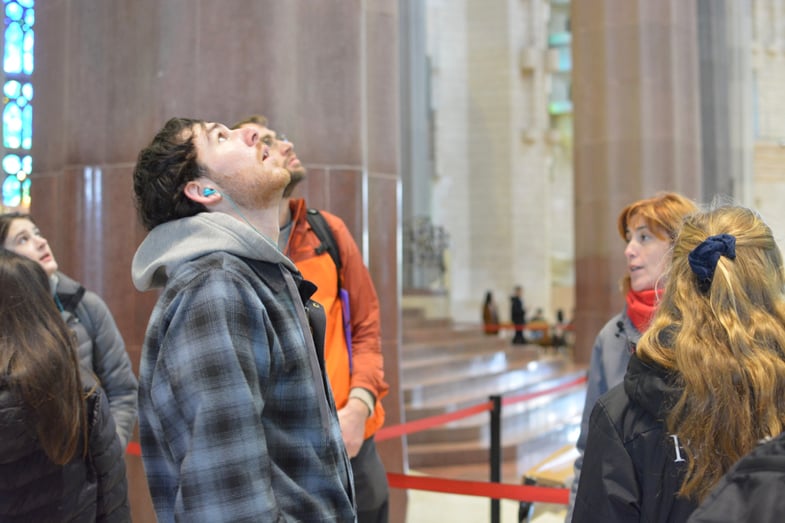 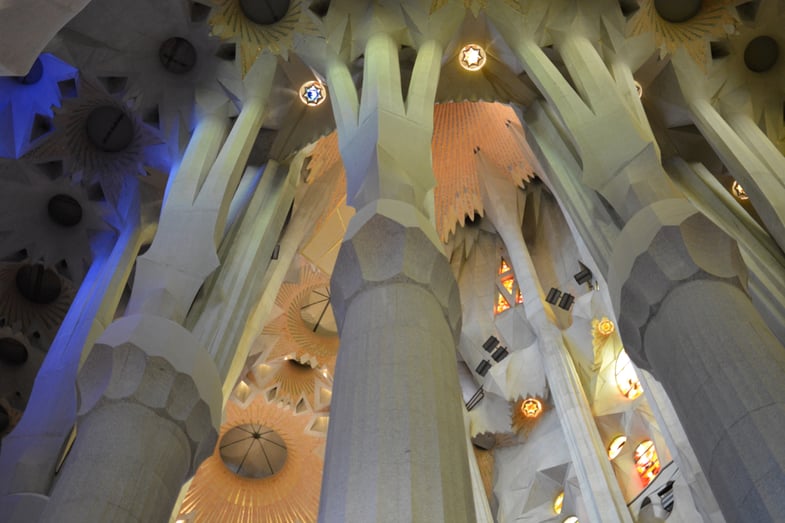 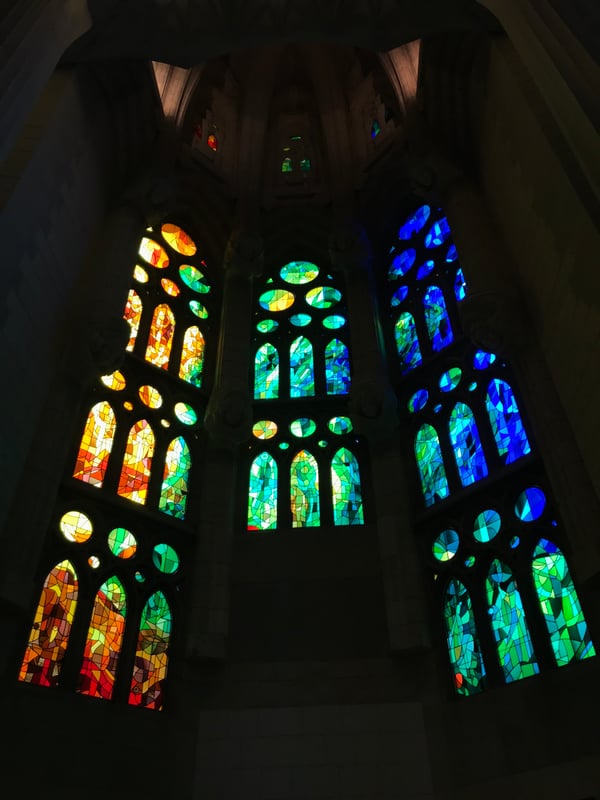 Thankfully the rain began to dissipate towards the beginning of the FC Barcelona football (soccer) game. Hailey ‘19 had been preparing us all week to witness her favourite player, Messi, play. The first half of the game was enthralling, Barcelona was prevailing 1-0 going into halftime. All of a sudden the team Barcelona was supposed to get an easy win against tied the game at 57 minutes. The entire stadium began to chant; “MEEEESSSIIII! MEEEESSSIII!” Hailey’s superstar had yet to enter into the game. Although this tying goal seemed to [provide the reason] to put the superstar in. Messi entered the game at 64 minutes, and six minutes later he assisted Suárez in a spectacular goal at the 71-minute mark. Messi did not stop there, he would later score his own goal during the 92nd minute to secure the win for Barca. As the game drew to a close the stadium roared with delight. 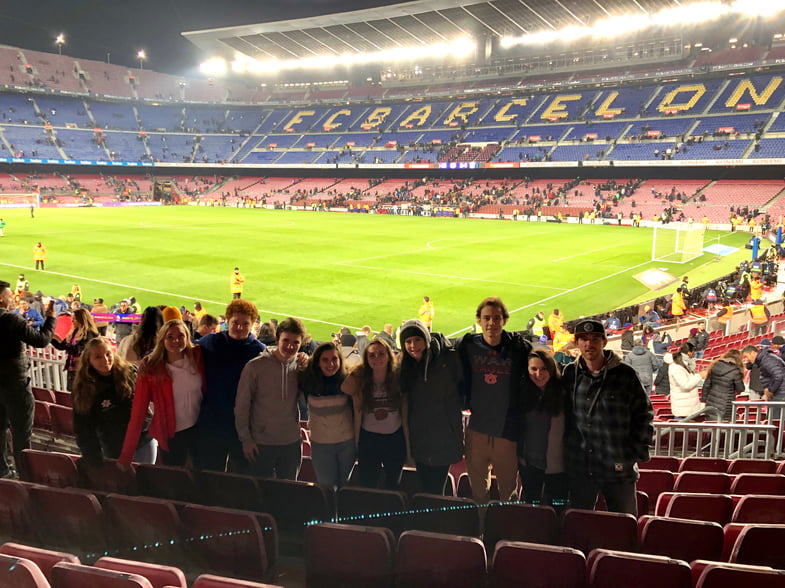 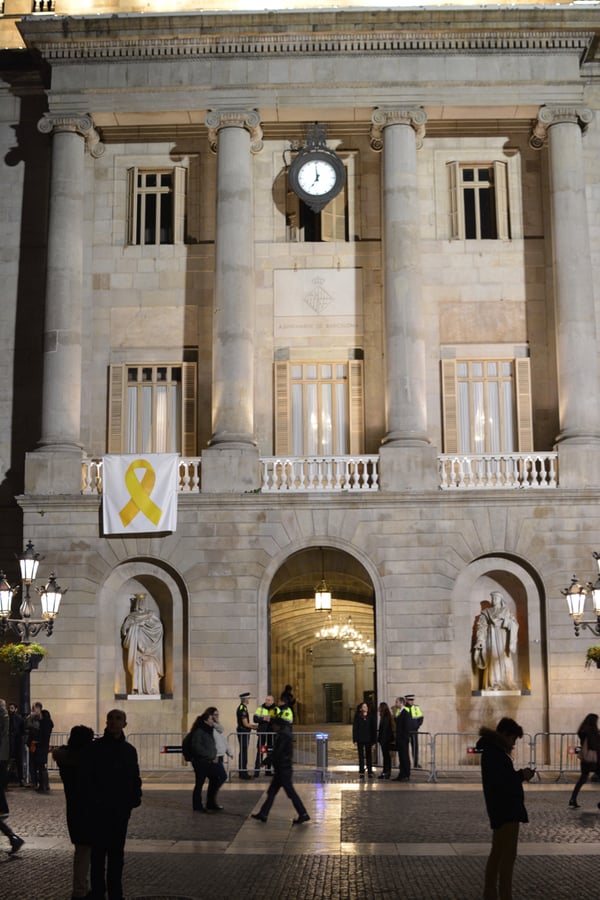 Visible throughout Catalonia were Catalan independence flags as well as banners and yellow ribbons demanding freedom for Catalan politicians being held in jail for their role in organizing a referendum on independence (deemed illegal by the Constitutional Court). 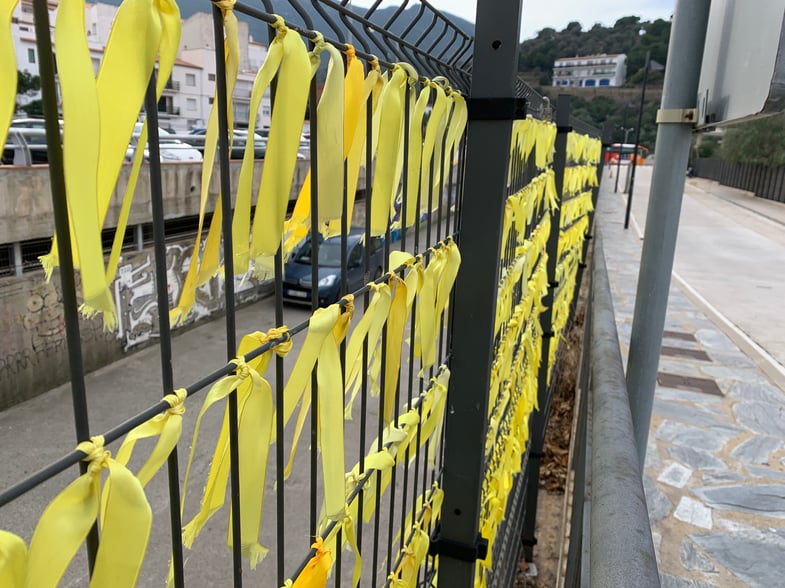 Our visit to Barcelona was on par with the city’s personality: our trip was rich in history (Ryan never missed a beat with his fun facts about every block on the cobblestone streets), culinary-focused (Iberian ham, sushi, Mexican food, and market-fresh fruit), and eclectic. Our goofy band of twelve (ten kids and two adults) wound down from the kaleidoscopical spiral of Barcelona, and we ventured northeast, to a charming town called Bisbal de Empordá. 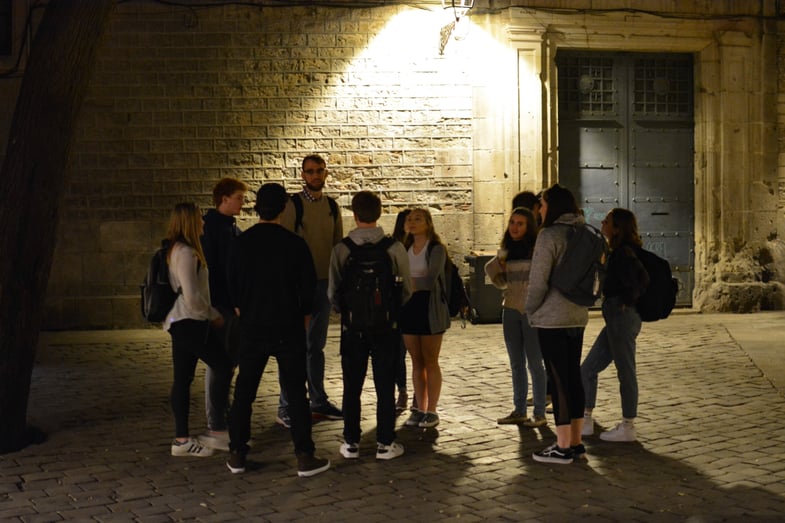 Upon our arrival into the rural countryside, palm trees relished in being the centerpieces of the roundabouts.

We had the pleasure of staying in a very picturesque house, which dates back to the 18th century. The house was adorned with handsome exposed stone and bold chestnut beams laid on the ceilings. 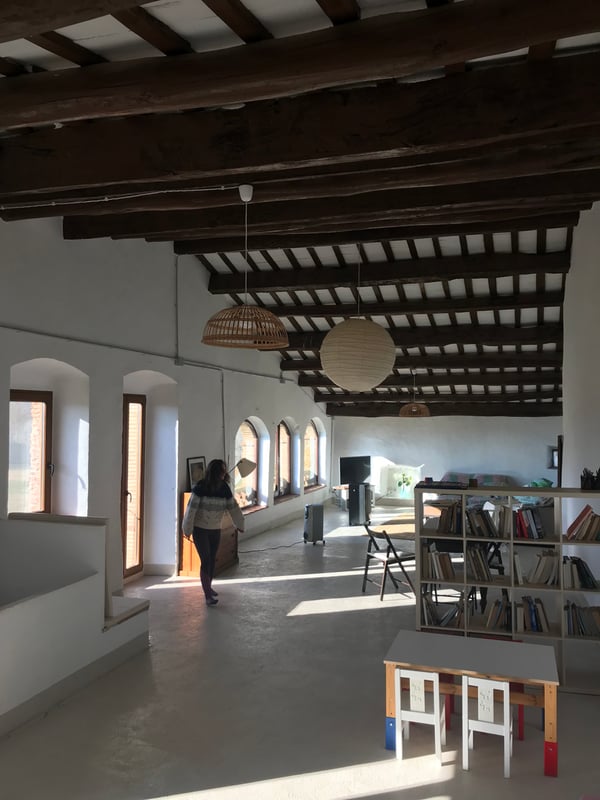 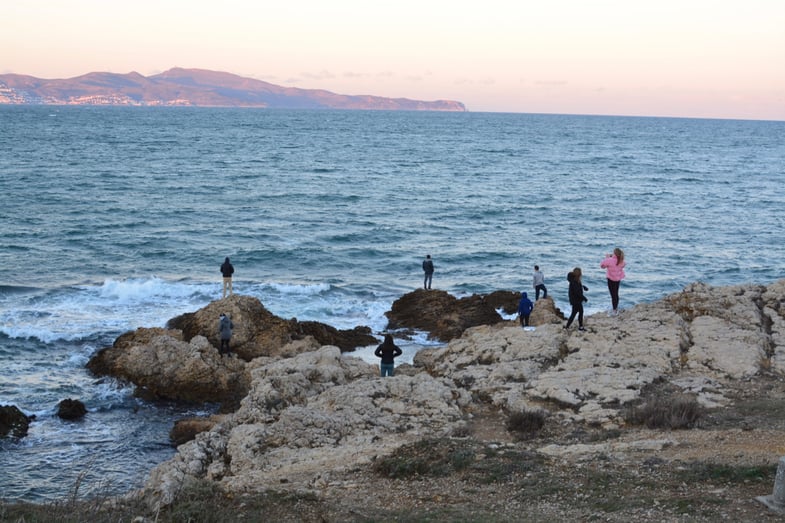 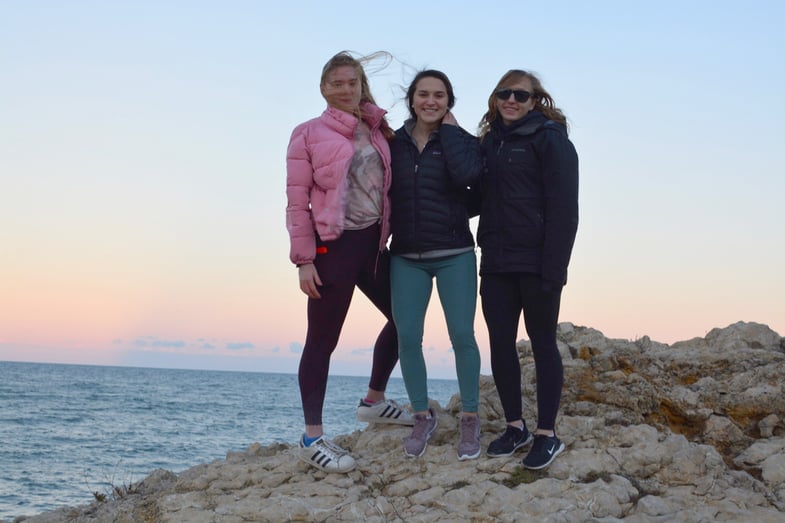 Restless from our long car ride and inspired by the beautiful home, Scotty suggested we play sardines (a fun game from our childhoods, similar to hide and seek). A mission in mind, we each set off to search for the chosen. With little WiFi and a wakeful bunch, hide and seek in this beautiful home was very entertaining!

Jack and Scotty crammed into the armoire— the true definition of sardines! 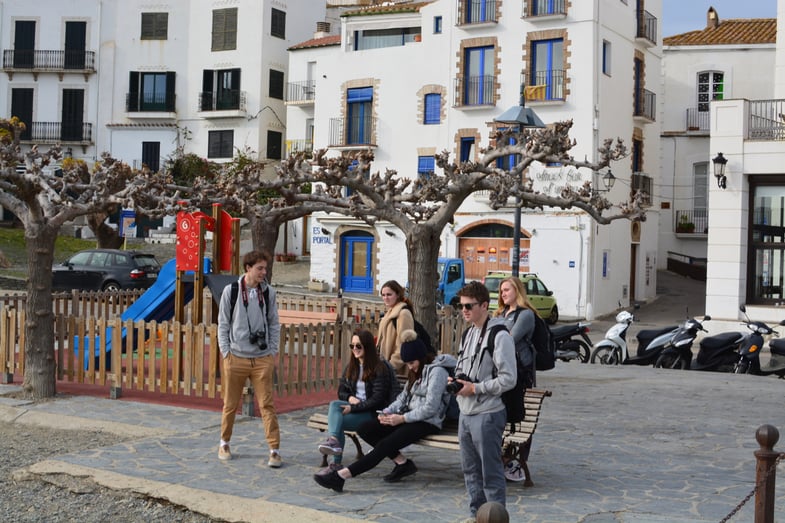 In the summer months, this coastal pueblo is a hub of tourists from all corners of the Earth— the streets are alive with live music, local vendors, and performers alike. In the winter, the locals opt for a slower pace of life, and the tourists are chained to their respective duties of work and school. Cadaqués was virtually empty as we meandered through the charming streets and along the rocky beaches. It felt as though we had each been gifted backstage passes to a movie set, without the manic crowds. 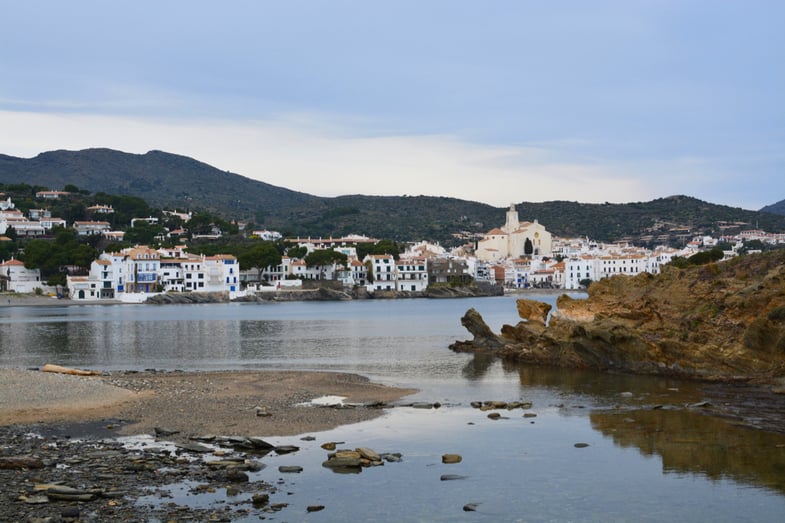 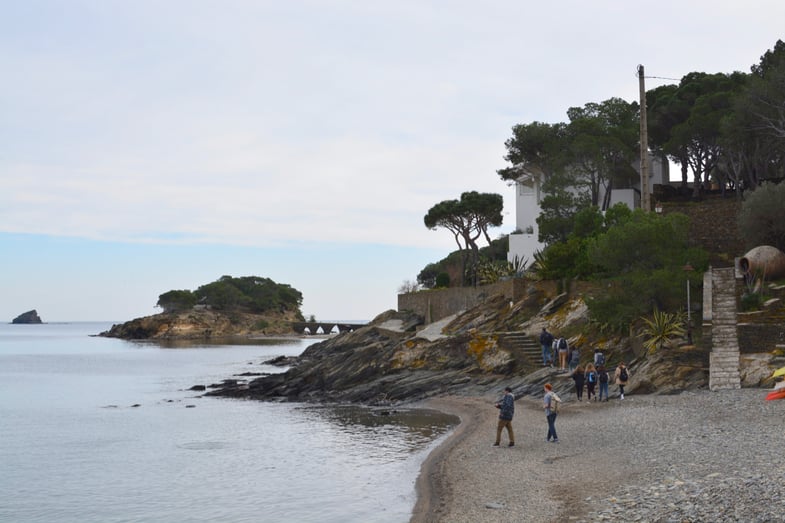 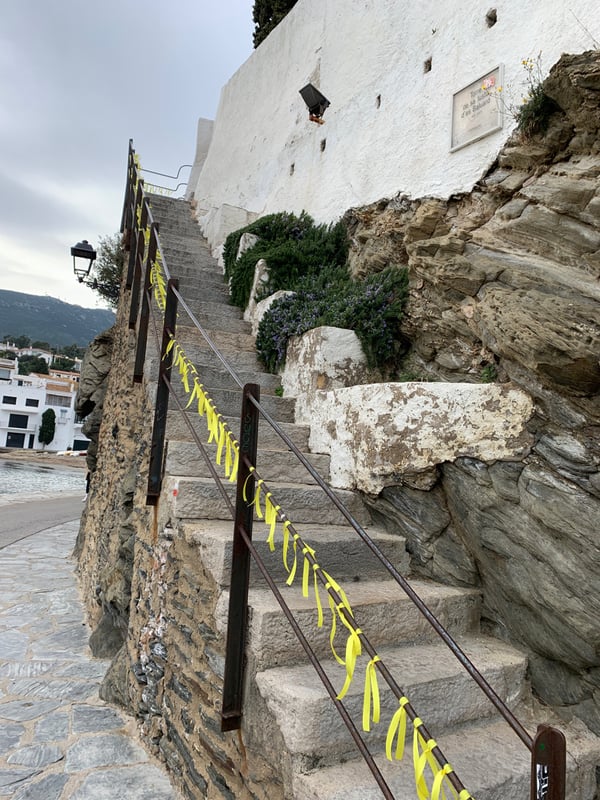