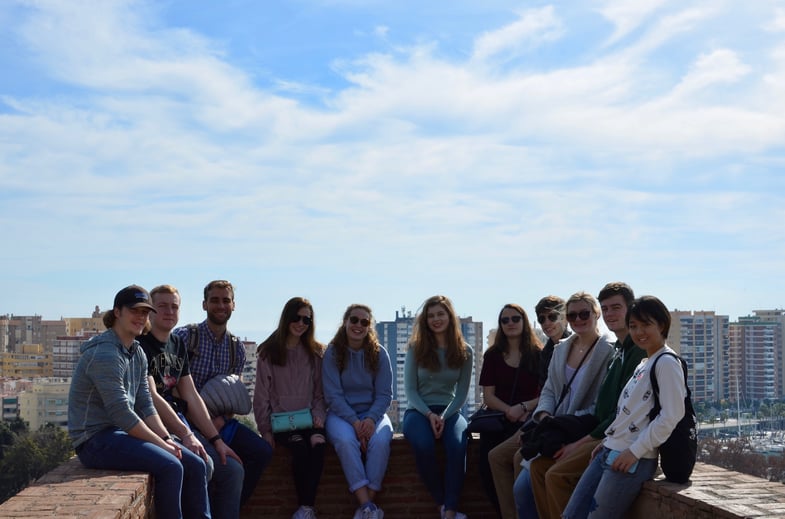 We arrived in Málaga after taking the two-and-a-half-hour high speed train from Madrid. We walked twenty or so minutes from the train station to our apartment in the heart of the old city. The group split up for dinner after exploring part of the city and orienting ourselves within it. People went in search of Sushi, Mexican, Spanish tapas and Italian, all with great success.

We woke up on Thursday to explore the historical treasures within the ancient city of Málaga. After a brief history lesson by the Roman theater, we entered the medieval Alcazaba overlooking the harbor. Although archeological evidence suggests the oldest structure on the location was built by the Carthaginians, the current castle-palace was constructed by a Muslim group originally from Northern Africa. Their unique style of architecture is still very apparent throughout the city. 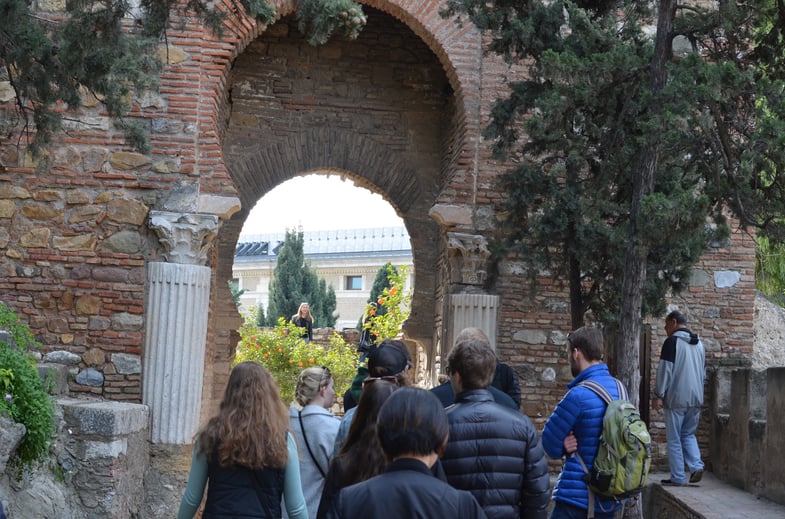 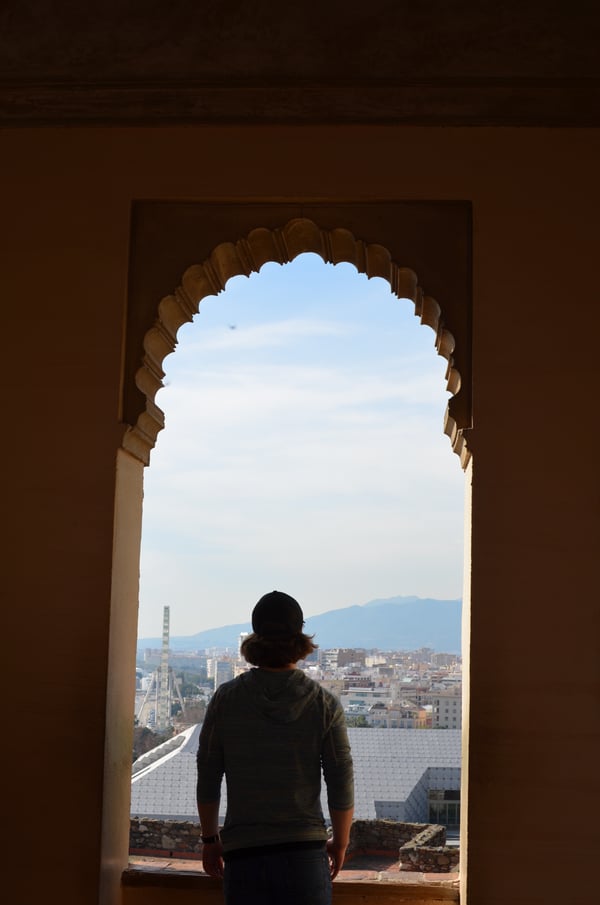 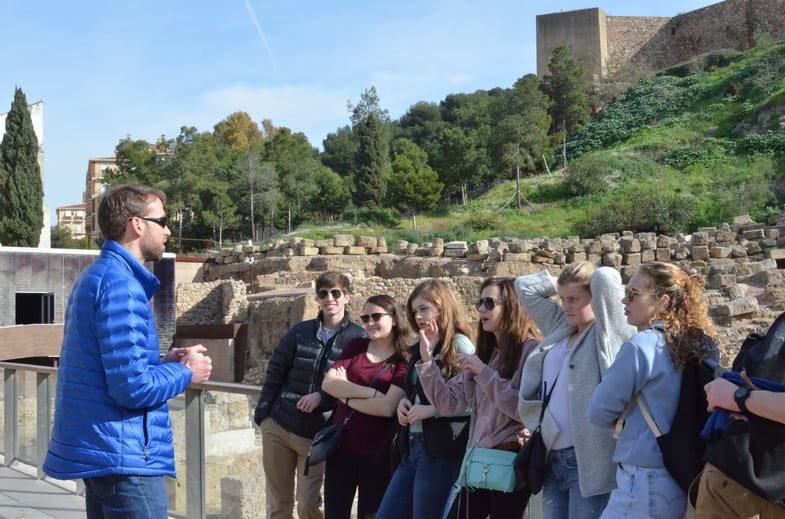 With Málaga's Roman theater behind!

On our second night in Málaga, we ate dinner as a group dinner at an Spanish-Argentine fusion restaurant. Our meal consisted of close to eight different dishes that we passed around the table, each one better than the last. After some gelato in the rain, we headed back to our apartment for a good night’s rest before our travels the following day. 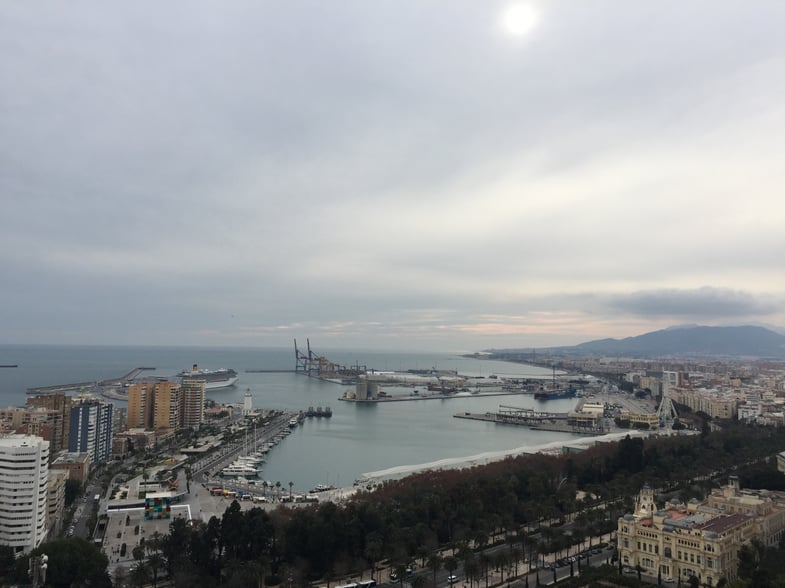 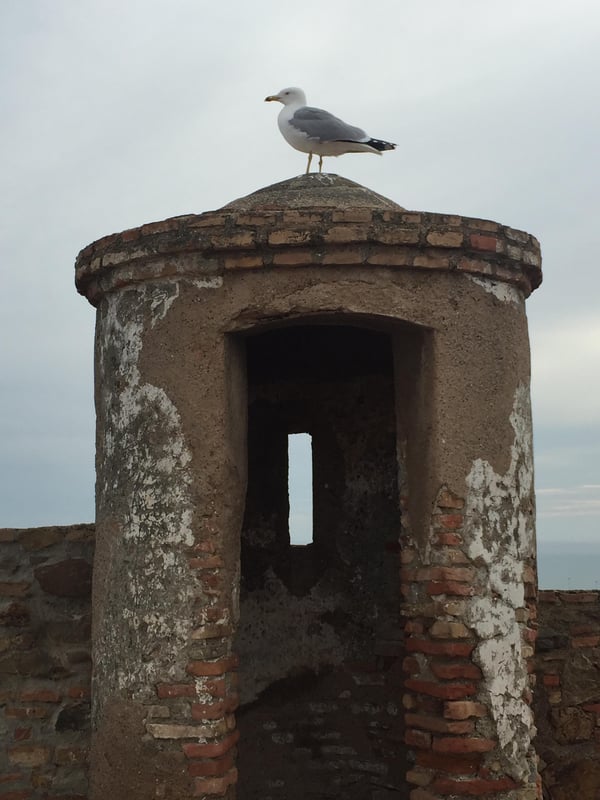 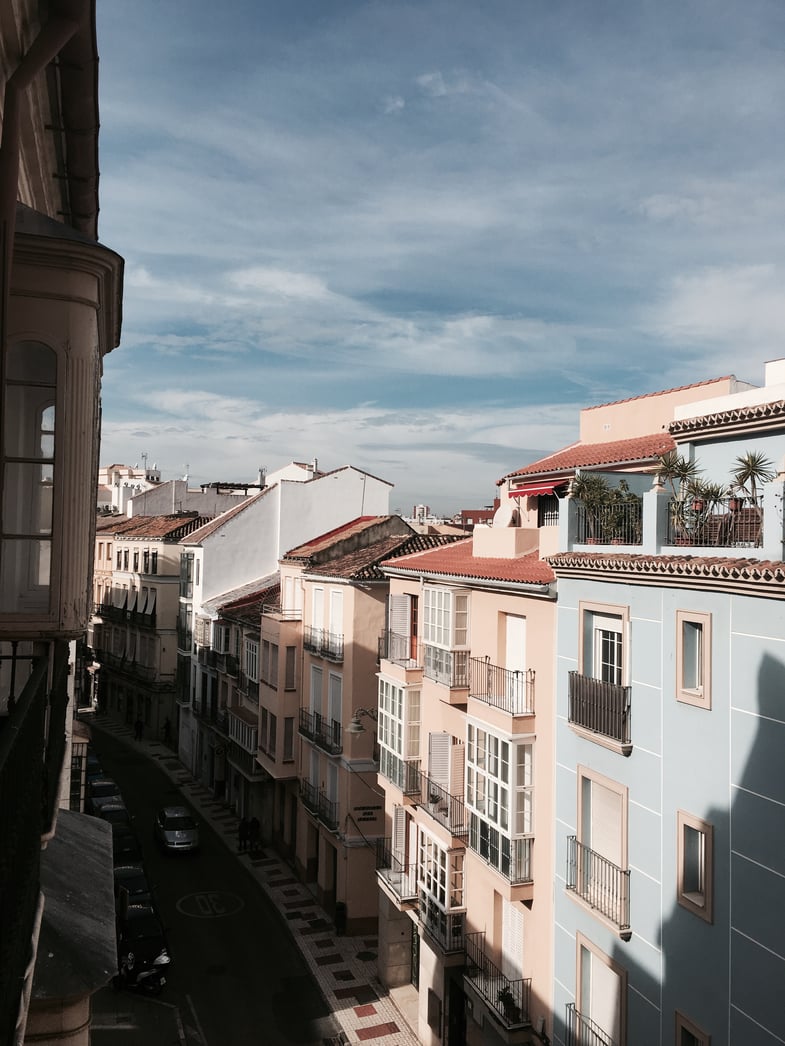 After coffee and pastries, we began our journey to a small coastal town, three hours east of Málaga, Cabo de Gata. 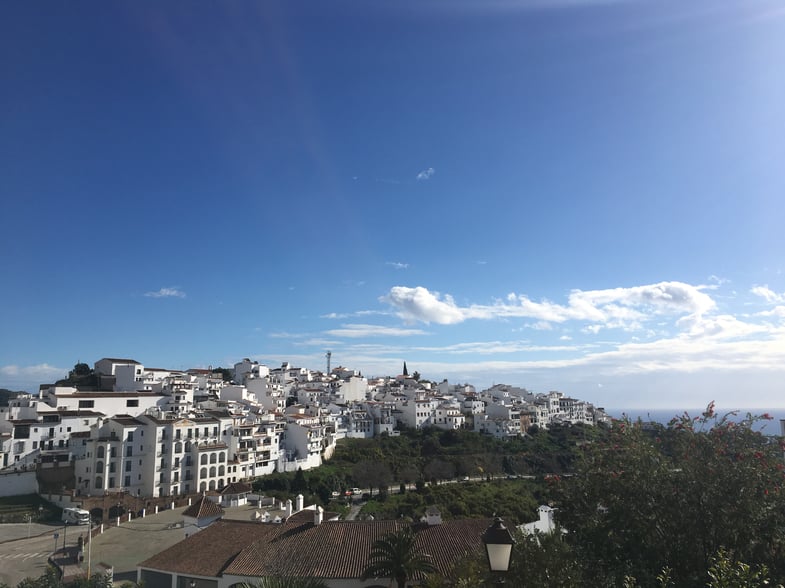 About forty-five minutes outside of Málaga, we stopped in the town of Frigiliana for lunch. We bought manchego, jamón, fresh baguettes, nutella and peanut butter to make sandwiches. The town of Frigiliana is perched on a hillside. It’s distinct white houses, each with a colorful door, stand out amongst the greenery of the mountain. We sat on steps and ate with the view of the valley below and Mediterranean Sea. 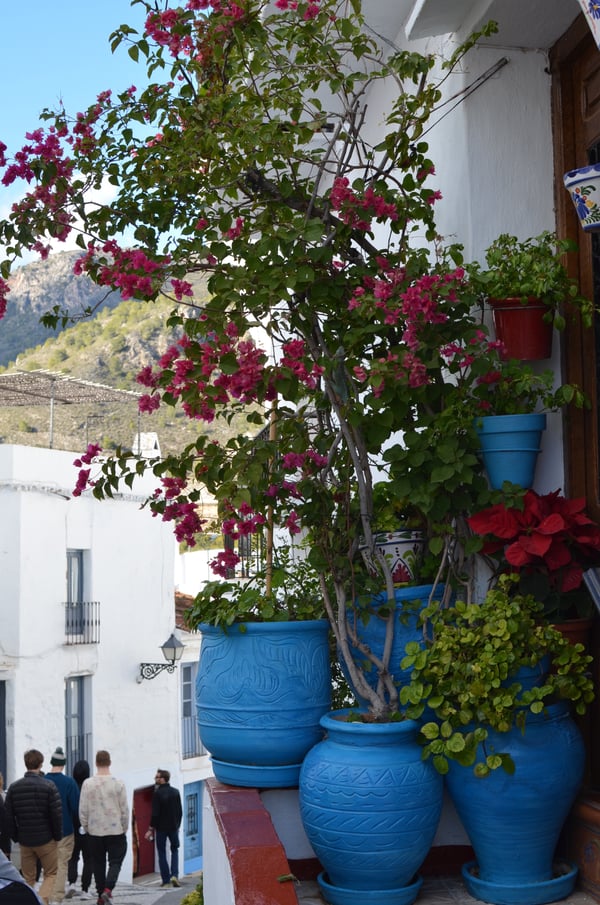 We took a walk to stretch our legs before the two-ish hours we had left in our drive to Cabo de Gata. The town was practically empty at that hour, with everyone eating lunch and taking siesta. The tiny streets and even smaller side streets wound us around houses and cafes. The quaint beauty and tranquility of the town contrasted the size and energy of Málaga. 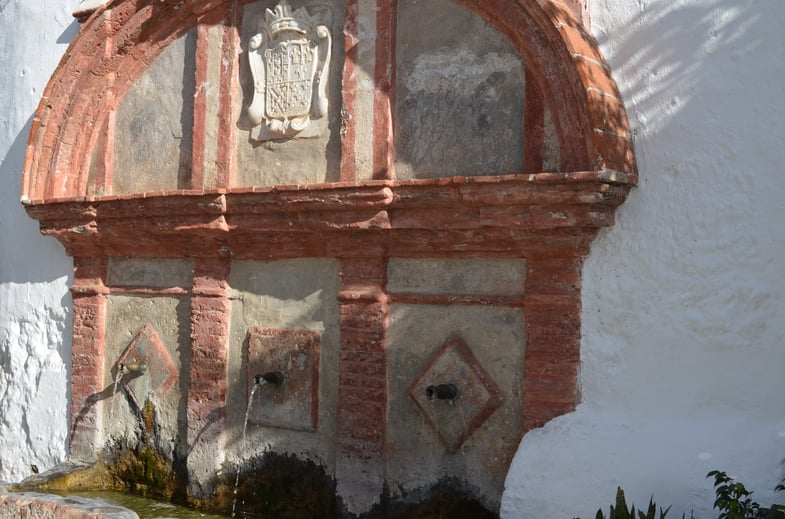 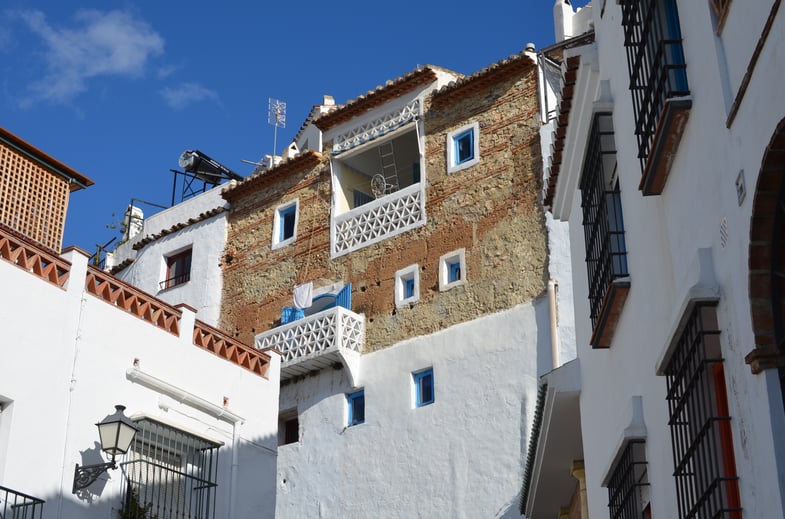 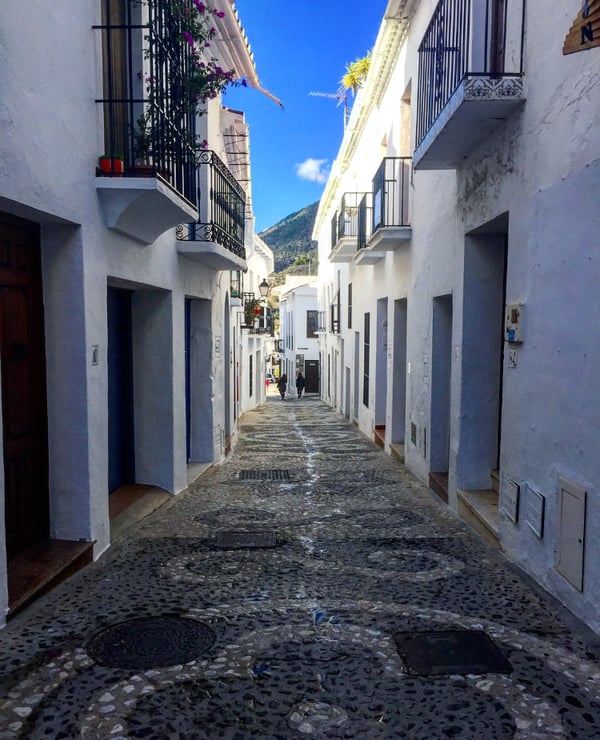 We drove along the coast for another two hours, passing “the sea of plastic” as we went. Andalucia is known for its agriculture, and some of the land is so completely covered in greenhouses that it has been dubbed “mar de plastico” or “sea of plastic”. It was a shame to see the land, some directly on the water, scarred by these agricultural activities but the clementines were to die for! 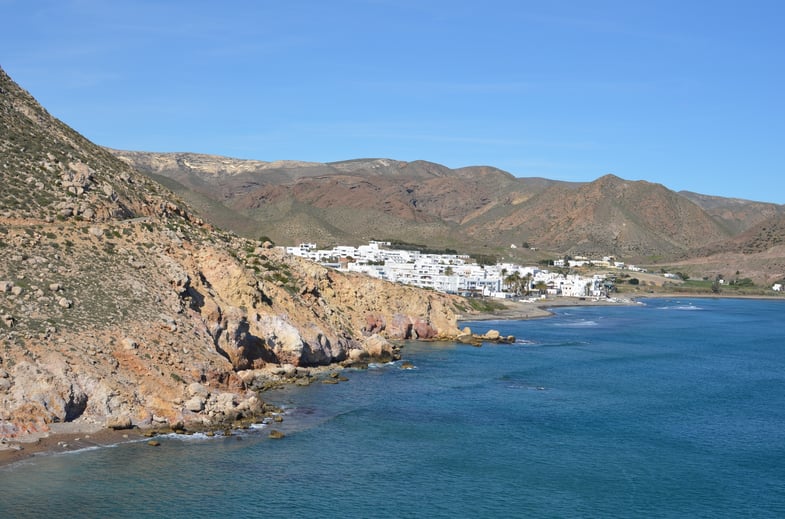 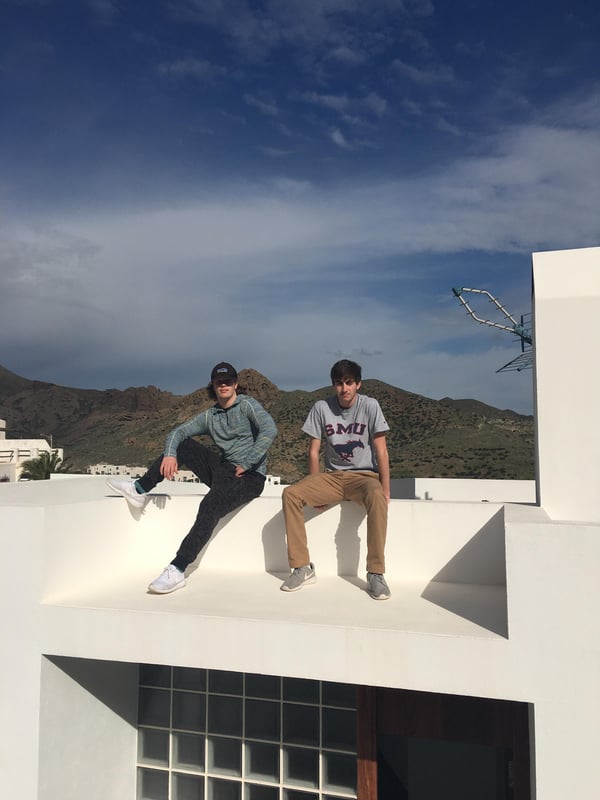 We arrived at our house and took in the breathtaking view from our beautiful house. With a terrace, pool, and beautiful architecture, the house was more than we could have ever imagined. We used the kitchen both nights to cook gourmet meals of fajitas and homemade pizzas. One night, on account of needing to practice a little Spanish, we turned the kitchen into a Spanish-Italian Restaurant and hosted three people at a time to try the latest pizza creation, speak Spanish, and enjoy a glass of wine. 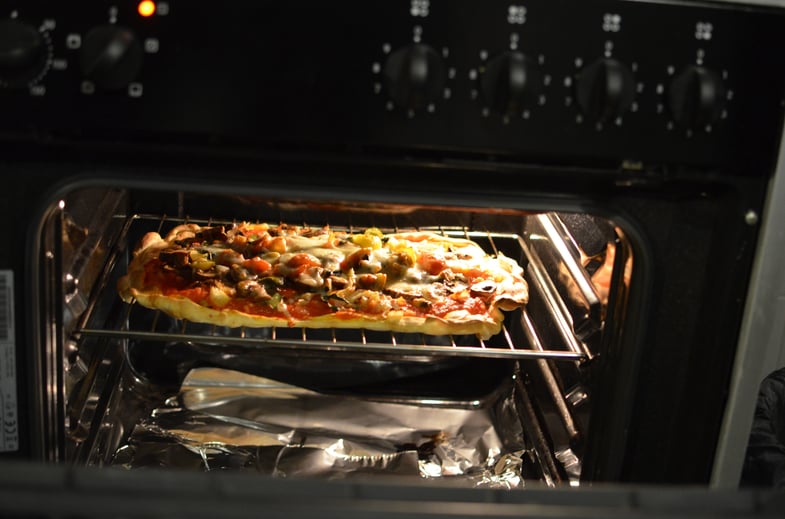 Over the weekend, we were split into two groups and assigned a project to create a Spanish MTV Cribs movie of our house. The groups each created a movie using the Spanish vocabulary we have been learning and what we already knew to give a tour of the house.

On Saturday morning we hiked forty-five minutes to a beach in Las Negras, Cabo de Gata. The shoreline of the Mediterranean is cliffs spotted with beaches. 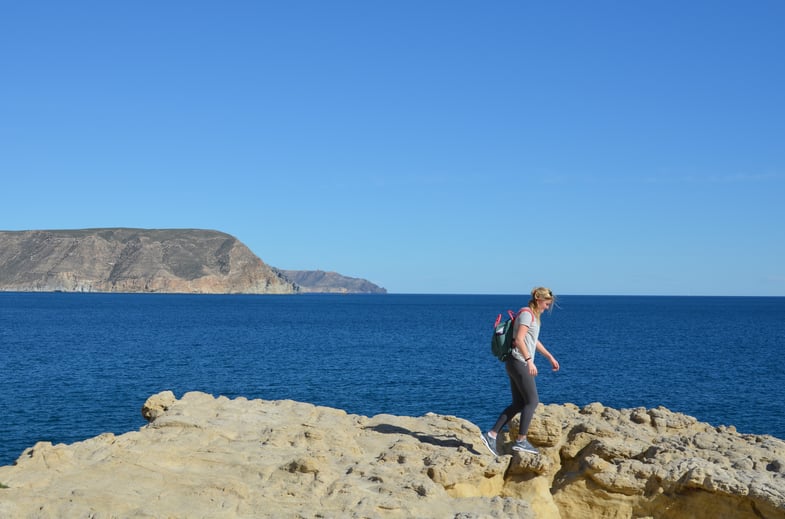 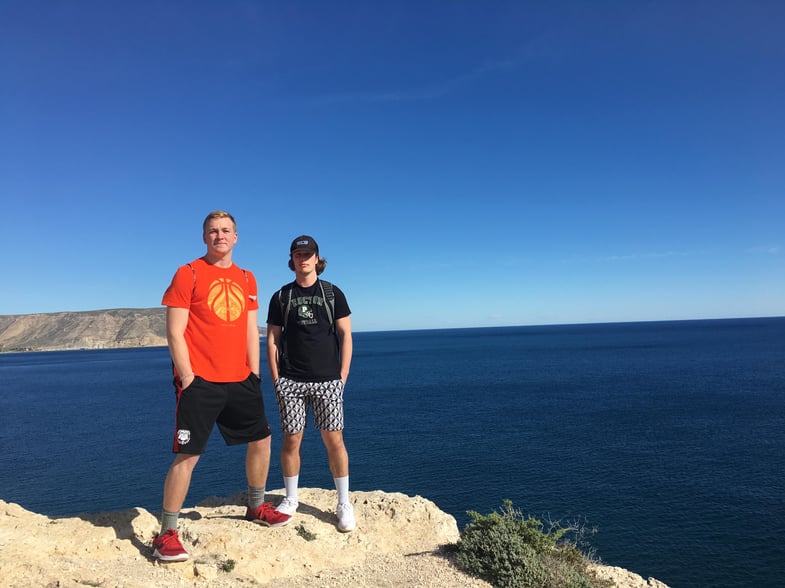 We spent the afternoon on the beach, eating our bocadillos (sandwiches) and taking in the warm sun. Some of use were daring enough to jump into the freezing cold water. Ian even managed to swim in it for close to fifteen minutes while others watched from the shore getting goosebumps just watching! 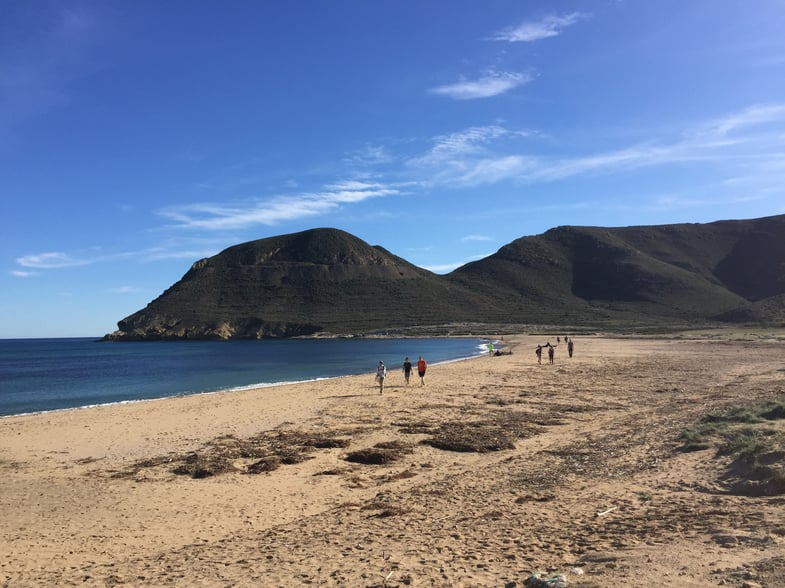 We stopped along the way to take in the scenery and document it with pictures. We passed a couple with a friendly black lab who became an honorary group member! 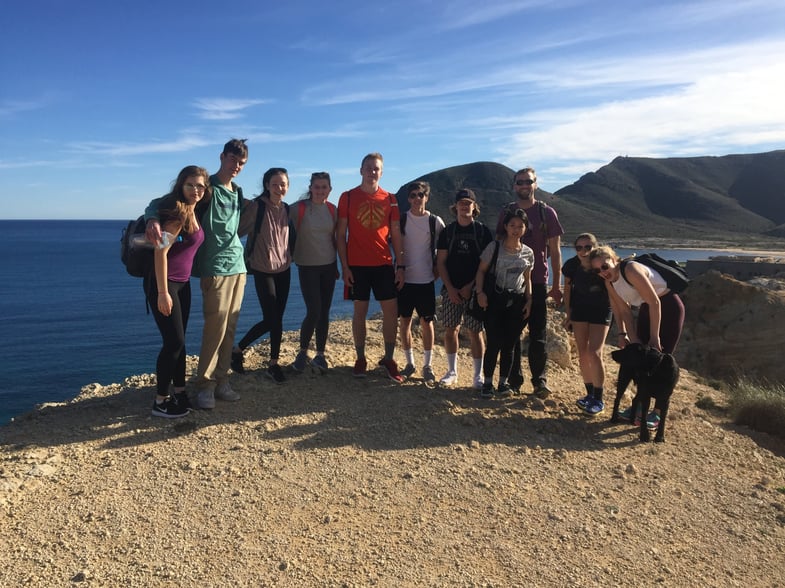 Before heading back to the house, we stopped at a beachside cafe to relax and drink a cafe con leche with the view of the Mediterranean. 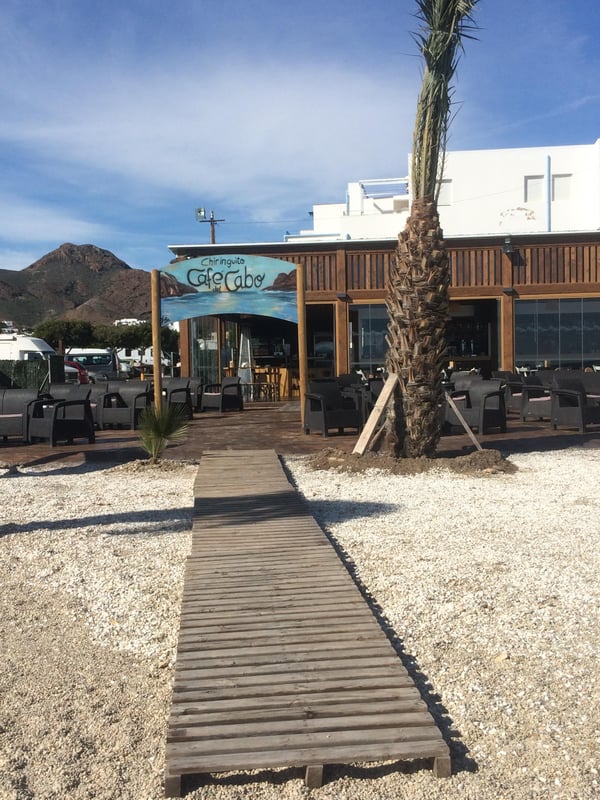 On Sunday, with heavy hearts, we packed the cars once more and set off back to Málaga to catch the train to Madrid.