Cristiano Ronaldo is coming down the right side of the field with the ball. This mastermind of a soccer player is not thinking about the 68,000 people screaming for him, watching his every move, nor is he thinking about how the home team is down 0-1 and it’s a must win. Ronaldo’s mind is locked on to the field, and as he dribbles the ball he is processing in his head where every defender is, what they may do and what he must do to get past them. Out of the corner of his eye he sees Bale open. He can read his fellow teammate’s mind, knows where he is going and knows where he would like the ball. And, in less than a second, Ronaldo strikes the ball in such a perfect way that it sails across the field, over all the defenders, curving in midair to perfectly hit Bale to head it forward to score a goal. The second Ronaldo passed the ball he knew Bale would put it away; now all he had to do was watch.

The ball is about to land in front of his teammate and before it can hit the ground Bale plants his feet, jumps, and heads the ball past the goal keeper. The crowd roars and the whole team runs together hugging each other and doing their celebrations. No matter how many games they have played in their lifetime, how many goals they have scored in front of so many people, it can always make them happy, it can always make them feel on top of the world. 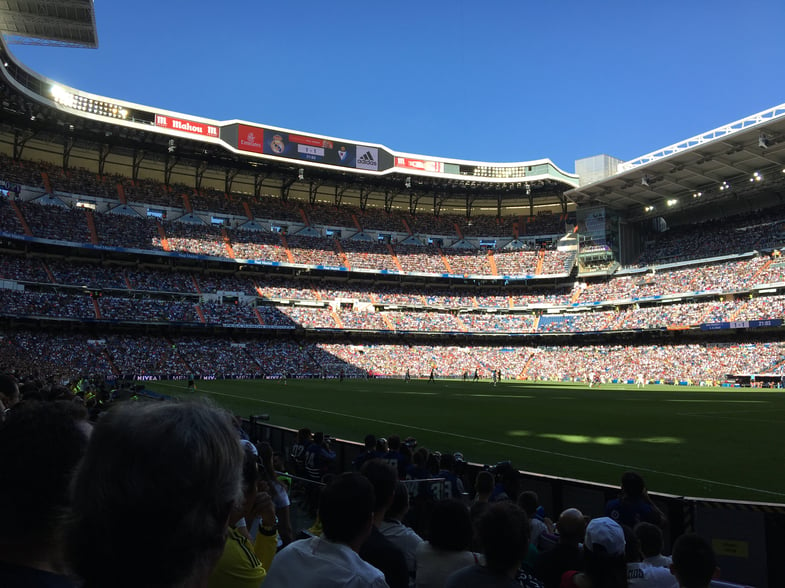 Standing outside the Estadio Santiago Bernabeu, the roar of the crowd shook the ground. The constant flow of more and more fans entering the stadium was never ending. As we made our way through the thick crowd, the cheers got louder and louder. The walk into the stadium felt like an eternity. The cheers of the fans made it seem like they were cheering for me. When the tunnels opened up to the stadium, it was like walking into a whole new world. Almost every seat in the entire place was filled. The crowd screamed even when the players weren't on the field. It was unlike any sporting event I have ever been to. The roar of the crowd rattled my brain for the entire match. The crowd lost its mind when Real Madrid scored. Everyone began cheering. When the other team scored, the screams stopped and the stadium fell silent. Towards the end of the match, when the Real Madrid fans knew the game was going to end in a tie, the crowd started dissipating. The screams stopped, and it felt like I was at a different game. I cannot wait for the day to come when I can go to another professional soccer game.

Peeling back the layers of history by journeying from modern Madrid to Hapsburg Madrid and the Plaza Mayor. 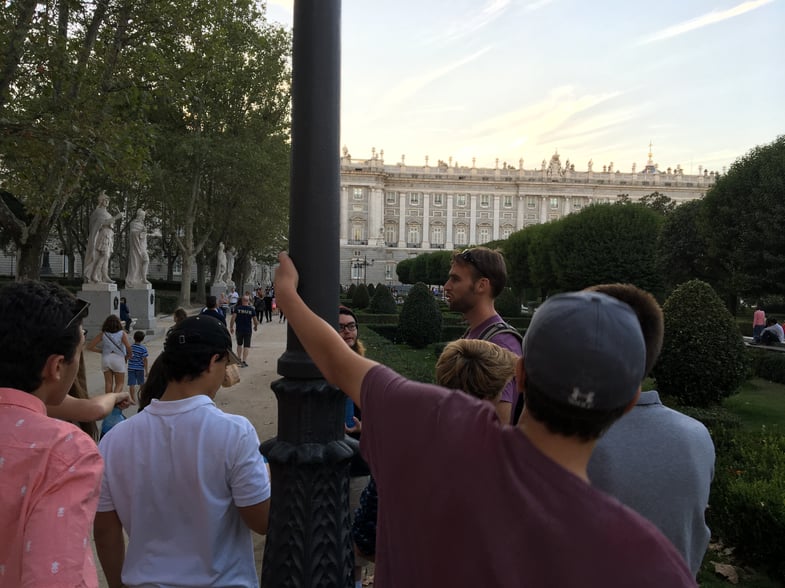 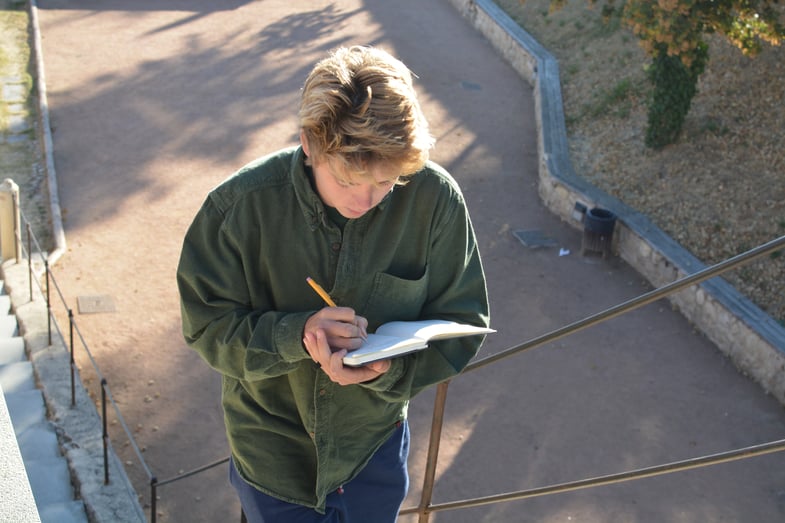 Yellow, orange, some tints of red
Nature's warnings of cold to come
The leaves will dwindle, from trees they shed
The creeping cold, a freezing numb 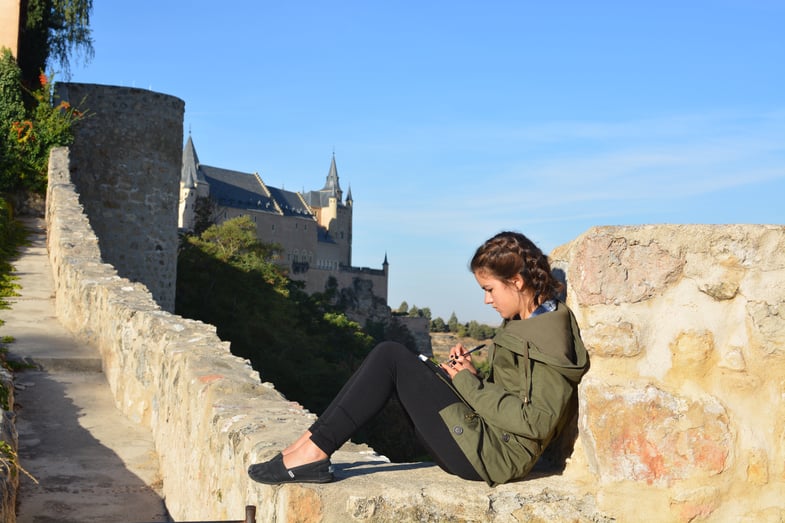 The view of Segovia's Alcázar from the wall and the Jardín de Los Poetas.

The La Rioja region of Spain is famous for the wine that is made here. The first day we drove into the valley and into a small city called Laguardia. There we had a great view of the entire valley. The sprawling valley was filled with grape vines upon grape vines. On the right side of the picture is one of La Rioja’s many wineries. (Photo credit: Tyler Chaffee). 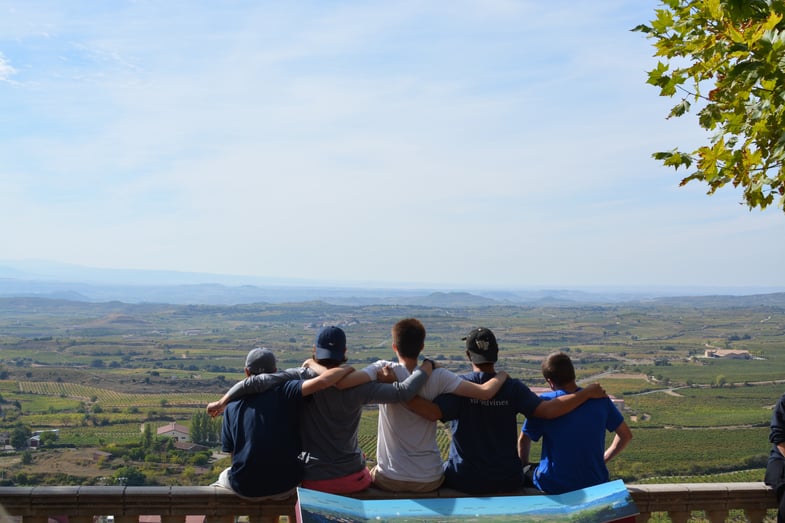 We took a trip to a wine museum and learned about the process of making wine and what type of grapes are used to make types of wine. In order for a wine to be called a La Rioja wine the grapes must be grown in the valley and contain a certain percentage of Tempranillo grapes. 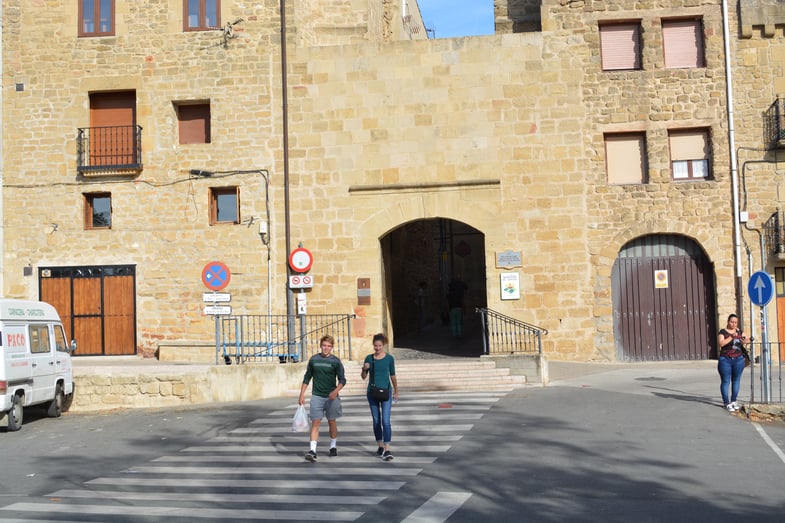 Exiting one of Laguardia's gates bearing treasure in the form of fresh produce! 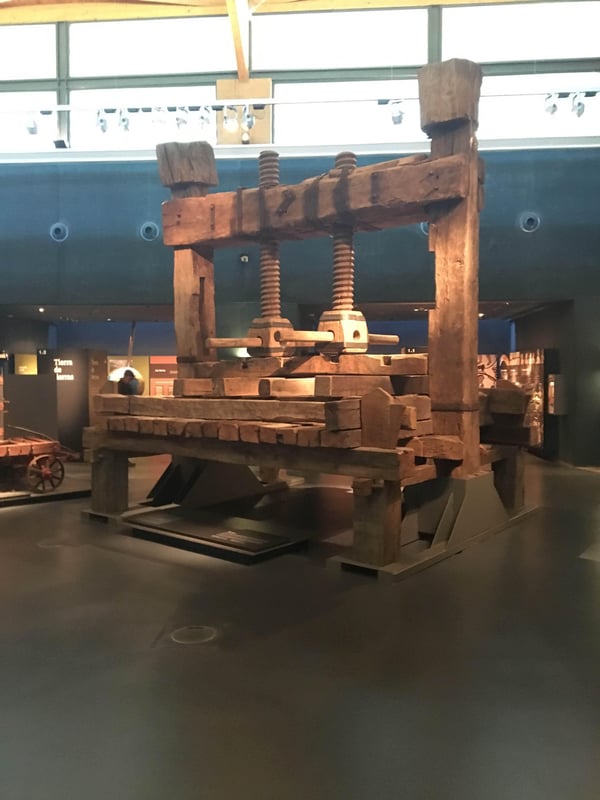 We also learned about how wine was made in early civilizations. Above is a grape press that was used before the modern machines. Wine first came to Spain with the Greeks in 600 B.C. (Photo credit: Tyler Chaffee). Kayaking on the Río Duratón in northern Segovia province. 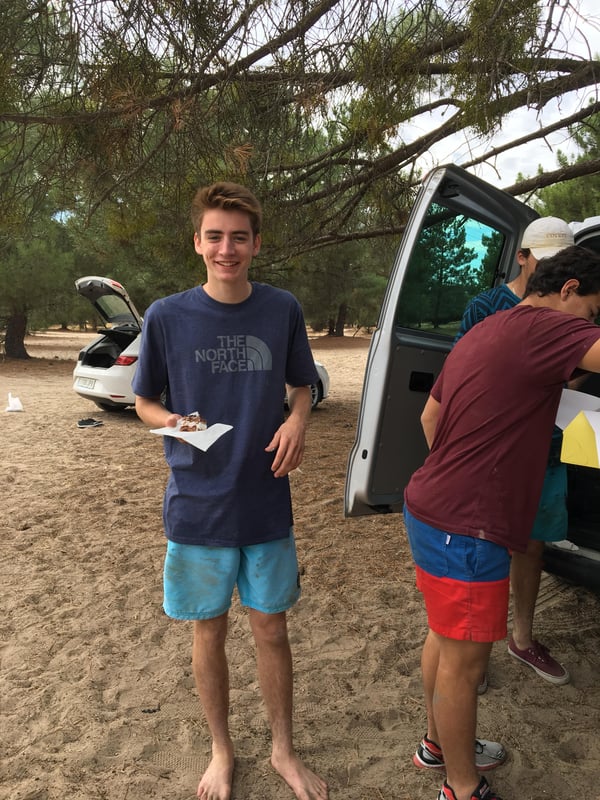 Enjoying spectacular views of the Castilian meseta from the Fortaleza de Santa Engracia in Pancorbo! 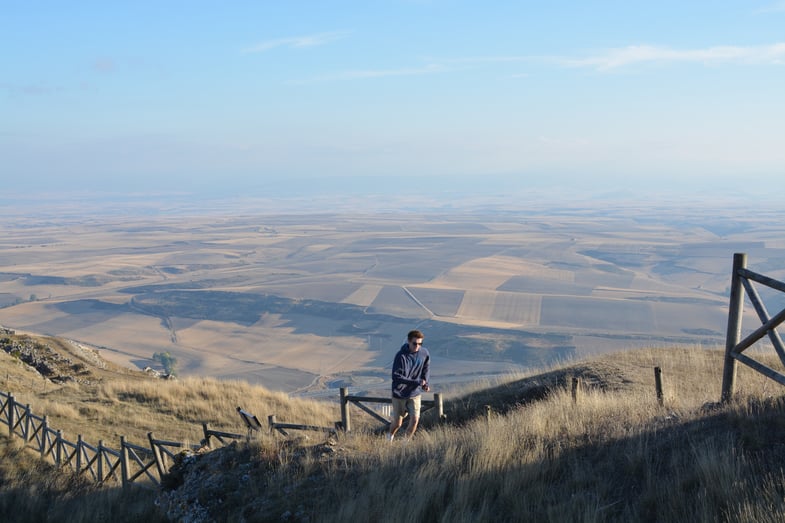 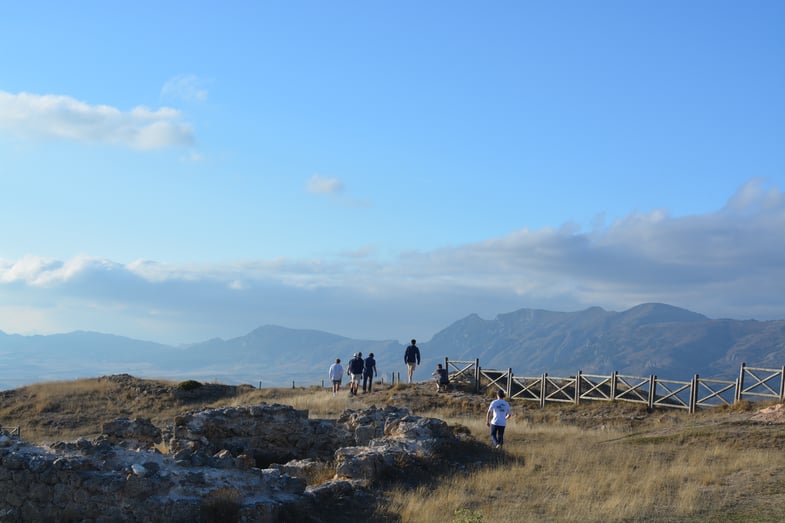 And views of La Cordillera Cantábrica!