Proctor en Segovia travels north from Segovia, passing through the medieval, reconquest-era town of Sepúlveda, visiting the majestic gothic cathedral of Burgos, and arriving in the wine region and culinary capital of La Rioja. Back in Segovia, students continue to explore the twists and turns of the old quarter and fill their afternoons with physical activity, art and volunteer work.

La Rioja is a small province in Spain that only occupies less than one percent of Spain’s population. It is known for its world famous wine and has grape farms that seem to go occupy almost all of the land.

The first night in La Rioja we went out to dinner as a group to a high-class restaurant which, of course, had food and wine from the local area. Our inner sommelier had been unleashed. 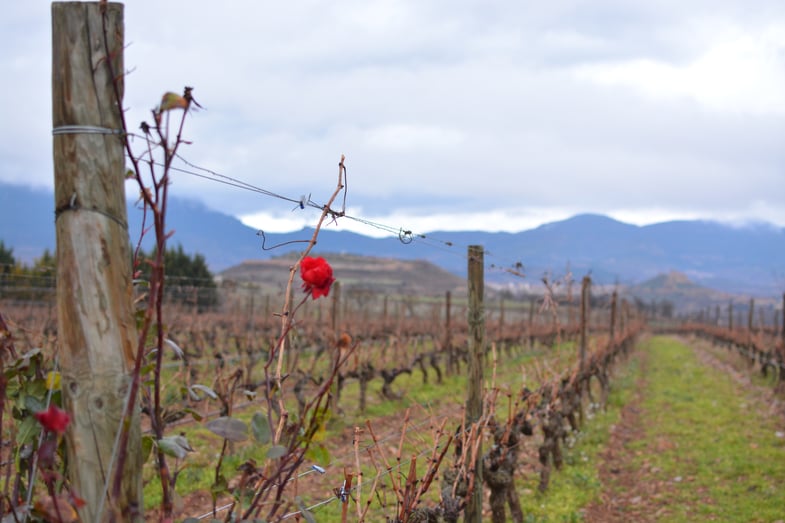 As my fellow classmate and I dove into our appetizer of a thin slice of salmon with hints of mango, we discussed the differences of the wine we were drinking from the wine we had previously tried in other regions of Spain.

Given that we don’t have much wine experience we came to one conclusion: La Rioja’s wine is simply better than wines from other regions we have sampled this term.

Accompanied later by a fine cut of steak, we tried to find other distinct flavors of the wine. We found that it had a earthy flavor with hints of flavor from the oak barrels that it had been fermented in. The exquisite taste and flavor of the wine made us more and more excited for the next adventure to come, The Vivanco Museum of Wine Culture. The restaurant experience in La Rioja was just the beginning of our curiosity and desire to learn about the art and truly intriguing process of a making a fine, unique wine. 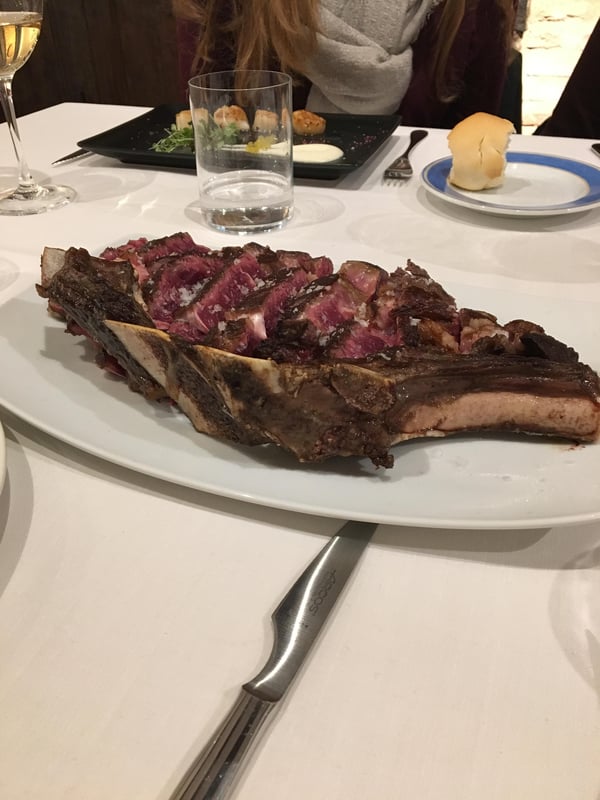 Our first full day in Rioja we visited the Vivanco Museum of Wine Culture. The rooms of the museum were set up in a time-lined fashion from the farming all the way to the bottling.

As we entered the first room we saw ingenious displays of antique tractors and farming equipment. They had explanations of everything from the soil types, to the care of the vineyard throughout the year and harvesting of the grapes.

In the next two rooms we learned about the science behind the fermentation of the grapes and the smooth and careful stirring of the grapes, along with the evolution of bottling and barrel making. We could touch and smell the wooden barrels that have to be heated and toasted to bend the staves so they can be held together by metal hoops (and to bring out the flavor of the wood). 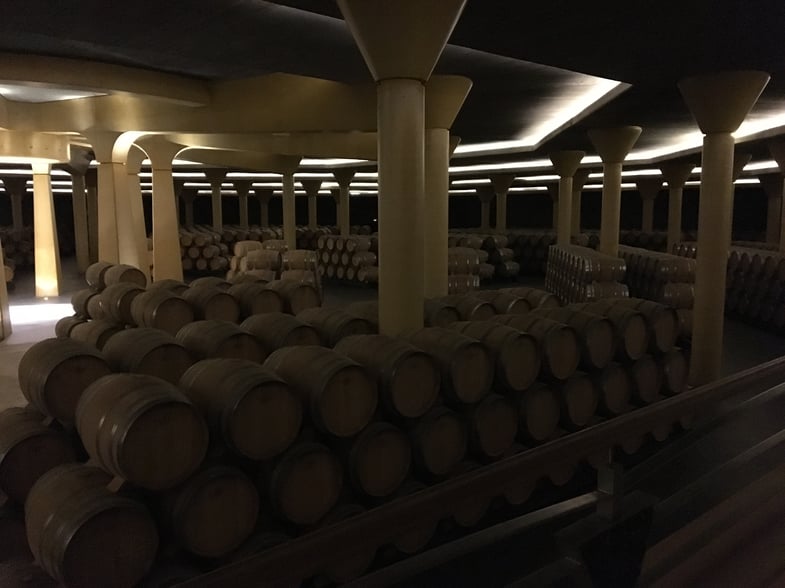 As we made our way through the museum we were captivated by a smell of fermenting wine. We followed our senses which led us to the jaw dropping barrel aging room, where there were endless barrels of wine in every direction, each barrel containing around 300 bottles of wine.

As we entered the next room we couldn't help but smile as we experienced a full museum of over 3,000 corkscrews. They had everything from corkscrews carved out of antlers, to walking canes with corkscrews in them. 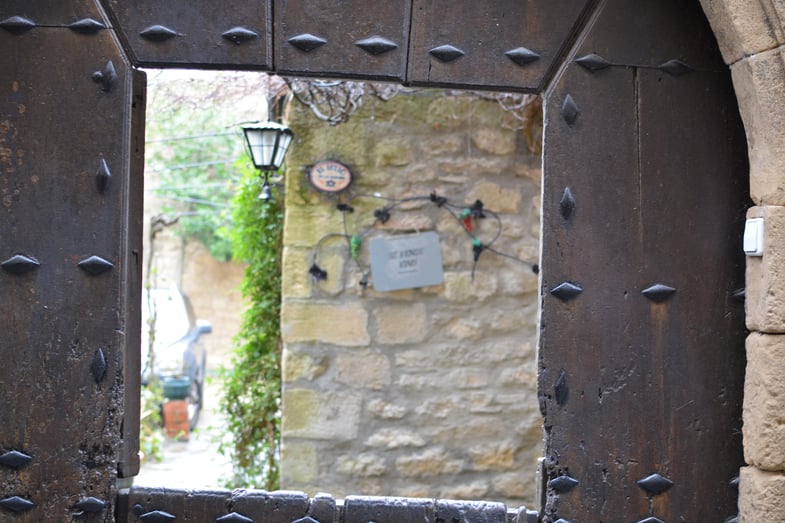 Just down the road from Briones, La Rioja (wine museum) is the stunning hill town of Laguardia, Basque Country. 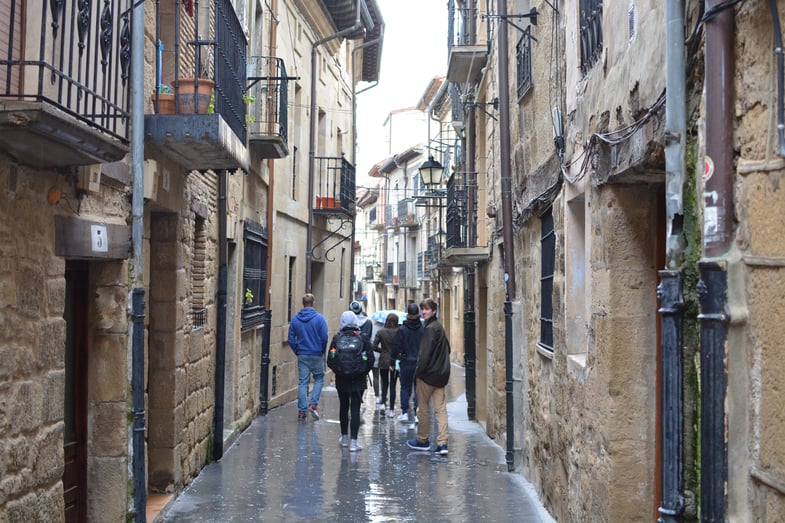 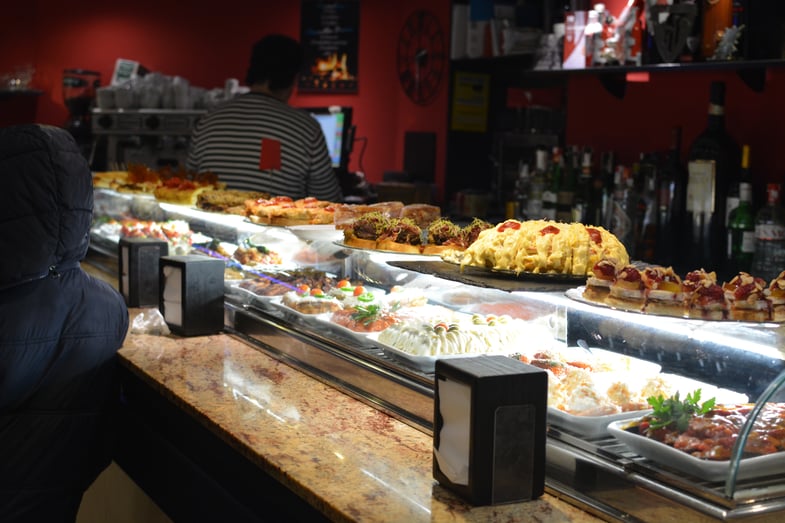 Laguardia, on a Saturday, was teeming with well dressed locals walking quickly through the rain in the direction of their favorite pintxos bar (Basque version of tapas) for lunch!

To end the day we split up into two separate groups and each made a meal. One group a fettuccini Alfredo, and the other a pasta with a tomato-based sauce, sausage, pepper, onion, and garlic. We tasted wines from the Vivanco Winery and tried to comprehend the different flavor profiles of each.

Students filmed "Masterchef" videos in Spanish as they prepared a delicioius meal! 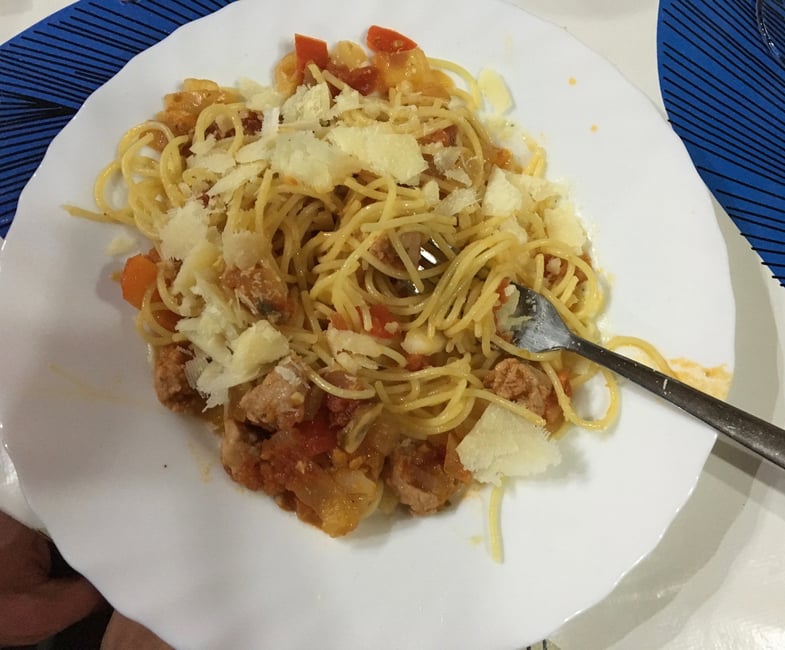 Proctor en Segovia visits one of the oldest Reconquest period towns in Segovia Provice, Sepúlveda (on the drive to La Rioja).

Just north of Sepúlveda is Burgos, its Gothic Cathedral unrivaled in Spain and an important stop on the Camino de Santiago. 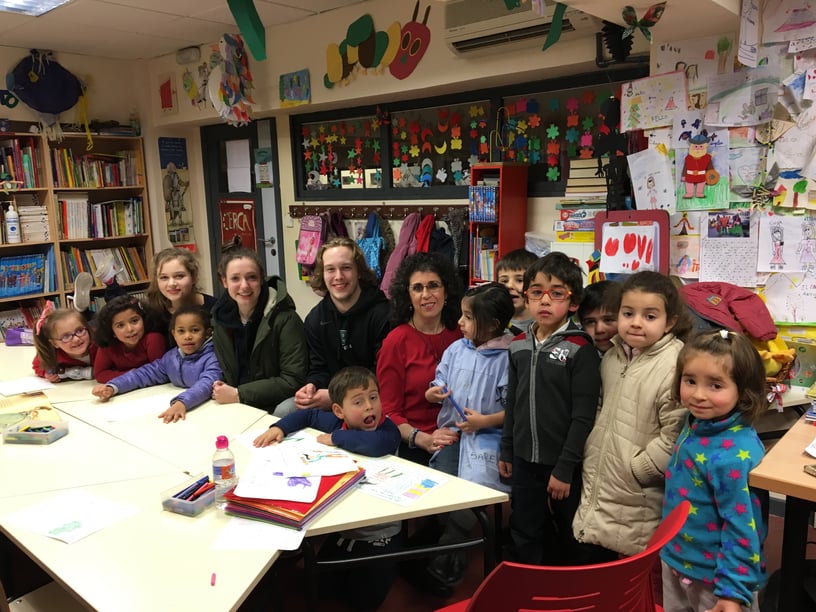 Back in Segovia students volunteer at a local "cultural center" afterschool program. 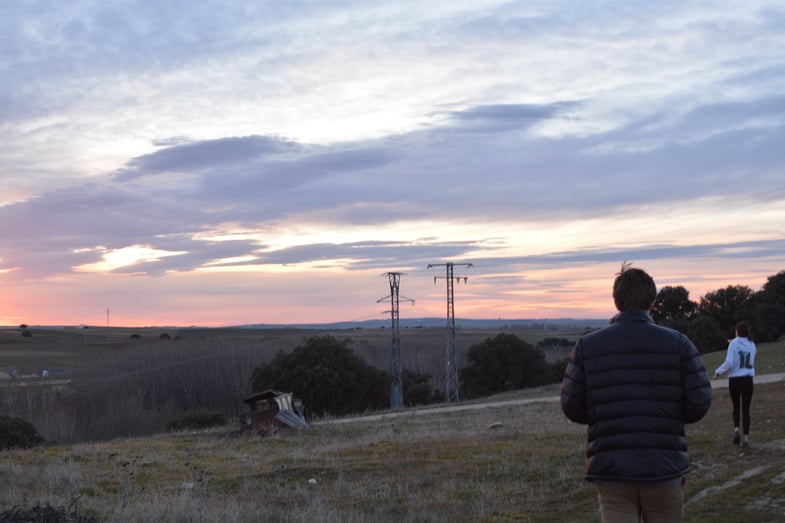 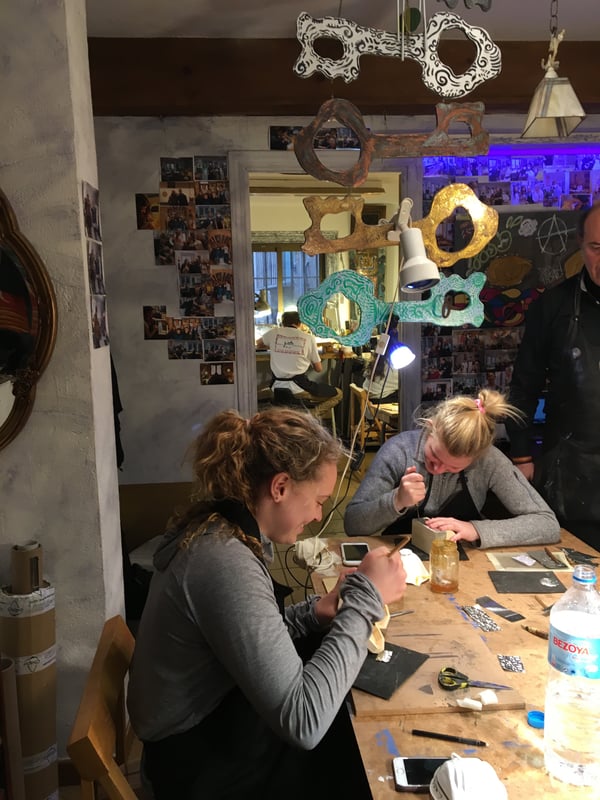 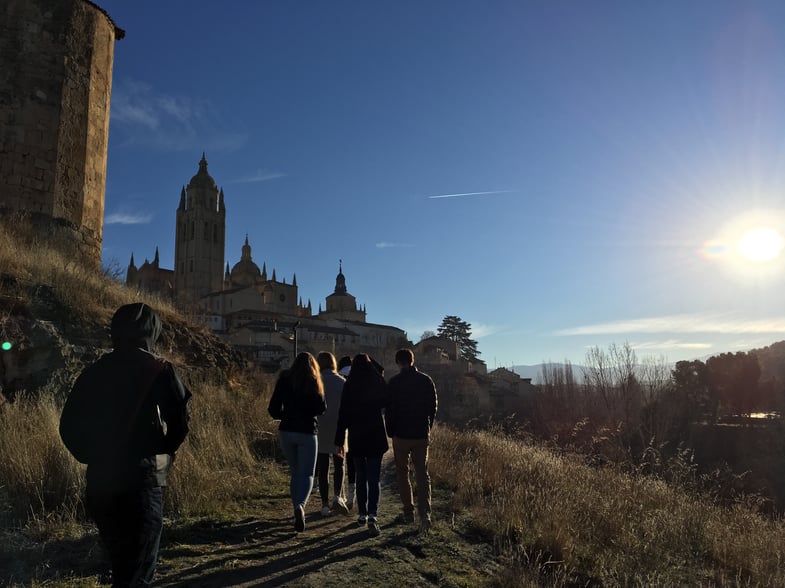