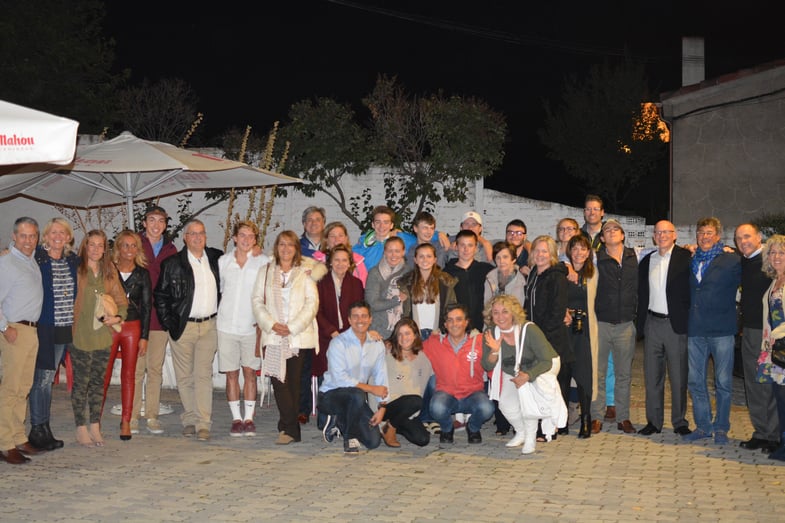 I remember standing there and being shocked. I felt like it was almost a complete coincidence. Here I was in Segovia, Spain, and, all of a sudden, I realized that my two worlds had just clashed. I have become very used to my Spanish family, feel comfortable with them and feel that I am at home with them, and, of course, I feel comfortable with my own parents, who I have been with for all of my life. Now they have come together in a moment that I will never forget. I remember seeing the excited look on my host parents’ faces. After all this time where this boy has been living with them, it was not until now that they have discovered a huge part of my life. 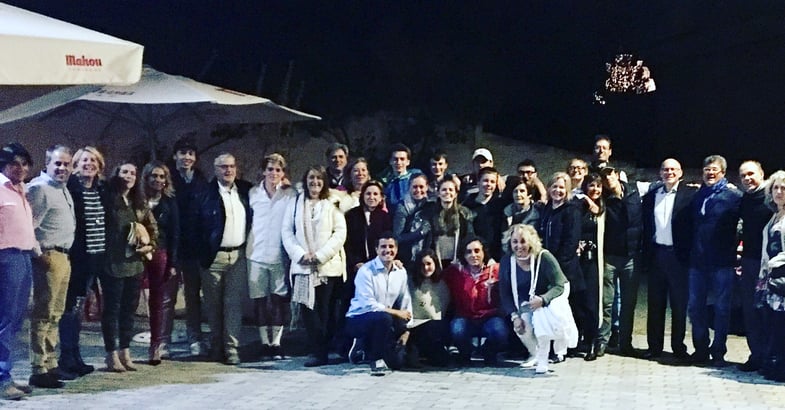 We were just about to eat, and I remember being nervous, asking myself questions and going through all the hypotheticals in my head. What if we had nothing to talk about? What if I fail translating? It all ended very soon. The language barrier was completely broken as I got the hang of translating things and trying to make sure I spoke a proper amount of both Spanish and English. As the dinner progressed we continued to have fun, the gifts came out and everybody was happy. It is in these moments where I can see the progress I have made, see how proud I am about myself, and, more important than anything, motivate myself to do better. Without embarking on this journey this wouldn’t have happened and I wouldn't be the person I am today. For that I owe a thank you to Segovia, a thank you to my host parents and all the people that are helping me make this trip the best it can possibly be.

Nicky writes in his Proctor en Segovia journal while gazing at Segovia’s medieval wall with El Pinarillo in the background.

Parker has found the perfect perch for writing! 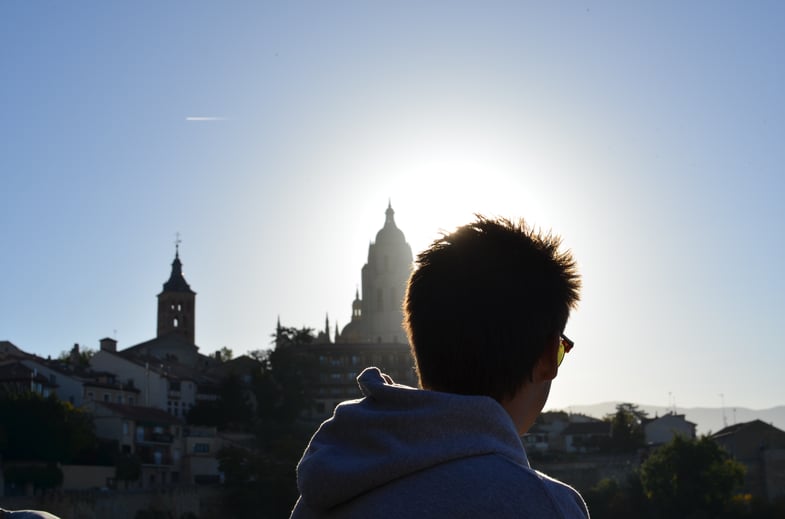 Hunter with a silhouette of our Segovia 16th century skyscraper, the Cathedral bell tower. 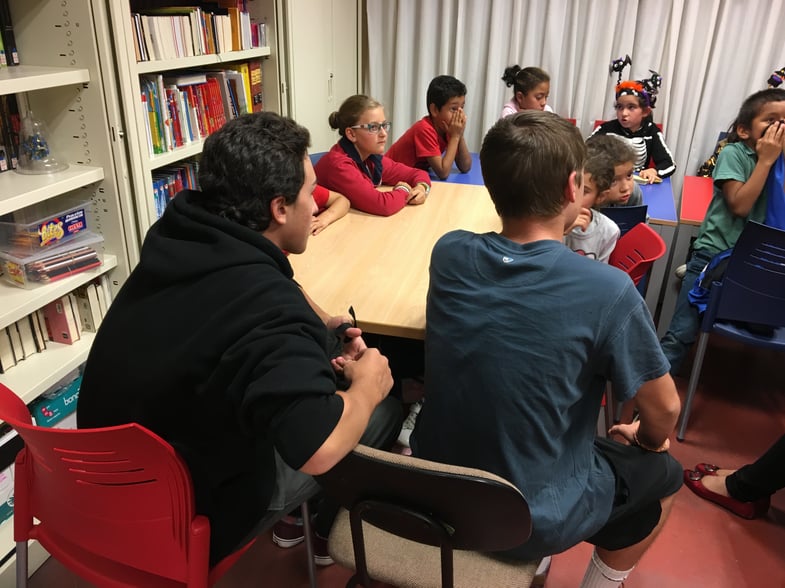 Living in Segovia, Spain has been an adventure for me. We do a lot of traveling around Spain, which is a lot of fun, but is also slightly stressful being in a new environment where no one speaks the same language as you. The one real constant that I have in Spain is my host mom, Julia. She is wonderful at making her home feel welcoming to me. She is always preparing food for me, and, if I don’t like something, she immediately takes it away from me and gets something else. She reminds me of my own mother a lot in the sense that she is so caring for me. I appreciate the little things she does for me.

I remember the first day I met Julia. I was so nervous to talk to her and interact because I thought that we would be so different since we are from totally different countries. I was so overwhelmed to be in Spain and to have to pick up the language so I could talk with my host mom and with the people of Spain. That first lunch she made many foods. There was vegetable soup, pork, beef, bread, and fruit. She spoke slowly and didn’t expect me to know exactly what she was saying. She still helps me a lot with my Spanish. 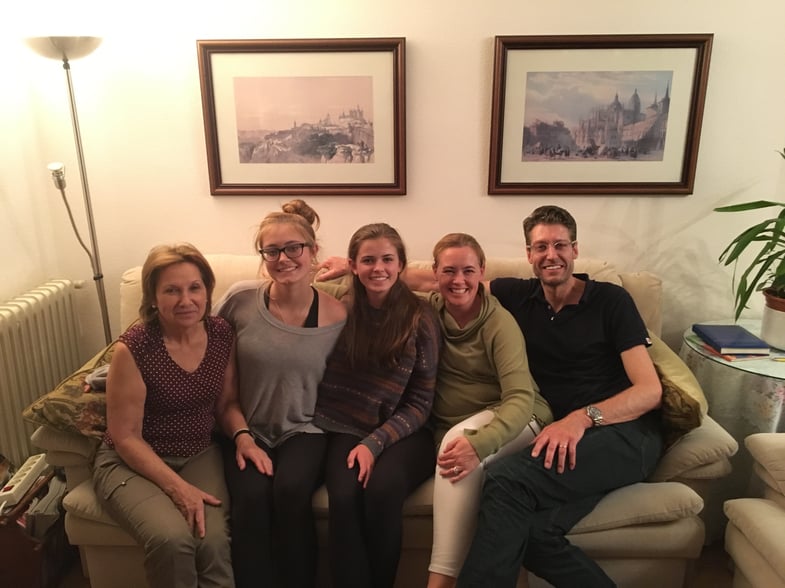 One of my favorite memories is having lunch with my host mom, her daughter and granddaughter. They were quizzing me on my Spanish by asking about general things one might find in a kitchen. They would point to something on the table, I would say what the word was in Spanish, and sometimes Julia’s daughter would ask what it was in English. I knew most of the Spanish words and it was an interesting and fun experience to share what I knew. 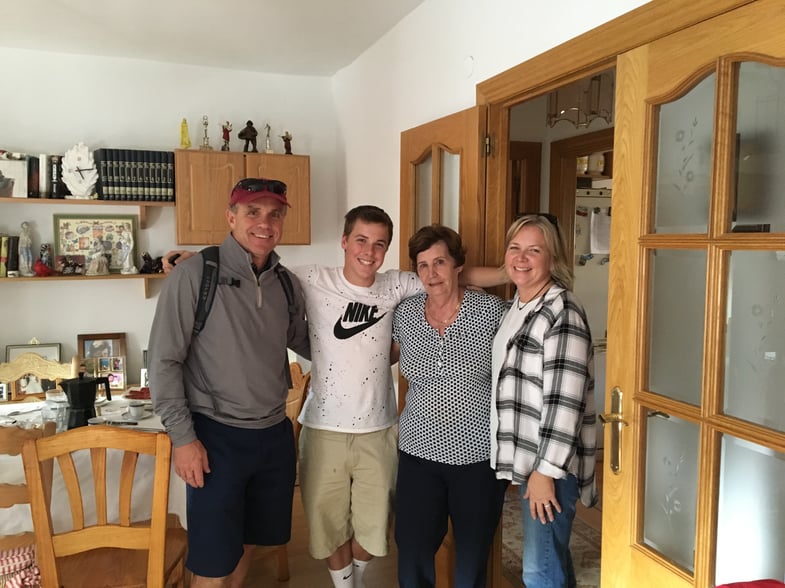 Connor, his parents, and his host mother Juana.

On the Saturday of family weekend students and parents alike hiked to Spanish Civil War trenches and parapets to take in the views of the valley of Valsaín below, the Guadarrama mountain range, and discuss an important offensive during which many Republican lives were lost and Franco’s forces held their positions. 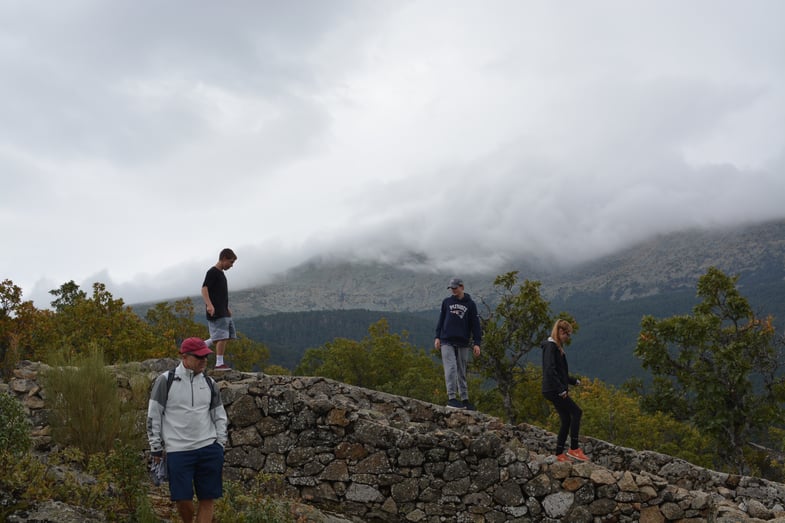 Today [the Sunday of family weekend], we decided to go to Pedraza to explore and see the Museo Ignacio Zuloaga. This was a castle home of the Spanish painter, Ignacio Zuloaga. We waited outside the castle until 1:00 where the tour was going to start, and we were upset when we realized that the tour was only in Spanish as my parents are with us and they would not understand. 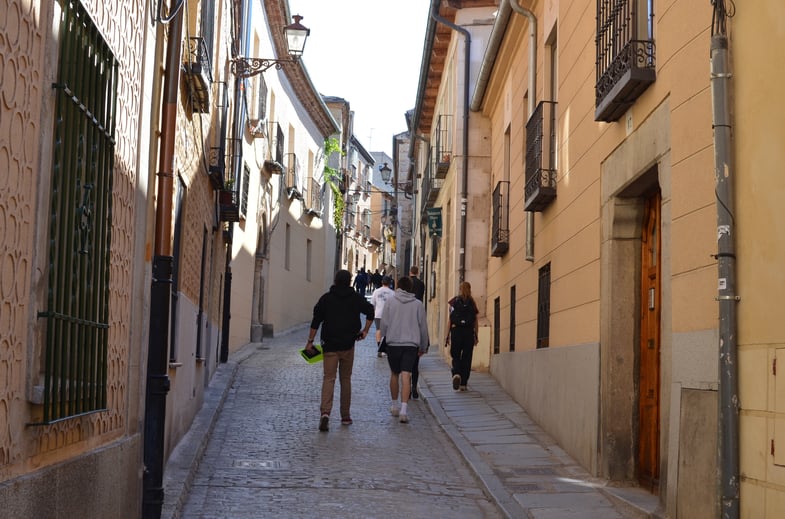 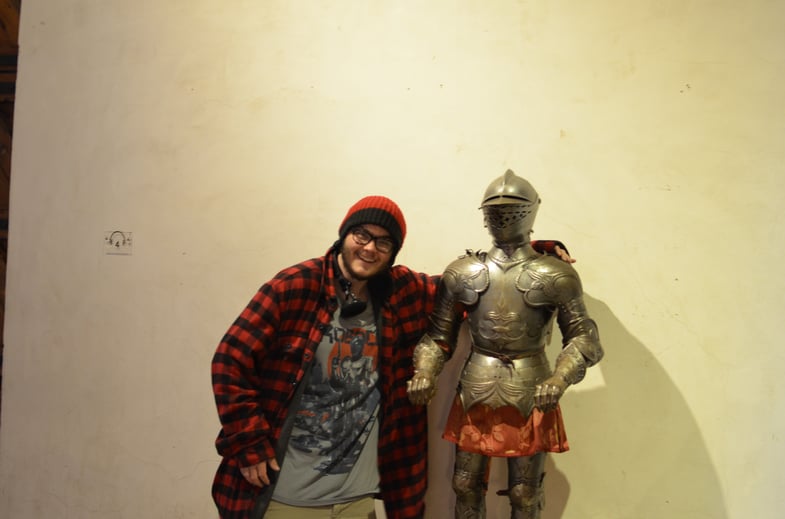 As we get ready to enter as a man approaches us who speaks English and offers to take us around the castle on a private tour. Gladly, we all follow the man as he starts to teach us about the history of this castle. He was clearly very knowledgeable about this castle; he seemed to know everything and was excited to share the information with others. We walked through and saw everything from the bathrooms to the bedrooms to where water is carried. After the tour my mother mentions wanting to go for lunch and our new tour guide insisted that he show us around the town and point out places to eat. We follow him around the town, learn that it is famous for lamb and are shown his favorite restaurant where we end up eating. Before we enter the restaurant my father offers the guide a tip, and what he responded with shocked us. “No,” he said. “I cannot accept this; this town is a part of my family.” “Really?” My dad asked. “Yes,” the man responded. “Ignacio Zuloaga is my great grandfather.” We all stood there in amazement. We did not know that this unknown man who was giving us a tour was actually a close relative to the important figure in art history that we were learning about. 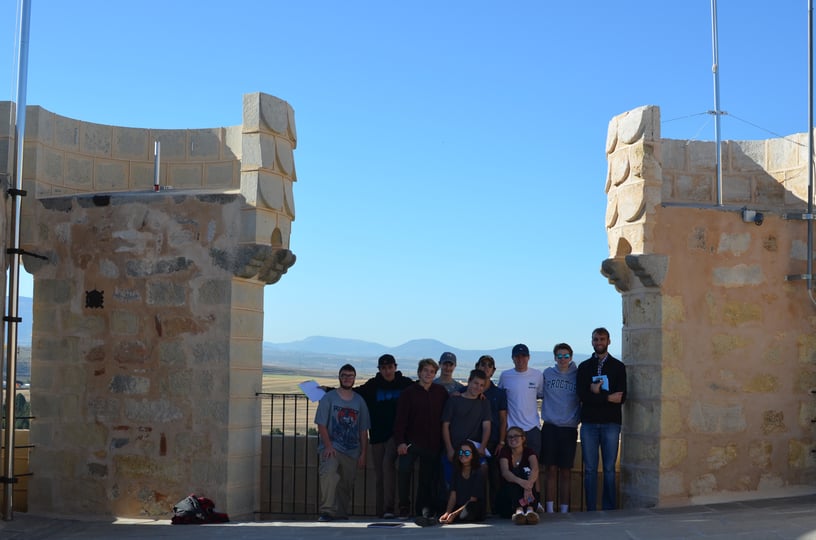 Hasta la próxima, un abrazo! Look for our final post of the term about our adventures in Sevilla, Cádiz, and the Costa de la Luz!