Proctor en Segovia: Tarde de Fútbol and Visitors from Across the Pyrenees

On Saturday, we had the opportunity to witness two of Spain’s finest displays of art: the Prado and an Atlético Madrid soccer match. Although I am mostly certainly partial to the beautiful sport, the Prado gave me a deeper appreciation for the arts. 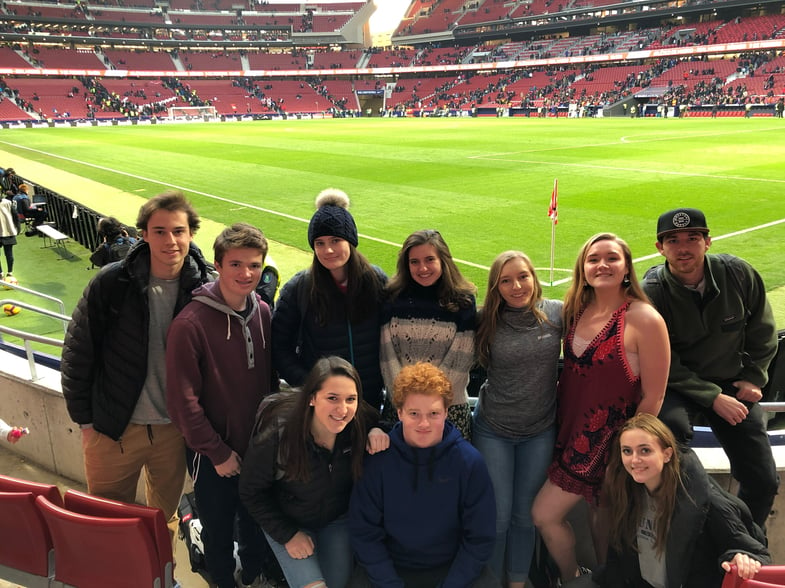 Upon arrival in Madrid, we sat on benches in the gardens in front of the museum, enjoying lunches packed for us by our host mothers and people watching. With so much around us to see, there is no need to be on our phones, scrolling through social media. The streets of Madrid provide plenty of live entertainment.

The treasures within the Prado were a culmination of sorts of our studies of Spanish history thus far. Goya’s work was right before our eyes, not masked by a projector back in our classroom in Segovia. It was exciting to feel history so close. After a few group discussions, Ryan set us free to wander the museum. The Prado is colossal, a work of art in itself, and it was quite a task to even find our way back to the lobby. 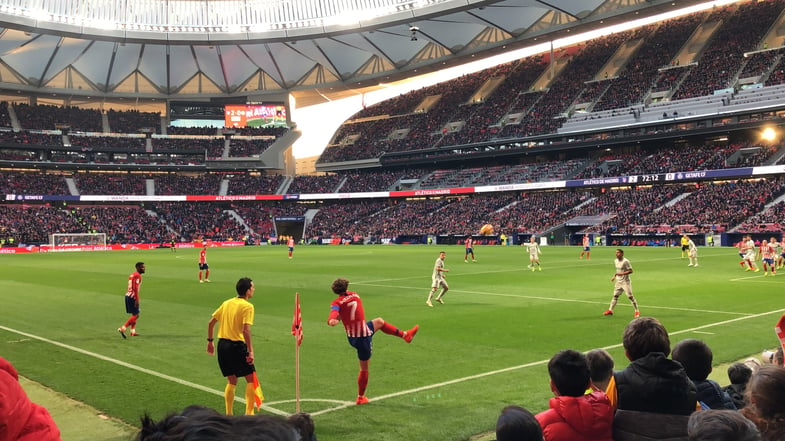 After rounding up, we were venturing off once again to experience another kind of Spanish art: fútbol. As we gathered into the metro once again, Jack, Ryan, and I reviewed excitedly the teams we were about to see battle. Atlético, lead by Antoine Griezmann, holds second place in La Liga - just behind Barca whom we saw play a week prior in the hallowed Camp Nou. As I told Rosa, our Spanish teacher, “Fue una experiencia religiosa.” Messi, my all time favorite soccer player, took over the field in the second half, after it was forecasted he would not play. He scored a godly goal and assisted another...I may have shed a tear. However, Atlético was a different experience entirely. The stadium was beautiful, only a year old and with an aura of energy to it, fueled perhaps by the intensity of the fans. Their rumbles and cheers echoed outside the stadium’s walls, even thirty minutes before kickoff. The sun shone on the grass, shimmering with the dew from the sprinklers as the artists danced with balls on their feet. The stadium quickly populated further, and cheers called in unison as the players took the field and lineup was announced. Griezmann quickly scored, playfully dodging a defender and placing the ball strategically and beautifully in the back of the net. The energy was tangible, as little girls and boys joined their parents in reciting cheers - a quintessential Spanish soccer experience.

Art is art. Luckily in Spain, it comes in many, beautiful forms.

So far we have had the privilege of attending two soccer matches. We watched the Argentinian legend, Messi, in action at the famed Camp Nou stadium in Barcelona, and not long after we witnessed Atletico Madrid gain victory over fellow Madrid team, Getafe. The Atletico Madrid game was full of excitement, beginning with the fact that we are the first Proctor en Segovia group to attend an Atletico game, a departure from the routine of Real Madrid games.

The Atletico game was an incredible experience. Almost the entire 68,000 person stadium was full for a La Liga match. The Atleti supporters sections’ chants rumbled the whole stadium from the first whistle to the final recitation of the anthem. It was a tremendous difference from the American sports scene. Atleti also seemed to be a family friendly club, as illustrated by the six year old behind me reciting the entire Atleti anthem by memory. Soccer in Spain is more of a cultural experience than just purely entertainment, as manifested by slogans of many teams, stating something along the lines of “more than a team.” For some Americans, soccer is considering “boring,” most likely because we lack patience and have a need for constant aggression and action. Soccer is a sport of beauty, and the fans certainly keep it interesting.

This past week Proctor en Segovia hosted European Art Classroom for a quick visit in the brilliant winter sun!

It was wonderful to see Proctor en Segovia alums Caitlyn and Patrick who are European Art Classroom members this winter. Here they are reconnecting with their host family (they had the same host family!)

After time spent together sharing experiences, exploring and buying produce at the Thursday market in the Plaza Mayor, and learning about the catedral and acueducto, EAC students accompanied Proctor en Segovia students to their host families for lunch. ¡Muchas gracias por la visita! 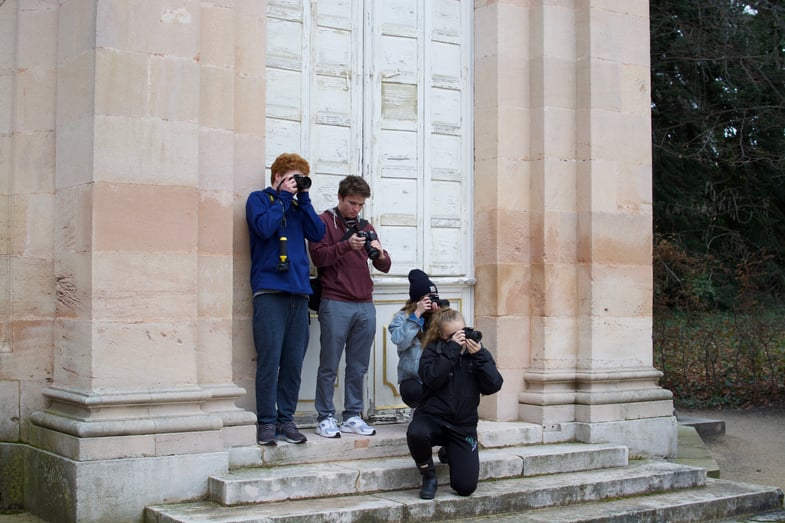 When in Segovia, afternoon activities continue. Here students travel to the gardens of the Palacio de La Granja to take photos. 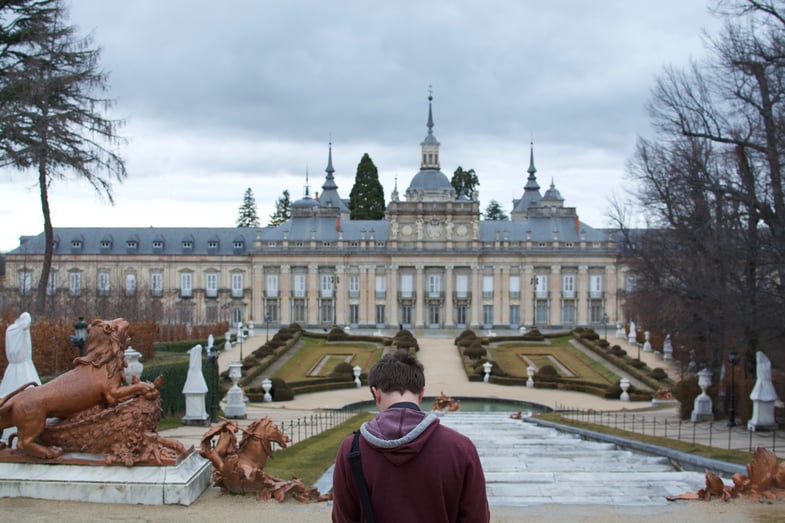 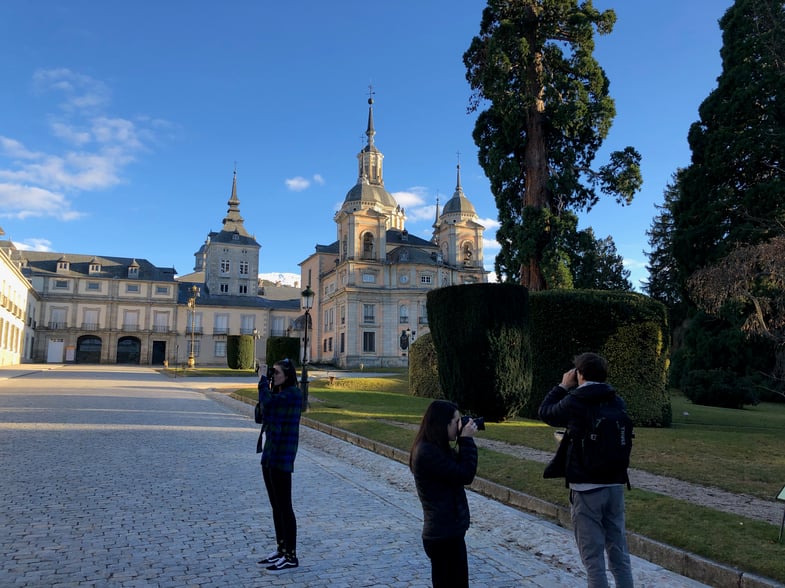 And to Romanesque chuches like the one in Sotosalbos. 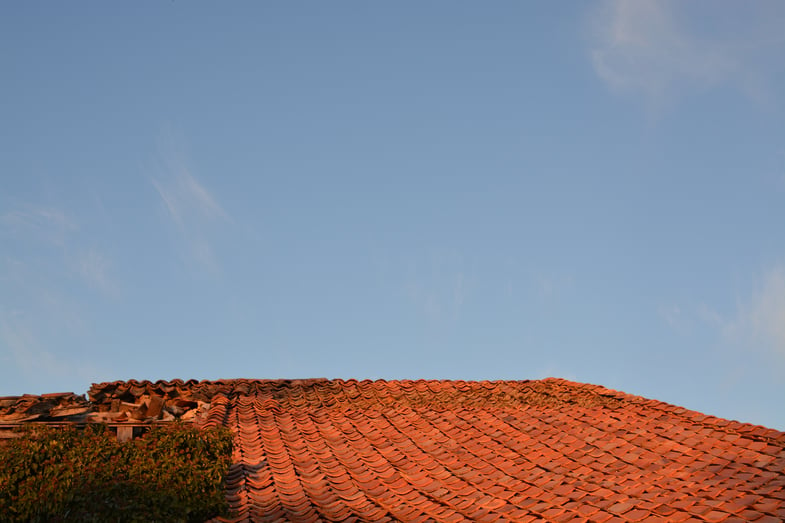 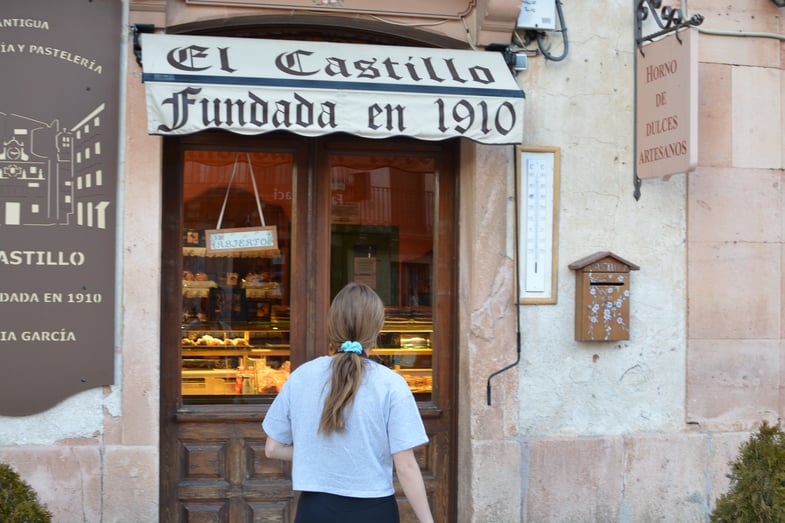 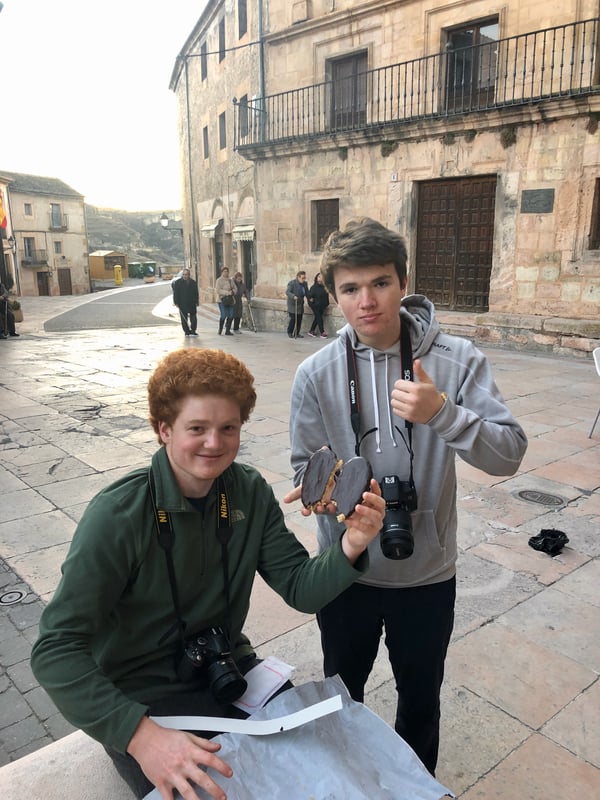 And, finally, splitting a heart-shaped palmera in Sepúlveda on the day after Valentines. Stay tuned for tales of our excursion to Sevilla. ¡Hasta muy pronto!