Proctor en Segovia: Why We Walk

The Camino de Santiago is a trail that starts in France and ends on the Atlantic coast of Galicia. People have never ceased to walk the trail since the discovery of St. James's remains in 812 AD. Historically the path is walked as a pilgrimage to the shrine of Saint James, but now people walk the trail for any number of reasons.

The morning after successfully completing 40 miles on the Camino, Proctor en Segovia students pause to reflect and take in the harbor views of Muxía. 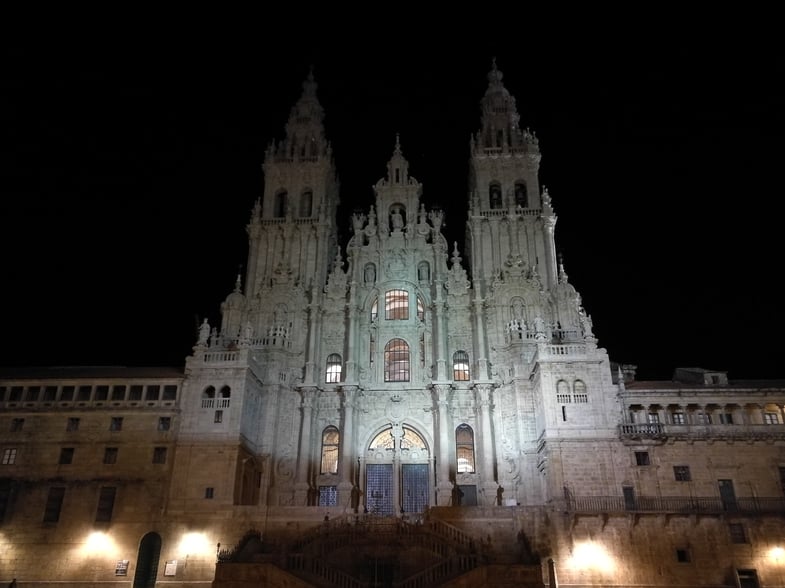 The Romanesque, Gothic, and Baroque cathedral of Santiago de Compostela, one of the traditional end points of the Camino de Santiago.

The Camino de Santiago is a trail that starts in France and ends on the Atlantic coast of Galicia. People have never ceased to walk the trail since the discovery of St. James's remains in the early 800s C.E. Historically the path is walked as a pilgrimage to the shrine of Saint James, but now people walk the trial for any number of reasons.

Although the students of Proctor Academy only hiked an abbreviated version of the Camino, walking forty miles is no easy task. Along the adventure, the pilgrims of Proctor visited distinct pit stops like Santiago, Santa Mariña, Fisterra (Finisterre), and Muxia (Mugía). Santiago is where our experience began. The group was introduced to the beautiful Cathedral holding the remains of St. James. We walked in and were all amazed at the elaborate gold decorations, high ceilings, and of course the world's largest incense burner. After this, the group set out for our hostel in Santa Mariña. 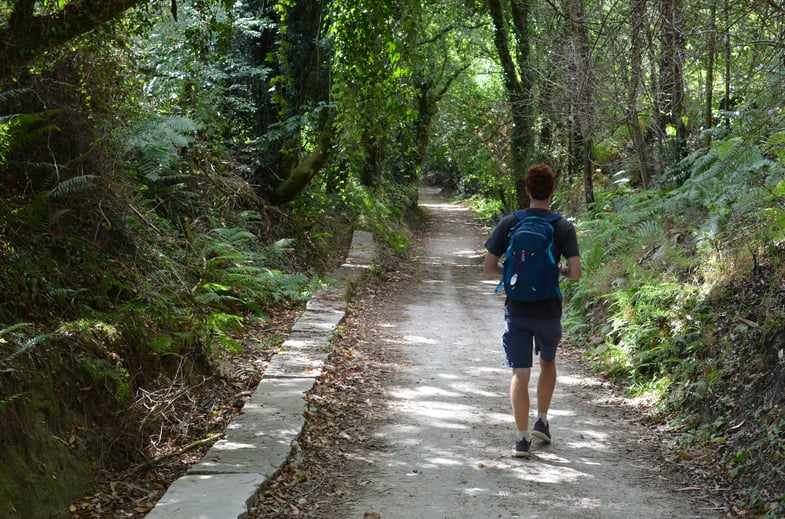 All along the Camino de Santiago, there are hostels set up for the pilgrims, some of them run by the town. The first segment of our Camino was about ten miles and we all happy to arrive at the small village where we were staying. Soon enough we were able to check out our sleeping arrangements, we had two rooms with three bunk beds in each. Although different from a hotel, it was happily accepted by our tired group. We enjoyed a lovely meal in the only restaurant in the small, rural town of Santa Marina. I had breaded pork and french fries. Although french fries is not a traditional Spanish meal, breaded pork is. It was something I had never tried before, and I enjoyed it very much. Pork and cattle meats are very popular in northern Spain, and this meal is very traditional in Galicia.

Stopping to rest and refill water bottles at one of the fountains that dot the Camino. 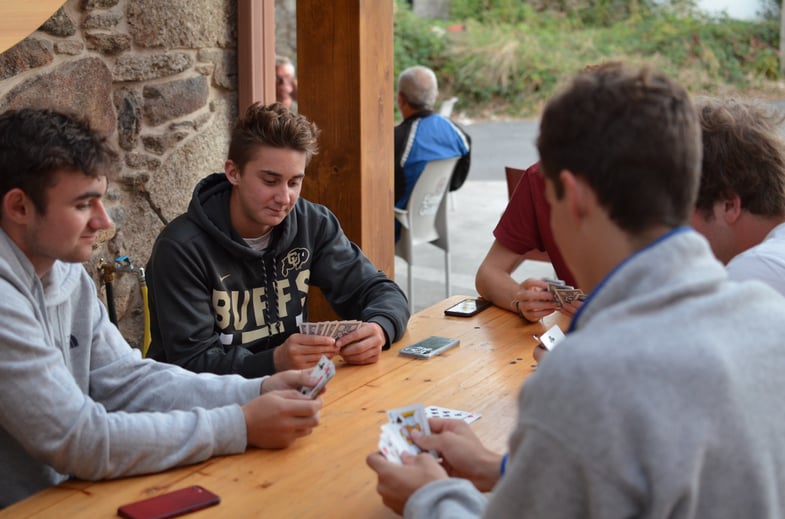 Relaxing and playing cards after a day spent hiking at our hostel in Santa Mariña. 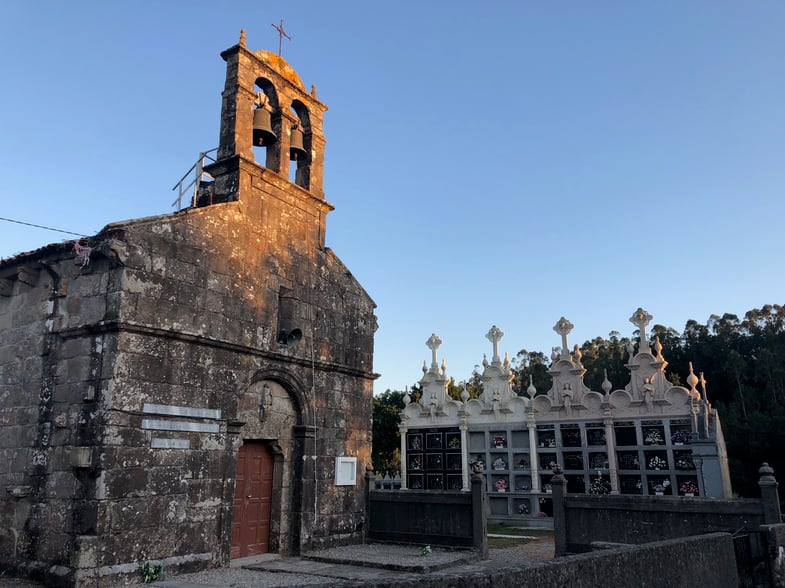 The local church in Santa Mariña.

Day Two of walking began bright and early at 8:00 in the morning. We had 18 miles of trekking to our next destination, “the end of the world.” In the early times of Spain (pre-Roman and Roman eras), the inhabitants believed that the tip of Finisterre was the end of the world. This was before the Americas were discovered, so the natives thought after that there was no more land after that. After a lovely breakfast of eggs and bread, we set out to tackle the longest of our days. We were already sore and tired from the previous day, so thinking of having to do it again but even more was a hard thought to have. The trail was somewhat dull, with nothing but small towns with only a few houses in them for miles, until you come over a blind hill. When you come over this hill, you catch your first glimpse of the Atlantic Ocean. It was beautiful. After walking through no man's land for hours, it was exciting to see any type of civilization. 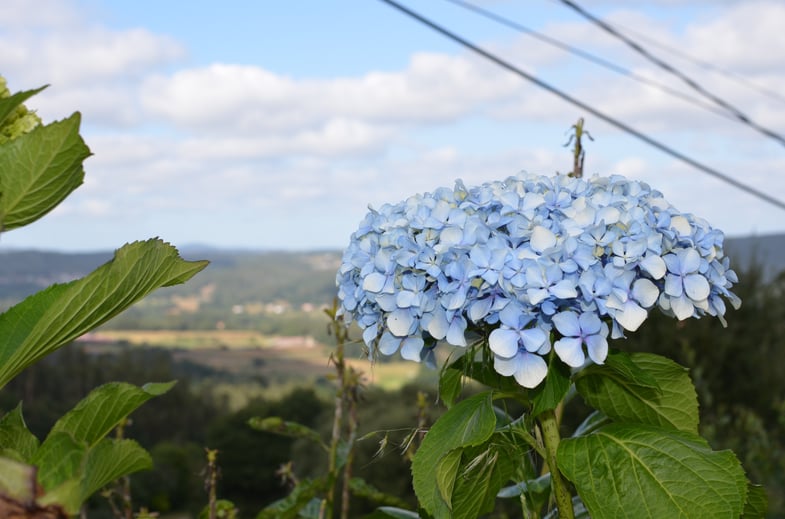 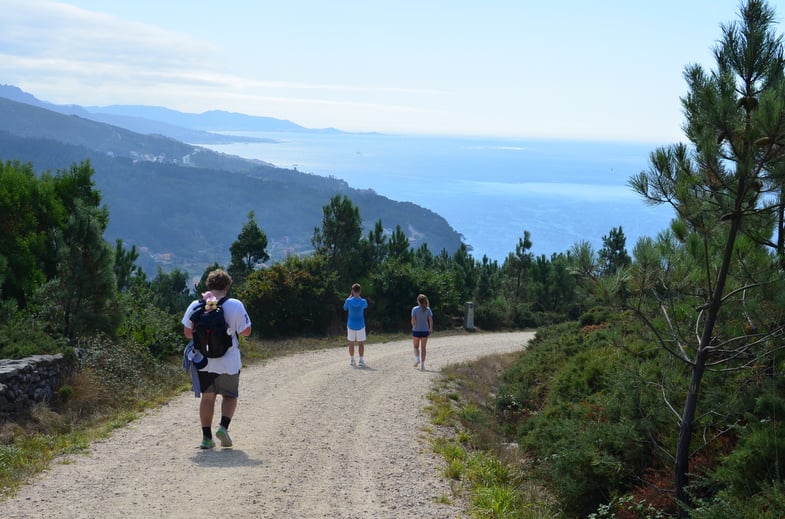 Sitting at the bottom of the hill is the city of Cee. It is not very big but it more significant than any town we had seen since we began our trek. Here we ate a nice lunch and set out for the second leg of the walk. The city was roughly halfway to the end of the world, so it was a lovely break, but when standing up, you are dreading starting again. 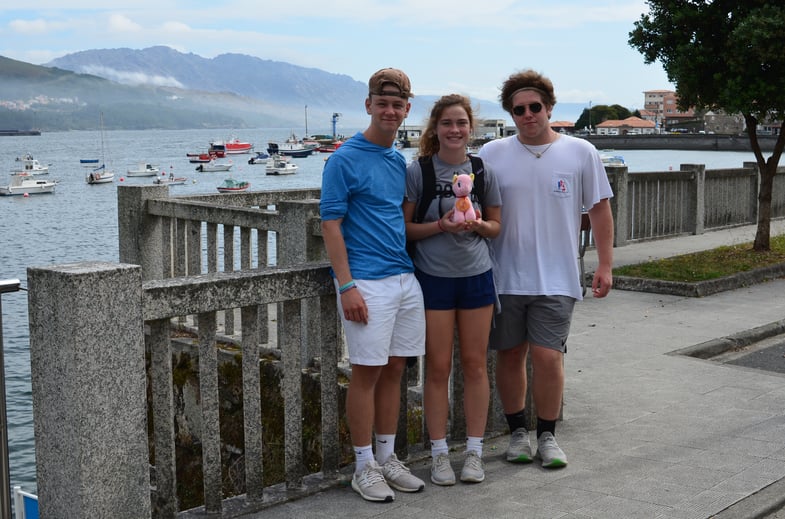 Several students walked the entire Camino with Pegasus (Greek mythological winged stallion they had seen in the La Granja palace and gardens and one of Lucia’s favorite stuffed animals). 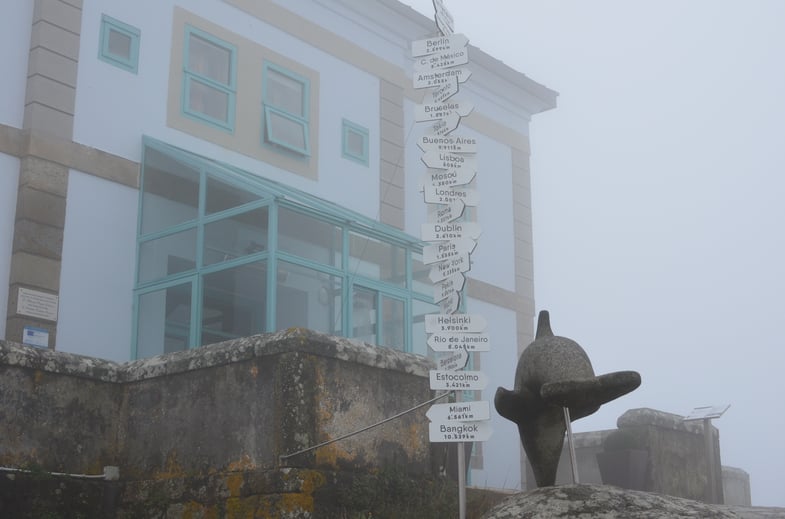 The lighthouse at Fisterra in the typical Galician mist. 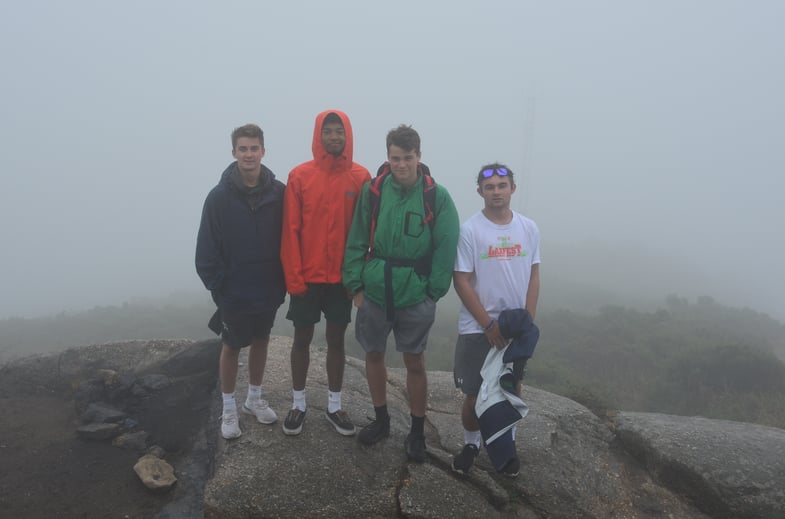 The second leg was amazing. The whole route was beautiful. There were beaches on the ocean, and the sun came out. I never thought that was going to enjoy any part of it, but the second leg was a blast. Stopping at the beaches and playing in the water relieved all the pains of my sore legs and feet. It is not often that we get to swim in another part of the Atlantic over 3,000 miles from where we call home. The bright blue water splashing on the clean white beach is a sight I will never forget. Happiness was the only emotion that I could feel when I ripped off my sweaty shoes and socks and dipping my feet into the blue ocean. What seemed to be the worst day the I would experience in Spain became the best by far, and reflecting on the Camino makes me want to walk on it again in the future. Walking the Camino de Santiago could be a necessity of life, one could say. 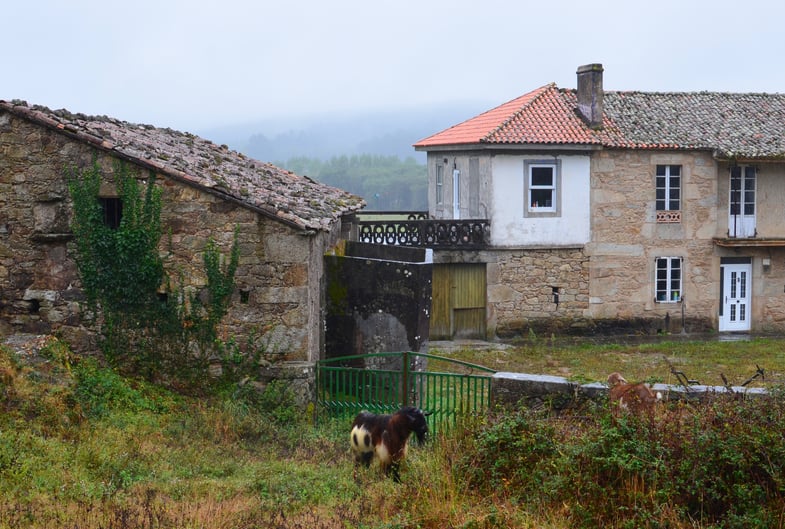 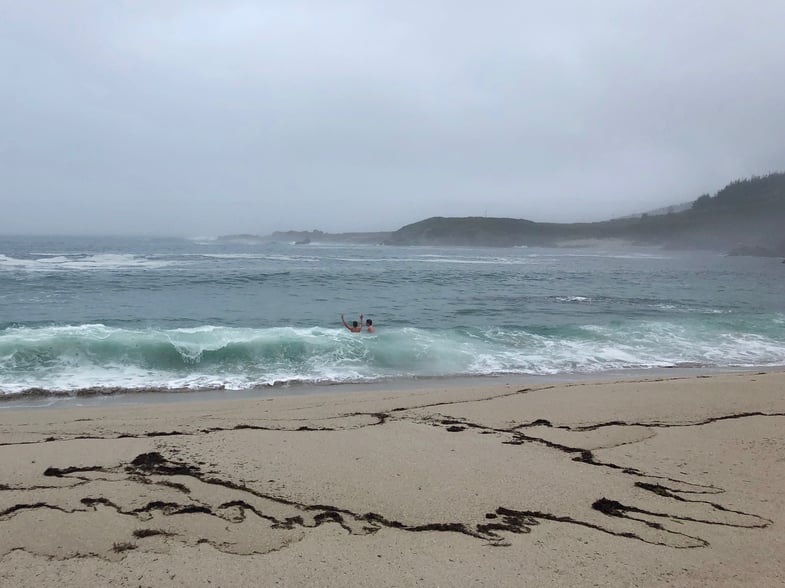 At the finish in Muxía and into the Atlantic for a chilly, celebratory swim!