“Science is never spontaneous”. A brief sentence shared by science faculty member and Environmental Coordinator Alan McIntyre with his AP Environmental Science students last week that speaks to the intricacies of science our world of immediate gratification tends to ignore. Over the past weeks, Alan’s AP classes finished the final set of tests to conclude a ten-year analysis of the Proctor Pond. Now at the end of the study, they hope to have a clearer picture of the health and vitality of the beloved pond that sits at the heart of campus.

Originally a dammed stream to form Proctor’s early ice hockey rinks, the Proctor Pond has evolved along with the rest of campus over the past sixty years. For the past decade, students in AP Environmental Science have collected samples from six different pond sites to measure the biodiversity index, levels of dissolved oxygen, pH, nitrogen, phosphorous, turbidity (clarity of water), temperature and the weather. The biodiversity index is perhaps the most telling of pond vitality, as it is an indication of how much natural life exists in and around the water. Students collected and counted organisms, such as mayflies or beetles, and found a data point using the Simpson Biodiversity Index. 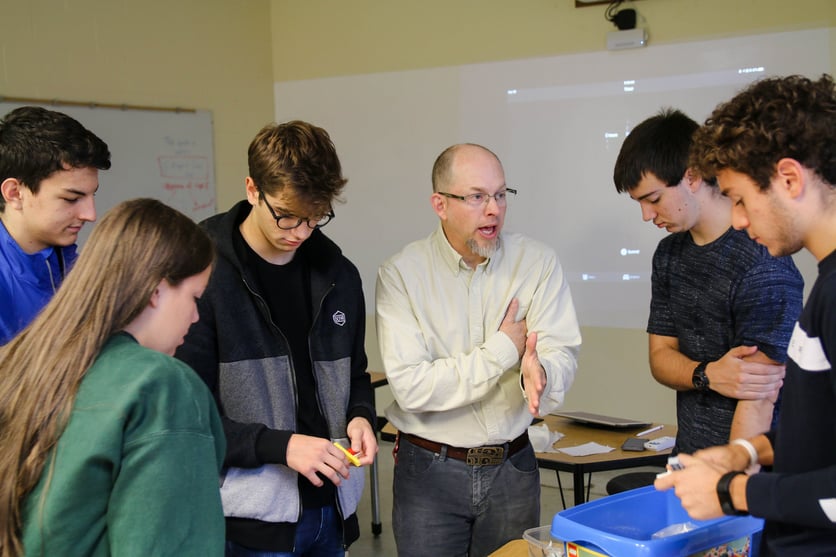 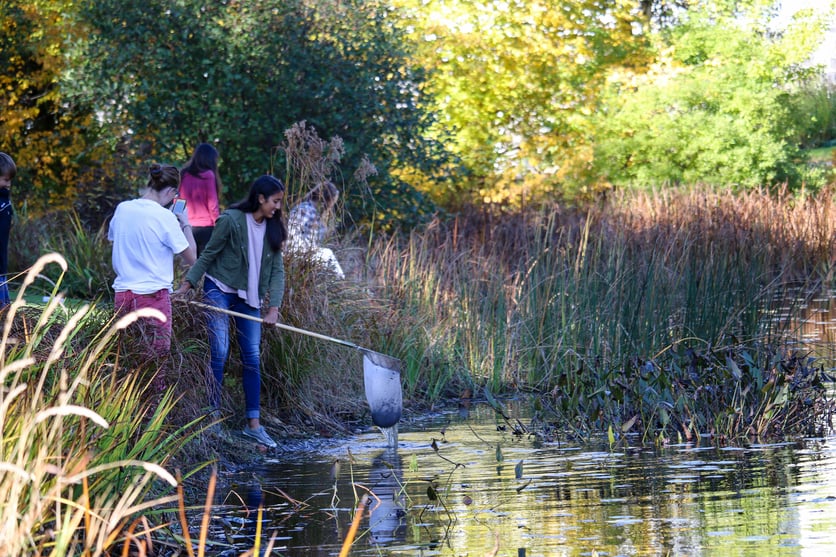 Like all scientific studies, there were obstacles - in 2009 and 2012, abnormal weather patterns rendered all data unusable, along with sporadic gaps from other years. Even so, students utilized available information from past years and constructed a timeline. When the study began in 2007, the Pond had a biodiversity index of 19. In 2017, that same number has dropped to 7.4, a slight uptick from its lowest points in 2015 and 2016 (6.3). There is an undeniably dramatic decline, but what does that mean? 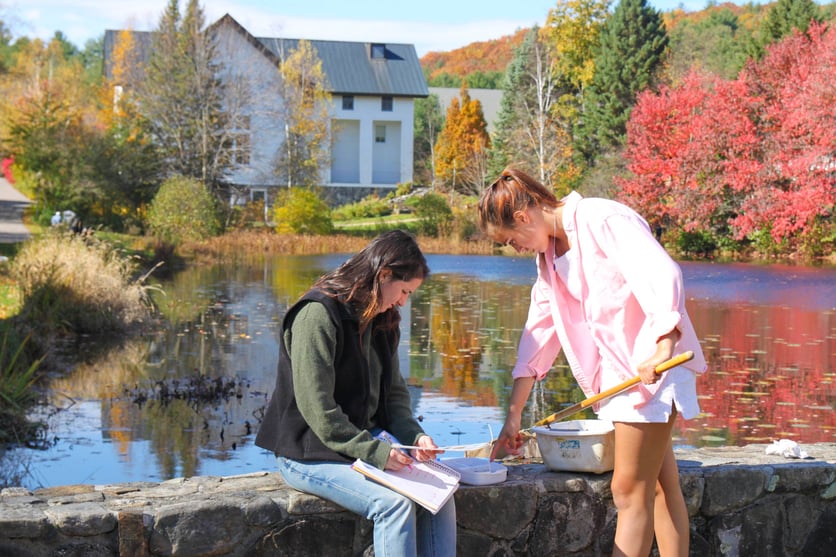 Fallon '15 and Stephanie '15 gather data during the fall of 2014 for this decade-long experiment. 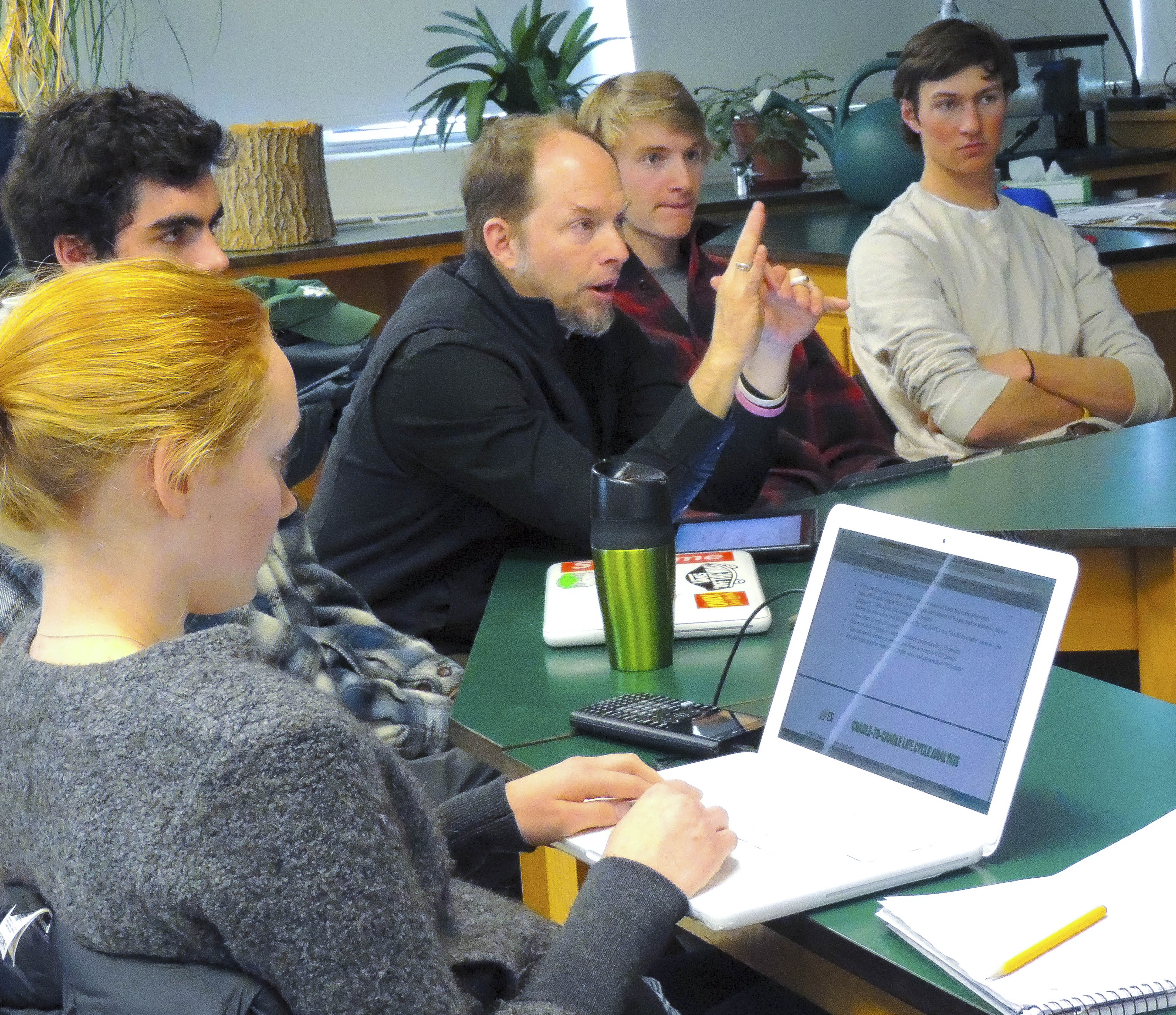 There were not, however, such clear cut results from other data points. Many samples have shown steady or increased positive results, and the mix of rising and falling data can be used to substantiate student hypotheses about the long- and short-term effects of campus activity. For example, turbidity and phosphorous levels took a concerning turn after the installation of synthetic turf fields in 2012, and have been affected by the lining of the fields ever since. 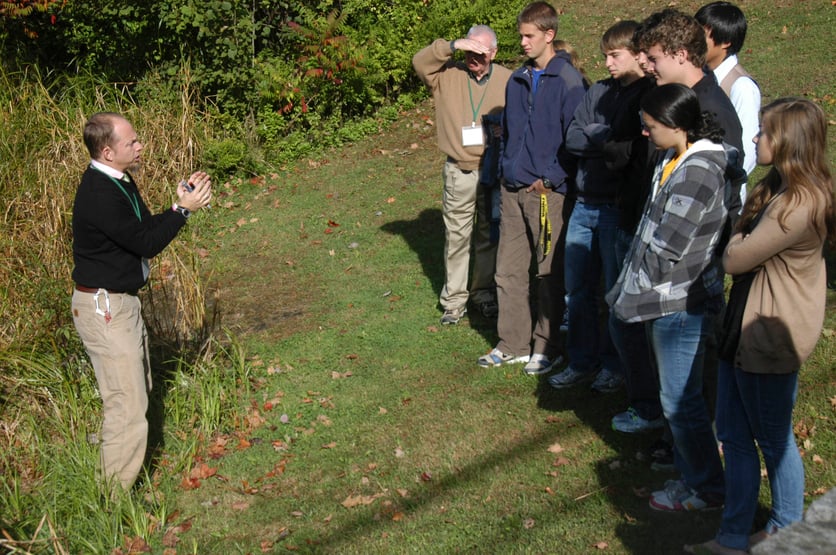 Parents tag along to collect data with APES students during Fall Family Weekend 2011. Maybe this is where errors in the data occured...

In practice, taking qualitative information and turning it into a quantitative conclusion can be messy and daunting. Despite scientific insecurities, this year three AP Environmental Science classes join the ranks of students in the long haul, moving us one step closer to understanding our campus as an interconnected ecosystem. These students may take an extra moment to wonder what the rain water will do to the pond’s pH, or if a higher level of dissolved oxygen will bring new life to the plants below the surface next year. We could all do better to use this lens more often and remember that while environmental changes rarely have one source, each of our actions have ripple effects that reach far beyond our point of view. Thank you to a decade’s worth of students for collecting and analyzing data in order to understand and appreciate the long-term environmental health of our campus. 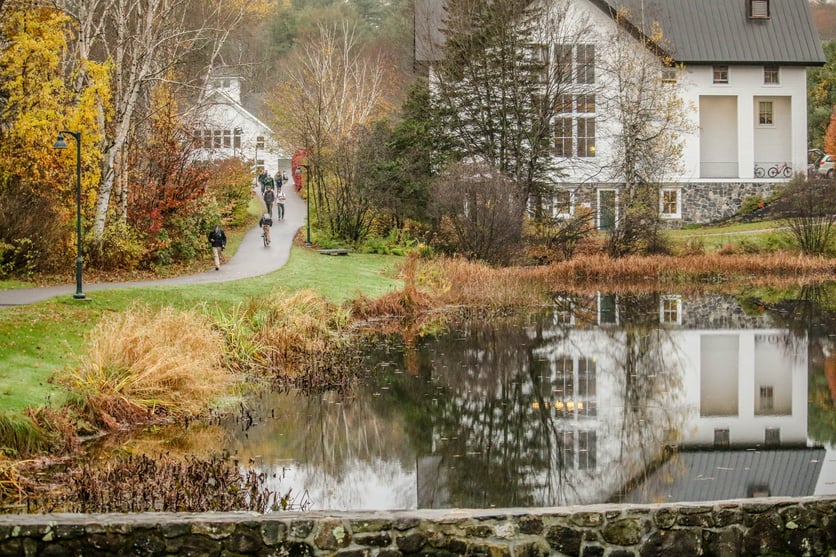