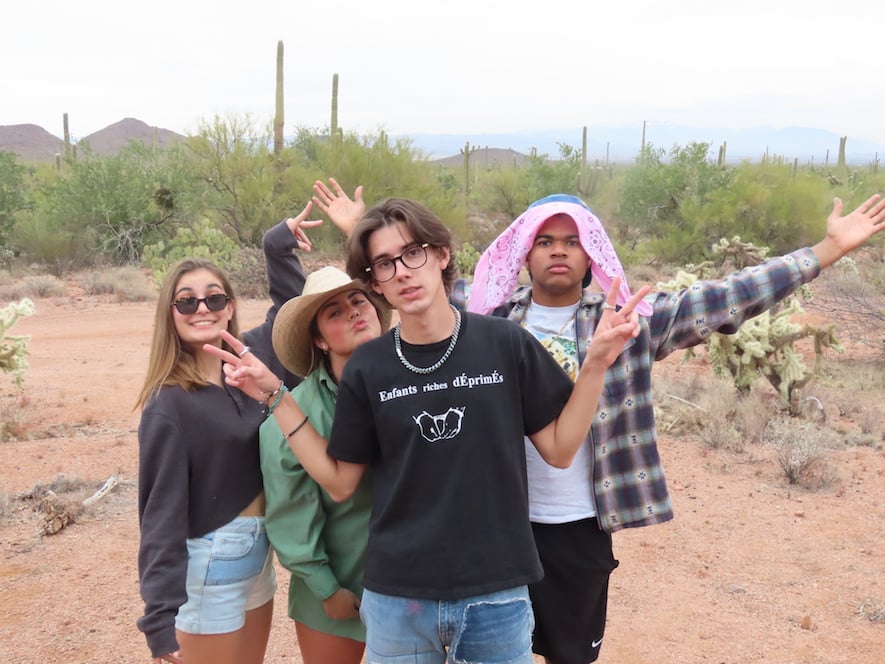 After returning home from a week in Sonoita, we spent the week back home in Casa Grande. Monday was a normal day, with classes in the morning and studio time in the afternoon. On Tuesday, we spent the day in the Ironwood National Park, painting. 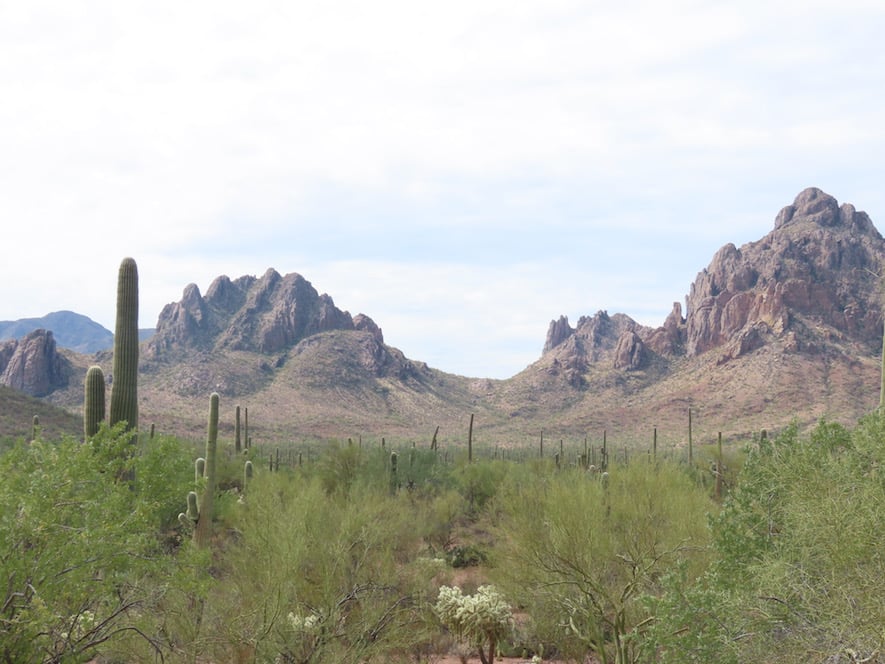 This is only about 30 minutes south of our home in Casa Grande.

Dave in his natural habitat. This was right after he saved the day, saving Anna from a Jumping Cholla cactus stuck in her hand. There were at least 7 barbed needles imbedded in her palm attached to a chunk of a succulent type of cactus body. It looked funny but it was far from funny. 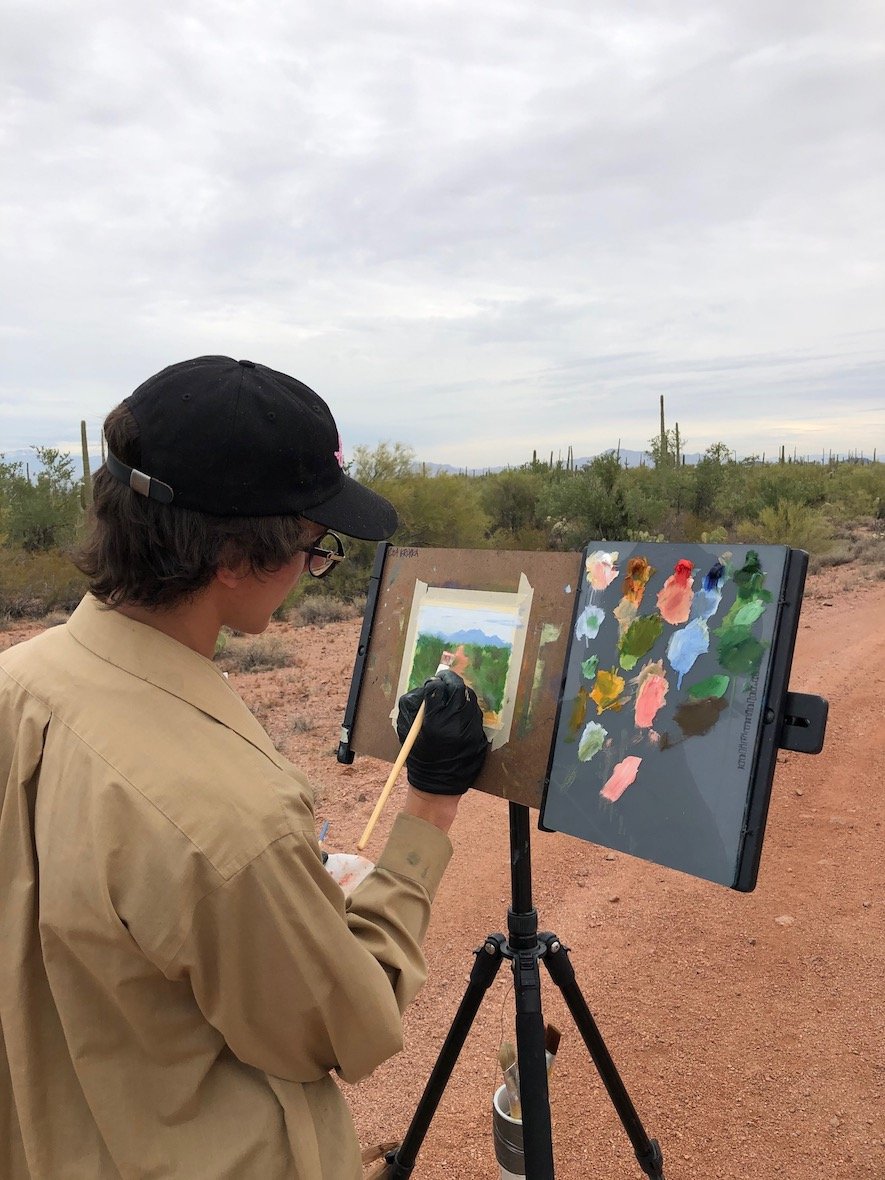 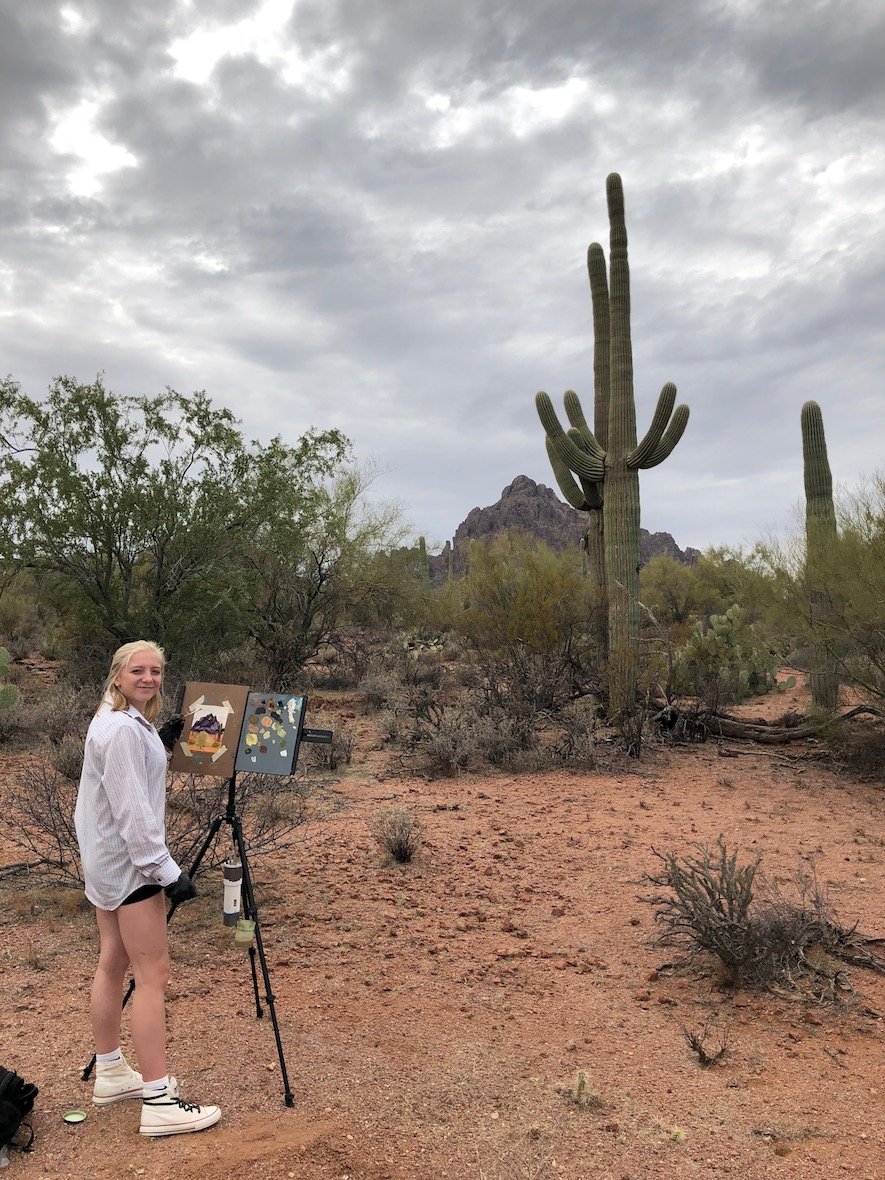 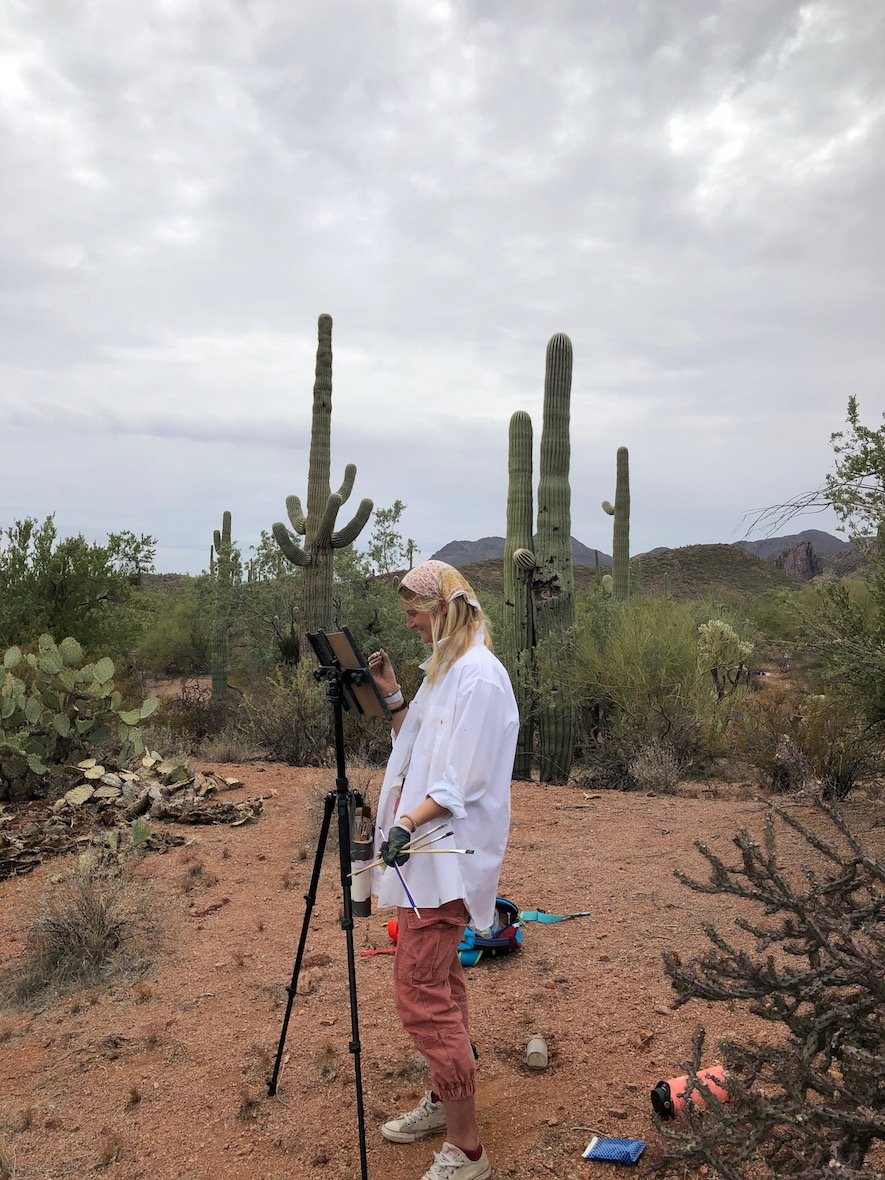 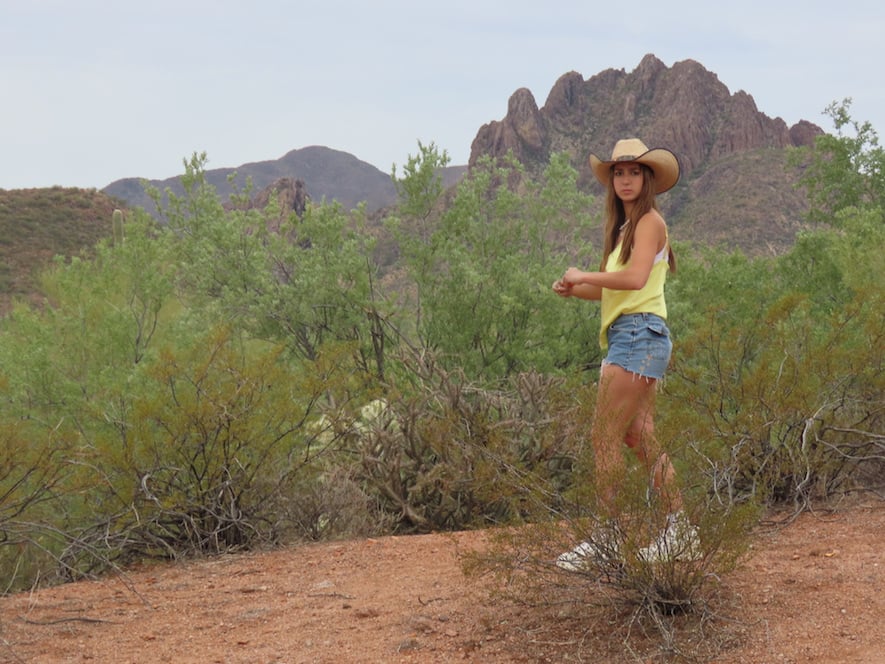 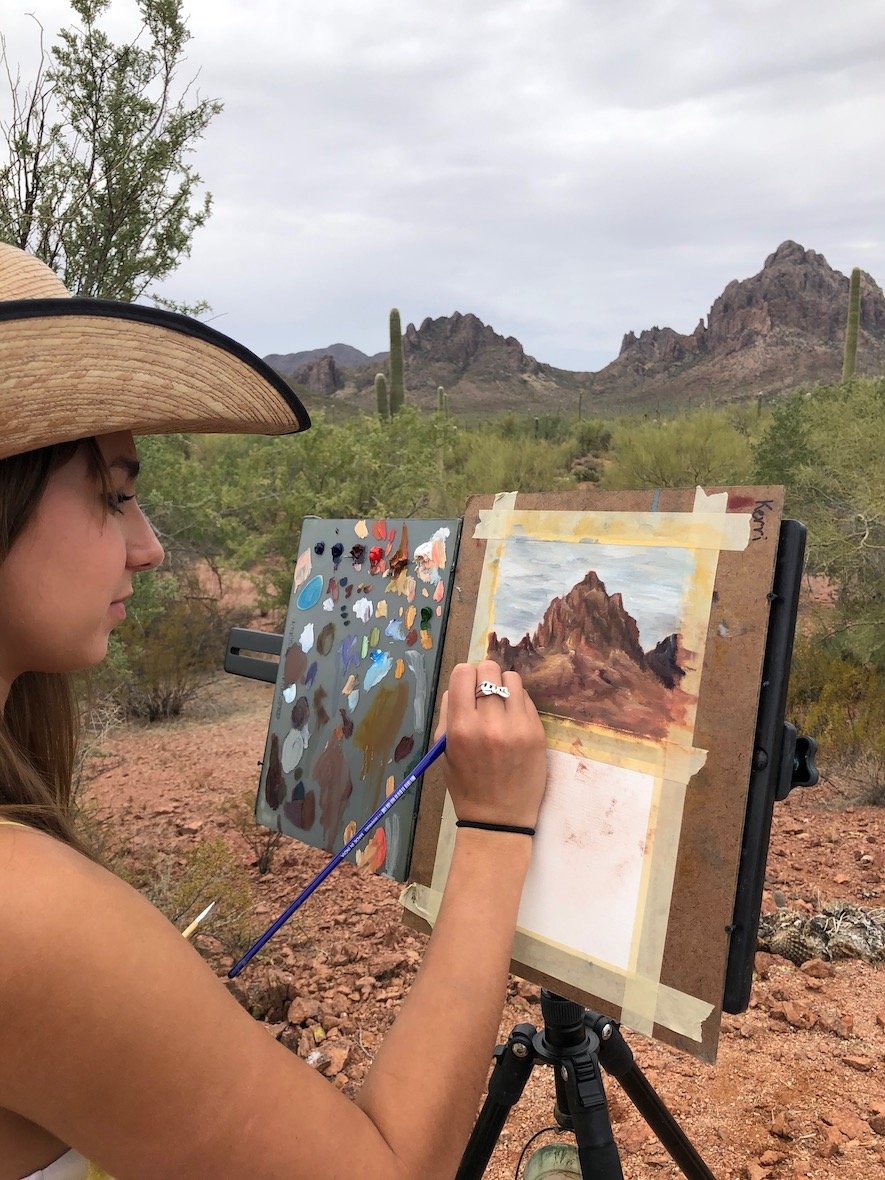 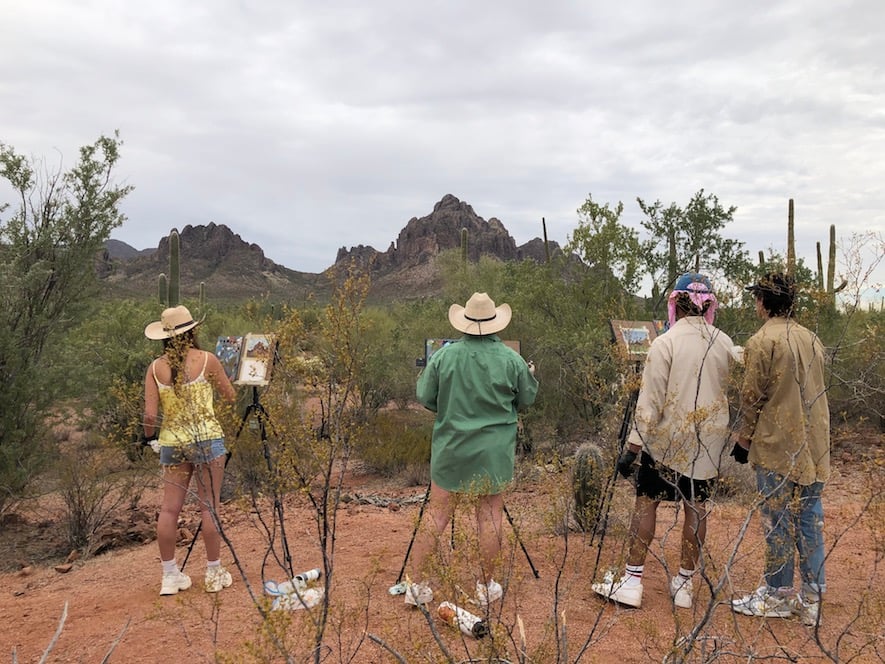 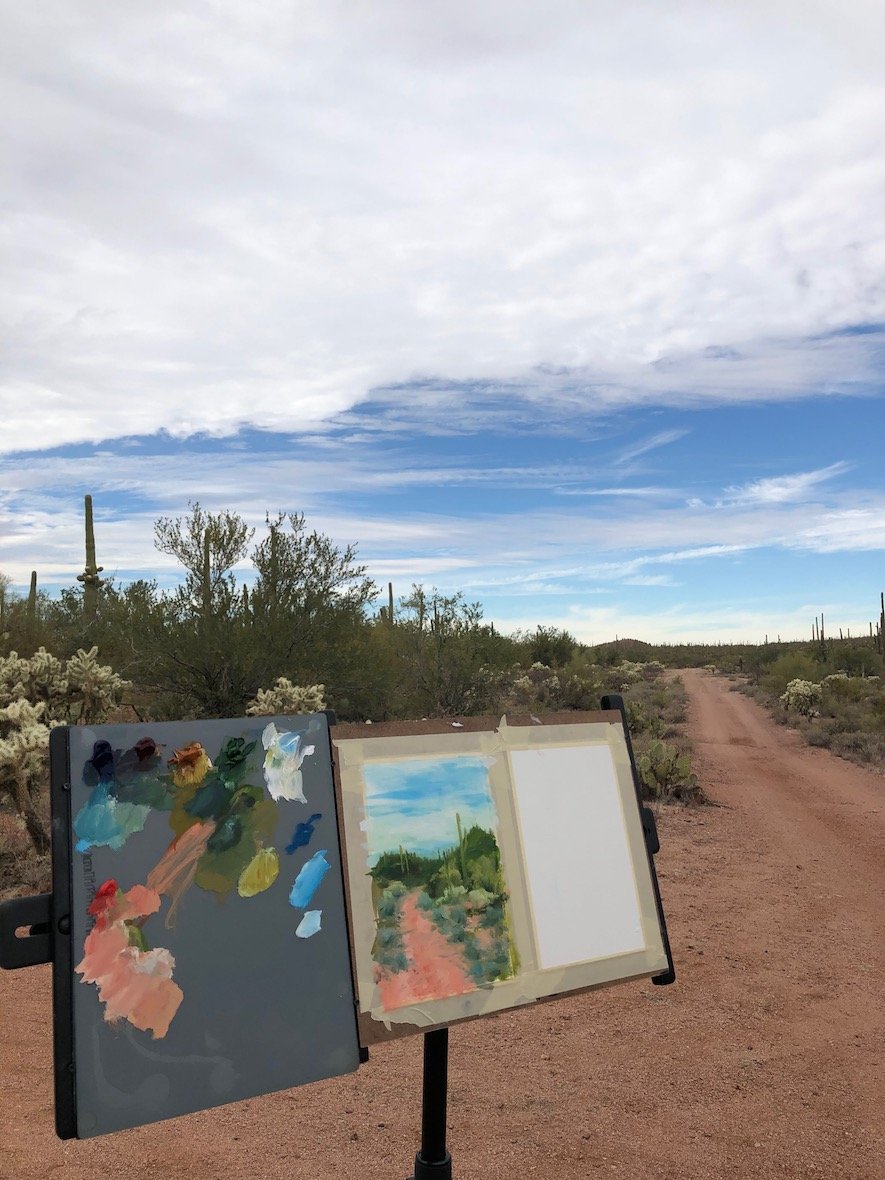 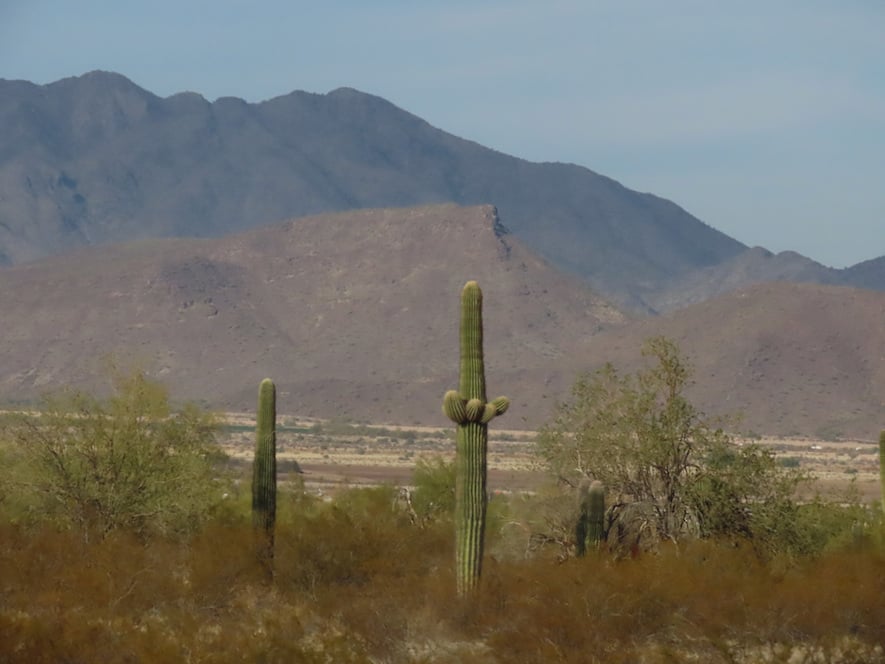 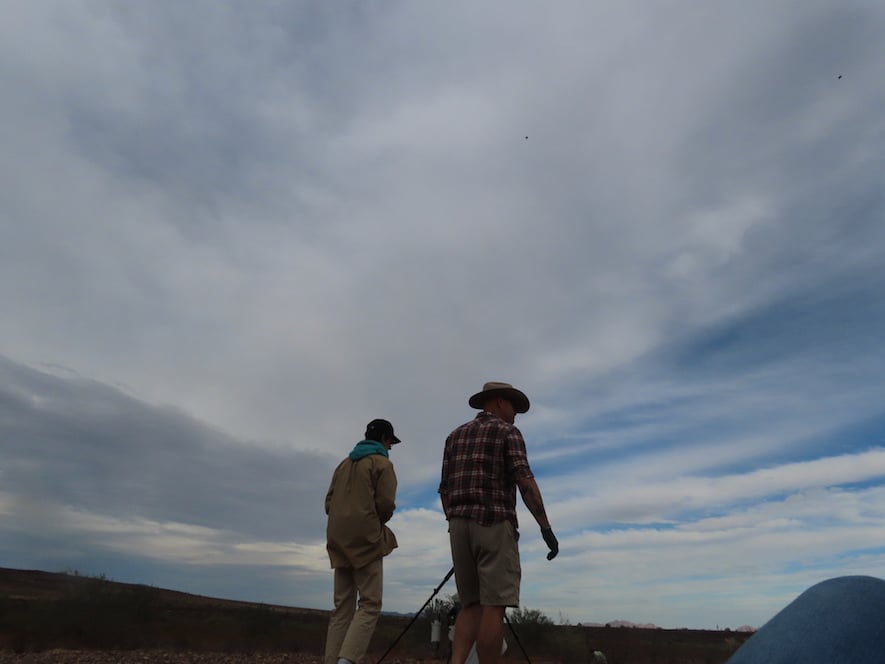 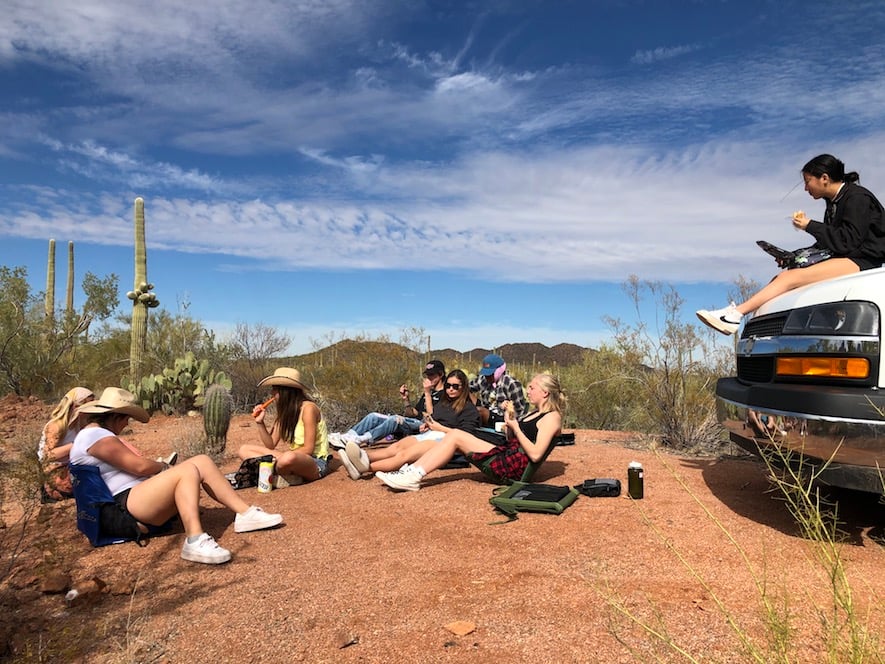 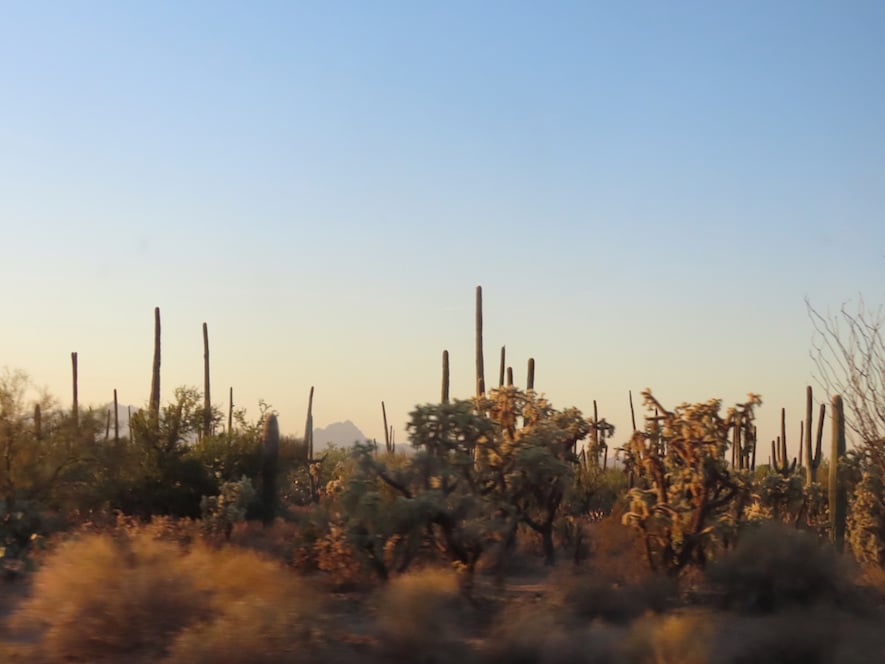 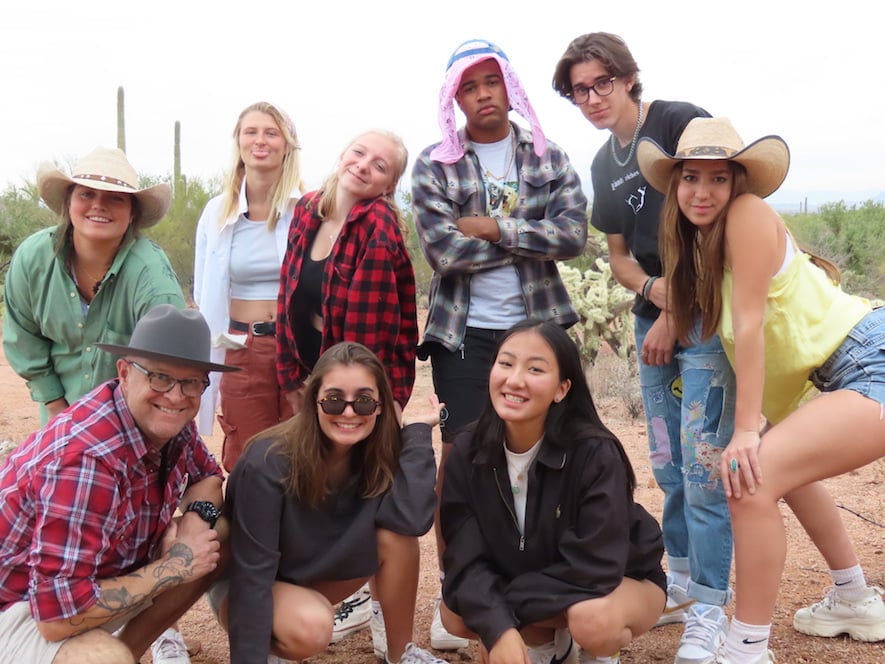 After everyone had finished up, we took a group photo and then began driving back home. The rest of the night was spent working on our projects for the end of the term. The following day, Wednesday, was another day based at home, with classes and schooling. 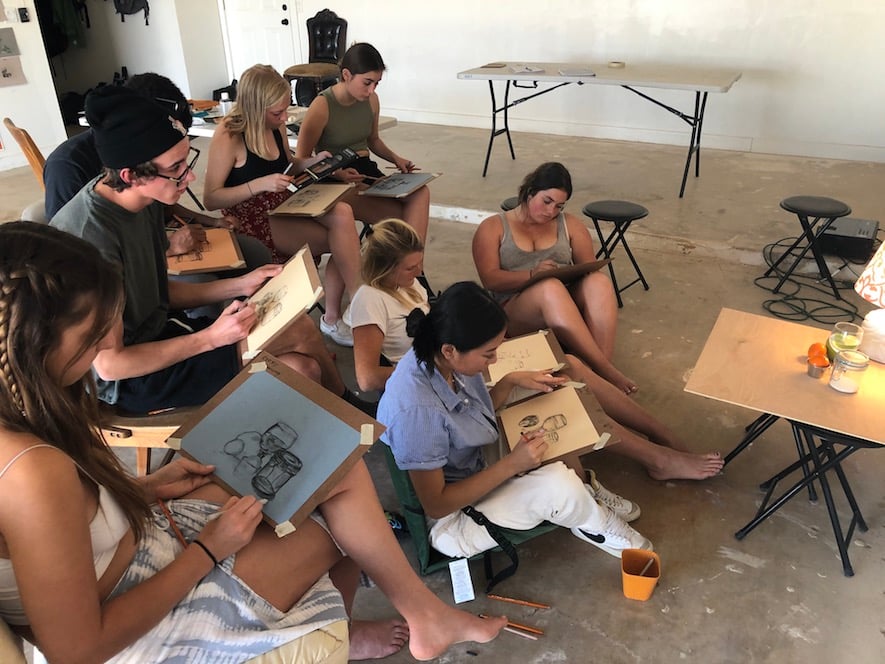 Wednesday we had our third graded art piece, a charcoal still life sketch.

Thursday was quite a special day this week, as we altered our plans for the normally planned expedition after Jen informed us of the “Thursday Art Walk” in Scottsdale. We took a shorter expedition than usual to paint a local park, with a pond, a first for us. 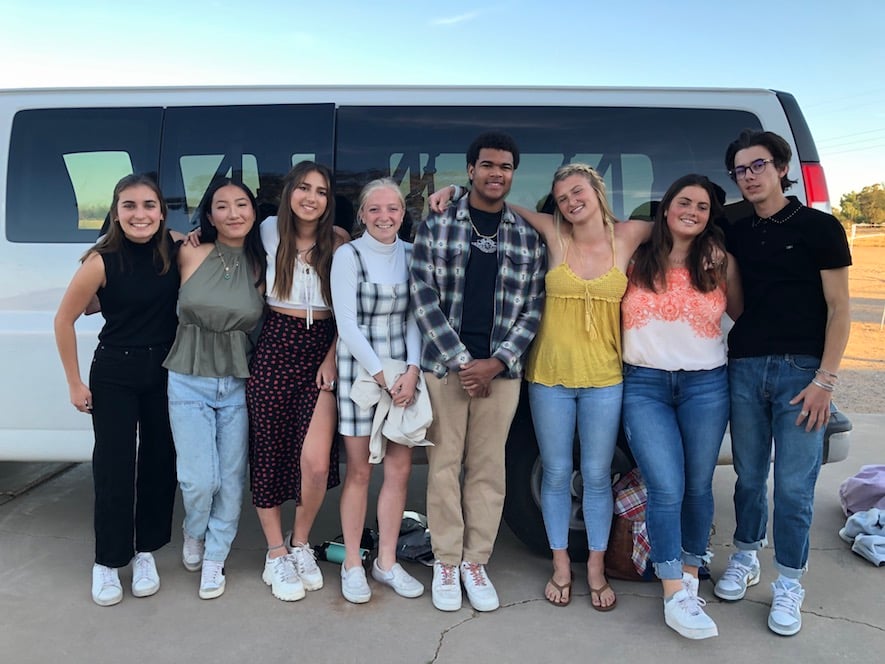 Returning home, we ate some dinner, got dressed and then headed back off towards Scottsdale, a really fun artsy town. Ever since Covid in March, their Thursday Art Walk has been cancelled until now. With masks and staggered entrances we visited many different galleries and took in a wide range of collections, series and other works. We ended the night with some local handmade gelato, and then drove home. 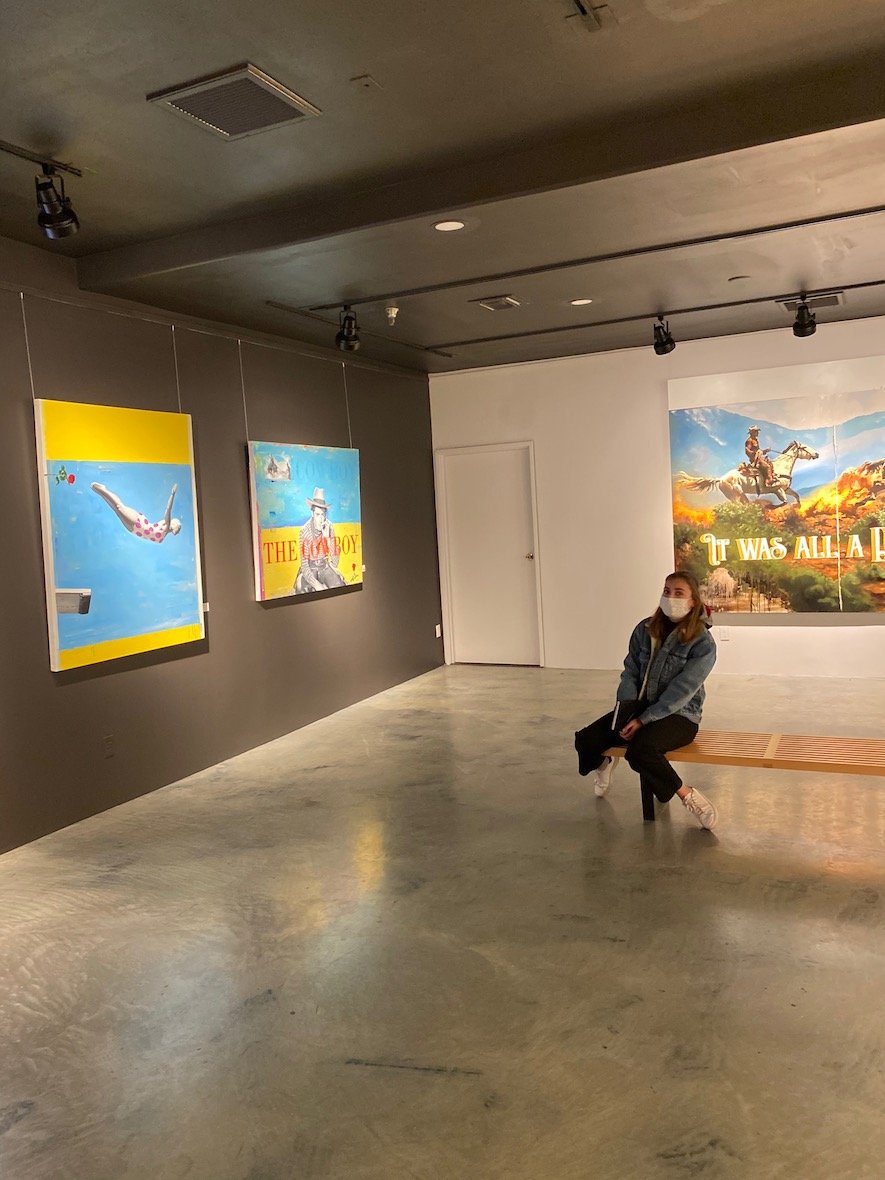 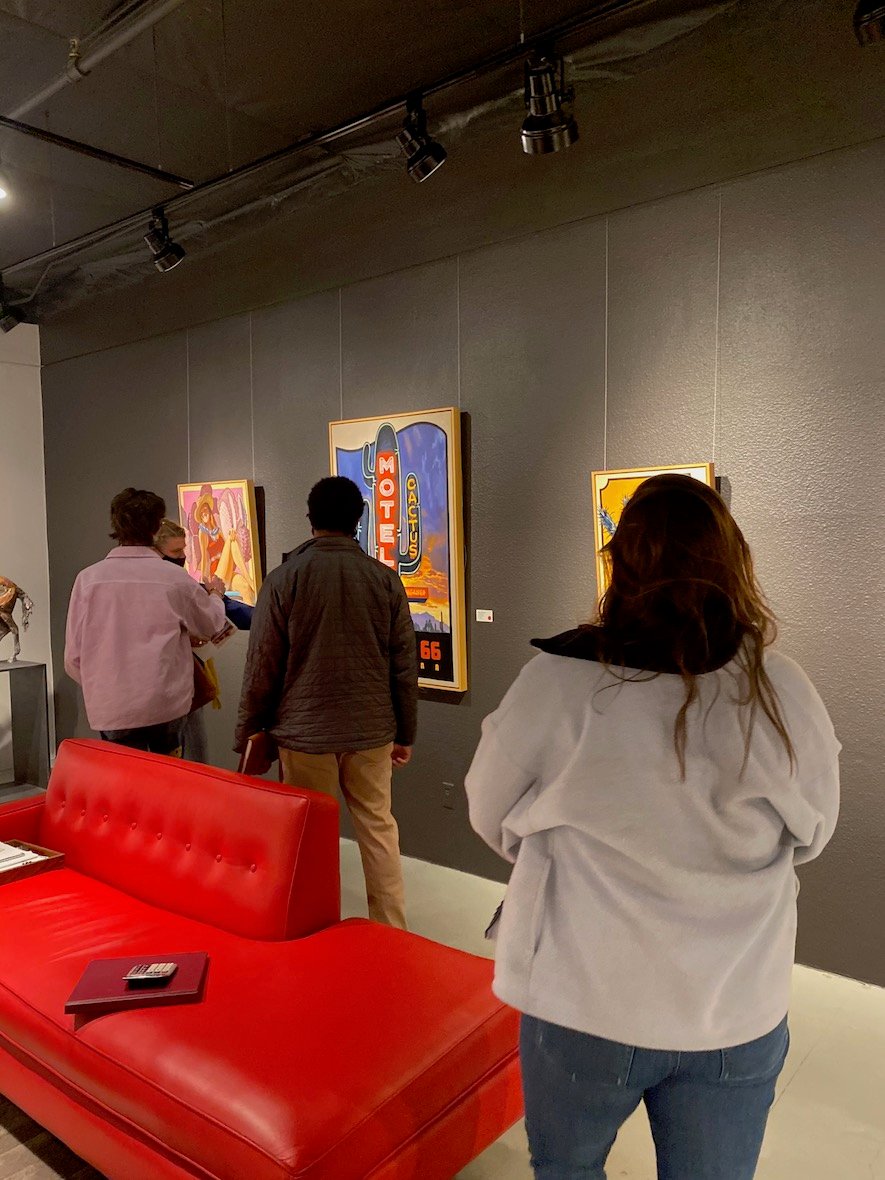 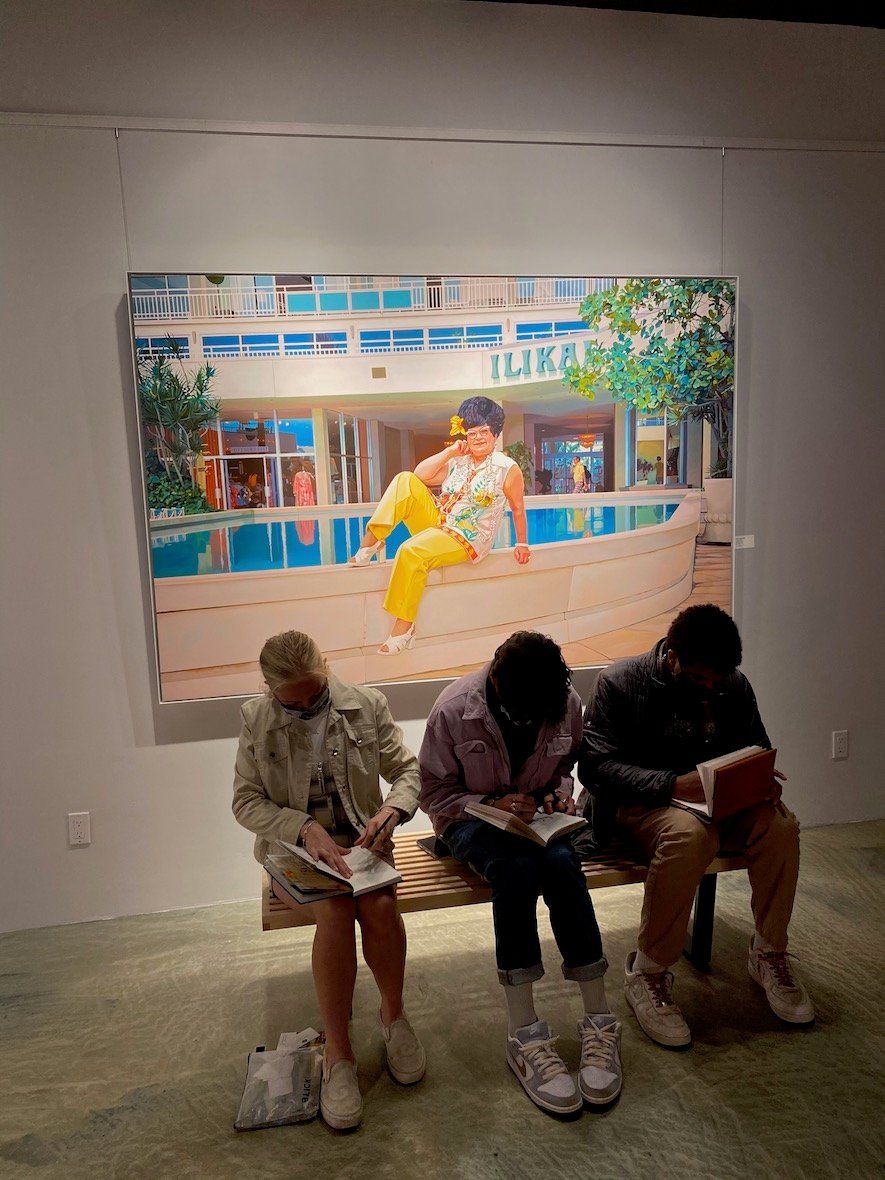 No matter when or where, we work in our carnets (sketchbooks). Anyone can take a photo, but to study something and capture it by hand and eye is more powerful and memorable. 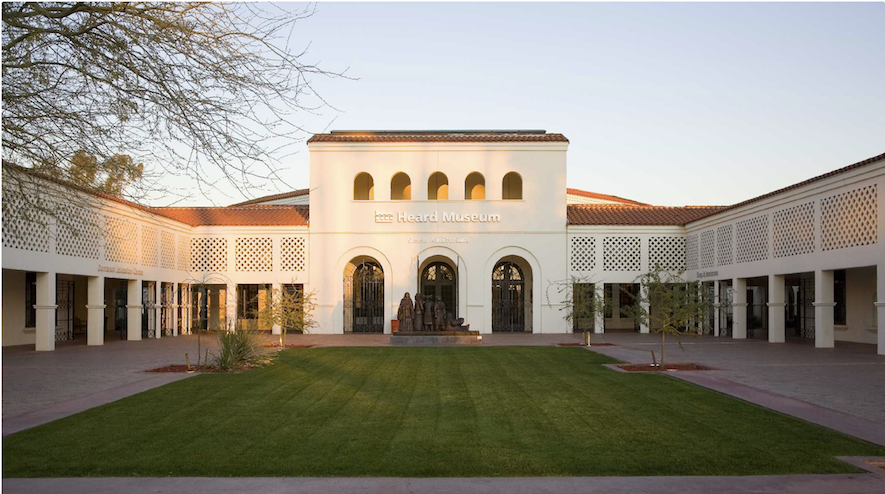 Our final expedition of the week, Saturday, was a visit to the Heard Museum. The Heard is a Phoenix-based museum dedicated to the preservation and advancement of the  Native American arts. It is a massive collection of both historical artifacts and contemporary work created by Native Americans. Many of us were able to easily find inspiration for our Carnets, which we then attempted to share before being ushered out of the museum by security as it closed. 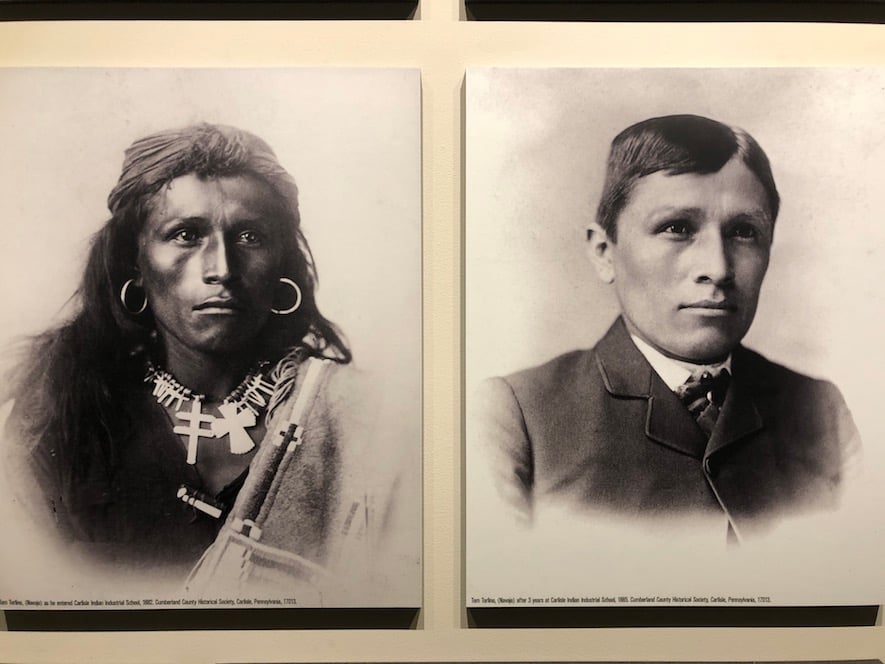 This is a double portrait of Tom Tarlina, after three years at the Carlisle Indian School in Pennsylvania, 1885. The below photos were quite moving for us, as we, too, come from a boarding school. At the turn of the 19th century though, to be removed from your family with no choice, sent to an Indian school, your hair cut, clothes changed, forced to learn English, become Christian, taught to abandon all of your traditions, to have the "...savage taught out..." of you, was eye opening, sad and powerful. The photos don't lie. 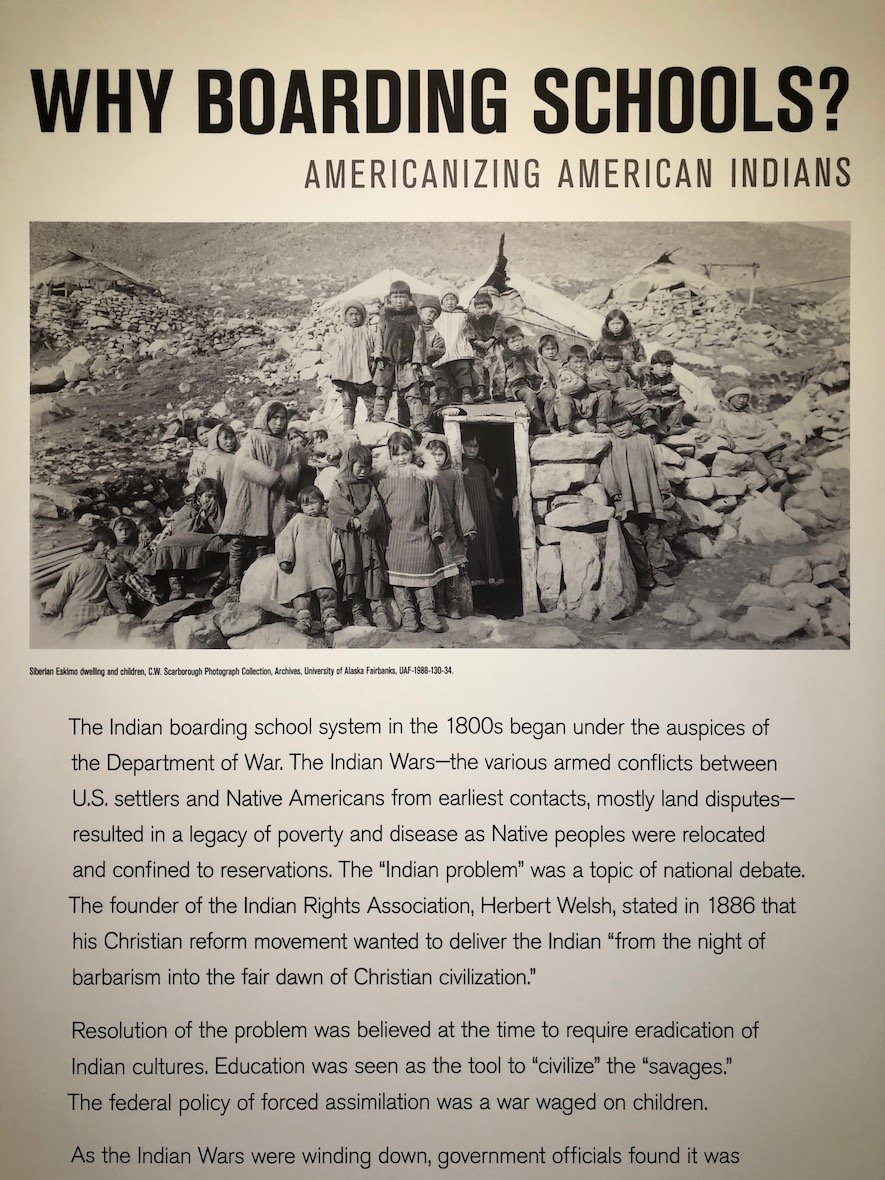 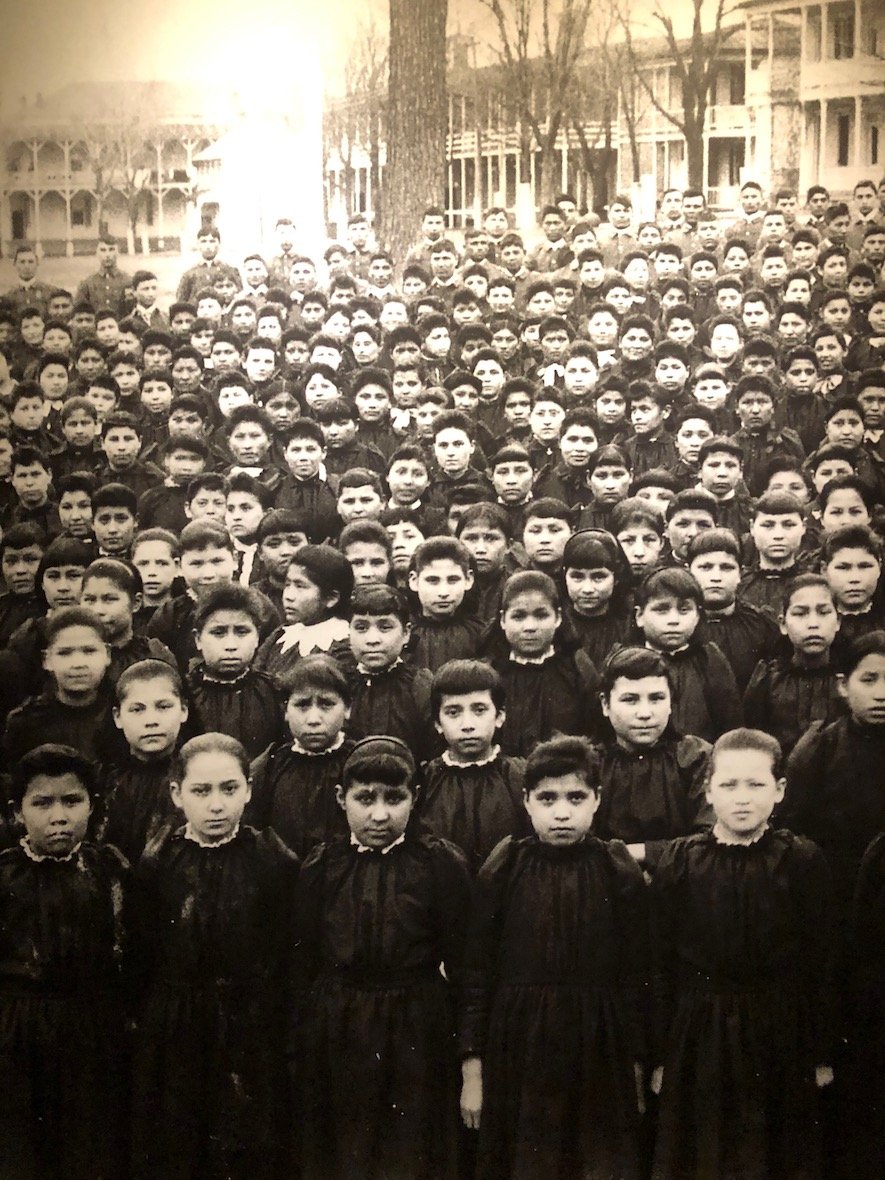 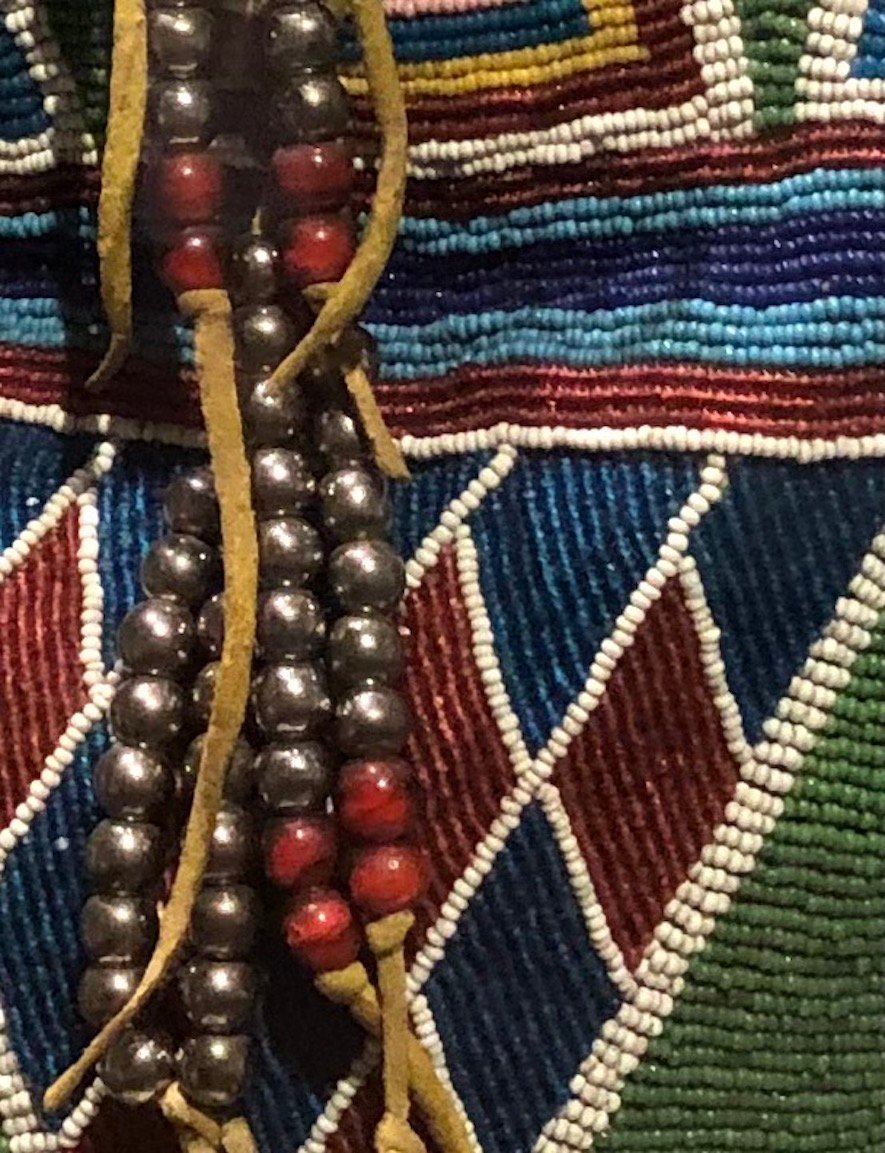 We finished the week with a great Super Bowl Sunday, eating nachos, a seven layer dip, and homemade chili as Tom Brady secured his status as the greatest ever. A bit of a dichotomy I know.  Next week, we will depart for Sedona and the Grand Canyon! Stay tuned. - Cha '21