This week’s blog reflects on our trip to Spain last week but before I go into that, since we didn’t have a blog last week to say this, we would all like to thank Tina and Benoît Tari, aunt and uncle to Boomer Vazquez, for an awesome day at their house and vineyard. 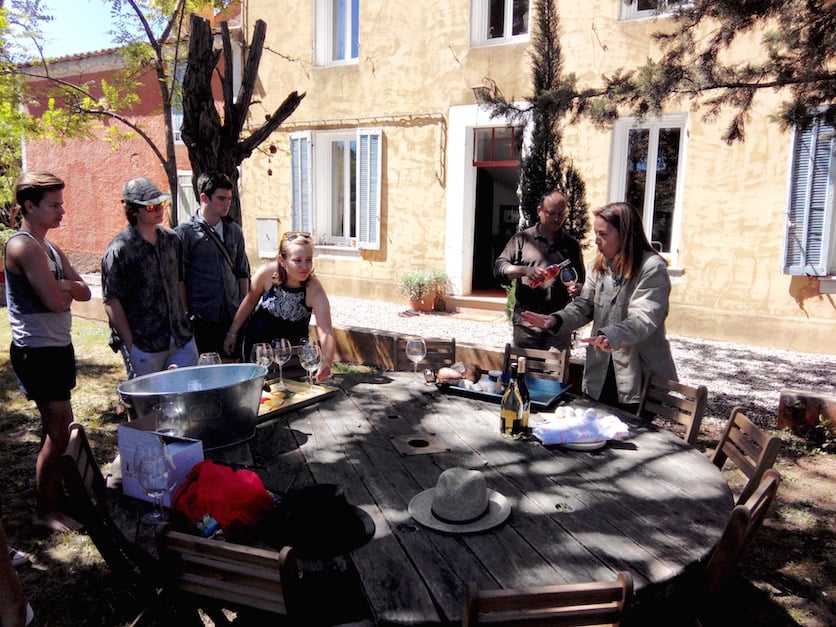 We got to check out where they make their wine, taste some with our picnic, and paint nearby. It was really kind of them to welcome us in and show us their hospitality. 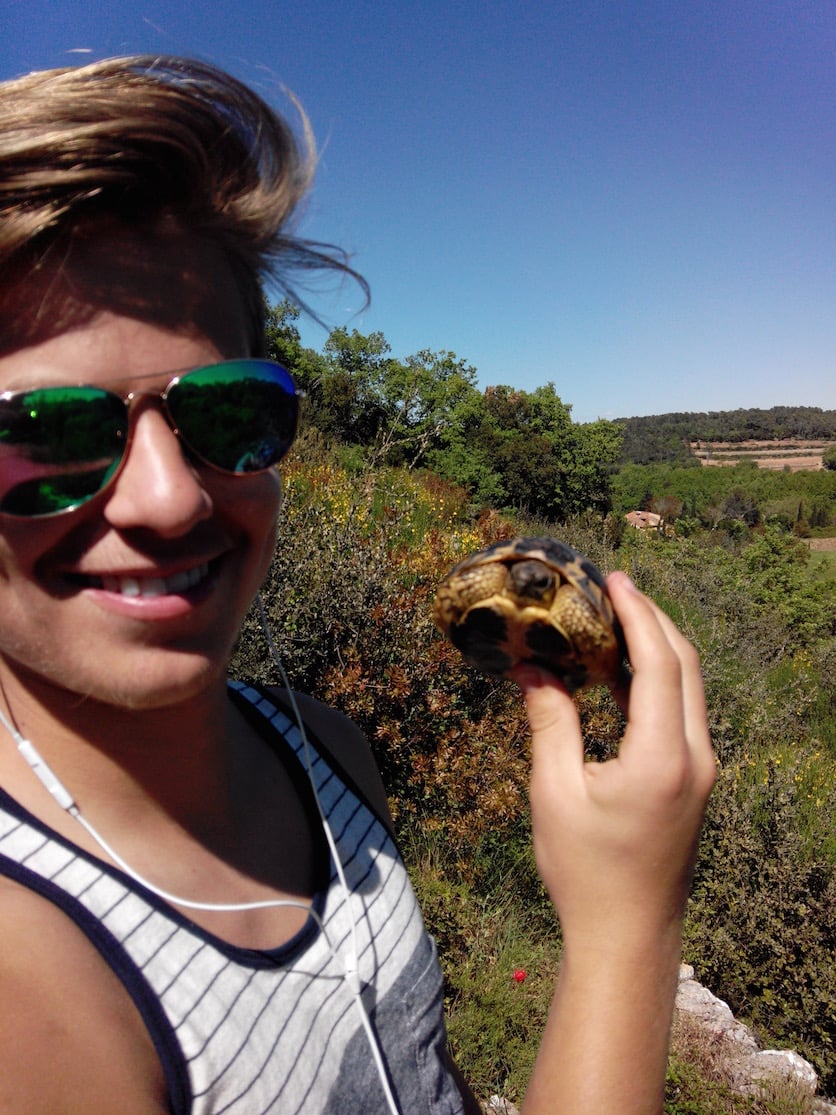 A very rare and protected turtle in the area. 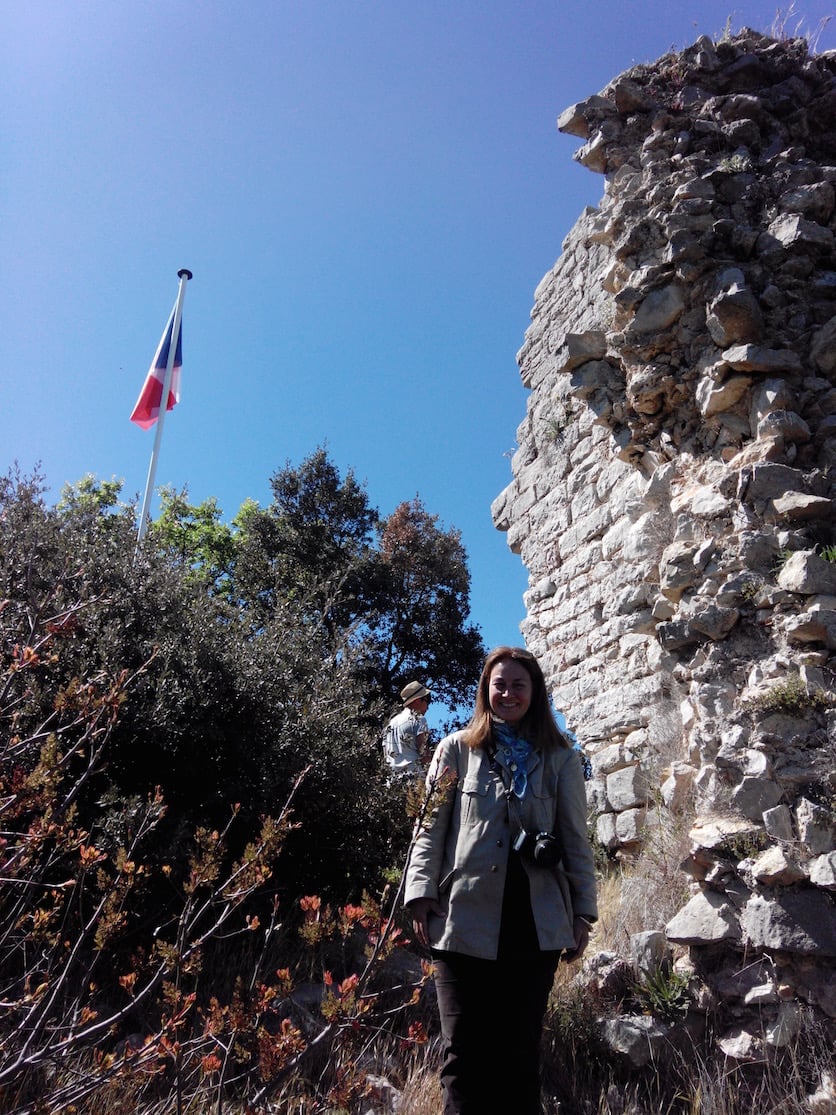 The remains of an old chateau in Tina's yard! 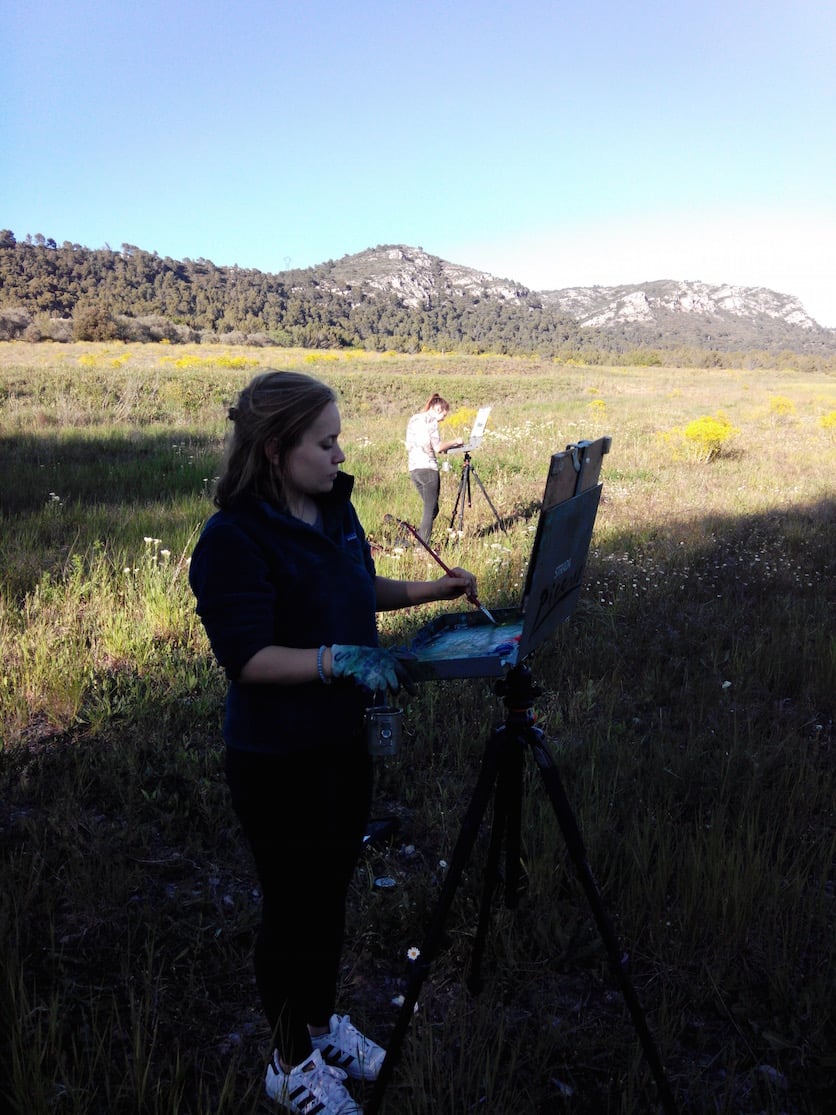 On to Spain. So we spent this past week in Sevilla, a beautiful city in the south of sunny Spain. We saw and visited many places while we were there, from the beach in Cádiz to Granada in the Sierra Nevadas, but my favorite experience from Spain was the flamenco show the last night. 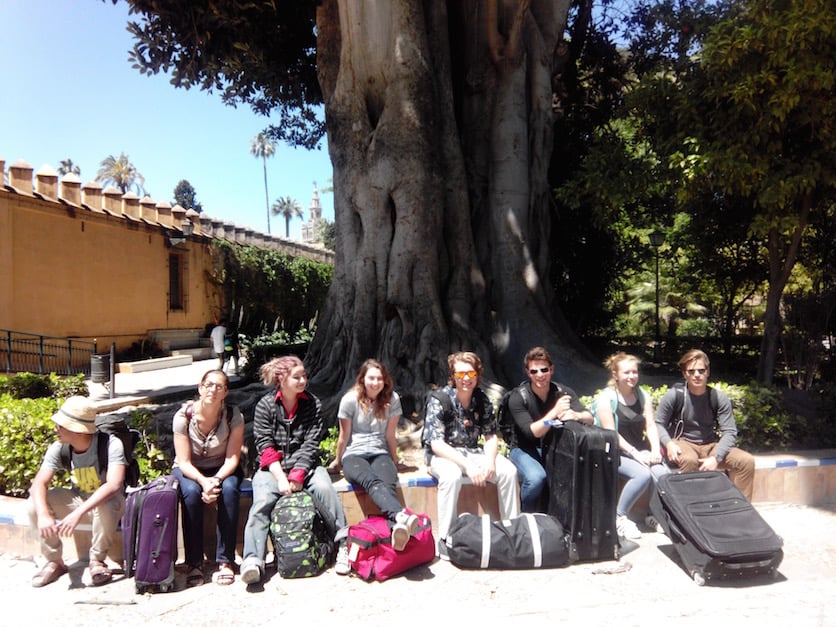 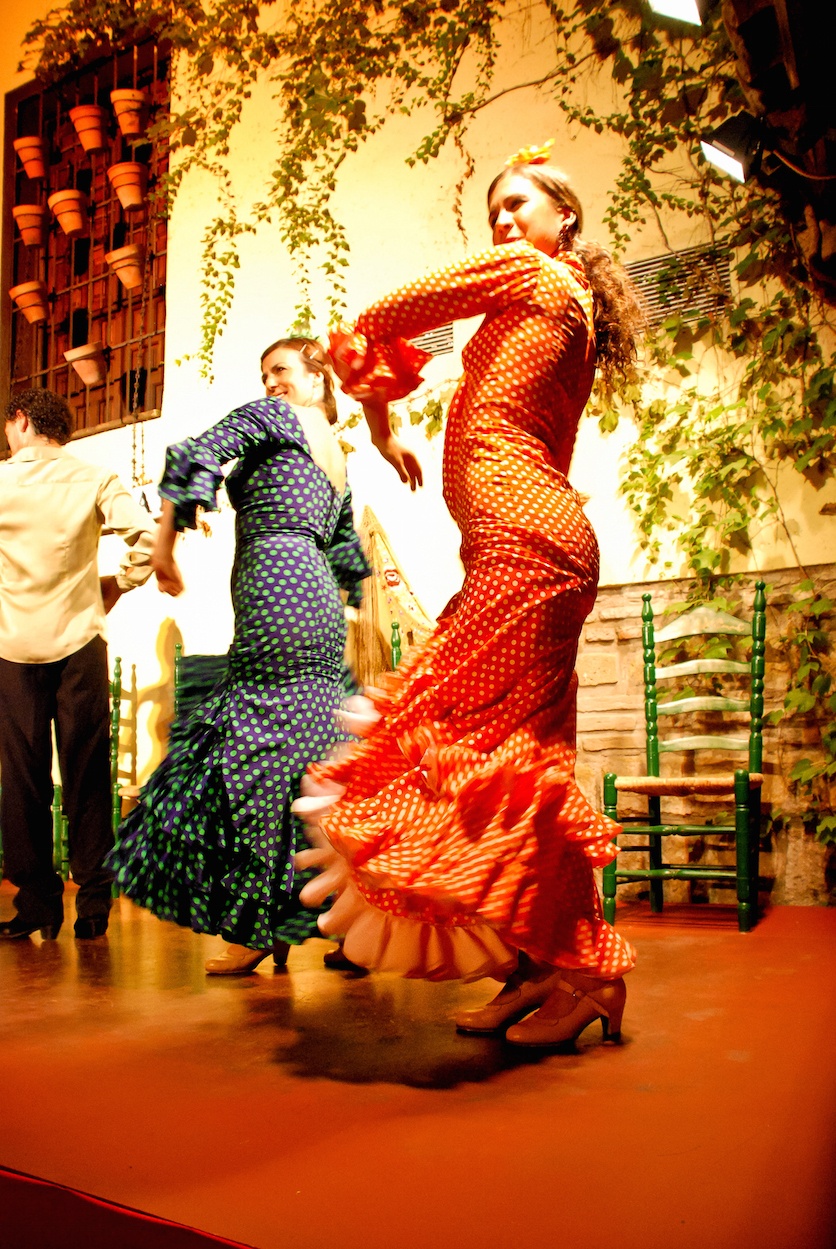 Don’t get me wrong, the beach was beautiful and Granada was a cool city, but this flamenco show was ridiculous. We showed up to this place that looks like a cool restaurant where all the famous people hung out back in the 1920s or something and got a table right up next to the stage. 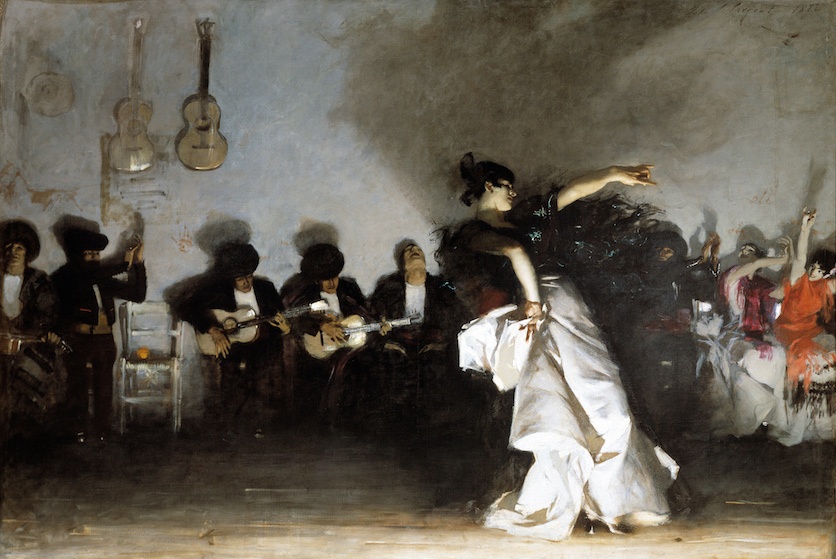 We had a three course meal that was delicious. I had some egg starter thing and a steak, and we all got an apple tart with ice cream for desert that was probably the best thing ever; I was about to go to the back and see if I could get like three or four more. As we were eating, though, the show began. It started off with all the musicians on stage playing a song, about what I have no clue. The guitar players were so good, I couldn’t stop staring at their hands trying to figure out what they were doing.

Then the three singers each had their turns and wow, their voices were so powerful. It was all chest voice, so they never went into falsetto, and the power behind the notes when they went up high was even greater. I was so impressed with the musicians throughout the show that I couldn’t help but feel like they might be under appreciated in these shows; all the attention is on the dancers, who of course were amazing, that people might not realize how good the five musicians are. Maybe they do, I don’t know. 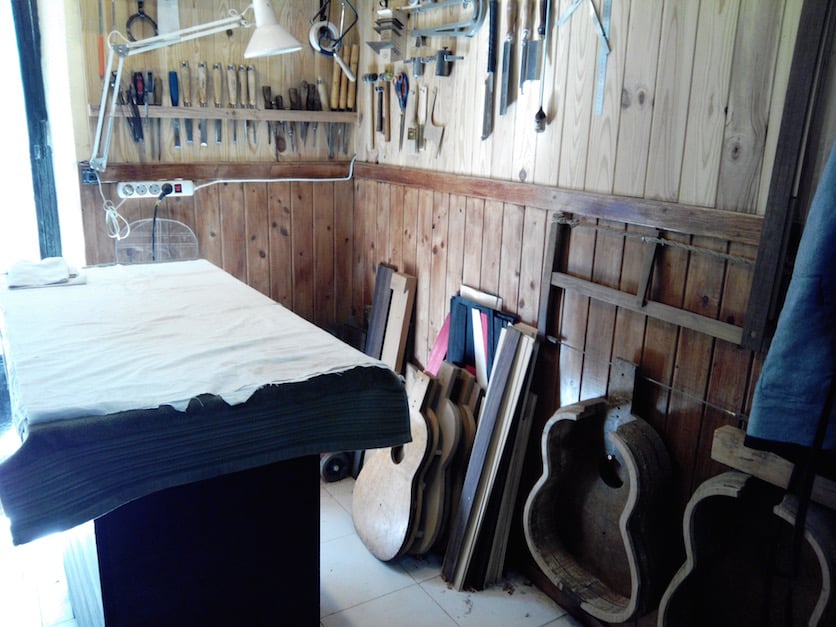 Then the dancers came out; they each had their solo stage time and then at the end they all came out for the grand finale. They were incredible! I’m not going to lie, I was not expecting them to be that good and I was not expecting to be as entertained as I was. I don’t quite know how to describe it really, I just remember after every dancer went I would look at Jen or Dave with my jaw on the floor. They were all so confident and commanding of the stage and I don’t know how they get their heels to go so fast and stay on beat and even get all the accents spot on. 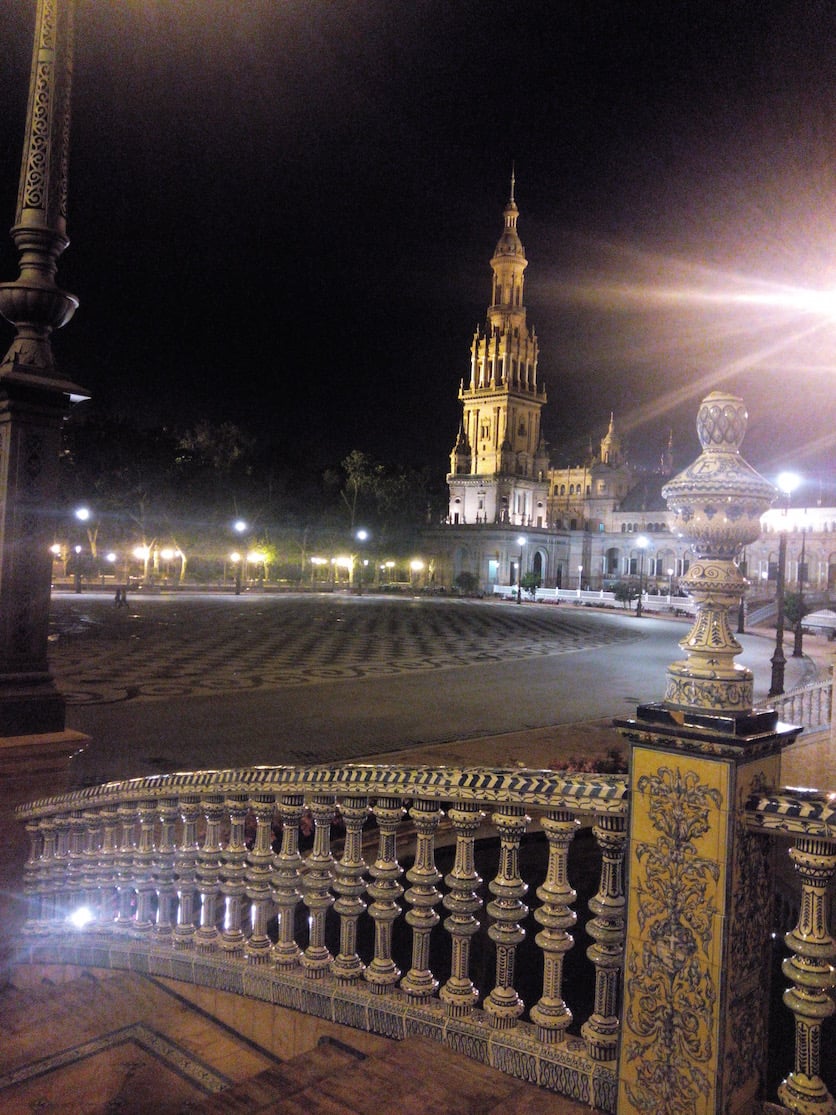 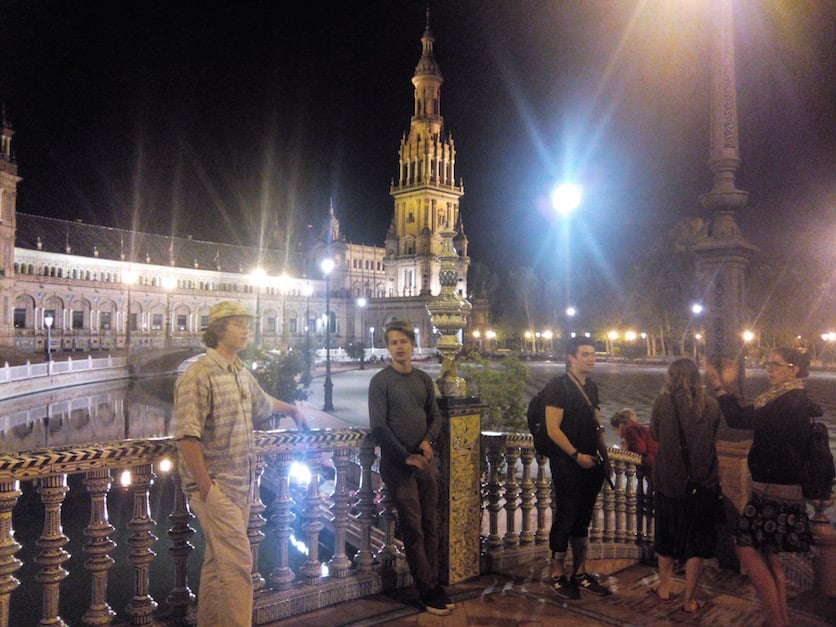 It really flew by and I was sad when it was over, I could’ve stayed there all night! But as we walked to the Plaza de España and back to the hotel, we constantly sang and danced to the flamenco music in our heads. 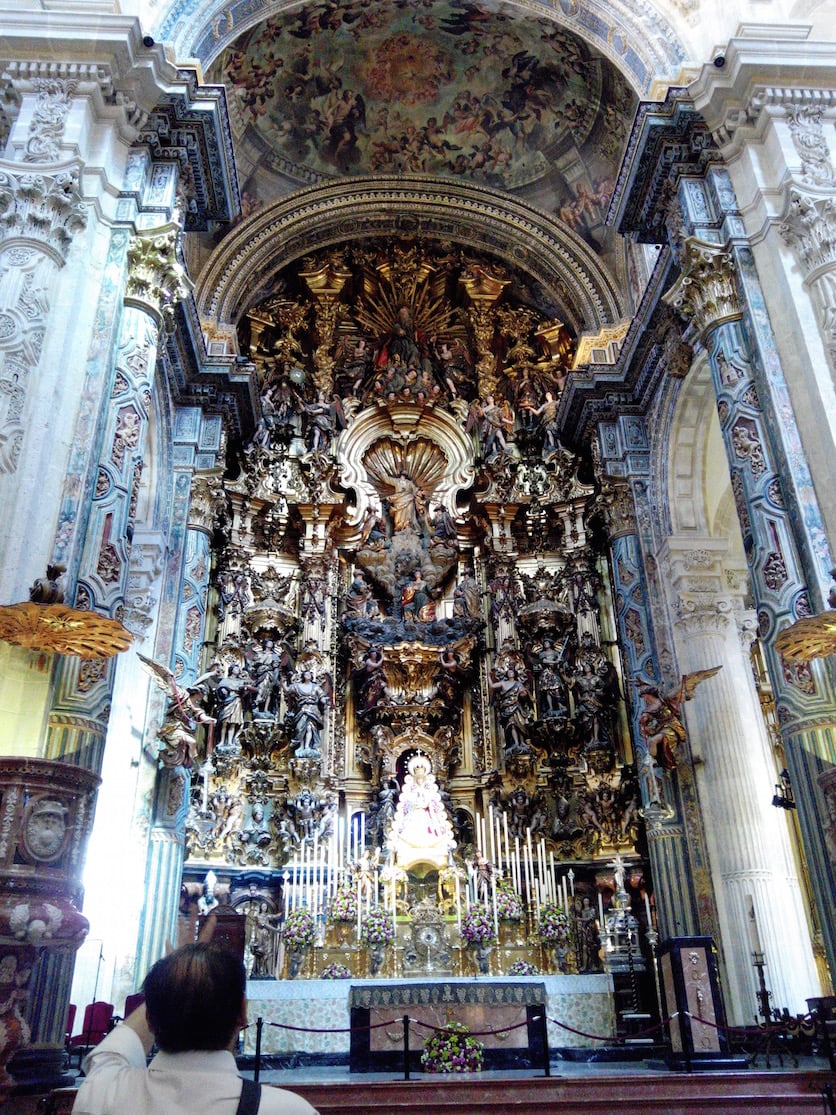 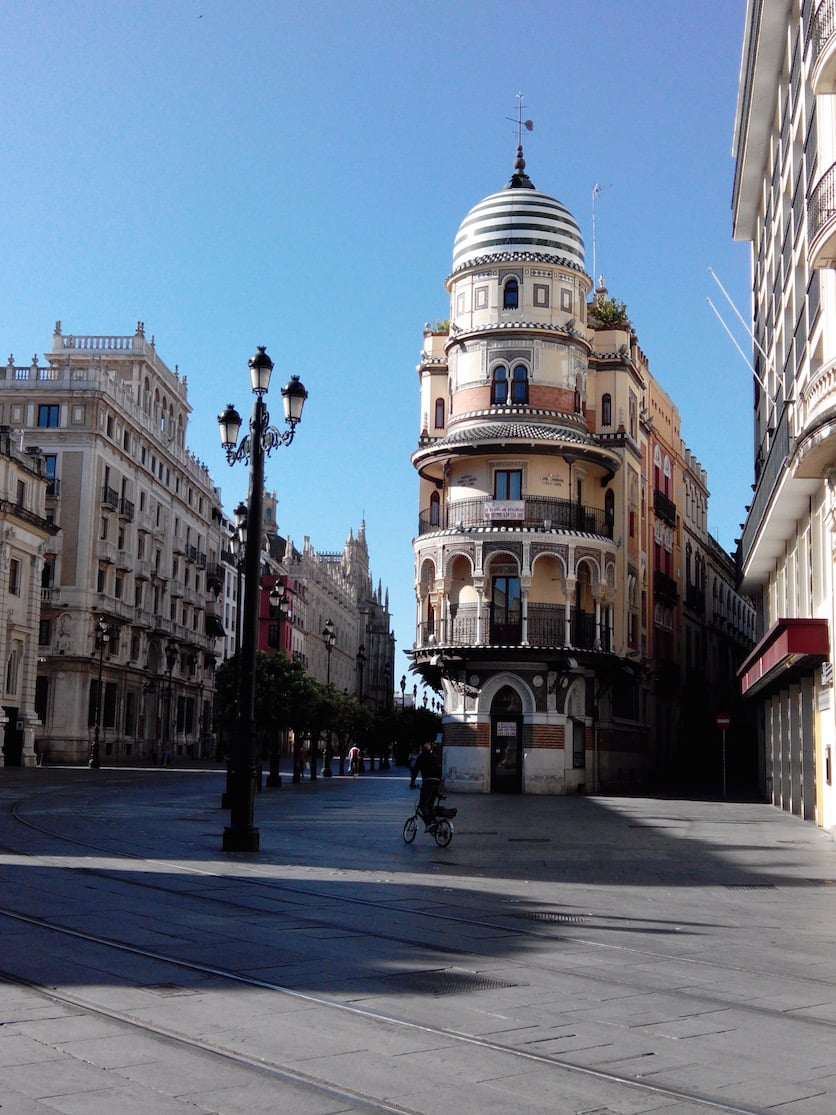 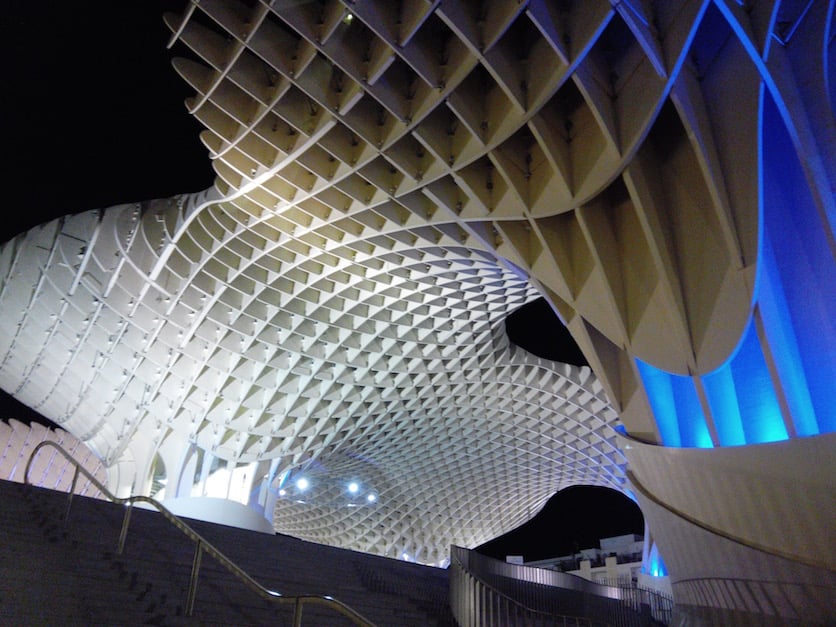 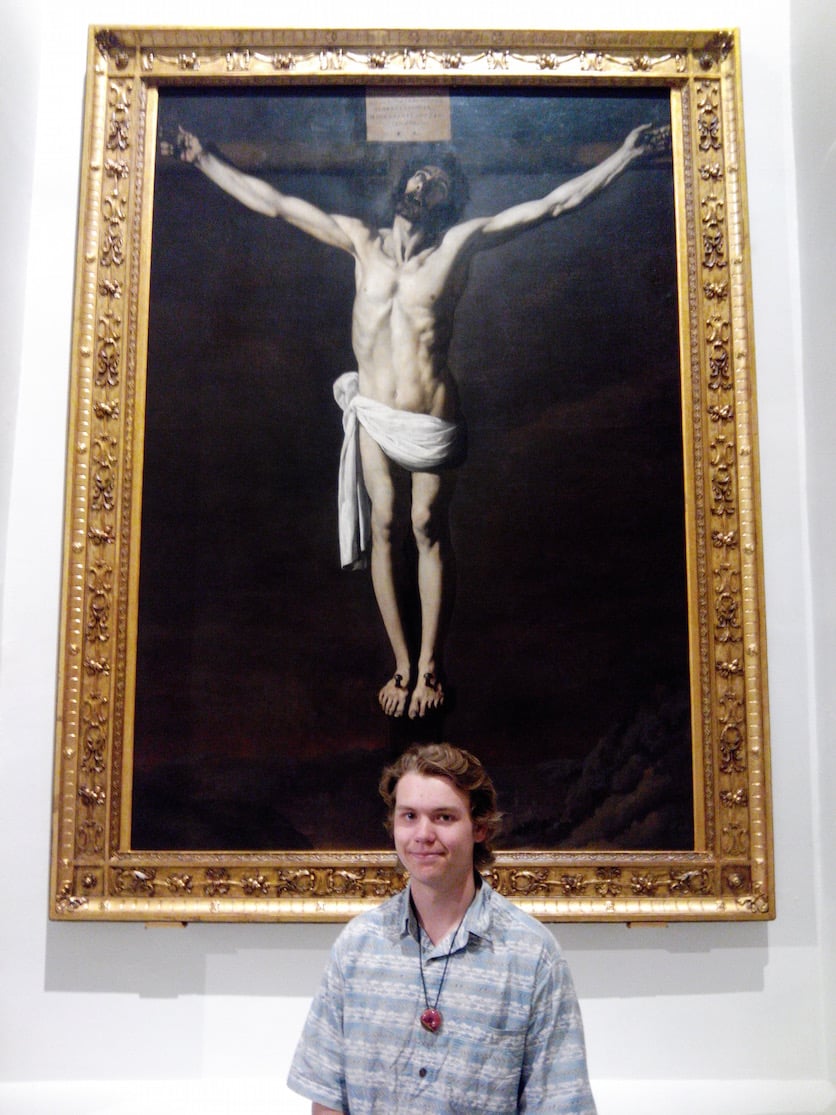 Cole standing before work by his artist Francisco de Zurbarán 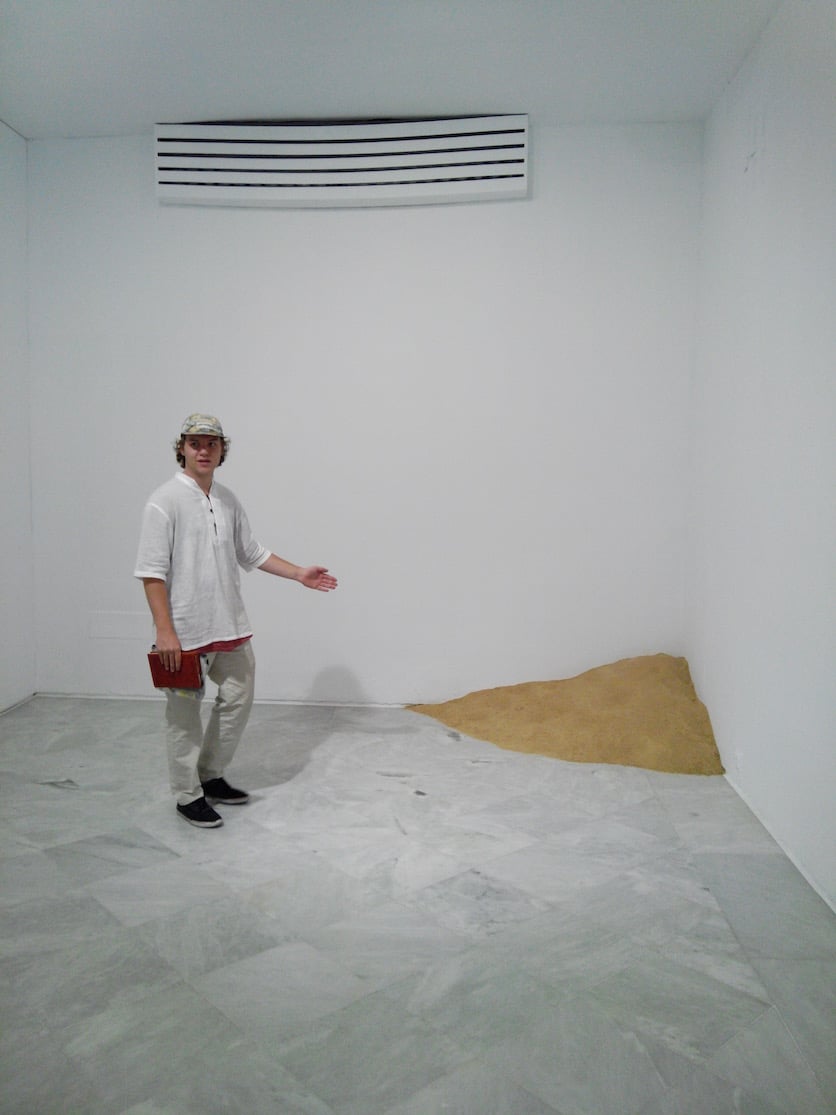 Cole standing in front of some new art...we think. 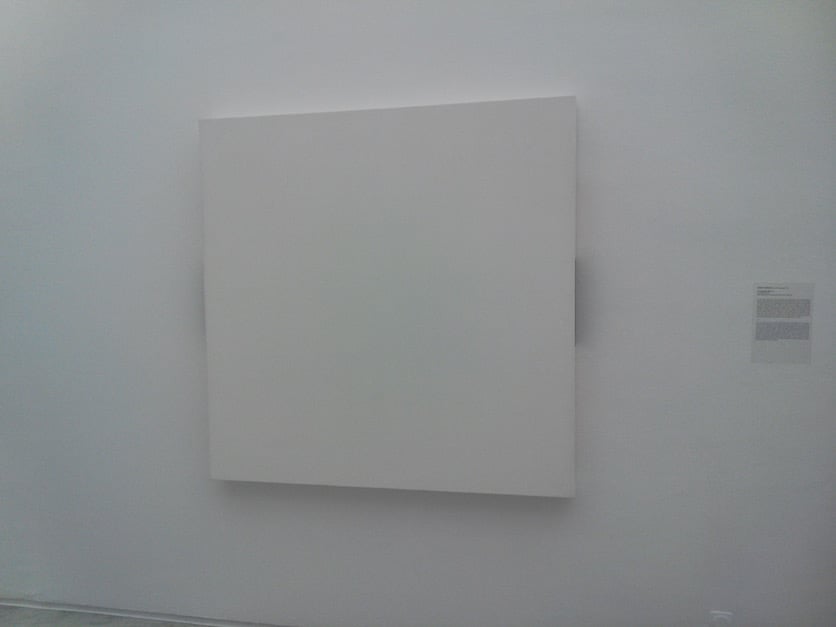 This one made me weep with wonder... 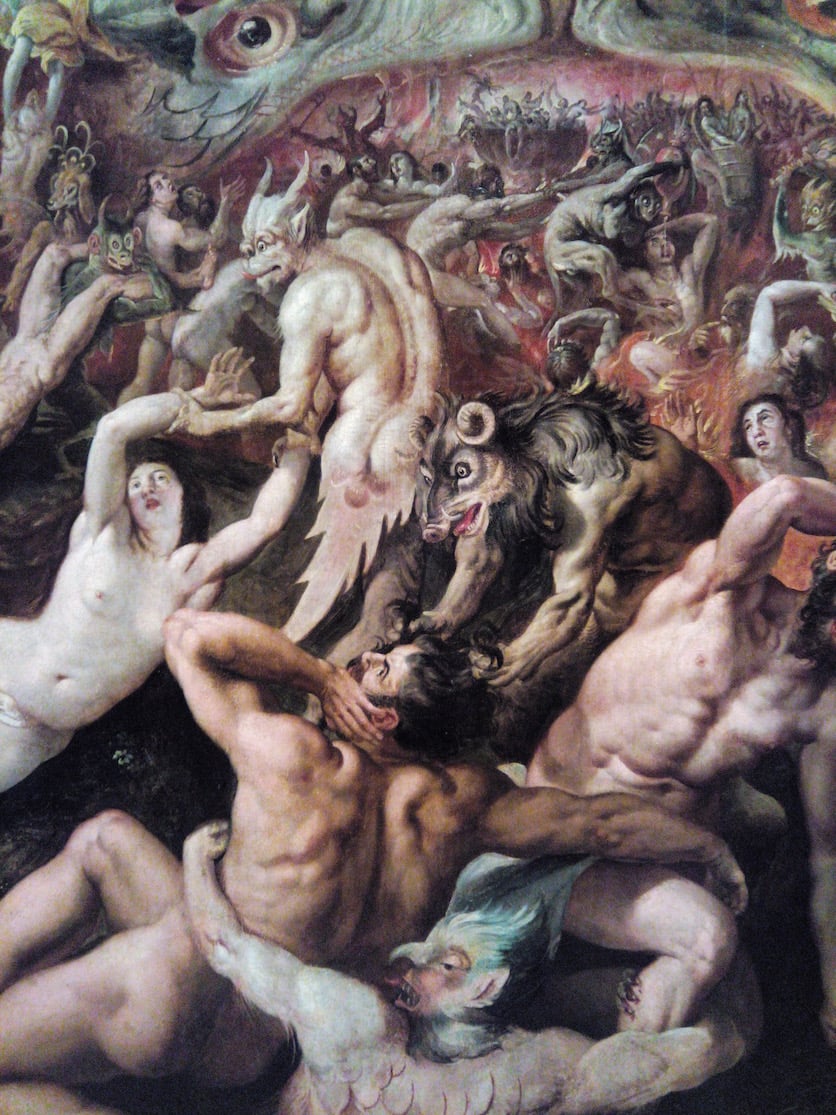 This  one made me want to go to heaven for sure rather than the other place... 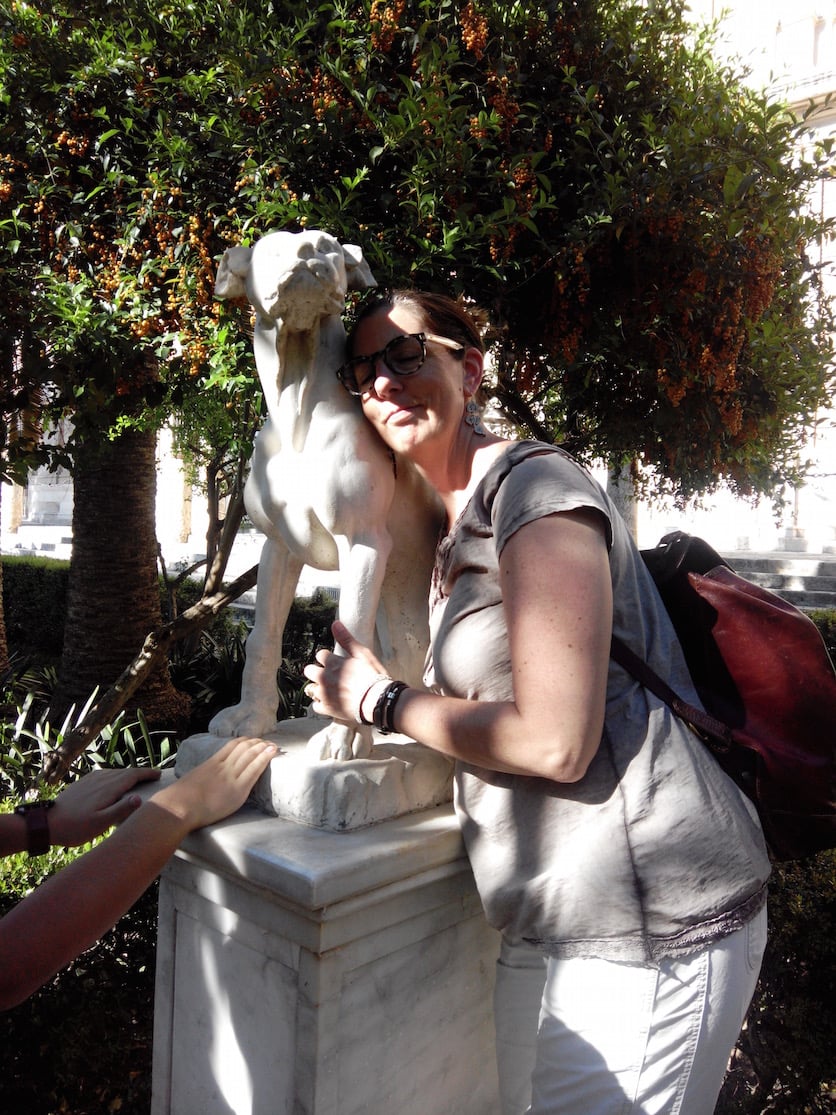 A Spanish architect took some of his time to flip through our sketch books - Carnet de Voyage. His drawings were amazing.

The other topic I’m going to reflect a bit on is my personal growth as an artist since I’ve been here. I haven’t done any visual art like painting, drawing, etc. since middle school and until I got on EAC I really wasn’t planning on it. But since I’m on this program I kind of have to, right? 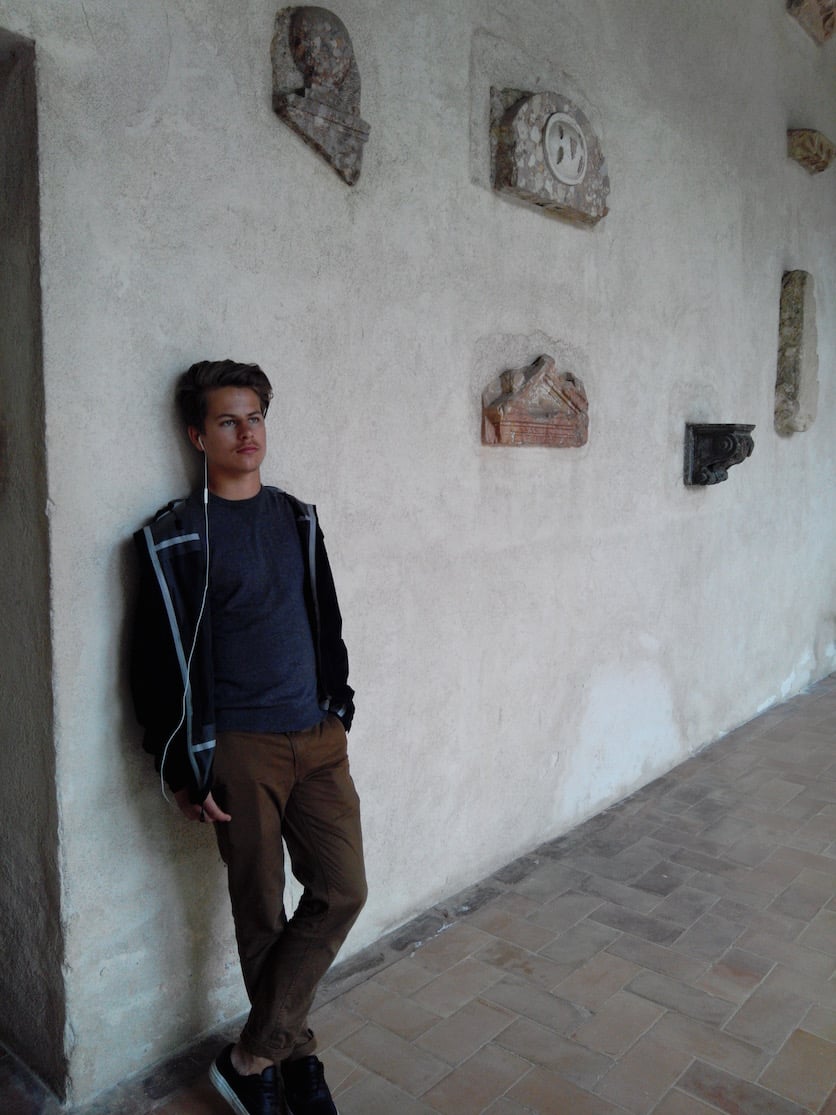 Well I’ve had such a good time painting and I had no idea that I’m really not a terrible artist as I had previously thought. At the beginning of the term, I was really inspired by some of the great impressionists and post impressionists like Van Gogh, Monet, Sisley, and Pissarro, and I really tried to emulate them in my work and while I liked some of it, I wasn’t entirely happy and I felt like it needed something more. In the past couple weeks I’ve actually had a bit of a revelation in my painting and I’ve tried a completely different style. So I was just casually on Youtube one day and somehow I stumbled on a Bob Ross video. Believe it or not I didn’t really know who he was, I mean I’d heard a couple people mention him and his happy trees and such this term but all in a joking manner. So I click on the video thinking this is going to be hilarious and thinking the art would something of an elementary school painting. I was so shocked when I was watching it, the whole time I was like, “Dang how is he doing that!” It was like he did a couple brush strokes and a tree would appear out of nowhere. He made it look so easy I thought I had to try it. 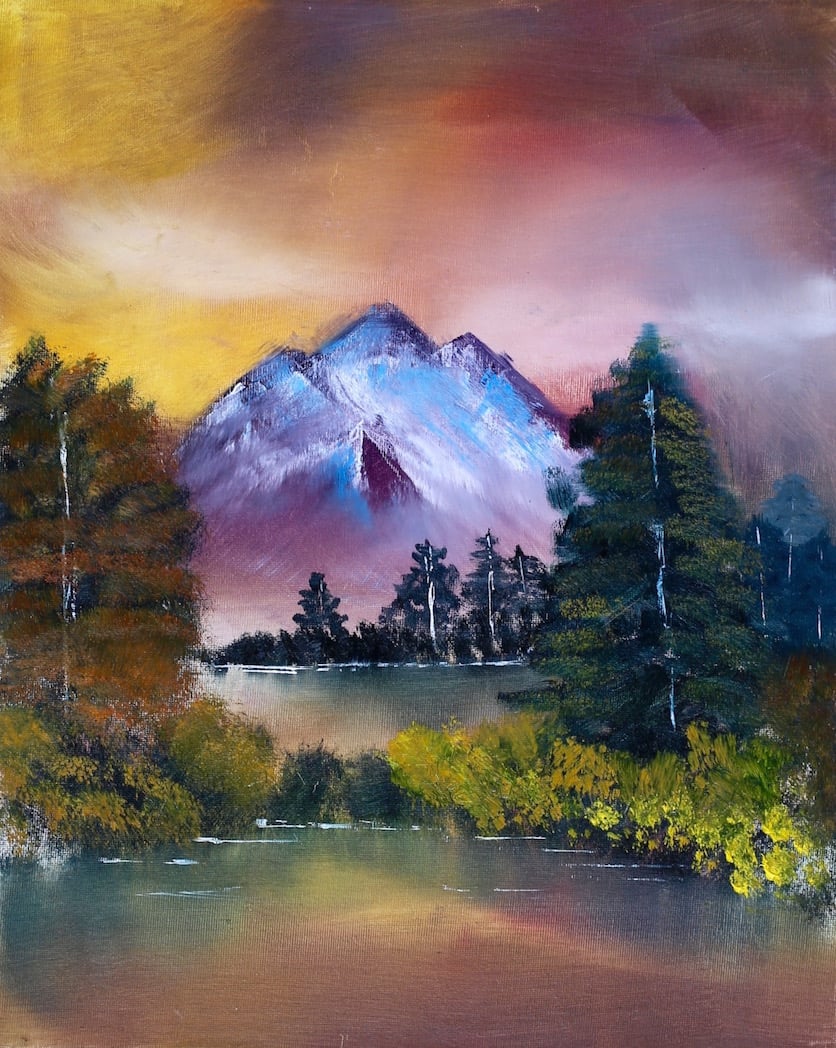 So the next day I pulled up one of his videos and actually painted along with it and at first I thought it was going to be so bad, the style was so different to what I was used to. But about halfway through I realized that it looked pretty good and it was really enjoyable too. I was able to paint along, yet make it my own and not do exactly what he was doing, just use the techniques he was demonstrating. When I was finished I was honestly really surprised at how good it looked and I just thought, “I have to keep doing more of these.” 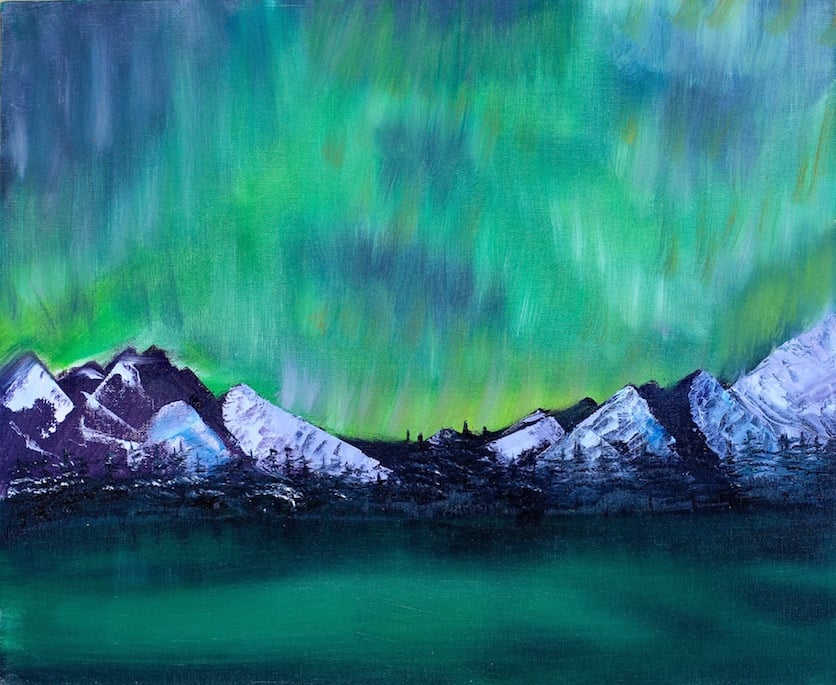 So I did another one a couple days ago, but this time I didn’t paint along to a video, I just used the techniques I learned the first time to paint a cool picture that I had found online of some northern lights. Once again I thought for sure it was going to be a disaster at the beginning, but about halfway through I knew it was going to look good and I just enjoyed the process. That’s probably my favorite part about painting, seeing something transform from what looks like a mess of colors into a beautiful painting. There are definitely moments where you want to quit because it’s so frustrating, but if you keep going you will be rewarded and be happy that you persevered. Anyways, have a good week and happy painting - Max Barrett