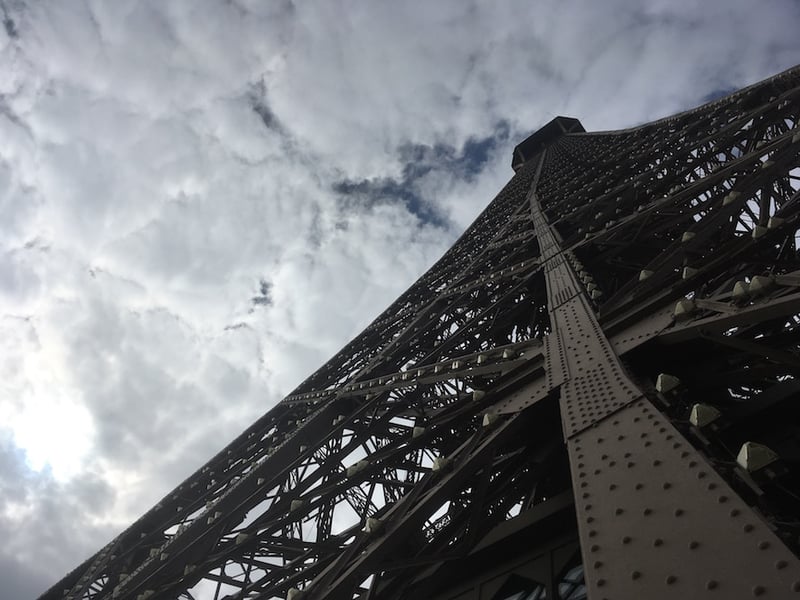 This was our first time traveling and leaving our little Aix bubble and the daily routine we follow each day. We were taking a break from “hanging around” and going on a “Grand Tour” of France’s capital, Paris. It seems that in Paris, everything happens due to it’s artists and historically showing it all off at the great Expos of the past. 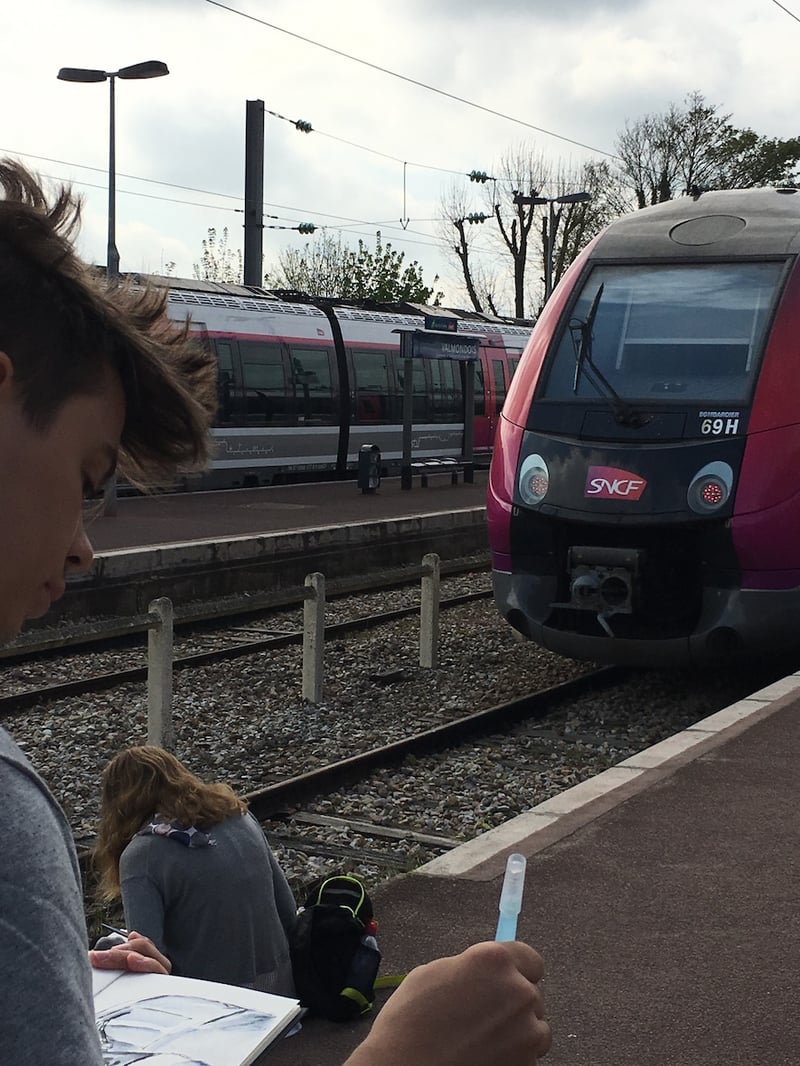 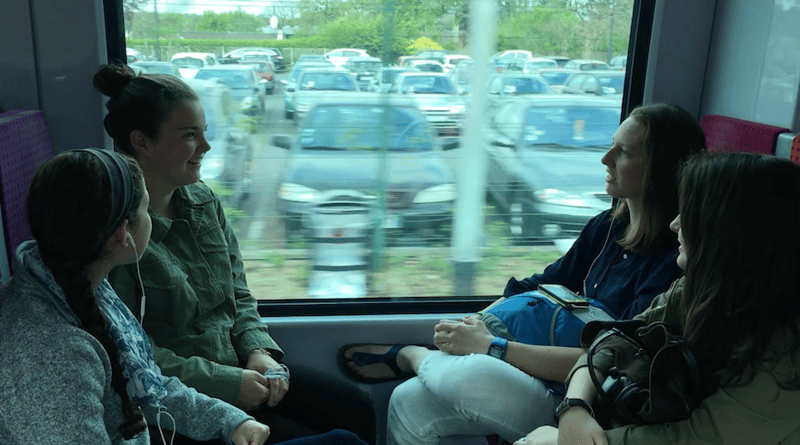 On Monday we watched the country pass by us from train windows and the city approach. Everyone’s excitement increased as we got closer and then the moment came when we walked off the train and we knew that we weren’t in Aix anymore. 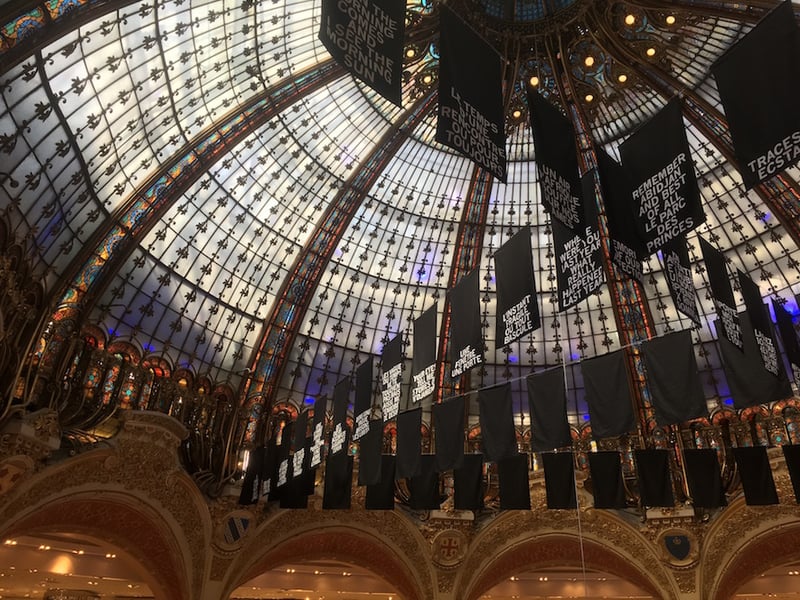 There was this feeling to Paris as though you could see the past. From the Impressionists to the city we’re in today. The sky was gloomy and looming and the metro smelled of sewage at some points, and the air was cooler than the south and the streets were constantly bustling with people. Walking through the city and seeing all the different parts, the monuments symbolizing specific French history that we had once learned in art history class was finally all around us. The first monument we saw on our “Grand Tour” was the Bastille, where a great prison once stood in the late 1700s. Just seeing it reminds me of my freshman history class.  We got interviewed on why we were storming the Bastille and it was projected on the auditorium screen. 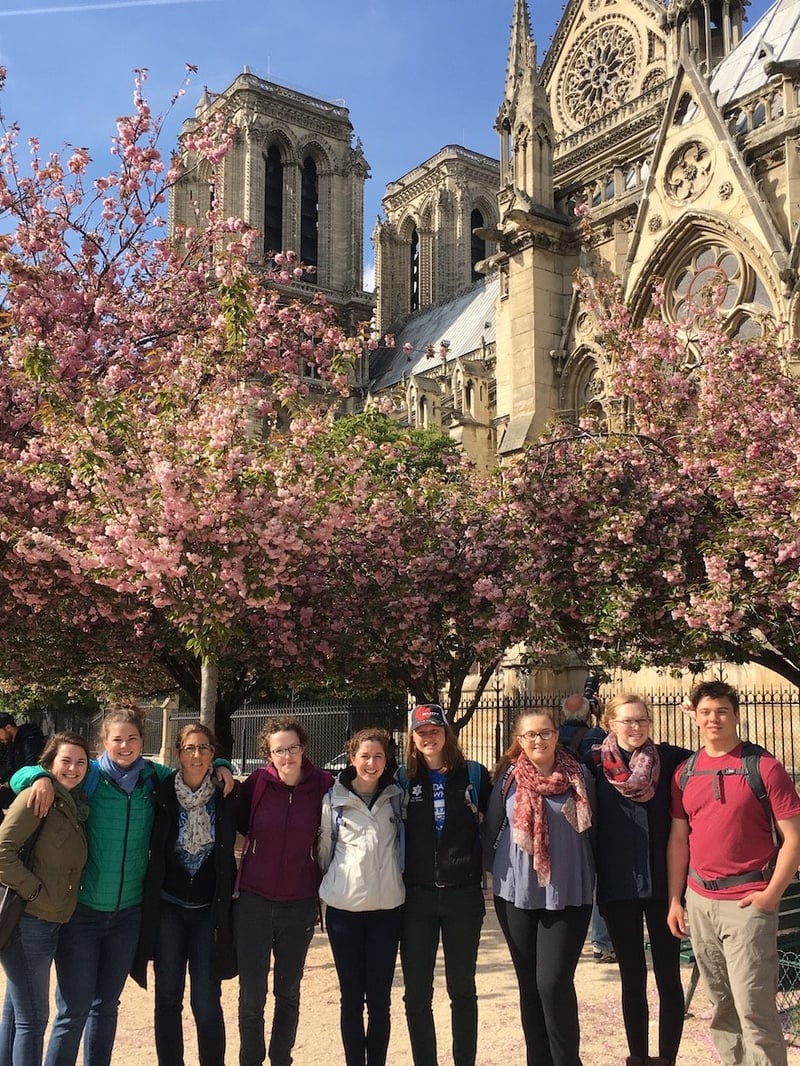 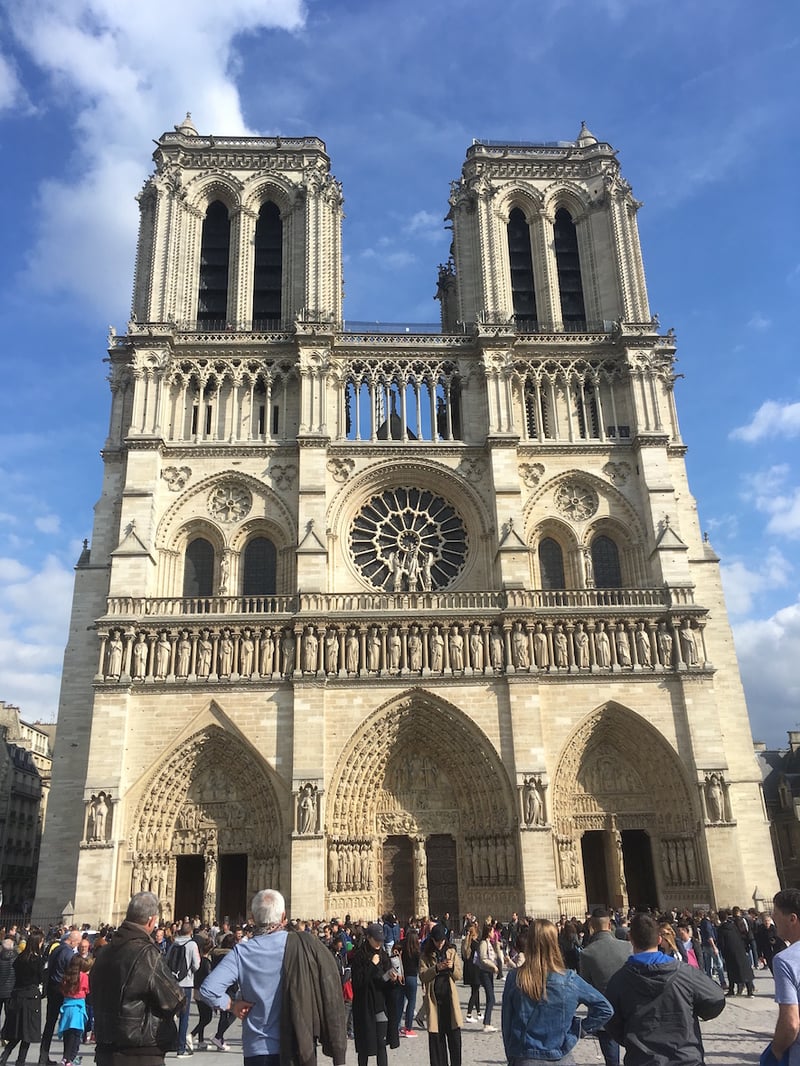 Notre Dame was next and while standing in line, we reflected on Disney’s Hunchback of Notre Dame and wondered if Quasimodo is still there today ringing the harmonious bells. Walking through the cathedral, we felt like a part of history and some the movie.

A fan favorite was the Palais Garnier, or more commonly known as the home of The Phantom of the Opera, which took everyone’s breath away.  With the decorations, grand marble staircase, gold everywhere, and overall expanse of the building inside and out, there is no question as to why this Opera house was called a palace. Jen was clearly this lady's favorite. 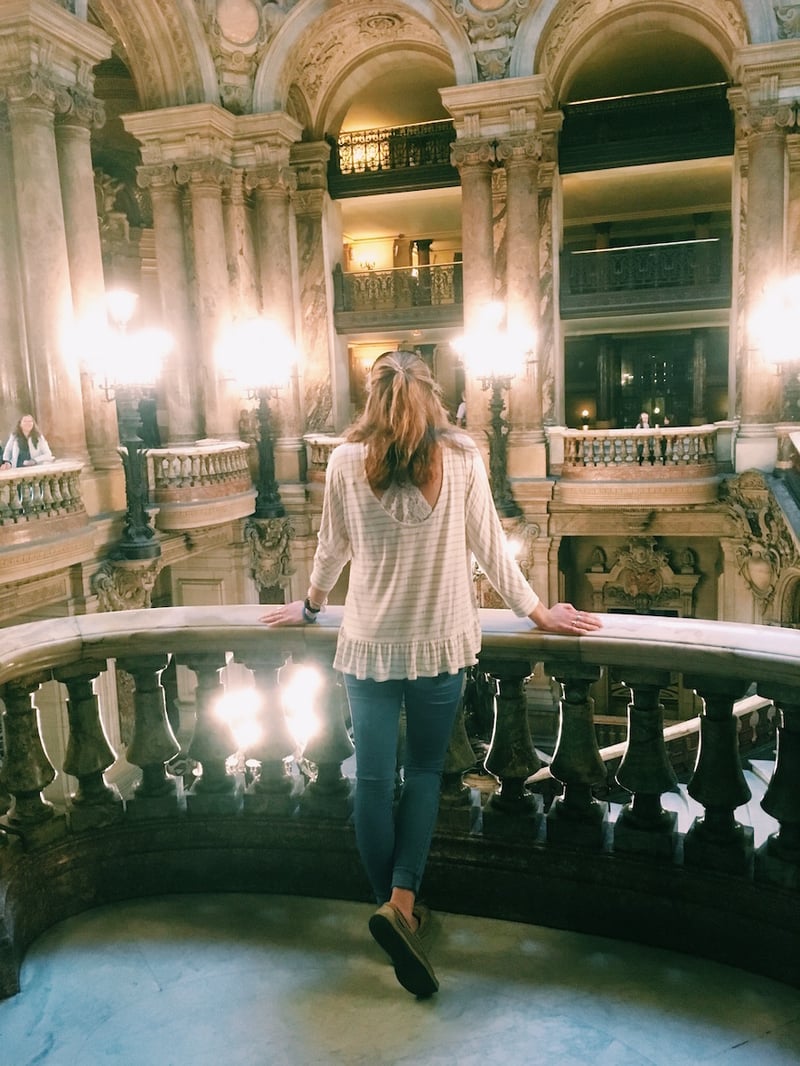 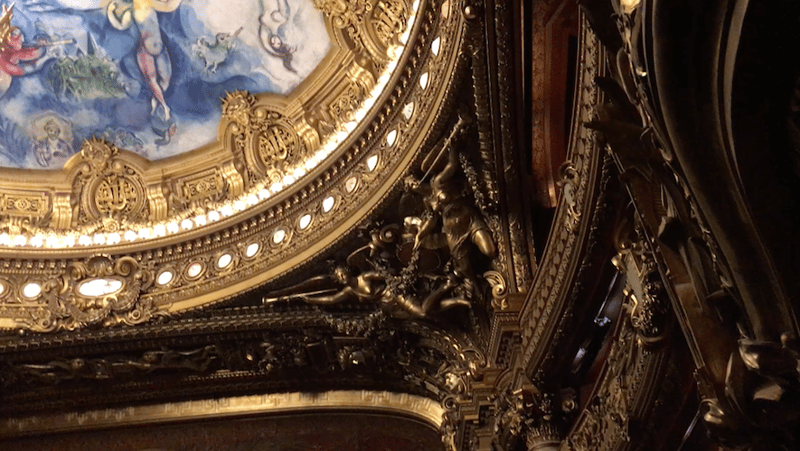 Studying art we thus had to visit the great art museums of Paris, such as the Louvre and the Musée d’Orsay. The two hold so many of the great works from Leonardo da Vinci to the Impressionists and so much of the art before, in between and afterwards. Everyone from around the world seemed to join us at both art museums because it felt as though we were herded sheep. We pushed through each room and past each piece of art with our eyes, while other visitors seemed to only take pictures or a selfie in front of the great works. 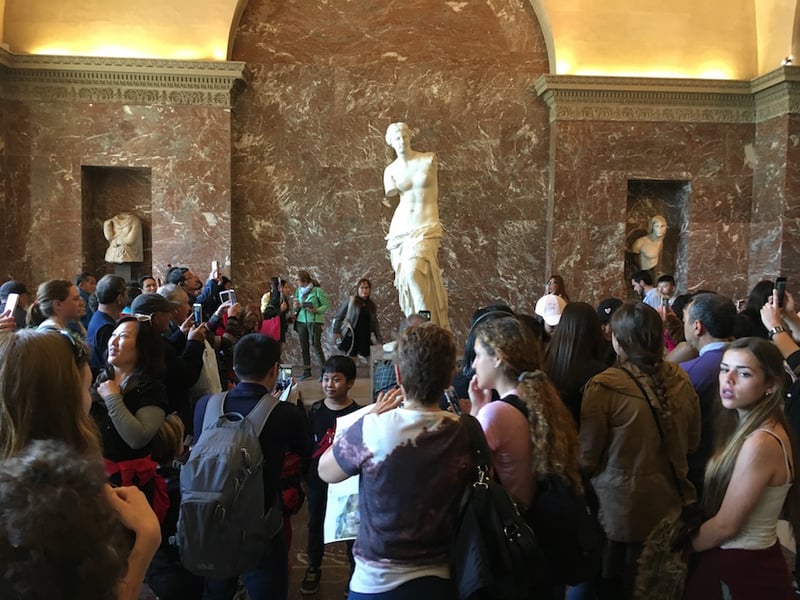 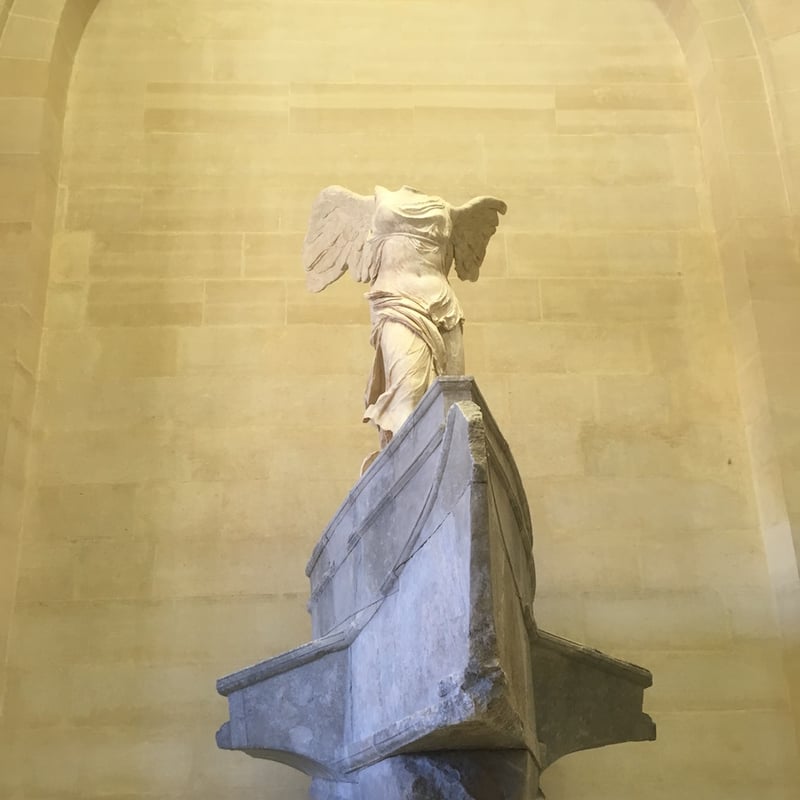 In the Musée d’Orsay most of the great works of the Impressionist artists like Monet, Renoir, Cézanne, Degas, Van Gogh, and many others from Realism to Post Impressionism were on display. We had learned about all these artists and their lives and careers and seen their works in slideshows, but in real life one can see all the bright colors and brushstrokes bringing them to life. 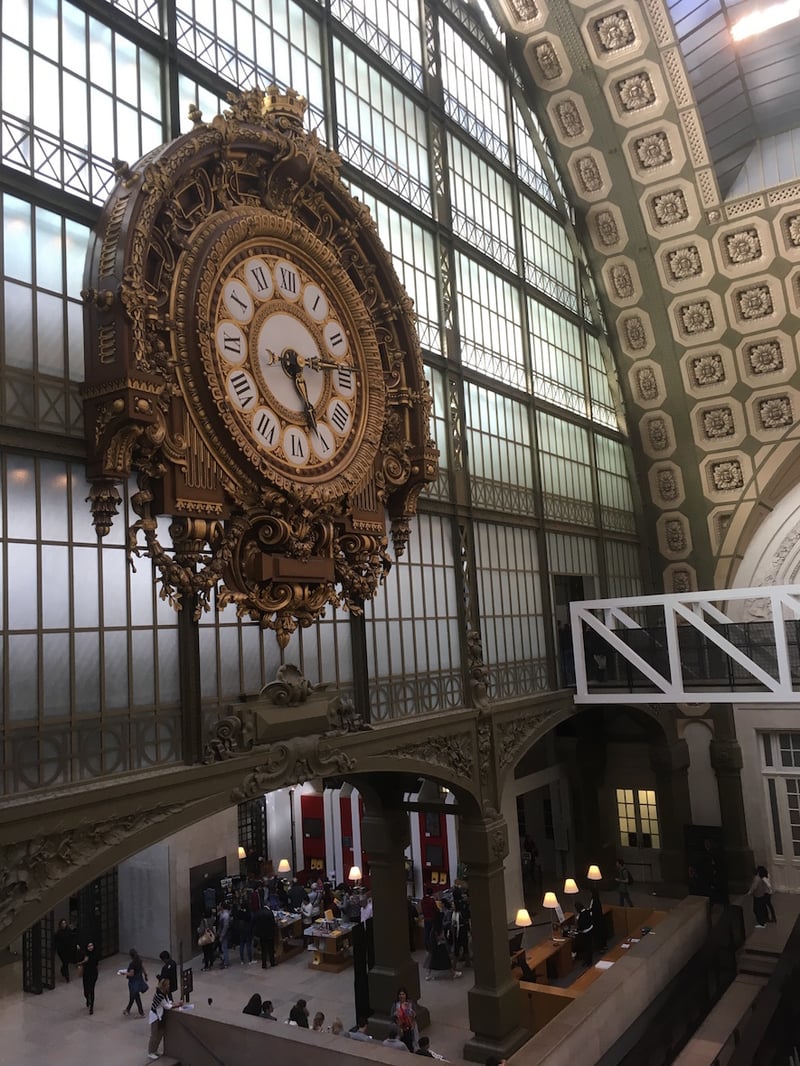 The Louvre on the other hand was a stressful endeavor because there were so many people. It was echoey, and the amount of people cutting in front of Dave as he talked about a painting was overwhelming. The Mona Lisa was surrounded and people were packed in like sardines to take a picture of the masterpiece when all we wanted to do was see it and appreciate it’s art and it’s creator without a camera cutting into our sight. 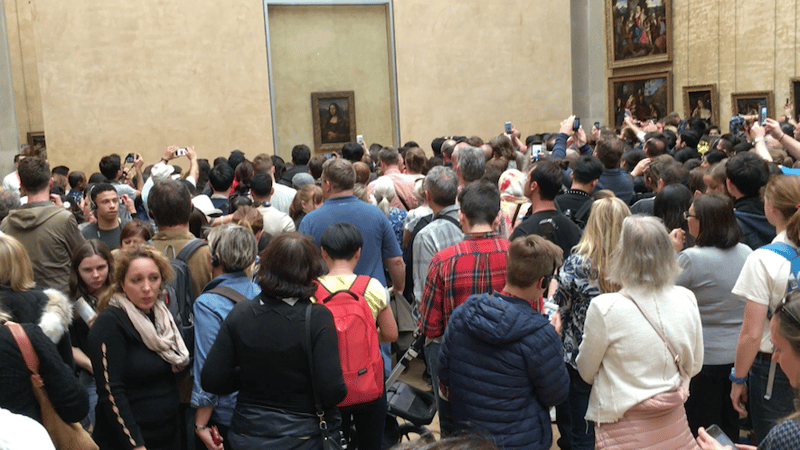 At night the city of lights came to life and Paris had a more chill vibe and feel to the city. One night we took a boat tour along the Seine River and got to see the city life and buildings along the riverbank. We received a guided history of the many bridges and buildings as they went by. We were able to see the Louvre, Musée d’Orsay, Notre Dame, and the Eiffel Tower all illuminated by lights. It was beautiful.  We arrived to the Eiffel Tower sparkling when it hit the hour as if it was surrounded by fireworks or wrapped in christmas twinkle lights. Perfect timing.

Another great view of the city at night was at the top of the Arc de Triomphe. Emily, Fisher and I climbed the 270 plus steps within the tower to the top of the Arch to see the city lit up with lights spread in every direction. That view or maybe the stairs and the cold, took my breathe away because we were on top of a national monument and seeing Paris from a new height and view. Off in the distance we could see the Eiffel Tower above all the buildings, lit up like a candle stick, proudly prominent in the skyline of Paris. 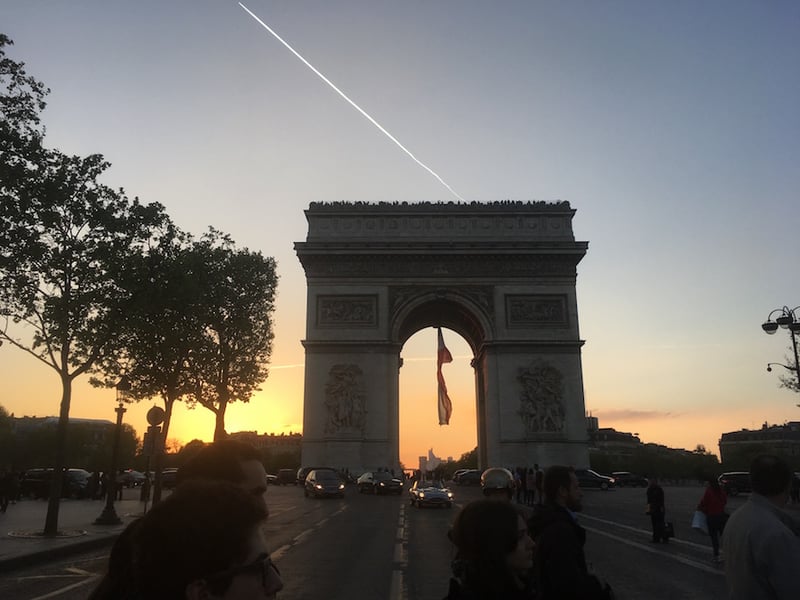 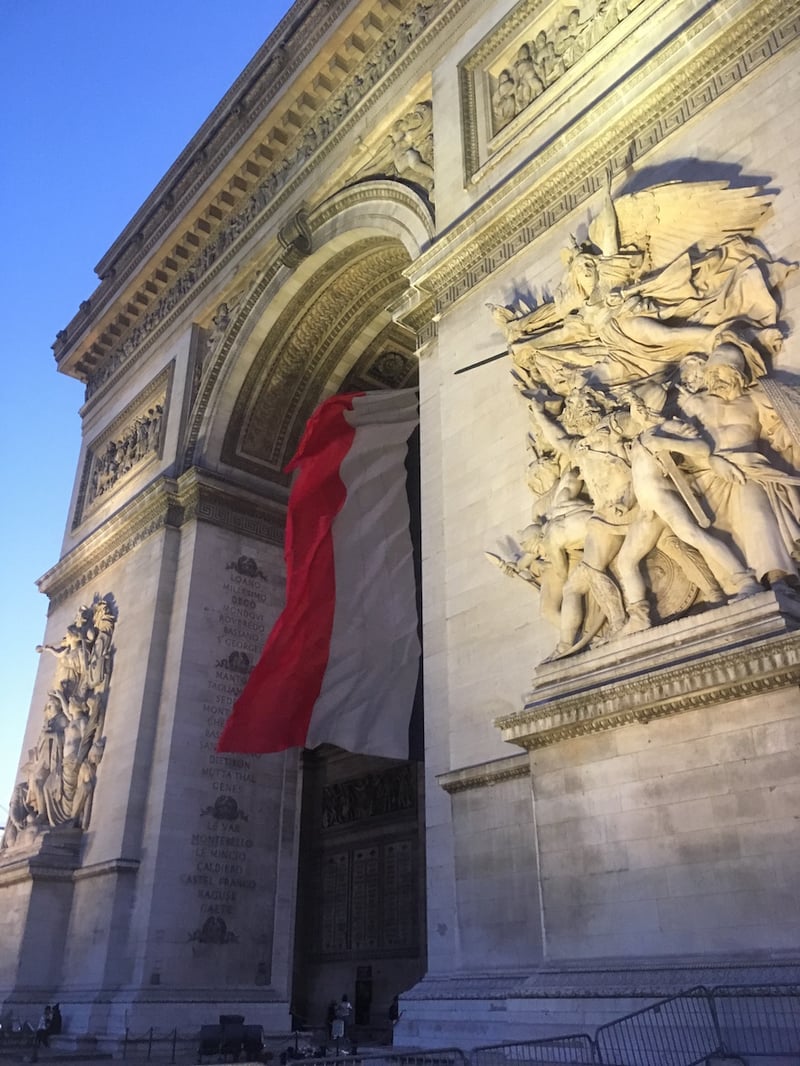 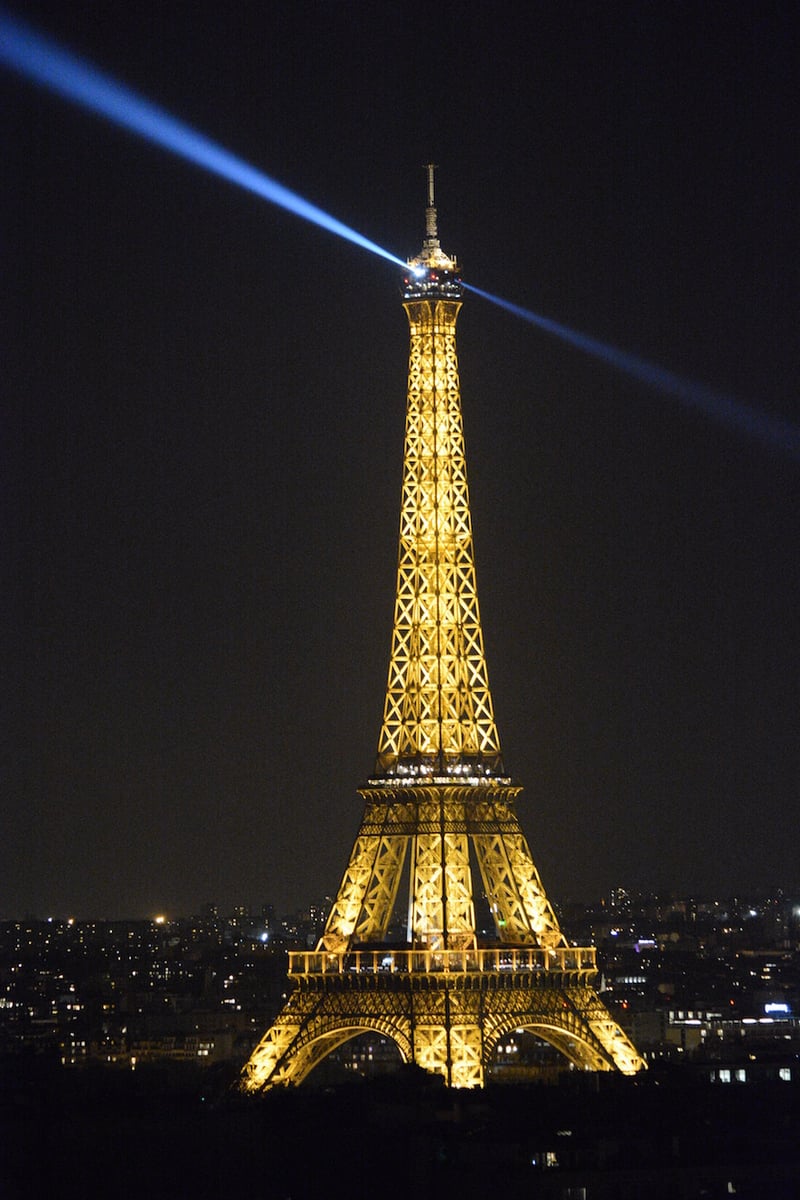 For me Paris was something right out of history books and the movies. I knew it existed and I knew its past, but I had never seen it in person. I felt that just beginning there and seeing the sights for the first time was just one part of my “Grand Tour” and that I was just scratching the surface. There are so many highlights for me personally, like eating macaroons on the Eiffel Tower, sketching on the Arc de Triomphe, sitting in a cafe journalling, being in the Opera House, going to Ladurée (luxury bakery since 1800's), and every experience in between. I don’t know when I’ll ever be back but I know I made the most of this time I had, and I’ll always have the memories.