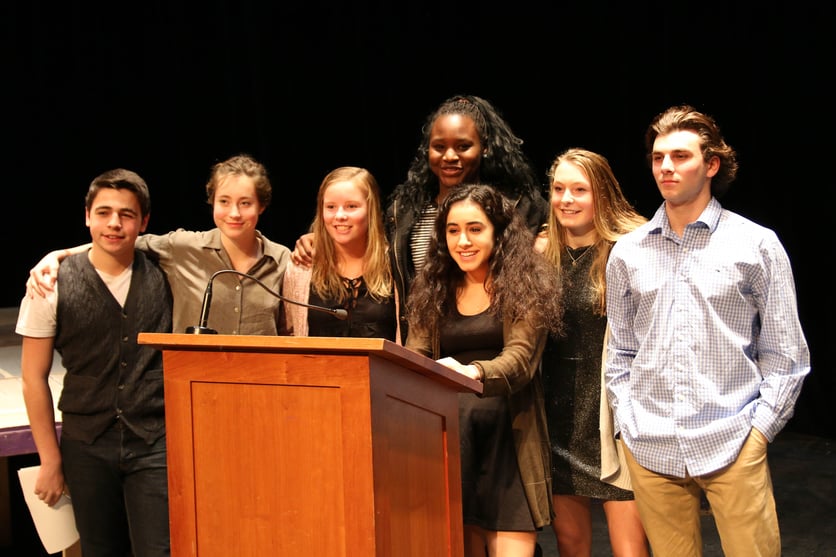 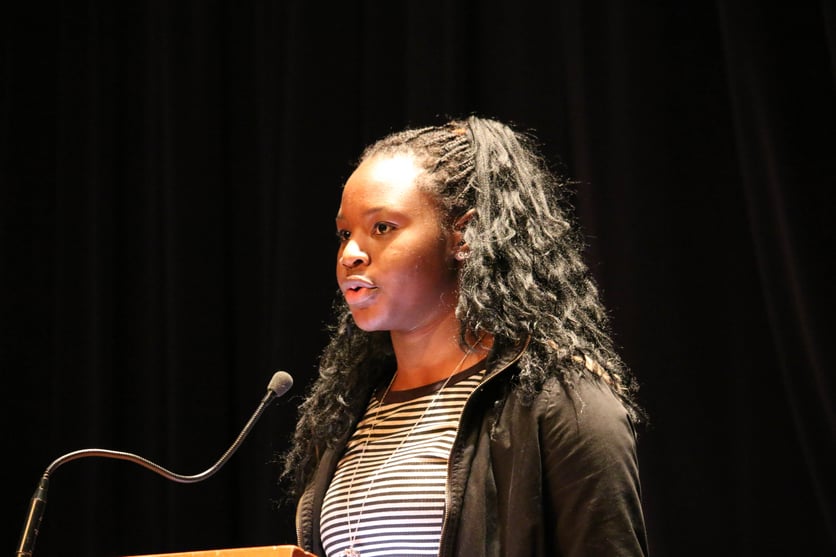 Maybe I carry the bias of an educator, but any student who can get up in front of the school and talk about the most personal of issues and yet at the same time the most broad spectrum of concerns – the delicate and frightful journey of immigration, the scourge of racism and blind spots, sexual assault, addiction and parenthood, the death of a family member – any student who can do this with poise and grace, with the “I am going there” courage that a great speech requires, has the potential to not only captivate but to stand with the best. On Thursday these young orators flexed rhetorical talents. We listened, we learned, and they stood with the best. 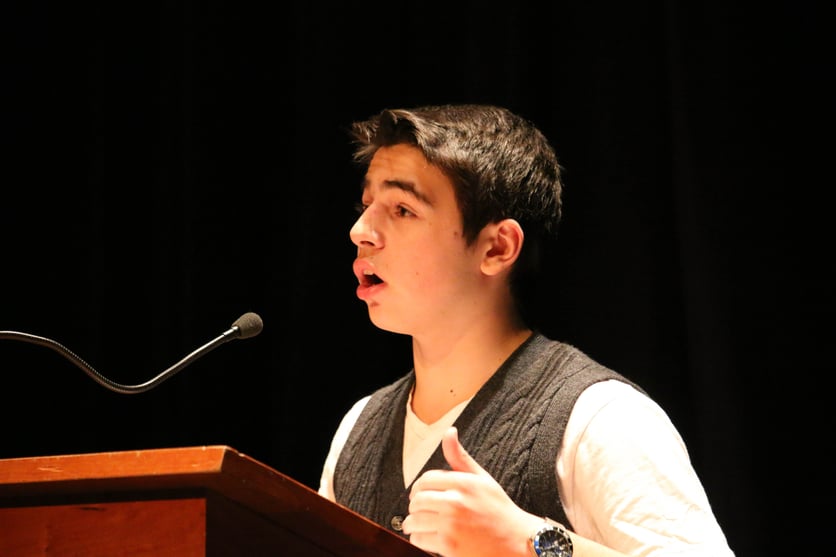 What we know as educators is that sometimes the most powerful learning happens in peer-to-peer moments, and in the quiet of the auditorium on Thursday night, in the pauses between the lines that Erim, Mark, Angelique, Mila, Lainie, Sofia, and Olivia delivered, you could almost hear the whistling intake of an audience learning. Thursday night was raptness defined. Had the President (and the country) heard these speeches, perhaps they would have felt the twin blooming of hope and courage. Surely he (and the country) would have sensed the girders of a bridge that might carry us towards a brighter future. Those speeches should have been on CNN, should have been heard by a nation. 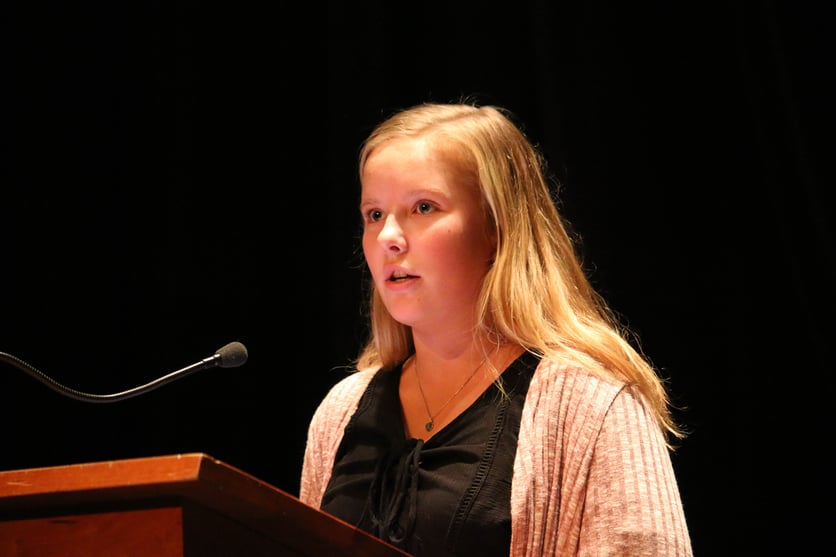 Bill Hays and John Pendleton, both inspirational architects of this annual contest, have given the community – all of us – a great gift that has lasted 18 years and will last into the foreseeable future. But a contest such as this cannot reach the level of potency it has today without the teachers who guide and help unlock these voices, the courage and hard work of the students themselves, and the support of a community well versed and conditioned to embrace hard honesty. Such a setting has to be nurtured and sustained. It has to be tended to, and to that end there is gratitude that we share with all who help contribute to the making of these moments and the community that is Proctor. 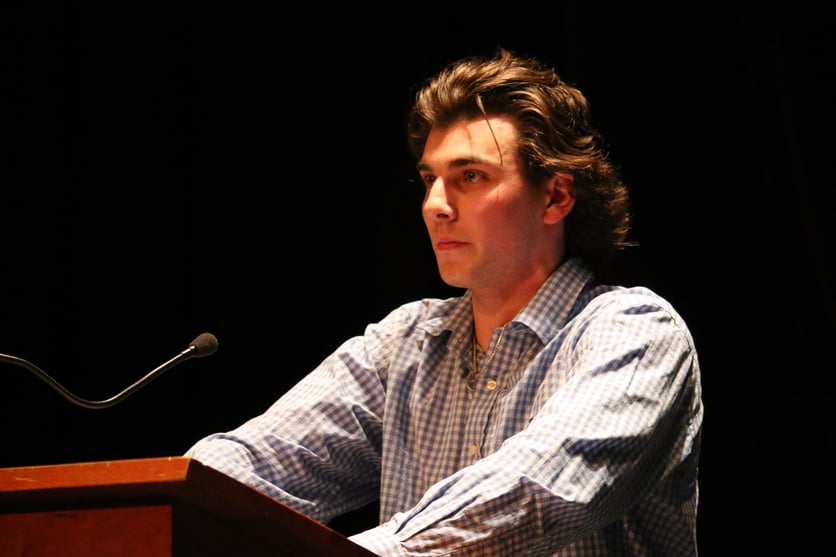 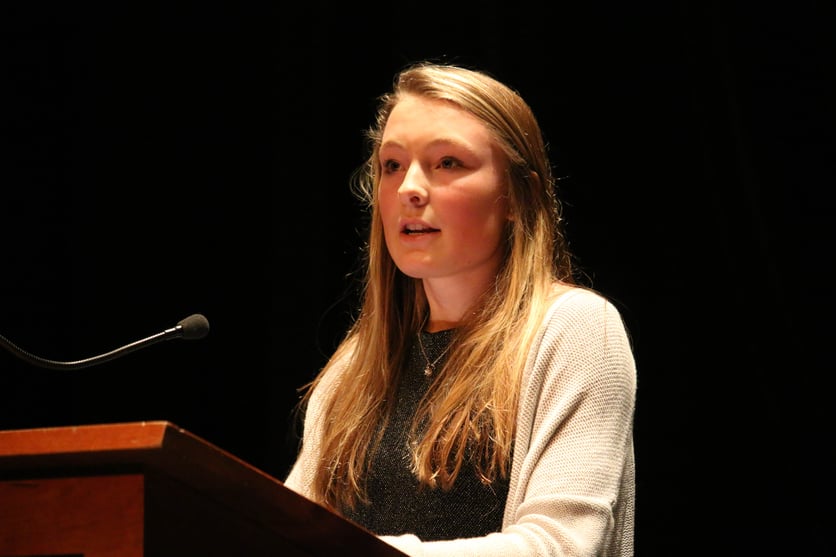